For about a month now we have been wanting to take the boys to see Inside Out but the timing just wasn't working out. We threw out the idea of trying to catch it at the drive in one weekend but our weekends filled up or the weather just wasn't cooperating.

To our luck, waiting worked out. Not only was Inside Out playing but the Minions were up first and that's what the boys were really wanting to see. We had planned on going on Friday but again, the weather kept us at bay. Saturday was going to be a busy day but we decided to try and fit it all in since the boys would be heading to my mom and dad's for a week the following day.

We threw the idea out to Adam and Becky & Janet and everyone was in. The movie was set to start at 9:15--already about an hour past the kids' bedtimes. We decided that would pick up some food and meet at the drive in around 7:30, two hours before the movie started, no worries right? Wrong. Adam and Becky were in line and as they paid they were told we better get there quickly. We were literally 5 minutes away and couldn't get there any quicker because of a TRAIN, that's right dad, a TRAIN!

Luck was on our side again, we made it through the gates just in time and found our way to the end of the row next to Adam and Becky. Mind you, it wasn't even 7:30 yet but we were in. Now, we just had to kill about 2 hours… 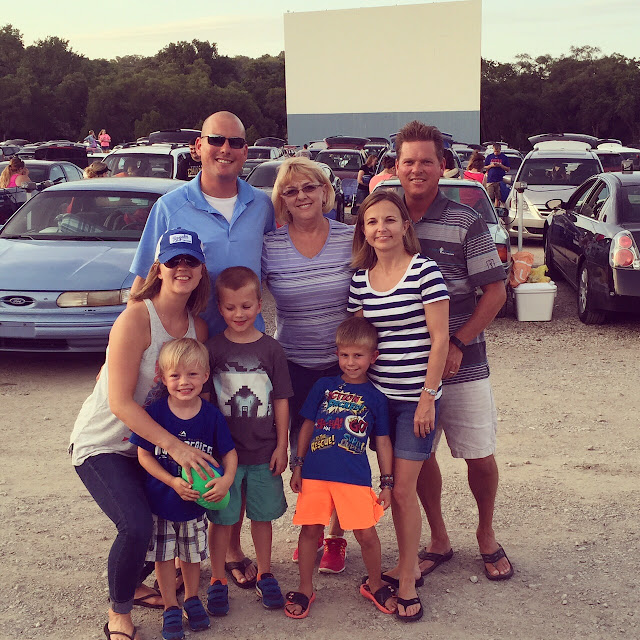 We took a picture in front of the Boulevard sign---with a selfie stick. 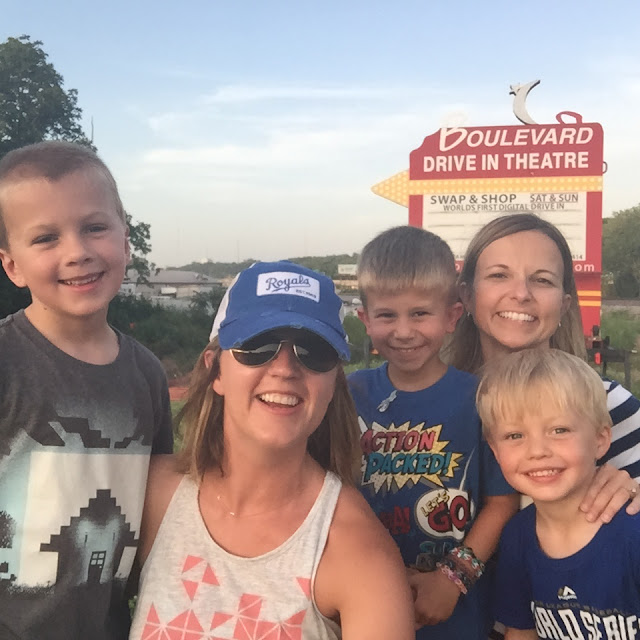 The boys played on the hill. 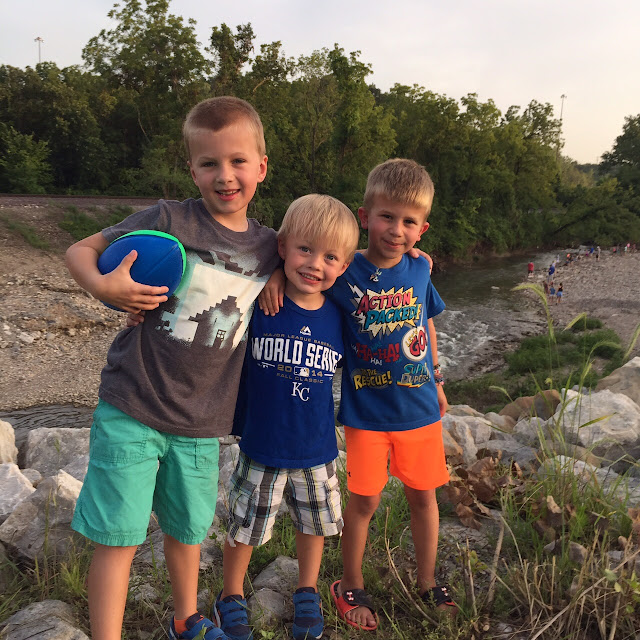 They played football in the isle in front of us. They did bubbles. Then Grammy said she would take them to the top of the hill again. After noticing they had been gone for awhile and the countdown to the start of the movie had begun, I climbed the hill to look for them. Surely Grammy wouldn't take them down to Turkey Creek would she? I mean it was a little bit of a climb down with huge rocks everywhere and there was only one of her and three of them. Surely not.

SURELY SO. Which meant Becky and I had to venture down there too & when we arrived, Grammy laughed and the boys kept skipping rocks. She's lucky she's the grandma! 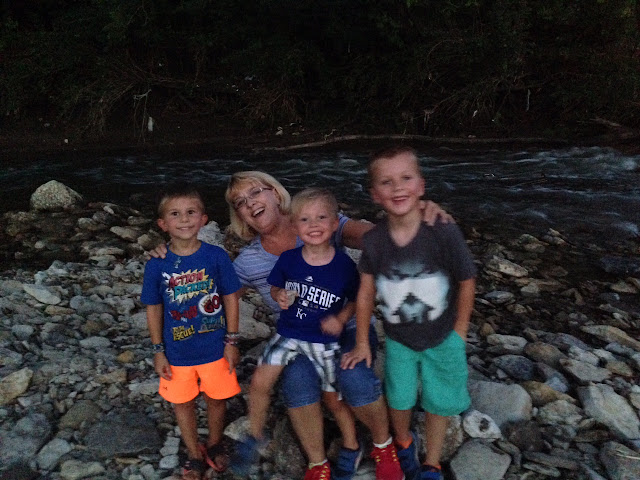 The plan was to watch the Minions and probably leave after it was over even though we wanted to see Inside Out, it wasn't starting until 10:45 which was WAY past their bedtimes. Of course, that didn't happen. After the Minions ended, they boys were still awake and they did not want to leave so I talked Justin into staying for Inside Out and surprisingly both our boys made it through the whole thing.

We may have walked through the door at 1:30 in the morning but it was worth spending a few extra hours with the boys sitting on our laps before they headed off for a week of fun at Grandma Sara's and Papa Tom's. Plus Inside Out made sitting out in the hot, hot, heat worth it. Such a cute movie and as much as I wanted the Minions to be a good movie, we won't be on the edge of our seat waiting for it to come on DVD.