When we go home to SWMO it's always busy & always filled with family time. This last trip was an extra special one because at the last minute we pulled together a mini family reunion. My Aunt Cinda and Uncle Harry were in town from the Baltimore area and my cousin Renee and her children were in town from New Jersey. Sadly, the last time I had seen Renee was when our Grandpa Bob passed away in early 2011, I was pregnant with Logan and she was pregnant with Sara. So as you can see, a lot has changed. 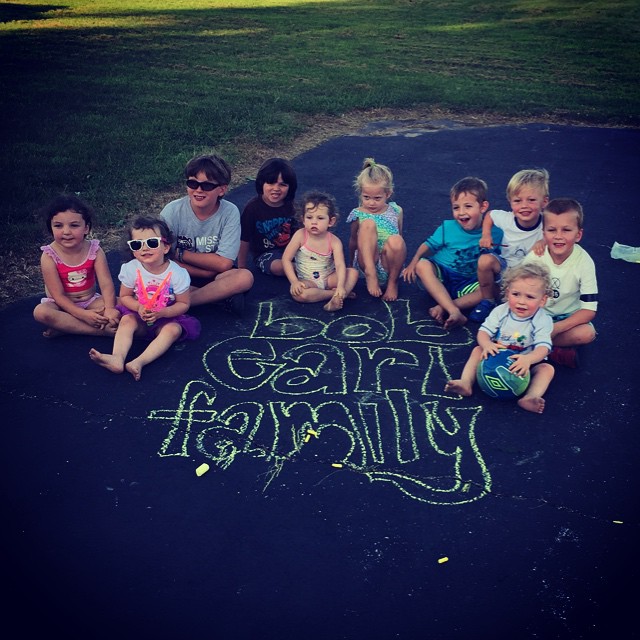 Logan, Sara and Grace were born within 6 weeks of each other. Followed by Lauren (Sara's sister), Madison, and Will (Grace's brother). So that's 6 kiddos being added to the family since we last seen each other.

We had Madison's birthday earlier in the day and finished it up with a little bbq on the Dale Earl Farm. The kids played in the water who are all around the same age, played in the water and ran freely in the huge front yard--gotta love country living. 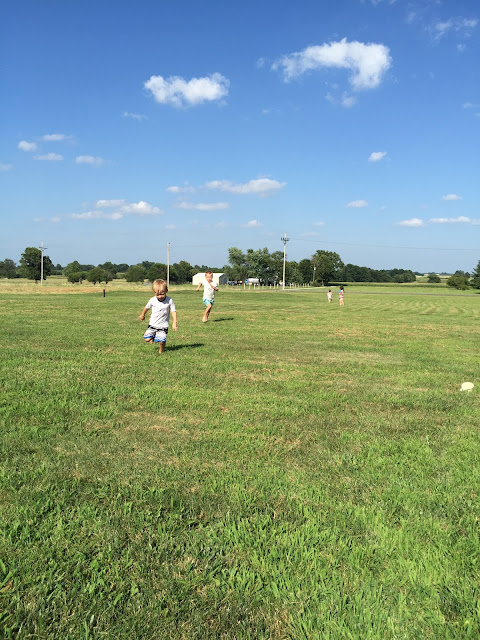 They had a water balloon fight and after Justin nailed Logan, he got a free shot back at Daddy, however he missed and hit me as I was taping…

They ate popsicles and for some reason were completely drawn to Justin. 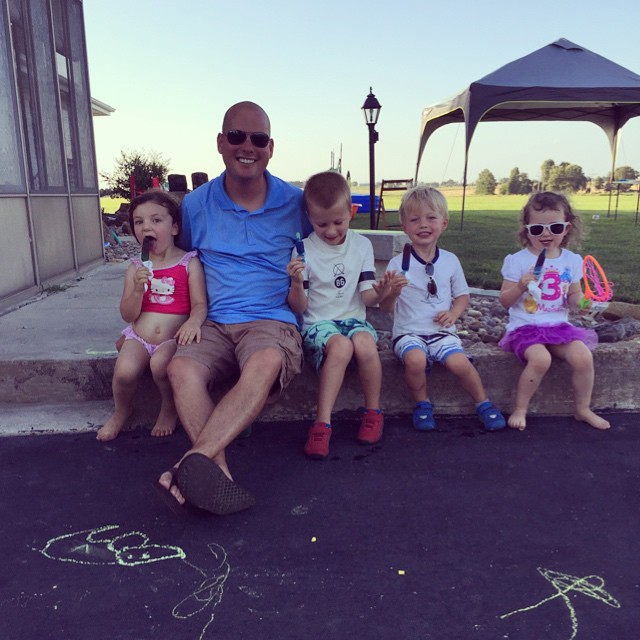 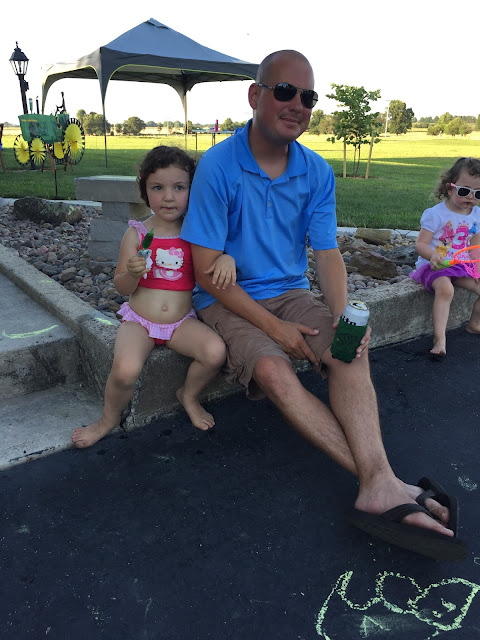 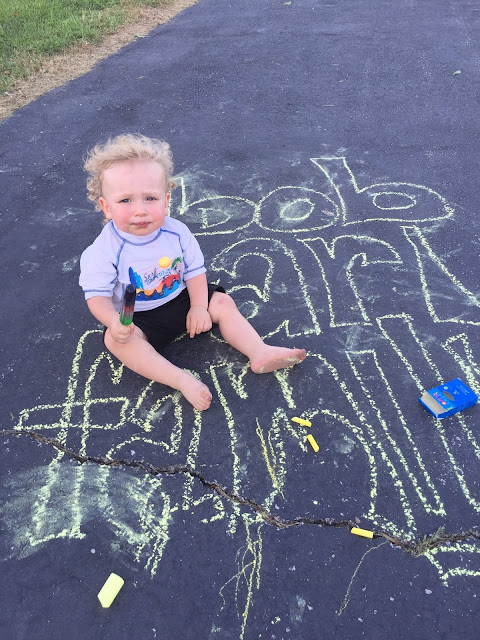 They went fishing with cane polls and Logan even caught the first bass from the pond, he was so proud. 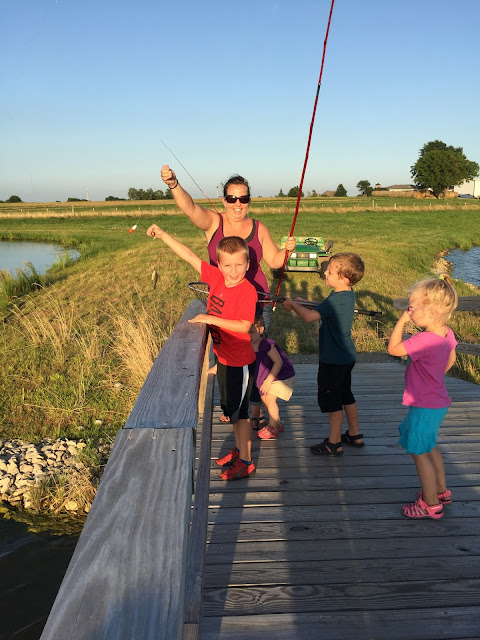 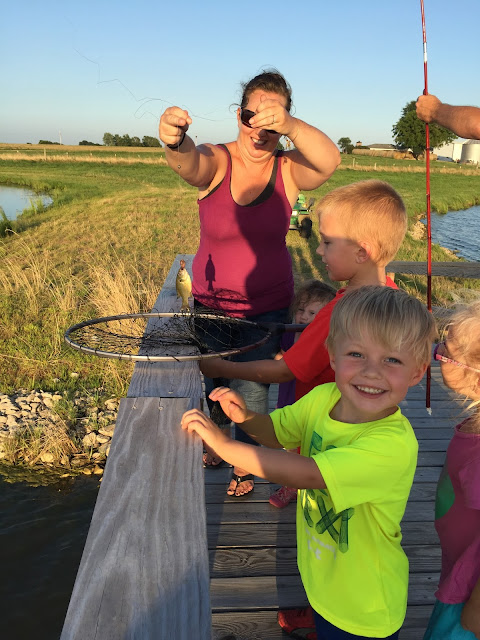 They chatted while skipping/throwing rocks. 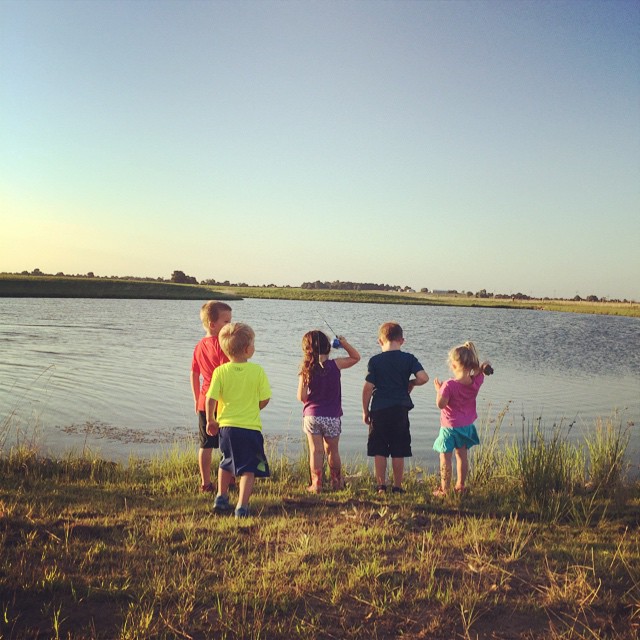 We stayed as long as we could knowing we still had the drive back to KC to make but as usual, it's never enough time. The stories, the Earl laugh---Levi, Melanie, & Casey laugh---just doesn't get old.

& you know, having lived in the city for 11+ years, I'm not sure I could make it on the farm or at least it would take a lot of time to get used to but visiting the farm and having the peace and quiet that comes with it, sure is a nice.  I {heart} family.
Posted by Kayla South at 2:26 PM