We Got Blake Too.

We couldn't have Leah come and stay with us for 3 weeks and not have some time with Mr. Blakers too so  we made plans for him to join us for the last week. We just needed to figure out how to get him to KC, his mom was headed to Vegas and at the time when we were planning this, we were just getting back from the lake. Luckily my mom and dad came across some Royals tickets for Father's day and brought him up with them.

We met them after church at a gas station where my dad got the boys on a sugar high with slushies & where Kaden showed off his mad magics skills.


Kaden is a little obsessed with magic these days. It's pretty cute.

We didn't have much time to talk with my parents as they were headed to the game with their friends but we did manage to get one pic in with my dad--after all it was Father's Day. Why does Blake have on only one sandal? You got me. 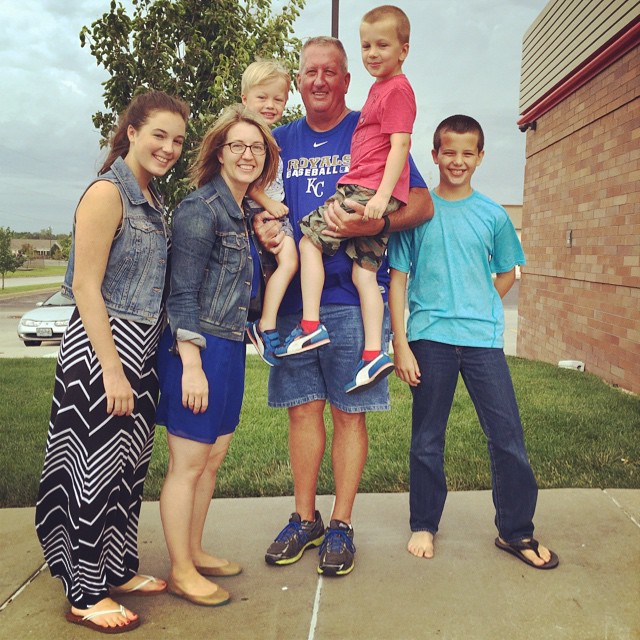 Three weeks earlier we were just a family of four, now we were a family of six. And let me tell you, six is a game changer. Eating out became ubber expensive but we still did it. Silence was non-existent but then again, we didn't miss it. The best thing about having Blake with us, watching him and Leah realize just how much they missed each other over the past couple of weeks and how great it is to have a sibling, even if you don't always like them.

And even though Blake was going to be with us for about a week, I wasn't going to get to spend that much time with him. I was headed out on a flight first thing Wednesday morning and wouldn't be returning until that Friday, so Justin became a single dad to 4 kiddos. Not only did Justin become a single dad, the big kids, Leah and Blake, watched the little ones for us since Ms. Brenda was on vacation. I was never worried that Leah wouldn't be able to handle them, I was worried that she wouldn't be able to handle Blank and that they would spend more time fighting than watching the kids but they proved us wrong each and every day. The kids, Kaden and Logan, had such a fun week with their cousins---they painted pictures, wooden letters, tie-dyed shirts and even baked cookies and cupcakes. Leah may have just earned herself a summertime job being a nanny if she wants it---she did that great.

Blake too. He helped out with t-ball and went with Justin.

Nights were either spent at the pool or at the ballpark. & as the end of the week drew near, we started realizing that we were going to be saying good-bye and I don't think a single one of us was ready for that. 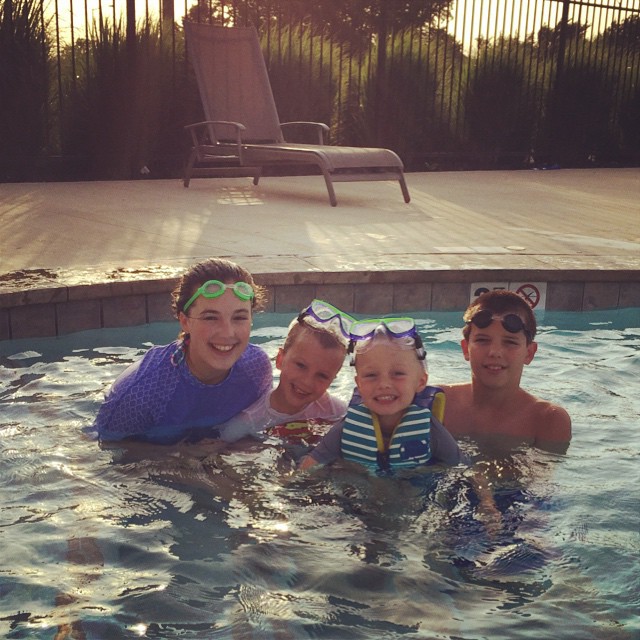