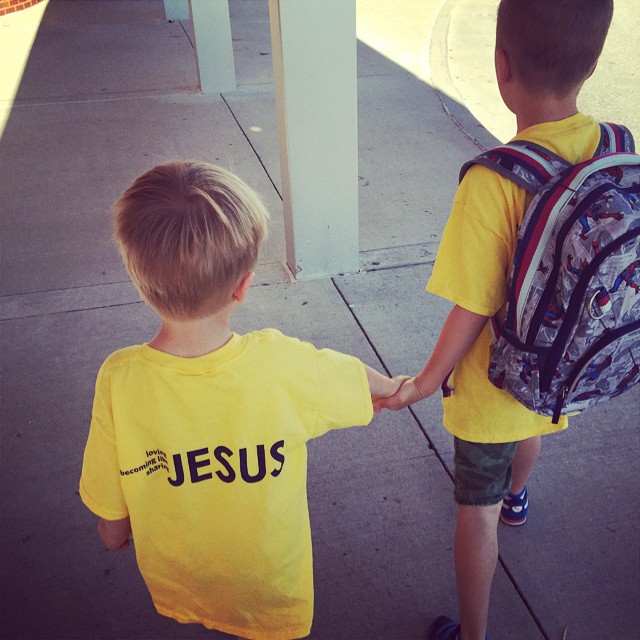 Like most things, I procrastinate, I do manage to pull most things off without any hiccups but I am always doing things up until the last minute. Signing the boys up for baseball was no different. I completely missed out on the "leagues" and on coach pitch, not that there is anything wrong with Tball for a 4 year old, even a 5 year old but both boys can hit the heck out the ball when I fire it at them. Justin says I should slow it down, I say no way. They gotta learn, RIGHT?!?!

But, before going down that road, lets get back to God and how He factors into this whole post. Last year the boys attended KidsGig at our church, Westside Family Church in Lenexa. When I was growing up, we called this sort of thing, VBS---Vacation Bible School. Since our church is rather large, they have two sessions, one in the morning and one at night. We got lucky last year and since I was volunteering, Logan was able to attend too. The boys loved going, learned so much about God's love for them and for others that we decided right then that we would do everything we could to ensure they attended this year's too.

When it came time to sign up, we did. I signed the boys up for the evening session again but unfortunately, I had a work trip so I wasn't going to be able to volunteer but Logan was old enough now to go on his own. They were excited and so were Justin and I. 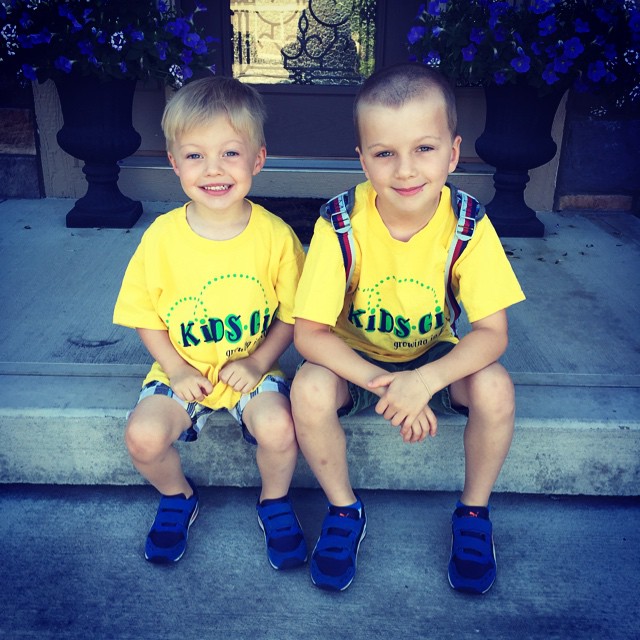 Then came baseball signups or should I say, the longest search ever for a remaining baseball league/camp or anything that remotely resembled baseball came. Finally, through JCPRD, I found something that wasn't on a weekend and lasted most of the summer. To make it even better, both Logan and Kaden had their own sessions, played on the same fields, and were back to back, this way we wouldn't be spending 4 days at the ball fields, only a couple hours twice a week. 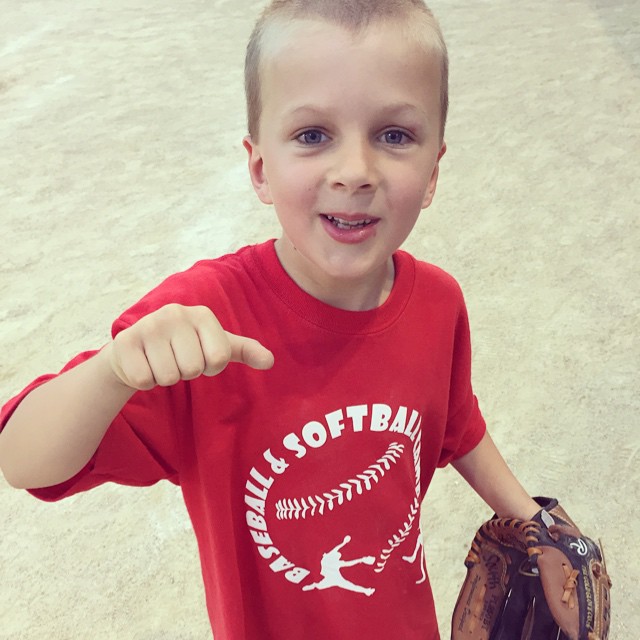 The problem---the timing of them. They started on the first full week of June which also just happens to be the week KidsGig starts. It didn't make sense for them to miss the first two nights (Tuesday and Thursday) of baseball fulling knowing they would have to miss the following week due to vacation and it certainly didn't make sense to only go to 2 out of 4 nights of KidsGig---what to do, what to do.

Ask for help. You know, that little thing that I have been trying to do more of over the last few years. I have definitely come to the realization that I CAN'T do it all, at least not alone. & help poured in. We moved the boys to the morning session of KidsGig & we did a little juggling with drop offs and pick ups. A couple of the mornings I dropped off, a couple mornings (while I was traveling) Justin dropped off---drop offs were the easy part. The help came in the form of pick ups---Grammy took two days and Ms. Brenda took a couple days. We wouldn't have been able to send the kids to KidsGig and to baseball if not for these lovely ladies. Made my heart swell knowing they cared just as much about the boys and their growing love for Jesus as we did.

& not only did this allow the boys to go to KidsGig but it also allowed for the boys to start baseball on night one---which I missed because I was out of town on business but I got there for night two! Unlike last year where the majority of time was spent in total chaos on the field, this year has been very structured and is more like a camp. They work on individual skills---fielding, catching, throwing, batting, running the bases. They teach how to field a ground ball and how that differs from catching a pop fly. They teach what singles, doubles, triples and home runs are. They cover all the fundamentals which I believe at this age, is key. And even Justin gets to get in on the fun and help out while Logan is playing. 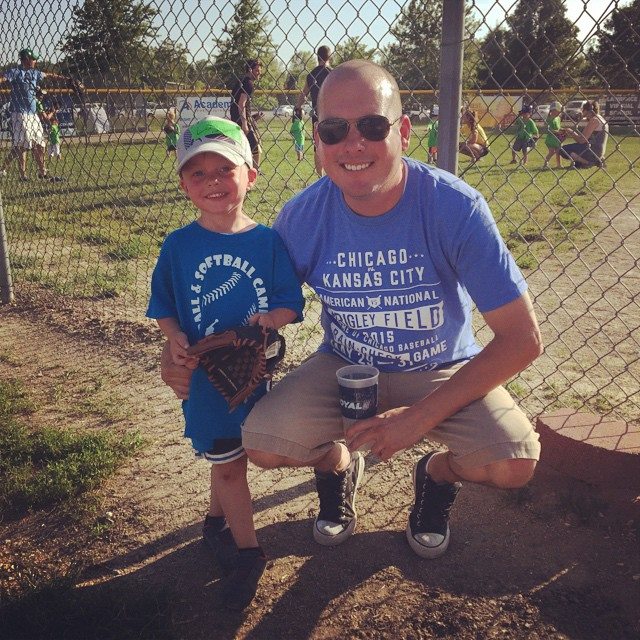 So there you have it, how God & baseball go hand in hand.