It had been such a long and draining week for me at work and I wasn't really looking forward to doing anything, let alone a carnival but I couldn't say no to the boys knowing that they would have so much fun.

So we went. & I was glad we did. We were invited by the Walshes, they live in Lee's Summit and were headed down and the Berberiches were coming out too. The kids all love hanging out with one another and it was certainly apparent at the carnival. 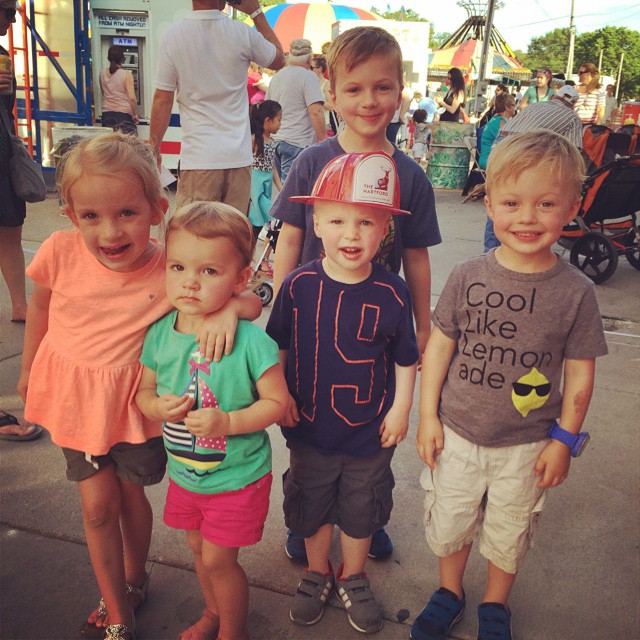 We arrived a little late to the party due to work and traffic so we met up with everyone at the jumping apparatus and the boys immediately started begging to have a turn. 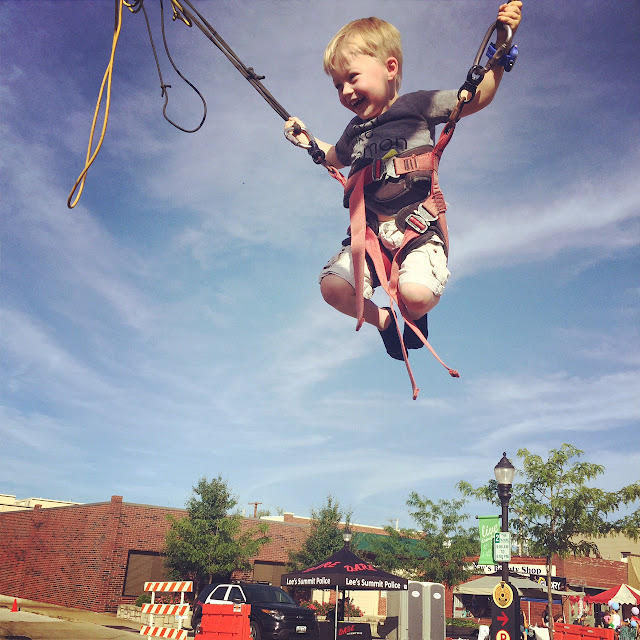 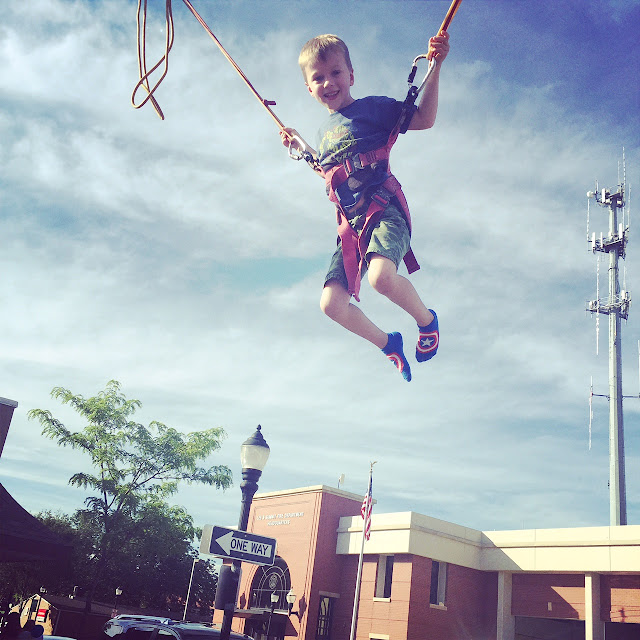 Needless to say, they loved it. Up next was a few of the actually carnival rides. Last year Kaden was the one that couldn't hold his excitement, this year it was Logan. You couldn't wipe the smile from his face if you tried. 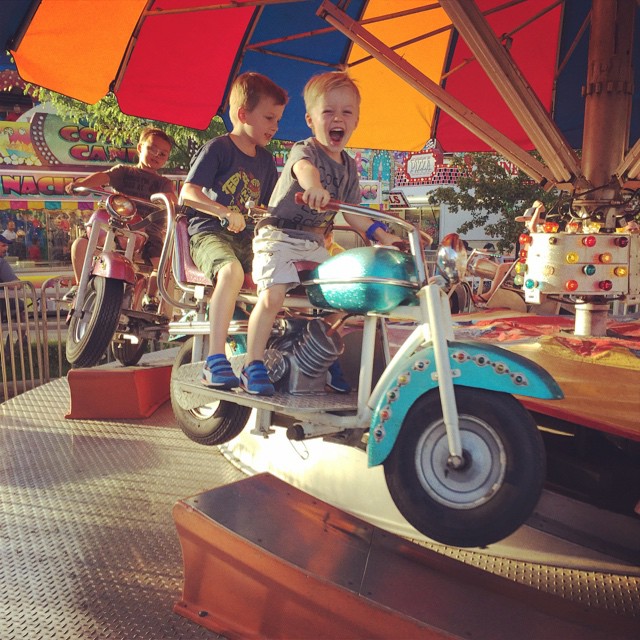 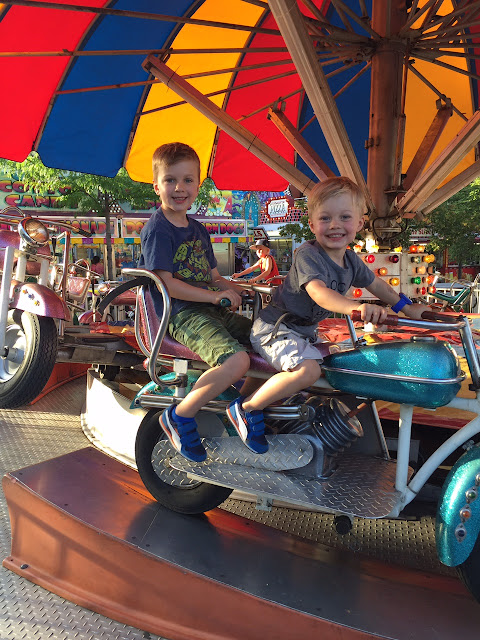 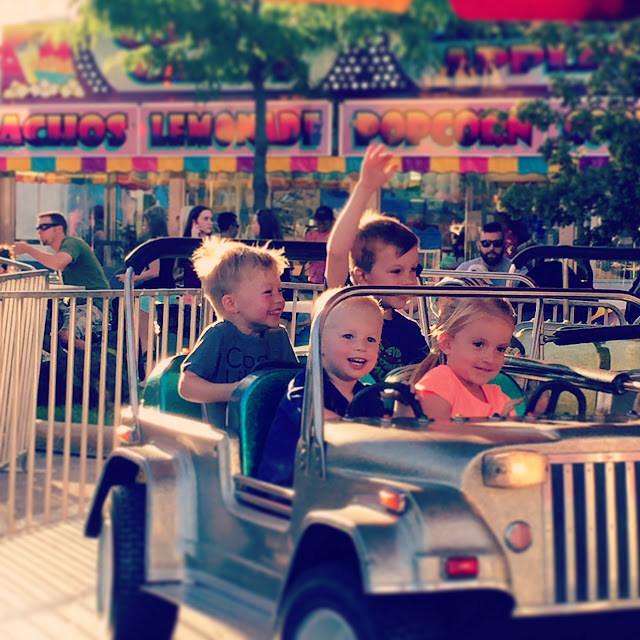 And then we had to head to the slide---at first they weren't going to let Logan go down on his own because he wasn't tall enough, even though he did it all on his own last year, so I had to climb the steps with him. When we got to the top I was able to talk the guy into letting him go on his own and I went down with Sophie because she was a little hesitant--I didn't mind one bit. 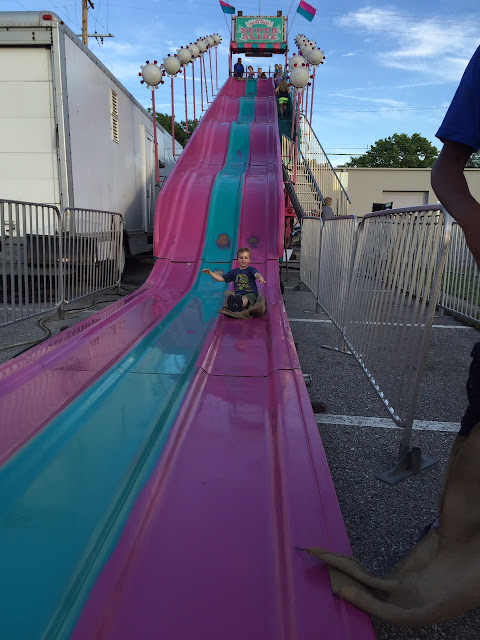 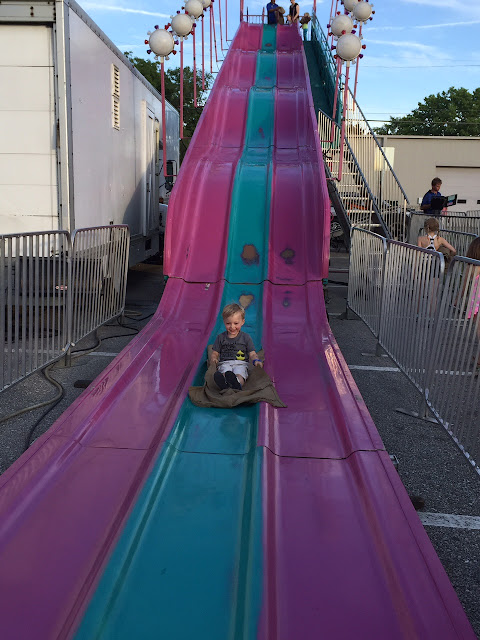 Then it was date time. Both Logan and Sophie wanted to go on the ferris wheel so Jason and I of course had to chaperone. They are just the cutest. 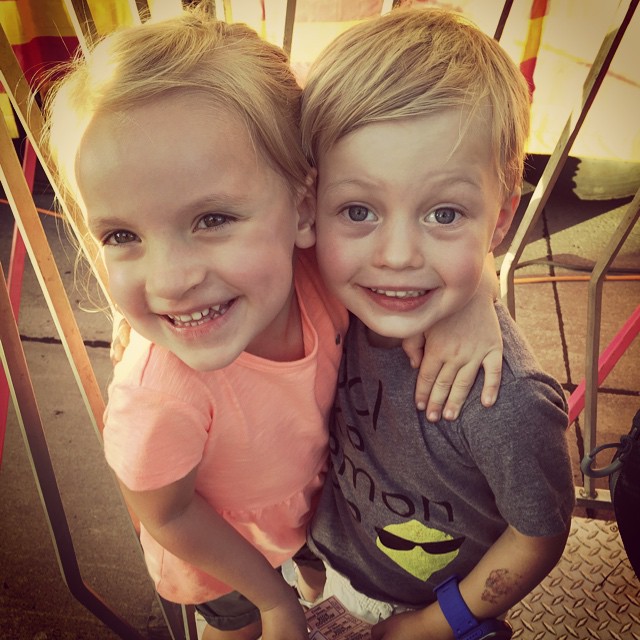 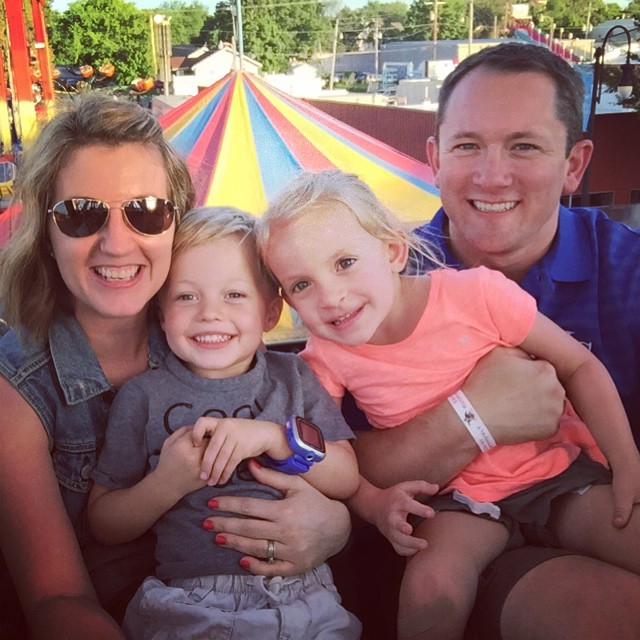 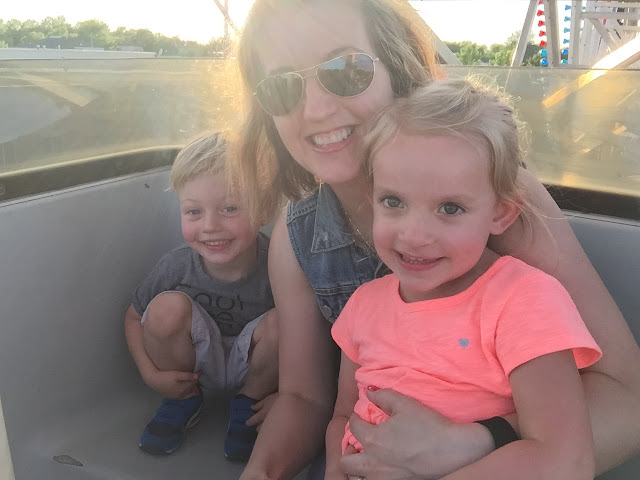 After we were done with the ferris wheel we headed over to the BBQ competition so Justin could meet up with someone who owned a smoker he was looking at buying. While he did his thing, the boys got to do their thing---sno cones. 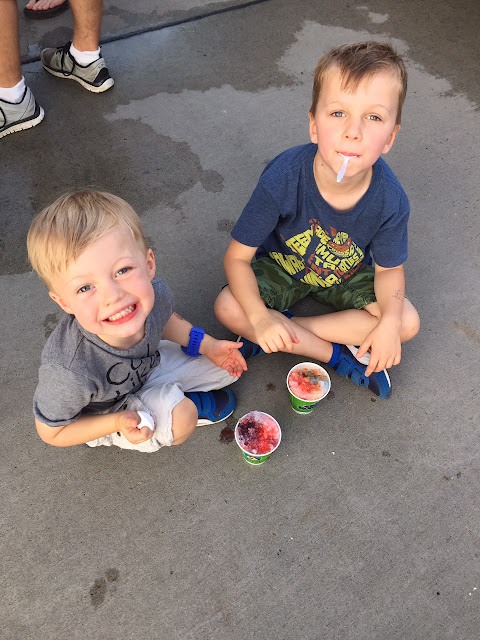 I will never say no to another carnival again---such a great night with friends.