For about a year we had been planning a big family vacation---a Disney Cruise. We never really considered taking the boys on a cruise, especially a Disney Cruise, but we came across a deal that we couldn't pass up. Basically, it was discounted to what an employee would pay, or so we were told.

Our itinerary had us arriving in Orlando on June 12th, boarding our ship on the 13th and sailing away. We would spend 7 nights aboard the ship with stops at Grand Cayman, Jamaica, Cozumel and Cast Away Cay--Disney's private island. The ship offered loads of activities for the boys and had a kids club so that Justin and I, and the other adults going with us, could enjoy some adult pool time without feeling guilty. We would dress up as pirates one night, order Mickey ice cream treats every night before bed. Sit on the veranda with the Garrett's late at night as the kids snoozed away---The Garrett's had the room next to us and our patios were joined.

We had read and reread as many blogs as we could get our hands on that offered the best tips and tricks to a Disney Cruise. I had been saving my extra hotel room key cards, bought a couple push lights for being able to maneuver at night while not waking the kids, searching for something to leave behind at the concierge desk when we board the boat to have all the characters sign & return to us on the last night---which led me to these cool things... 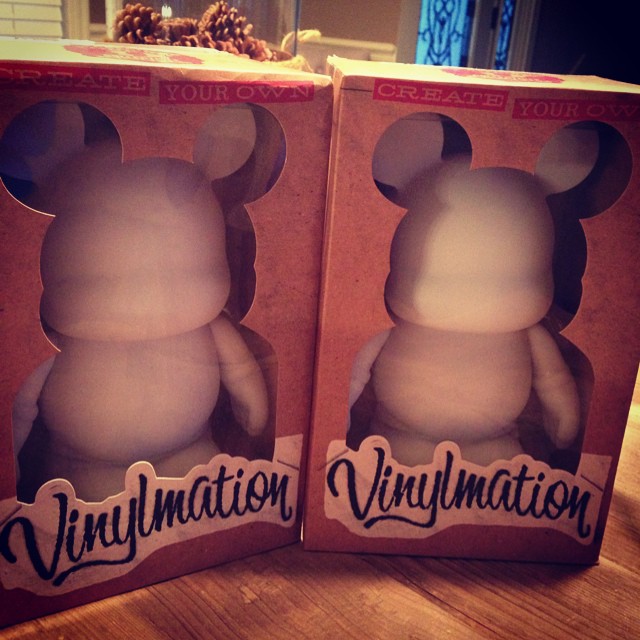 Shortly after we signed up for our cruise, we got the following in the mail and we were getting excited. 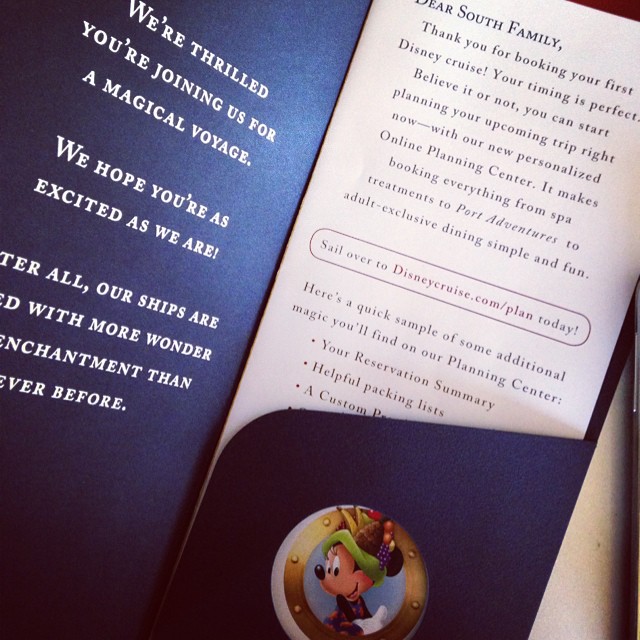 We continued to check in with our travel agent to make sure the timeline was still intact and while there were a few bumps, we still were confident that everything was on track. Our account would zero out by the end of March and at which time we could log-on (which we already had access to) and could schedule all our excursions, travel details, plan our meals and most importantly, check-in online making the boarding process that much quicker.

And then around the beginning of March things started feeling a little sketchy. Along with our cruise package that we purchase, we purchased flight vouchers-$125 round trip vouchers with Southwest. We kept getting the run around when we were trying to book our flights with this travel agent. That they needed to wait until a little closer to the actual date of the flights so they could get the best deal, so on and so forth. Things just weren't adding up. So we started digging and then things started popping up on their own. It wasn't looking good for a mid June departure, or a departure of any kind.

Going into this, we had a friend, who not only knew a friend who had gone on the same type of vacation and used this lady, but knew of others that had gone as well. Heck, her friend had just gotten back from a different vacation package when all this was starting to go down. & another friend of this friend's went on the cruise the week this all went down, her account had zeroed out and she said it was the best trip they had ever been on, hands down.

After finding out everything that we did, we pulled the plug on the trip. It was either that or pay the remaining balance and even though we could have done that, making it a VERY expensive vacation, we chose to cut our losses and figure something else out. We luckily were able to get our entire deposit refunded by Disney, which went back to the travel agent, & then our credit card company went after her. In the end, we got our money back from them as well & other than some crushed vacations dreams, we weren't out anything.

And while all this was going down, there was so much going on in the lives of our family and friends that it really put things into perspective. If this had happened two months prior, I would have been furious but thankfully, I could see that there were more important things than our little dream Disney vacation that didn't go as planned.

I've been following the stories that have developed since we pulled the plug on the travel agent and her business and it's not good. Sadly, our group wasn't the only one she was "scamming", over 1300 complaints totaling more than $1.3 million dollars. Two lawsuits have been filed, one by Square.Inc (that little credit card company that you can pop on the end of your iPhone) & the district attorney for this county (I won't mention the county or the name of the individual for privacy reasons) also filed criminal charges and if convicted she could spend up to 60 years in prison.

I truly believe that this agent wasn't looking to scam all these individuals but got completely in over their head, it's sad any way you look at it. Lesson learned. Now onto Plan B.