If throwing a 4th birthday party wasn't enough for one weekend, I threw in a family shoot too. & at the last minute, I scrapped one of the ideas that I had for our shoot and tucked it away in my pocket for the future. I mean lets face it, I only had a limited amount of time between our photo shoot and the party and what I had in mind was really going to screw with my time table---I already had 36 cupcakes to ice, a house to clean and food/desserts to set up. And even though I scrapped my favorite, or what probably would have been my favorite, part of the shoot, the pictures Katy captured of our family are pretty perfect & that canvas I have been wanting to replace---the one where Logan is barely ONE---is getting taken down just as soon as I can order a new one! 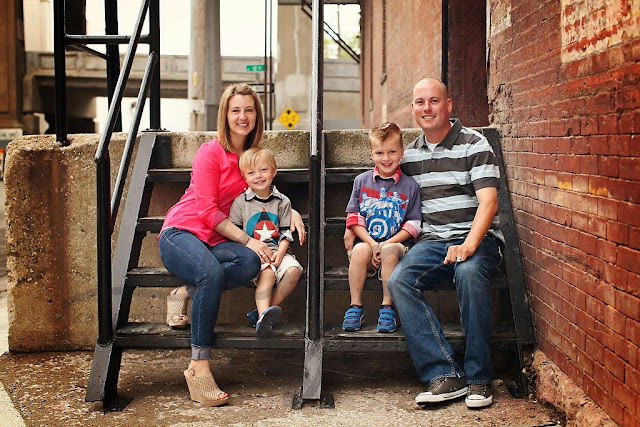 So who is this lady who takes our pictures? You'd think as a photographer I might be a little more picky when it comes to who I step in front of a camera for and you are right, this is our 11th session with Katy Gitto Photography. Katy is just an amazing person all around. She is a super talented photographer, I could learn (& have learned) so much from her. She is a woman of faith and although I don't spend time with her family, I still feel like I know them (in a Facebook kind of way), you can see that her and her husband have their faith at the center of everything---their kiddos ooze HIS love. She is just good people & our sessions with her are just so much fun and we all, yes, Justin included, look forward to them. 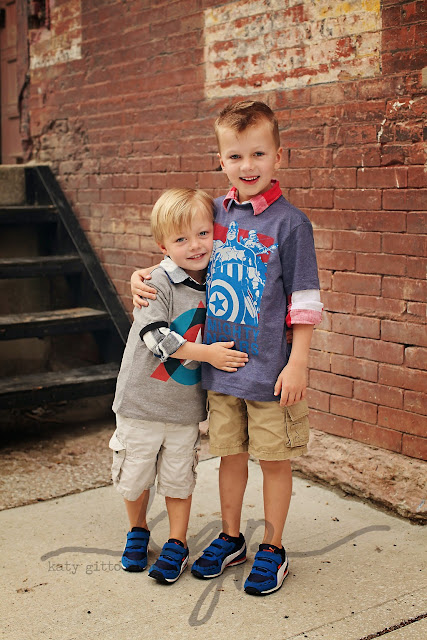 One would also think that because I am a photographer it's easy to pull family outfits together for us. That I know what works well in front of the camera no matter where your session is BUT, you'd be wrong. This is the part that stresses me out the most. Not the part about bribing the kids to smile--and the husband. Not the part about being on time. Not the part about letting go of control and letting someone else tell me what to do---usually I am the one directing. No, all of that is a cinch. But figuring out what to WEAR almost does me in EVERY. SINGLE. TIME. I literally was sending Justin to Old Navy to pick up Kaden's shirt the day before the shoot. I went into one store and it wasn't there but they had ONE at a different location so I put it on hold and sent the hubby.

But it didn't start there, and I won't lie, it kind of started with what I was going to wear but I am sure most women start with themselves. After ordering a handful of items in multiple sizes I had a couple of options so I moved on to find something for Justin and used the kids to tie it all together---remember, matchy, matchy, just isn't a good thing, you want to coordinate but not even necessarily look like you go together---for us, it was the pink/red that tied me to the boys and then the blues that tied Justin to the boys. Logan was easy. I had two shirts that would work but Kaden was difficult because of his size. He doesn't fit into Gap toddlers anymore and the XS fits pretty good but the S is a tad big but everything that I liked wasn't available in a XS so I did some laundry and worked my shrinking magic. & in the end the only shirt that I was able to find that worked for Kaden was a Superhero shirt so we went with it. I pulled Logan's Captain America shirt out and called it good. So happy we went the Captain America route, they were excited to wear them for pictures which helped out with smiles & Superheroes just happen to be one of their favorite things! Someone had even painted a Captain America's shield for us & we just had to stop and take the boys pictures by it once we were all done with our session. 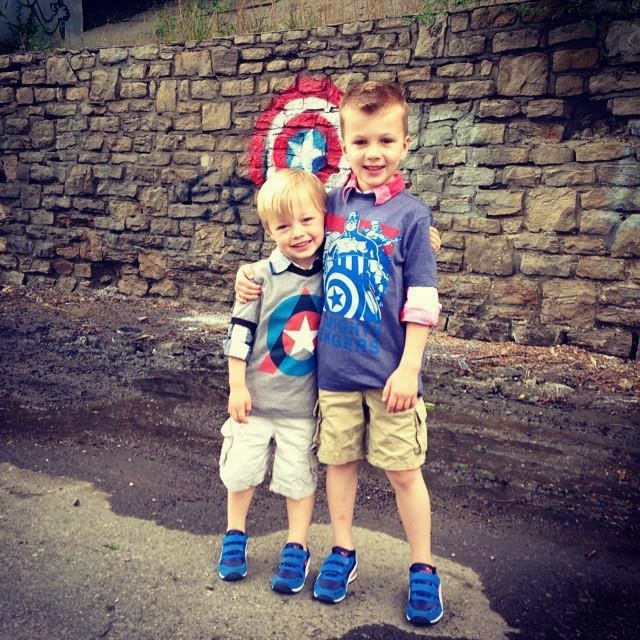 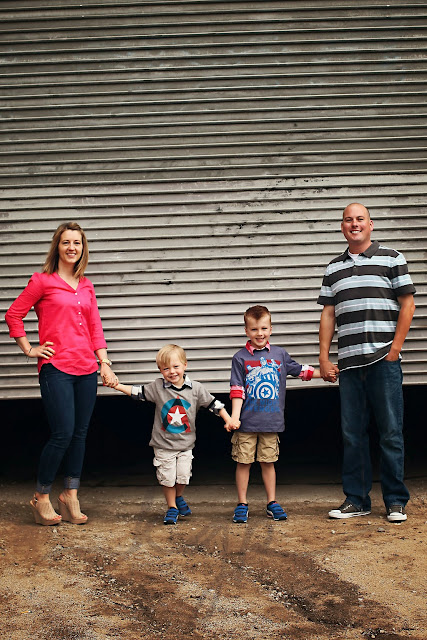 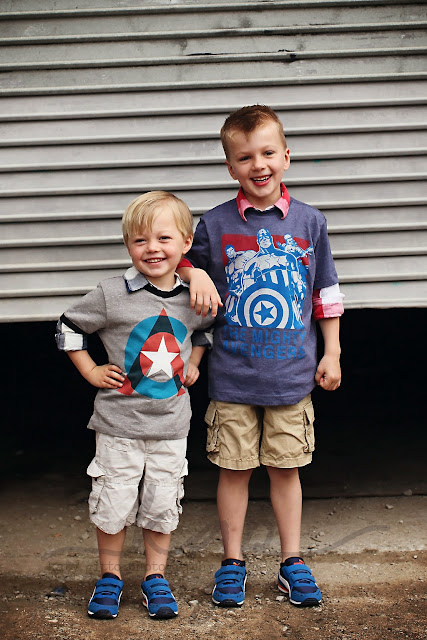 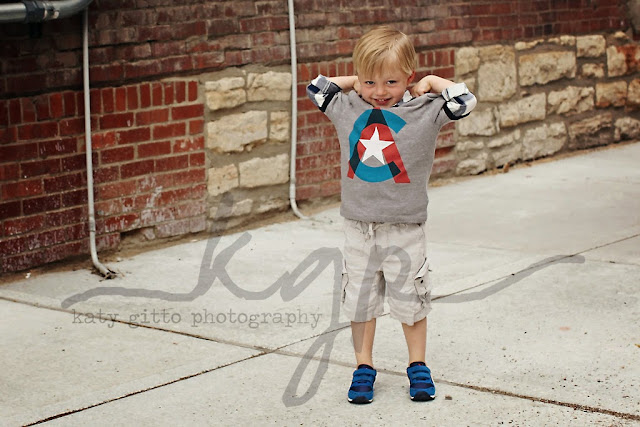 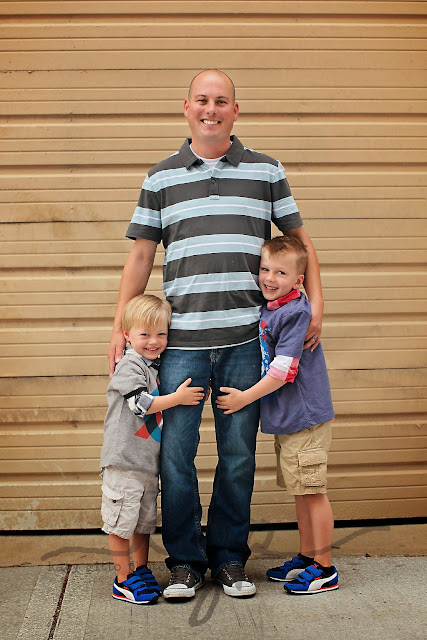 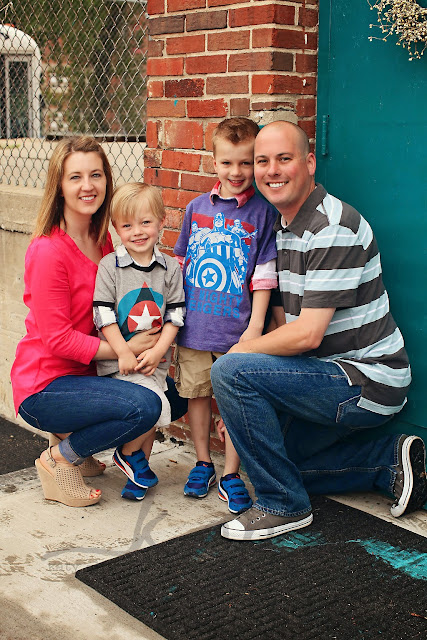 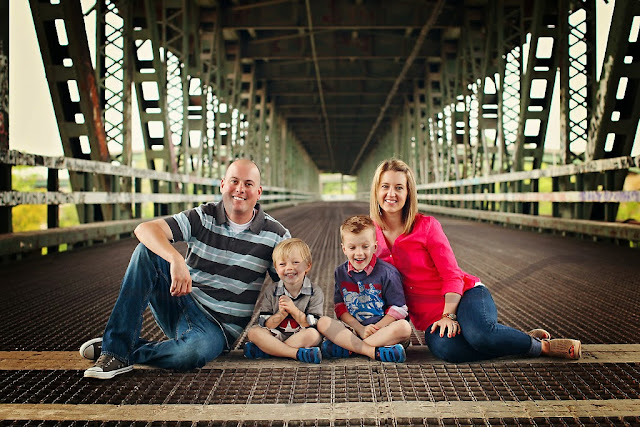 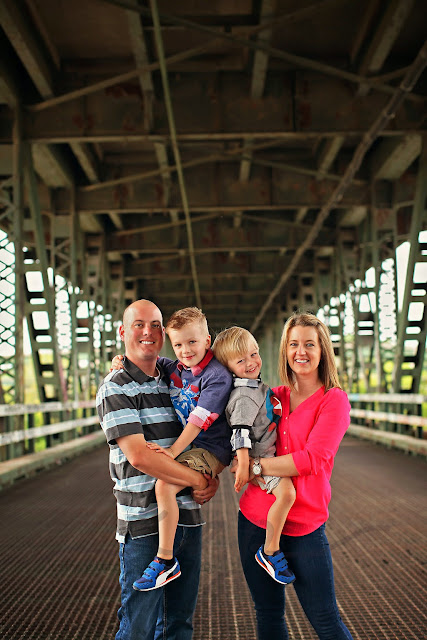 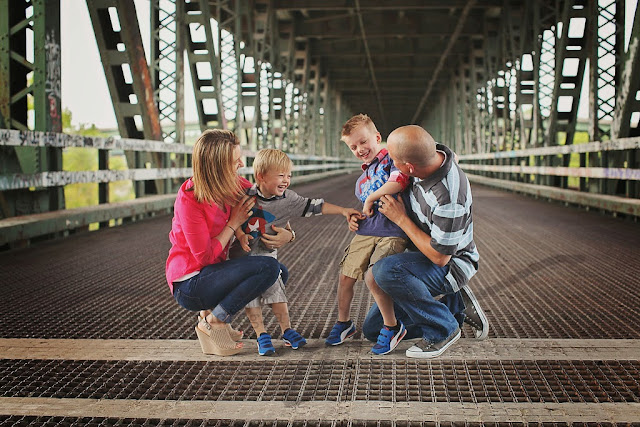 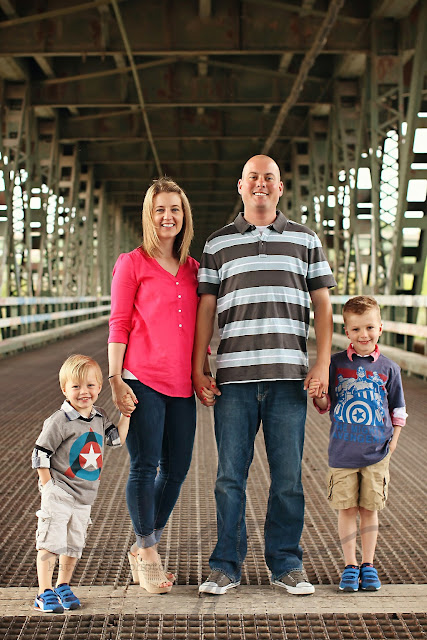 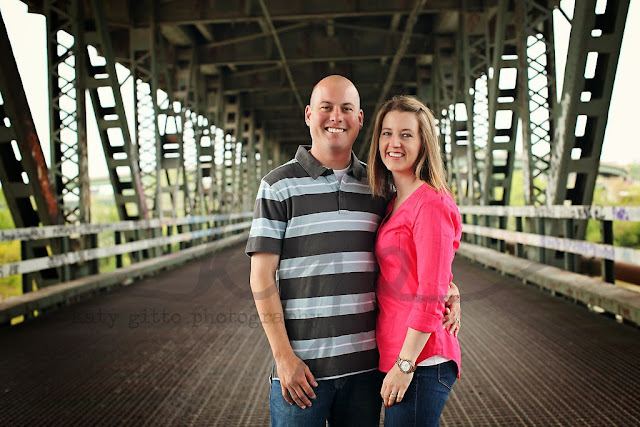 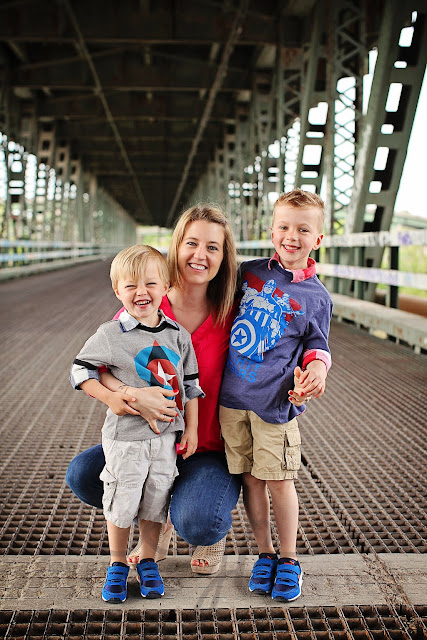 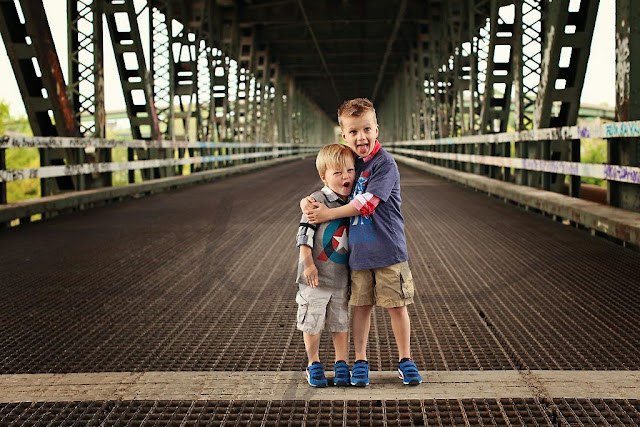 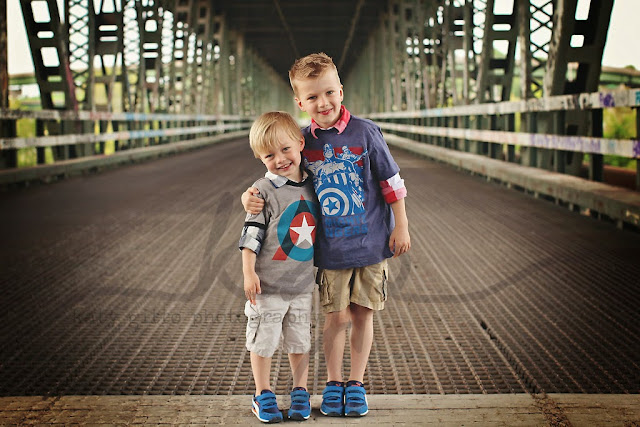