I have started this post about a dozen times now but find myself deleting every single word on the page because I just don't know what to say.

It's not because it's hard to put into words who Logan is, it's hard to believe that he's FOUR. & that this little man who use to be my baby---will always be my baby---is starting Pre-K this next school year and will be off to kindergarten next year. 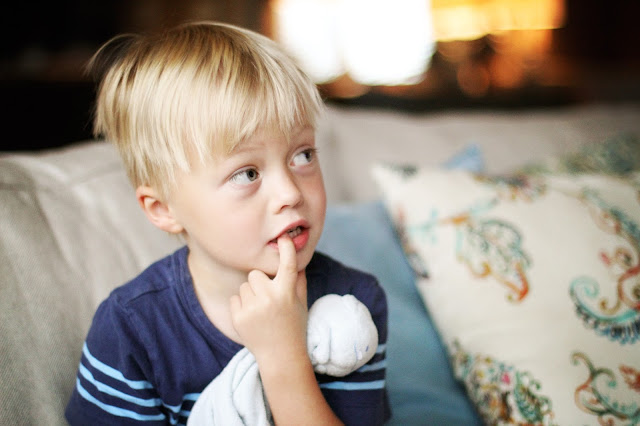 It's hard to believe that the little guy who would yell to us every morning "I'm awake, can you come and get me" now jumps out of bed, picks out his own clothes and marches into our room to tell us good morning.

It's hard to believe that my littlest snuggle bug has grown into such an independent little guy. & it has been so wonderfully hard to see.

He no longer wants help with washing his hair--"I'll do it Mom."

He no longer wants help zipping his jackets or life vests--"I'll do it Mom." 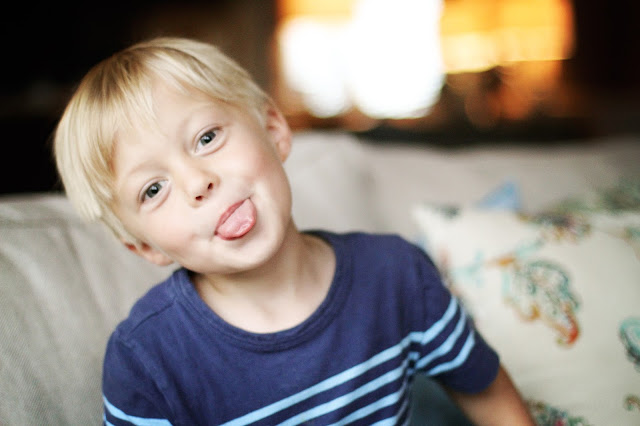 It's hard to believe how much one little dude can change your life for the better. Sure he has his meltdowns---he can meltdown with the best of them---but this kid has so much love to give. He has never met a stranger & will say hello to anyone and everyone that he walks by. He is tenderhearted and almost as soon as someone gets hurt, he is there to help pick them up.

He's funny. Some of the things that come out of his cute, tiny mouth are just down right hilarious and Justin and I are always wondering where he comes up with these things.


He loves his dogs--Stoli and Brodi. He doesn't leave the house without telling and kissing them goodbye. When it's quiet in the house and you haven't heard his tiny, cute little voice for awhile, all you have to do is start searching for one of the dogs because you'll find him curled up beside them. We may have bet on him becoming a vet when he grows up the last time we were in Vegas.

His favorite foods are Mac & Cheese & carrots. & I'd put carrots above Mac & Cheese, seriously, given the choice between carrots and candy, he'll choose carrots every time. Oh and you can't forget about the french fries, "I'll have french fries with ketchup, please."

He's ornery. He loves to wrestle and jump from one side of the couch to the other. He loves to pretend he is a Superhero & is after bad guys and when he catches them, he throws them in jail with no food, no water for seven days… 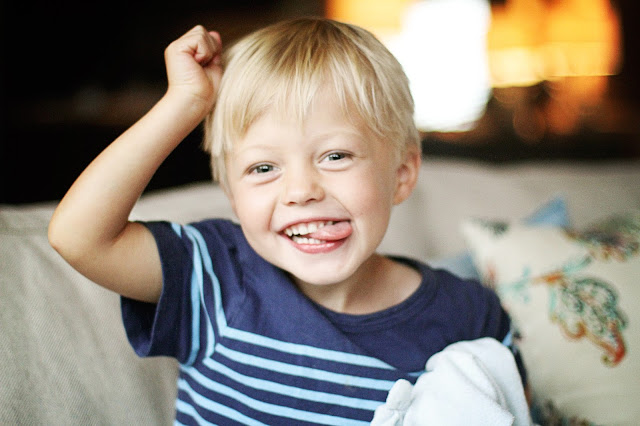 And at bedtime, he has to have his Blue lovey and Yellow lovey. And now his Skunk. Mr. Skunk is one of the Beanie Babies that my Grandma Hartley bought and kept for a lot of years and one Christmas we went through a few things and I picked out two---a bird and a skunk. Out of all Logan's stuffed animals, Mr. Skunk is who he sleeps with, tucked right under his arm.

Ever since he was a baby, well one-ish, he has slept with Yellow lovey and Blue lovey---sleeps with his owl lovey at Ms. Brenda's---their his security blanket. And each and every night before I go to sleep I will walk back into his room and re-tuck him in. He most likely will be sprawled across the bed and covers are pulled over him only 50% of the time but the one thing that is certain, he has his Yellow lovey in his hands and sucking on it. Once in a while I can easily pry it out of his mouths, most times, it takes a little bit of work to get him to let go. His Blue lovey, is either between his cheek on the pillow or laid over his head. And Blue lovey will NEVER take the place of Yellow lovey and visa versa, he knows which is which no matter what time of the night it is.

When he has fallen asleep beside me, I can't seem to take my eyes off of him. As he is laying there trying to fall asleep he stares up at me with Blue lovey being passed between his fingers and twirled over his head, over and over and over again. Some people count sheep. Some people listen to sound machines. Logan twirls and sucks on his lovies. & I can't get enough of it. 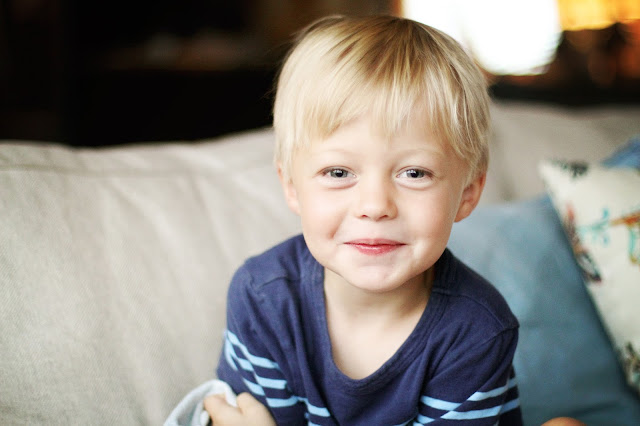 Or enough of him. All it took was one little look at him 4 years ago and he had me securely wrapped around his tiny, but growing, fingers.

Everyone's life would be so much sweeter with a little Logan in it. Ours sure is.

Love you to the oceans of Florida and back buddy.