Wow, and I thought I was getting OLD.

The boys and I hadn't been home to see my Mom and Dad for awhile and what better reason to go back than to celebrate my Dad turning 60!

I am sure this is exactly how he envisioned celebrating his 60th birthday too---surrounded by all his grandchildren. What he probably didn't envision happening was keeping them ALL, everyone single one of them (except Brett), ALL weekend long while my sister left for vacation and my brother and his wife went off to celebrate their 5 year anniversary. Through the boys and I in and it was one pretty full house. 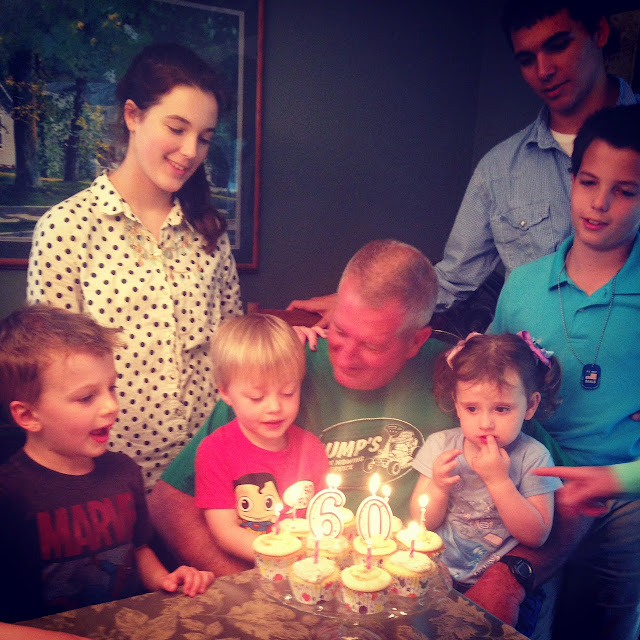 Before we headed down to Papa Tom's the boys and I tried out two new cupcake recipe's---I needed to get a trial run under my belt and we needed something for Papa Tom to make a wish on so it was a win, win. 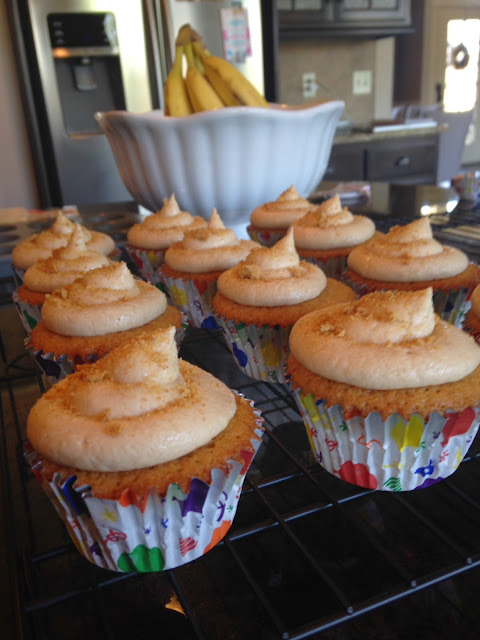 For the most part they were delicious--the icing needed a little help but we could work with that.

My dad isn't one to want to sit still, unless the Royals or Chiefs are playing, and had a number of things on his to do list for the weekend---none of which had anything to do with him and I having special bonding time building a table for our back deck. They did have to do with mowing his yard and planting his garden, of which he had bonding time with the boys and Blake so I guess I can let the table thing slide. 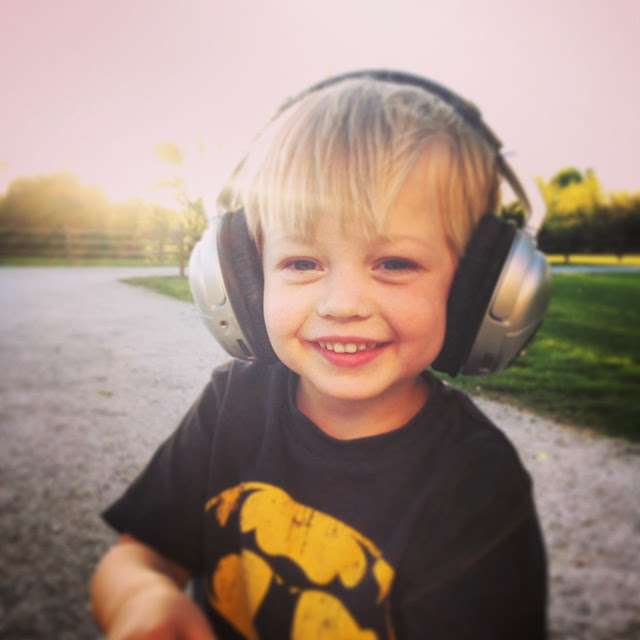 One of the things I love most about country life is being barefoot---not that you can't be barefoot in the city, it's just that we NEVER put shoes on. I love the crisp cool grass between my toes. I love the wibbly, wobbly walk across gravel. It's freeing and I'm not the only one that loves it. The boys dig it too--pun intended--especially when they get to play in dirt. 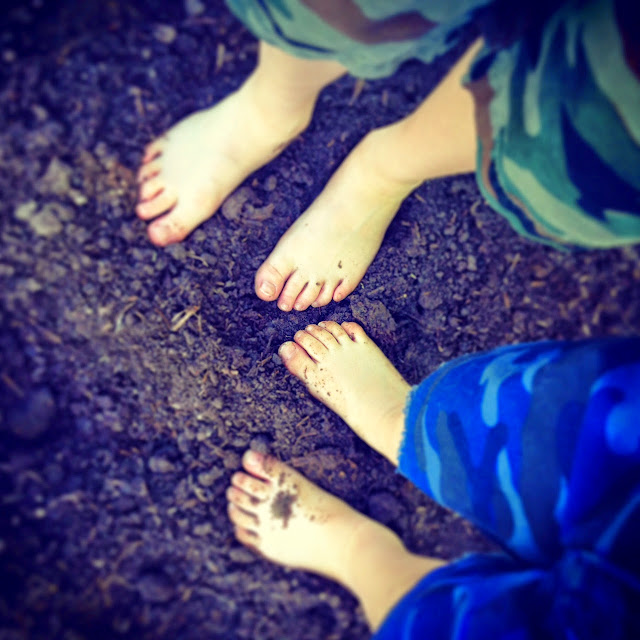 Each of the boys had their own job when it came to helping Papa Tom plant the garden. Blake would help hold the fence in place while Papa Tom hammered in the post that Kaden and Logan took turns carrying to him and then Papa Tom would secure the fence to the posts. Once they were secured he would dig a few holes and Kaden and Logan would drop in tomato plants behind him. 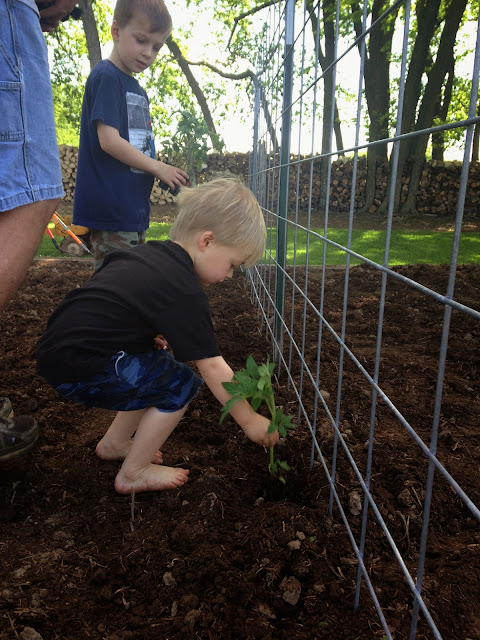 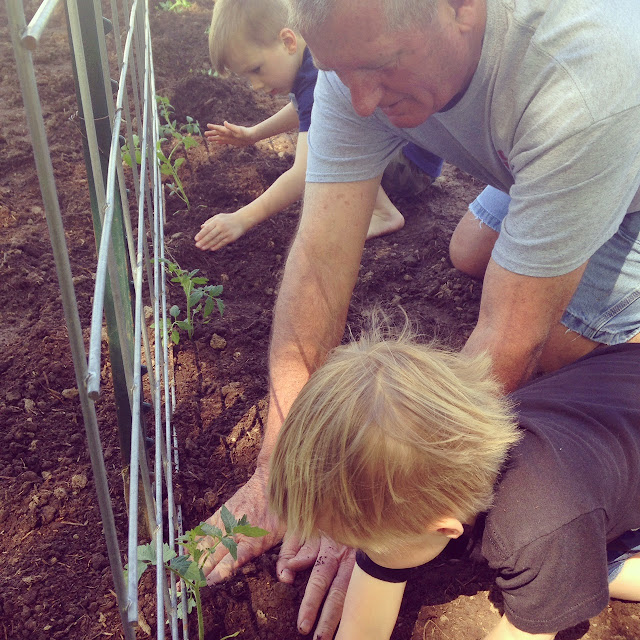 And then they got to get down and dirty by helping him plant each one. It took a few goes before they received the Papa Tom stamp of approval---they had to be just close enough to the fence to ensure they would grow correctly. And amazingly enough, the boys didn't get bored but with all the hard work they managed to work up an appetite too.

What they didn't realize is that while they were working hard in the garden with Papa, Grandma Sara and Cousin Leah were in the house packing up a picnic. As soon as we were at a place were Papa Tom could take over the garden on his own the rest of us loaded up and headed to the park. 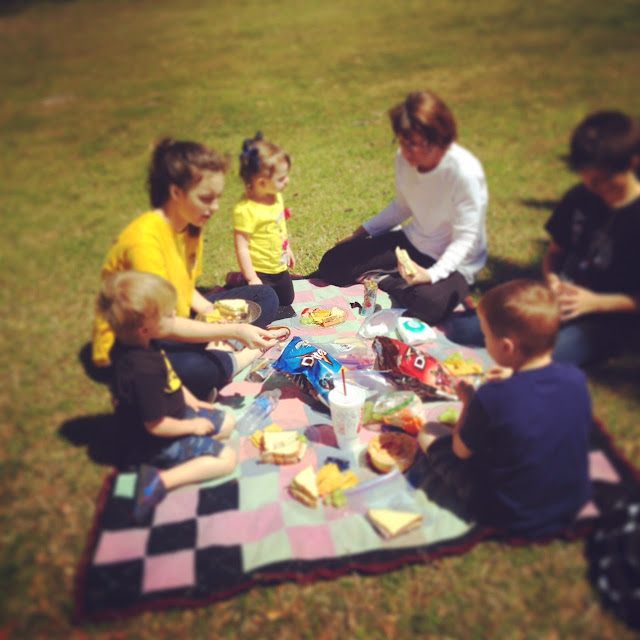 All weekend long the boys ran around after their cousins. They love being around Blake and Leah and I love watching their bond grow. It doesn't matter that there are 6-9 years of age difference between them, they love being around each other and you don't have to ask them if they do, their smiles say it all. 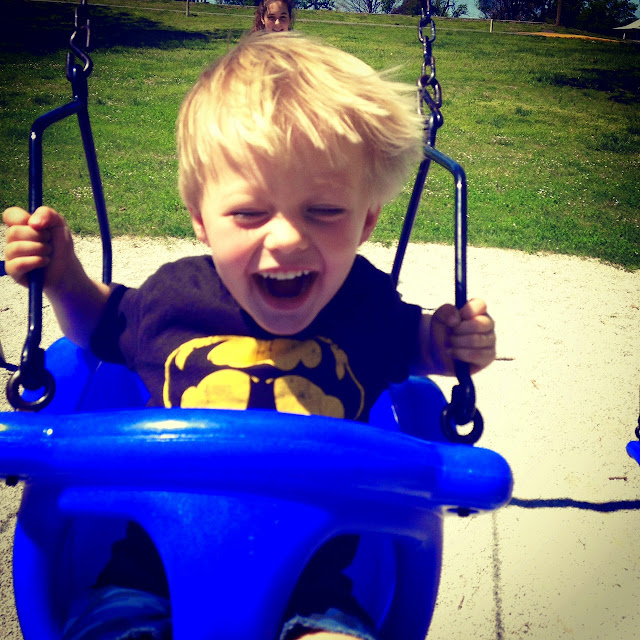 For the rest of the weekend we spent as much time as we could outside. We played baseball. We played kickball, volleyball, tag…they ran and ran until the dropped.

And for all the reasons I mentioned above, weekends at home always end up being some of my favorite weekends of the year. There's never really an agenda. There is always laughter and voices coming from every room in the house until way past bedtimes. All of which only makes saying good-bye that much harder. Here's to hoping the summer is filled with as many family get togethers as possible. Love these littles. 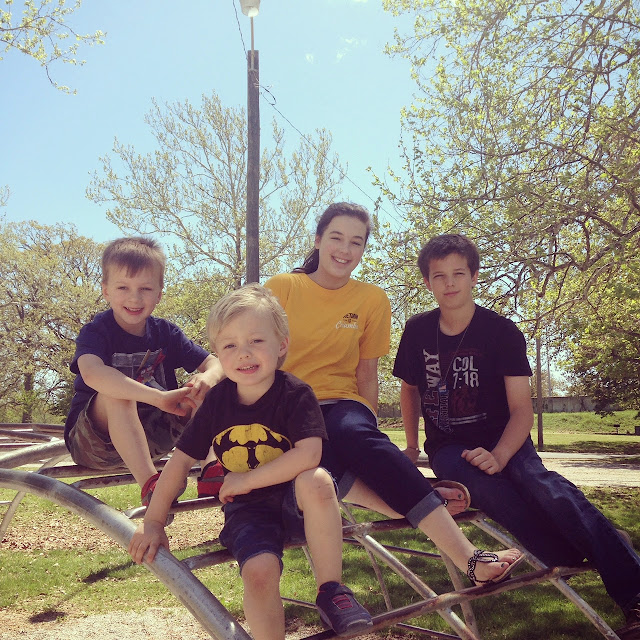