Logan has never really been one to care about what he is wearing. He has been perfectly content with me picking and laying out his clothes each morning. Besides the occasional asking for a specific superhero shirt, he just goes with it. That is until recently. Lately he has taken an interest in every aspect of getting ready. He doesn't want me to pick his clothes out anymore and if he somehow miraculously allows me to, we go through 10 different shirts and have to decide between comfy pants, shorts or jeans and then we move onto which comfy pants or which jeans or which shorts. It is a process to say the least. A battle.

So I decided this was one battle I wasn't going to fight. I'd give him the independence he is looking for and let him pick out his clothes, from head to toe---as long as it is appropriate for the forecast. We start out each morning with Logan asking pants or shorts and then he takes it from there. I'll admit, he has quiet the style but he is more likely to show up on What Not To Wear vs. the Best Dressed list.

"But, Mom, they're both stripes so that means they match. Ok." Not to be outdone by the awesome tattoos and monster socks. Oh and crazy bed head. 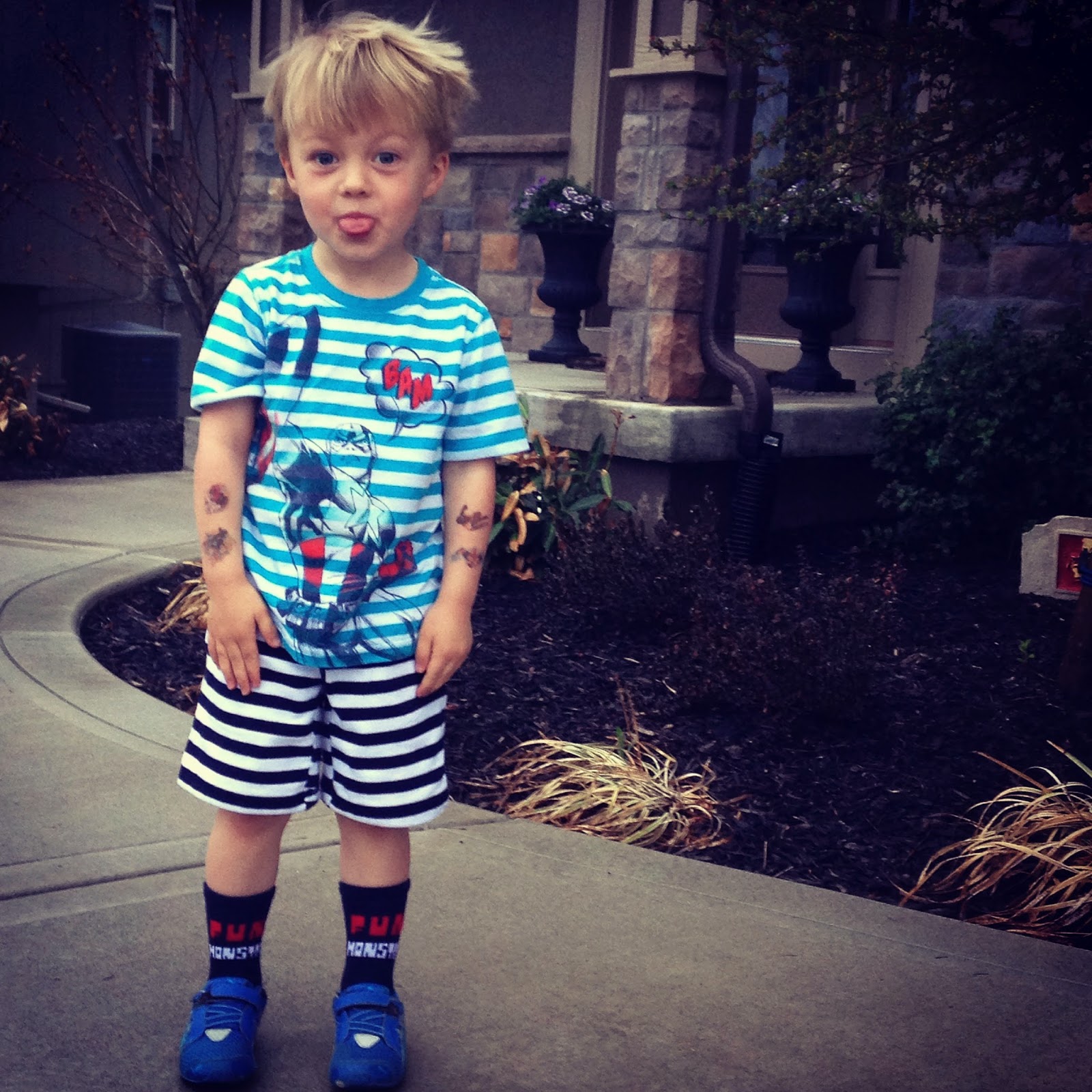 On this morning I said that he could wear shorts but that I wanted him to wear some long sleeves too. & I have to give it to him, he followed my instructions to the T. I think the boots gave this outfit that final touch it needed. 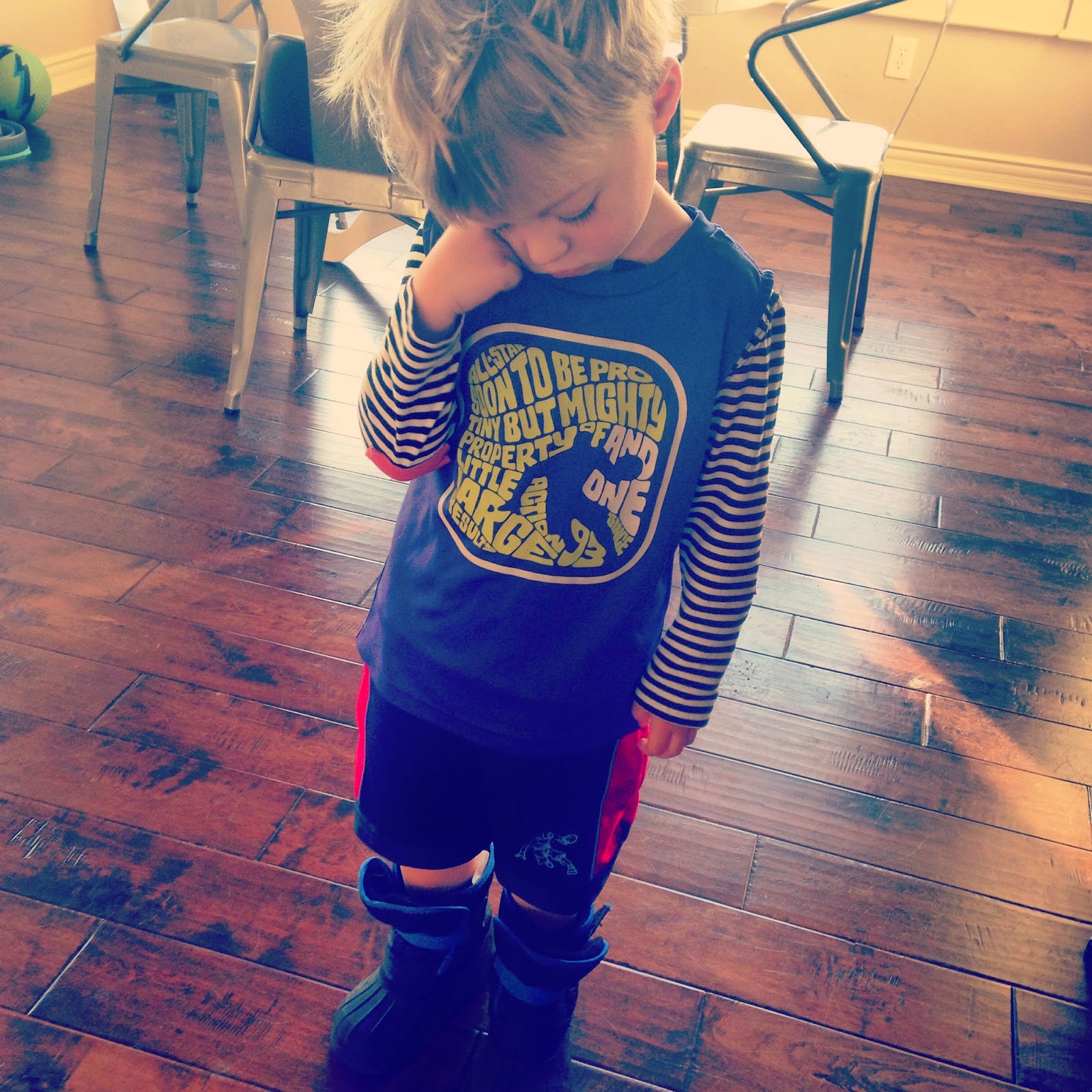 And as much as it makes me cringe to see his OOTD, I love seeing his little personality and creativity being expressed so freely.
Posted by Kayla South at 3:34 PM