Celebrating Daddy at the K

My MIL loves to celebrate birthdays and there isn't a birthday that goes by that we don't get together as a family. Typically we have dinner, birthday boy/girl's choice. We have had a wide variety of requests over the last few years, all of which were delicious---crab legs, beef tenderloin, chili cheese dogs---I'll let you guess which was had on my birthday celebration.

Last year she threw us for a loop, she mentioned going to the Royals game for Justin's birthday celebration instead of having dinner & trust me, it didn't take long for us all to reply with YES. So when Justin's birthday rolled around this year again, we all just assumed we would be headed back to The K and we were. 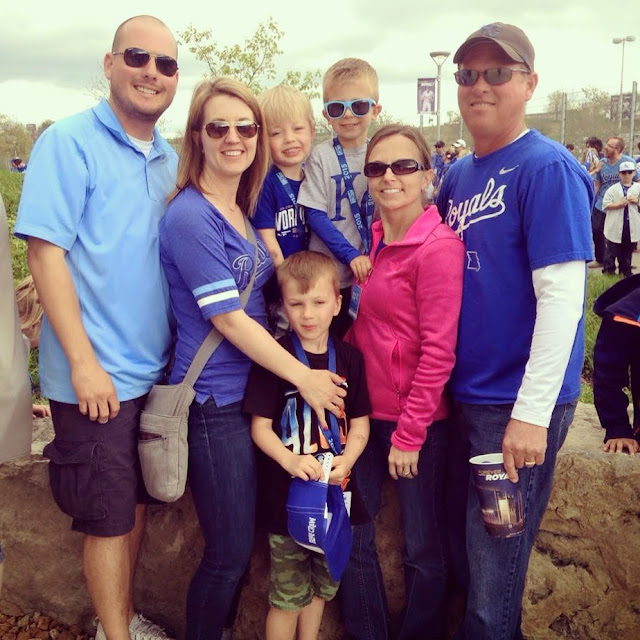 The boys all a year older, well actually we all were, which meant they were more into the game than they were the year before as well as what was going on around us. 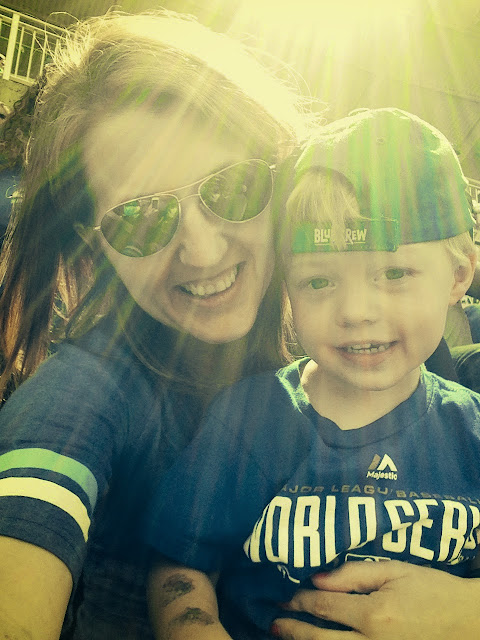 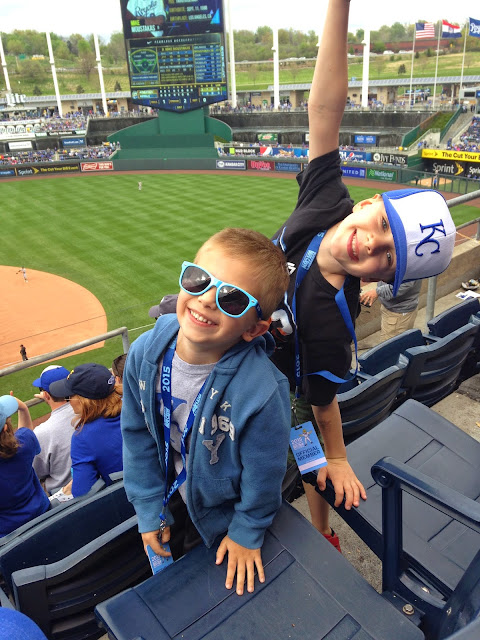 Not only was there a lot of excitement during the game---multiple ejections, benches clearing and a Royals team that dug their heels in came out with a win. We also had a lot of excitement in our section---the row behind us actually. They were using very vulgar language and we are fully aware that we are bringing out kids to a ballgame and language would be thrown around but they had their own kids and it was just mind boggling that they speak like that in front of their kids. They also brought a full bottle of liquor into the stadium which we all know is against the rules and was only making things worse. Lucky for us, they showed the wrong person and soon after the cops came down and escorted him out and we only hoped things would settle down but they got worse. Those that were left were very upset and started calling people around them by not so very kind names and clearly wanted everyone in the section to hear them. Top this off with a toddler that kicked US non-stop and had multiple 30 minute crying fits. Maybe it was a good thing that we were sat there as we kept our cool and just tried to watch the game & not what was happening on behind us. 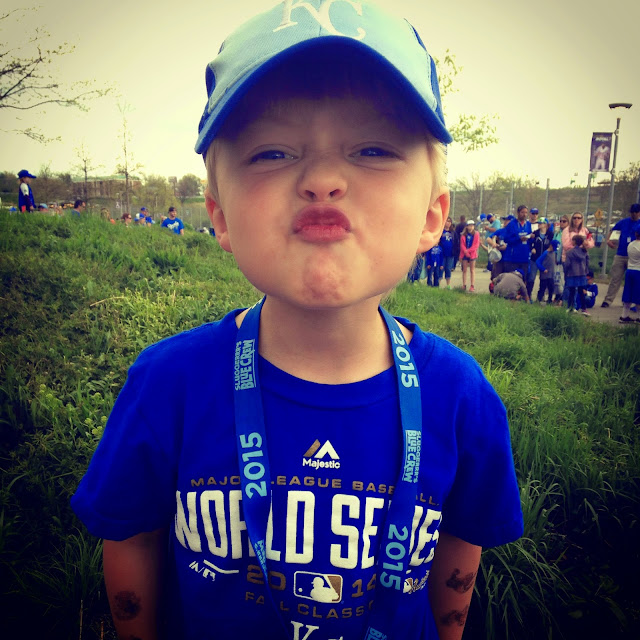 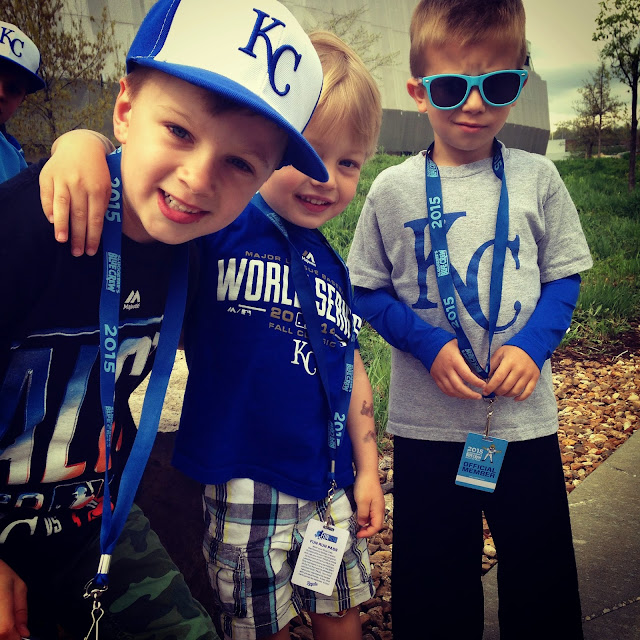 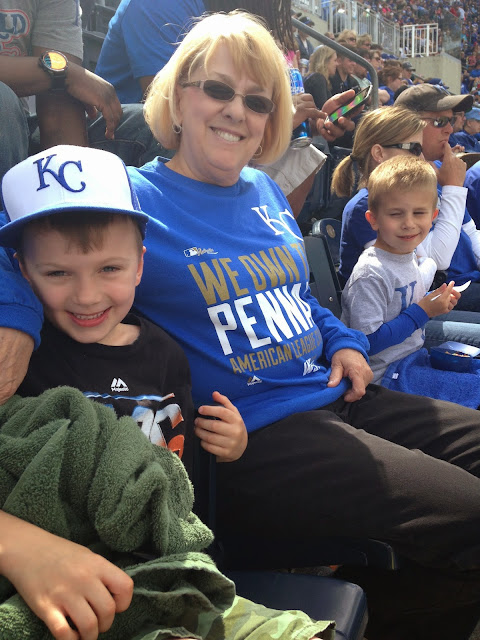 As the game was wrapping up we headed out to get in line for the Family Fun Run & thankfully we all had our Blue Crew passes to jump to the front of the line. Within the first 5 minutes of the Run starting we were rounding 3rd base and heading home. Kaden took off and left Logan and I in the dust. Logan tried taking off but the people in front of him had a little issue which caused Logan to have an issue and fall, from there it was mainly me pulling him along and him holding back tears. We crossed home plate though and that was all that mattered. 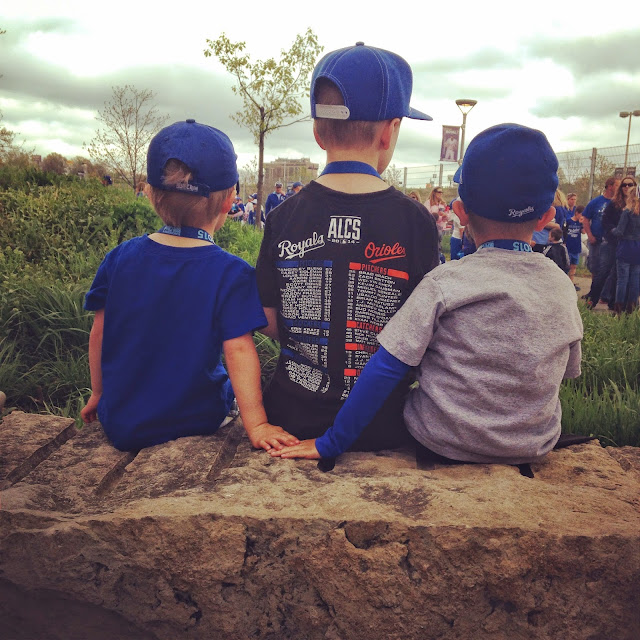 And our day wasn't over yet, as a family we decided to head to dinner and help out a local catholic school since they were having a fund raiser & part of our purchase would be donated to them. So we got ice cream too. To celebrate Justin's birthday. The boys were so stoked and it was the perfect way to cap off the day. 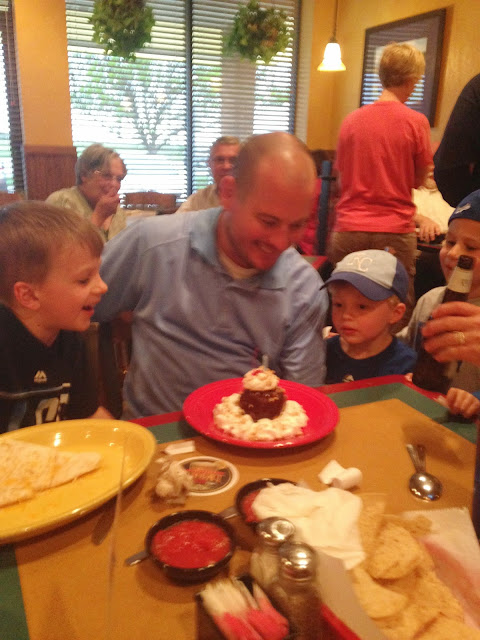