St. Patrick's Day is probably my favorite holiday, it's when Justin and I officially said "I do" in a very romantic courthouse setting and really every parade kind of feels like a huge celebration for us. Kidding. Kind of.

Three out of the previous 4 years we have always made our way down to the Brookside St. Patrick's Day Warm Up parade. We love Brookside and have always thought it would be fun to eventually live there---after the kids are off to school. The parade is always on the Saturday before St. Patrick's Day so we can almost always see it. The only year we have missed it both boys were sick...

Not this year though, everyone was healthy and we were ready to head out and kick off the holiday and our anniversary celebration.

But, instead of going to the Brookside Parade we headed to a different one. The plan was Brookside but then Jennifer mentioned that Lee's Summit had their own parade and that Nathan's daycare was walking in it and they wanted to go and watch. A parade is WAY more fun with friends/family so we headed out and joined them and Tiffany & Sophie. 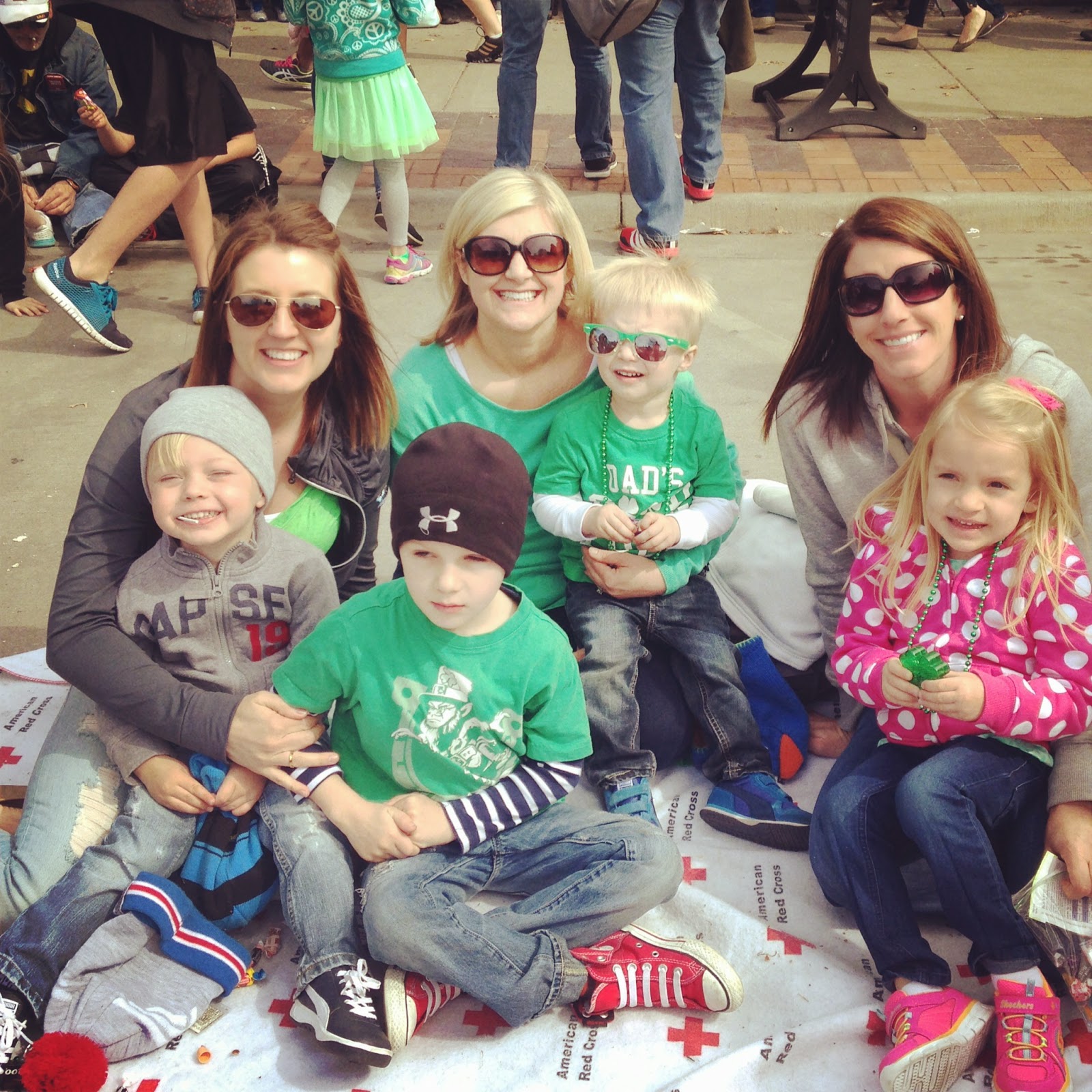 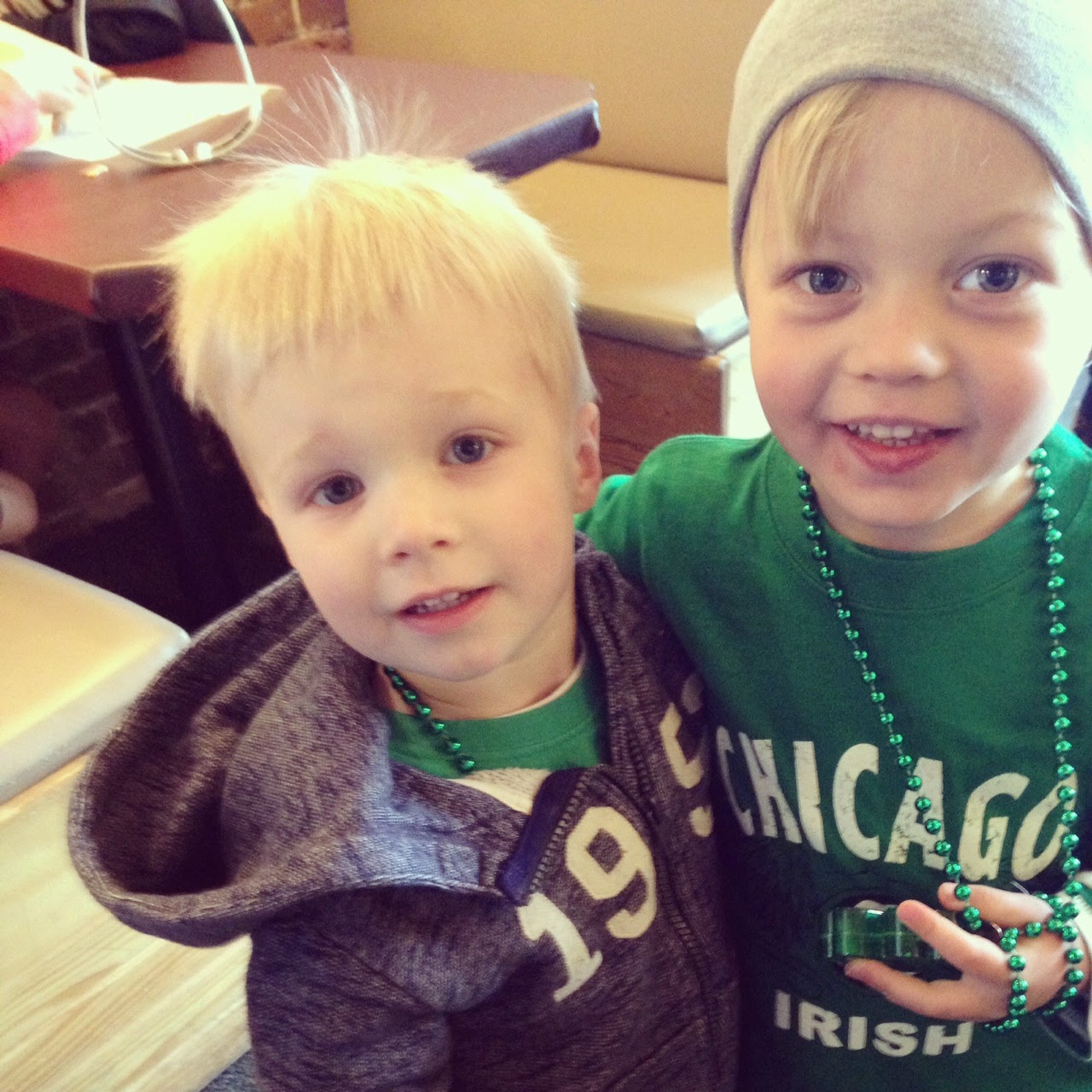 We didn't quite make it there in time for the Gold Rush for the kiddos but we were there in plenty of time to get a good seat for the parade. & the kids, they were pretty patient for waiting as long as they had to, yes, we heard "when it is going to start" like 50 times, mostly from my boys but they were distracted easily. Squirrel. 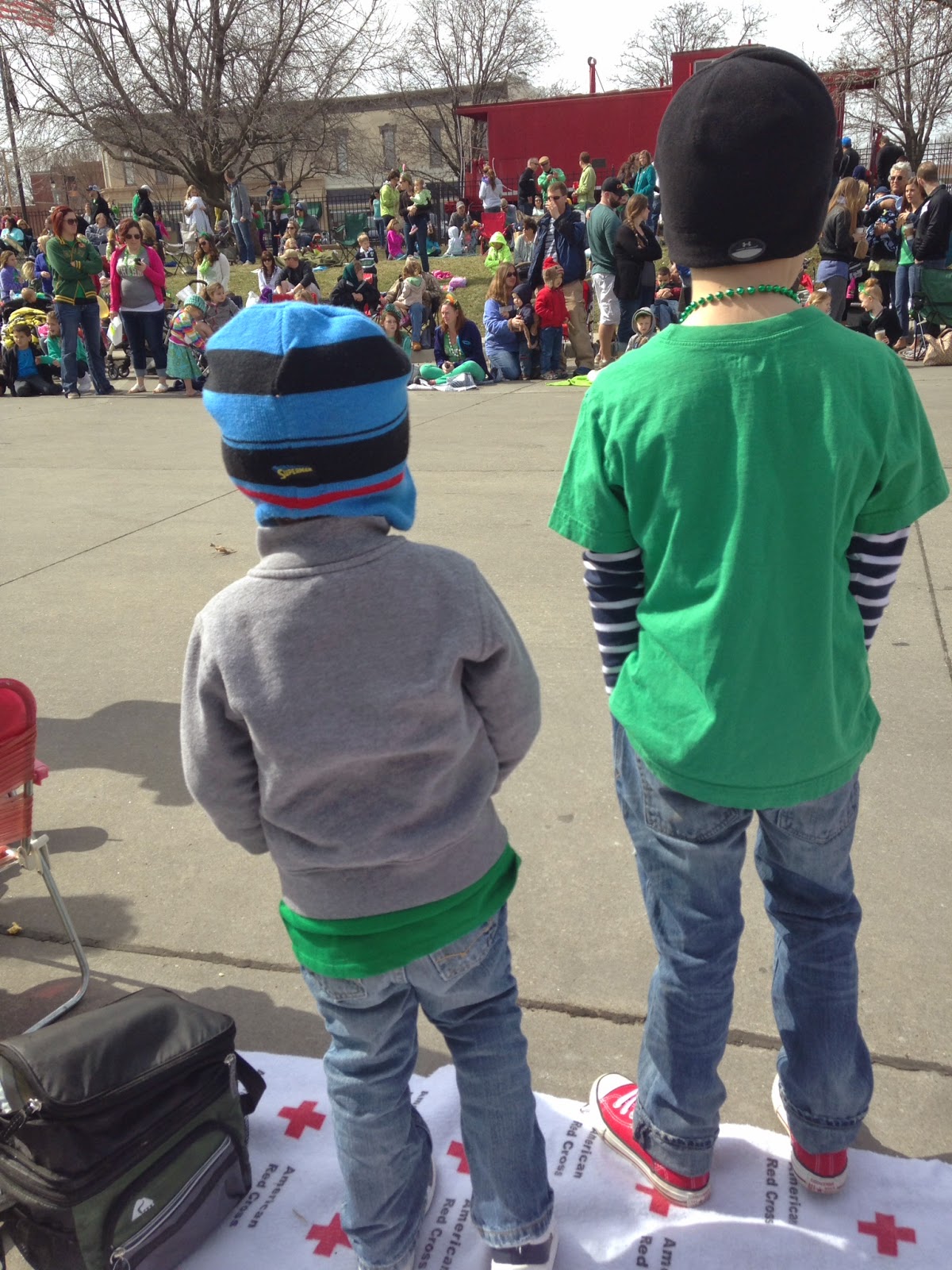 I'm not going to lie, the parade wasn't as good as the Brookside parade but that could be because we found ourselves at the end of the parade. There was hardly any candy left, granted I would have thrown most of it away anyways BUT the kiddos were all looking forward to using their hats and collecting as much as they could. On top of that, it seemed like everyone had lost their energy by the time they made it to us. 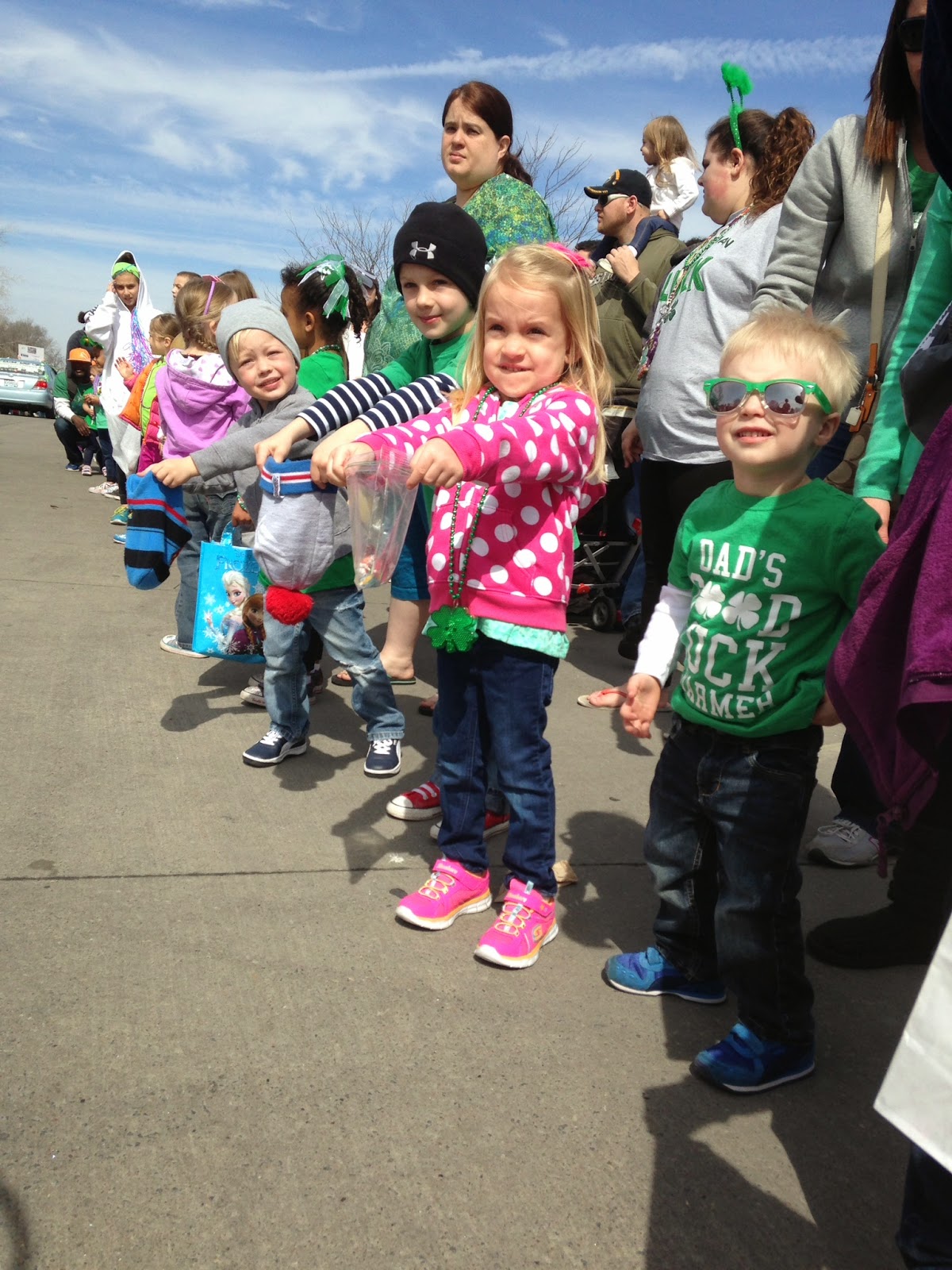 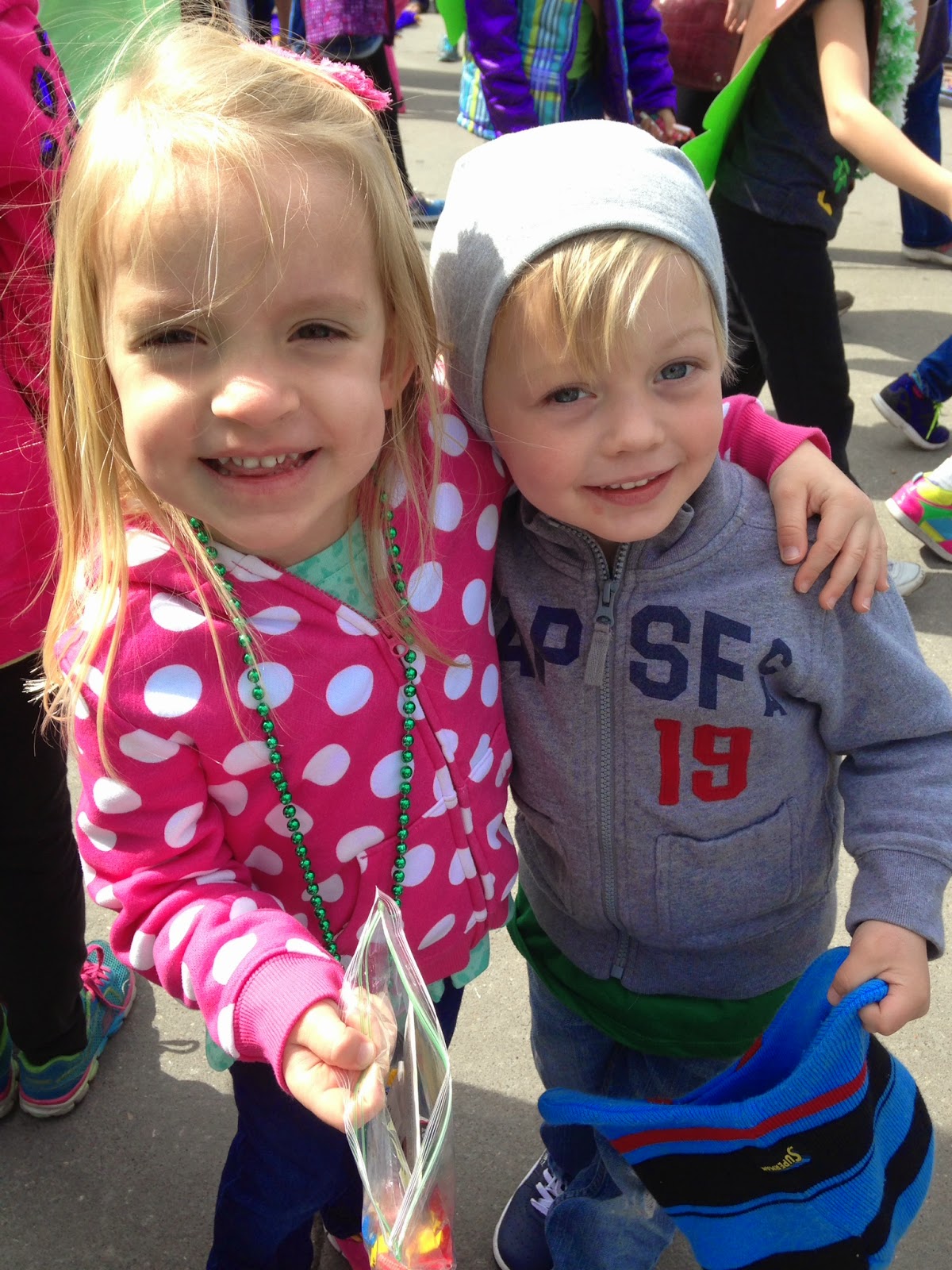 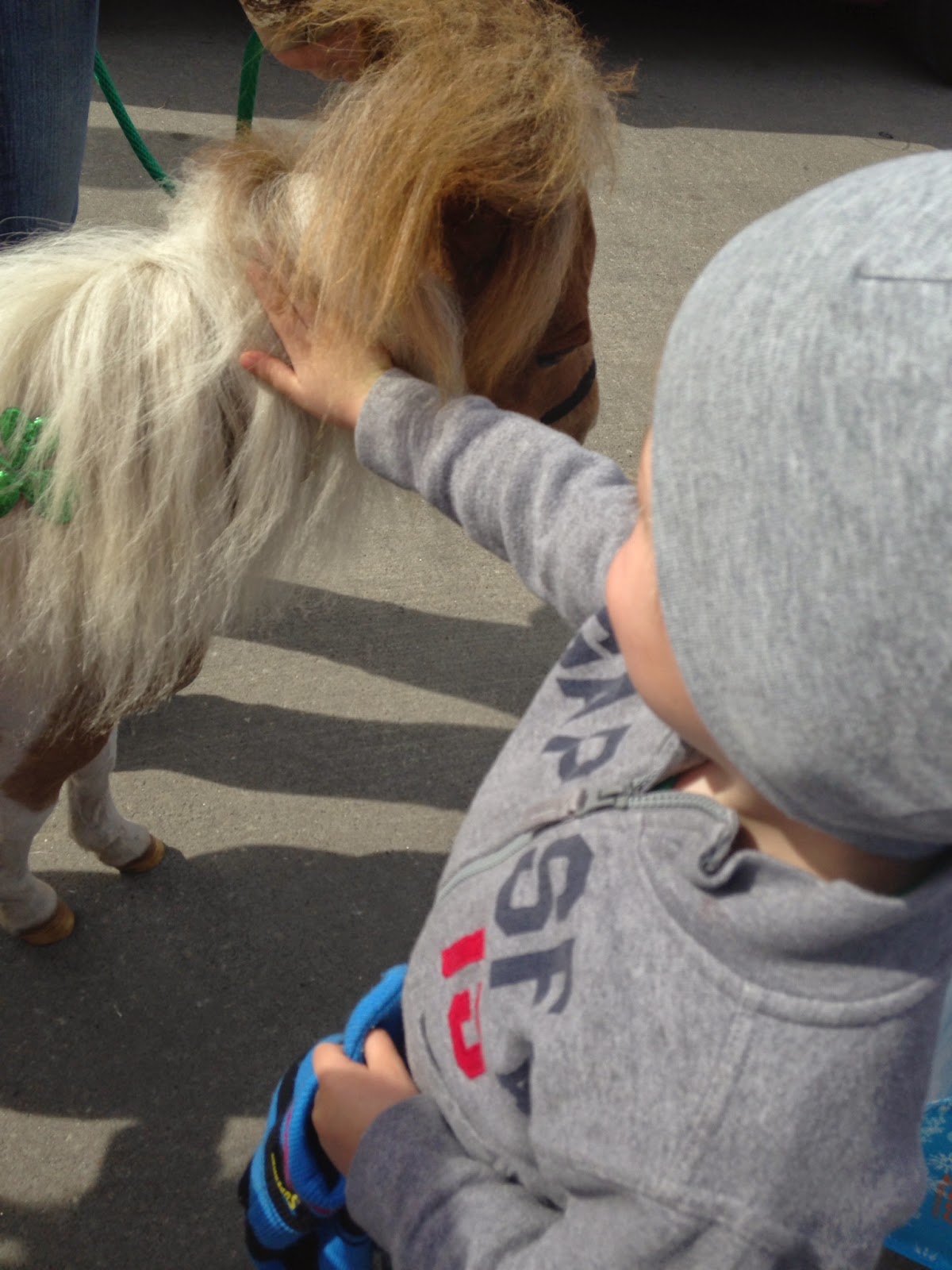 With that being said, it was still great to get all the kiddos together but I think next year we will be heading back to Brookside and keeping with tradition. 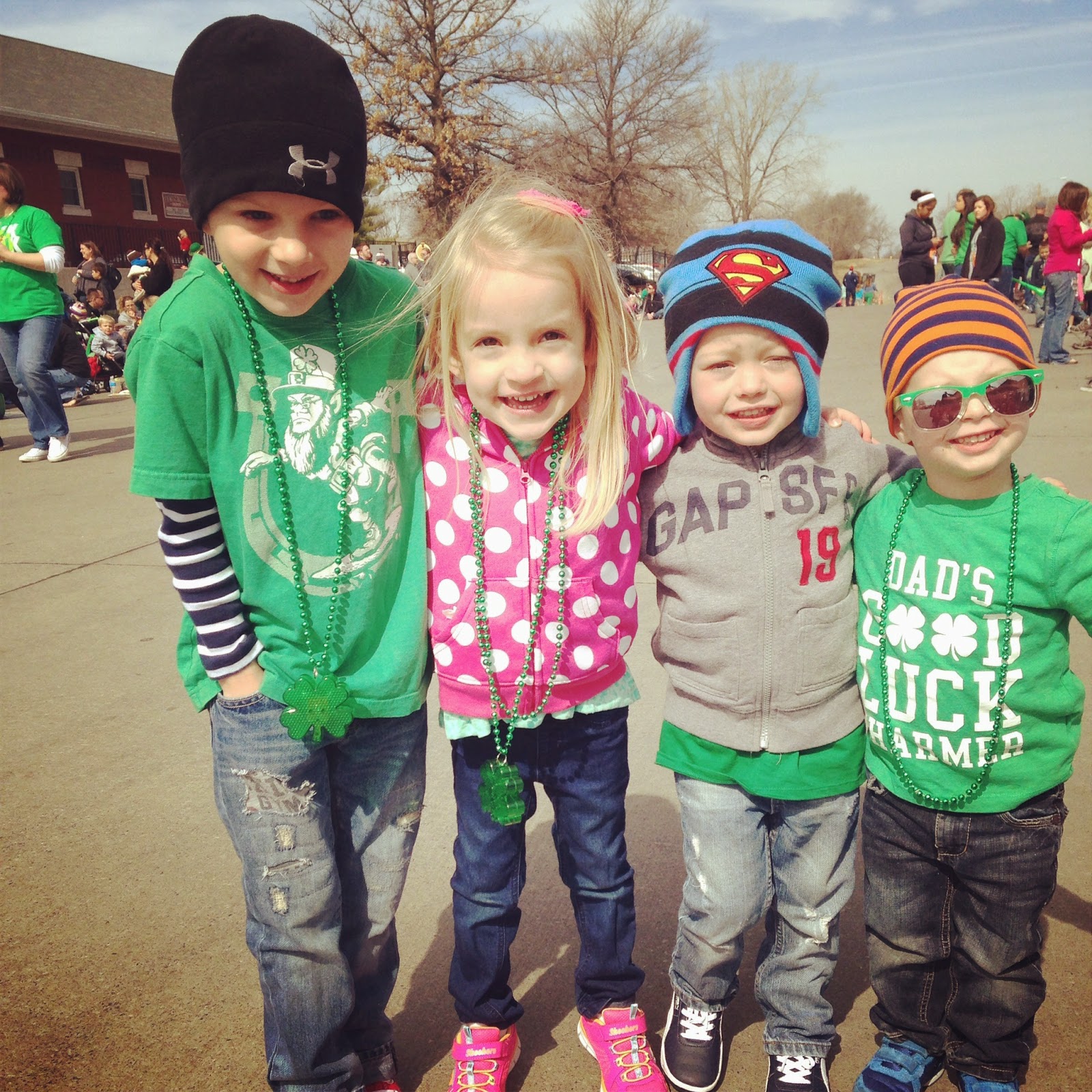