When Justin and I were just dating we were handed a puppy to hold and well, that puppy ended up coming home with us. Stoli was our first baby and Brodi, well, he joined our family a short time later.

We both have always been all in when it comes to our fur babies. They get free reign of the house when we aren't home, they sleep in our beds, and often times curl up with us on the couch for a weekend nap.

We have had to throw away countless toys since they both enjoy a good chewing and the boys aren't always the best at picking up their stuff…. 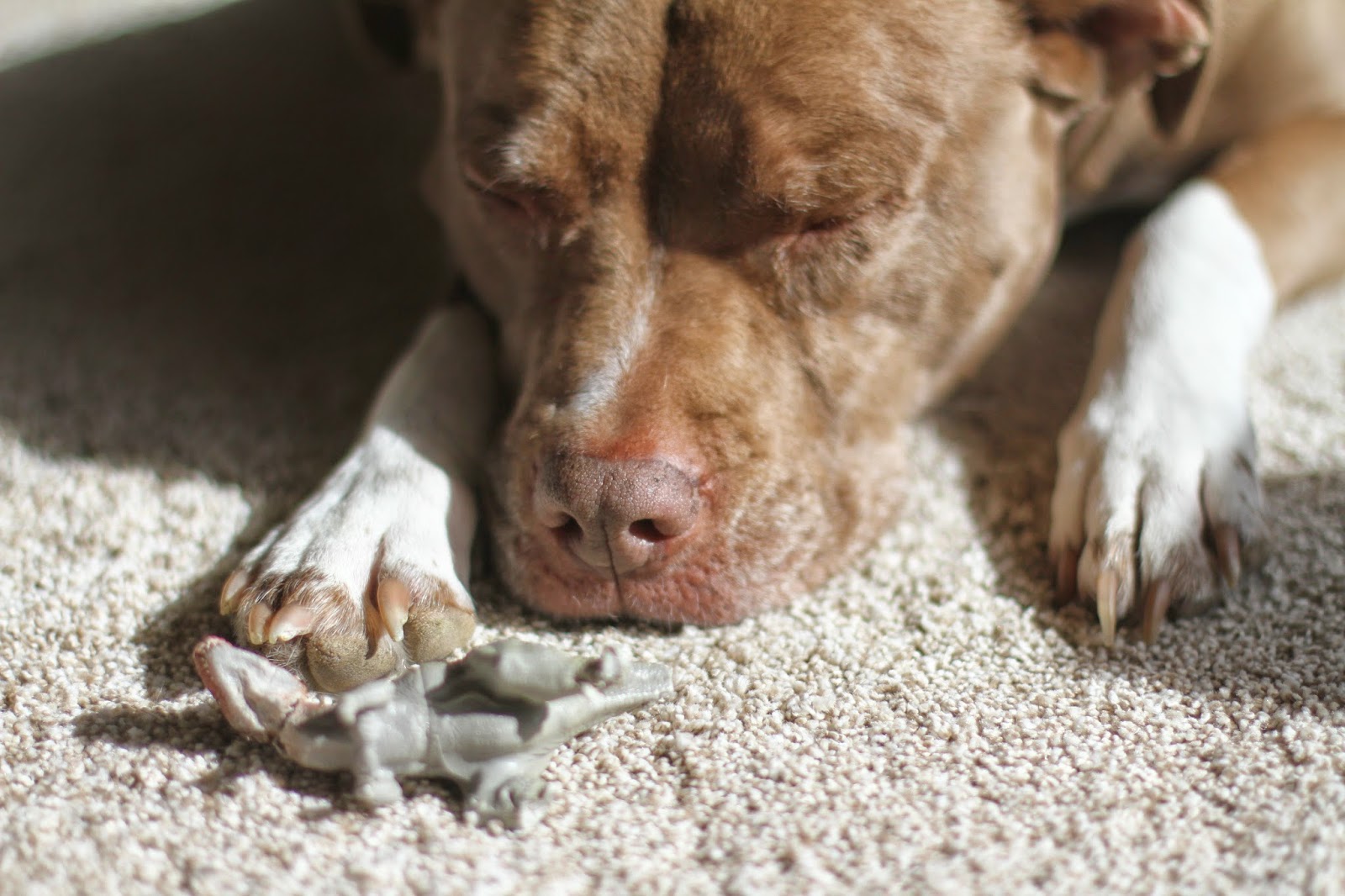 Jeans--one of Brodi's favorites. He loves to bite of buttons.

Same with hats, that little nob on the top of a hat is gone-zo if left in reach.

5, yes, FIVE coverlets, 2 separate designs and now we have just given up. 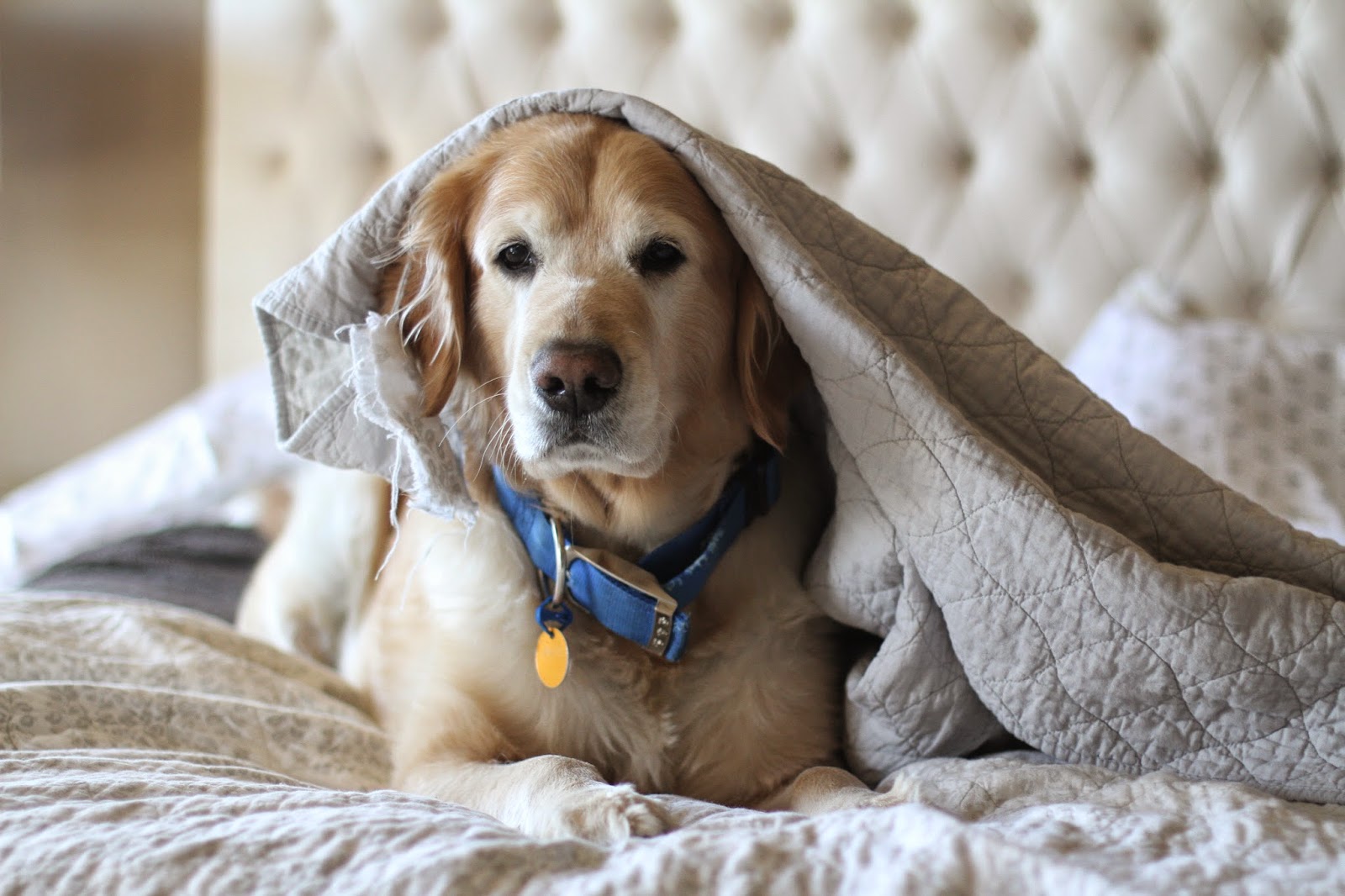 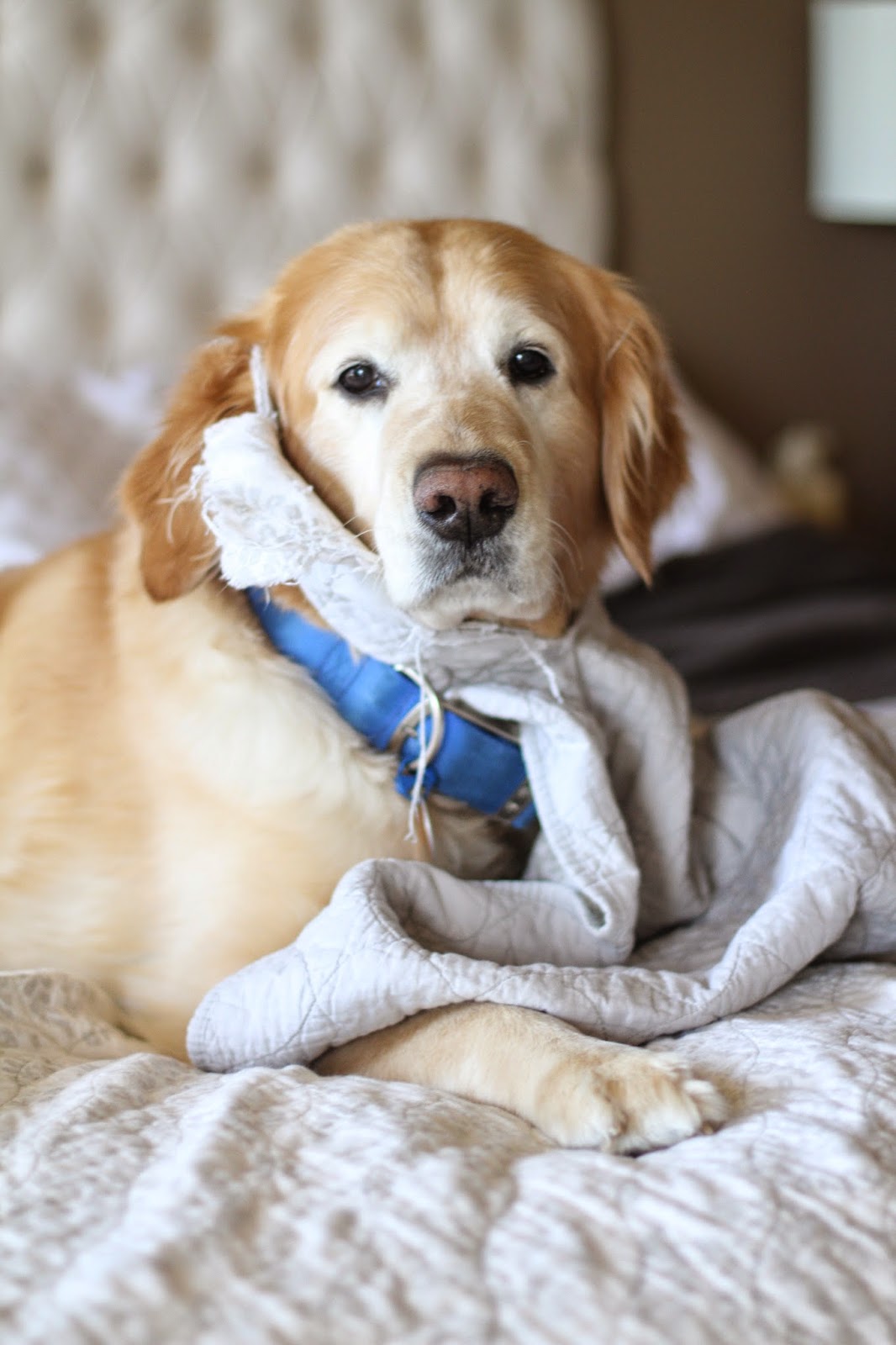 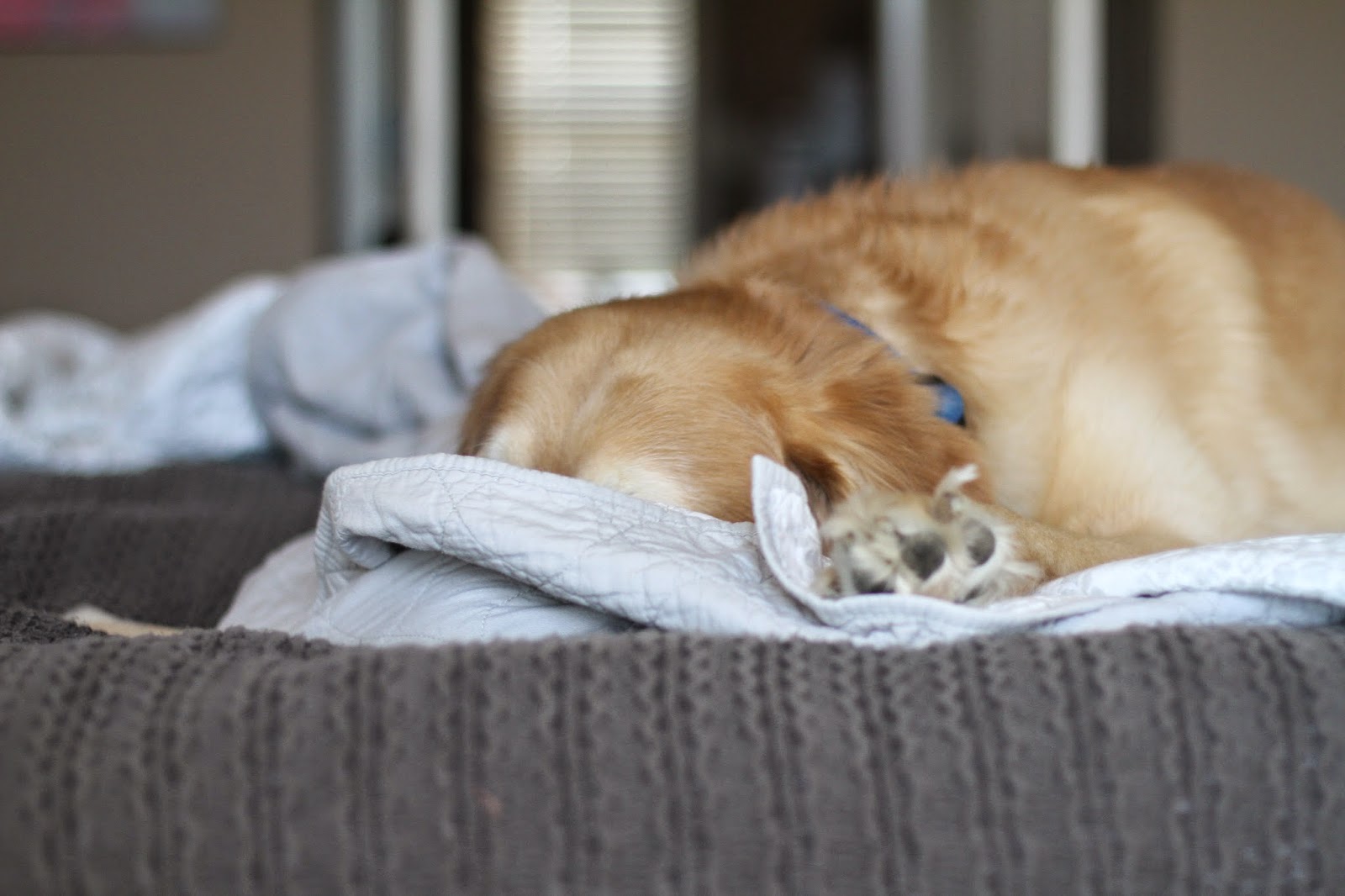 A couch. Yes, even a couch. We had our old couch for a little over two years and one evening we came home to couch stuffing on the floor. One of the dogs' nails got caught in the fabric and a nice little hole was made. By the end of the week our couch was covered in sheets because they had successfully made holes in 4 of the 5 cushions. Luckily, two cushions could be flipped over but we lived with sheet covered cushions until the new couch came. Please note, we did get a different fabric so the snagging shouldn't be an issue but they are no longer allowed on the couch.

Pillows--you know it, BUT only if they have zippers or buttons. 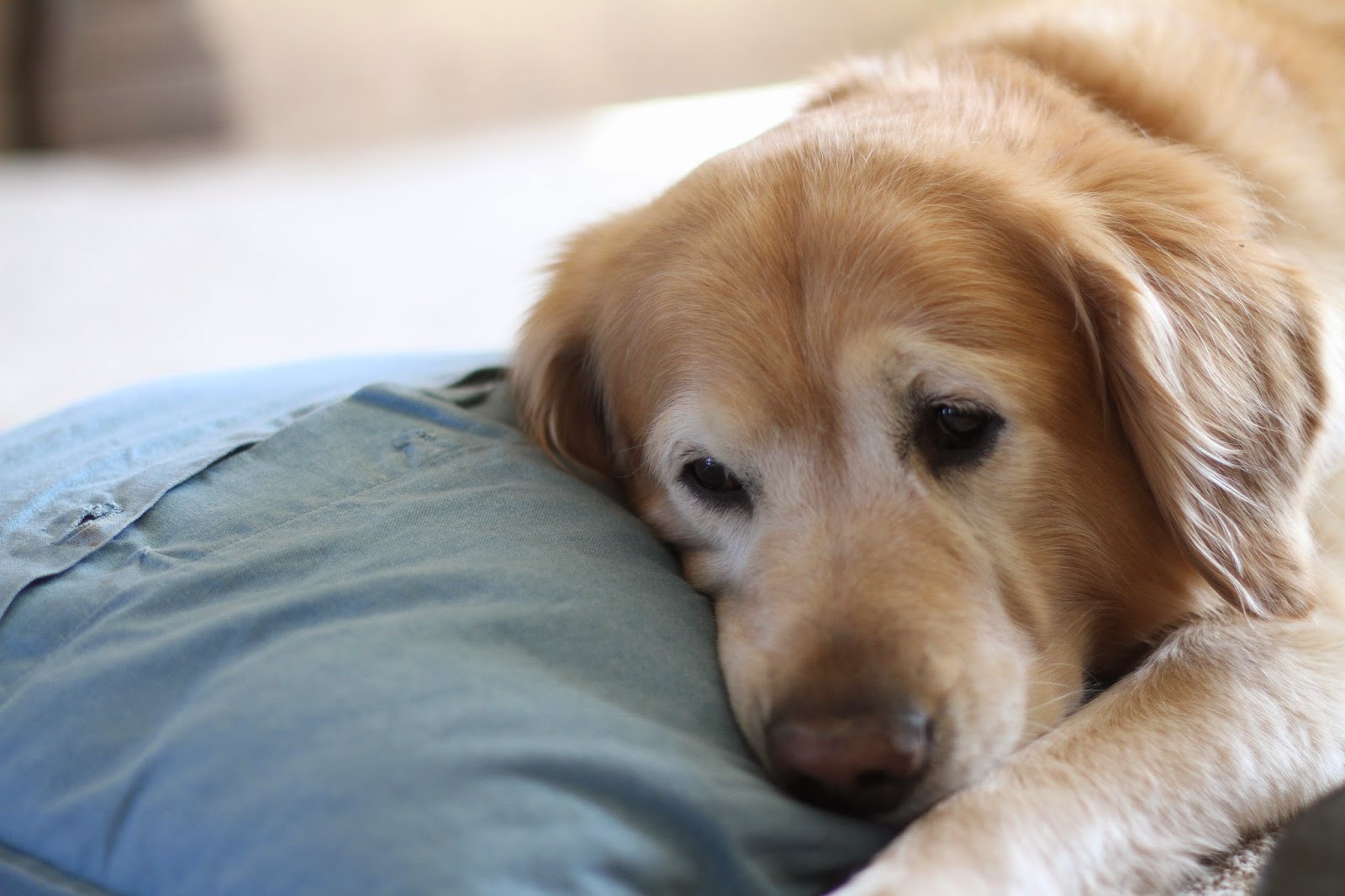 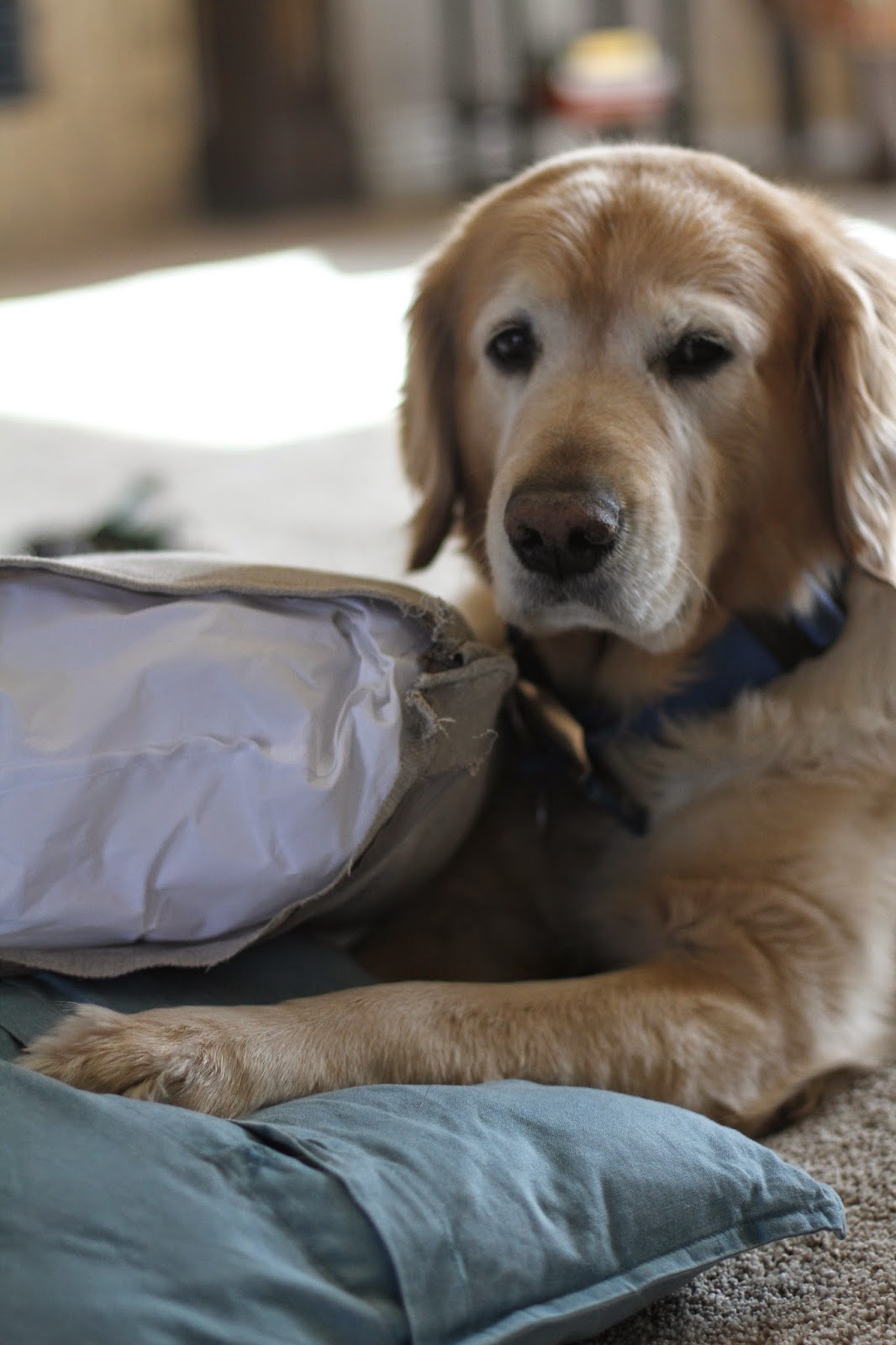 Our hardwood floors are scratched all to hell from their nails. They are just so eager to get outside when we come home.

A few of our wood columns in the home and corner baseboard moldings have been gnawed on.

& probably the worst of them all, our new dining room table has been chewed on. It's made of antique Italian wood and it already has knots out of it. I glued a few pieces back on, wasn't so lucky with other parts of it. So now, we just have to keep the chairs pushed up to the table on all sides--it's not how I would like the chairs to be placed but it's what we gotta do.

And even with all these items that we have either had to replace or will have to replace or just had to get rid of, I still wouldn't change a thing when it comes to our fur babies. When I have had a bad day at work, they know & are the first to come over and tell me it's all going to be okay. When we have exciting news to share, they are the first at our feet with their tales wagging from side to side.

They love us, flaws and all & it's only fair that we do the same. 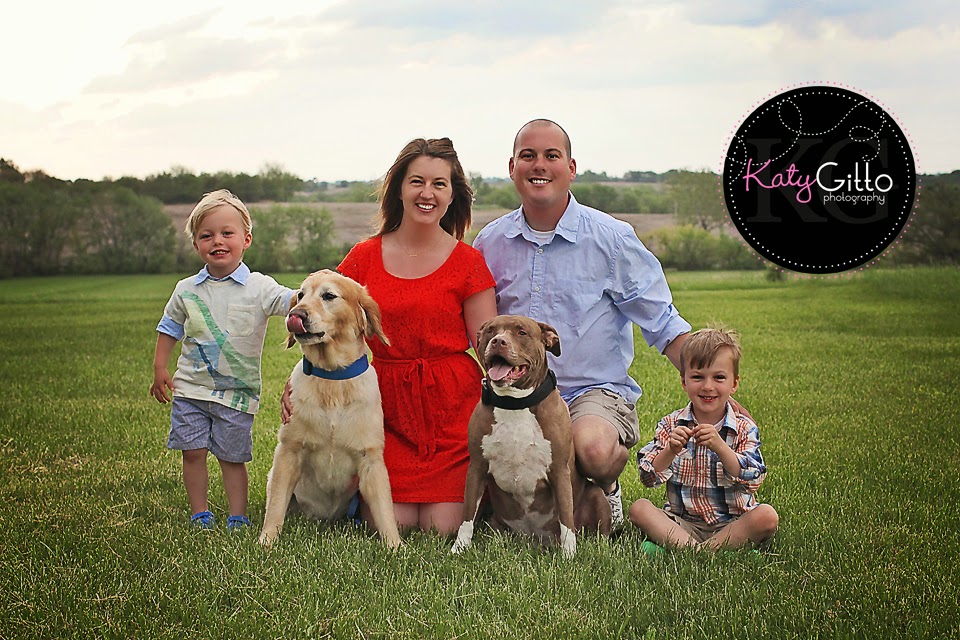 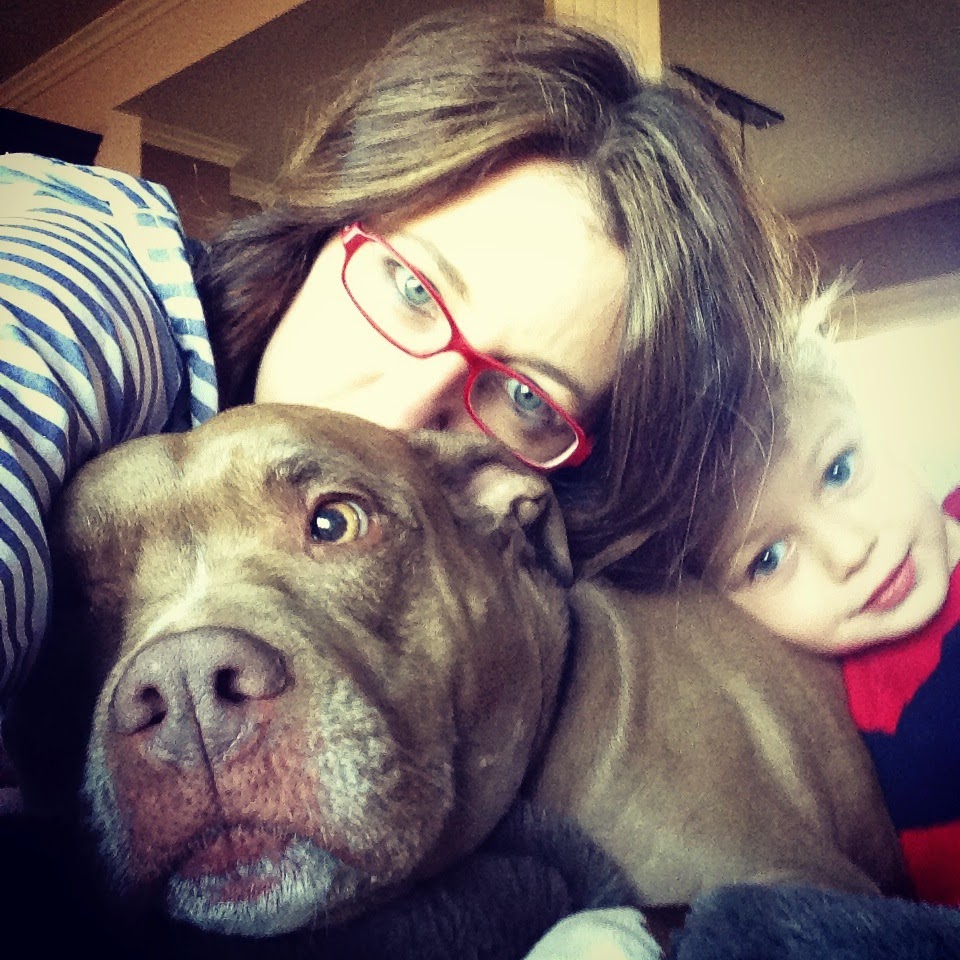 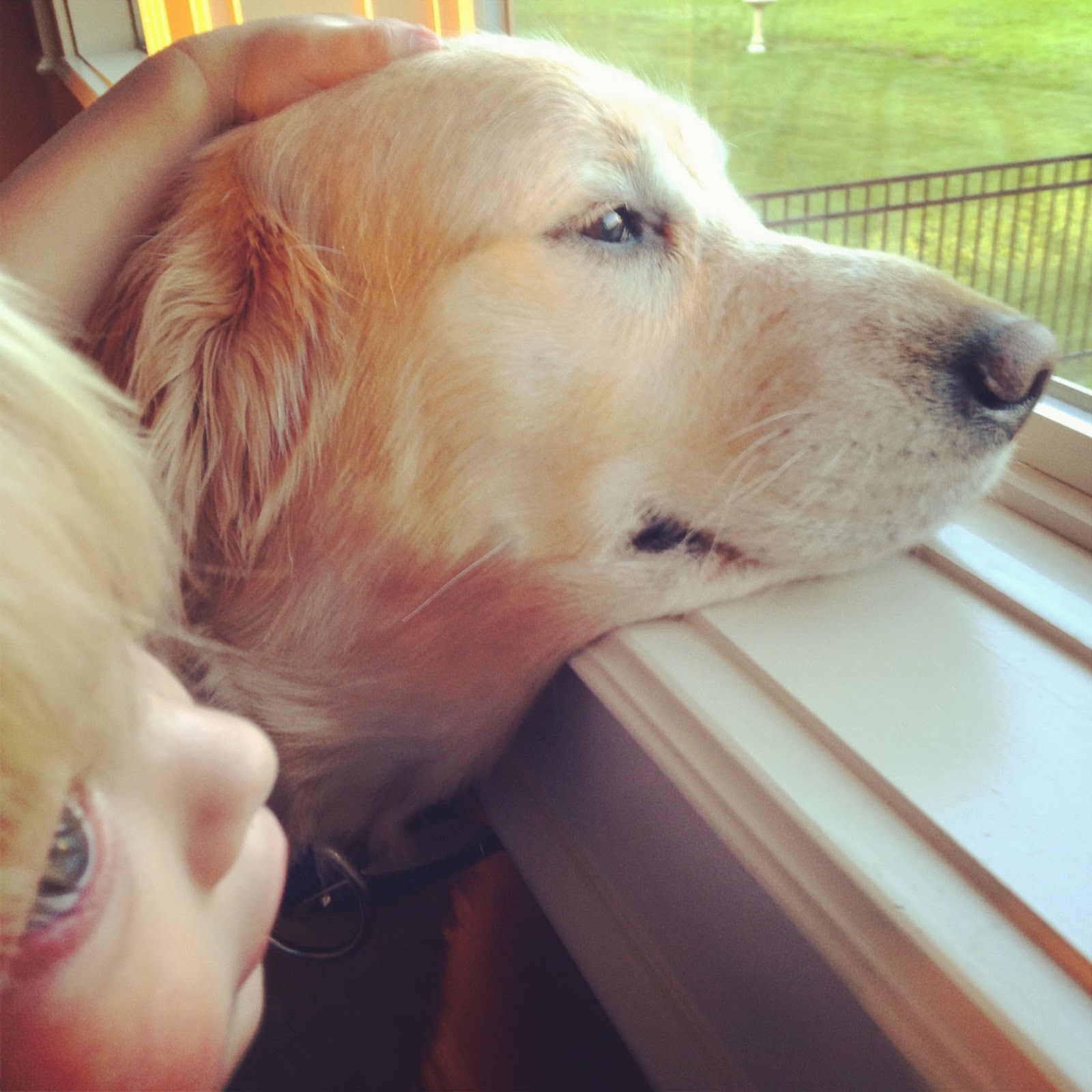