Yes, we celebrate HALF birthdays at the South house.

At least I do.

At least for the kids.

And this big guy was turning FIVE and a HALF. & if you ask him, it's a pretty big deal. One year closer to learning to whistle--we told him he'll learn to whistle when he is 7 or 8 so we don't have to hear him trying non-stop in the car! Sure some people might think that's mean, I on the other hand think it's pretty genius on our part. 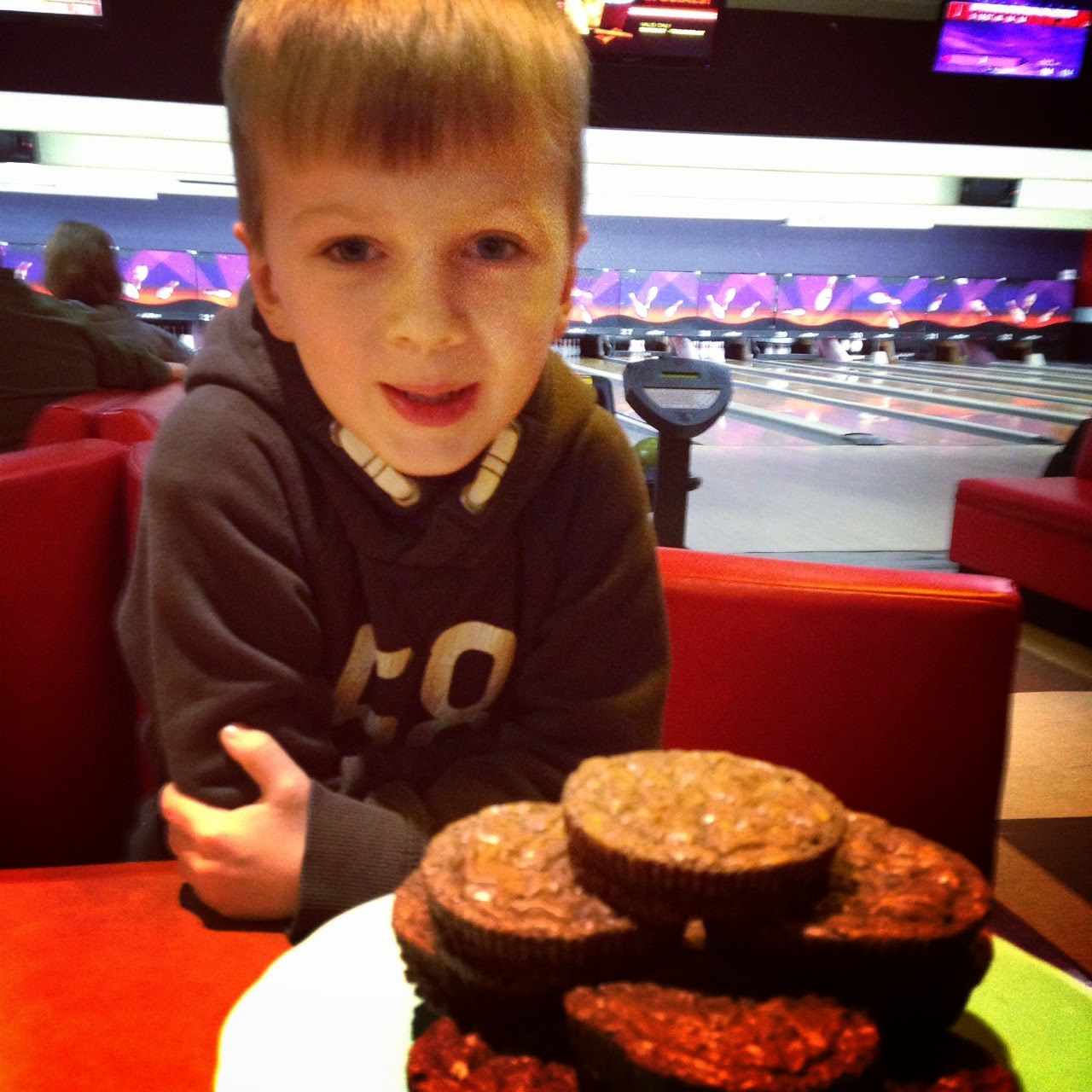 We typically do something besides birthday cakes or a bunch of cupcakes---in the past we have done pancakes, Rice Krispie Treat cakes, single cupcakes...

On this half birthday we did brownies, cupcake brownies that is.

& we went out for an afternoon of bowling. The bowling adventure wasn't in celebration of his half birthday, we just wanted to get them out of the house since they had been cooped up all weekend. 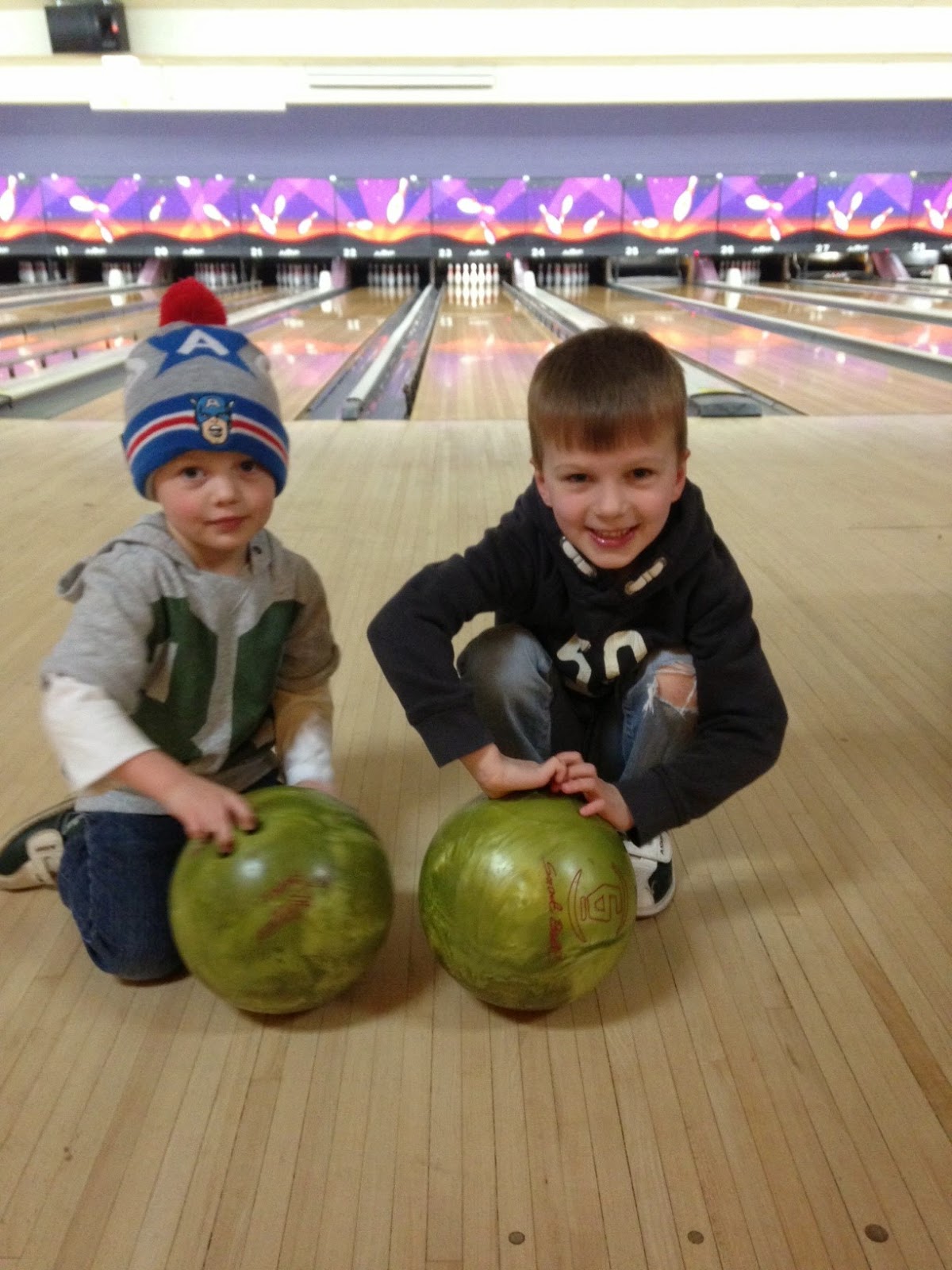 It was balls of fun--pun intended.

Justin comes from a long line of bowlers in his family, competitive bowlers at that & I'm kind of shocked that this is the first time we have really taken the boys to a bowling alley. They have been bowling before, just not with us, Ms. Brenda to the rescue again.

I am not sure if I have ever had a bigger smile on my face. They ate it up. As soon as Kaden had his bowling shoes on he was breaking out the dance moves. & Logan, I know I'm his mother but if he isn't the cutest thing in the WORLD, I'm not sure what is. His smile went from ear to ear and he had to work so hard to pick up that 6 lbs ball and push it down the lane. The first few attempts barely made it and then he figured out he could just run and "drop" the ball. The boys had lots of different lanes smiling at them. 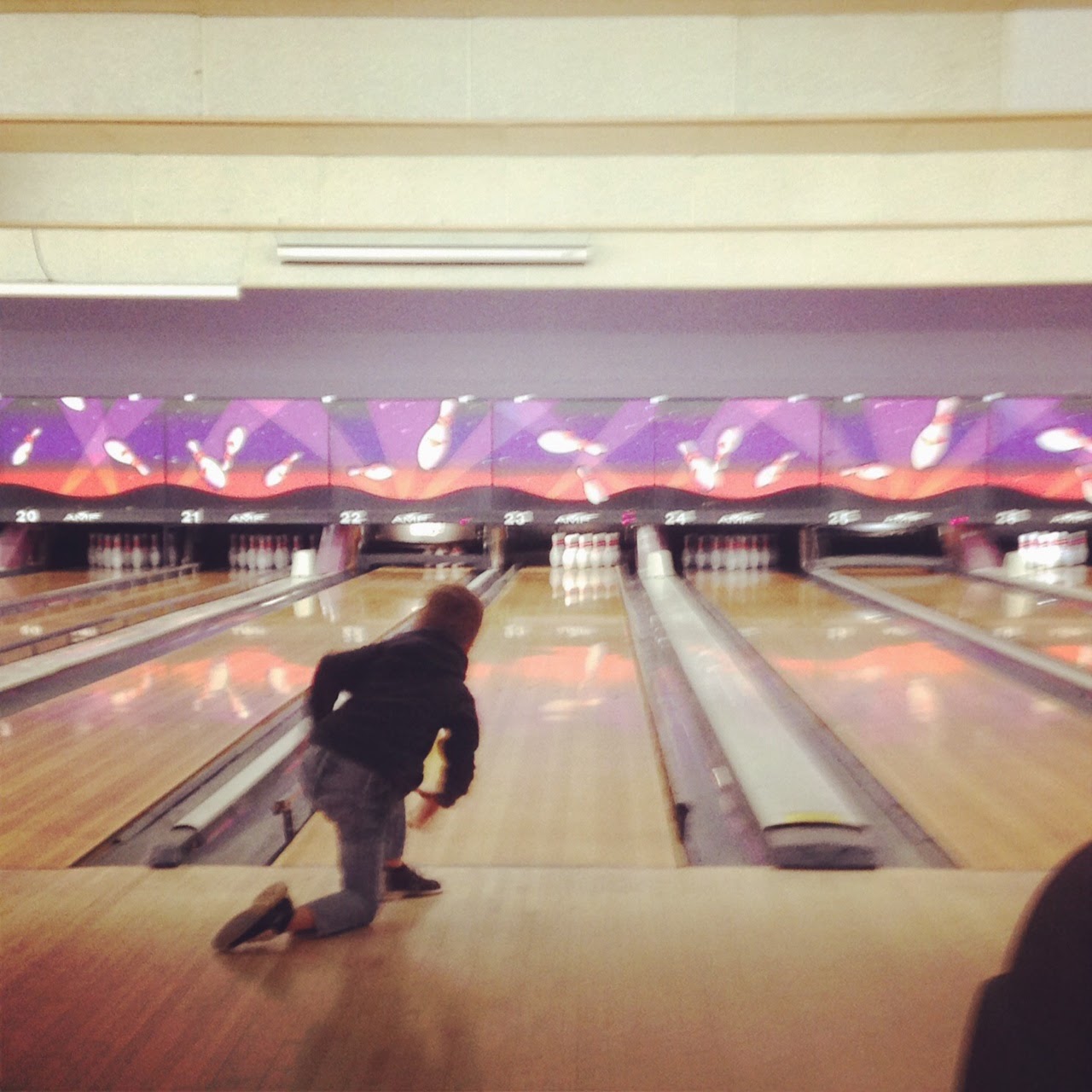 He worked really hard on his release and follow through. And really only used the bumpers maybe half the time which for being one of this first times bowling was pretty good.


They bowled two separate games & since Justin comes from a long line of bowlers we figured we should teach bowling etiquette from the get go. We explained that if there was a bowler on either side that was about to bowl that they needed to step back and wait until they had thrown their ball. Surprisingly they listened and were very polite bowlers.

I think it's pretty certain that we will be having more bowling adventures in the near future as both boys were already asking when we would be going back before we even made it to the car.

Happy Half Birthday K-Man! & yes, we had him blow out the pretend candles--Mom Fail. 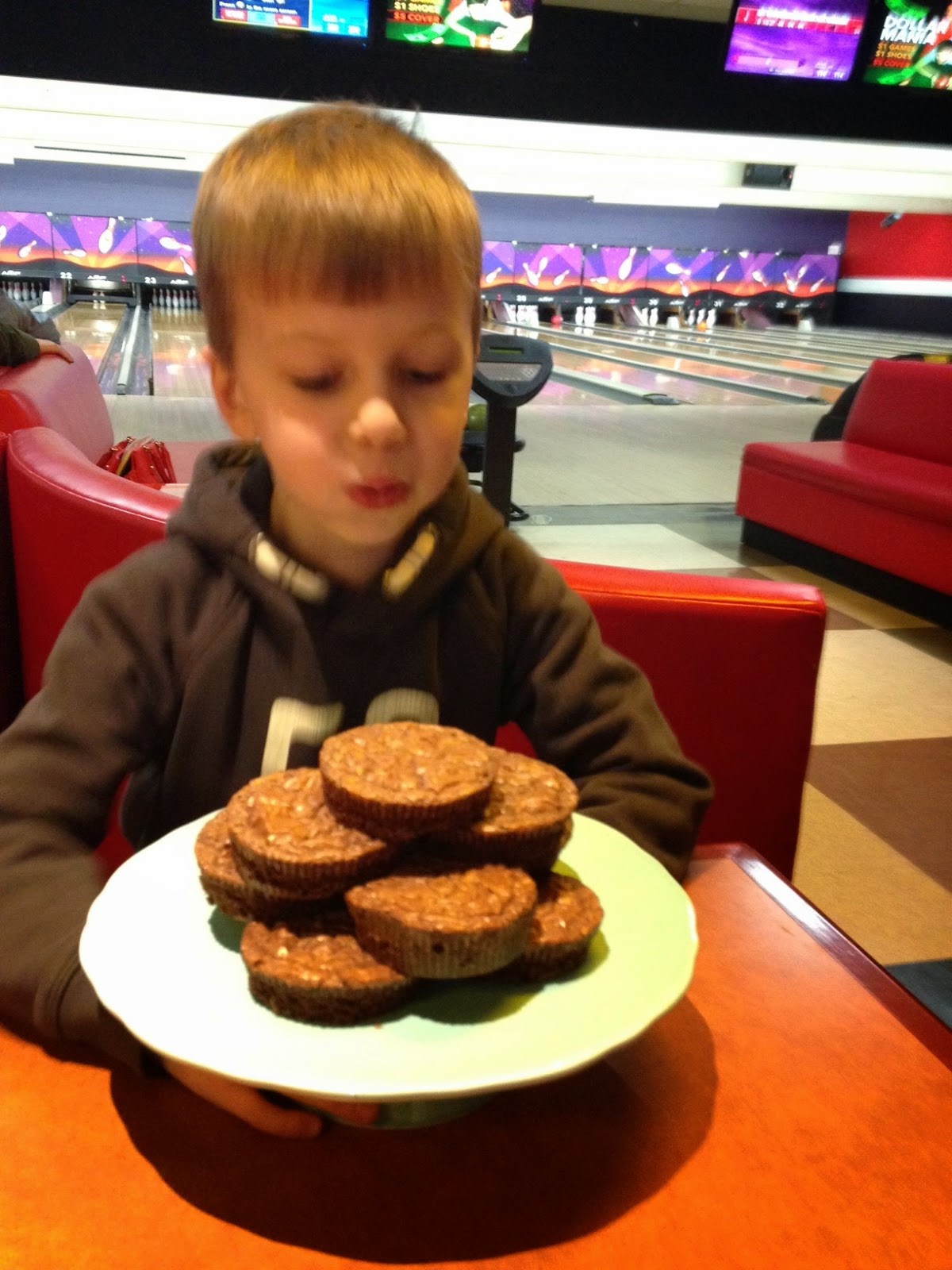