Every wife, mother, sister, whatever it may be, needs a Girls Night Out once in awhile with her friends. We need a night where we don't have to worry about anyone but ourselves---sounds selfish & it absolutely is but I am 100% okay with that because I know it makes me a better wife and mother.

Last year we did a girls weekend in Chicago and saw Justin Timberlake in concert & although the concert wasn't everything I had hoped it would be, the weekend was. So when we heard Maroon 5 was headed to town this year, we figured this would make for the perfect GNO. & it did.

We started off with a little shopping at Town Center--in search of a cute little concert outfit---fully knowing we have no idea what a concert outfit entails.

We decided to book a hotel down at Power & Light so we didn't have to worry about getting a ride home or taking a cab or being woken up too early in the morning by children that will go unnamed. & this would allow us a place to hang out while getting ready for the concert and consume a few drinks. What we weren't prepared for was the absolute chaos that we encountered as we pulled into the hotel, the valet parking was a mess. As soon as we pulled onto their property we exited the car, flipped over the keys and checked it. Our car was now their worry, not ours, we had other things to get to. & just in case you were wondering, our car was still sitting in the same spot when we left about an hour or 2 later & word has it, they shut down valet parking soon after we got our ticket. Phew! 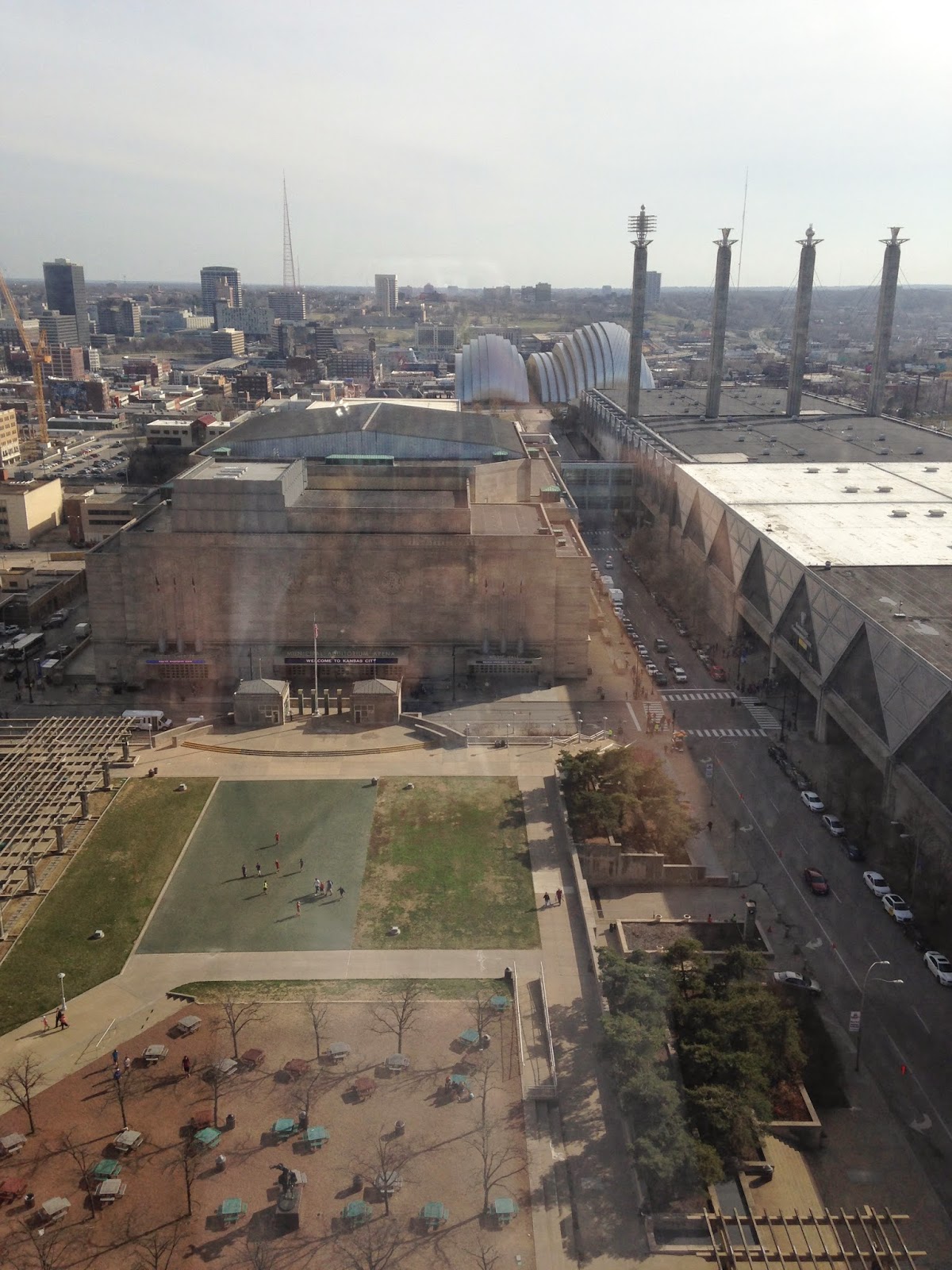 Eating was a top priority. We all knew that we needed to get something of substance in our bellies before the concert and bar hopping ensued. We first went to Johnnies, it was an hour and a half wait---opening round of March Madness and gorgeous weather. We ended up at Bar Louie, we sat right down but they warned us that it could be about 45 minutes before we could get our food. The only other choice was Chipotle and although I love Chipotle, we were looking for something a little different. We stayed and it did take as long as they told us but luckily we still made it to the concert with plenty of time to spare. 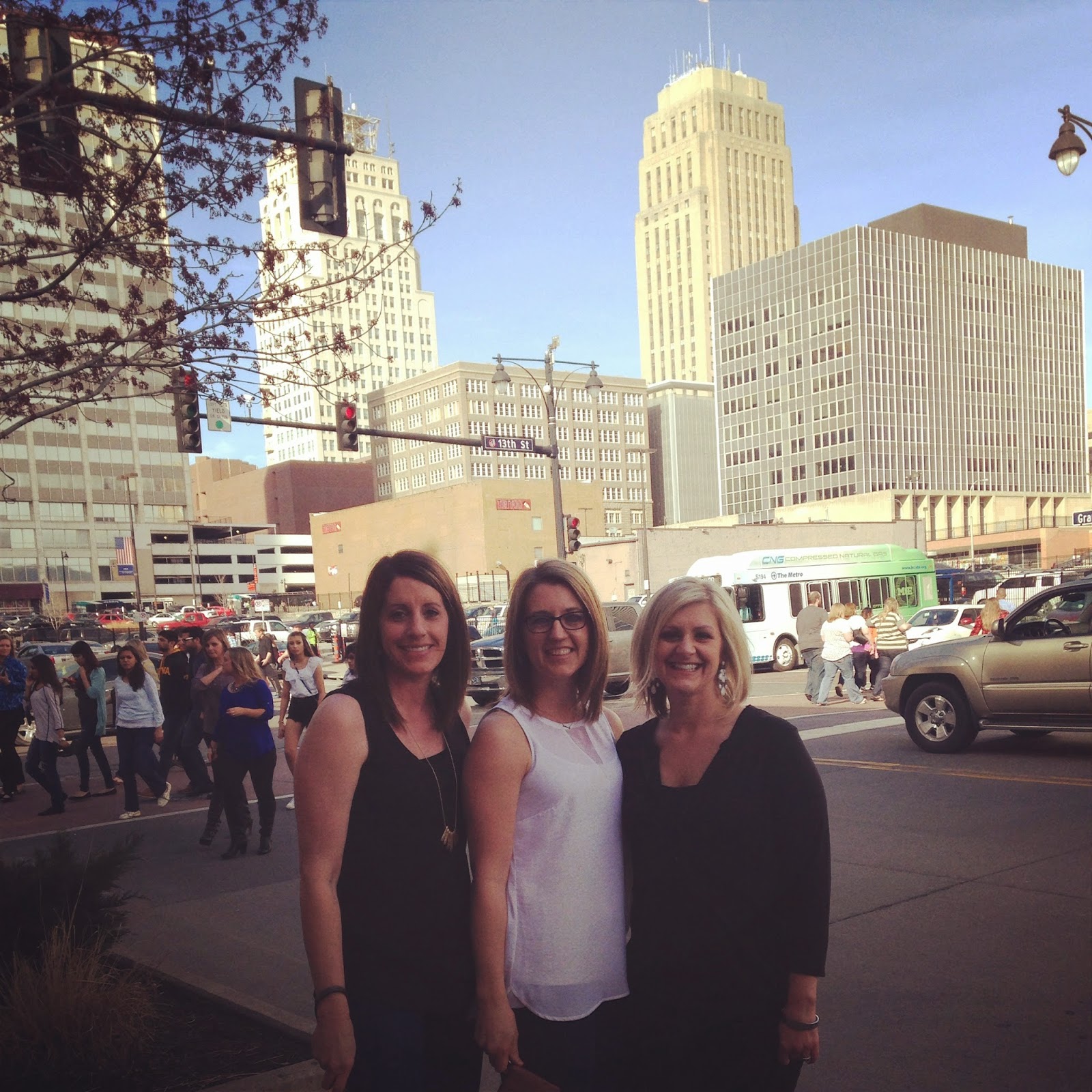 The opening act was okay--she could sing but I hadn't heard of her before and I haven't sought her out since. Magic came on in between her and Maroon 5--the only song that I knew of theirs was Rude--why you gotta be so rude?... gonna marry that girl. yeah, no matter what you say--luckily they saved that song for their last song. Had you walked into the concert while that song was going on and not have heard anything prior, you would have thought you missed something spectacular and I am just here to say, you didn't. Waaaah, Waaaaaah. Waaaaaaaah.

& then it was like the clouds parted and angels started to sing---out walked Adam Levine. & damn, he is sexier in person than on TV, or at least from my advantage point he was. They played hit after hit, like 17 songs in total or something crazy like that. My favorite of course being She Will Be Loved and he stripped the song down which made it even more perfect.


He started out by asking all of us to use our phones and turn on the light function and hold them up high. He sang two versus of the song like this and then came to an abrupt stop and told us all he wanted to try something. He asked that we ALL put our phones away. That only lighters were allowed and for 2 minutes he just wanted to have a moment--a real genuine moment where technology wasn't interfering. Most everyone complied and those who didn't, he gave them a very hard time. Once he felt satisfied that most all phones were put away, he started the song again and it was even better than the version with all our phones lighting up the room. 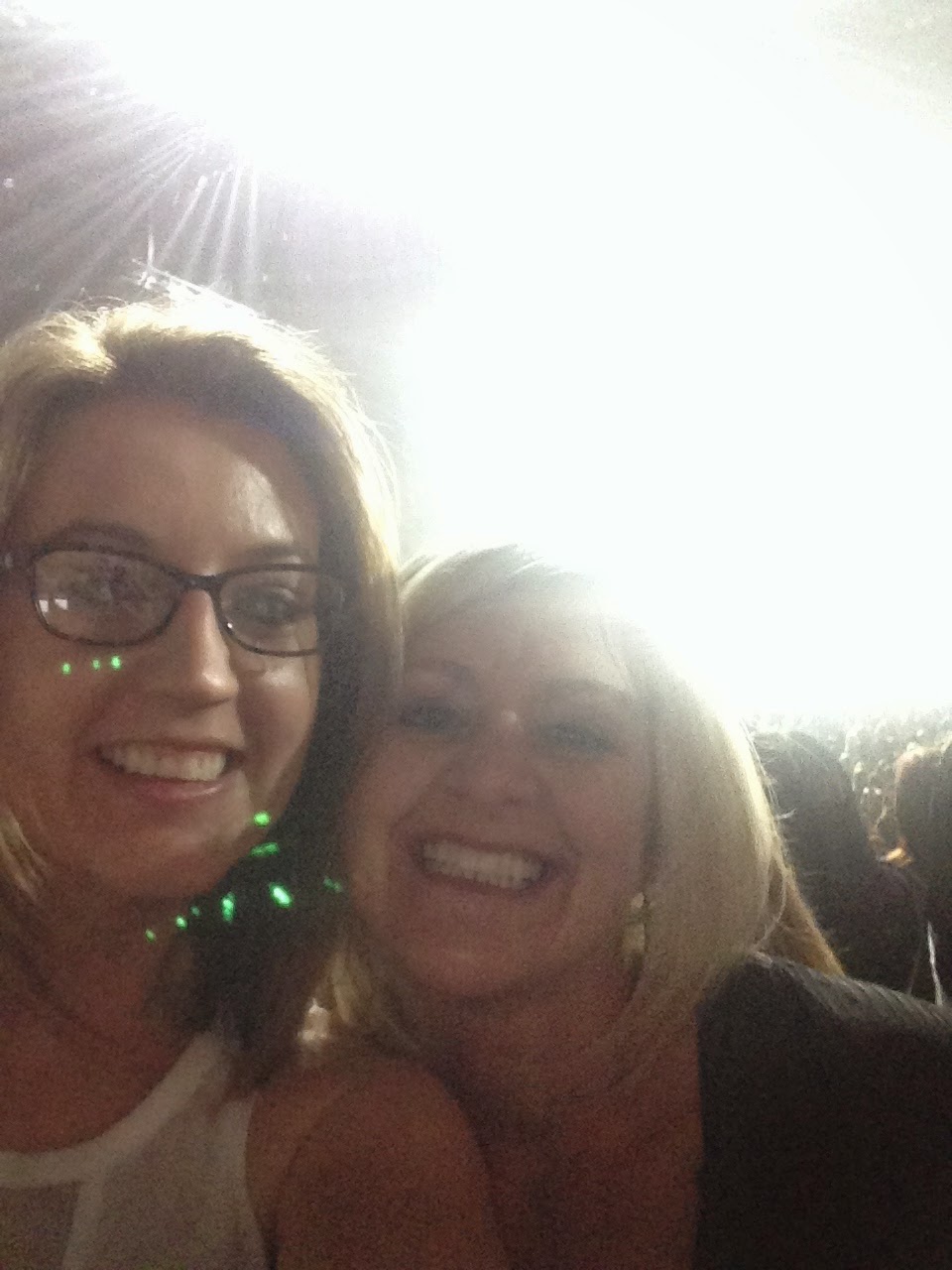 Their concert was soooo good. I'd go back tomorrow for an encore. I'd pay $250 for tickets on the floor---that's how good they were. They sounded great and man can his guitarist James, play. Sorry JT but your buddy Adam and his band, blew your concert away--in my opinion.

The concert may have been over but our night certainly wasn't! We headed over to Power and Light and decided to try out Mosaic--none of us had been there and it looked good from the outside. We handed over our $5 cover and in we walked, not even 5 minutes later, OUT we walked. It just didn't have the vibe we were looking for or one at all for that matter. So I did what anyone would do, I asked for my money back & you know what, it worked and we walked next door to Angels Rock Bar. It wasn't really all that busy and we easily found a spot at the bar & that is where we spent the rest of the night. The bar got busier, the music got a little louder and we, well we had a great time. We danced in our little bubble & the bartenders not only kept our drinks full but they they acted as our bodyguards too. 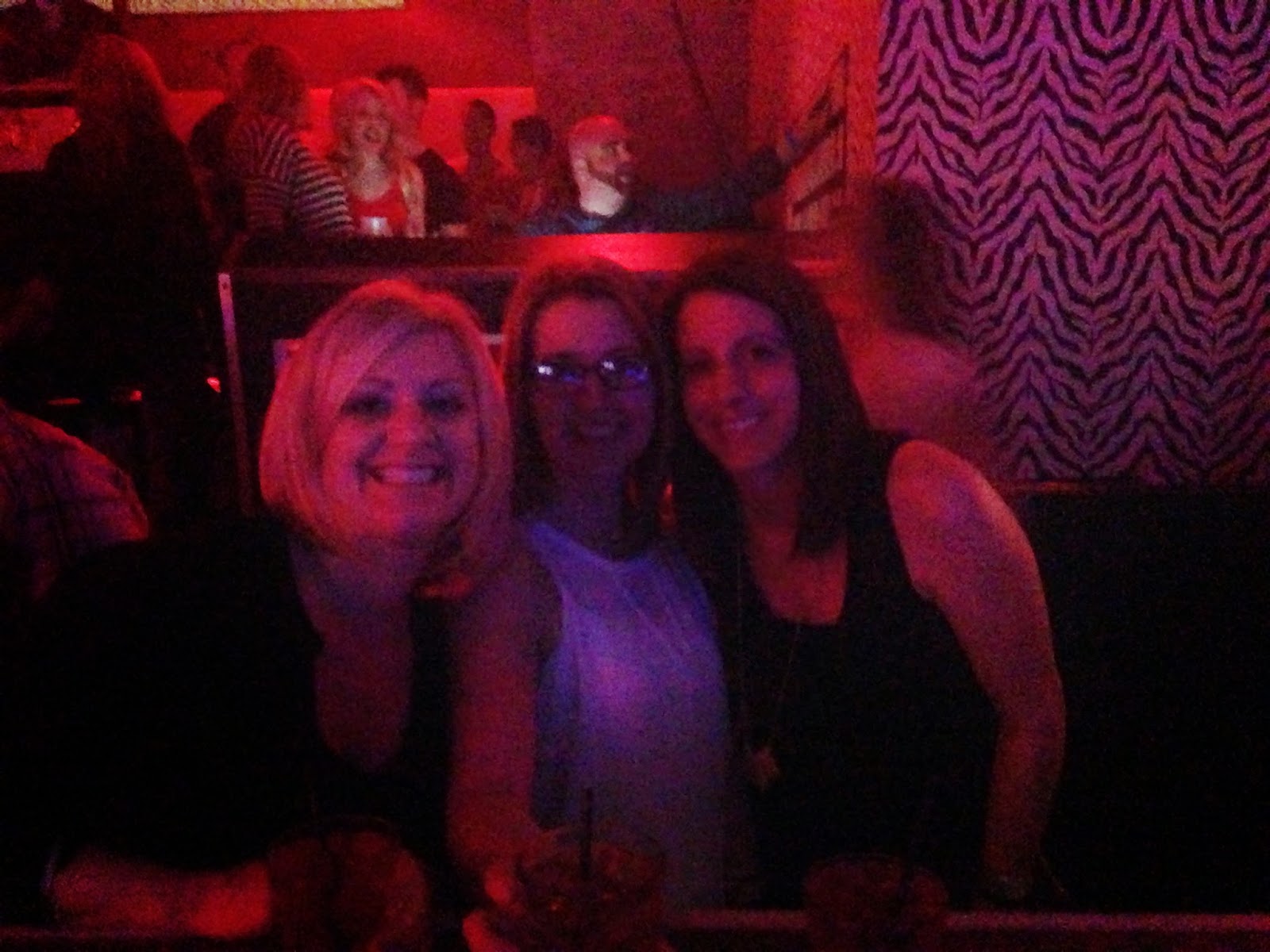 I believe it was a little after two when we headed back to the hotel. We thought about ordering a pizza but ordering a pizza wasn't an easy task at this point so we each had a few handfuls of the snack mix Tiffany brought before our pretty little heads hit the pillow. I, of course, woke up just a little after 5 am with Red Bull running through my veins & sleep for me wasn't happening---I gave it my best effort. The girls woke up around 7 or 7:30 and we contemplated breakfast but we weren't really sure that would go over well. We called our GNO a success and checked ourselves out of the hotel & headed back home to our families.

For this one night, we were just three friends having a night out on the town---it's like we were 25 again---this one night. Our bodies told us differently though...