This past weekend we had the most AMAZING weather. I would have been happy to see it during the week but the fact that it held out for the weekend was the cherry on top. It's all we talked about leading up to the weekend---how we were going to spend all day long outside playing and we had two little men who were asking to go outside from the moment they woke up on Saturday morning.

But before our outside play could start, we had to get ready for gymnastics. Logan has been doing gymnastics since October now and I had noticed that there was a 4-6 year old boys group that started about 10 minutes after Logan's session that would be perfect for Kaden. So we signed him up and this past Saturday was his first class. This isn't something totally new for him because he has been going to PNO for months now and knows the coaches and has played on all the equipment but it was his first structured class.

As Logan ran off to his class Kaden and I sat and watched and then they called his class and off he went. For the next 40 minutes I sat and watched as both boys did their thing. And then finally Logan's class was over and he joined me as Kaden's class finished up. It was a success all around which only meant we had to celebrate with a little stop at Sonic--one grape slushi and one sprite coming up. 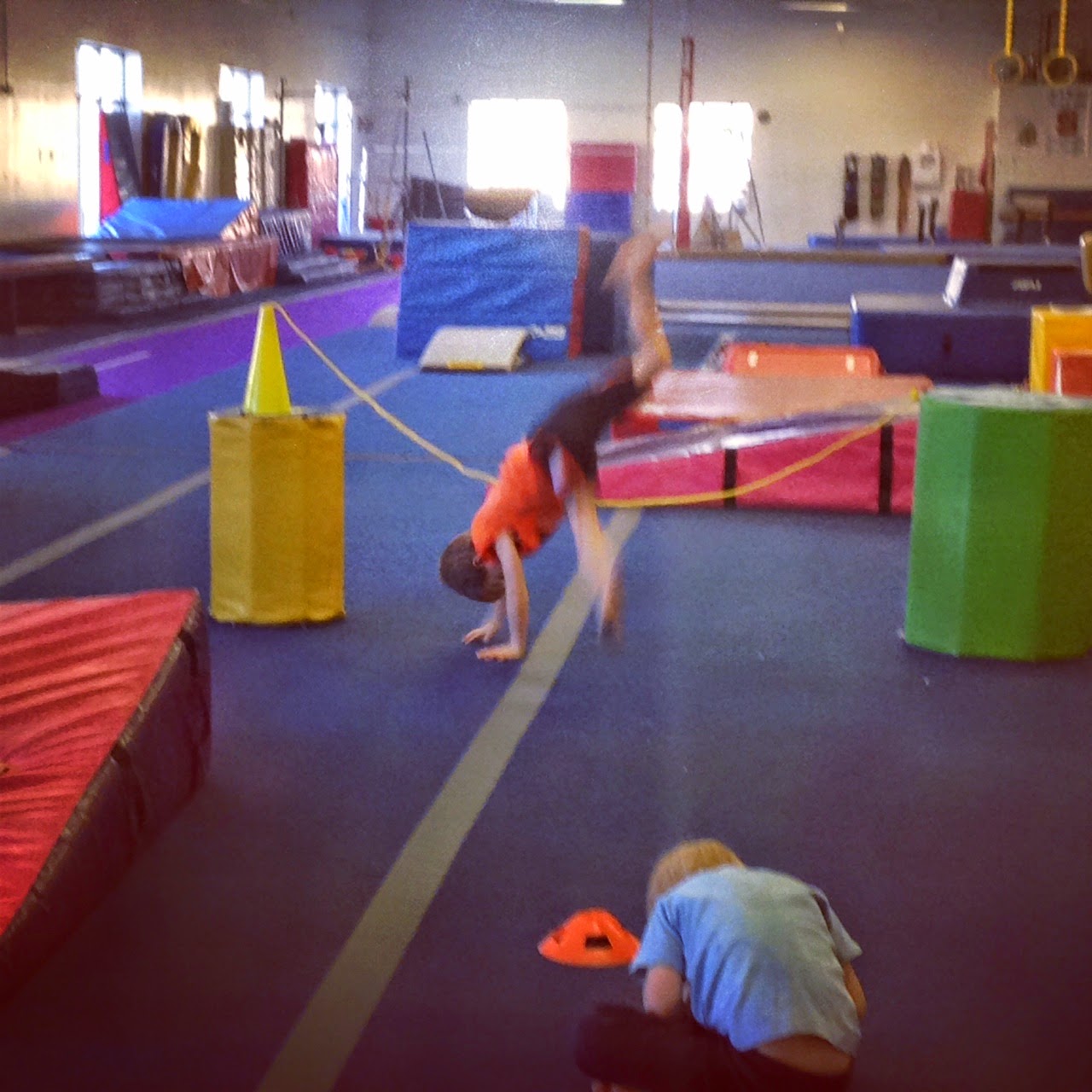 As we pulled into the driveway Justin had already tackled one of the big projects for the weekend--the garage. We are constantly cleaning out our garage, it just comes a dumping ground for random shit and the winter took its toll for sure. But in an hour and change Justin had it cleared out and organized, it was so refreshing.

The boys instantly jumped on their bikes and I got to working on my weekend project--more on that later. The next four hours were filled with bike screeches, pretend play and laughter. In the background, birds chirping. It has been a long, LONG, winter and this day was much needed. 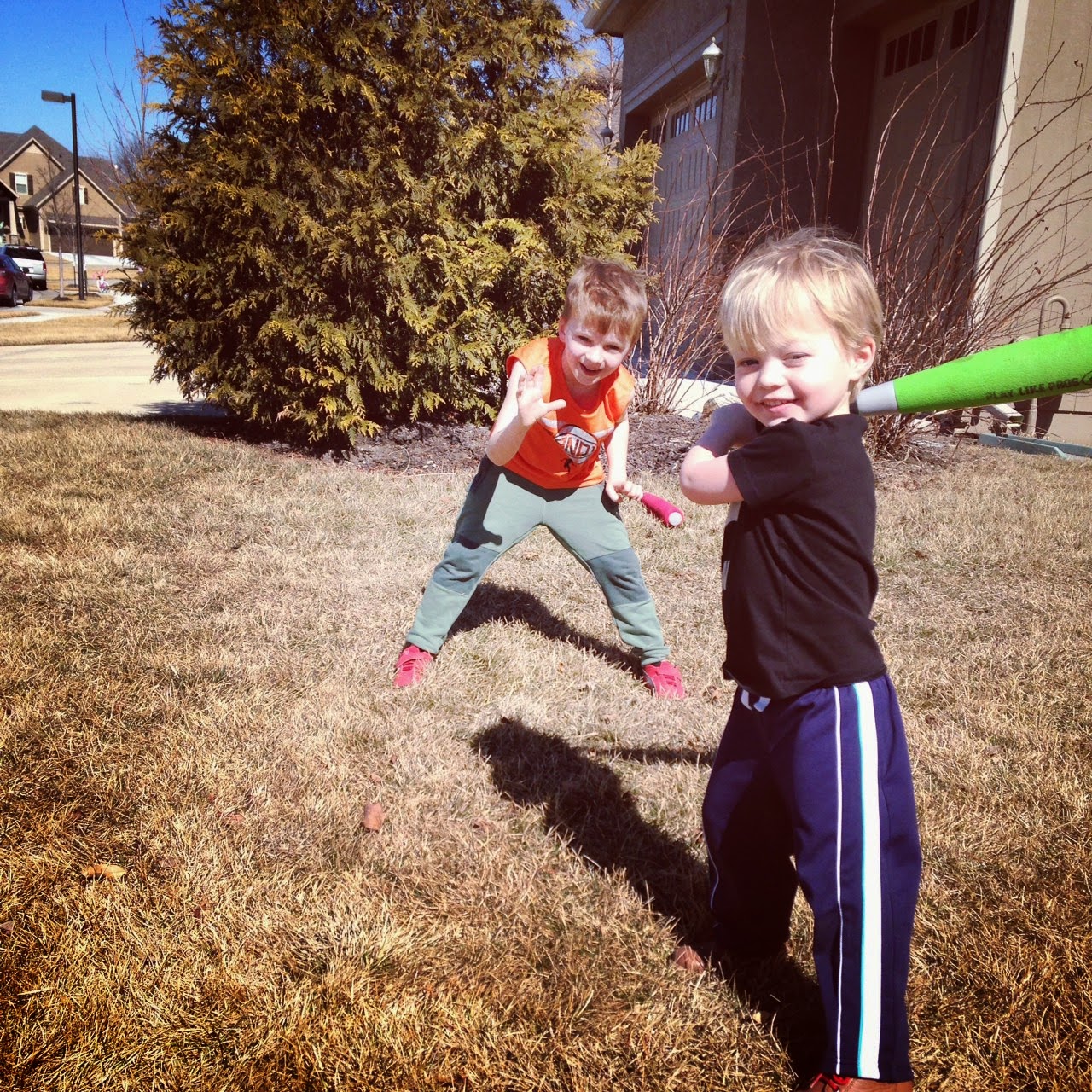 We figured naps would be easy since they played so hard but nope, about 15 minutes into laying down Kaden came walking down the stairs & joined me outside. He pulled his truck out and started wiping it off with paper towels so Justin and I filled up a cooler with soap and water and had him go to town on it. Logan woke up shortly after and joined in, never letting go of his Spiderman ball. 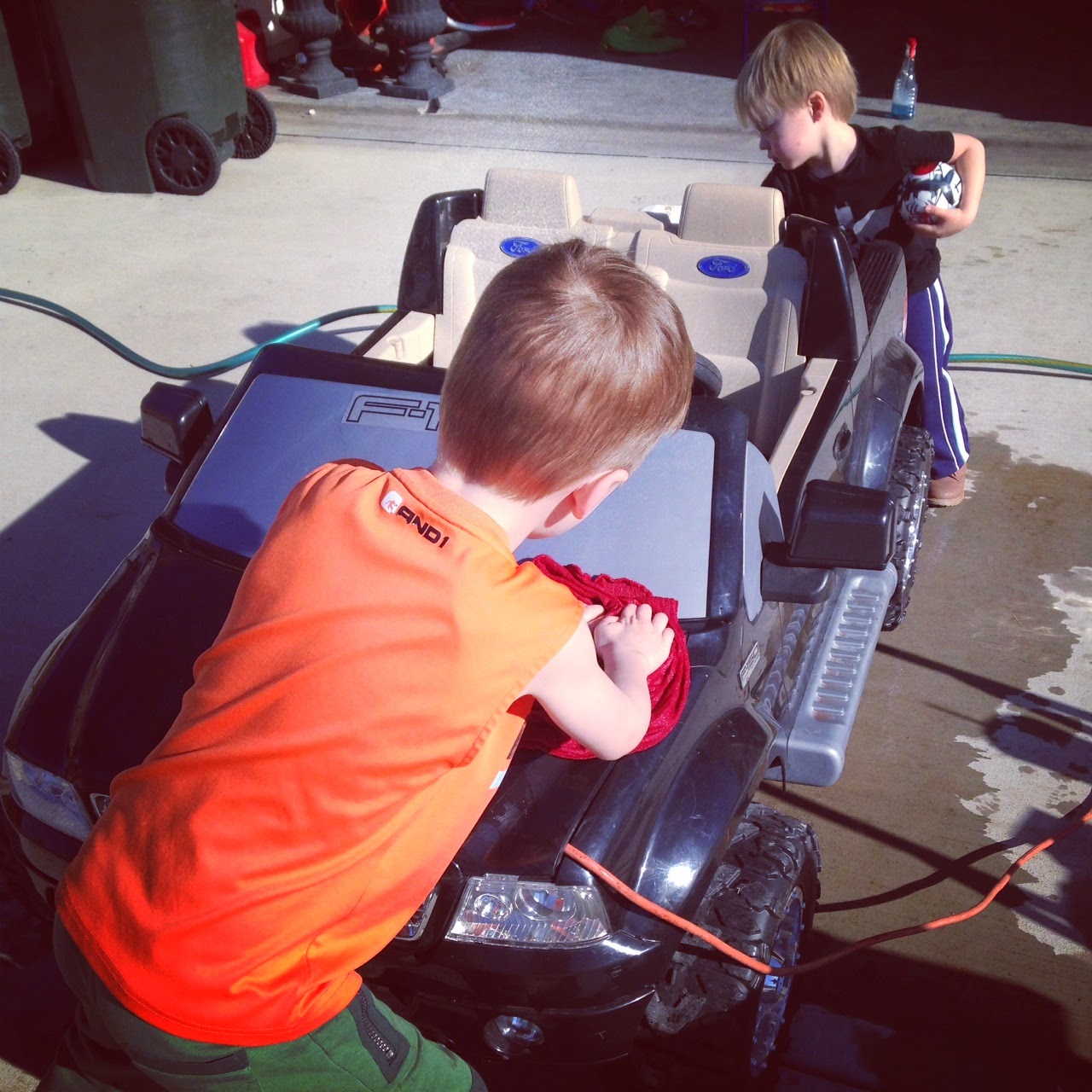 That evening the boys headed off to PNO and Justin and I headed out for an adult only dinner. We decided to hit up one of our favorite family spots but instead of doing it hibachi style we sat at the sushi bar. & pretty much devoured every piece we ordered. 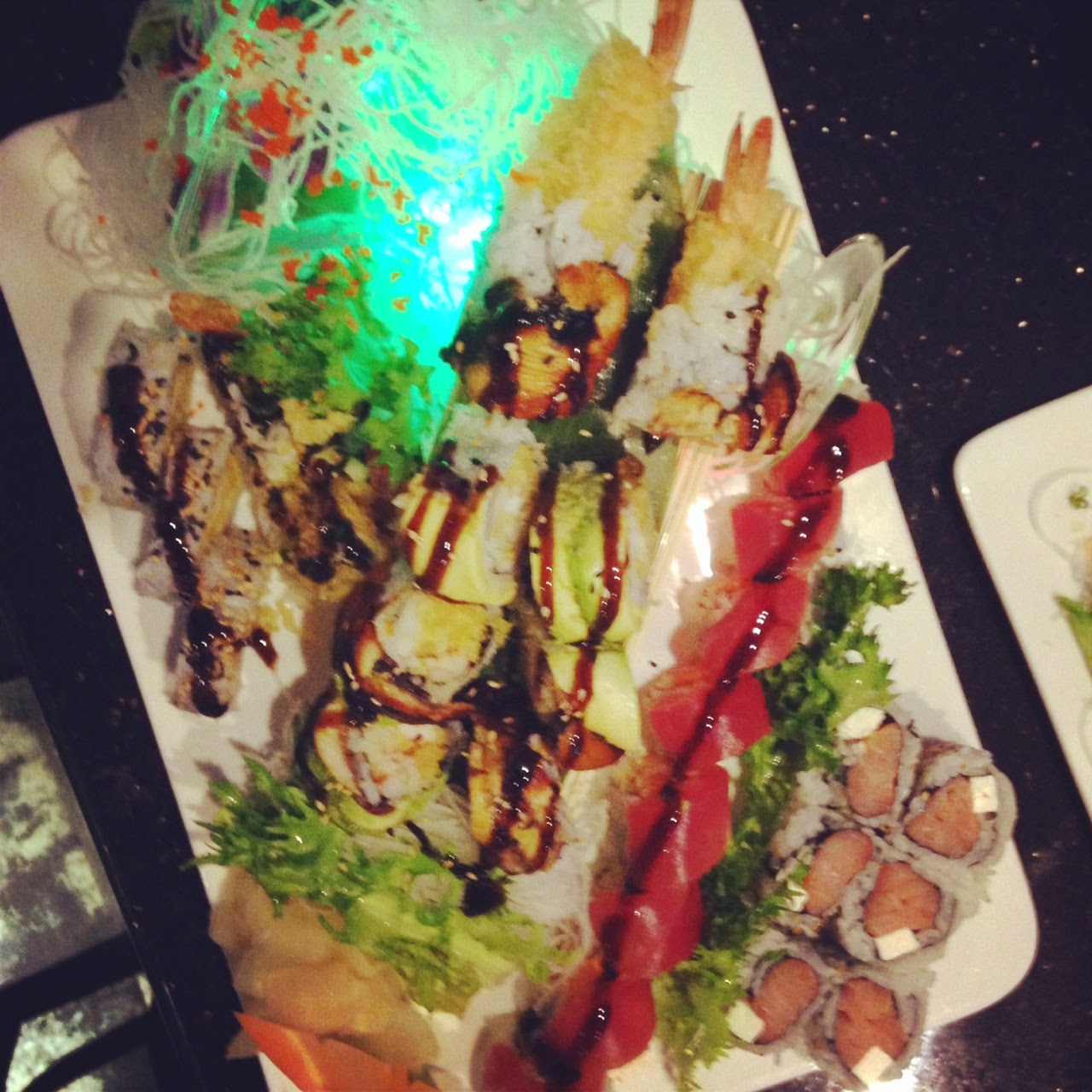 The boys came home as tired as they always are from PNO & it was pretty much off to bed for them. & we had every intention of waking up and making it to church but Logan hadn't had the best night and was finally sleeping soundly when my alarm went off. We ignored it & slept in till 9. After we finally made it out of bed we made some homemade donuts for breakfast and headed back outside. 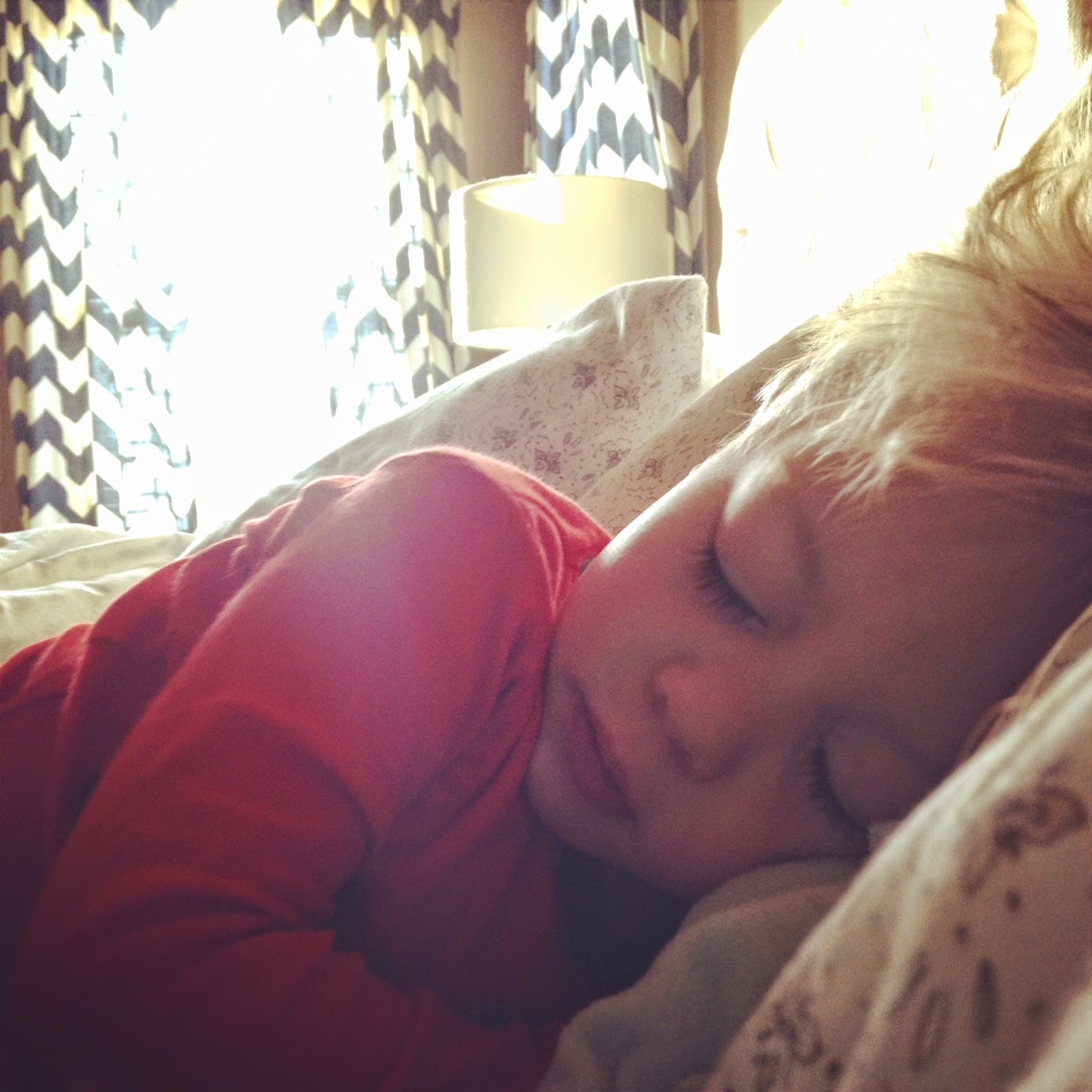 The boys picked up right where they left off and once Justin got back from running errands we headed to the back yard where the real work began. The yard has been neglected all winter long and landmines were everywhere. Justin and I divided and conquered as Kaden followed me around holding the bag & well Logan, he had the right idea. He pointed out the landmines he saw from his "castle" & wasn't long until Kaden joined him.

The weekend ended with the windows in the house open,Grammy coming out and staying with the boys for a few hours while Justin and I headed out to Sporting Park for Sporting KC's home opener. I was never a big soccer fan but having attended a number of games within the last few years, it might just be my favorite live sport to watch---that is when it doesn't end in a draw. Oh and the Royals aren't in the playoff hunt or the postseason---I'm not sure anything will ever surpass the excitement of the 2014 Wildcard game against Oakland. 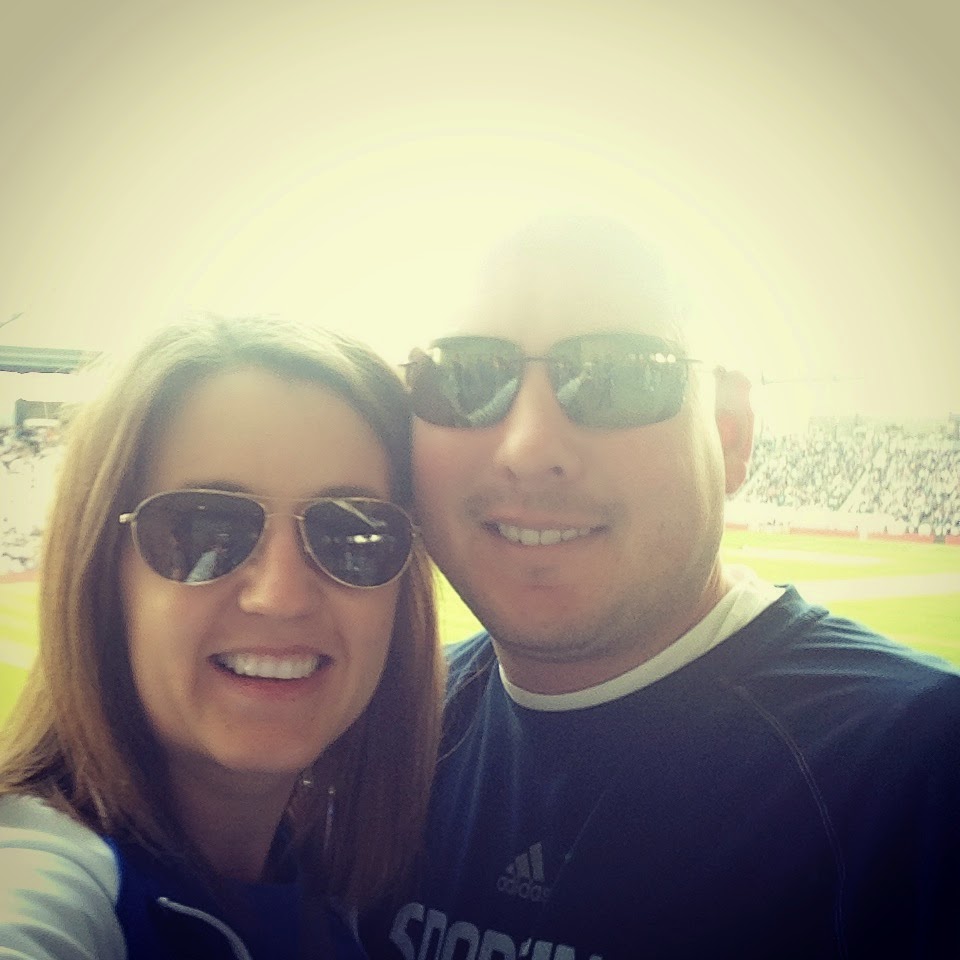 I am keeping my fingers crossed that this weather isn't just messing with us and that it is here to stay because we are sooo excited for the St. Patrick's Day Warm-up Parade in Brookside this coming weekend---it's always a great way to kick off another year of marriage.
Posted by Kayla South at 8:32 PM