So it's official, Kaden will be heading off to Kindergarten come August & he is pretty stoked about it.

And now that I am thinking about it, it was really official last August when we made the decision not to send him this past school year. Kaden is an August baby, a late August baby as a matter of fact and only made the cut-off by one day to attend this current school year. So Justin and I had a decision to make, to send him or not to send him. We chose to wait & give him another year to mature a little more. I am sure he would have kept up academically but socially, I am just not sure he was ready. & I didn't want him to be the youngest in the class & by waiting we are letting him be one of the oldest in the class & he will more than likely be one of the tallest too. Plus, he has matured a lot in the last 6 months so although we had to make that hard decision for him, we don't regret it one bit. 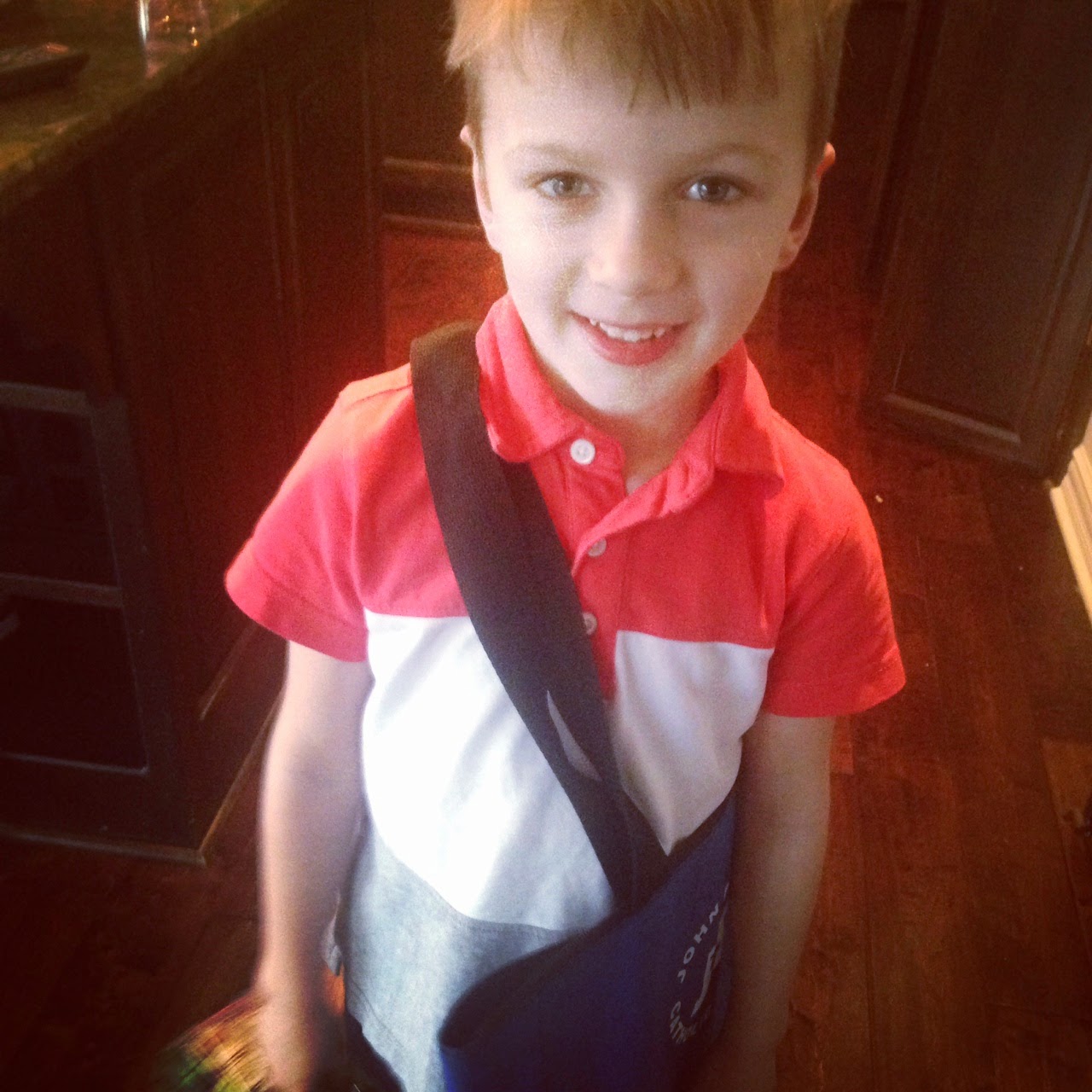 Now back to Kindergarten Round-Up. Kaden was pretty excited leading up to his big evening & I, well, I was a little nervous. Sure we both were't sure what to expect but I not only was nervous for how I would react but also nervous for him. I mean, here is this little, well not so little anymore, boy that is about to embark on this grand adventure and there are so many unknowns. Will he like it? Will he have a great teacher? Will he make friends easily? Will he be the kid in the class that has to sit by the teacher's desk? How will he do riding the bus, if he even wants to ride the bus? There are loads of unanswered questions but the one thing we do know, he is ready for this.

He walked into the school a little timid, not wanting to work on any activities. He held my hand and wanted Daddy to be there beside him too. We found our way back to the registration table where they asked his name and if he knew his birthday. He rattled them both off and then they looked up at Justin and I, we explained that he is already 5 and will be 6 this coming August and that we waited a year. They handed me a few packets while Kaden stood their patiently and then as we were heading to the classrooms they asked to take his picture but first they needed to write his name down. They asked if he could spell his first and last name and again, he rattled it off.

They then told Kaden he could go into the first room and meet a few of the teachers and do a few activities while we went into the second room to fill out the paperwork. His hand tightened around mind and he looked up at me with those big blue eyes and said, "I don't want to go in there and do activities, I want to stay with you and dad." We explained that we wouldn't be leaving without him but that the teachers wanted to meet him and I told him I would walk in with him. We took two steps inside the room and that was all he needed, he let go of my hand and off he went.

As Justin and I filled out the paperwork we could hear him carrying on a conversation with the teacher. She asked where he was going to school right now and he told her "Preschool" and she proceeded to name off a few places and Kaden just kept replying "No, it's just preschool." and that's when Justin went in and saved the teacher and said that it was a catholic preschool. We then hear him talking about how much he loves his camo shorts---I sure hope those fit this summer for his sake. He then announced that he needed to go to the bathroom and I froze. I whispered to Justin, I don't think he is going to shut the door. Justin told me not to worry and to continue filling out the paperwork but I couldn't help but watch as I could see the bathroom door. & sure enough, he went straight in and dropped his pants around his ankles. Just as Justin was reaching the door, the teachers started to laugh and tried to assure us that this happens at least daily. After his bathroom break he colored a few animals and then he said that he was finished and joined us in the other room. As we walked out he told the teachers thank you and that he would see them later and out he walked---not holding my hand. 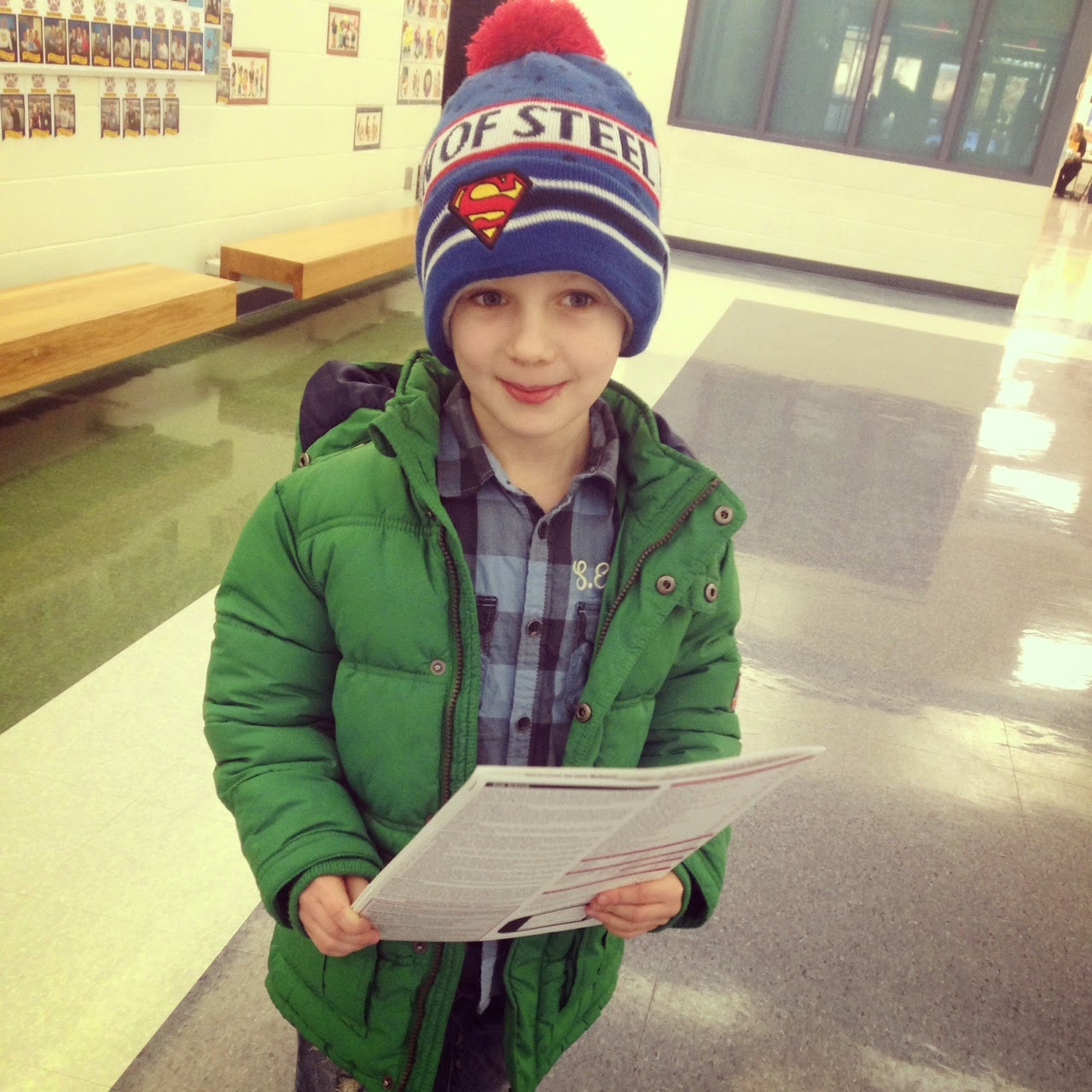 Kind of strange to think that his whole school career can probably be summed up in that brief 30 minutes we had at the school last night. He'll walk in holding my hand, a little timid and not wanting me to leave but when it's over he won't need me, he won't want me to be there holding his hand--that would surely embarrass him. No, he'll be the big man on campus.

Wasn't he just channeling his inner Scuba Steve just the other day. 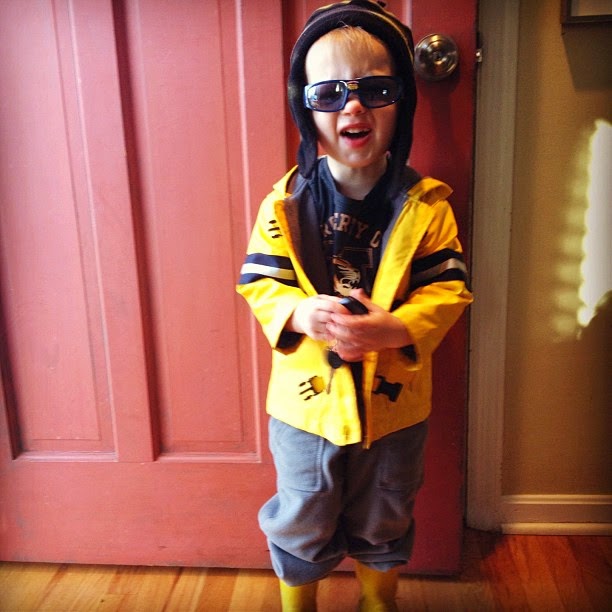