We have some of the best neighbors & one particular neighbor has really fallen in love with the boys and tends to spoil them on every holiday occasion. She will buy them bags full of goodies for Halloween, will fill giant Easter Eggs with goodies for Easter &  will drop off more goodies around Valentine's Day. She really goes above and beyond for the boys so when she asked for Kaden's help with picking up their newspapers and pulling their trashcans back to the garage while they were out of town a few months back we didn't hesitate one bit in saying he would do it.

The first time she hired Kaden they were only gone for a few days & he only had to pick up a couple newspapers. We decided to store them at our house vs. leaving them on the porch like she mentioned we could do and when we noticed they had returned he walked over and handed them their papers. She thanked him for his hard work & he said, you're welcome. any time. & then she said she had something for him, all while I am in the background shaking my head and telling her that it's not necessary, she acted as though she didn't see me and handed over $5.00. The kid thought he had just won the lottery and raced back home to show his dad. 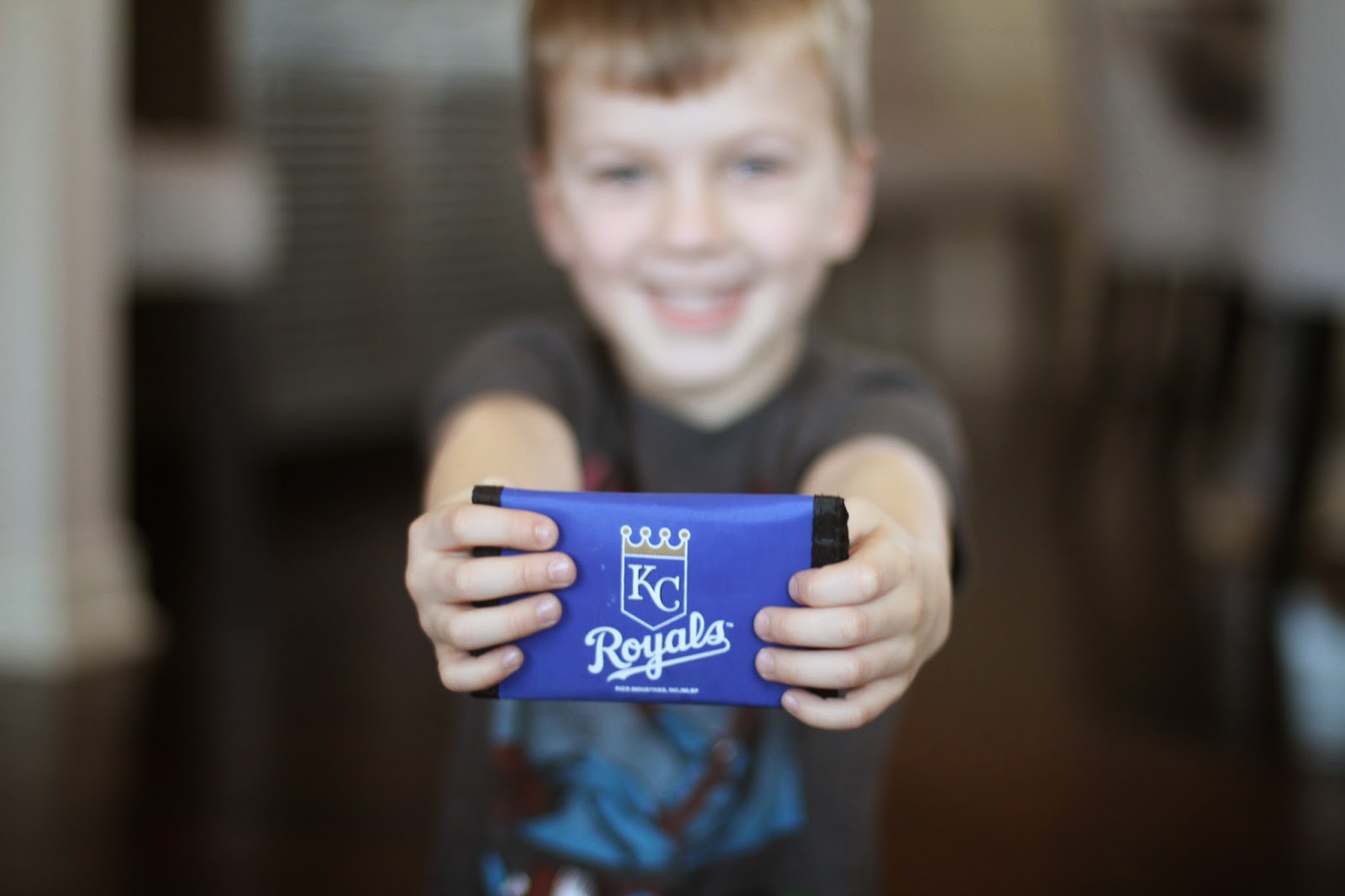 A few weeks later I received another text asking if she could hire Kaden again since he did such a wonderful job the time before and I of course said yes, it was his neighborly duty. This time around they were gone for a few more days and not only needed their trashcans pulled back to the garage and their newspapers picked up but they also needed any packages delivered to their house picked up too. 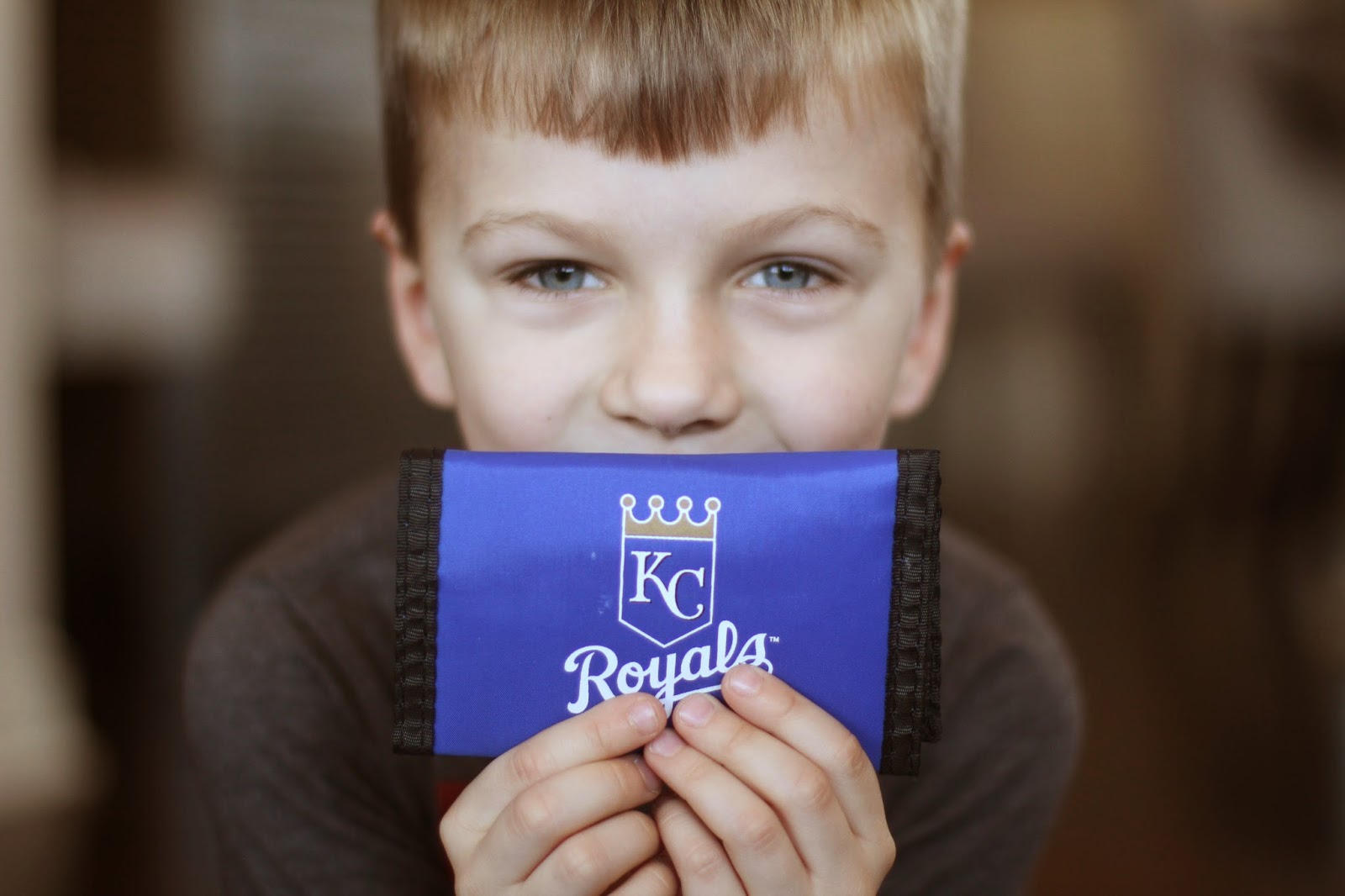 Kaden had his work cut out for him this time. Each day there was at least one package and sometimes two or three. We found a little spot in our garage to store their packages and newspapers and once they returned he walked them back over to them. When she opened the door Kaden declared You got a lot of packages this time and handed them over one by one helping her carry them inside (not that she needed any help). This time she had something extra special for him---a new Royals wallet. His eyes got so big & he got so excited. She then told him there was something else inside and when he opened it he saw 10 bucks. He was beaming. He thanked her & we walked back home. 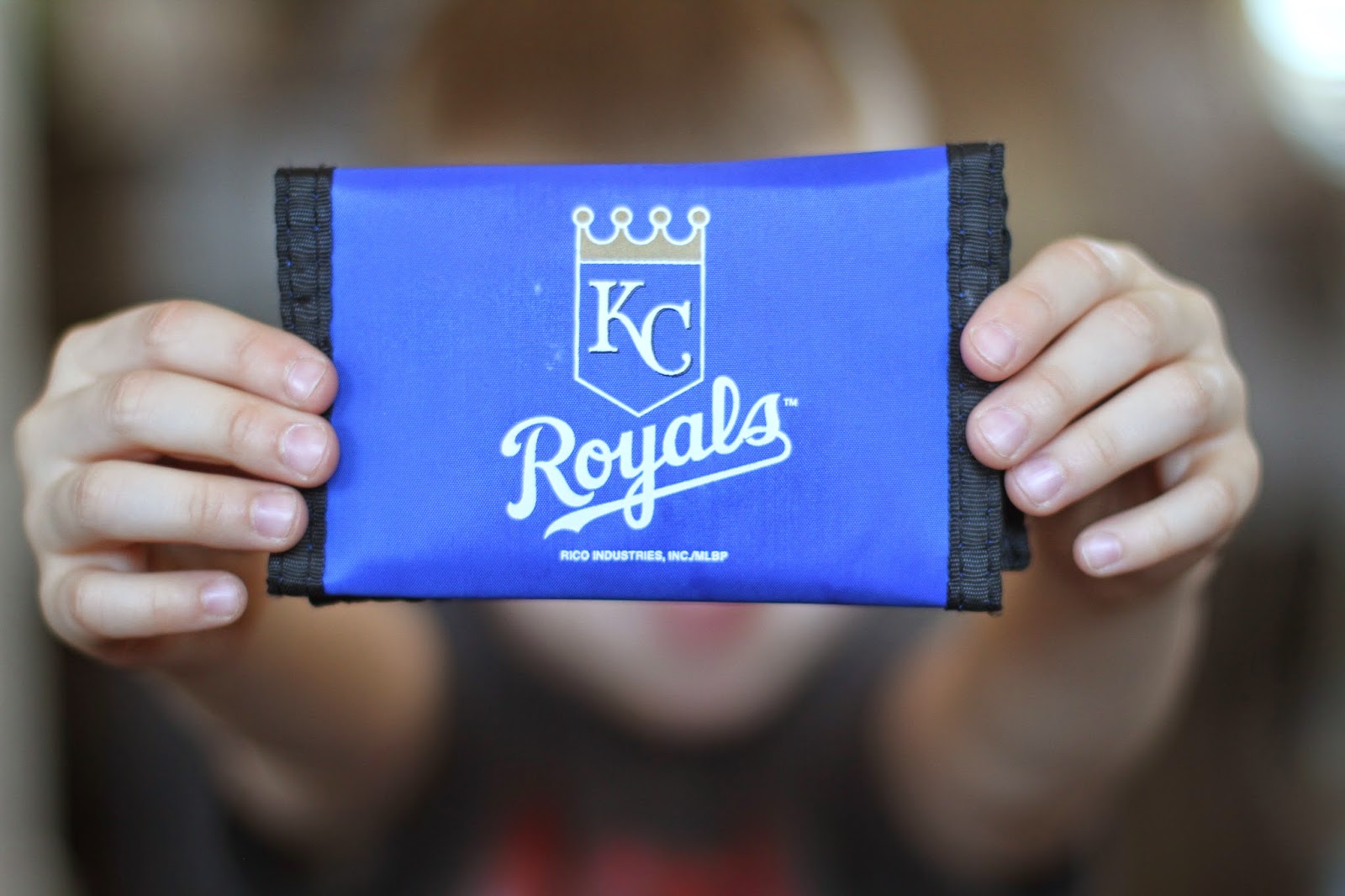 On the way home we talked about saving money and how he could use his money to buy something---Like a Nerf gun, Mom? He had been over at his cousin's house the night before and had played with his Nerf guns and wanted one of his own and we thought this would be a great teaching tool. So we came home, pulled up the computer and he picked out a Nerf gun & talked a little about how saving your money works. He pulled together money left over from his birthday and from Halloween and stuck it in his wallet. The first few days he didn't want to let go of his wallet so we removed the money incase he lost it but since he has put it in his special spot for it and it hasn't moved. He still talks about it but the needing to hold and sleep with his wallet every second has passed. 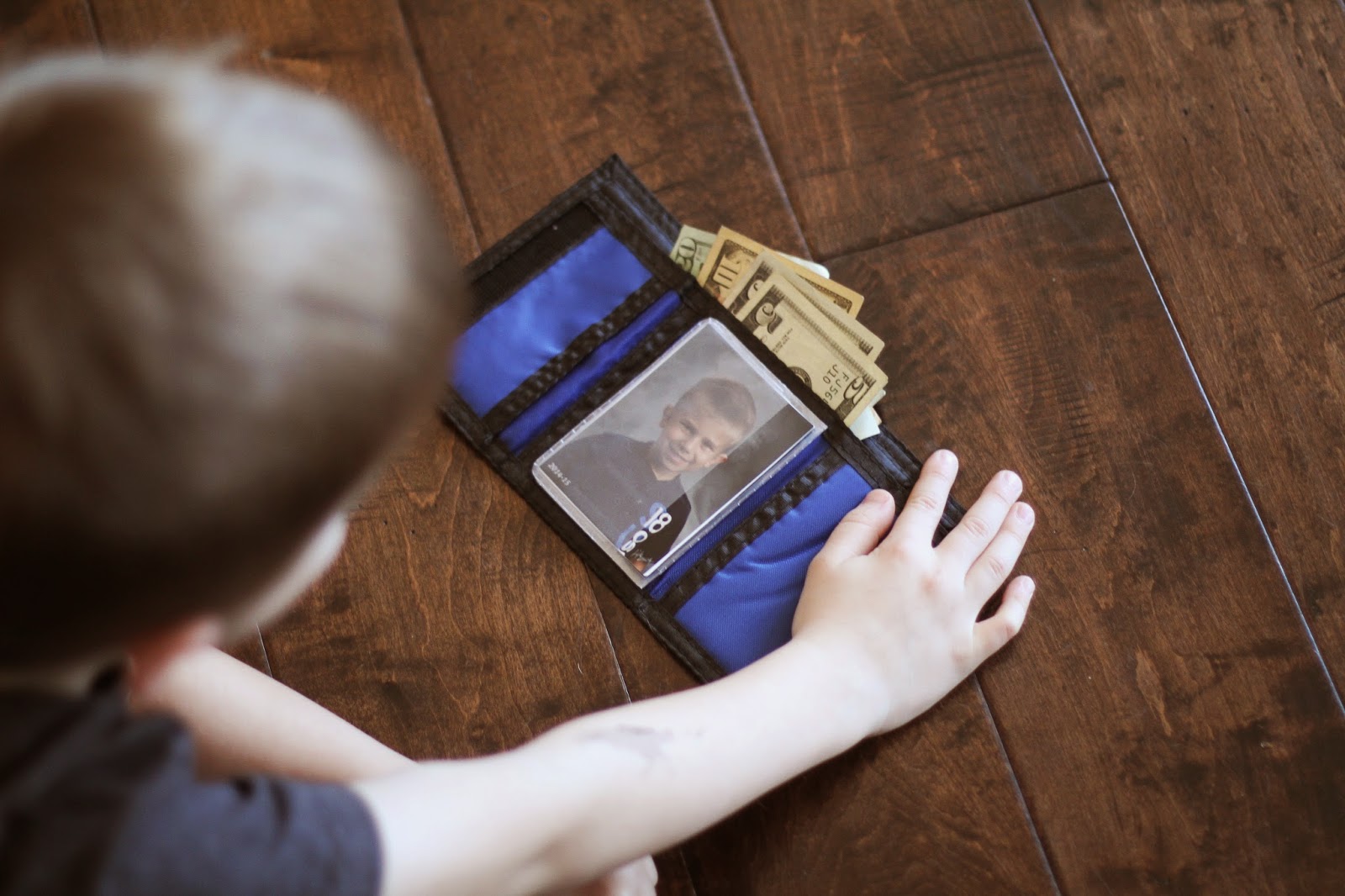 With the help of his new job he has plenty to buy his own Nerf gun but he said he didn't want to get just one, he wanted two, one for his brother also. I swear, the kid has a heart of gold.

So if you are in the neighborhood, literally, & looking for someone to pick up your mail, pull in your trashcans, feed/walk your dog, you know who to ask. 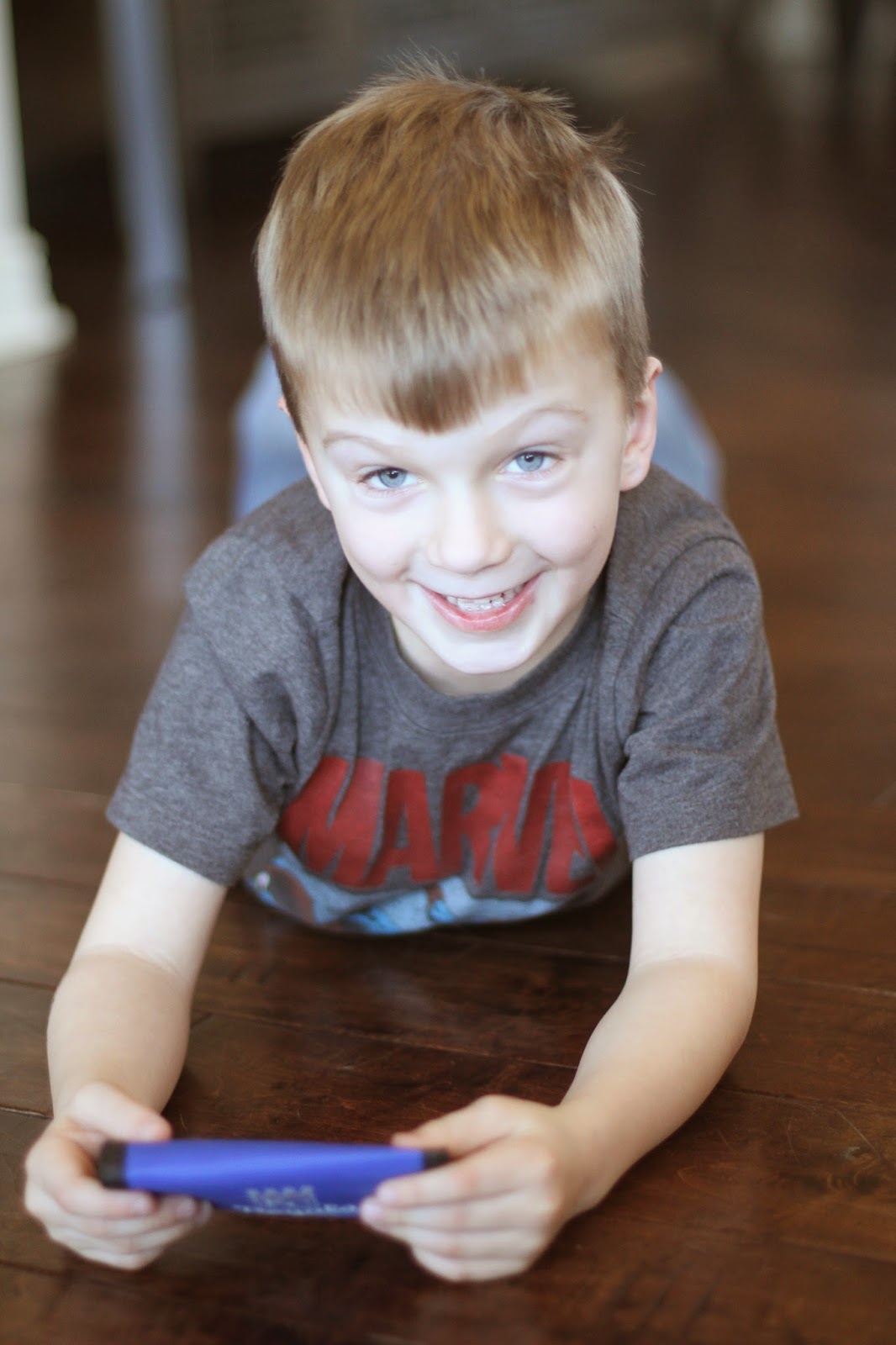