For the last few years we have hosted Christmas brunch at our house with Justin's side of the family. Justin usually cooks way too much food but we somehow find a way to try everything & then we gather around as the boys help pass out presents to one another. The first time I was fortunate to take part in a South Christmas my mind was blown. For good reason though. Growing up it was a free for all when it came to unwrapping presents. We tore open gifts, paper went flying, gifts went flying and in a matter of minutes it was over. The South household wouldn't be caught dead doing this. It's a strict one person at a time & we work our way around the circle. The kids get a little more leniency and often unwrap at the same time but we ensure it isn't total chaos. & before they were able to start unwrapping their gifts, they had to pose for a couple pictures---as you can tell I am not afraid to withhold certain things until the boys give us what we want... 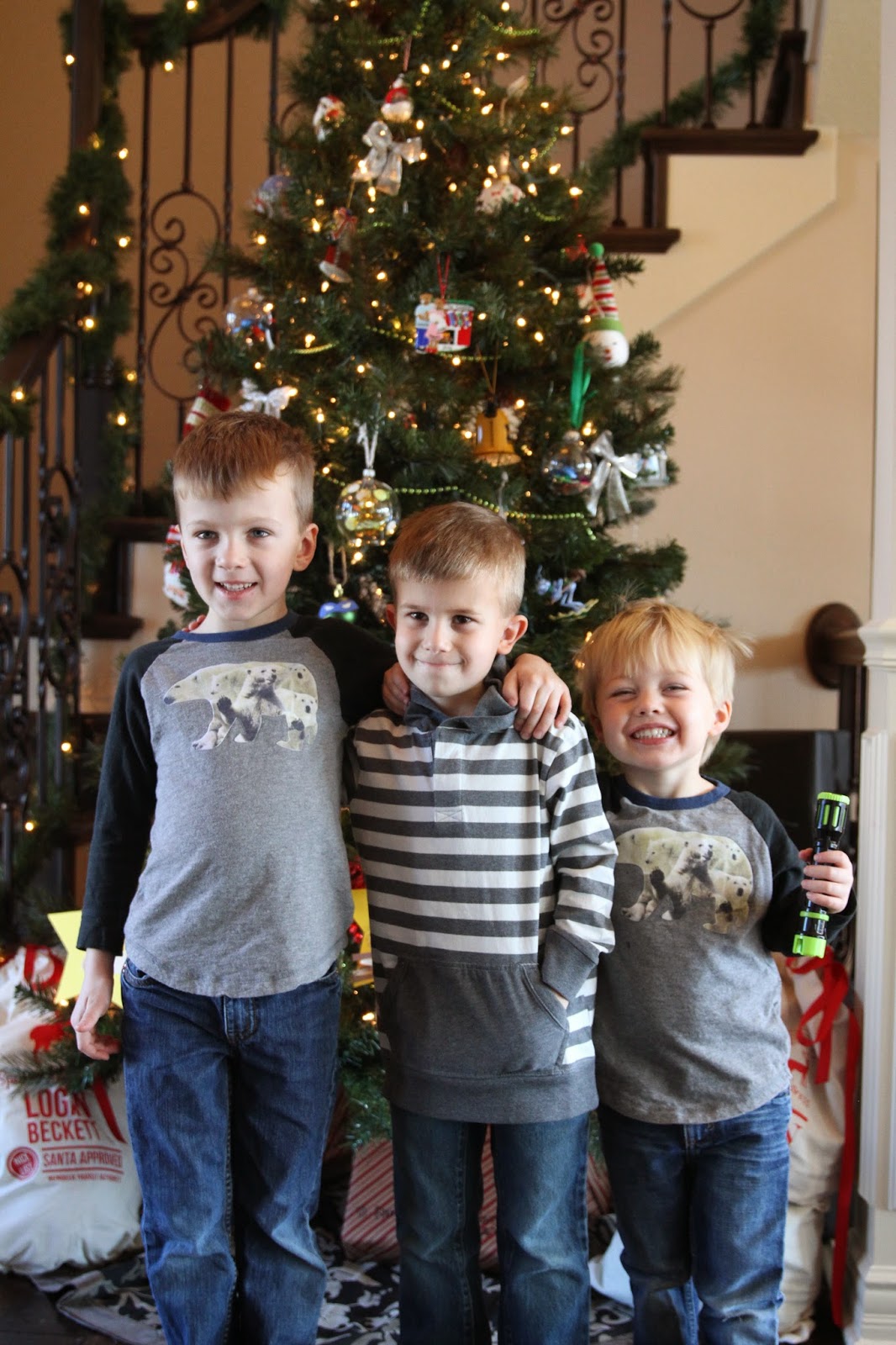 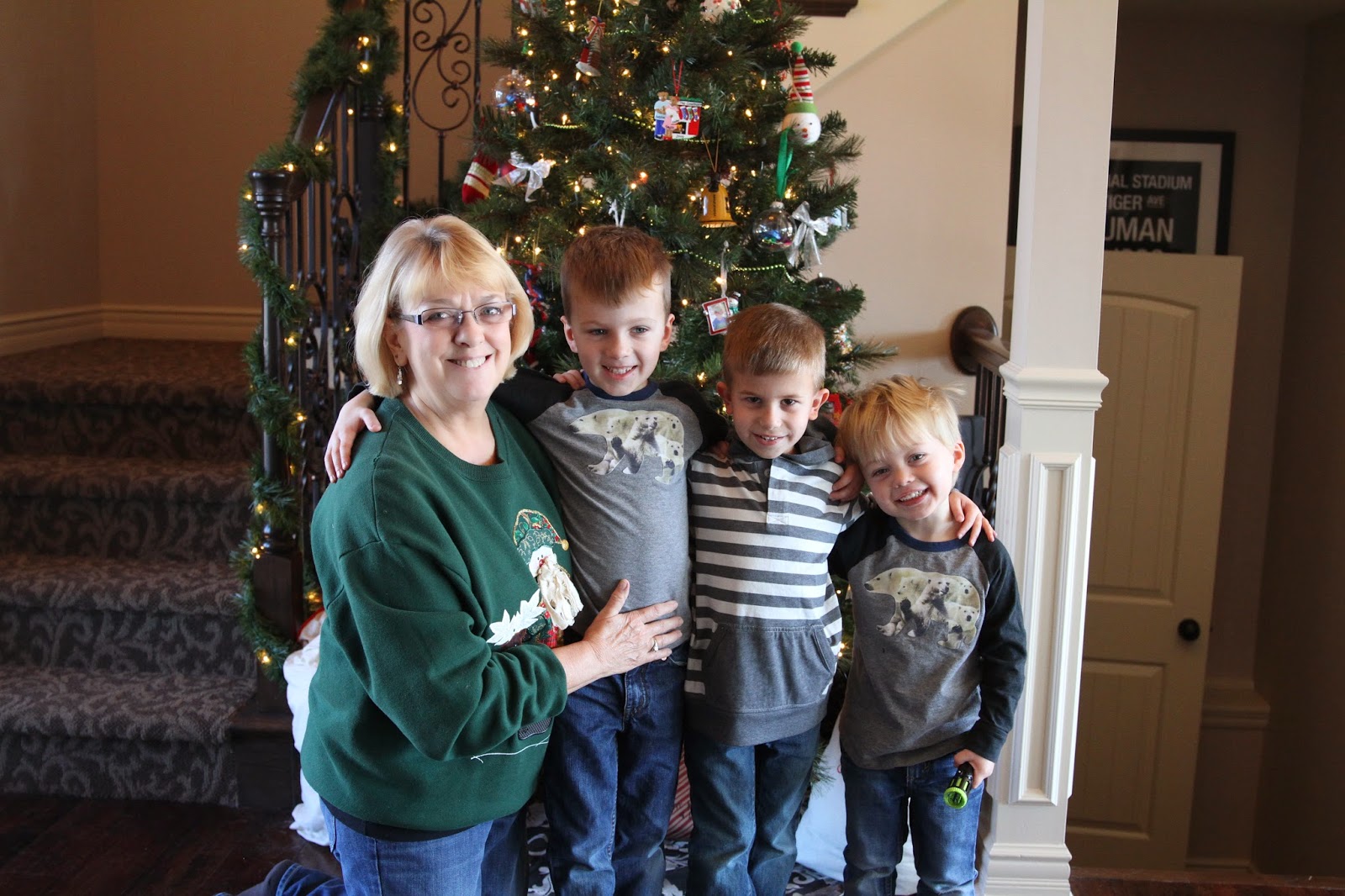 On top of the yearly ornaments which we get the boys, Janet also gets them an ornament with a picture of them from the year. As you can see, Kaden's is from Halloween when he was Captain Hook. Logan's was from our trip to St. Maarten. The boys love getting these ornaments and jet right over to the tree to hang them with their others. They get a kick out seeing their pictures throughout the year and  love showing them off to anyone who will take the time to look at them. 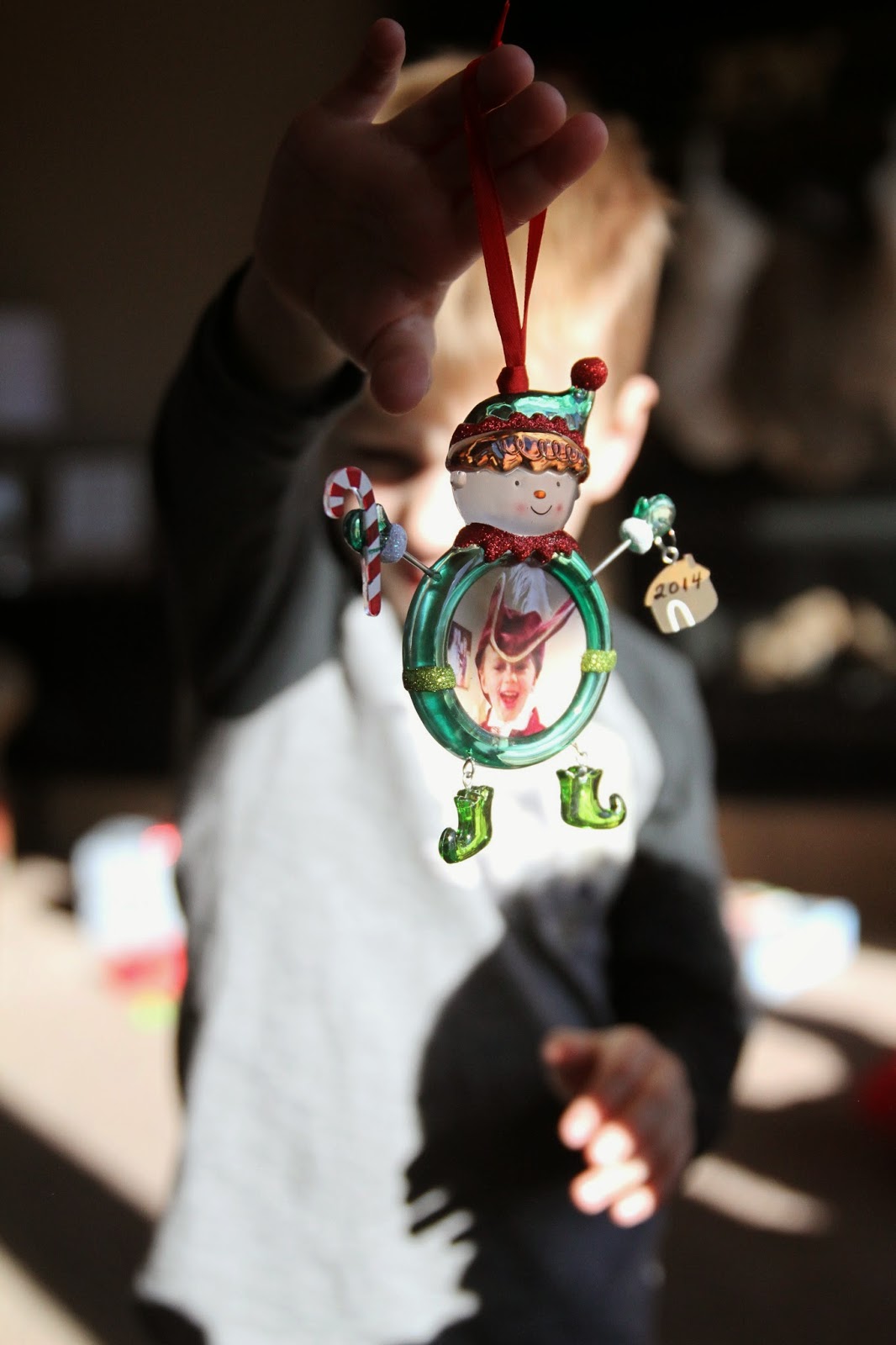 The boys are pretty lucky to have such a cool Grammy and Aunt & Uncle because they got some pretty cool toys and games. They added a few more games to their very young Wii collection. 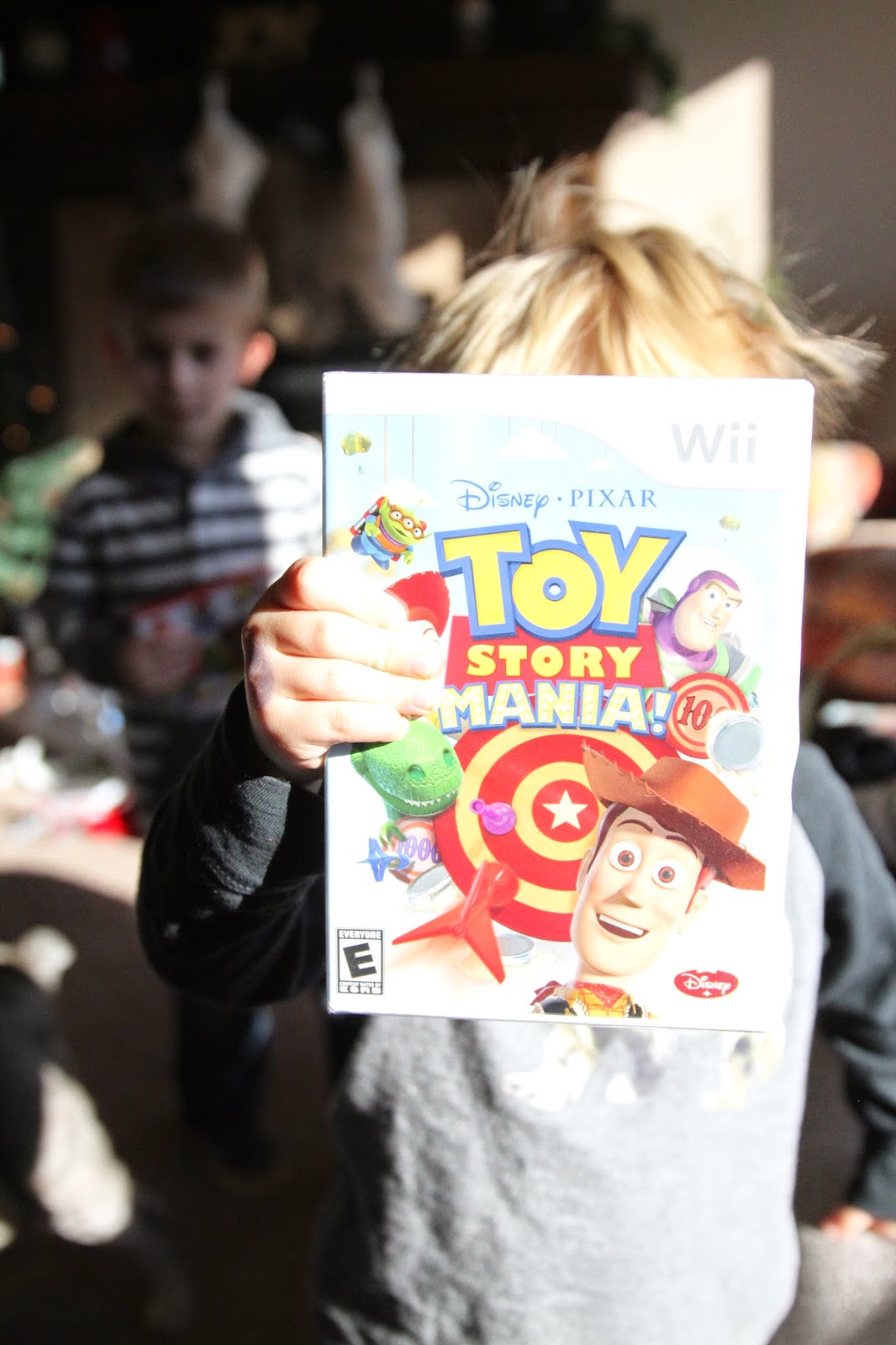 They added a few new books to their extensive collection but these books are special books because Kaden is just starting to learn all his site words and hopefully will be reading these before heading off to Kindergarden. 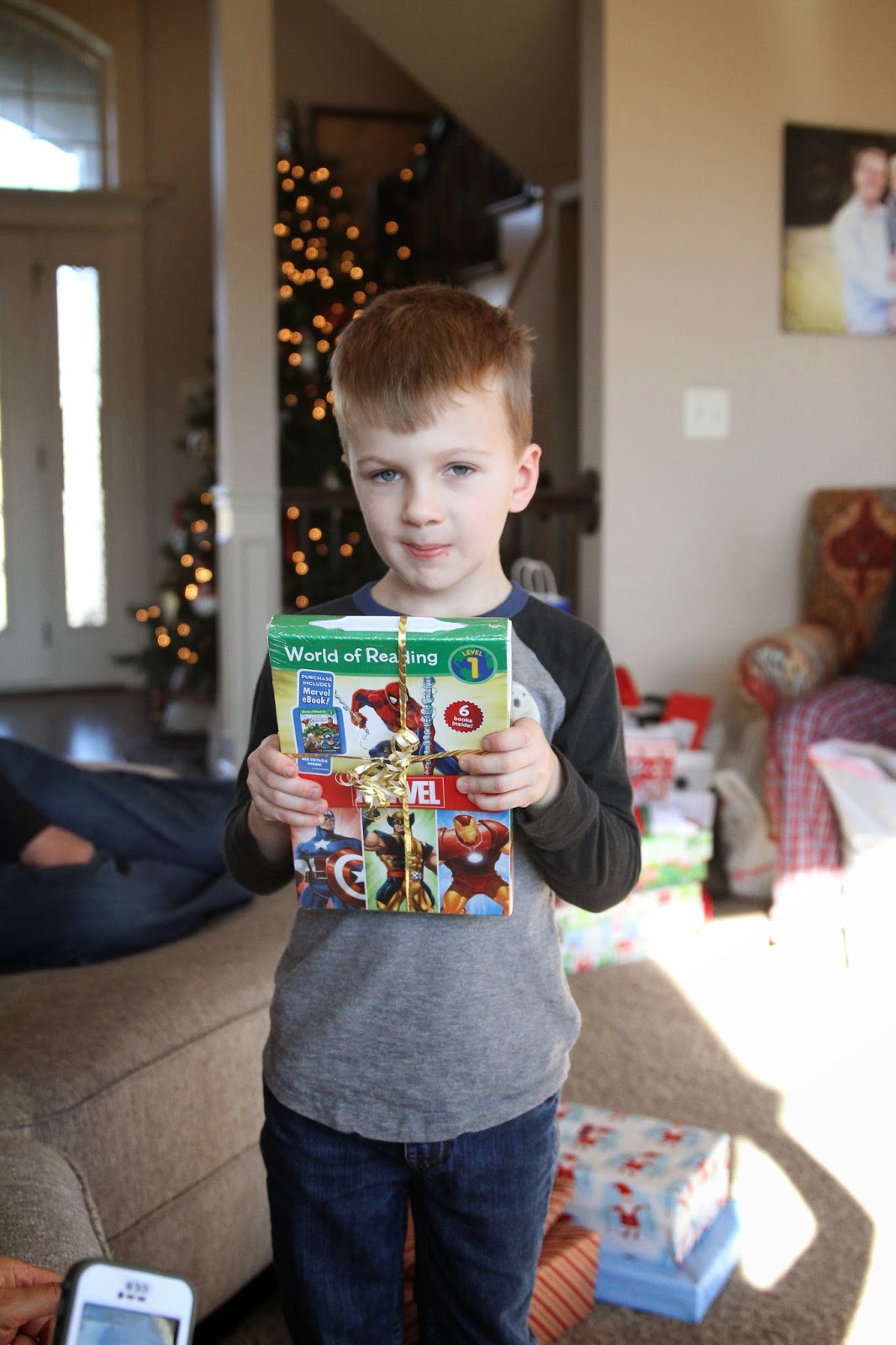 & Kaden just knew that there was something more in the bottom of this box. If only he could just reach it… 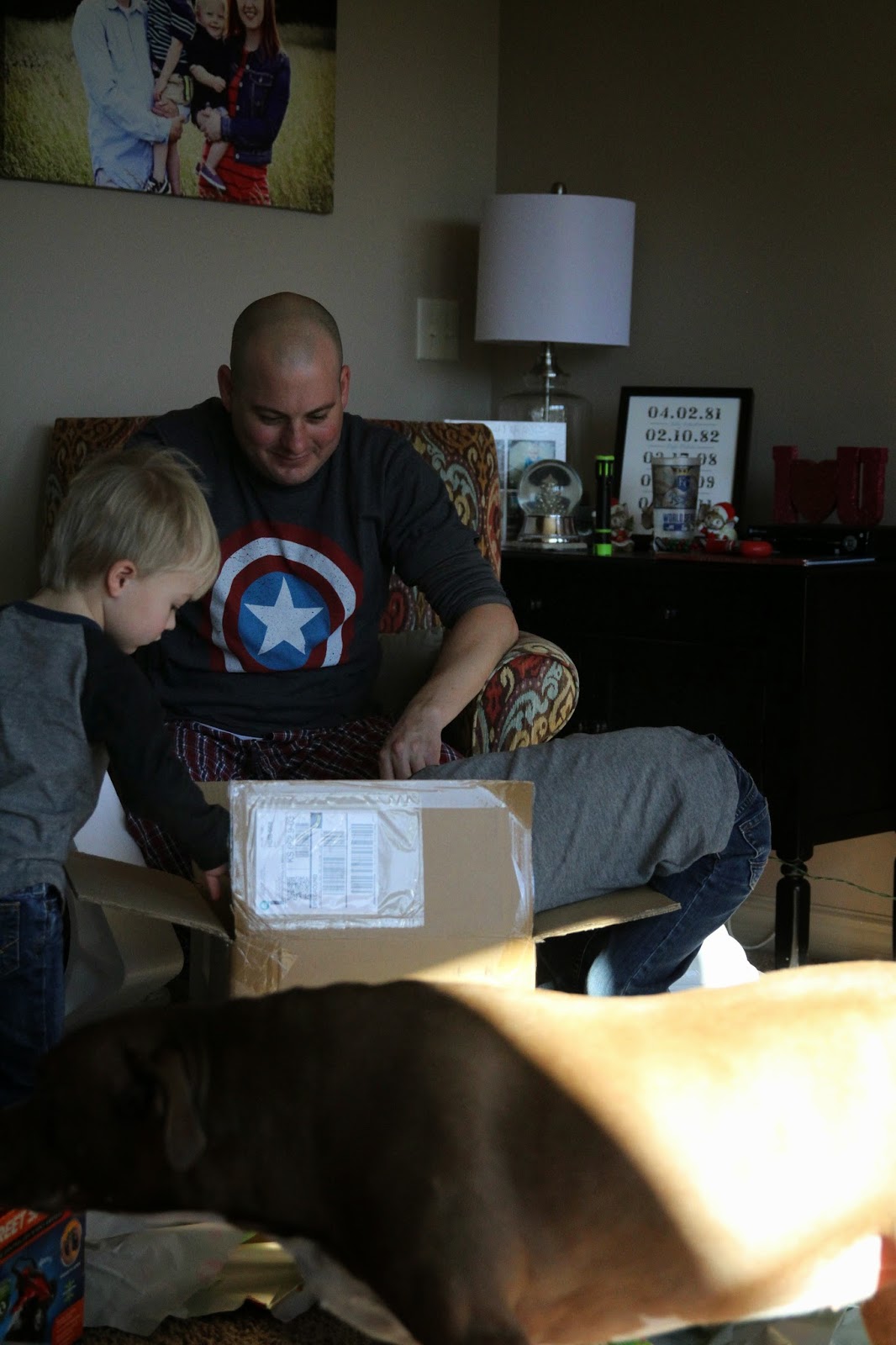 Logan was in awe of his new toys & just couldn't wait to play with them. We kept saying "be patient my son" & although he was, he now uses that line on us ALL the time! 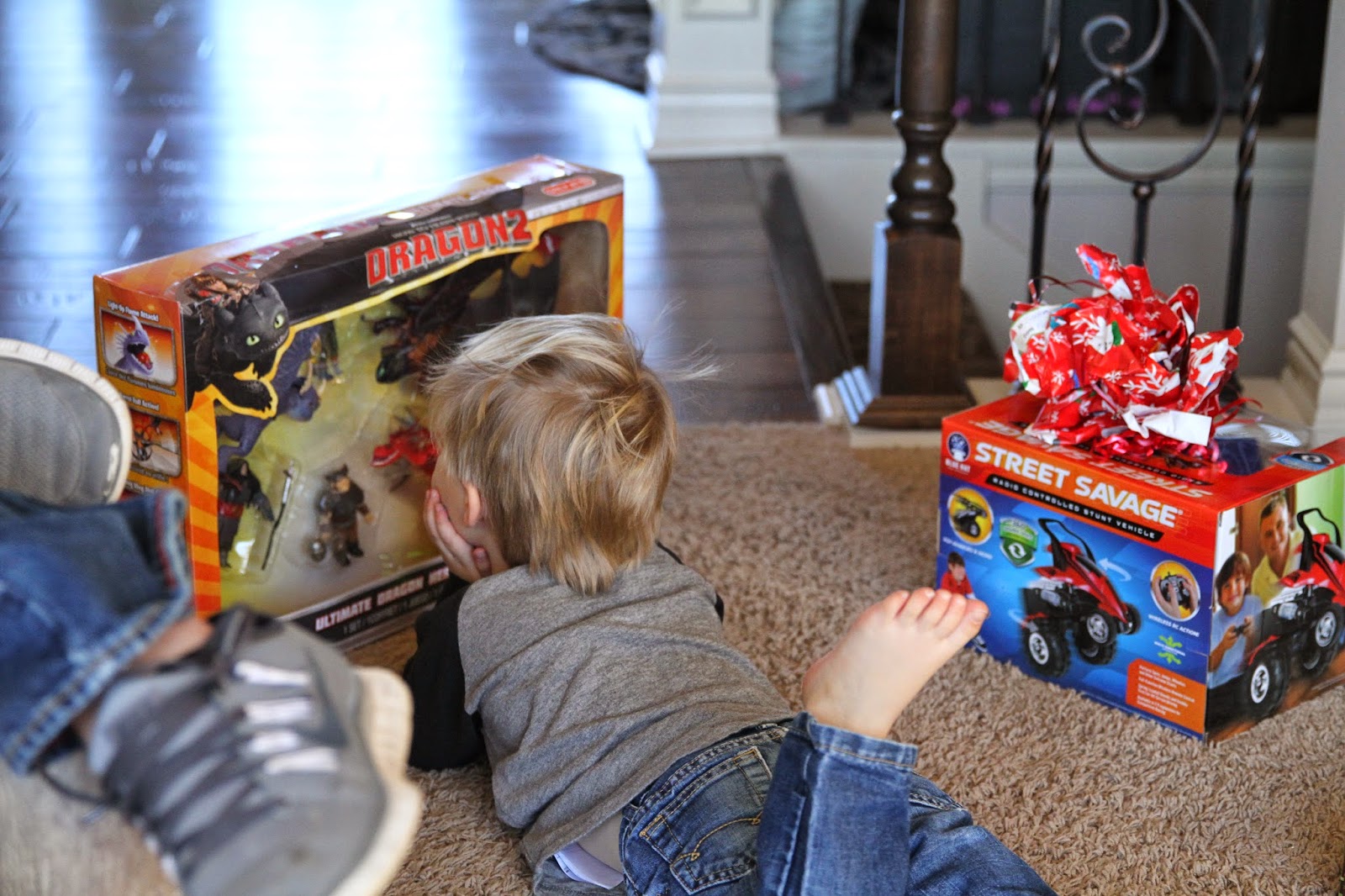 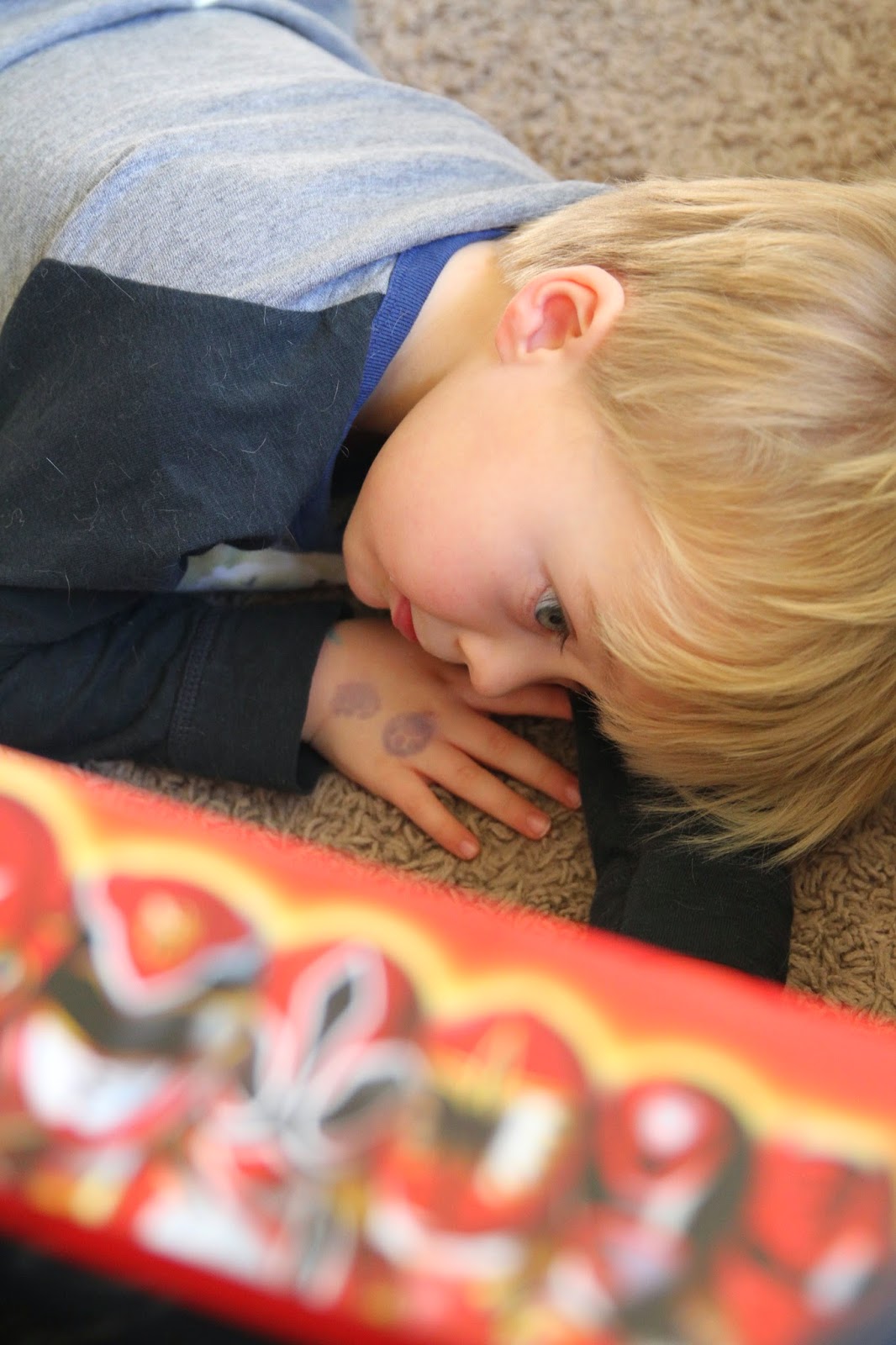 Sometimes it's hard to get super excited about a South holiday because it doesn't always feel special. We see each other all the time. & one might think--wow, that's harsh Kayla but you would be totally wrong. Justin and I are beyond blessed to live so close to his family & even more grateful that we enjoy being around each other as much as we are. Yes, it may be just like any other weekend get together (with the addition of presents) but I wouldn't want it any other way. 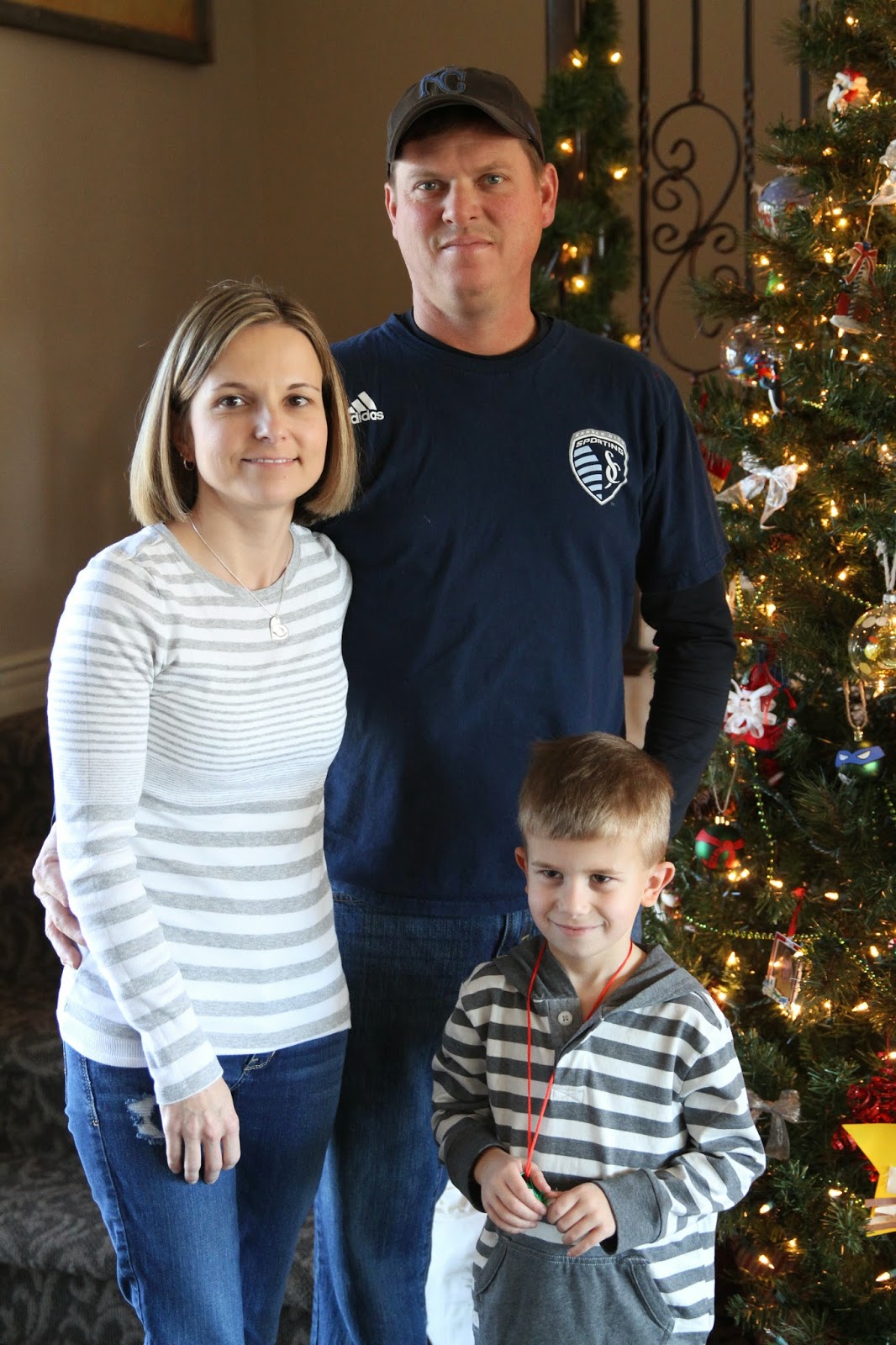