This Thanksgiving was a little different than the past few Thanksgivings---we went back to Jasper, well Carthage but who's keeping track.

Now don't get me wrong, its not like I haven't been home during Thanksgiving in the past years its just that its a little later into the evening--we have met my parents halfway and did the handoff, Justin came back to KC as the boys and I spent a few days with my parents---this time we all went down and made it to the Hartley Thanksgiving.

But before that Thanksgiving day we spent Thanksgiving Eve with my nieces and nephews & yes, the South boys are in their underwear. This is rare for Logan but Kaden is always walking around in his underwear and I am not sure who he gets this from because Justin and I certainly don't make it a habit... 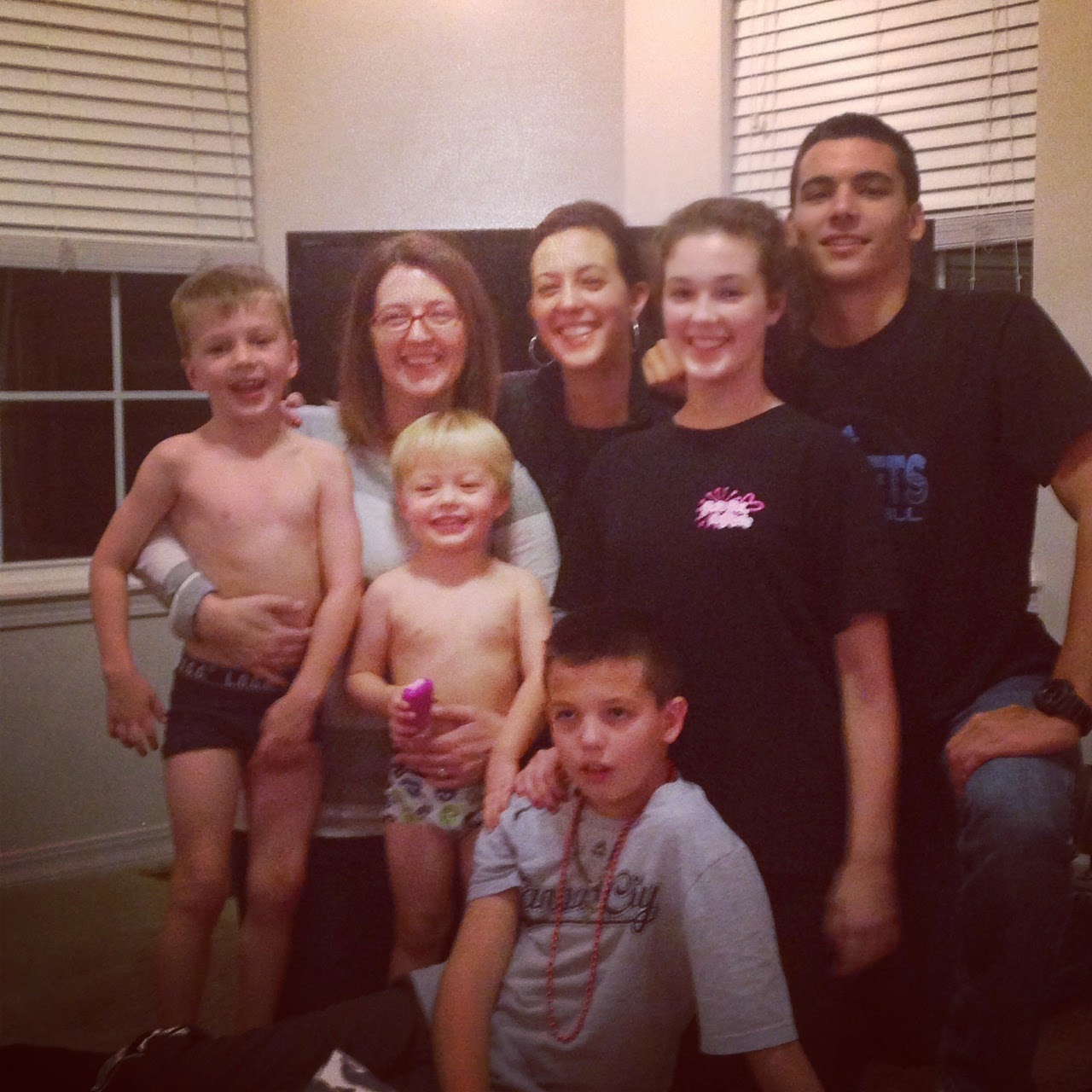 & the next morning Grandpa Hartley came over for a quick Thanksgiving breakfast with the whole family. The house was full and it was so loud but so very wonderful too. 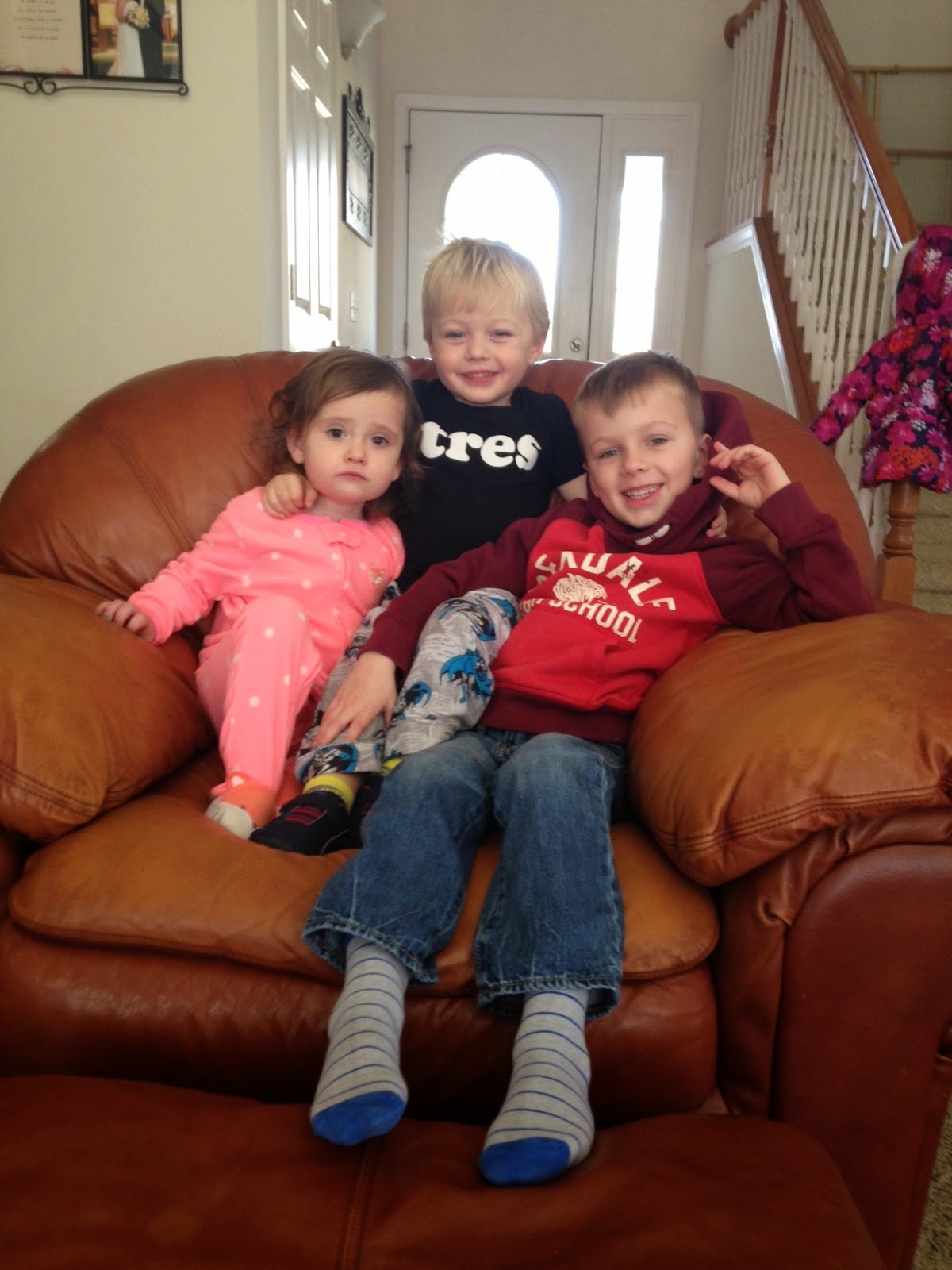 It wasn't long after this picture and Logan had crawled up on Justin's lap and was fast asleep, he had stayed up way too late the night before but then again, its suppose to be that way at Papa Tom's and Grandma Sara's. 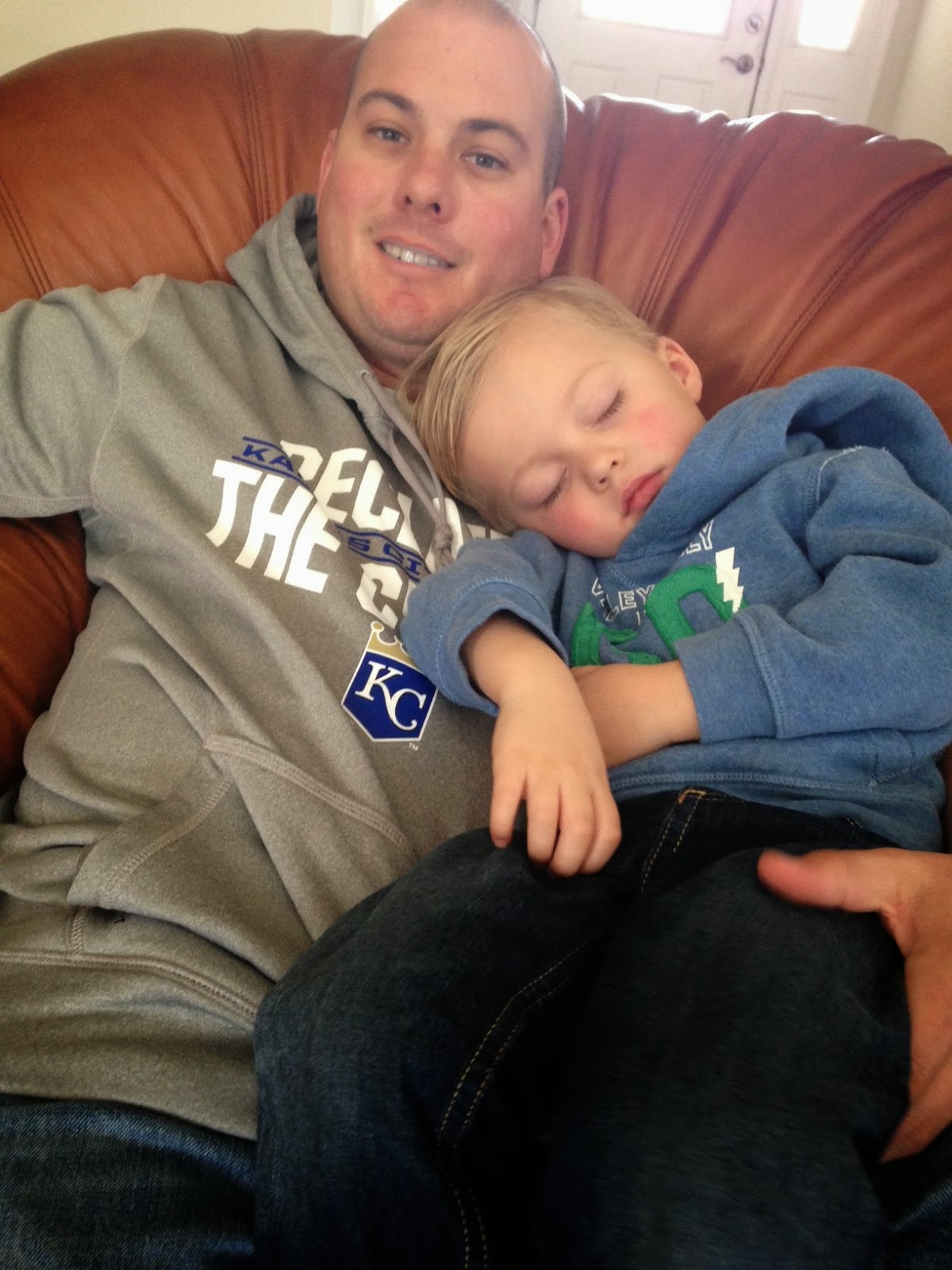 The family fun didn't end there, we headed over to my Aunt and Uncle's house for lunch where we saw a few more cousins and other family members. We of course made Grandpa Hartley take a few pictures but I am not sure he quite understood where to look for the camera. 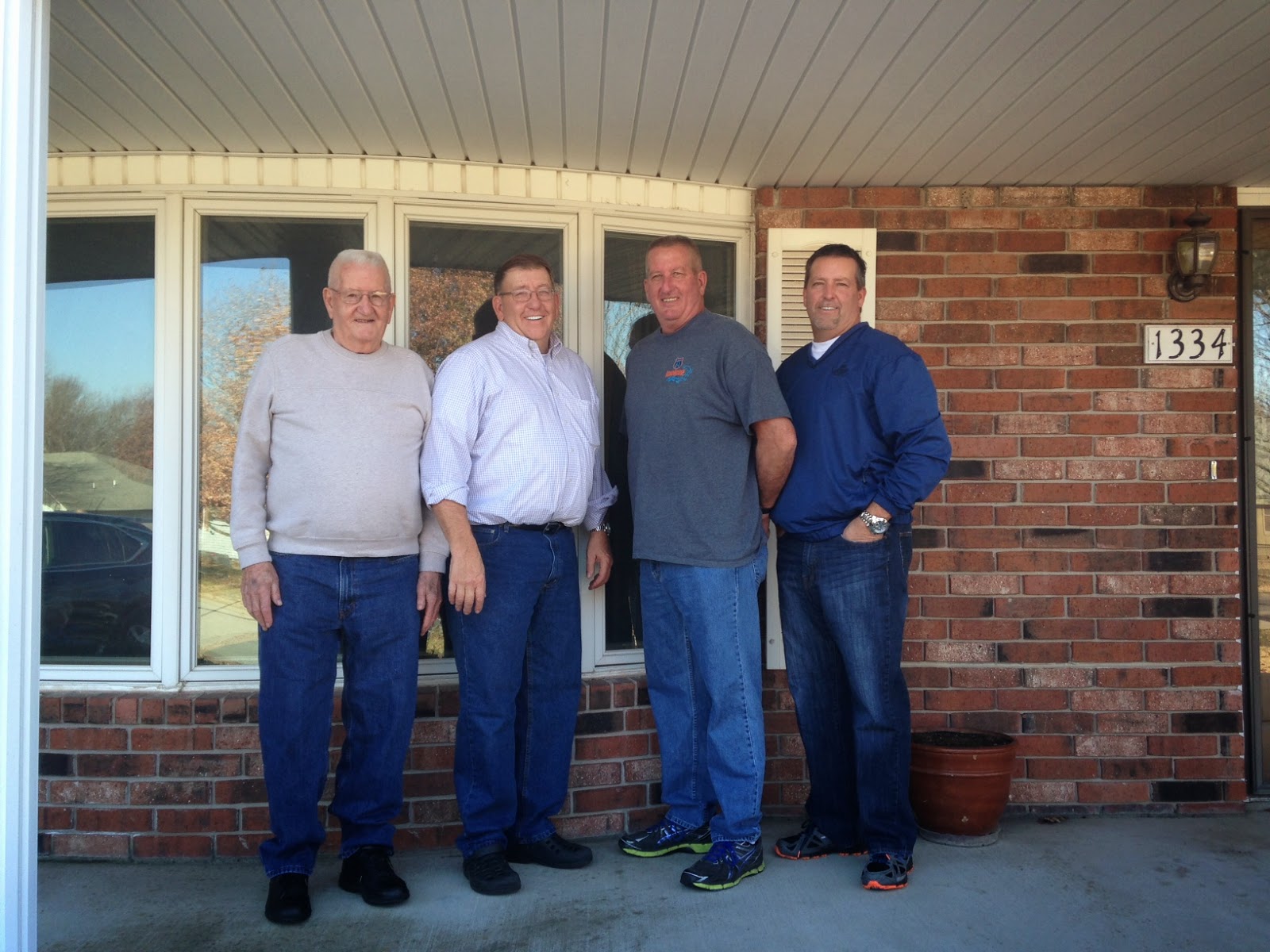 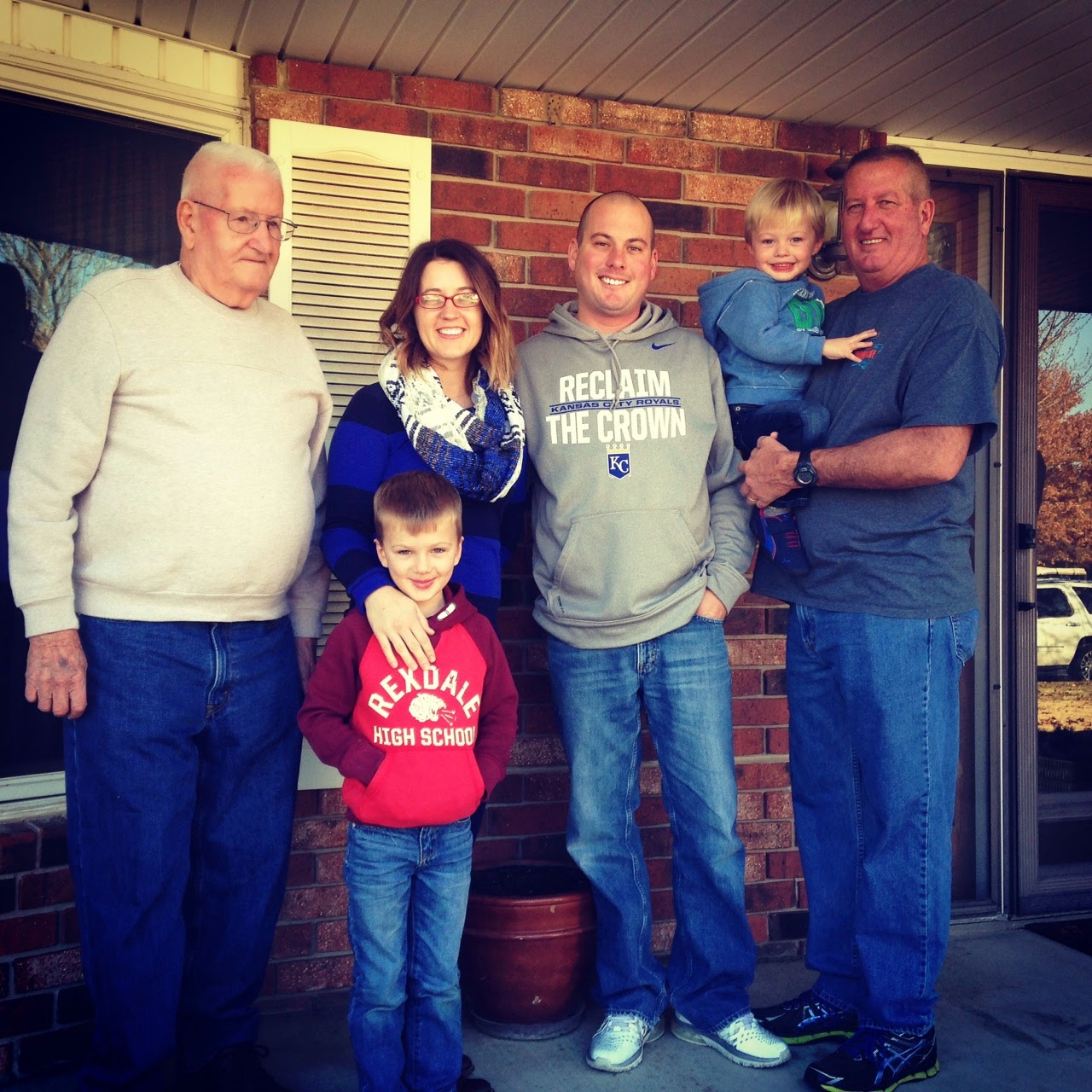 & let's take a moment to talk about the food for a second. My mom and dad were in charge of the homemade chicken and noodles---one of Grandma Hartley's signature dishes. They spent a lot of time on these noodles and everyone was looking forward to them except for one person, Logan! 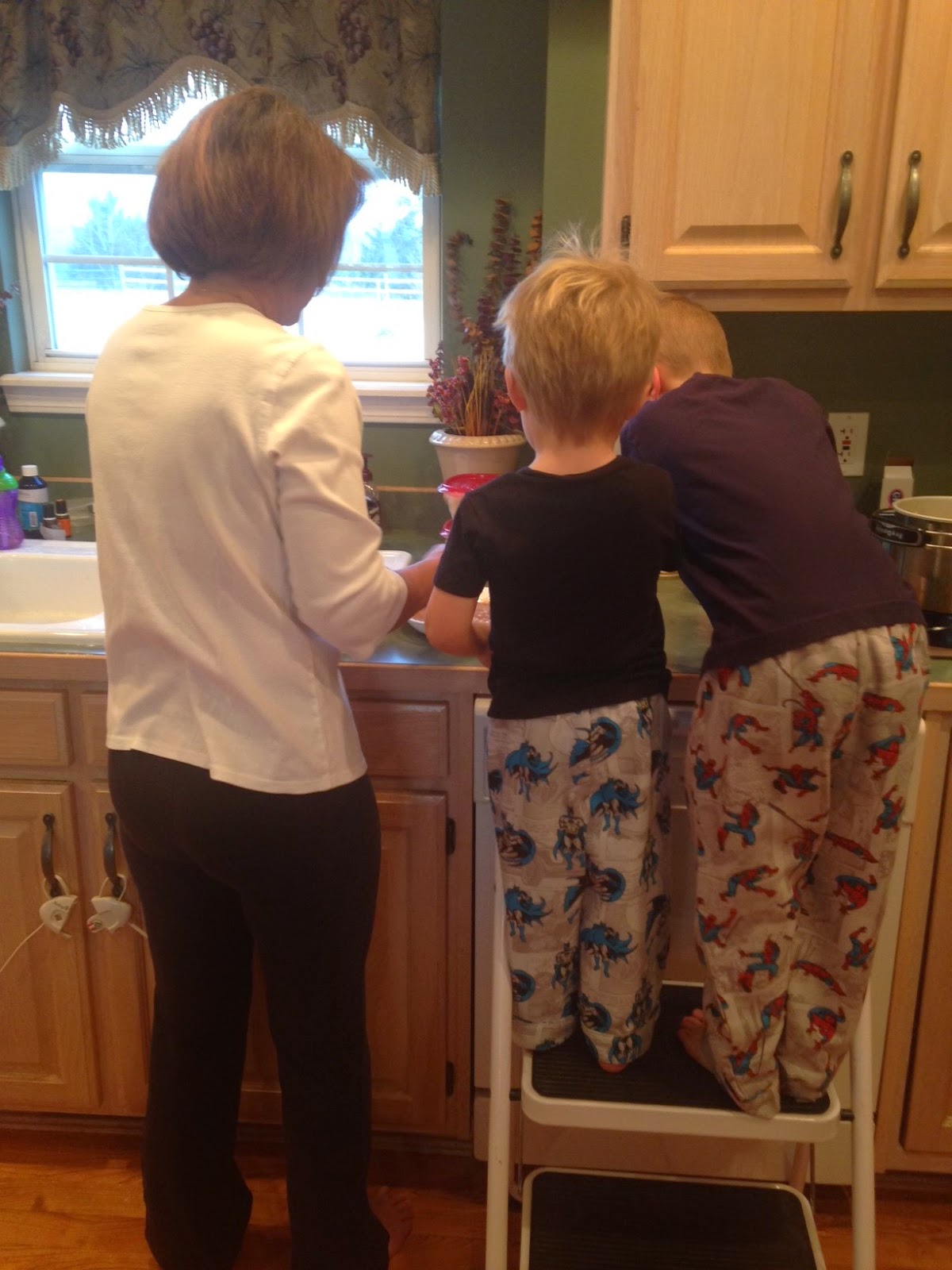 As we went around filling our plates he told me no on the noodles and at the last second he changed his mind--he said he take a little bit. In the end, he went back for four helpings & he wasn't the only one smiling, he had just made Grandma Sara's day. 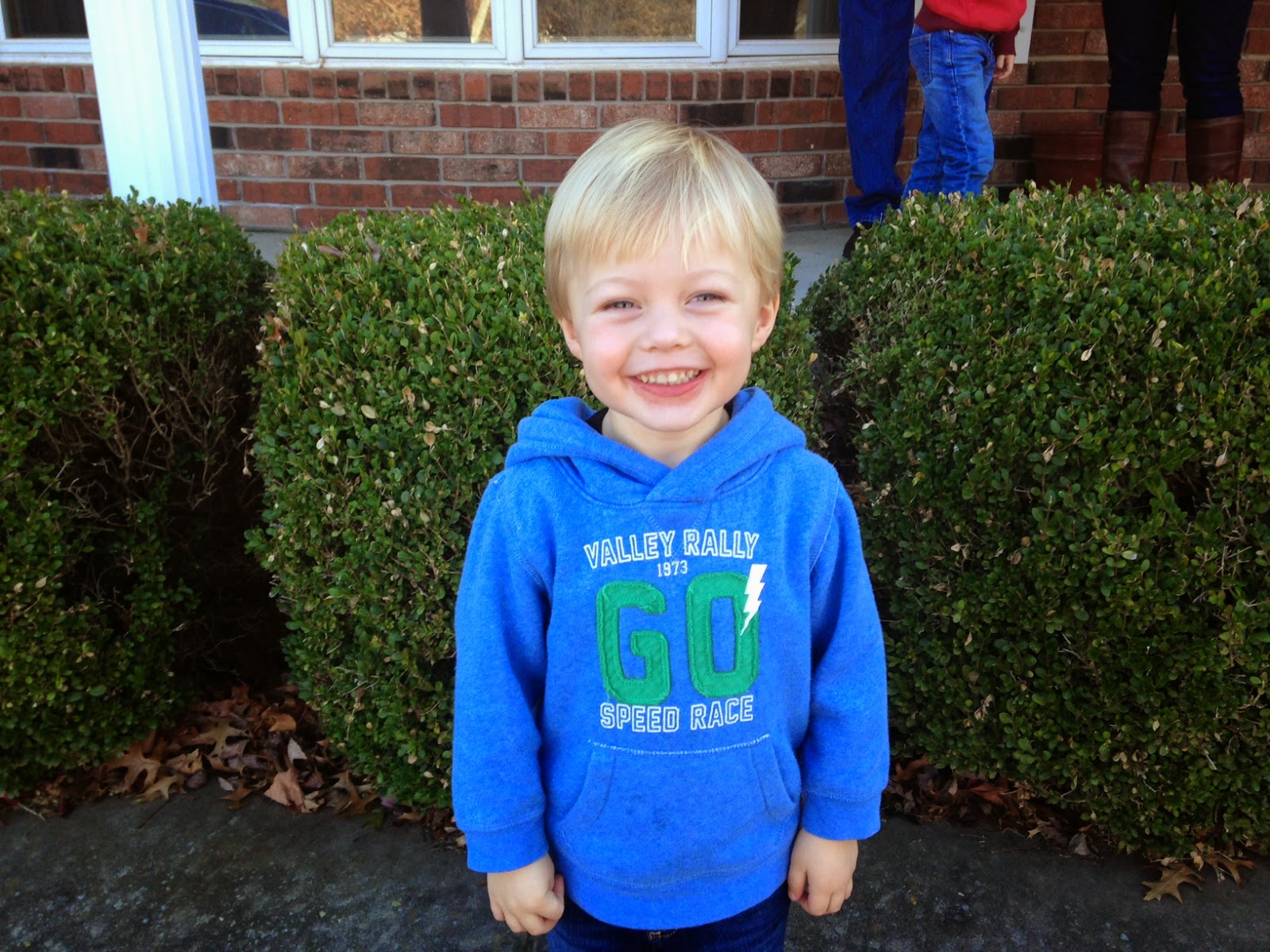 My day was made when I saw the blueberry pie my Aunt Sandy had made, for me. No joke, her kids don't eat blueberry pie & as much as I love my mom, she doesn't make a blueberry pie like Sandy, so I know its for me. & maybe my sister too but she wasn't there so it was basically ALL mine. 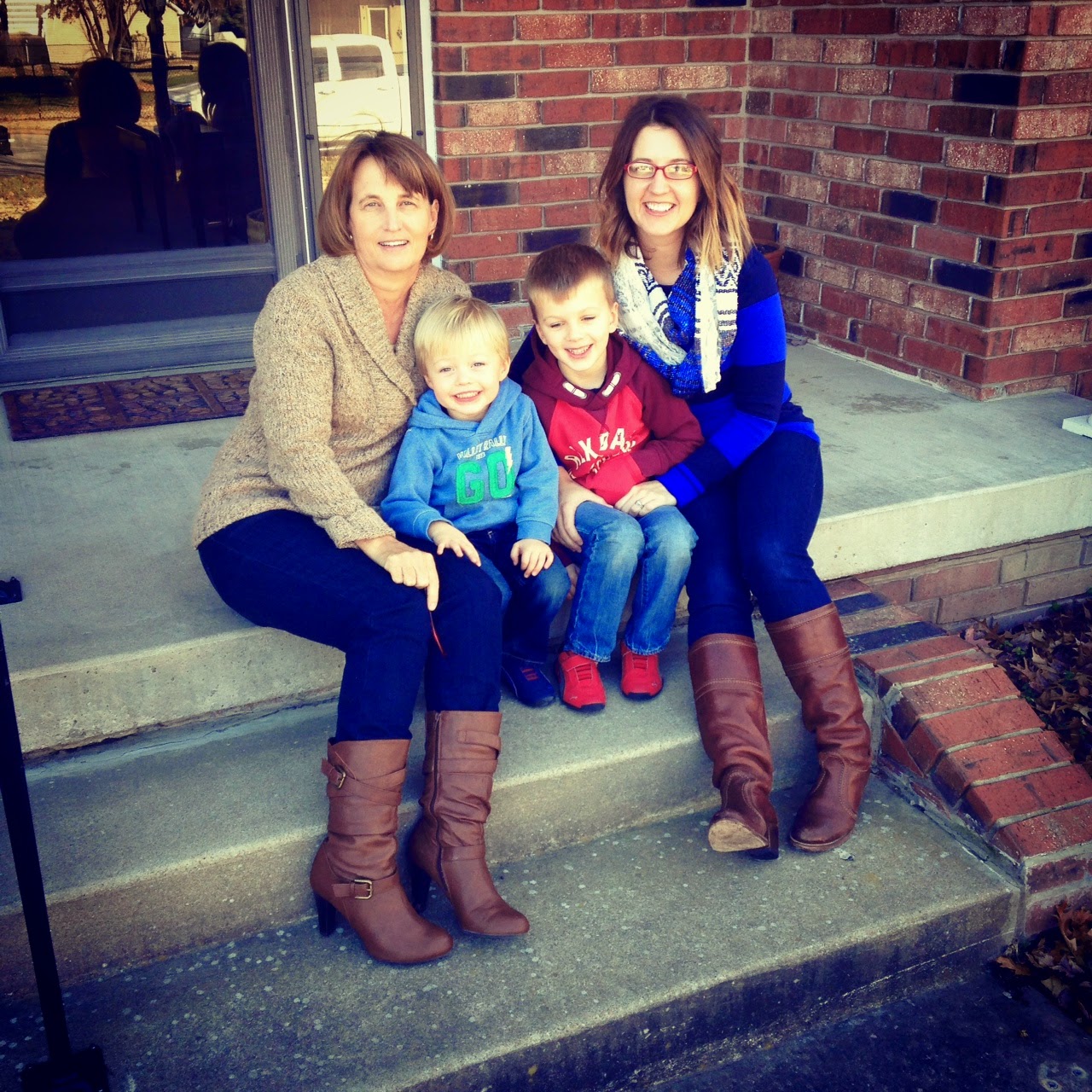 And as we were just getting ready to say good-bye, my dad opened up the piano and the boys had to take a test run. When it came to talents, I was 100% athletically talented and 0% musically talented & by the sound of it, the boys probably will follow in my footsteps. ;0) 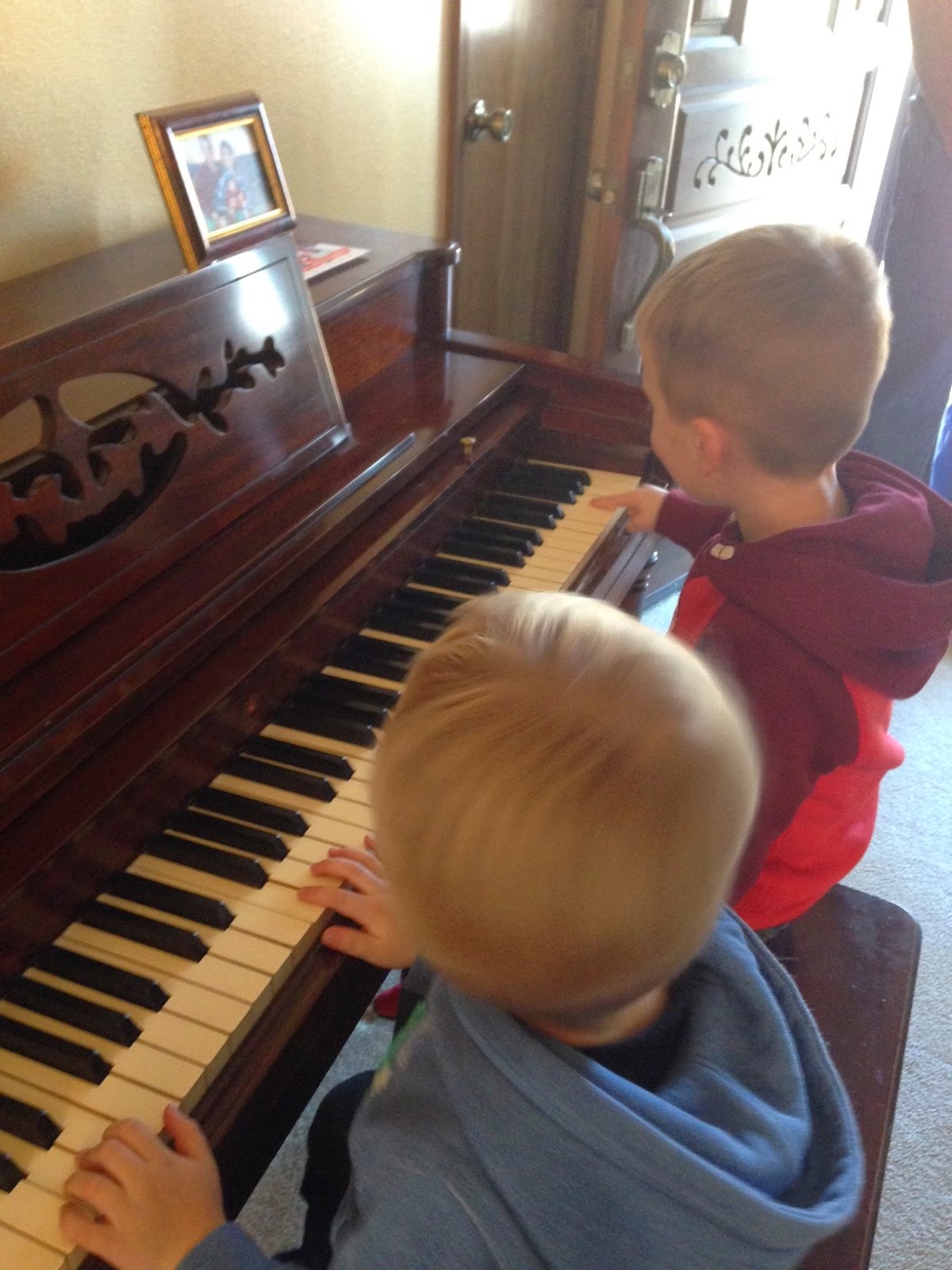 We weren't on the road for 5 minutes and the boys and I were out.

Our Thanksgiving celebrations weren't ending there, they continued on into the next evening where we met up with Justin's family at his cousin Jennifer and her husband's house. They have a lovly home and was spacious enough to host us all which this year was a lot because we had so many family members in from out of town. This was the second time in a matter of months that we have all been able to be together and although the first get together was a celebration of life, it was still a sad occasion so being together for no other reason than to be thankful for one another was a good change of pace. The boys and I ended up having to skip out a little early since I wasn't feeling very well but I didn't want to take Justin away from his family, well Chris, Justin loves cooking and well, Chris knows a thing or two about it so Justin was practically in heaven all night long. 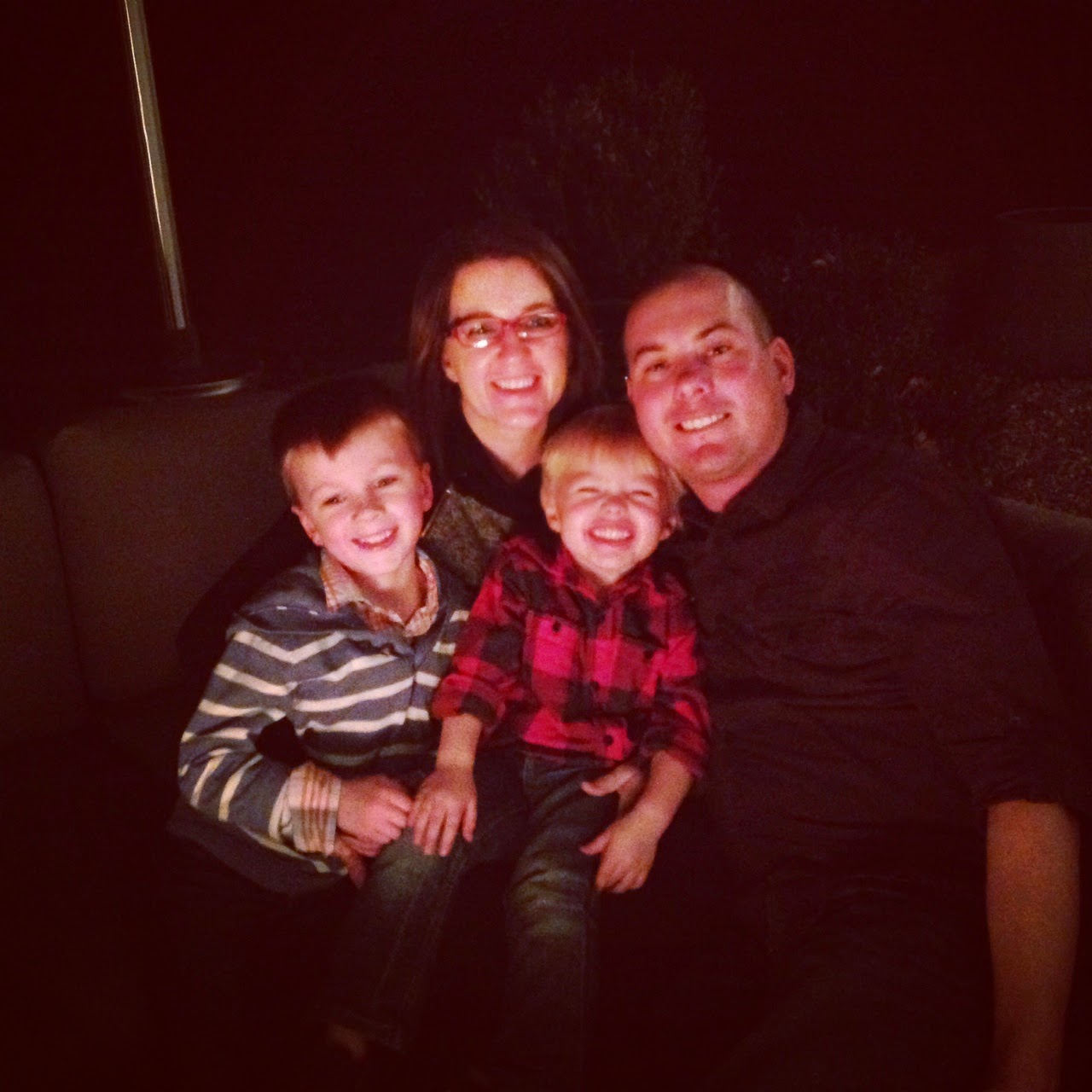 The boys and I watched a movie when we got home and then Kaden climbed into the top bunk of his bed for the first time. 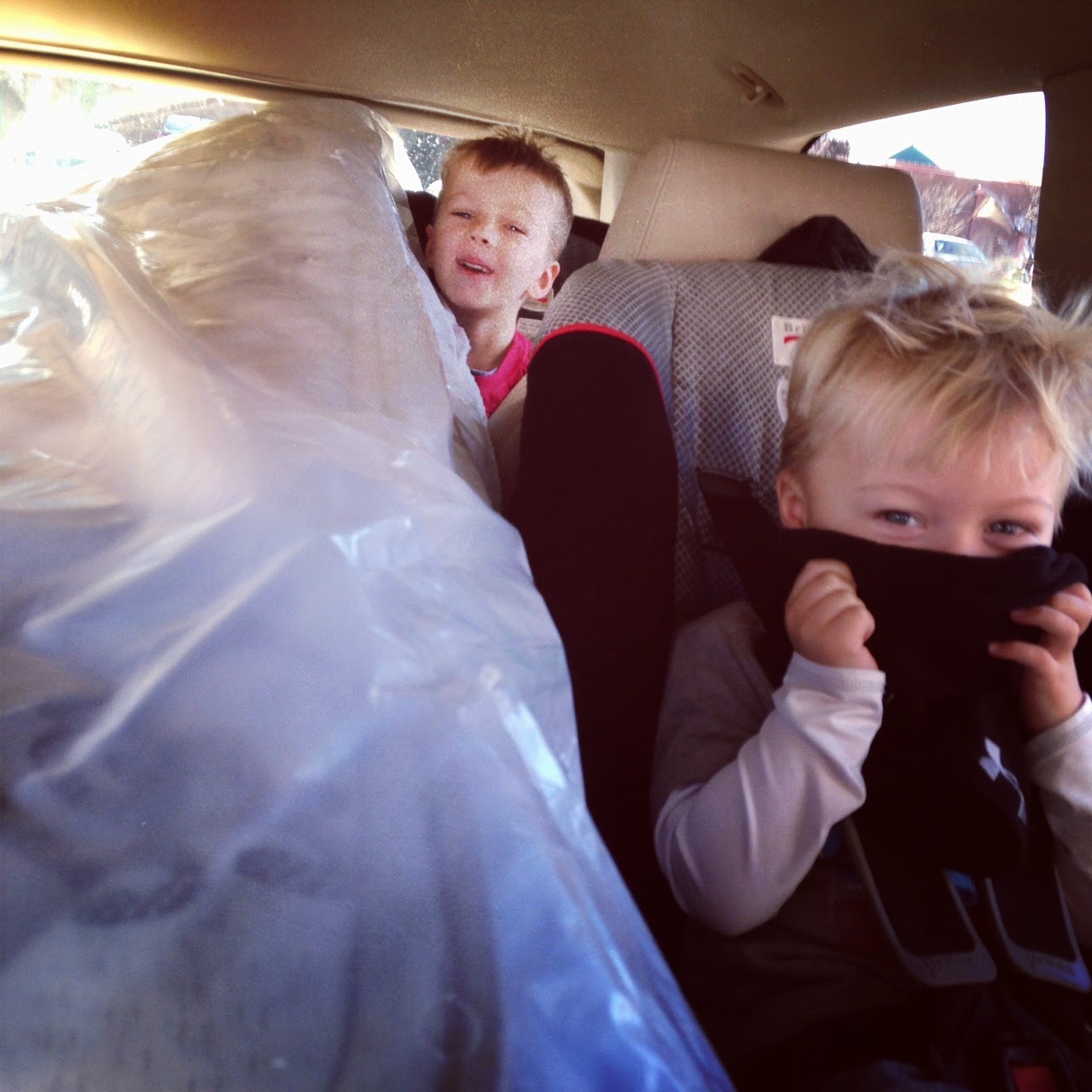 Over the holiday weekend we also...

Ventured out to Sky Zone for some toddler time. The boys love jumping there & toddler time is perfect because there aren't any big kids to worry about and the rules are a little more relaxed. We made our way back to the foam pit & as quickly as I built the foam walls, they came crashing through. We even tried it in slow-motion so my camera could try and keep up but that wasn't happening. 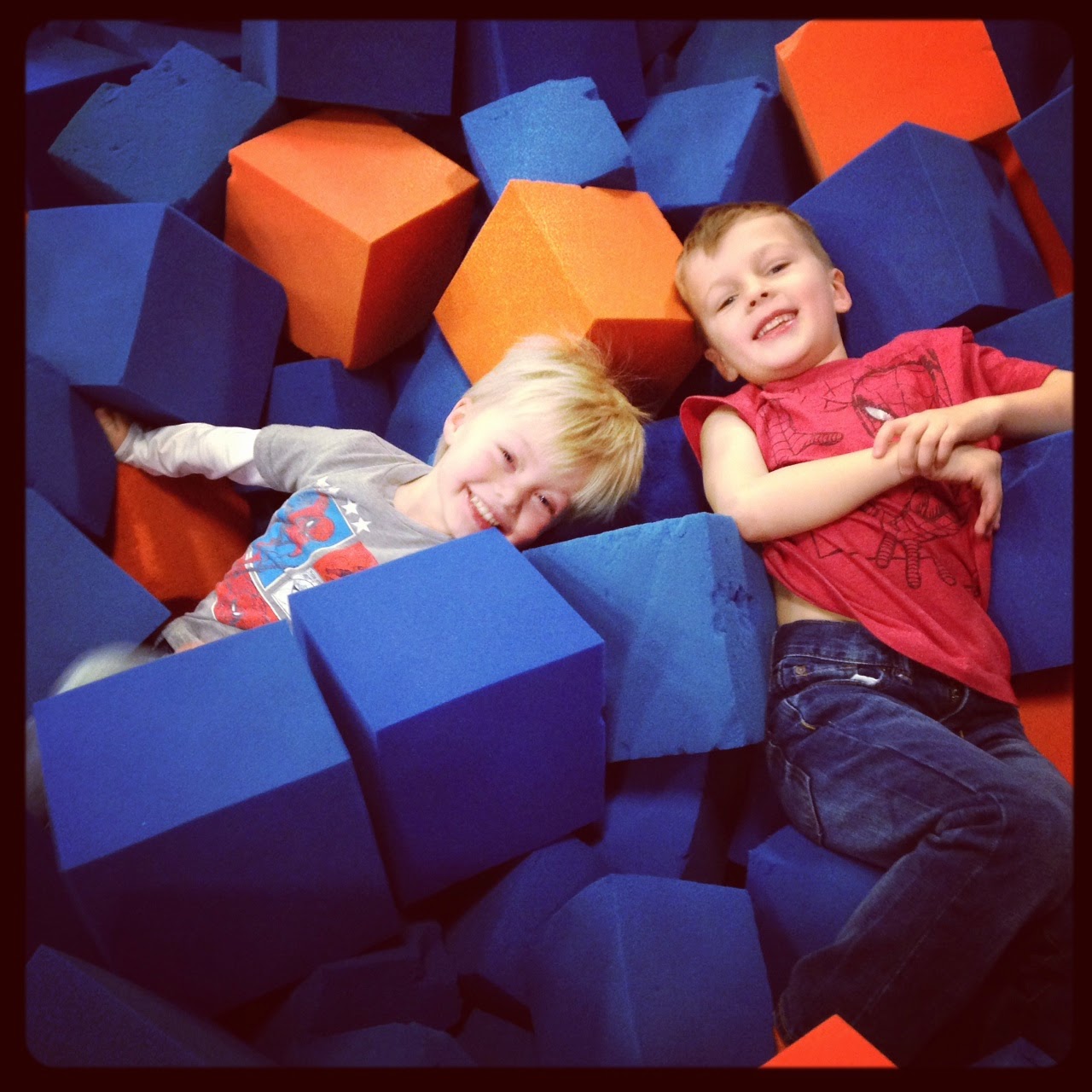 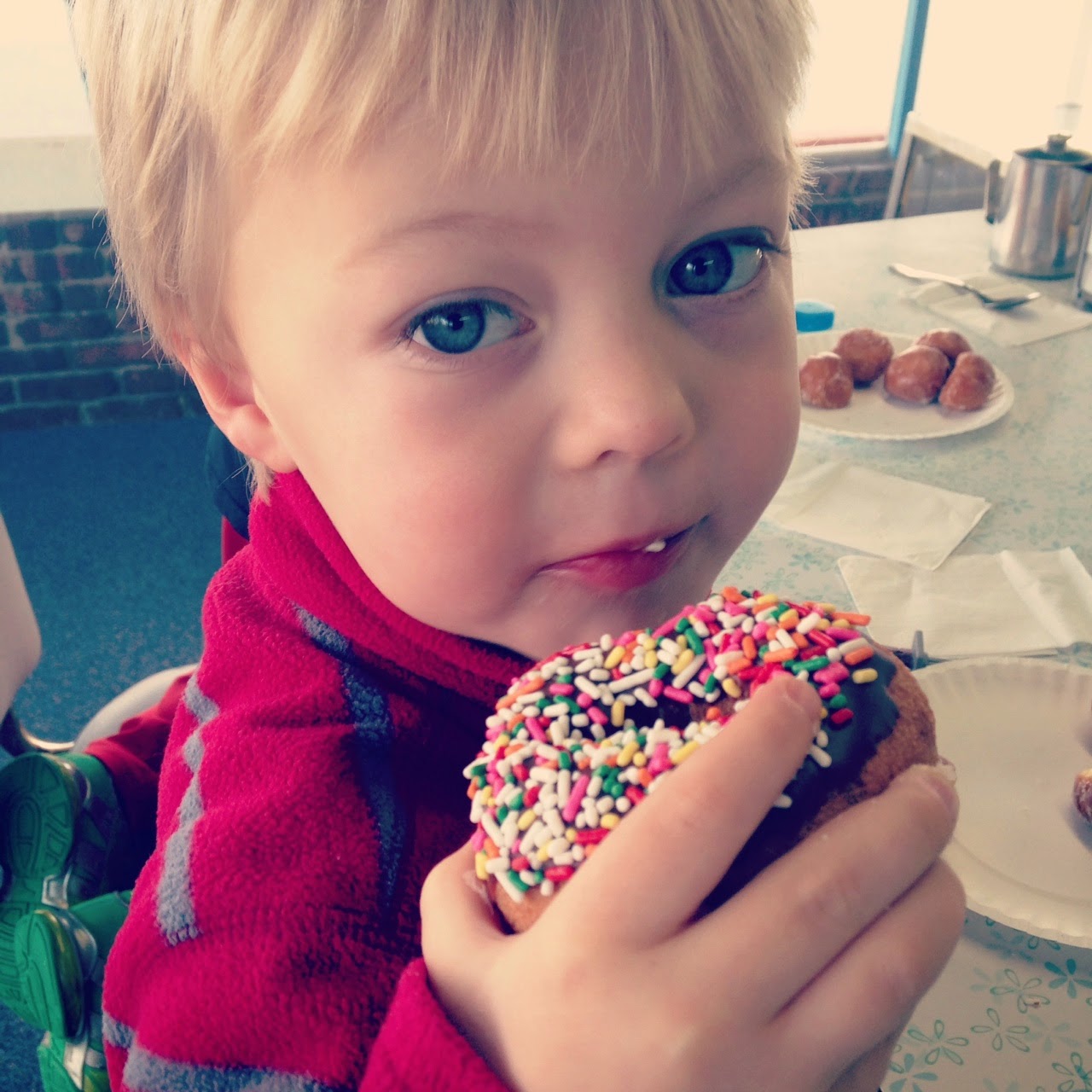 Decorated the house for the holidays. 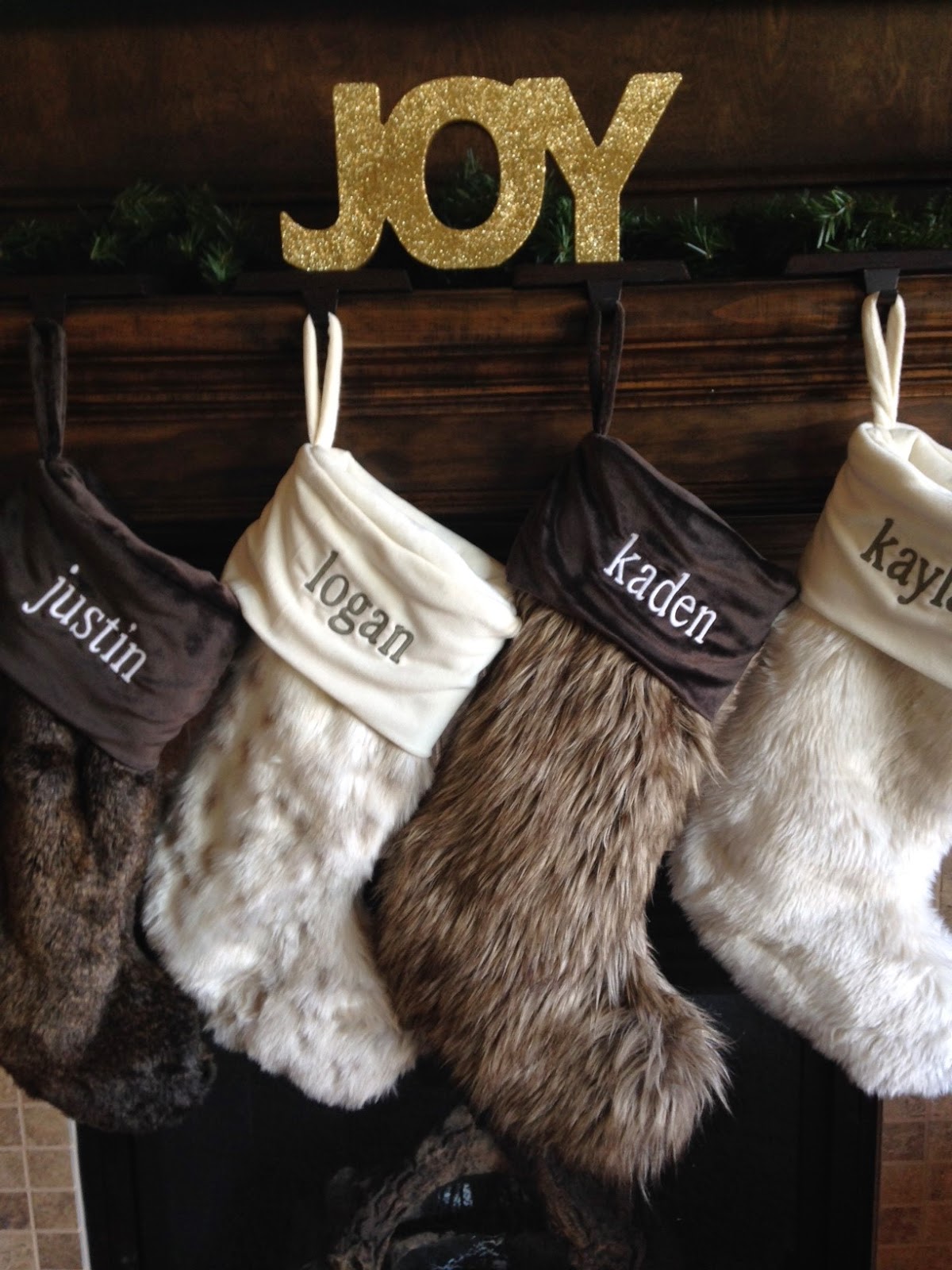 & I may have done some online shopping, just little though...

Thanksgiving was filled with everything that it should have been filled with--family, friends, faith, football, and yummy food. It's why it ends up being one of my FAVORITE holidays of the year, behind St. Patrick's Day of course!
Posted by Kayla South at 10:31 PM