He's Back & With a New Attitude

Mr. Fishlegs is back & he showed up with two more boxes and another letter for the boys. & let me tell you, the boys were so excited to see him. As I laid in bed I could hear both boys screaming, "He's back. Mom! He came back." followed by joyful squeals. 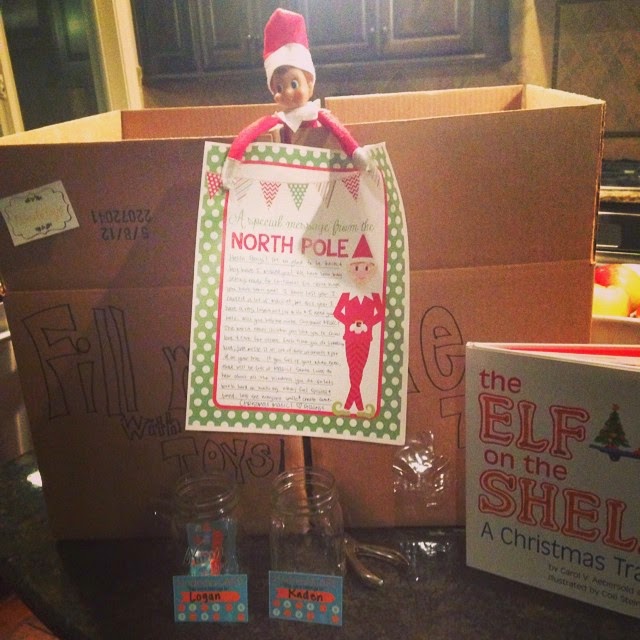 & when I came downstairs they were both sitting on stools just staring at him, fully aware that you couldn't touch him. They were both pointing to the letter and wanting me to read it & before I go down that path, let me remind you what Fishlegs was up to last year…

He & his friends were up all night long playing Uno. You should have seen the mess they created & I am pretty sure it wasn't a regular game of Uno as I found a few dollars that were left behind... 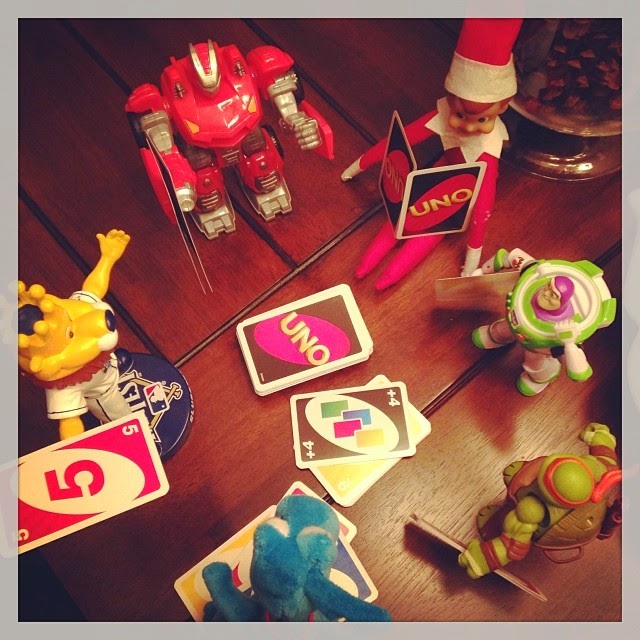 He was kidnapped & held hostage by all the villans... 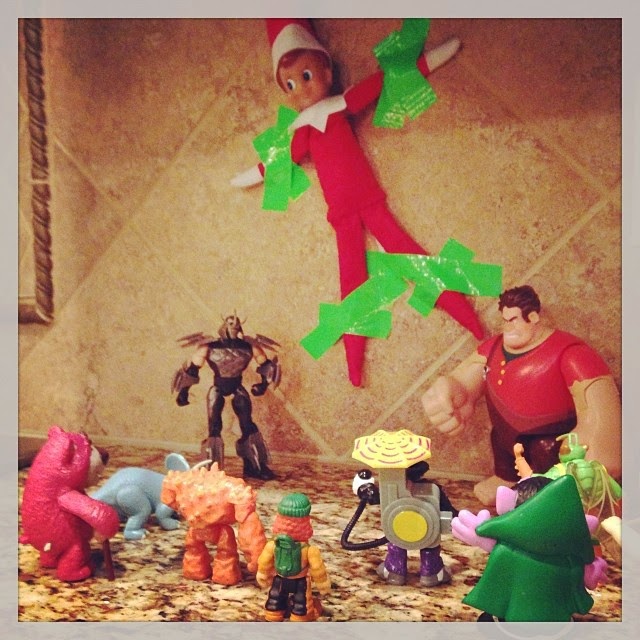 Got into snowball fights right in the middle of the kitchen. Even the boys know the snow stays outside. Outside Fishlegs! 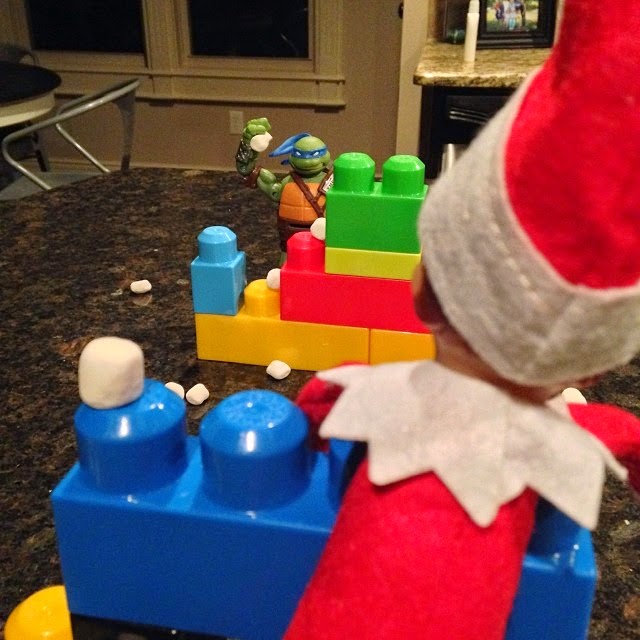 He was so embarrassed at all the mischief he created that he decided he would try and hide out for awhile but he didn't fool anyone. 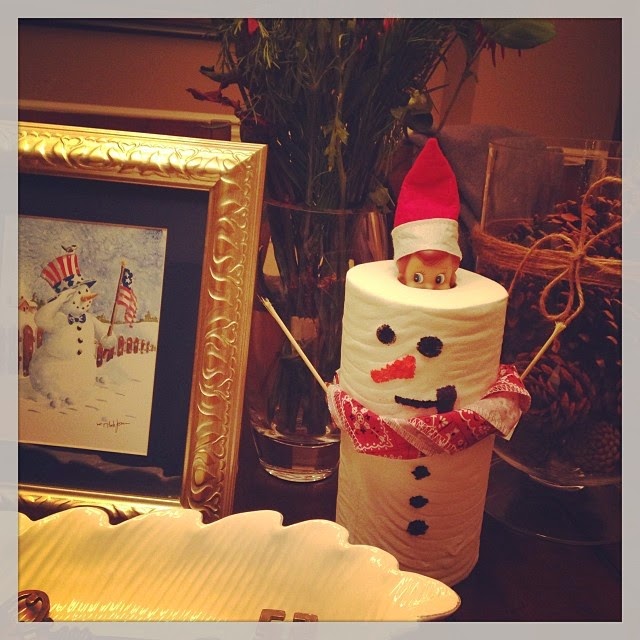 We had a lot of fun last year with Fishlegs. It was the first year that the boys were really into it and I admit, I may have went a little overboard. I loved thinking up new ideas as much as I loved seeing the smiles on their faces the following morning. I loved that with one little mention that Fishlegs was "watching" the boys almost immediately changed their behavior. It did what it was created to do, encourage good behavior during the holiday season but we didn't want to encourage good behavior by threatening that Fishlegs would tell Santa or just during the holidays--I wanted good behavior all the time.

So this year we made a few changes when it came to Fishlegs. I had been seeing a lot of posts regarding Kindness Elves instead of the Elf on the Shelf & I figured why not marry the two. We would still move him around each night but this year we wouldn't think up elaborate settings for him, he would just be hung, stuck, or sitting on something. He would still have magic powers & report back to Santa but instead of threatening to tell Santa that they were making bad choices, we would ask them what acts of kindness they did each day.

The letter basically stated that Fishlegs needed help spreading Christmas Magic. He needed help making people smile. He needed help doing random acts of kindness & for each time Justin and I caught the boys doing something kind without being prompted, then they would get a Kindness Punch. & let me tell you, the boys are liking the Kindness Punch--they love us talking about all the kind things they are doing.

On Sunday Fishlegs showed up with a box of Rice Krispies & suggested that the boys make some yummy treats for their friends at daycare, so we did. 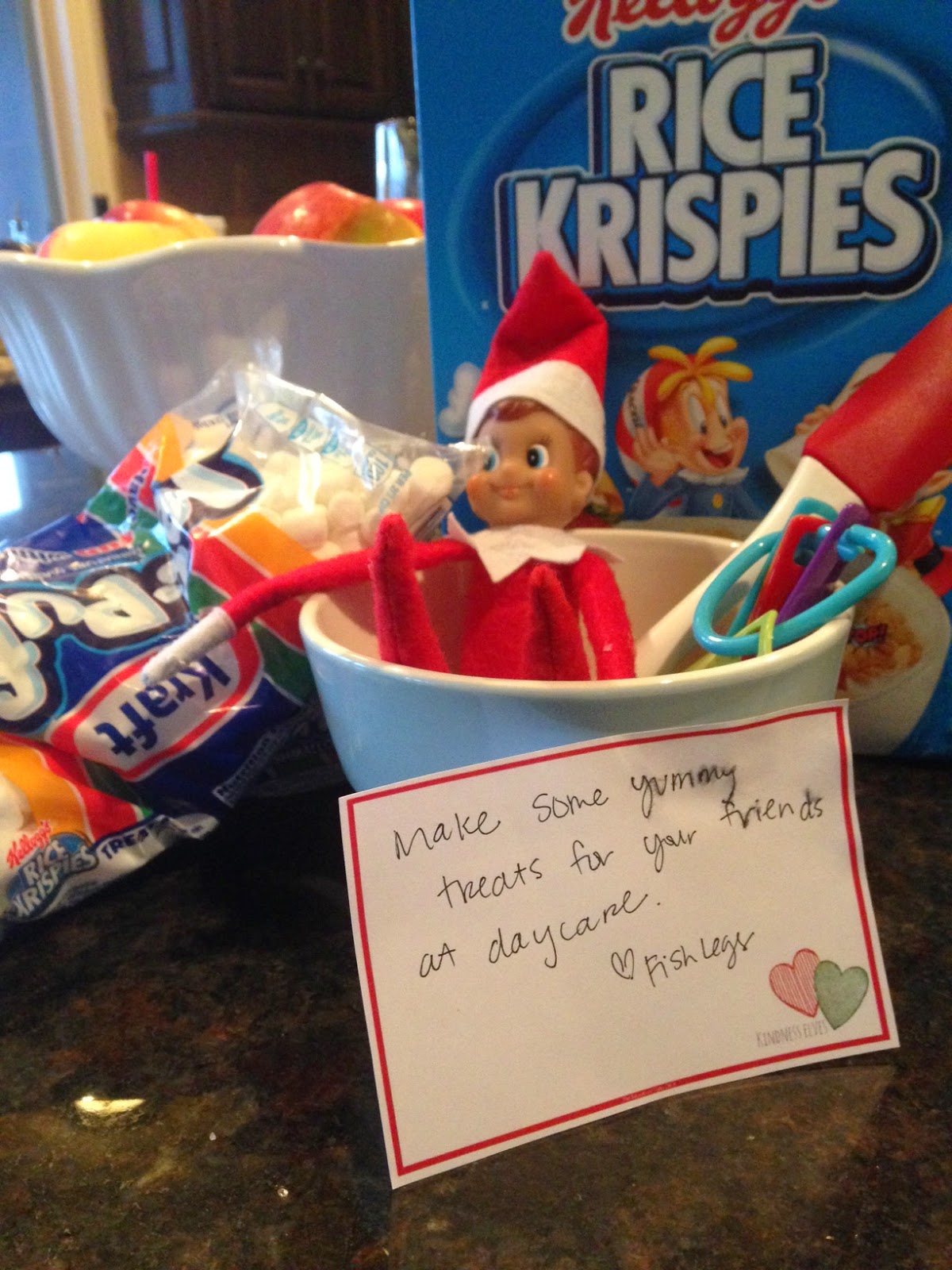 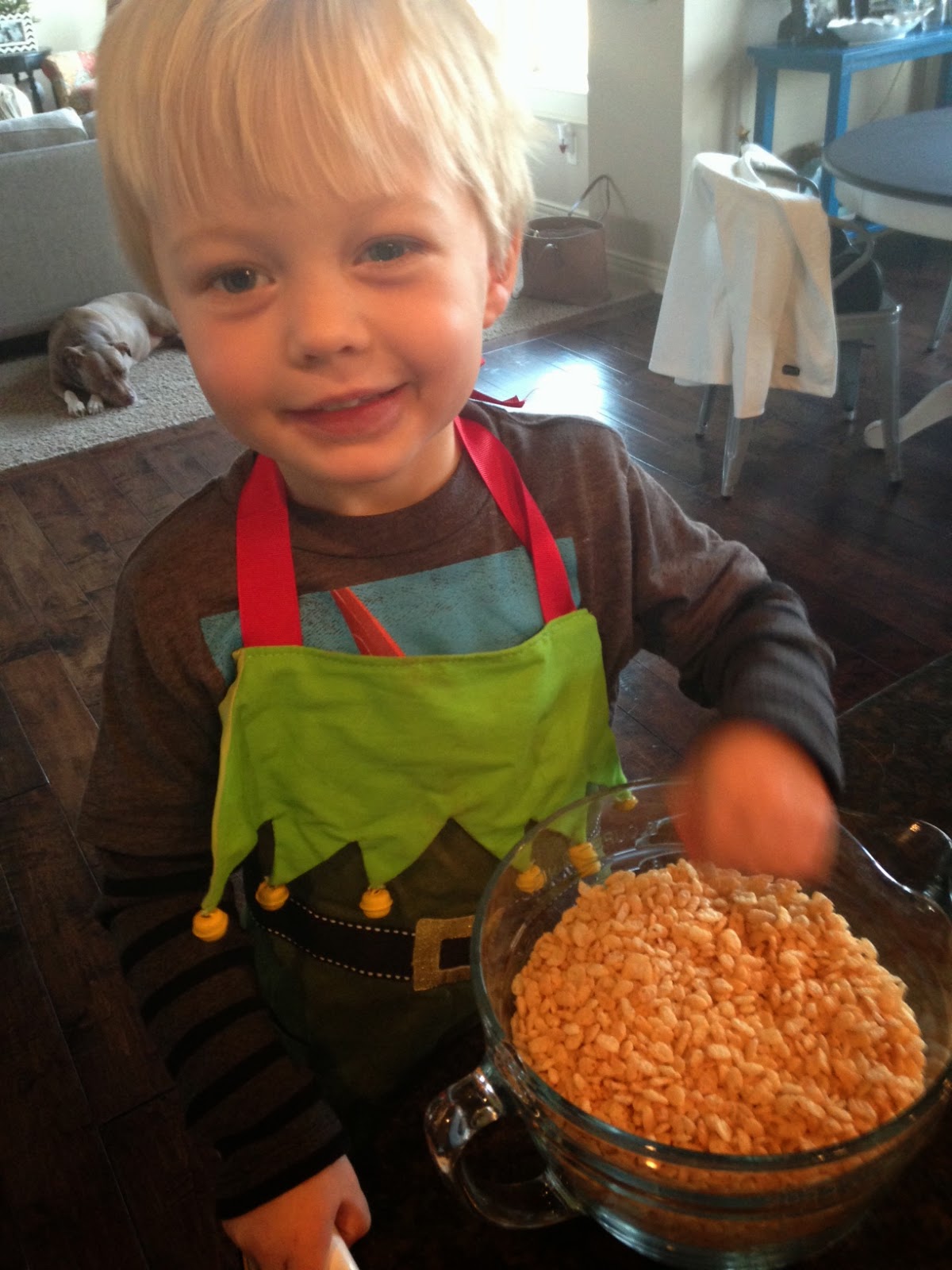 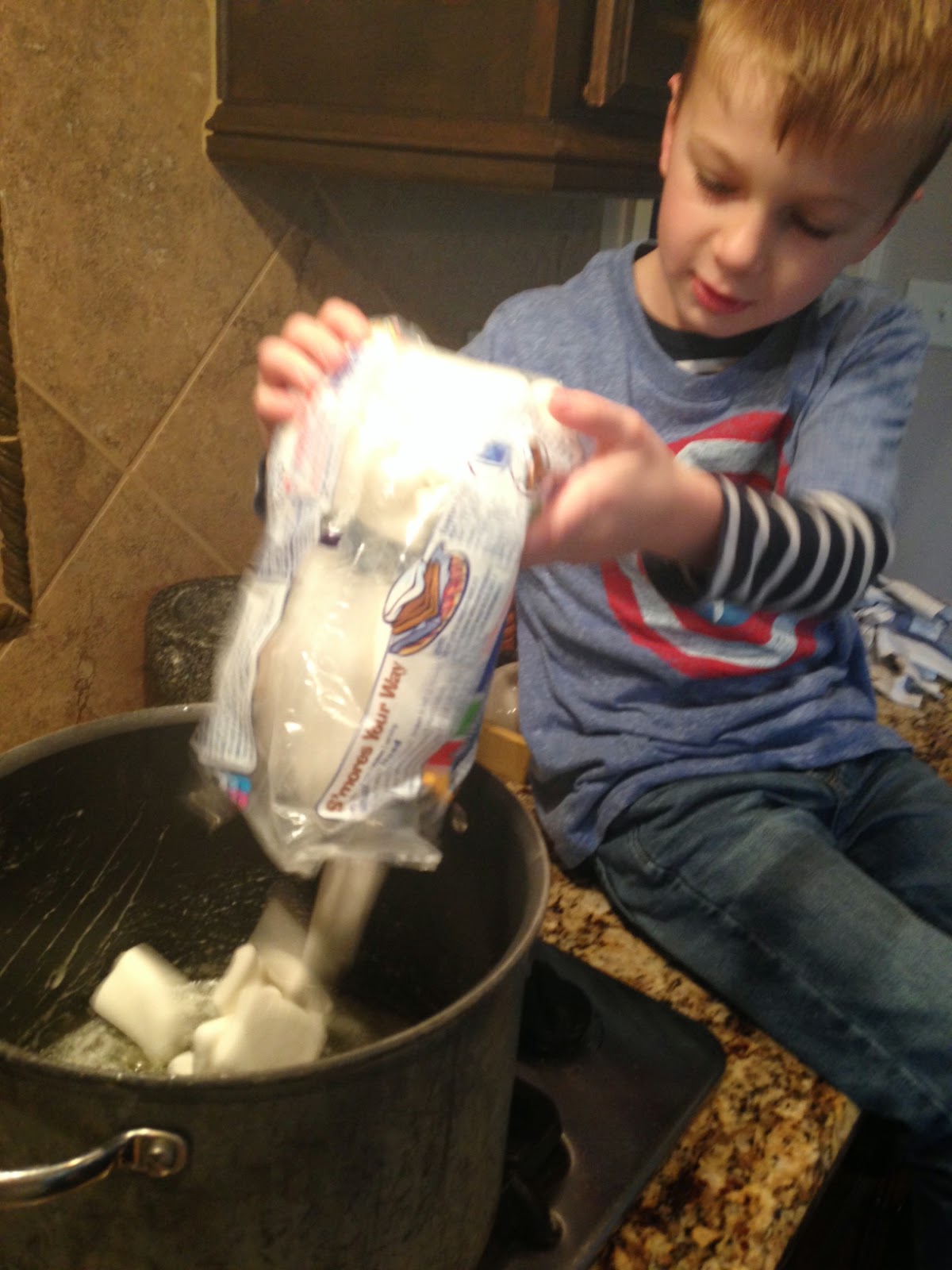 It won't be every day that Fishlegs comes with a note and a suggestion but thanks to Pinterest I have a few ideas that the boys will love to carry out. We will be handing candy canes out to strangers at church or gymnastics or at the store. We will donate some doggie treats to the local shelter. Hand out some hot chocolate to the bell ringers & leave some quarters taped to some of their favorite candy machines. Small random things that will hopefully make someone smile or even make their day.

And on Christmas Eve the boys will get to hug Fishlegs and say goodbye till this time next year.  Even though Fishlegs won't be showing up on Christmas morning, and each morning thereafter, I sure hope the boys remember their acts of kindness can be a daily thing, not just a holiday thing.