After the spring session of soccer ended, I wasn't really sure what the future held for Kaden. He had his highs and lows during the season which was fine but when it was all said and over, he wasn't the least bit upset. So when fall rolled around and a co-worker mentioned she was signing her son up for soccer again and asked if we wanted to join, I kind of just shook my head from side to side. I went ahead and brought it up to Kaden and to my surprise, he said yes. He actually wanted to play. Now, I am not sure if he really wanted to play soccer or if he just wanted to hang out with Jake but either way, we were going to give it another try. 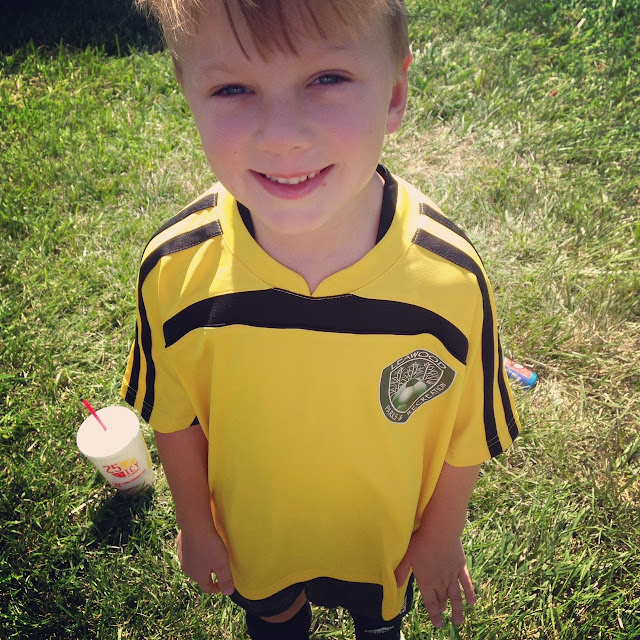 This time around it was a little more structured. They would have practice each Wednesday night and then a game on Saturday. They would play 2 twenty minute or so halves--each with 2 defenders and a goalie plus 4 players that could run the entire field. In our last league we didn't have a goalie and we didn't have defenders, just 4 kids running around like chickens with their heads cut off.

Now I would love to say that Kaden was the STAR athlete on his team but he was far from it. He did fairly decent when he was a defender and had a specific task at hand. Frankly, at the beginning of the season he wouldn't go and kick the ball. He was always one of the first to the spot of the ball but never really engaged in advancing the ball. I finally asked him why he didn't kick it and he said because everyone else was faster than he was---which wasn't the case, speed was not an issue for him. Finally, I did want any great parent would do, I bribed him. If he kicked the ball 5 times during the game, we would stop and get ice cream. 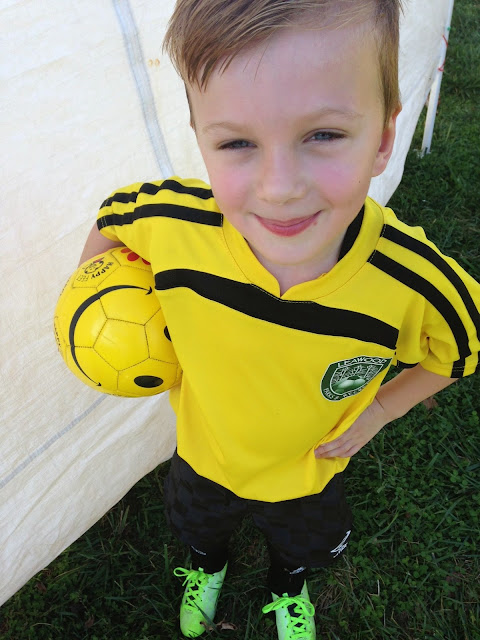 & Justin was so happy to hear this since he was the one who took Kaden to most of his games when they were scheduled during Logan's nap time. Although I hated missing Kaden's game, he often did better when I wasn't there. Maybe that was a coincidence but more than likely it wasn't. If I wasn't there, he wasn't worried about where I was or wouldn't come and sit by me each time he was sitting on the sidelines. Plus it gave Daddy and Kaden some extra bonding time which is always good. 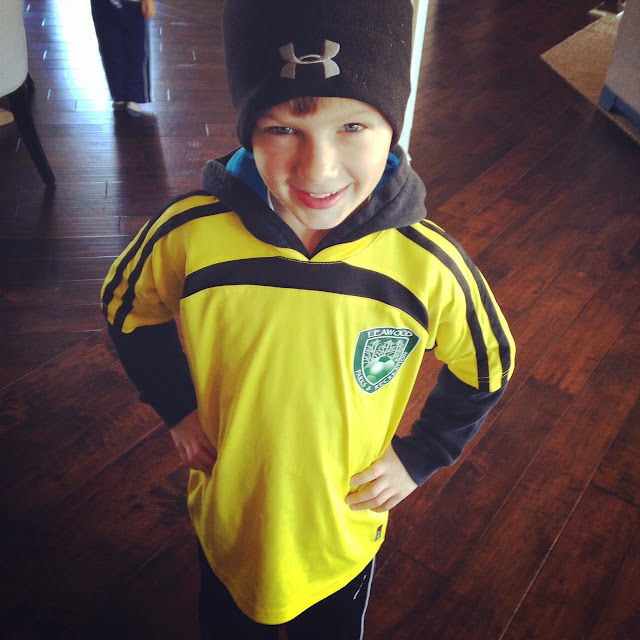 In the end, I would say this go around with soccer was much more positive one. We only had tears at one game and that was pretty much my fault, 4 o'clock game and he fell asleep on the way there, one tired little soccer player. He may not have scored any goals--for or against us--but he (and me too) certainly learned a little more about the game and Justin & I couldn't have been more proud of the effort he put forth.

On the day of his final game he came home and said:

"Hey Mom, I didn't get a trophy but I got something!"

"Really, Kaden, what did you get?"

"A trophy because we win & I was speedy fast, like Flash." 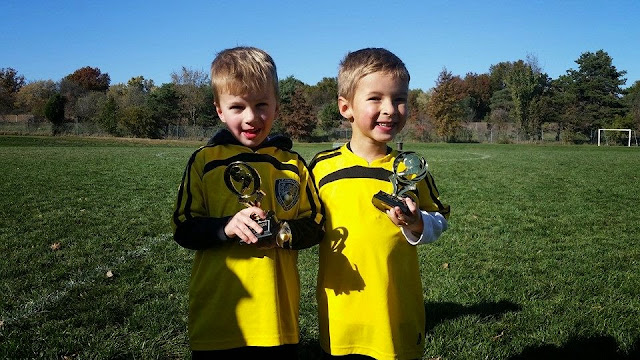 He was so proud of his trophy & it was nice to end on such a high note. & a big thank you to his coach, it takes a special type of person to teach soccer to 10 four and five year olds & he did an amazing job. 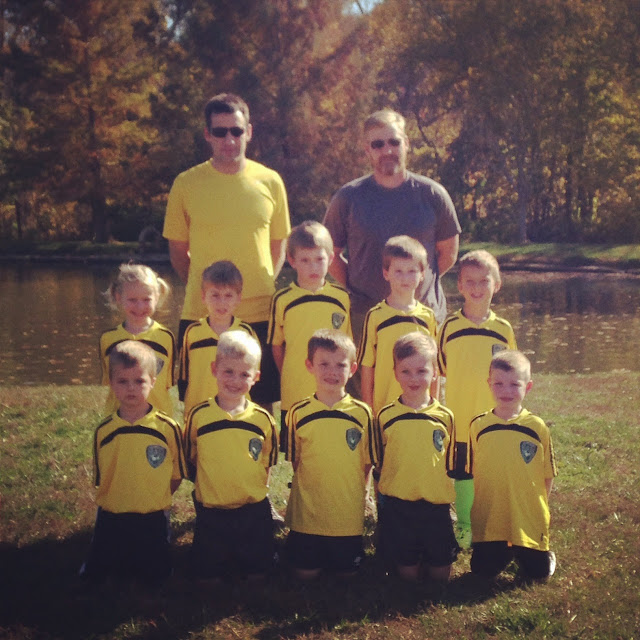