We had heard great things about gymnastics & Logan is all about jumping and twirling around so we thought it would be a perfect match & it has been.

Unlike most of his classmates who are in cute pink little tutus and leotards, he goes in his comfy shorts. 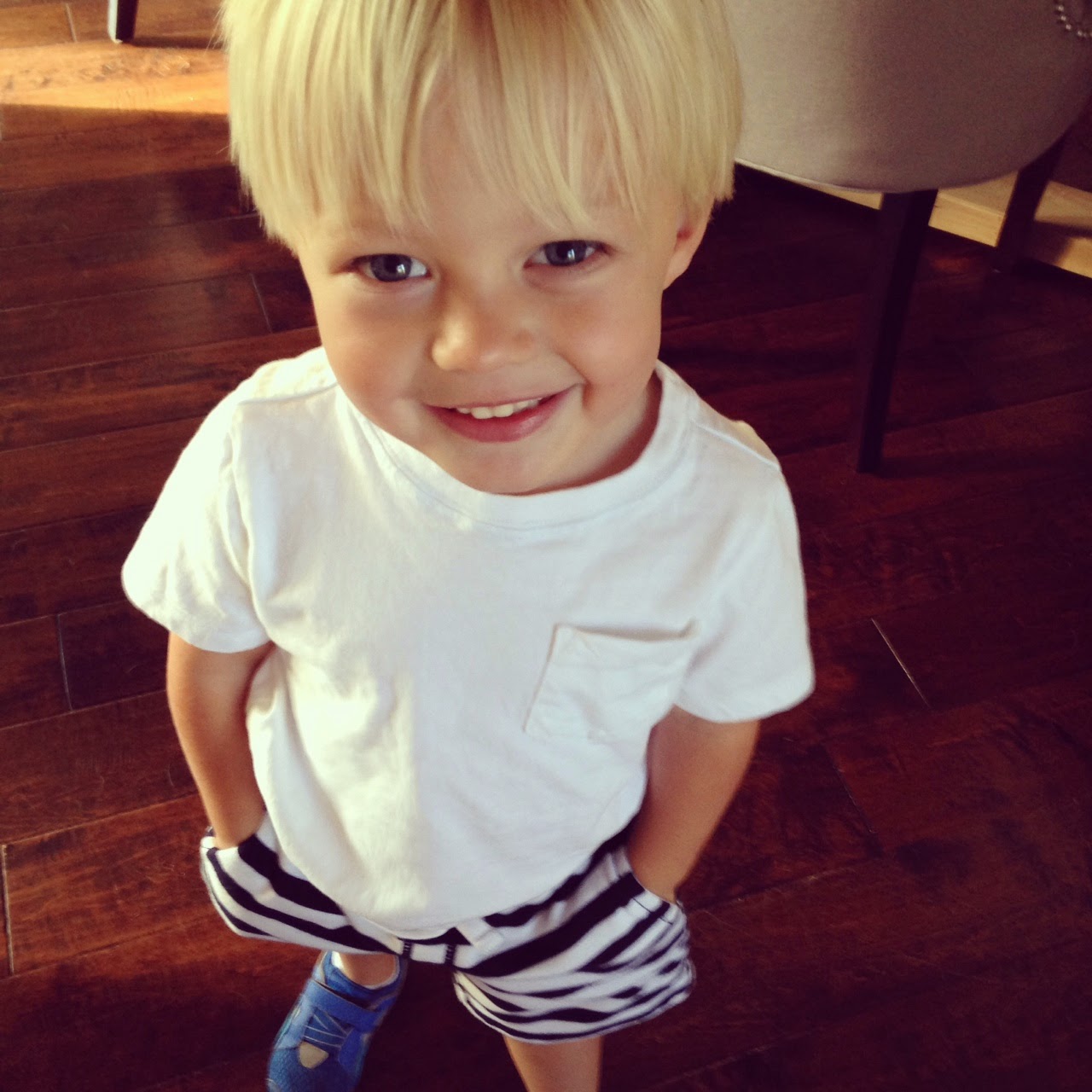 I thought he would be a little shy when he first walked into class but when "Jitterbugs" were called, he popped up and headed straight for the door and never looked back. For the next 50 minutes he runs, tumbles, jumps, summersaults--forwards and backwards.


& his teachers are fabulous--Coach Carly and Coach Tyler. They make class so fun for this little dudes and dudettes.  I'd be ling if I said Logan wasn't their favorite--he totally is. I am sure its because he is one of the ONLY boys in his class but with a smile like his, how could he not be their favorite. 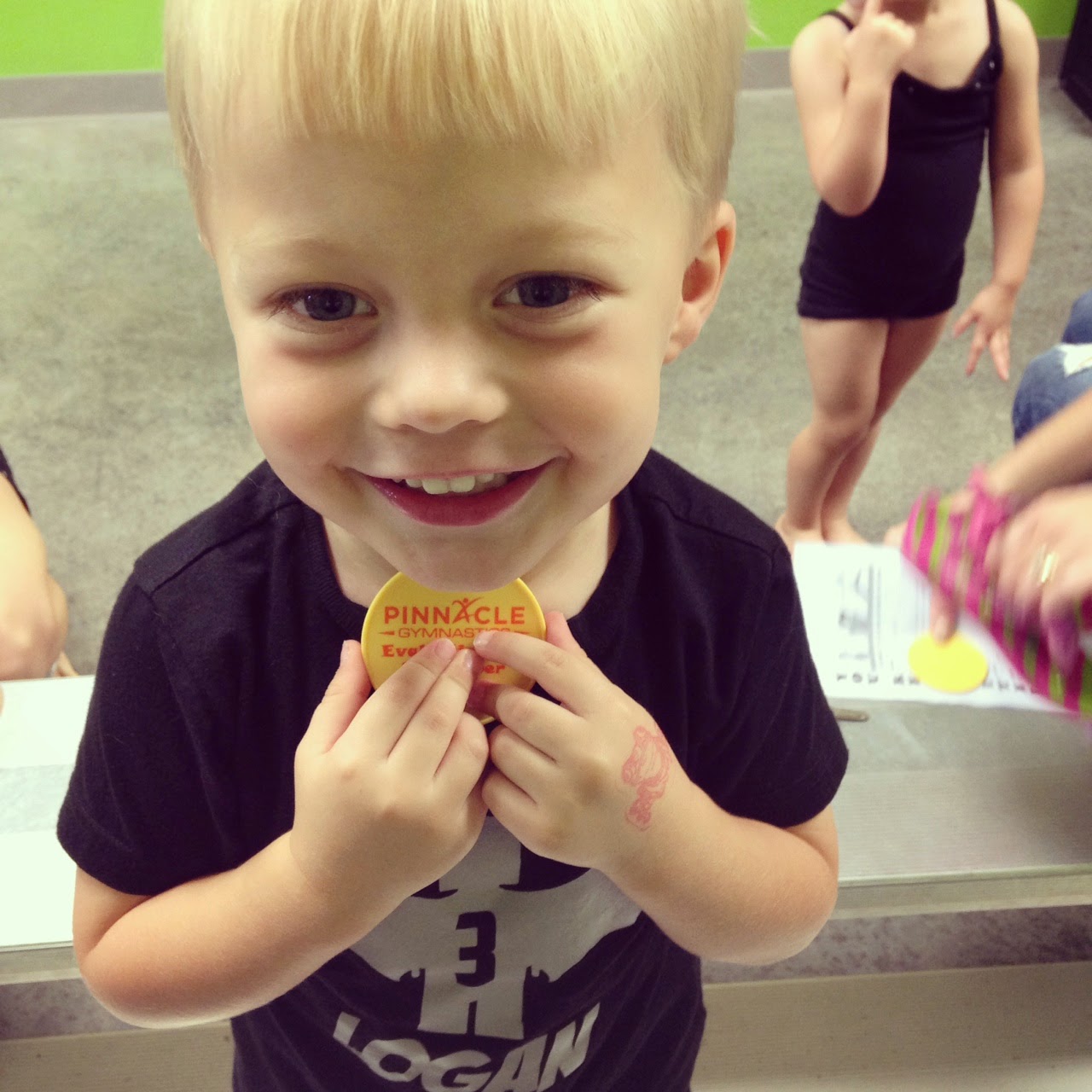 As soon as gymnastics is over for the week he is already looking forward to the next time. We have NEVER had tears & honestly, the biggest problem we have, what way to take on the way there.

The kid does NOT like going on the highway.


Although we were only going to do this for a couple of months in the beginning, it looks like now we may just be sticking with it, he seems to LOVE it. I think he enjoys having something all his own too & who can blame him.
Posted by Kayla South at 8:55 PM