October has been flying by and when I looked at the calendar & saw that we had less than two weeks to Halloween--I figured I better get to crackin on pumpkins.

Sometimes being tardy pays off and this was one of those instances--instead of paying $6 a pumpkin, I paid $3. We had invited the Walshes and Berberiches over to the house for the Chiefs game & figured that the kiddos could decorate pumpkins while the dads watched the game. Kids would be entertained, Dads would get to watch their game in not complete chaos. Win. Win. 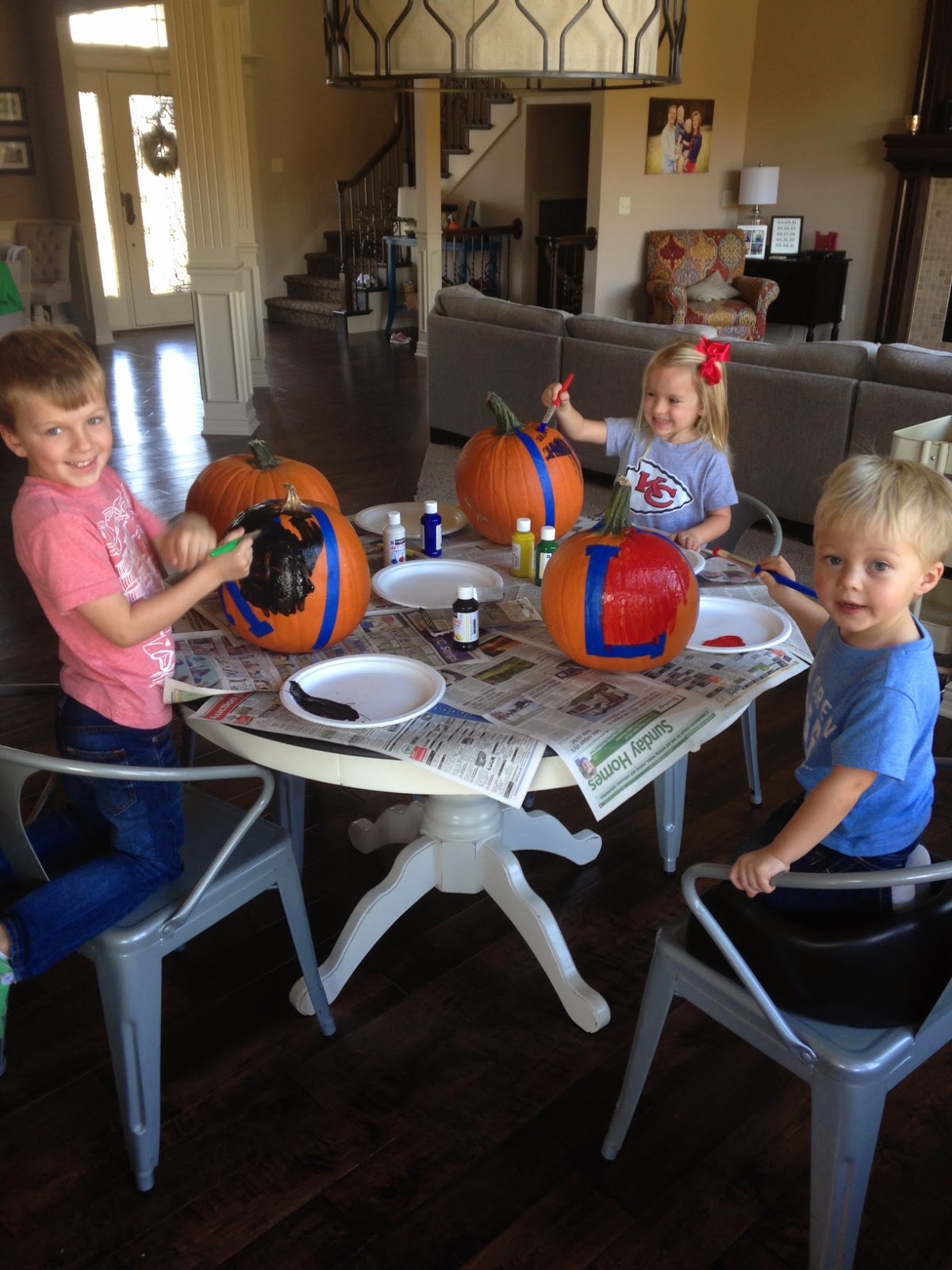 Tiffany and I did a little pumpkin prepping with some masking tape before letting the kids go wild. I was contemplating doing a few Superhero pumpkins but that would be like opening up a can of worms with the boys so I tucked that one back in my pocket to pull out maybe next year. This year we went the simple route with initials. 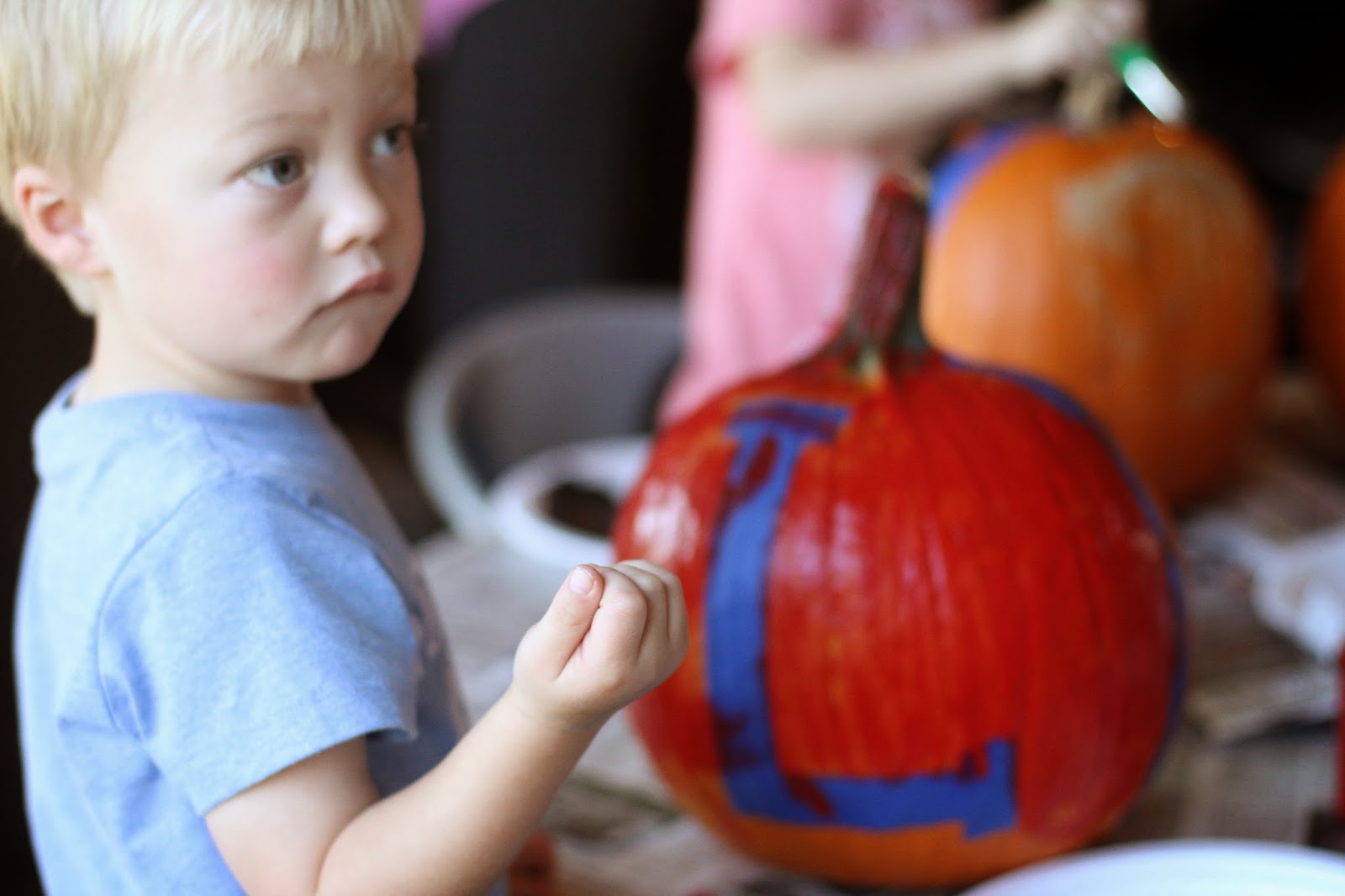 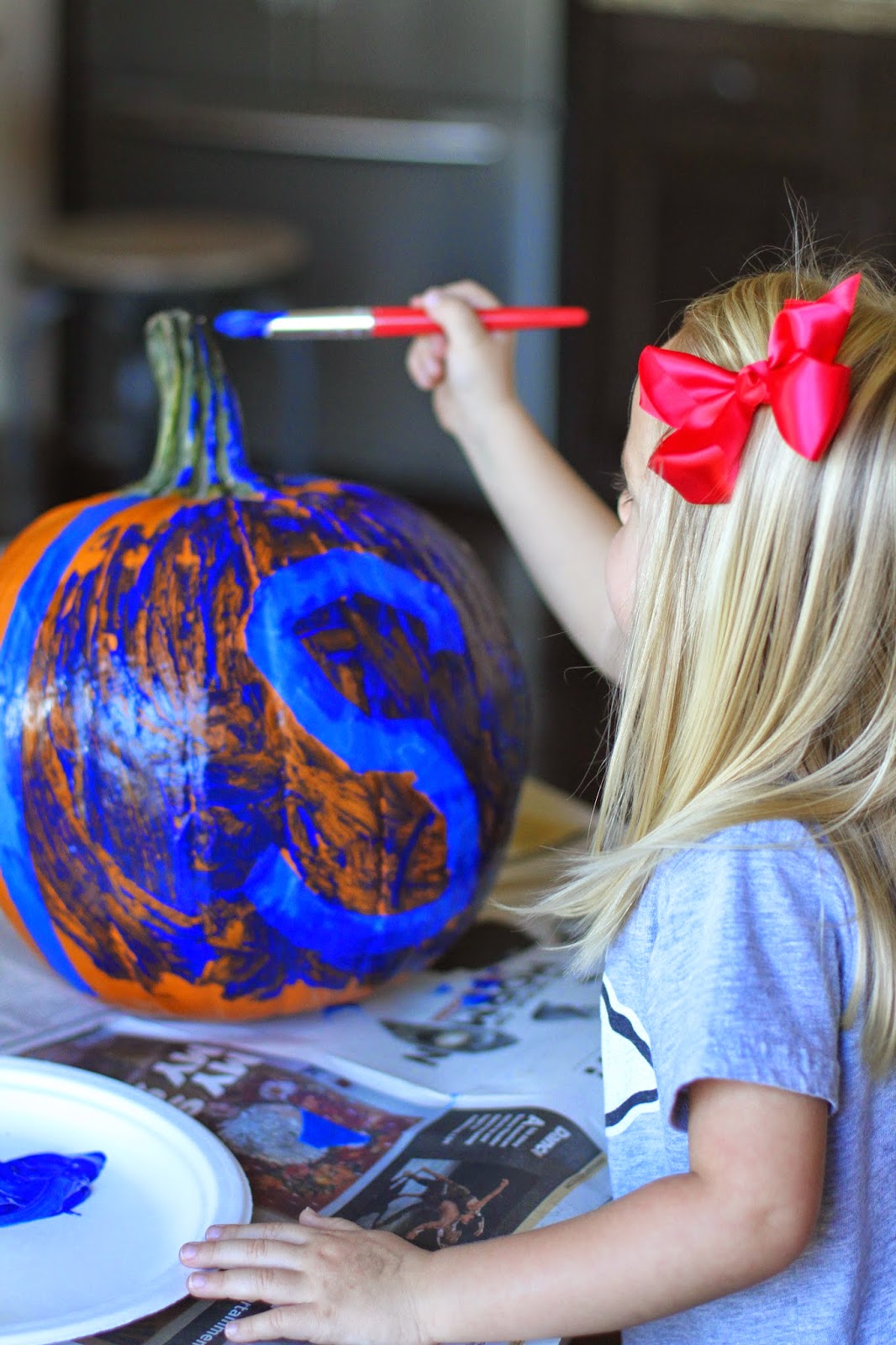 Kaden wanted black. Logan wanted red. Sophie wanted blue. & between picking out colors for their pumpkins and  brushes we didn't hear one single fuss or argument. Jason and I kind of looked at each other in amazement & waited for a few more seconds as we both couldn't believe what we were hearing, or actually, what we WEREN'T hearing! 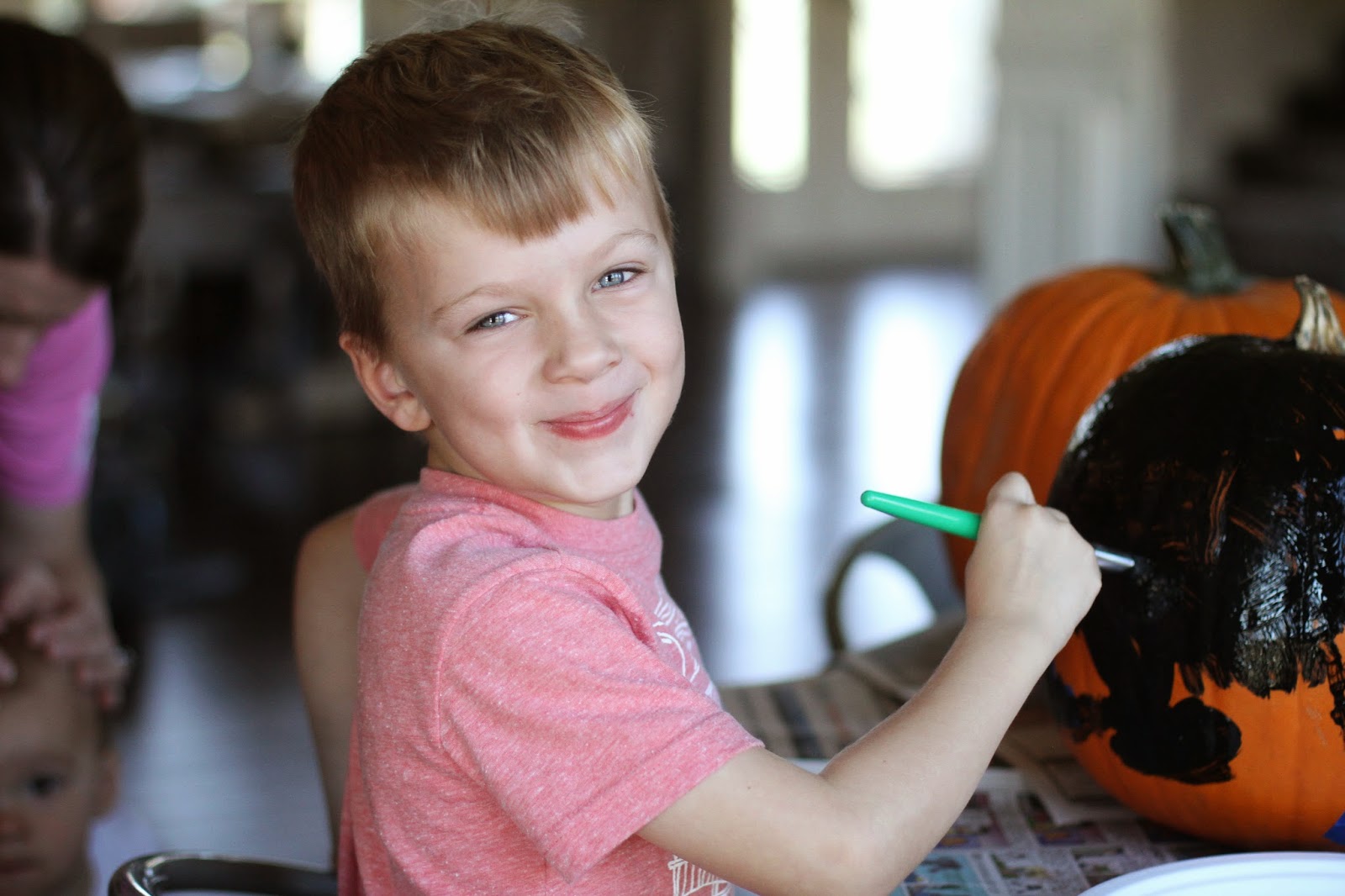 As the kids worked on their pumpkins Tiffany and I ran around wiping paint off of everything---the kids, their clothes, the table & the pumpkins---STAY IN THE LINES! Come 'on now. 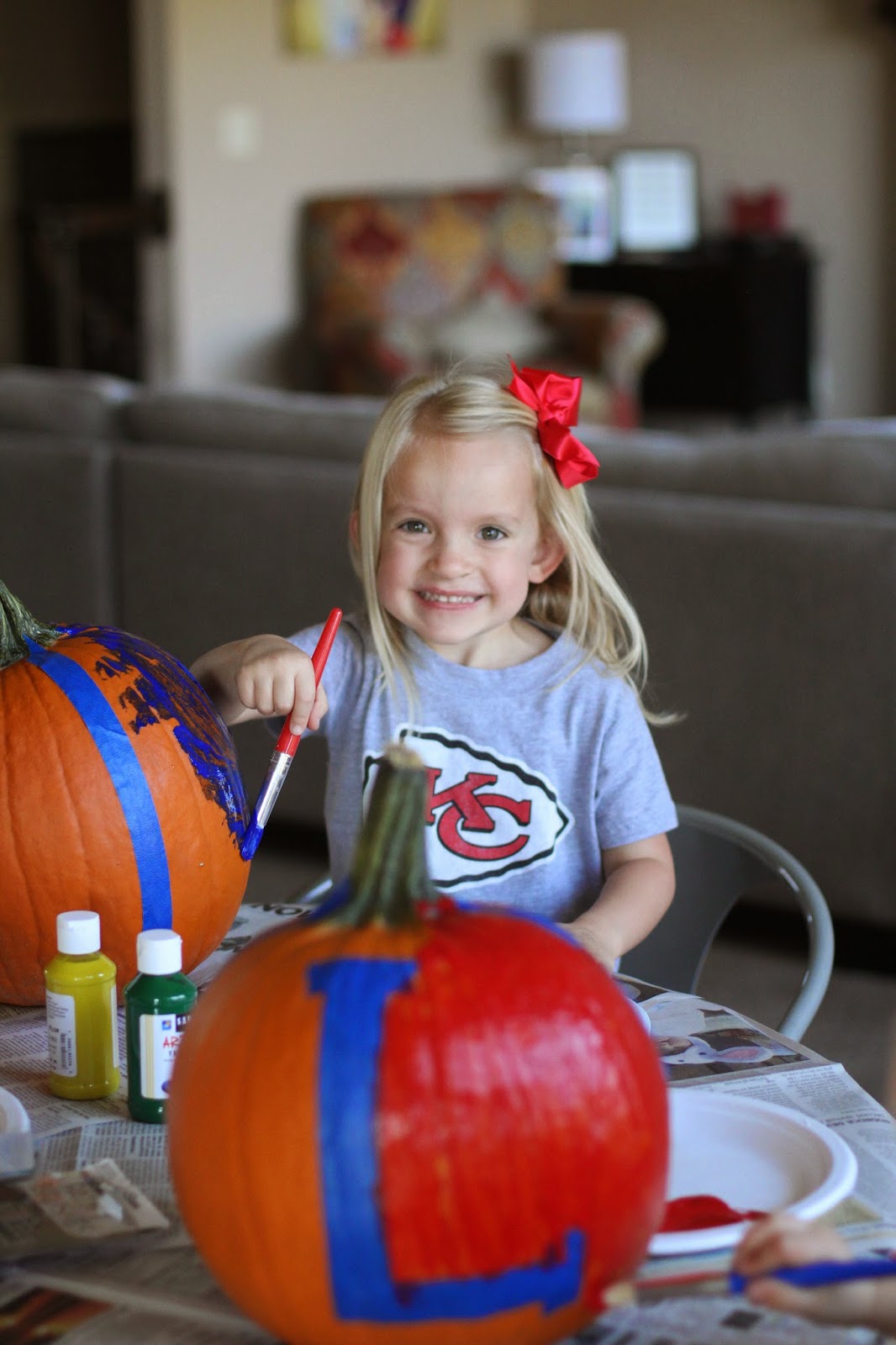 After a few coats we set the pumpkins aside to dry & dinner was served. Nathan had arrived and everyone wanted to play so they quickly ate their dinner and off to play they went. Its so nice having kids the same age as your life long friends' kids. 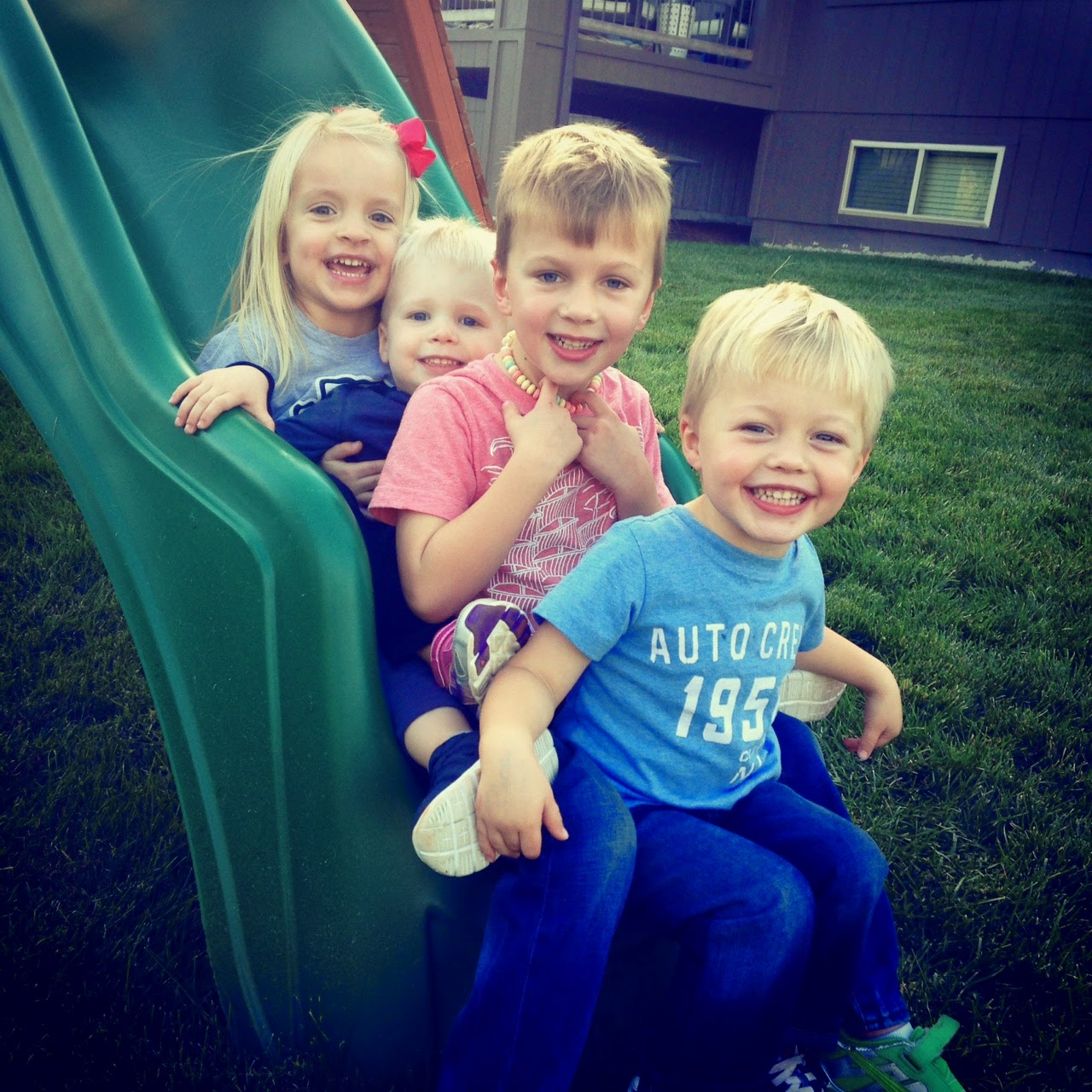 & yes, our fall activities have certainly changed--they went from tailgating at Chiefs or Pitt games to pumpkin decorating but I for one wouldn't change a thing! 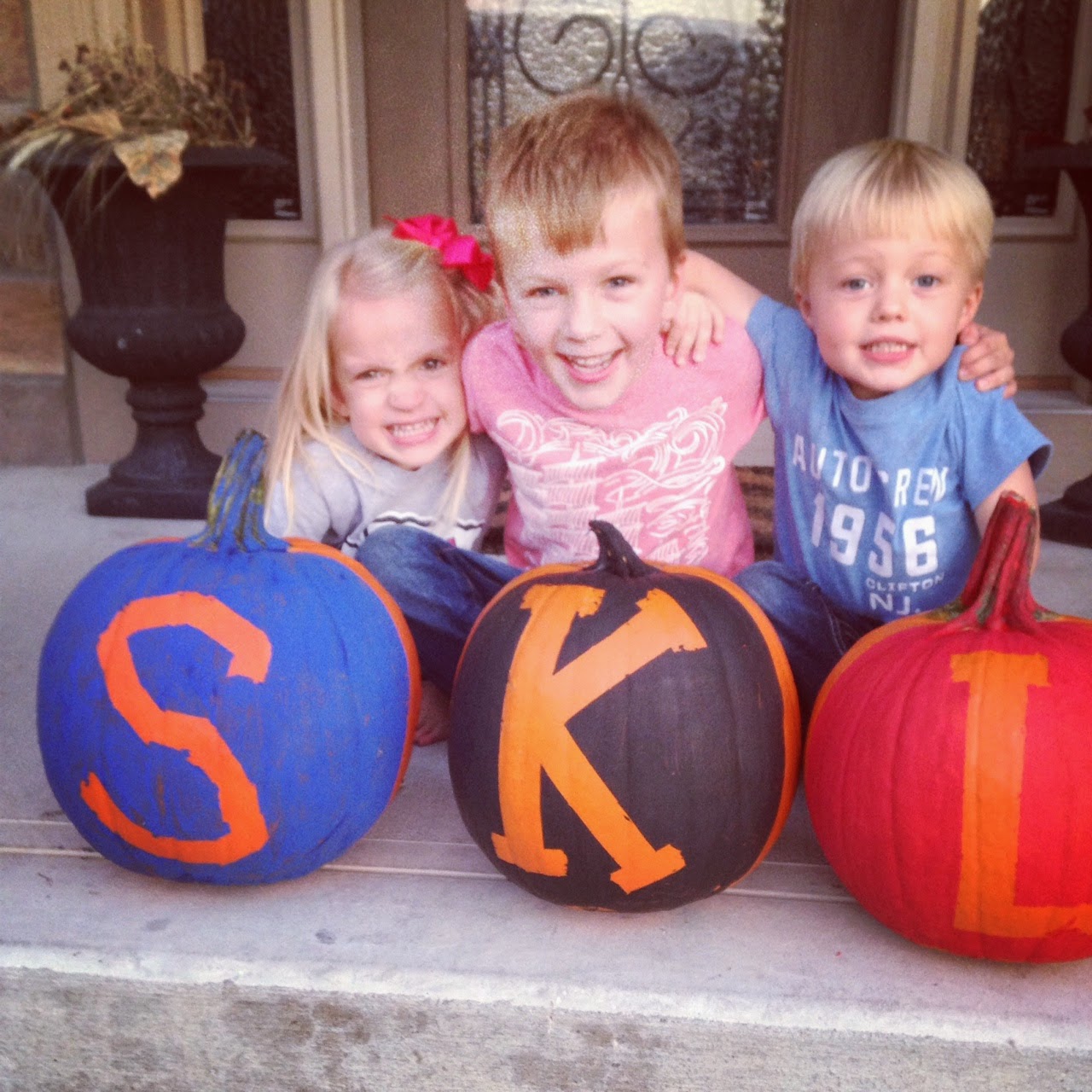