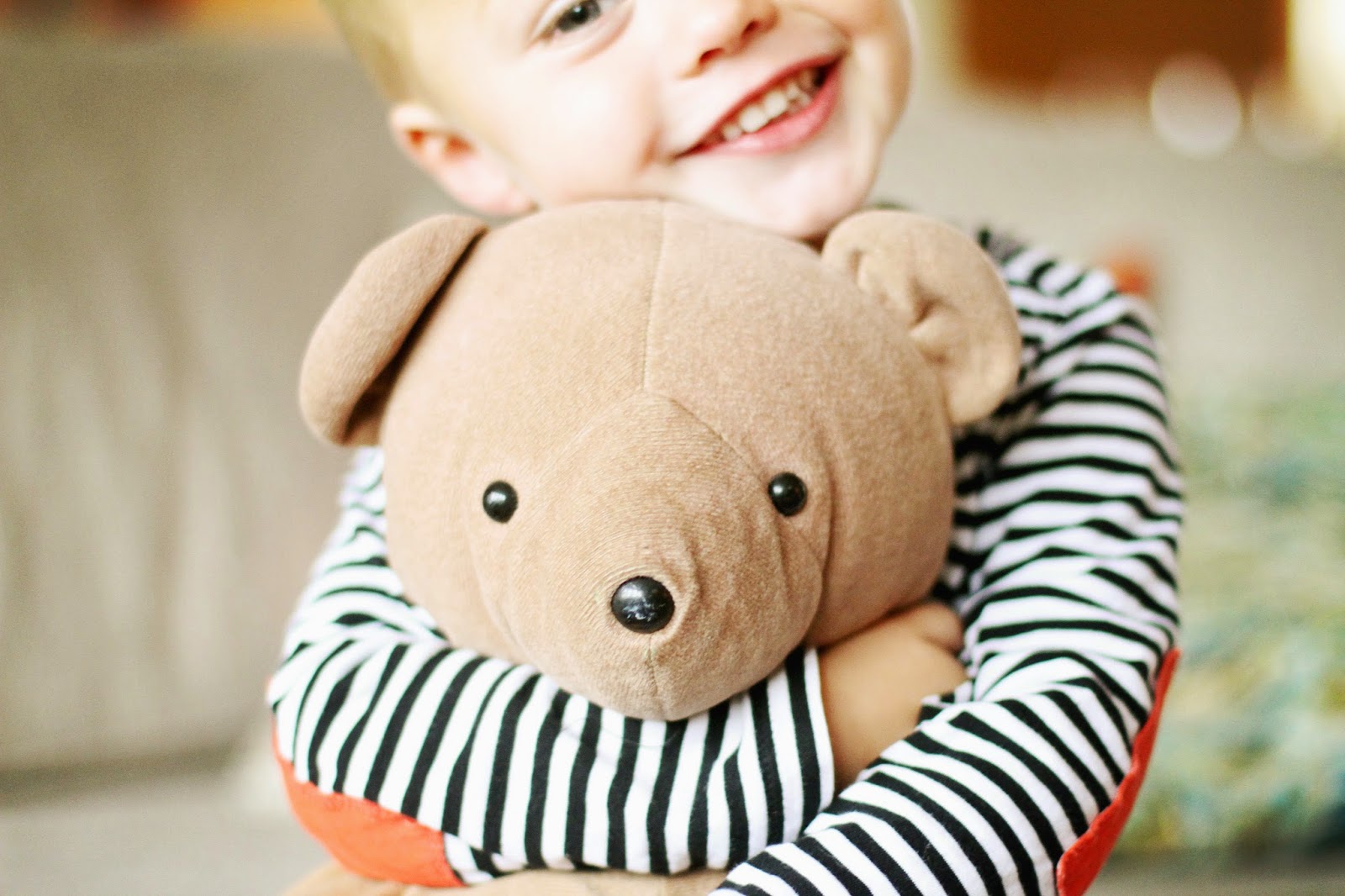 This bear is one special bear but until this past Monday, he wasn't getting much love. You see on Monday, Kaden and Logan stayed with Grammy while Justin and I had a date night at The K--you may have seen us on TV--towards the end of the night Logan announced that he needed to get his friends and came down with this guy. This bear just happened to be Justin's bear when he was about Logan's age & when Grammy told Logan this he named him Daddy Bear. 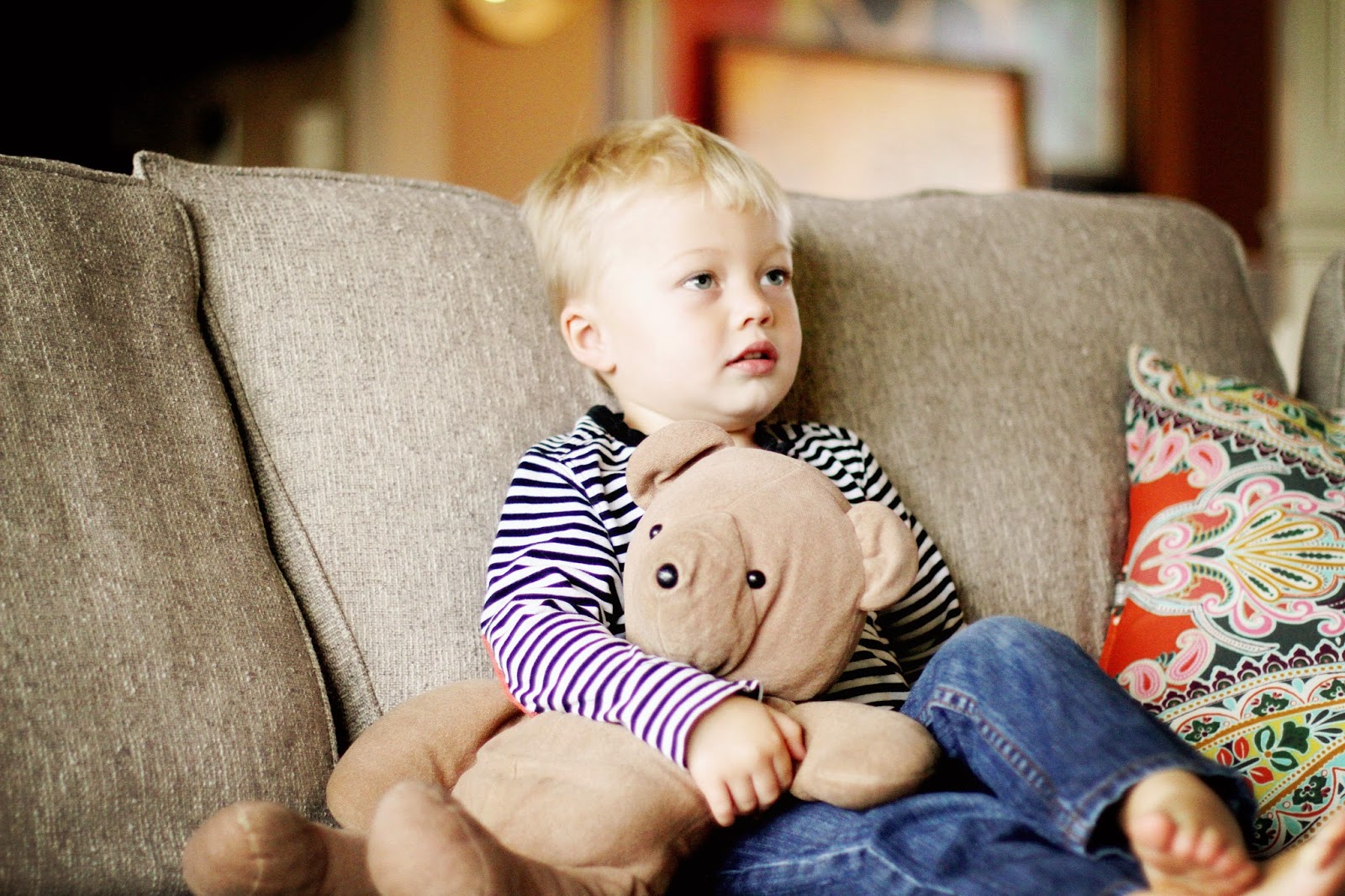 Daddy Bear was given to Justin by his Aunt Barbara and Uncle Charlie when he was little and Grammy held onto him for all these years. & surprisingly, Daddy Bear is in really good shape. Sure he is missing a little stuffing here and there but besides a VERY and I mean VERY small hole, he is intact. 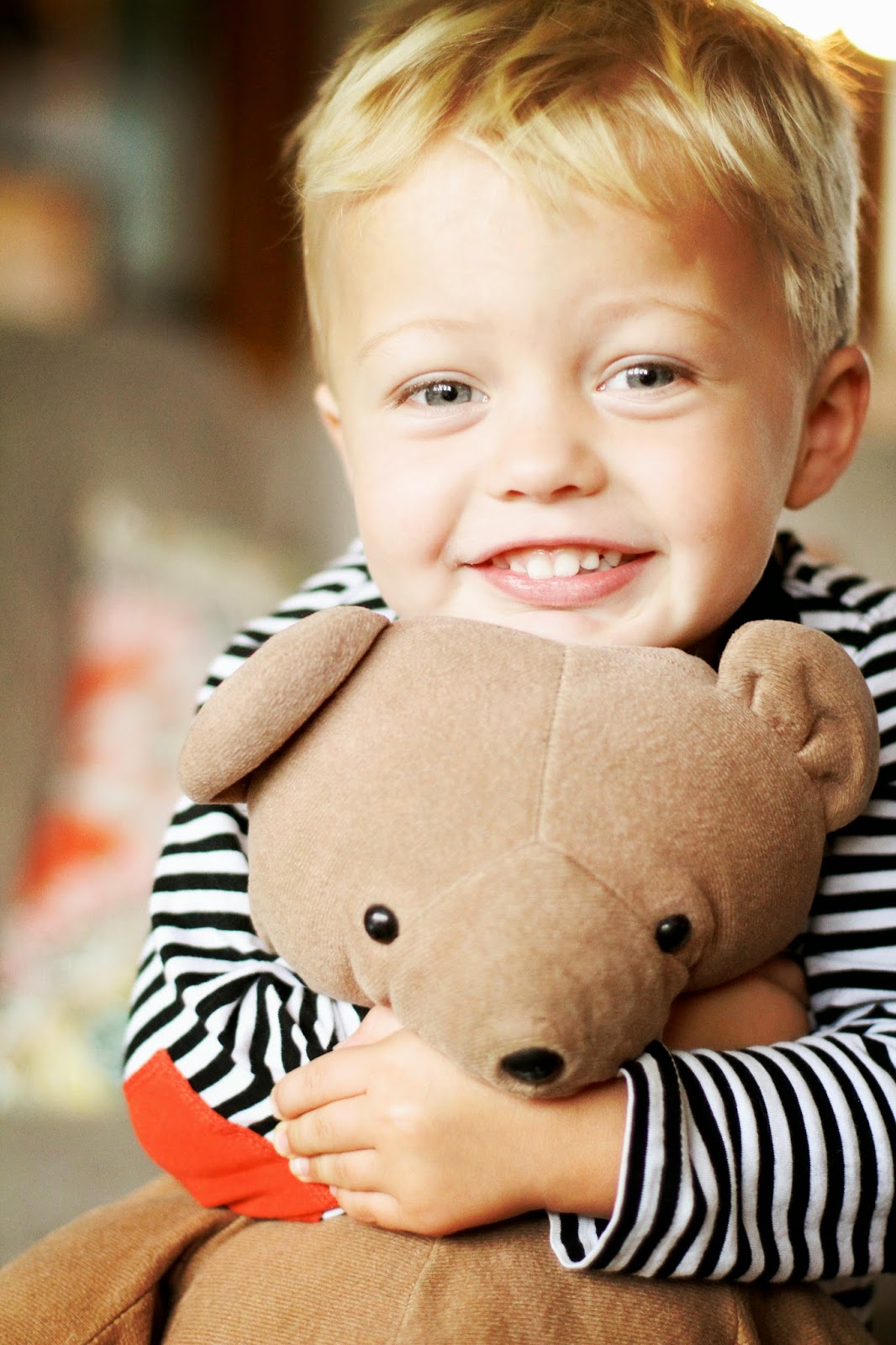 Grammy was a little hesitant to let Logan take him home when he asked at the end of the night but like everyone else, she succumbed to his big blue eyes. She made sure to tell Logan that he had to take really good care of Daddy Bear & Logan instantly looked into Daddy Bear's eyes & said, "Don't worry Daddy Bear, I take real good care of you. You can even sleep with me." & we haven't been able to pry the two of them apart since… 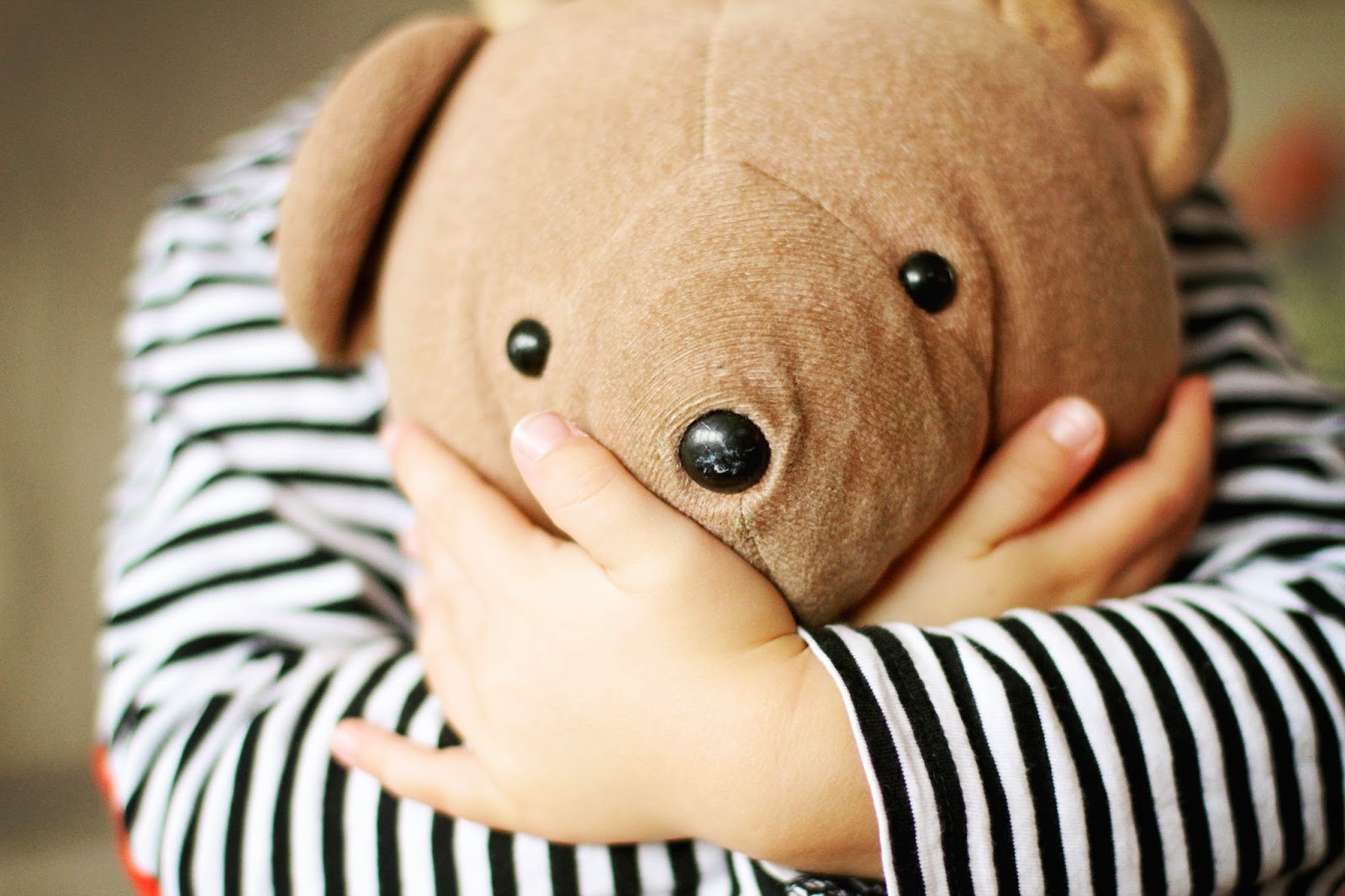 And Daddy Bear got me to thinking, I was already planning on saving their lovies but now I think I may just have to save a few of their favorite stuffed animals too. Kaden's would be his Mickey Mouse and Logan's well that could be his Froggy. Or horse. Or doggy. Depends on the day. 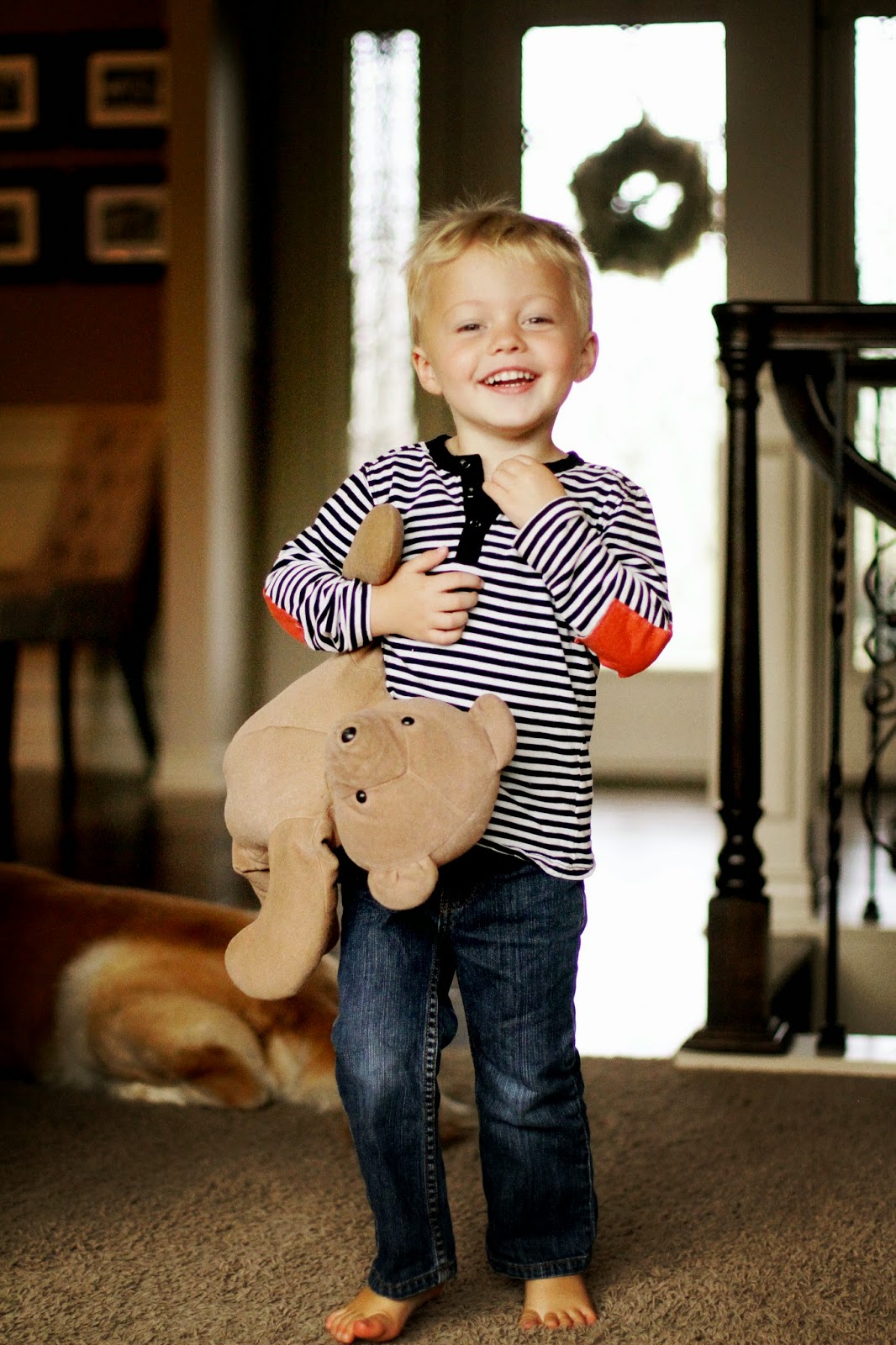