Today was Kaden's 2nd FIRST day of pre-school. Since he is still four and won't be turning 5 for another 10 days he is going to get to enjoy another year of pre-school before having to really GROW-UP and head off to Kindergarten.

& let me tell you, this morning was so different from the 1st FIRST day of pre-school. He walked in like he owned the school. He didn't have any fears. He wasn't shy  & he was totally excited to see his teachers again. 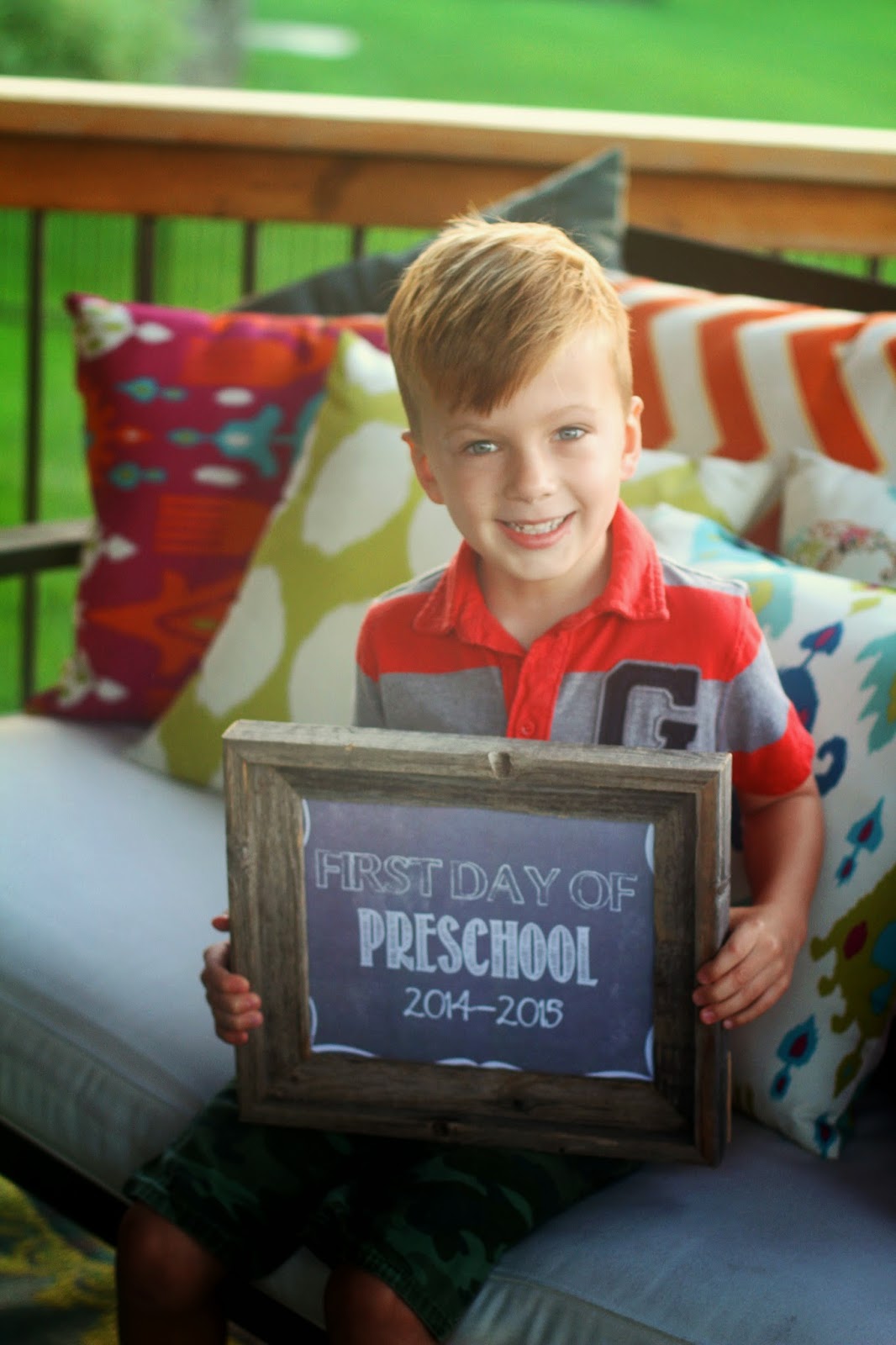 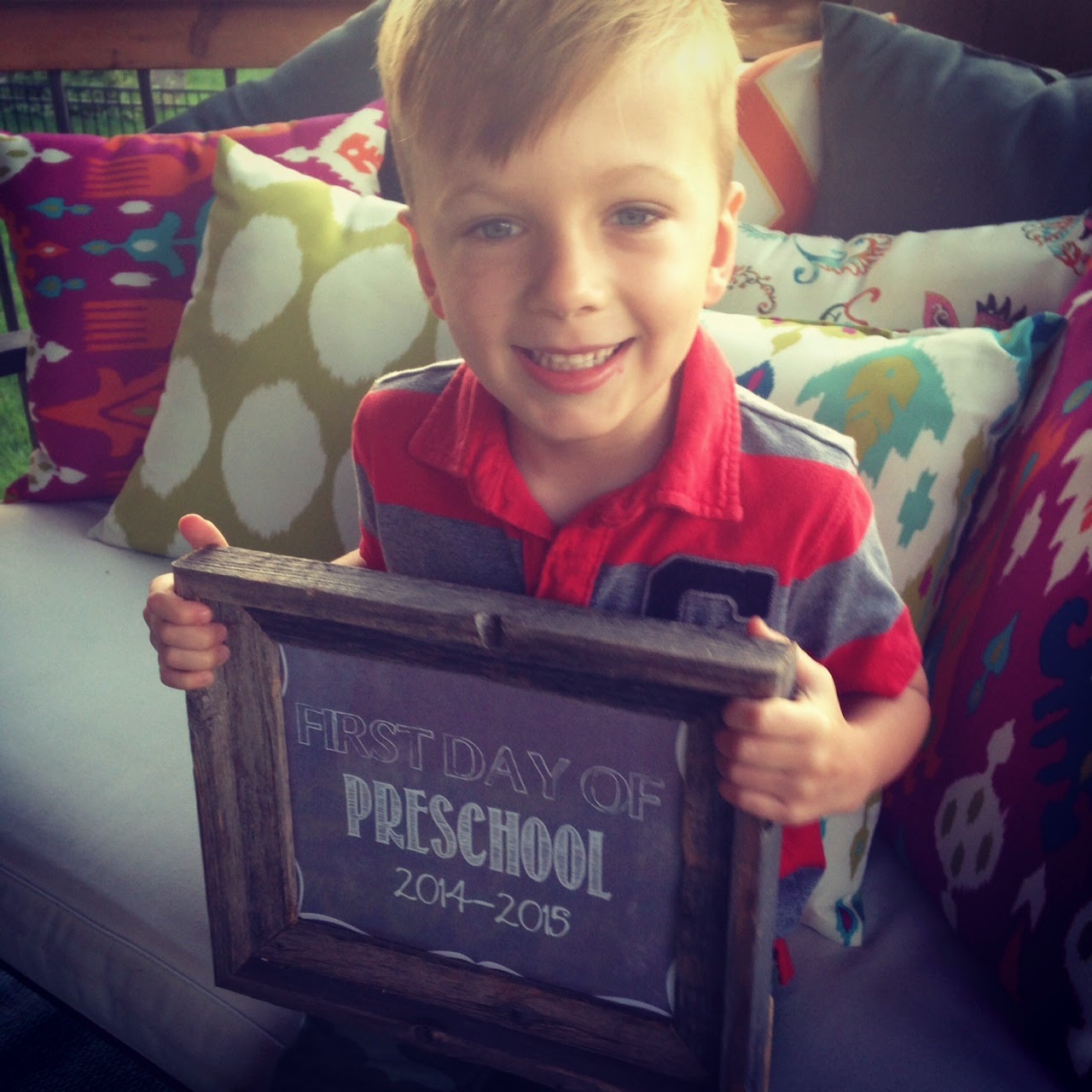 The only thing that threw Kaden for a loop---which girl he was going to play with. I had told him that one of his friend's from Ms. Brenda's was going to be going to his same pre-school and that she would be there this morning. He asked if Sophia (his crush from last school year) was going to be there too. We weren't sure but he was sure hoping. He walked in and there was his friend from daycare & off he went to draw with her. As I was saying my goodbyes to him and Miss L, Sophia walked around the corner & Kaden did a double-take. You could almost see his mind racing & trying to figure out who he was going to play with. Miss L or Sophia. Here he is, not even 5 years old and already trying to figure out how to juggle two girls. Totally his dad's son--kidding--well kind of. When I picked him up from school I asked how it went and who he played with, "I played with both Miss L and Sophia, we all played together Mom. It was a good day."

But he didn't even have to tell me how good of a day it was, his smile said it all. So here's to his last year of pre-school…