For awhile now I have wanted to hang some type of map somewhere in our house. At first it was just a map of the good ole' US of A & I thought the toy room would make a perfect place for it. Then I started seeing maps where people pinned all the places they have been or are wanting to go & let's face it, a map of just the USA wasn't going to cut it anymore since both boys have their passports & have already been out of the country---twice (in a matter of days). Same location but hey, its twice.

I started looking for maps of North America and I thought to myself, geesh Kayla,there is a lot more to this world than just North America. After-all we do have plans to go to Europe for our 10 year anniversary, granted the kids won't be coming with us but we also hope to visit Turkey with the Garrett's and bring the kids along. Plus I would love to make it to Australia & Thailand.  Big dreams, yes. But having them stare at me day in and day out may just make them happen a little faster---so with that in mind, we did the whole WORLD.

I found this Pin on Pinterest & decided to give it a whirl.

I bought two maps off of Amazon for $7.00 total---and I guess there was a reason they were so cheap, Las Vegas is spelled Las Vagas. & why two? My SIL and I were going to do the project together--one for her & one for me.

I then gathered the rest of the materials. Instead of using cork board, I bought sound board at Home Depot. It was $10 for a full sheet and they went ahead and cut 4 24x36 inch pieces for me. I then purchased an open back frame from Hobby Lobby with my 40% discount--and I went with what looks to be the same frame as the Pin, I liked how it added to the antique/vintage feel. I already had the Modge Podge & adhesive spray on hand from previous projects so we were good to go there. 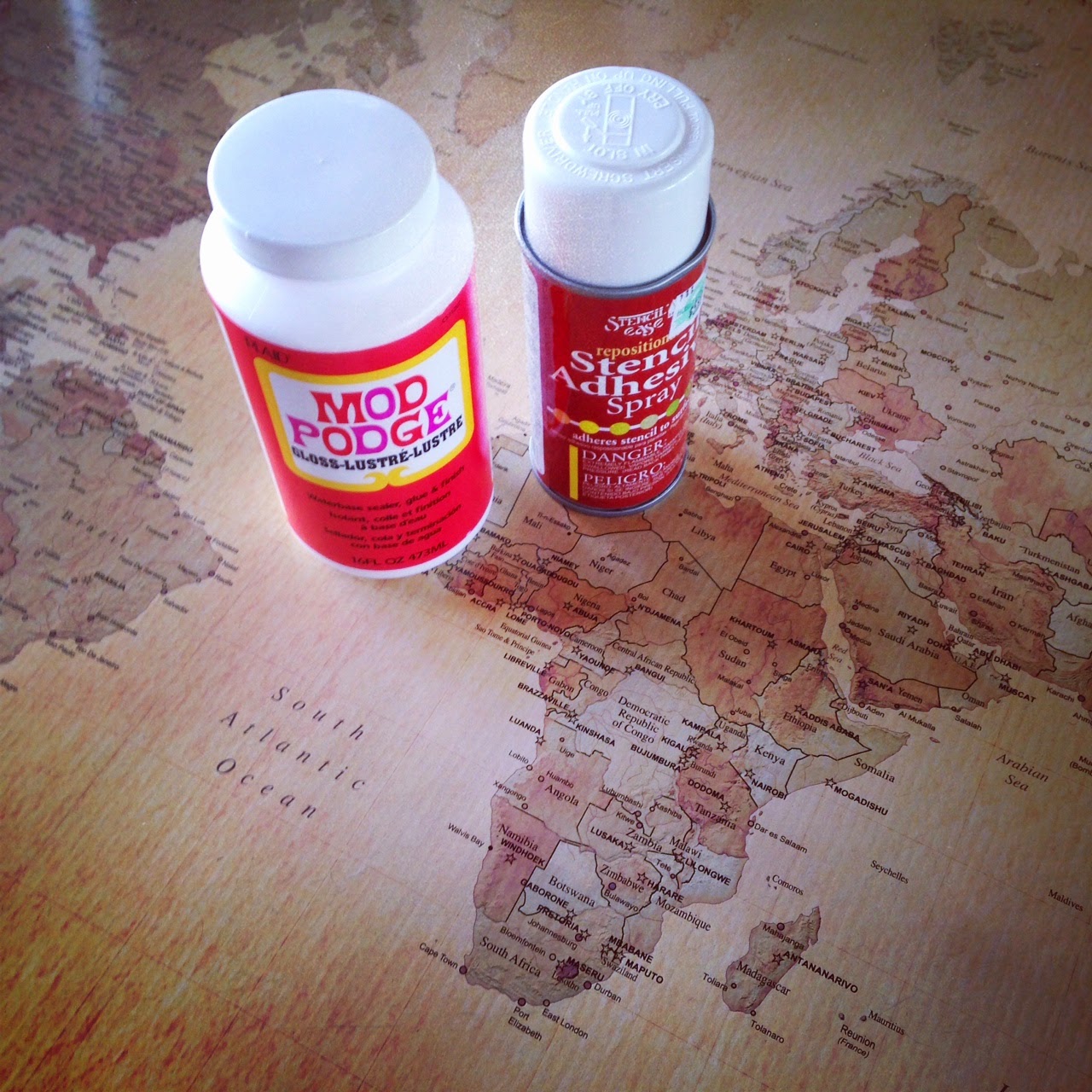 Since we were dealing with adhesive spray we went ahead and fixed up an area in the driveway to ensure proper ventilation. & this is certainly a two person job, not saying it can't be done on your own but when it came to placing the map on the sound board having another person there was clutch. The adhesive was instantly sticky & it allowed us to line up the corners without having to put the map fully down.

& this little project really took no time at all. We spent more time sitting around chatting waiting for the Modge Podge to dry before we could put on a second coat than anything.

& in the end, it didn't turn out half bad. I will admit there are a number of wrinkles on the map due to the Modge Podge but it kind of makes it look like a typography map. Now we just have to find the right place in the house to hang it so you don't get blinded by the wrinkles and the gloss from it. & having read some of the comments after completing the project, I might have went with a different plan of action but for $3 more, I can always give it another shot! 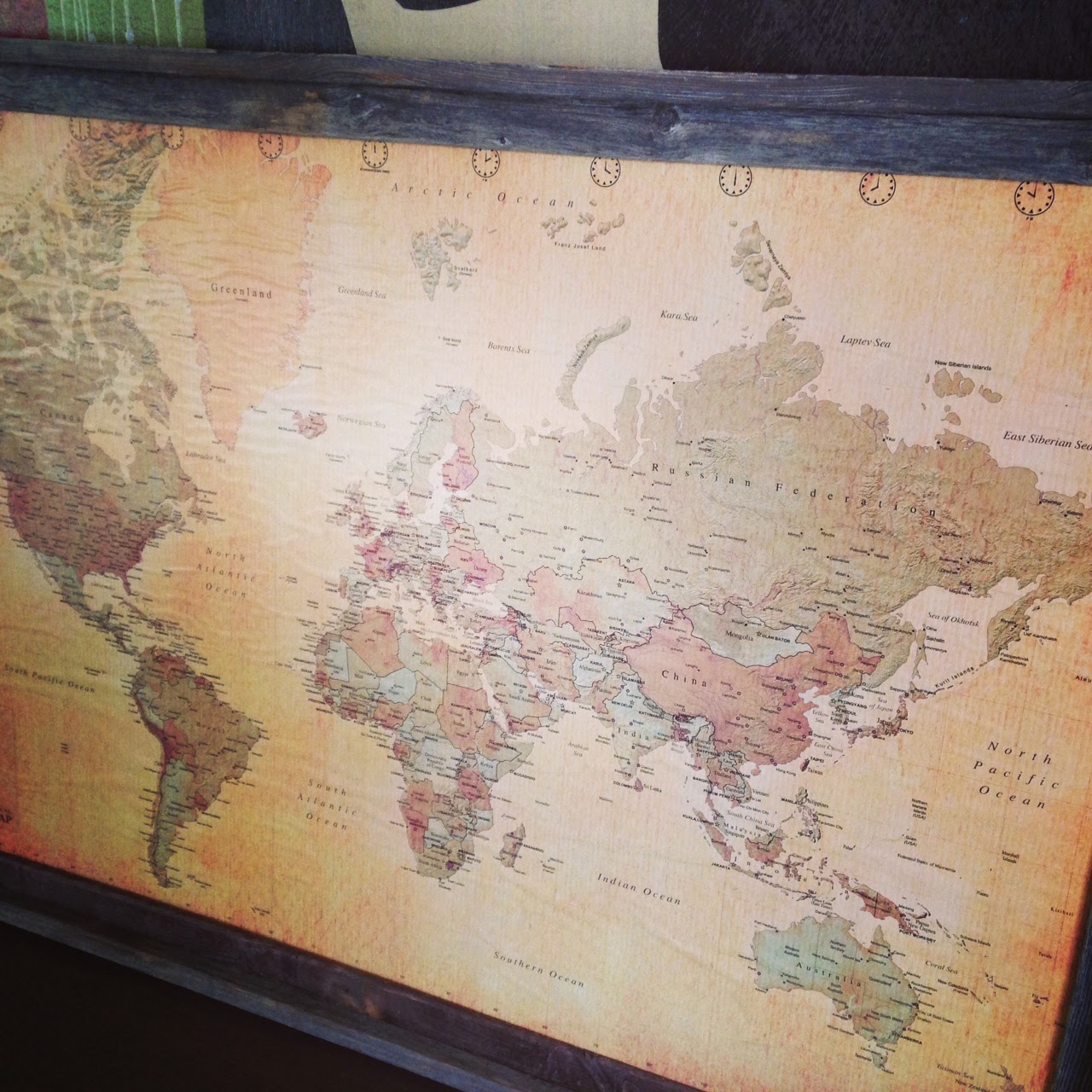