We have been planning this trip since last October and honestly, it kind of snuck up on me. Yes, I knew it was coming. Yes, I was counting down the days but when it came to planning and packing, it was all done pretty last minute. The boys got complete new wardrobes. The confirmation of our condo rental was confirmed the week before & I didn't even get a pedicure. Lots of last minute plans coming together.

This is the 2nd time we have made this trip. Last time was two years ago and we learned a few things.  Like last time, our initial flight was canceled, well moved up which meant our connecting flight would arrive 4 hours too late to catch the plane to St. Martin. We actually flew out a day early to make it all work.

This time around we just planned on going out a day early so we didn't have to worry about that early flight to St. Martin. & the bonus, instead of the kids spending 6 hours on flights, we could break it up and spend 2 hours and 4 hours.

I'll be honest, I want to forget everything about Friday. Logan was great. Kaden was something else. We all know we call him light switch for a reason and it was shining bright on Friday. I actually got up from dinner and took him up to our hotel and put him to bed. 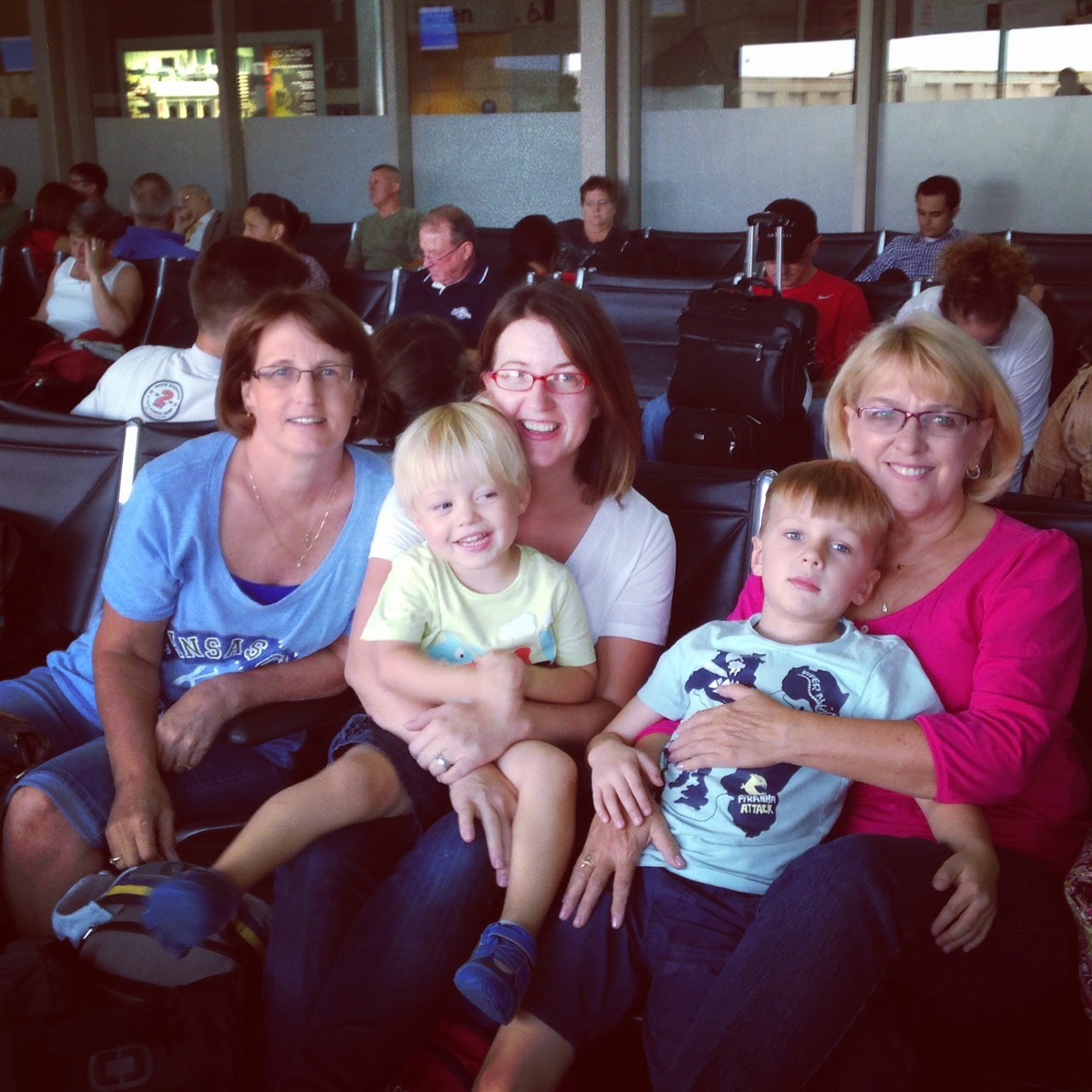 Putting him to bed seemed to work. He woke up Saturday in the best mood. We might have had an early Saturday flight but that wasn't phasing him, he was full of manners and good behavior. Now this was the Kaden that we so dearly love---okay, we love all forms of Kaden but this one we can brag on.

Logan was asleep before we even took off the runway. Not Kaden, he didn't sleep one minute on the flight. He watched Hook---after all he wants to be Captain Hook when he grows up. He played on the iPad with Grammy. He and I put together two Lego Mixels. 4 hours later and we were landing & he was still smiling and still using manners. At one point he was sitting across the isle and I just looked at him in amazement at how big he looked--hard to believe he is turning 5 in just a few short days.

We landed & bonus day had begun. What's bonus day you ask? It's when you arrive at your destination---St. Martin in our case---early enough to enjoy happy hour on the beach! The boys were begging to go straight to the beach and Grandma Sara and Grammy happily jumped at the chance to let their feet touch the ocean. Papa Tom and Justin ran to the store. I unpacked. & then we all headed to the beach.

By the time I decided that we needed to capture the first day picture, my mom had already taken Logan back to the house--per his request. & my picture cropped out not only my dad but my MIL too. It was at least a good try! 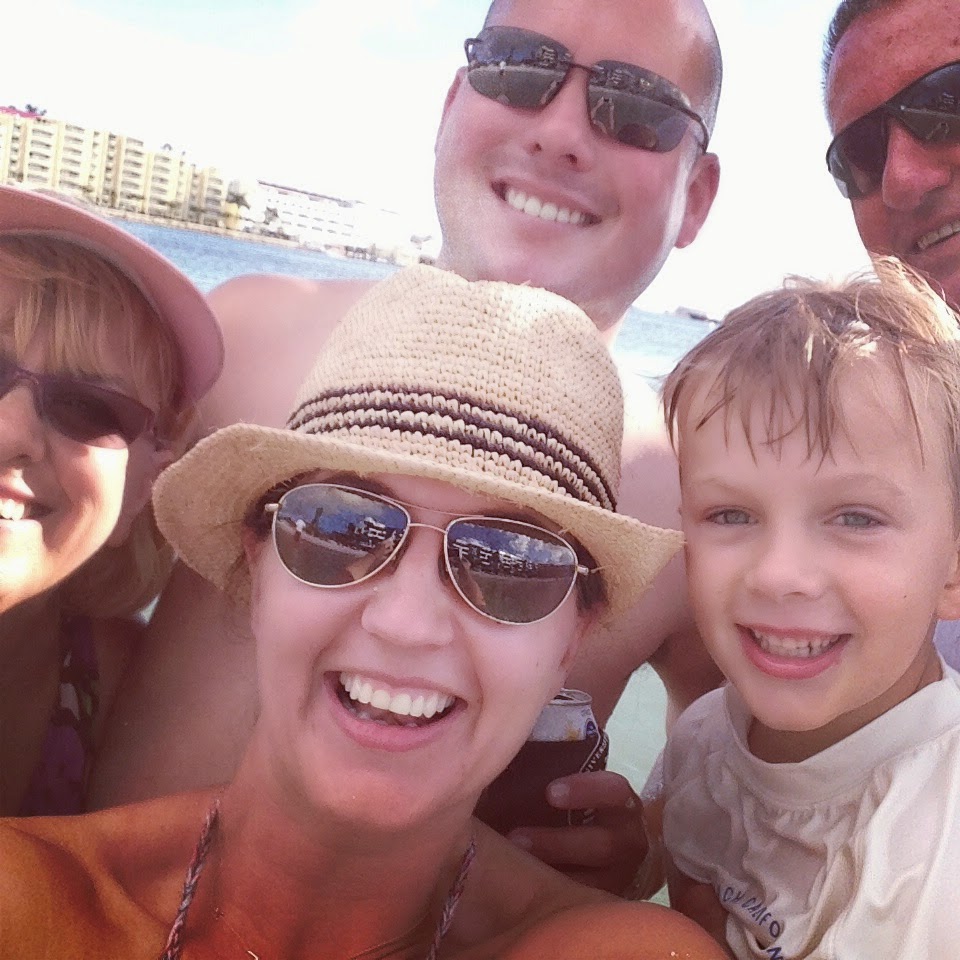 But the day didn't end with the beach--we still had dinner to go & we made our way across the street to Lee's Grill. We ate here last time and you know, its nice to see that some things stay the same. On that very first night lobster was had. 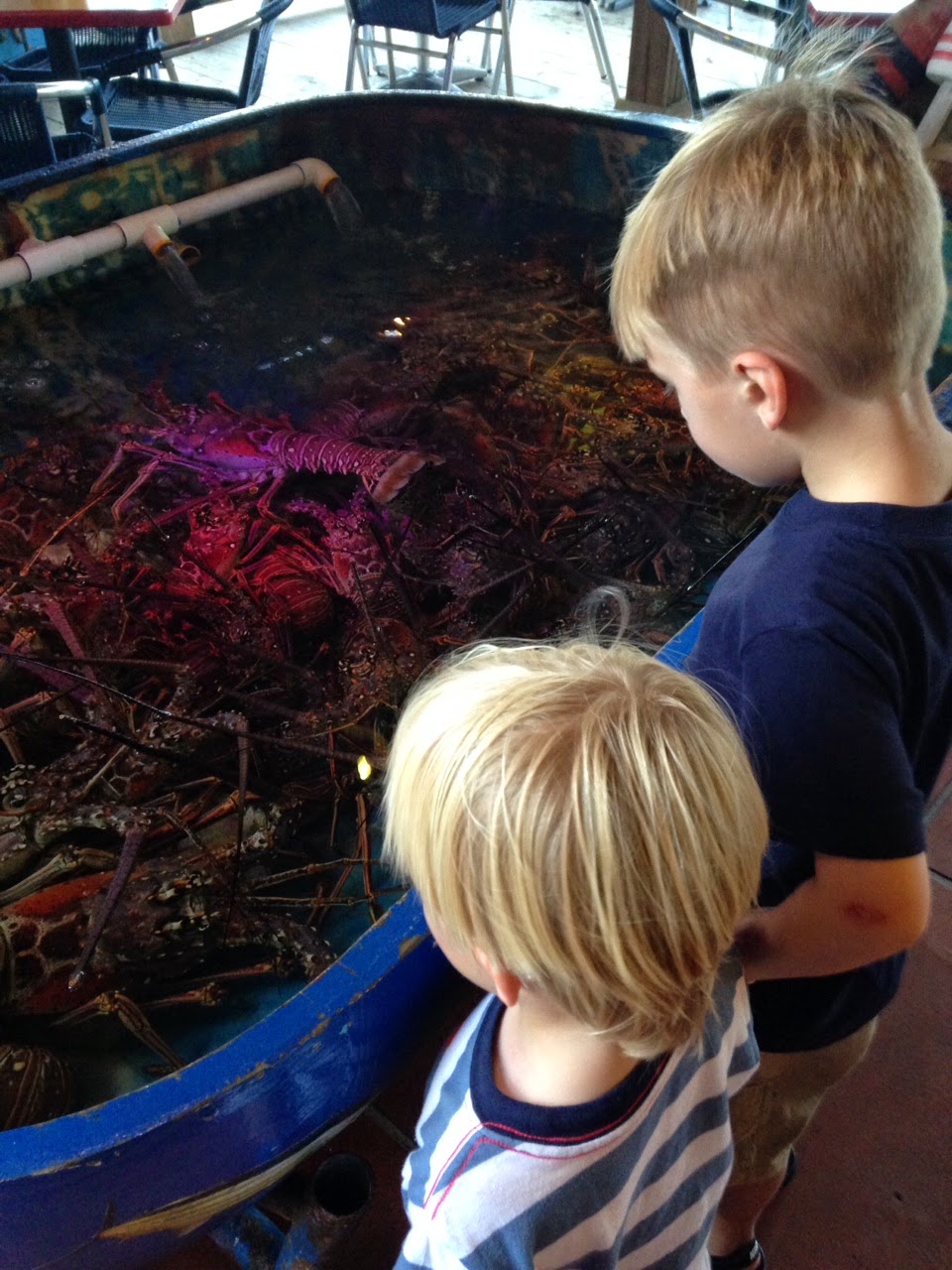 Janet and Justin picked out their very own lobster & so did my mom and dad. In total over 8 pounds of lobster. 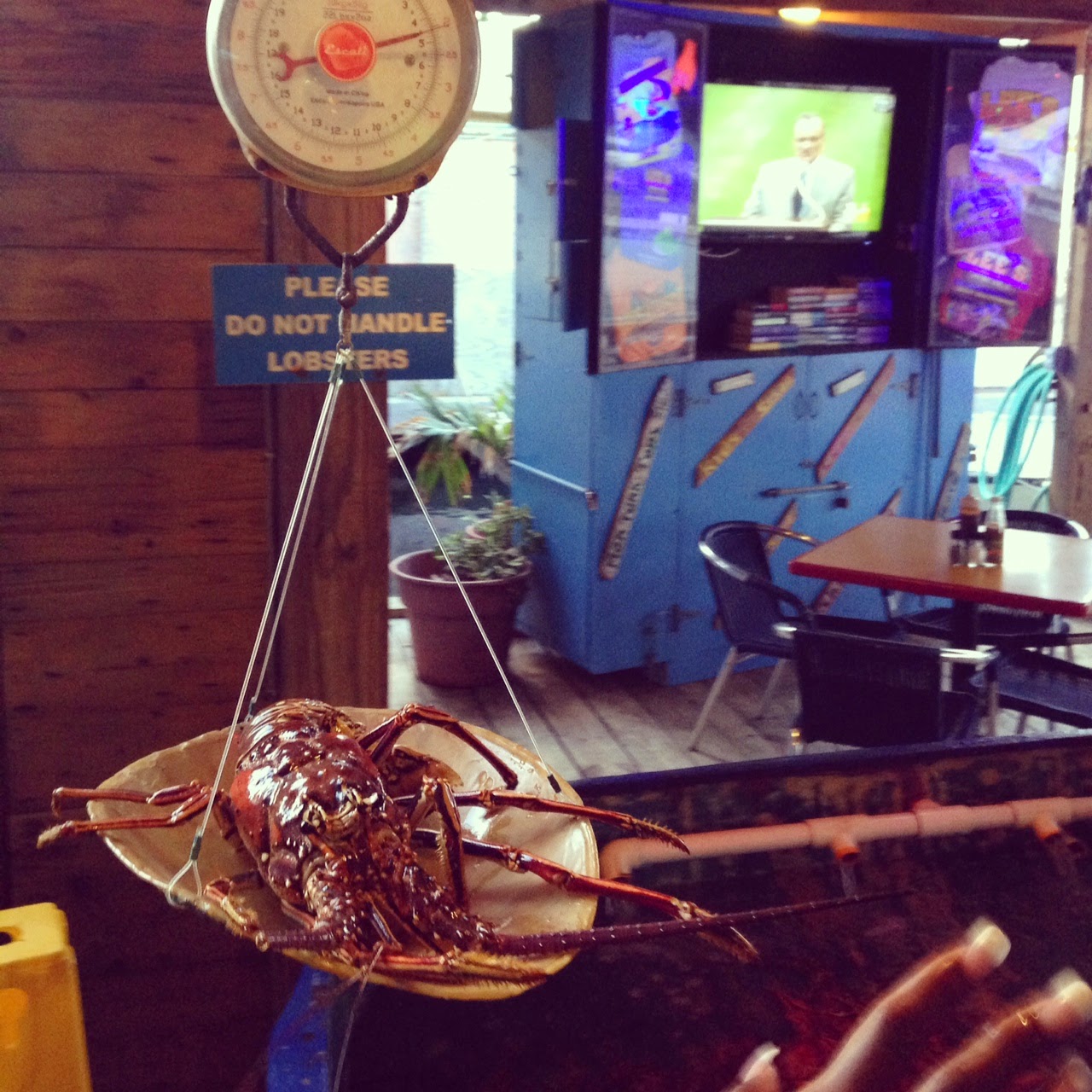 It was fresh. & from what I heard--and tasted--it was pretty good too. 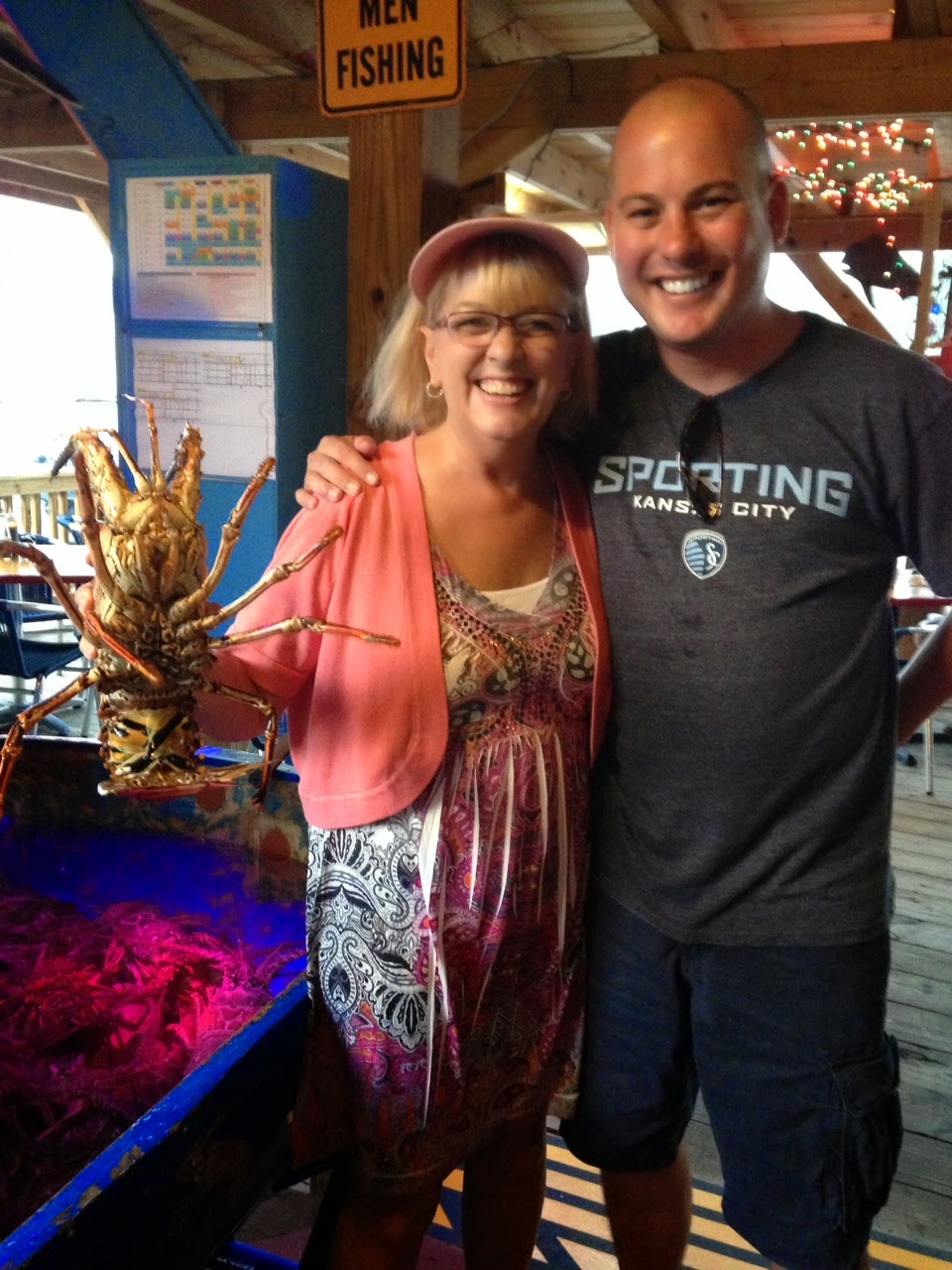 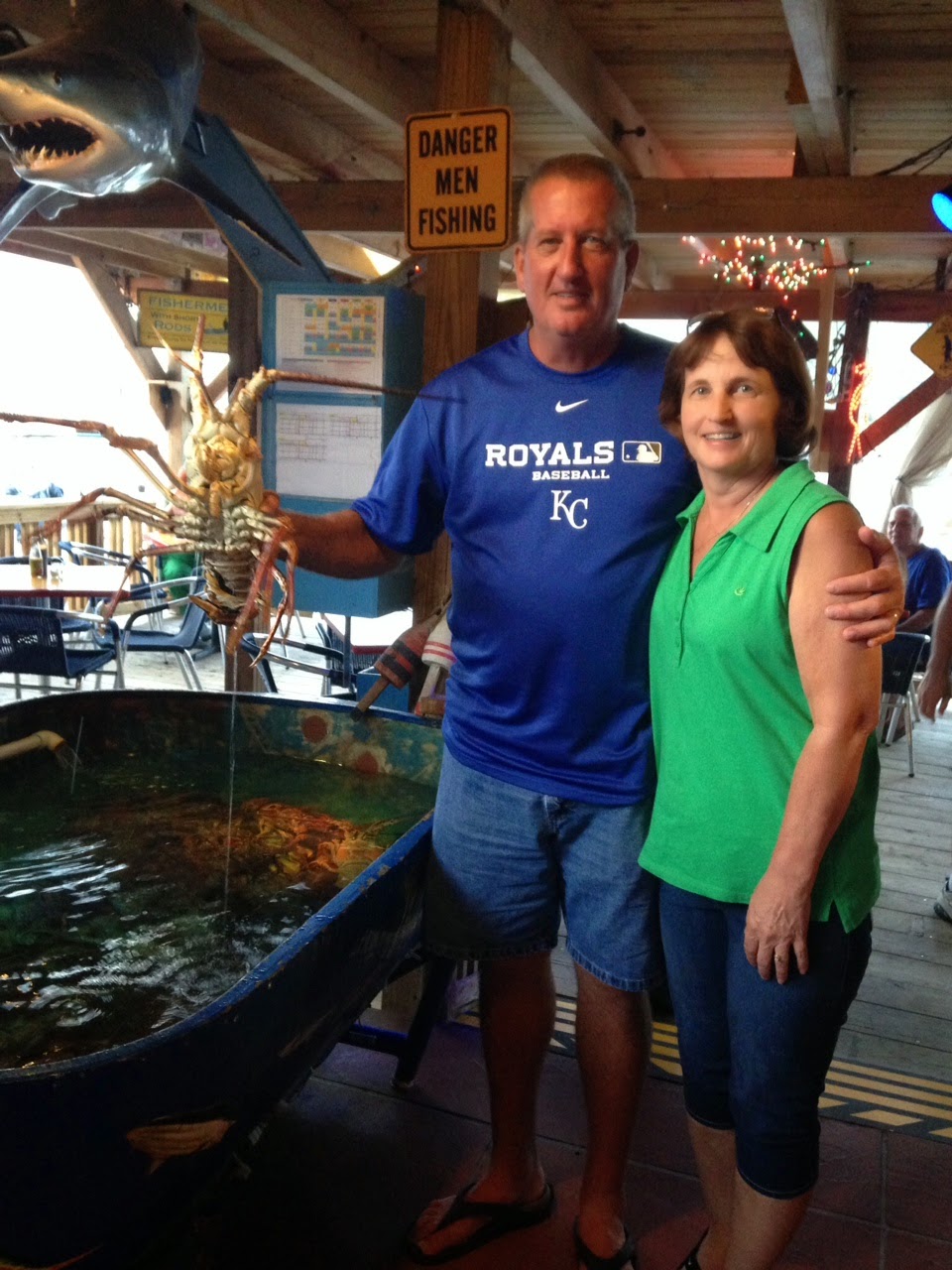 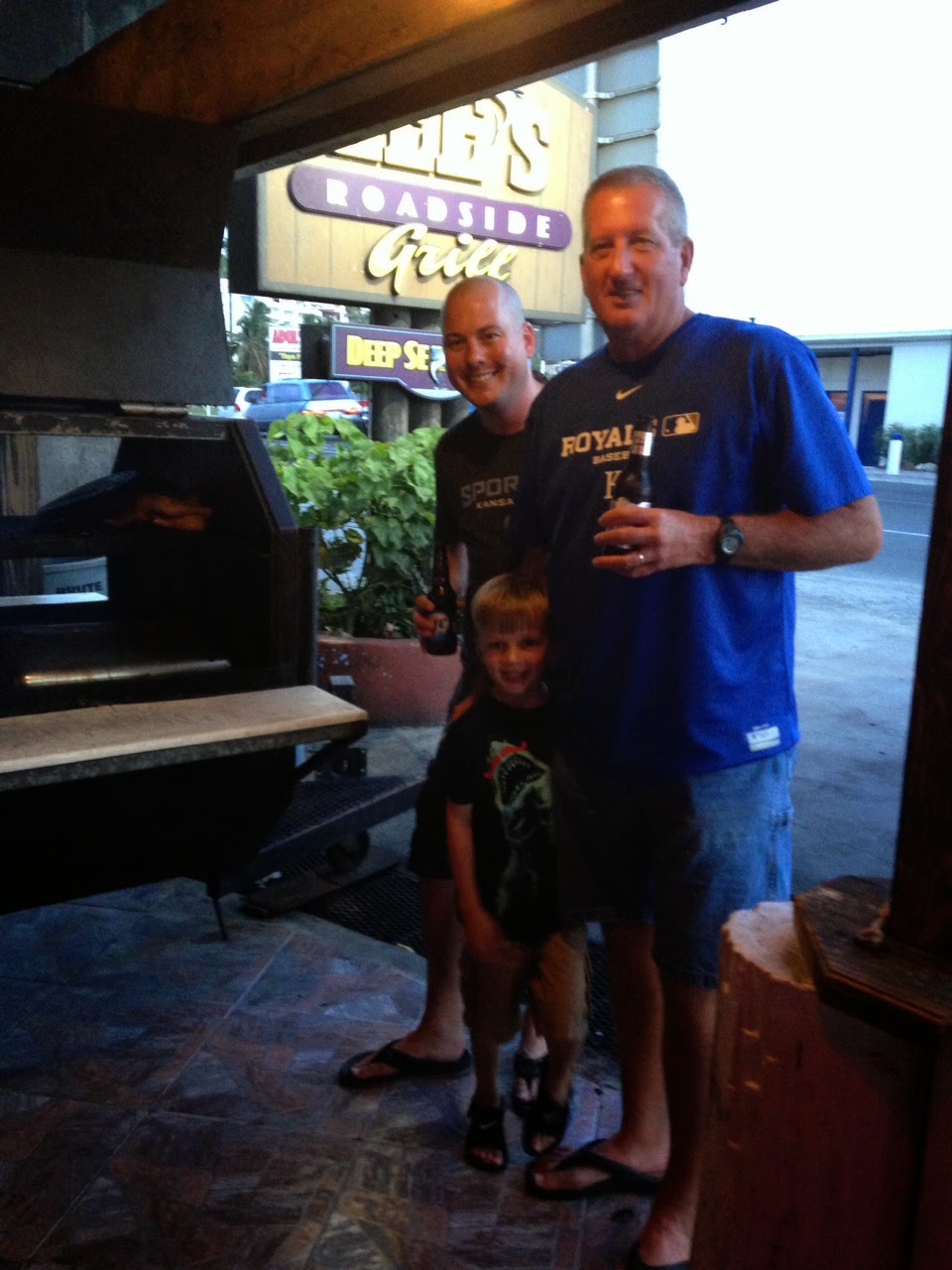 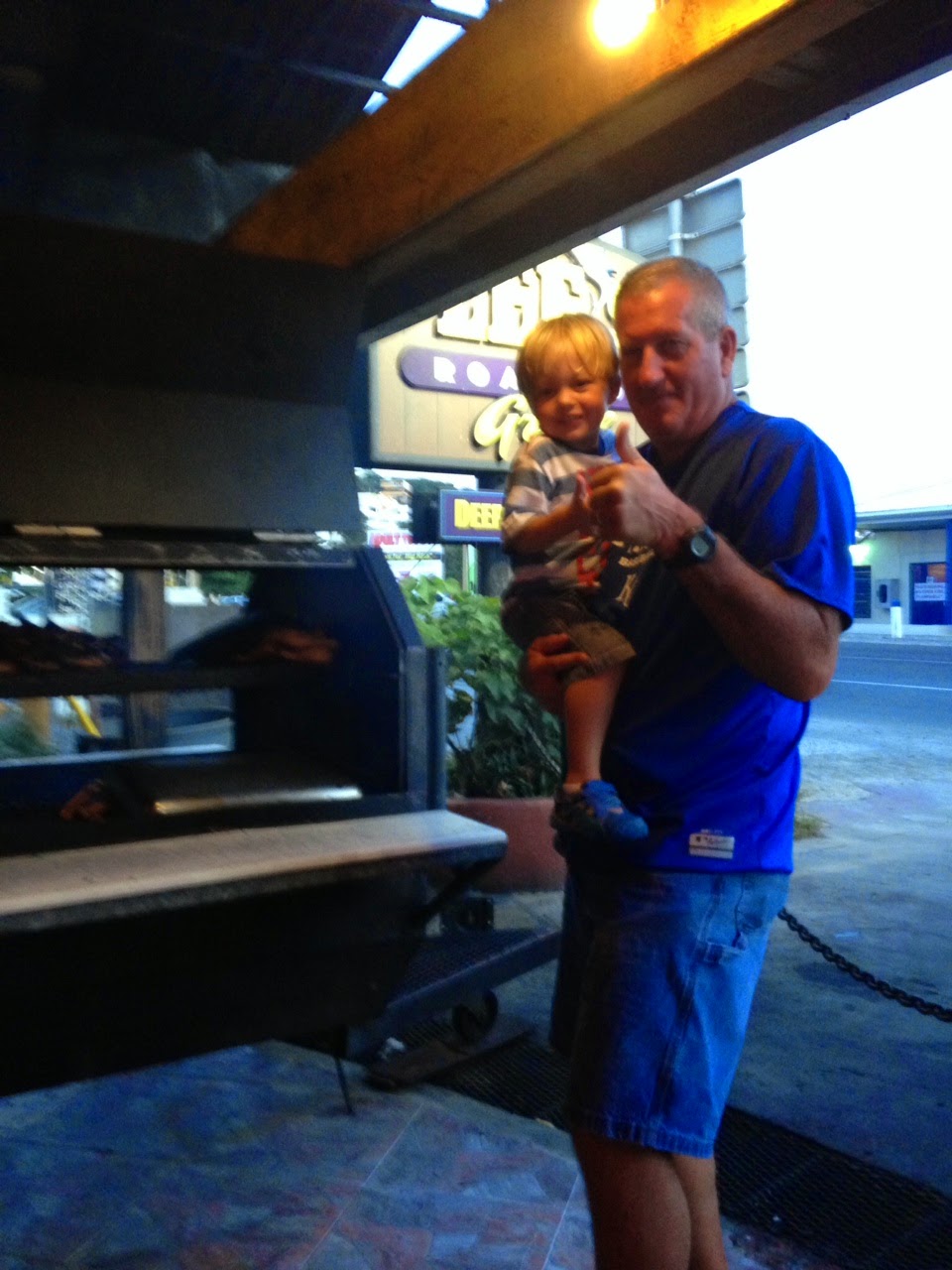 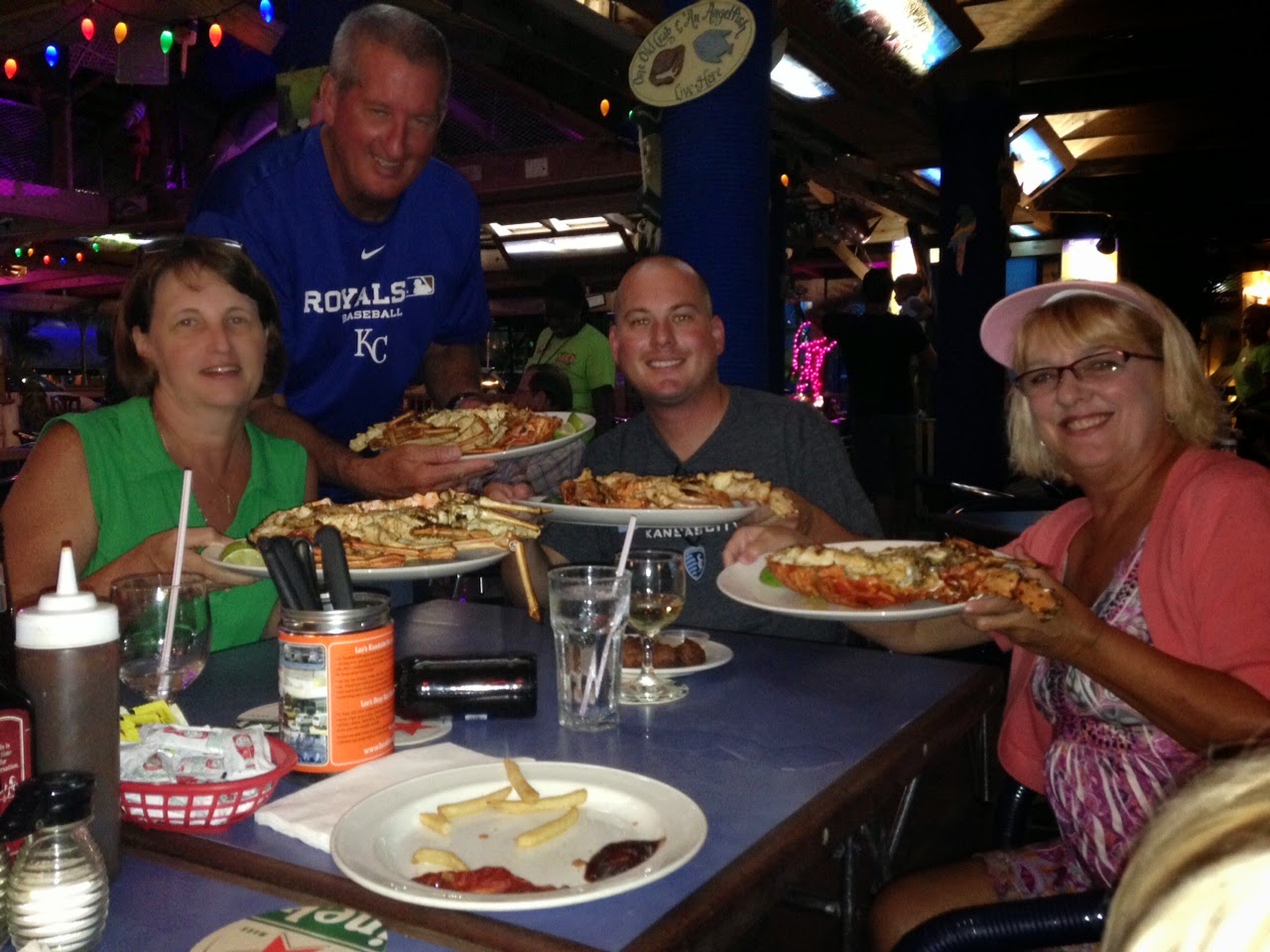