Over the weekend Justin was watching one of his shows, a cooking show called The Kitchen. We caught it the weekend before and they had some very interesting and MIND BLOWING camping tricks when it came to cooking your dinner over the campfire. If we were campers, we would be trying each and every one of them. But we're not.

This past weekend though they had a kid-friendly segment where they incorporated dinosaurs into summertime fun. There was one that immediately caught our eyes & since we already had a number of dinosaurs on hand from Logan's 2nd birthday we figured we would give it a try. Not to mention, my mom and dad had just delivered two bags of fresh corn to us the night before. Yes, I said FRESH!

I pulled out our stash of dinosaurs and picked out two that were identical---didn't want to deal with the "I want that one." and the "No, I want it." or the "Mom, Kaden took my dinosaur!" Identical. Dinosaurs. The only way to go.

I made sure they were hallow and then I had Justin cut them in half. 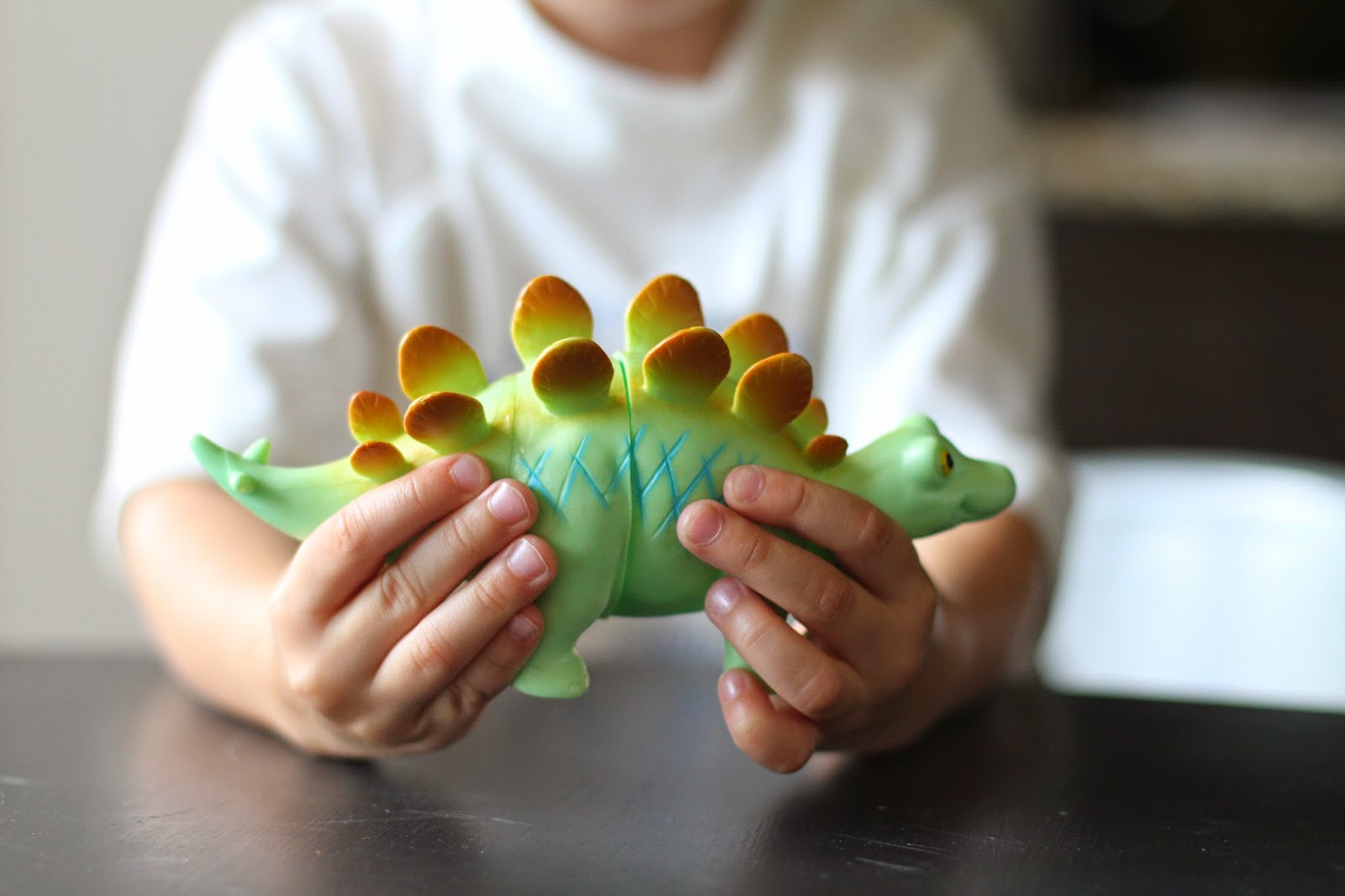 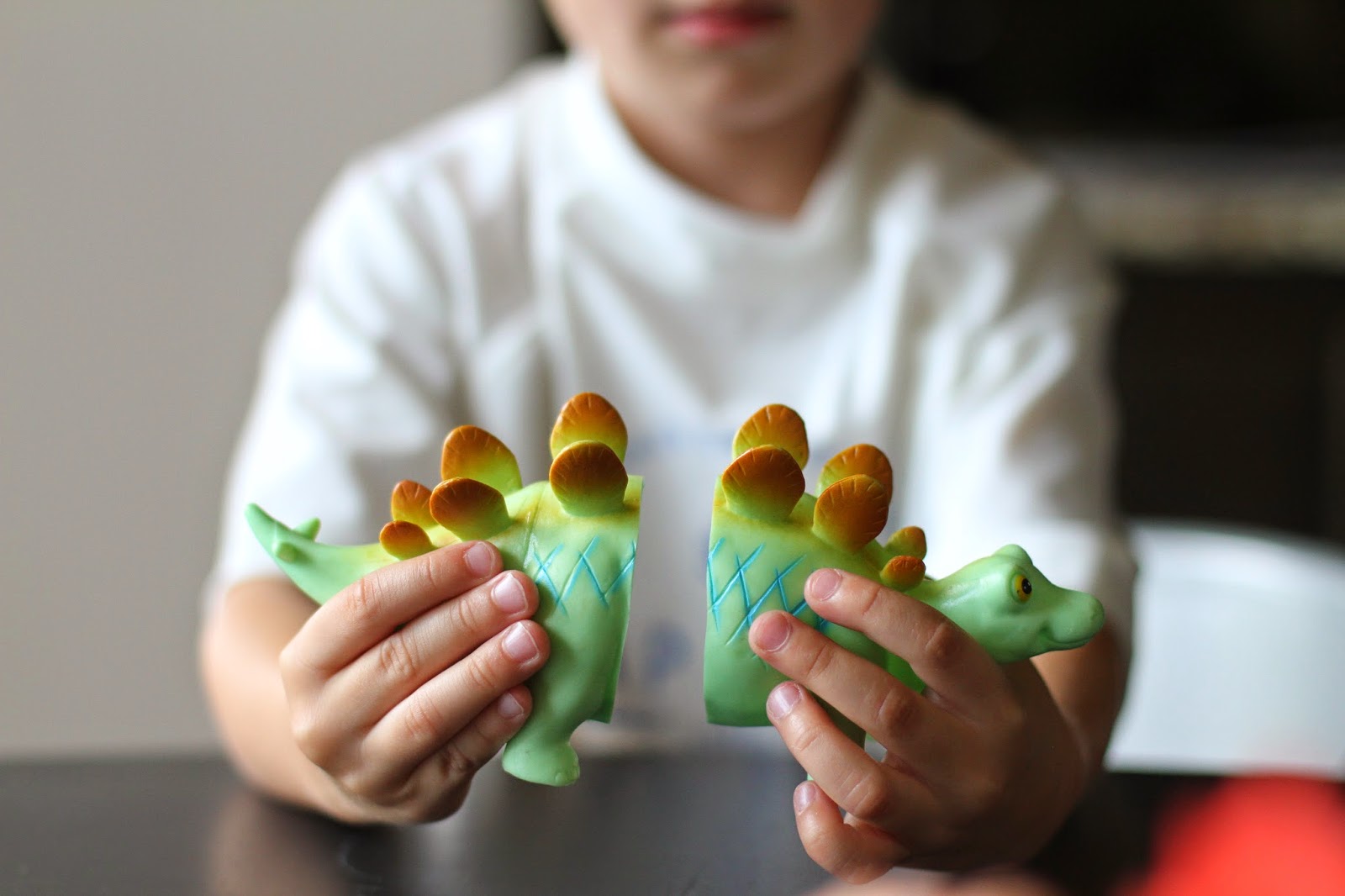 I took a hot glue gun, glued a bouncy ball inside the dinosaur (just to take up some additional room) & then glued the corn holder in place. & that was it. 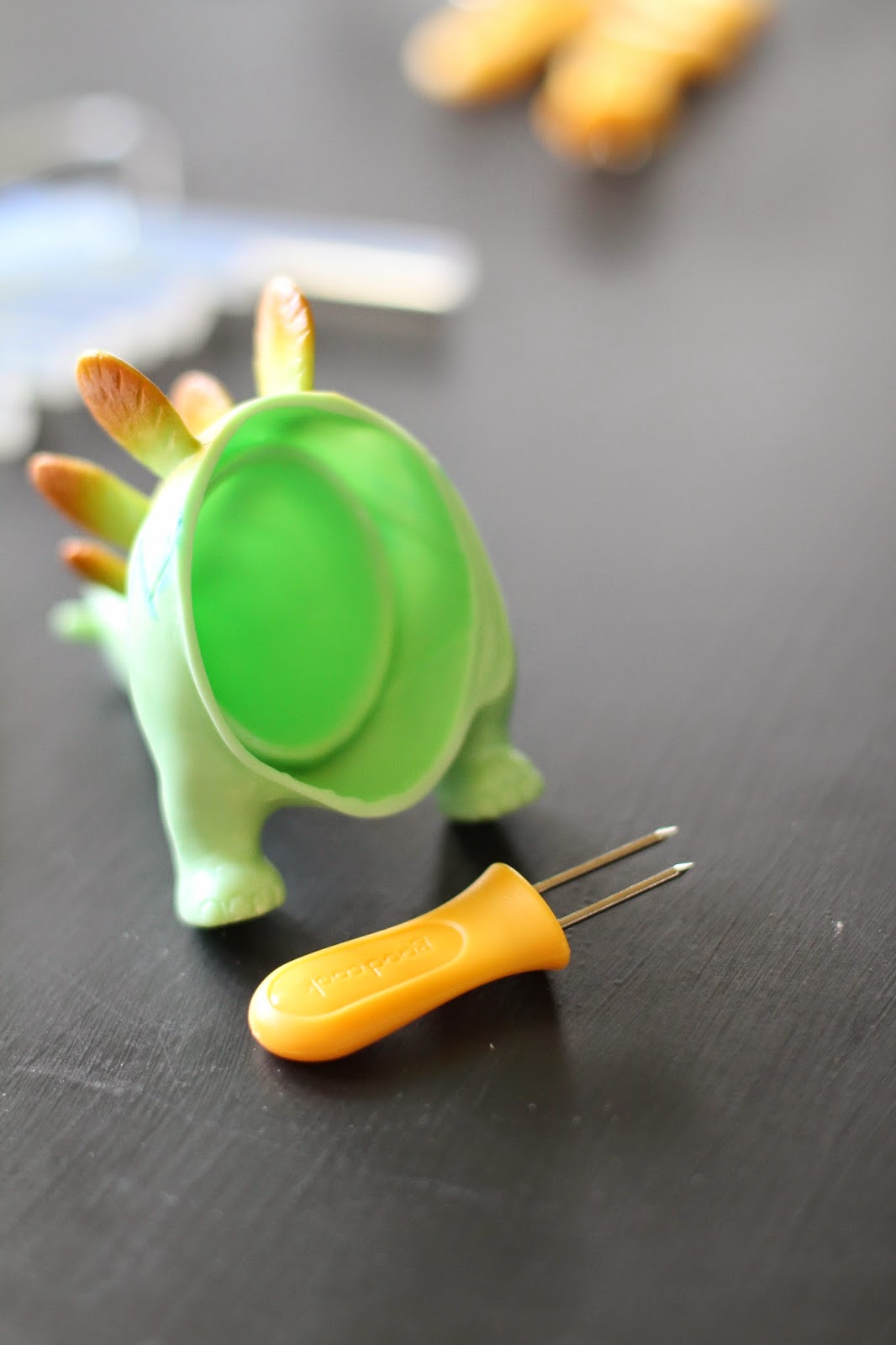 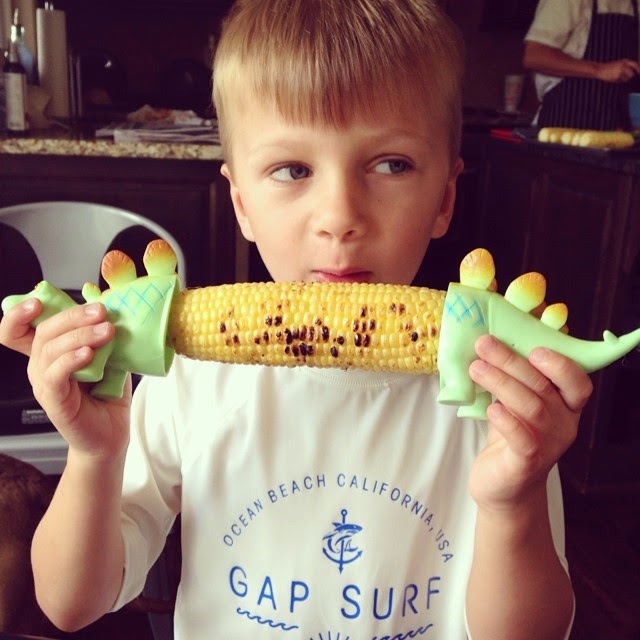