Every year Grammy Janet buys the boys a 4th of July shirt from Old Navy---thankfully us bigger kids have out grown this yearly tradition!

& every year I like to do a little photo shoot with the boys in their shirts. They weren't in the best of moods and didn't cooperate at all like I had hoped but it happens.

Before the photo shoot we went and had dinner at Jalapenos in Brickside & while I was away from the table my biggest little man ordered me a tea & I quote or should I say, & Justin quotes:

I guess Justin just stared at him in awe for a moment, such a sweet, sweet kid.

After dinner was over we headed to the Merriam Farmers Market where Merriam places one American flag after another and fills the grounds. I wanted to capture them here with all the flags but like I said, they weren't as cooperative as I would have liked and this is about as good as it got… 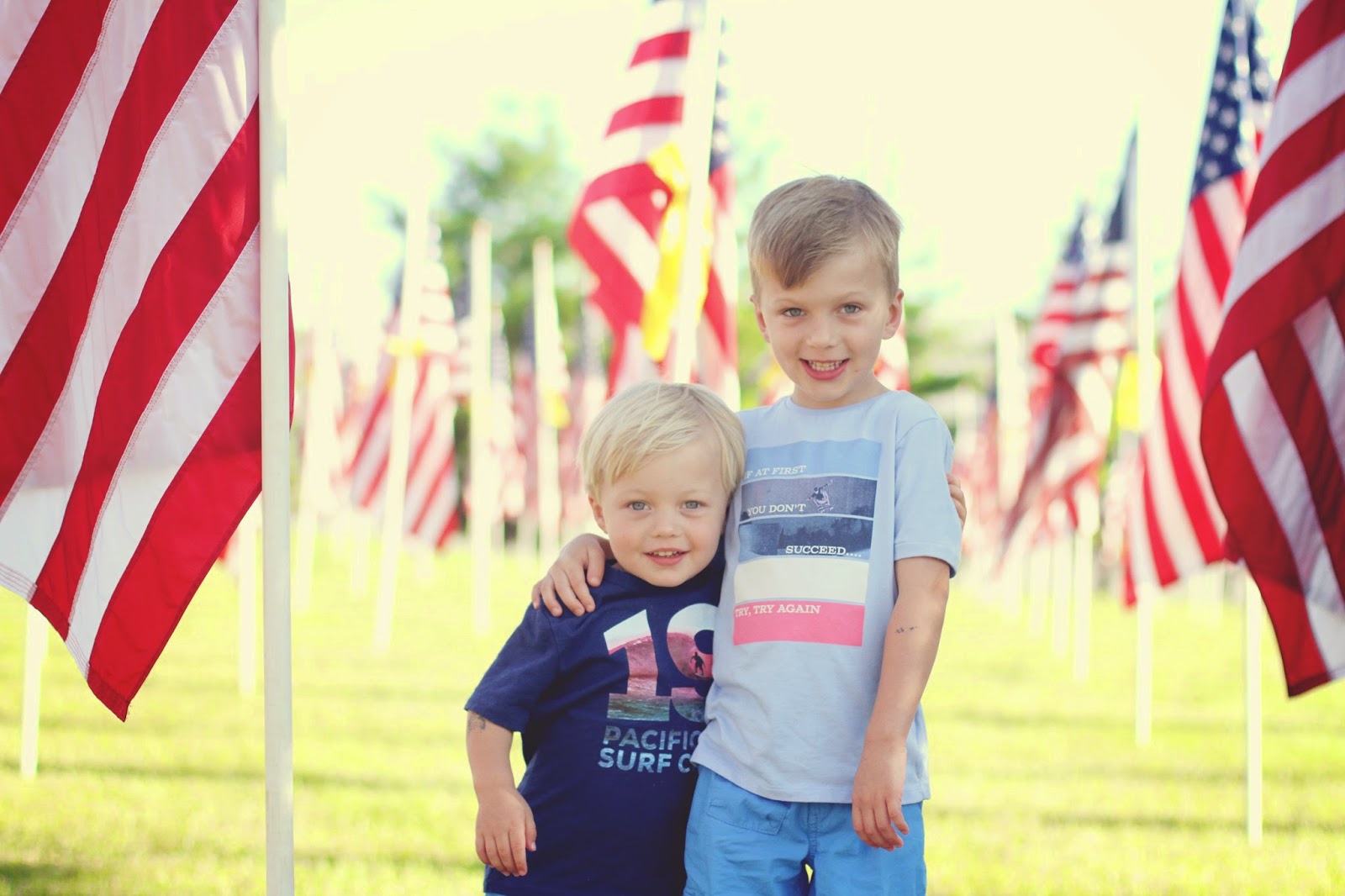 Somehow I managed to convince the boys and Justin for one last stop at a park that had a little creek. We took some pictures on the bridge and shockingly the boys followed me into the creek. I might not have gotten "the shot" BUT I can't get over how much I love seeing Kaden helping Logan make his way to me. You know these may just be better than getting the perfect shot of the two of them looking at me with perfect sun flare. 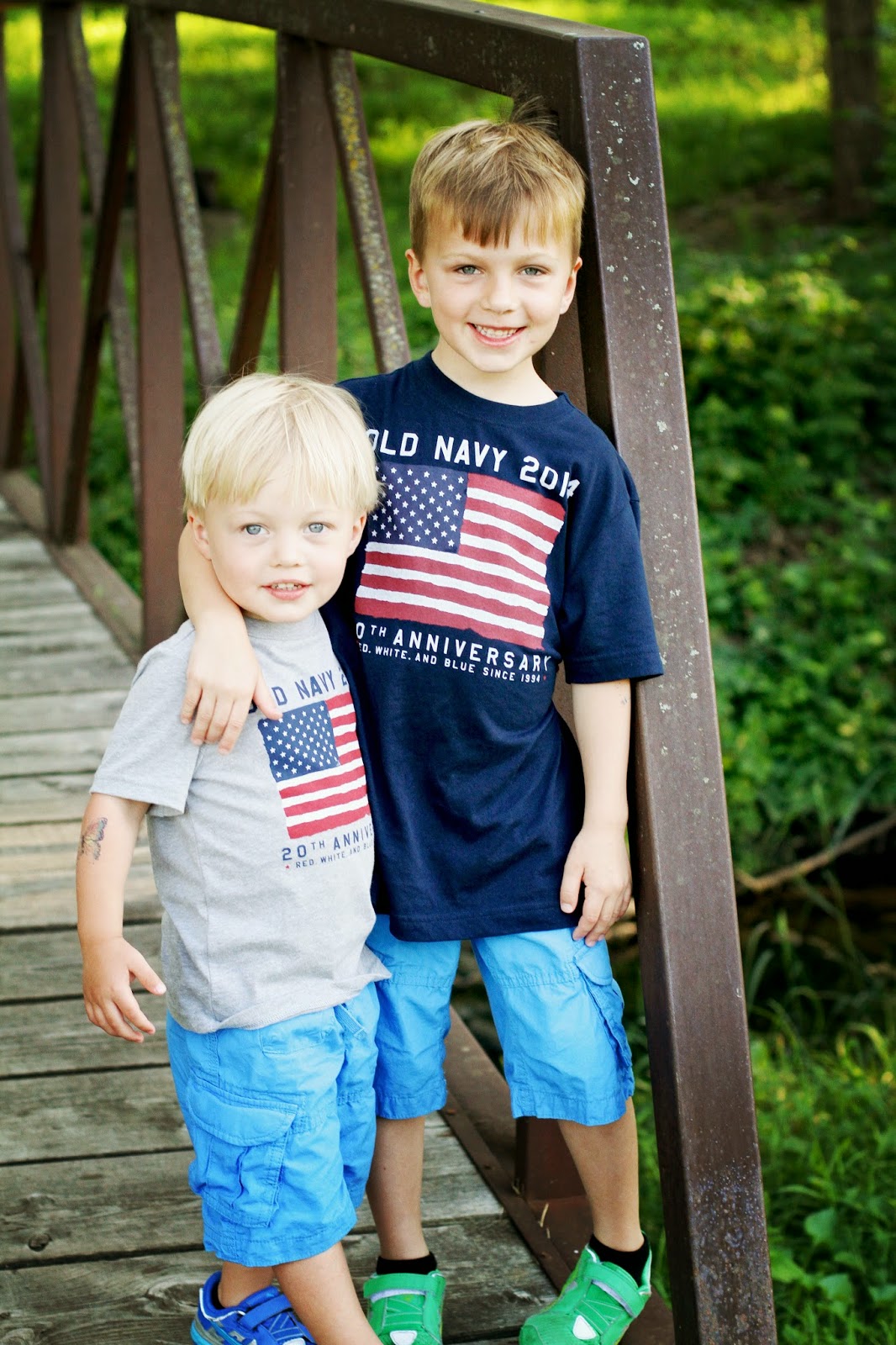 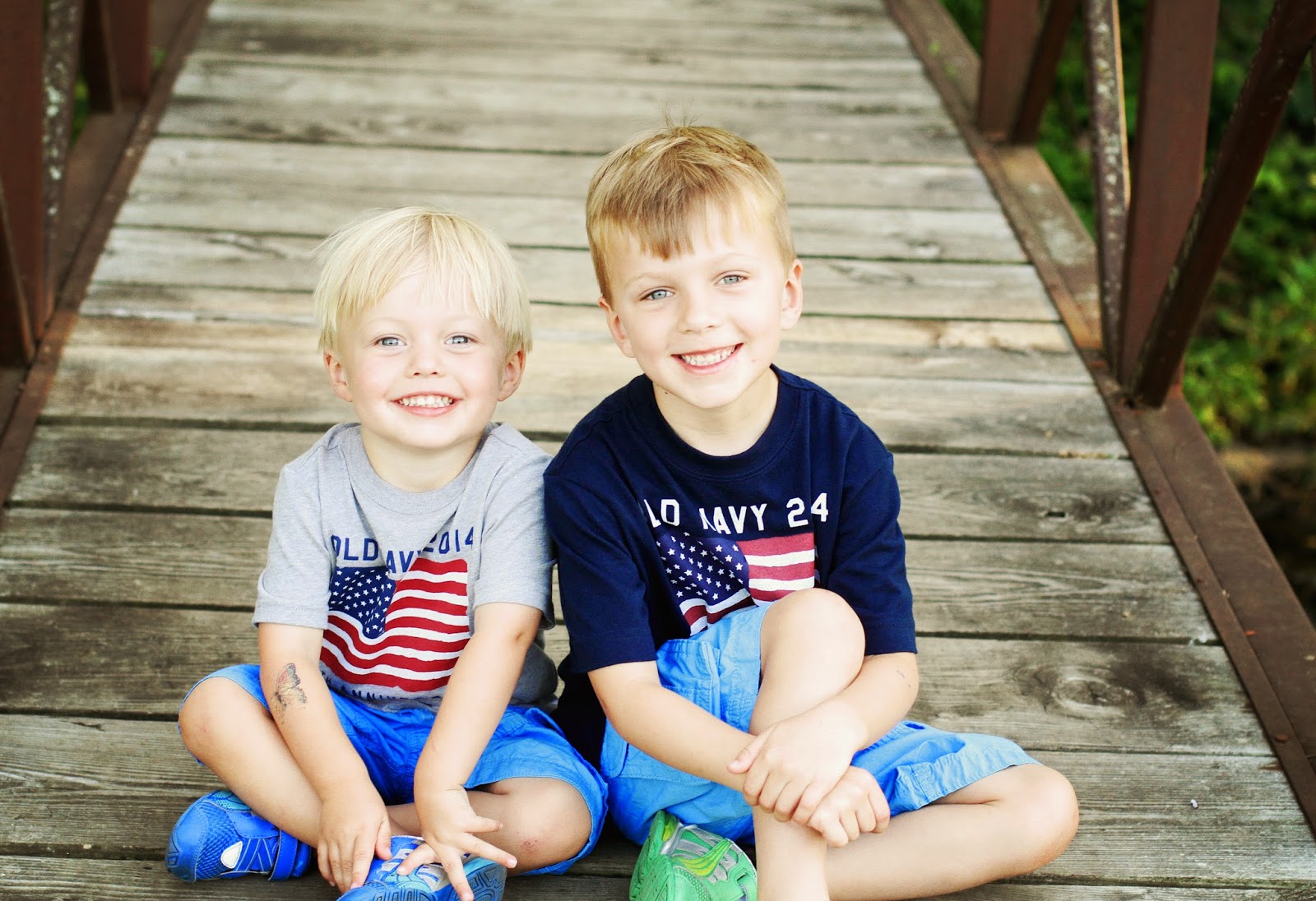 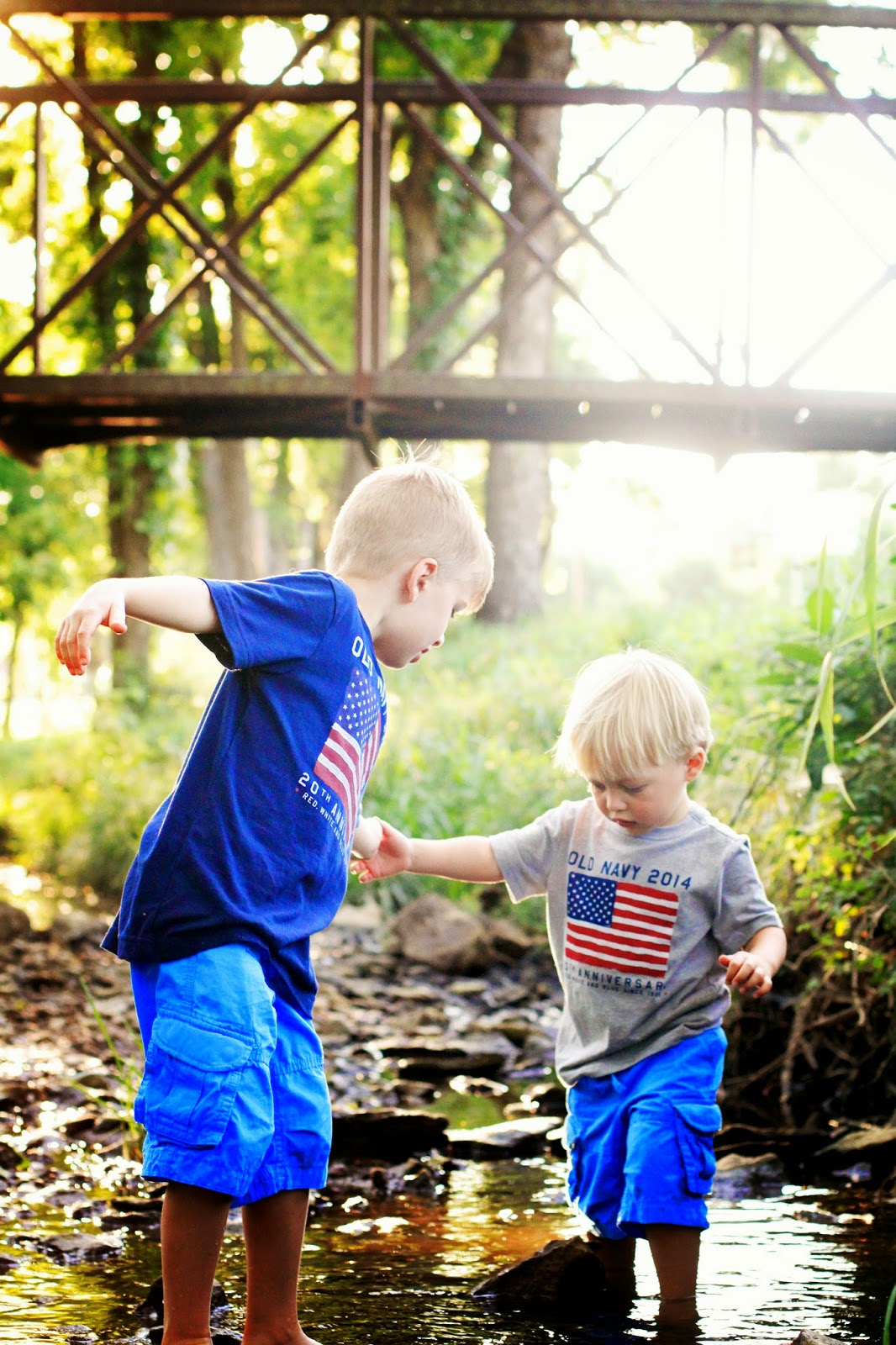 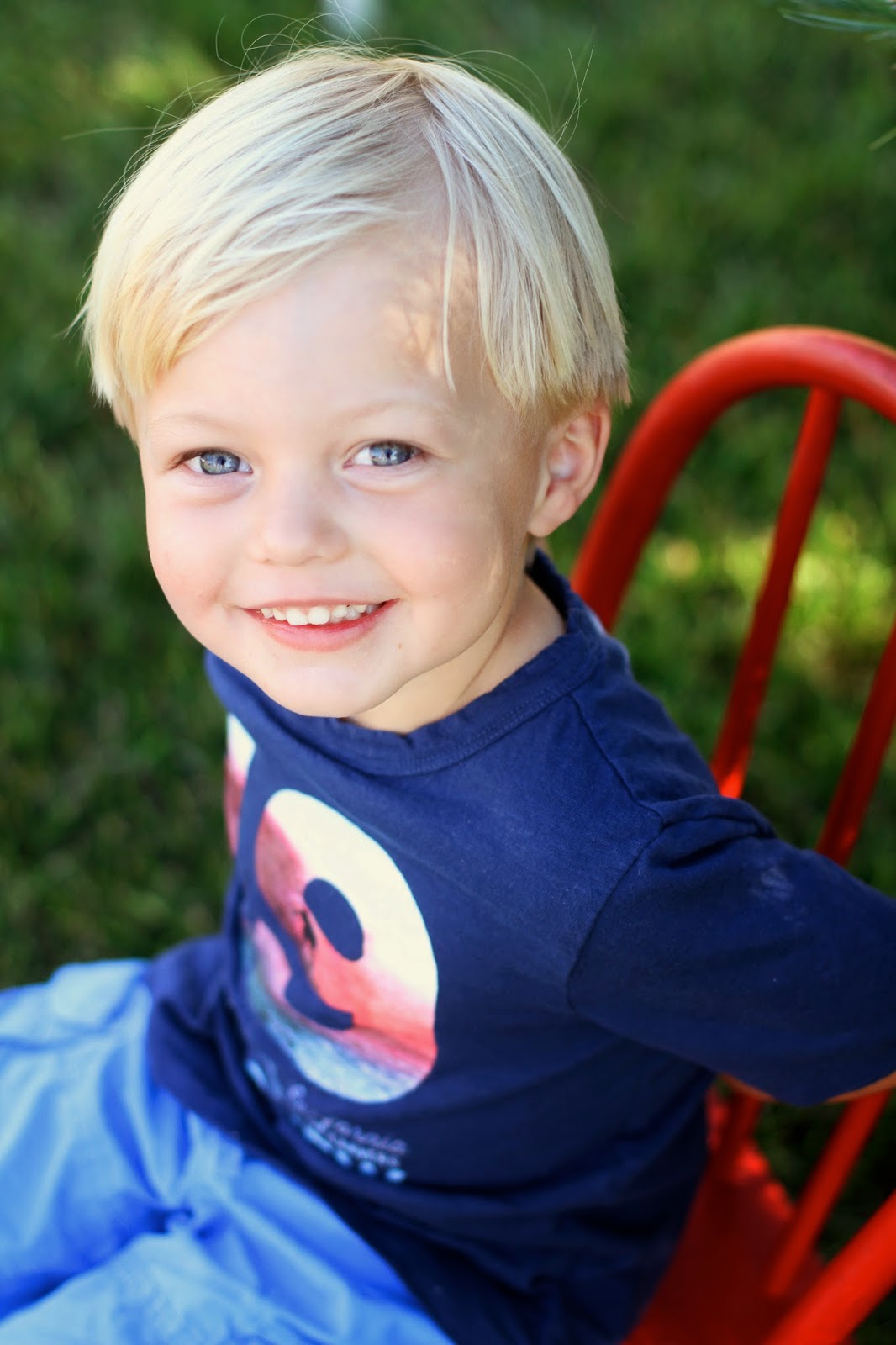 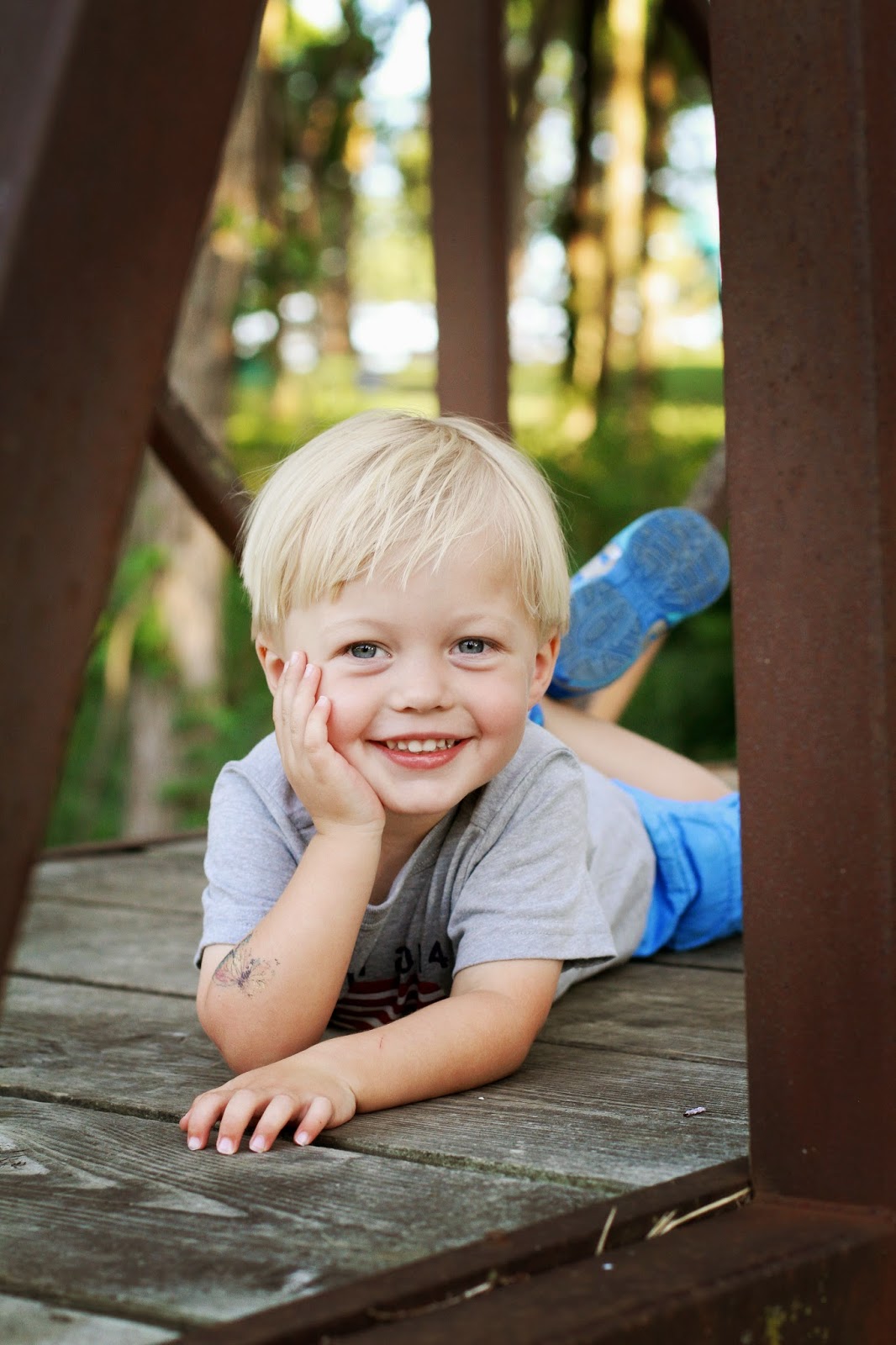 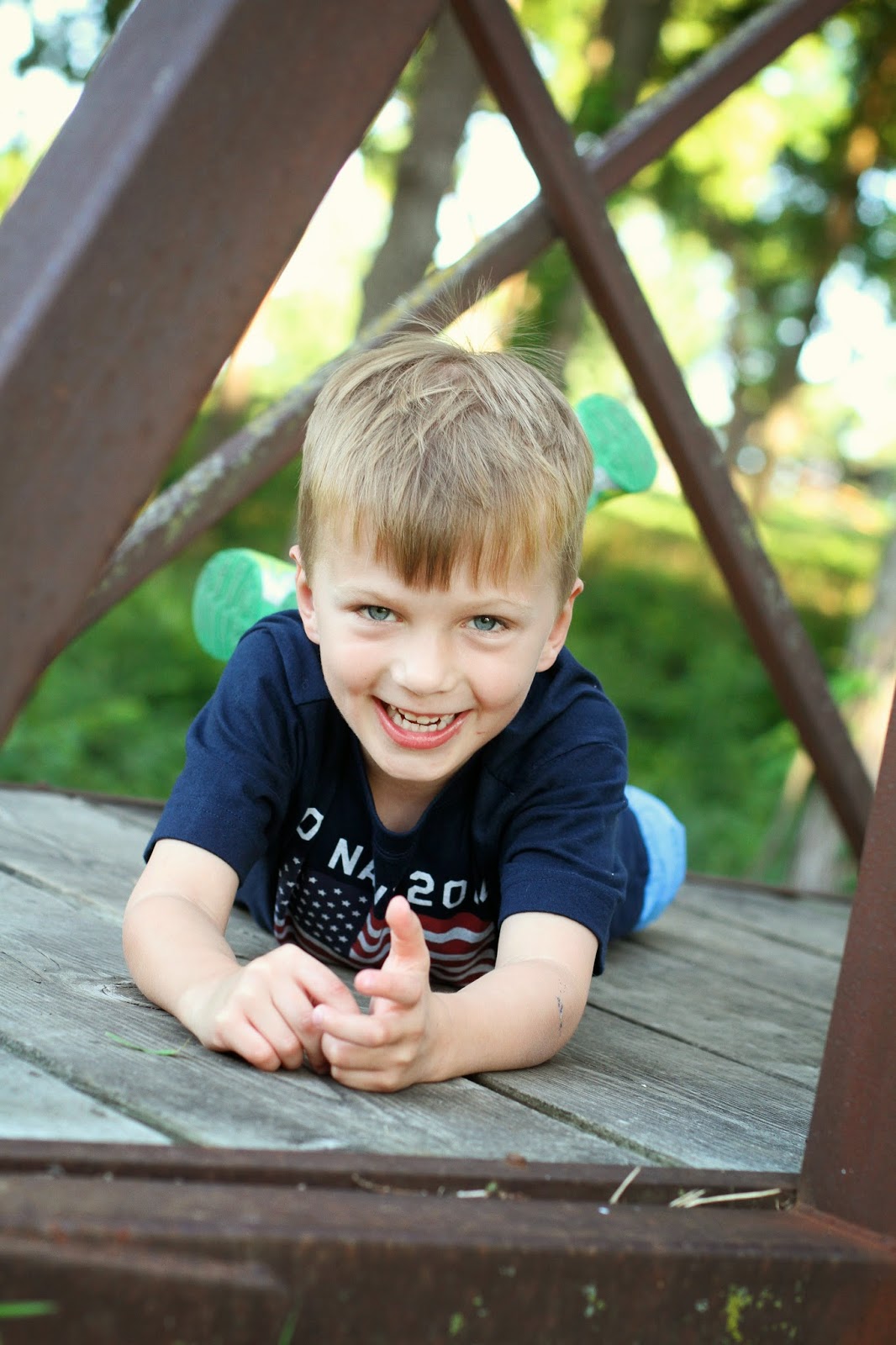 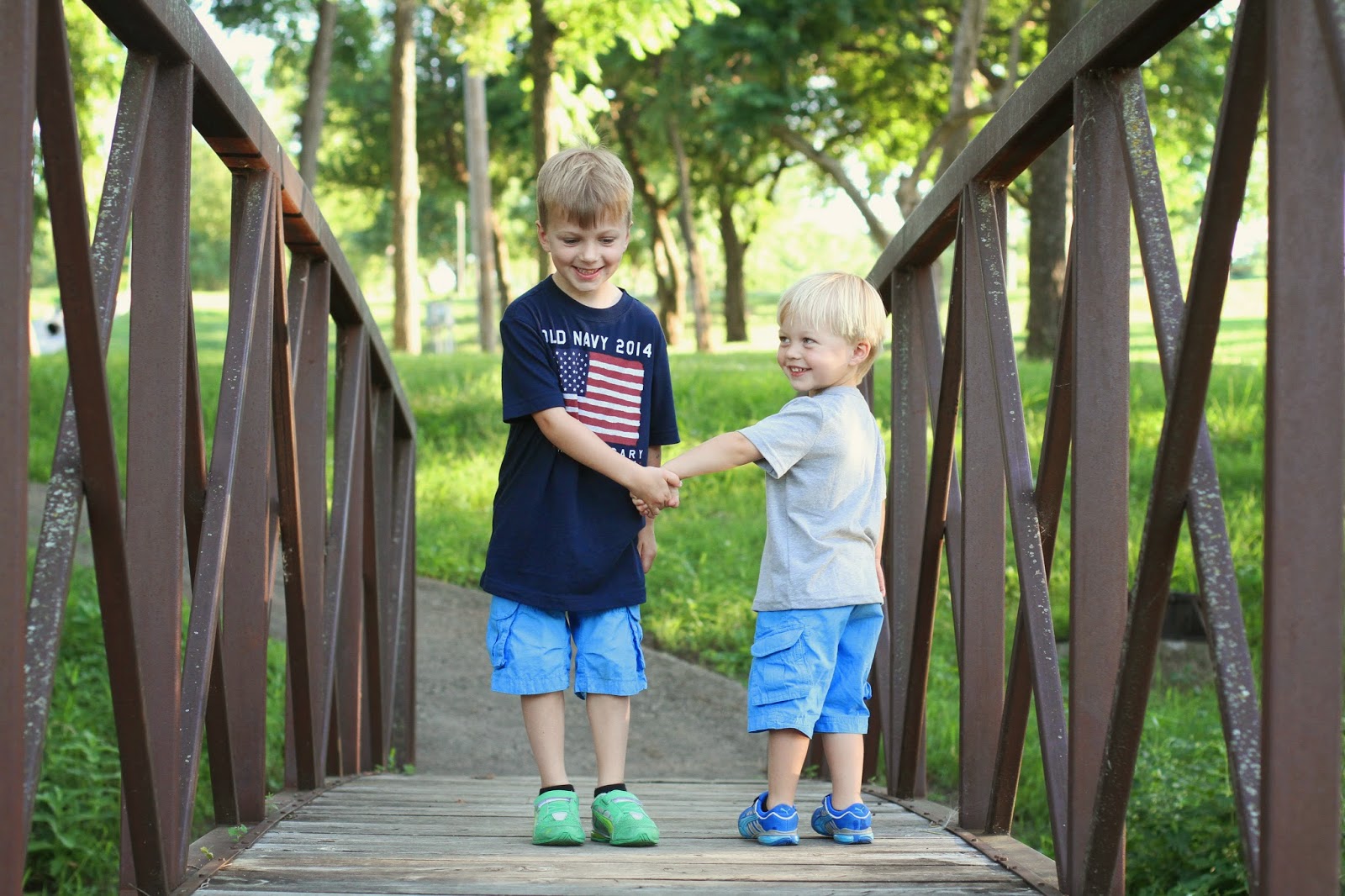 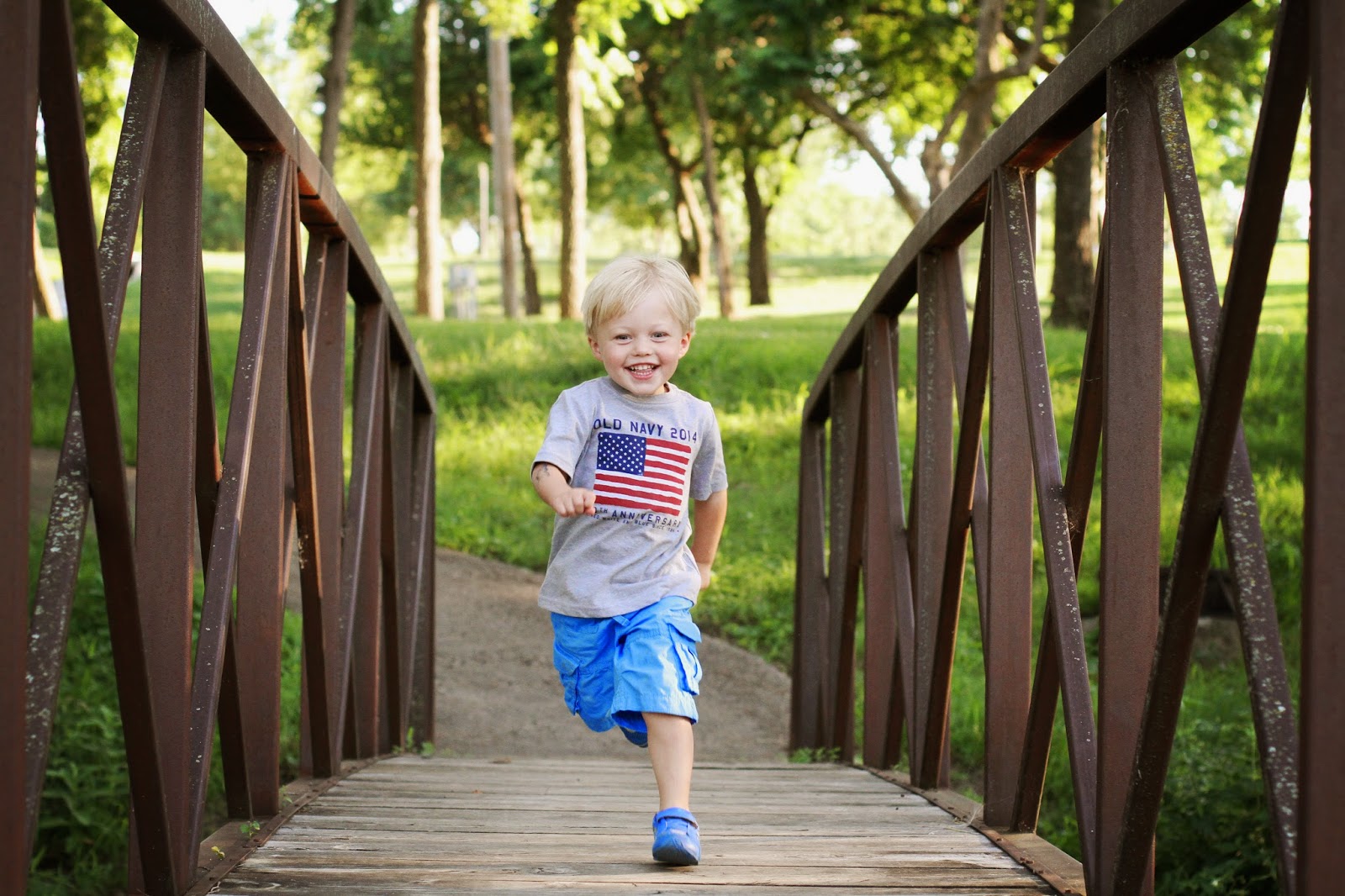 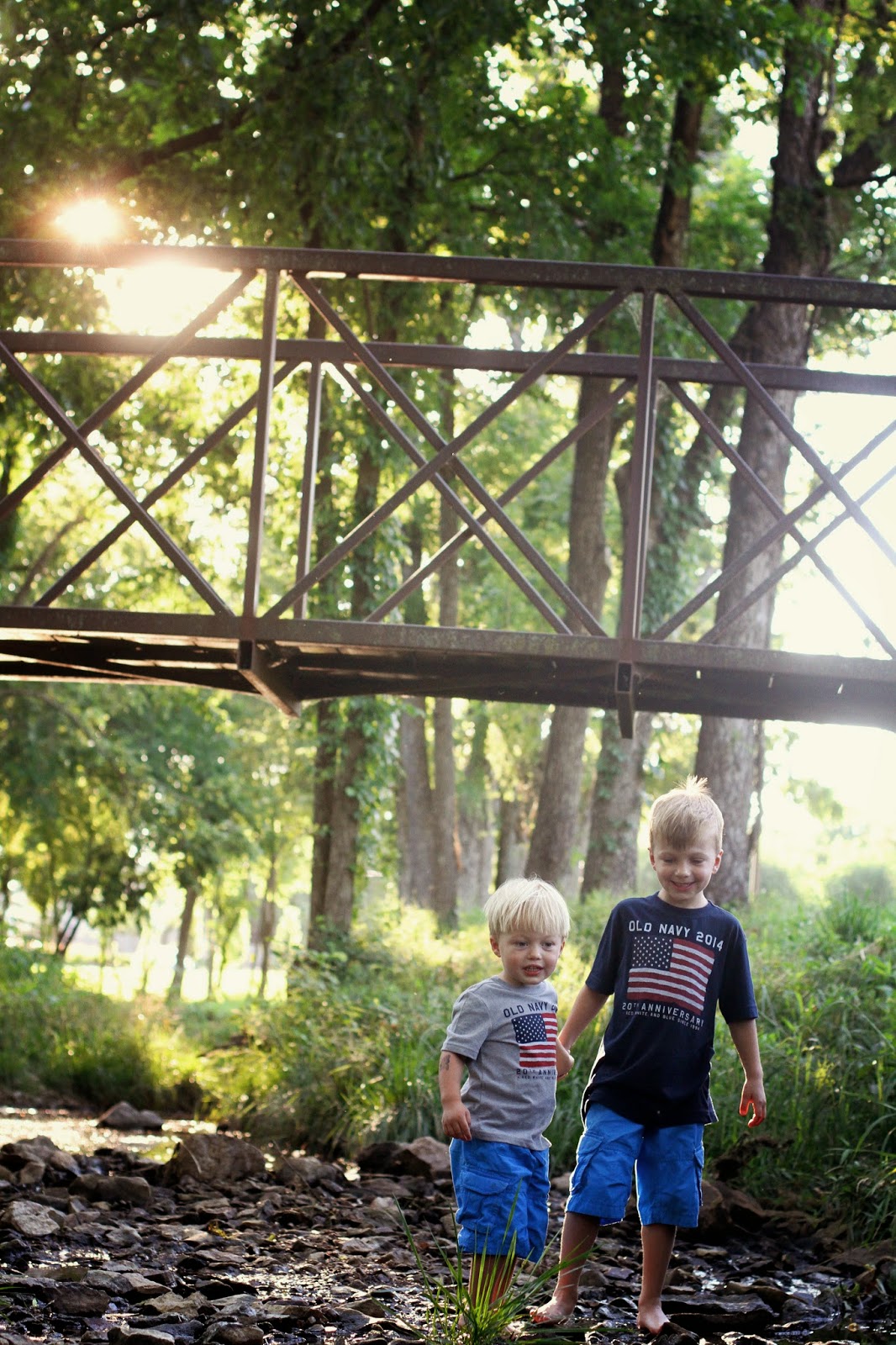 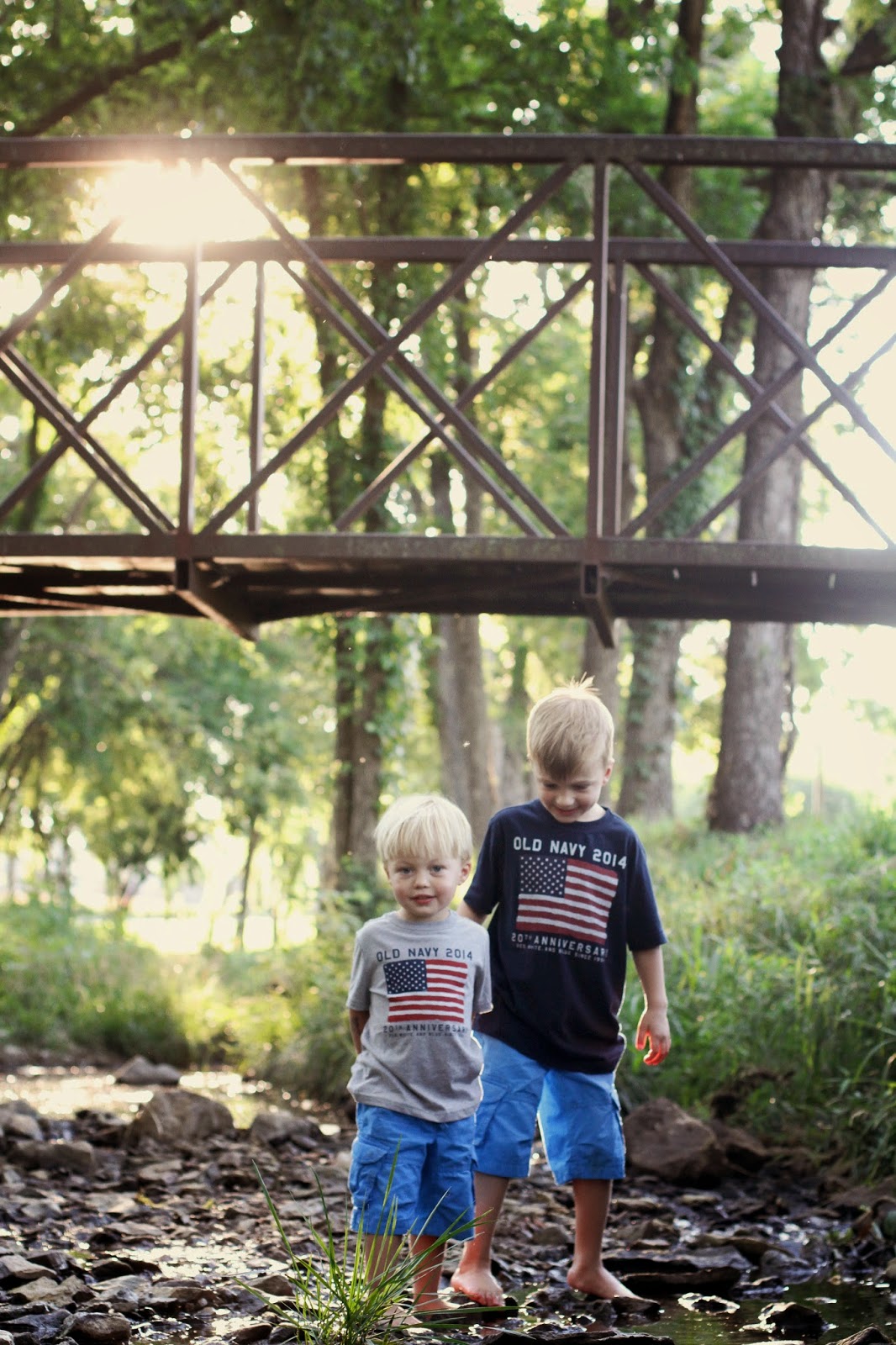 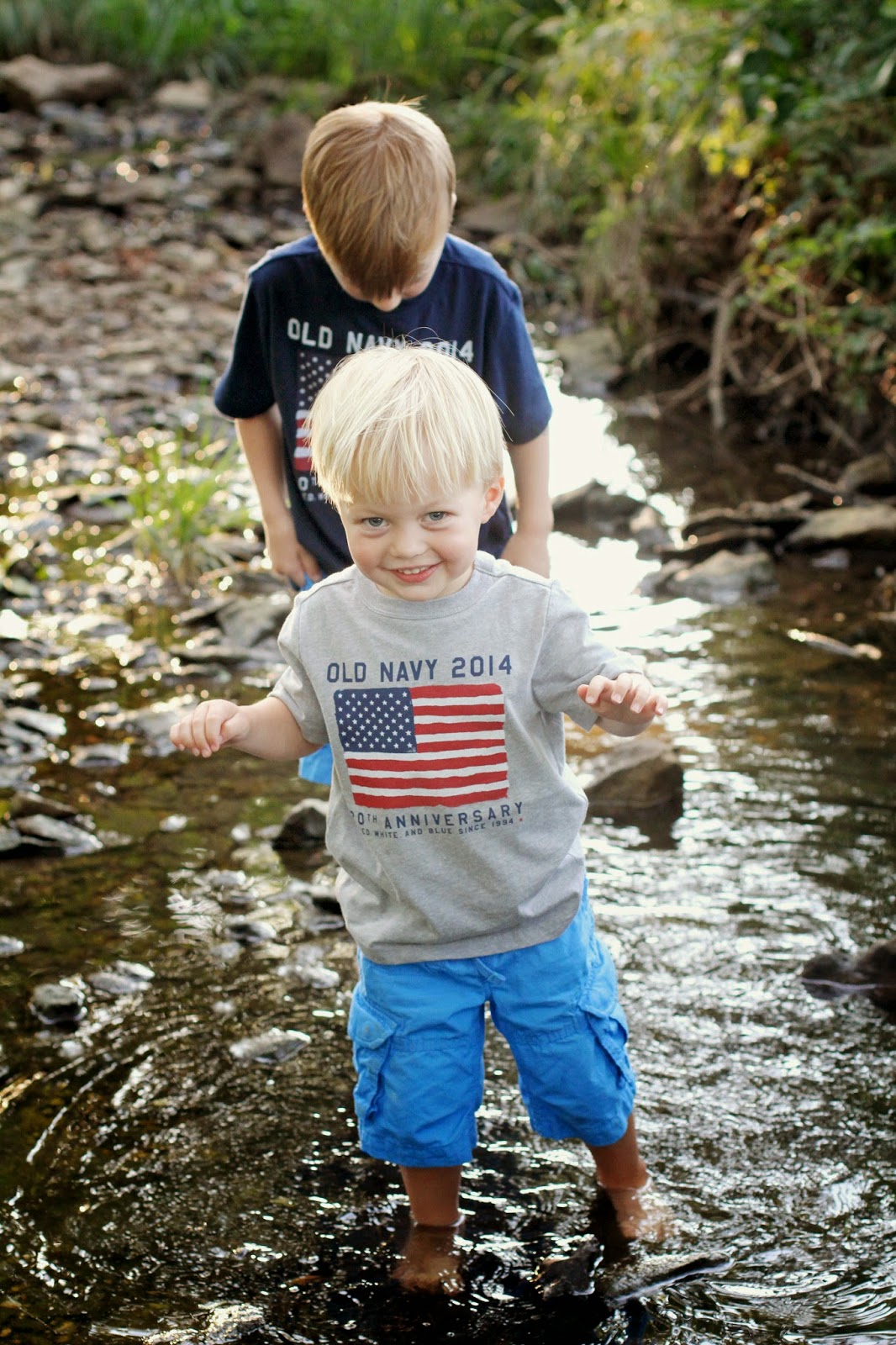