When I was in high school we got to take a few days before school started and locate our lockers and get situated---the girls, well we all lined our locker doors with heartthrobs. Junior year in high school it was Ben Affleck (still a heartthrob) & my senior year it was Mark McGrath of Sugar Ray. You know the: 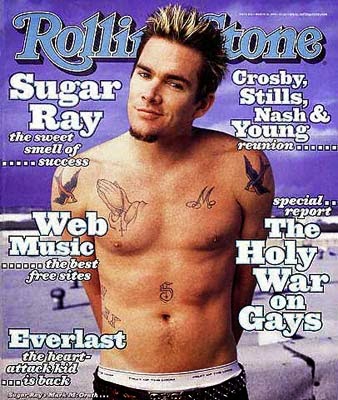 I was AM still a HUGE Mark McGrath fan and I am totally not ashamed to say that. In fact, I have been to three of his concerts and was seriously contemplating joining the cruise he and a few other bands were putting together, that ended up falling through and the cruise never happened. Some people might think its because no one knows who Sugar Ray is but really it was 100% weather related. ;0)

The first Sugar Ray concert that I attended was in college, maybe 2001. Abby and Korie humored me and went with me. We drove to Joplin, attended the concert and then drove back to Pitt. We managed to get fairly close to the stage & they put on a good show---Abby and Korie would totally back me on this. 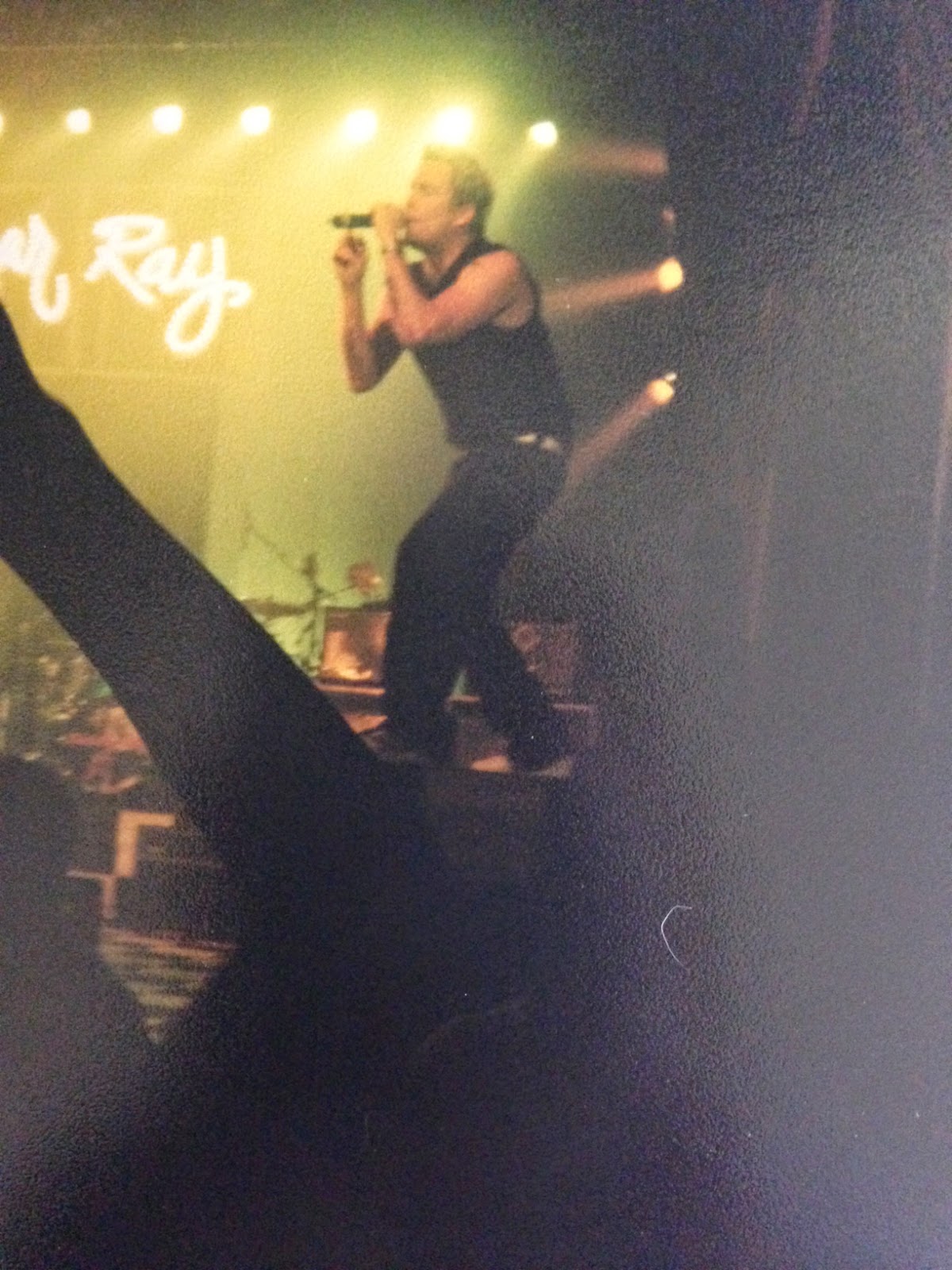 The second Sugar Ray concert I attended was in June of 2006 & Tiffany came with me. Now this concert will probably go down as my all time favorite concert. We once again had pretty good seats (I'll admit, it wasn't overly crowded) but after the show ended we stuck around. As we were trying to get a guitar pic or anything off the stage really, a member of the stage crew came over and told us to tell the guy at the door "little ricky". What did we have to lose? Nothing. We walked over, gave the secret password and was told to have a seat. The next thing we know we are walking backstage and being told to grab a beer and look as though we know what we are doing.

WHAT? BEER? I have to drink a beer? Didn't they have anything different. Oh well, I can act like I am drinking it, I mean, I may just get to meet Mark. 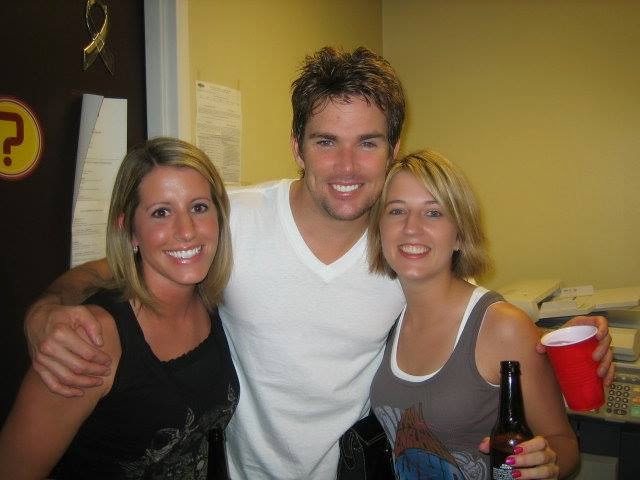 Five minutes later and out they walk. Ten minutes later he makes his way over to our side of the room and he  actually takes a picture with us. SWOON. And then I ask him my infamous question---Boxers or Briefs (I asked Tony Gonzalez this same question & because I know you are curious, he prefers to go without!). Mark on the other hand, he prefers Calvin Klein boxer briefs and gave Tiffany and I a little glimpse.

Pretty sure I was on a high for the rest of the year.

It was a few years later that I found my heart breaking. Mark was marrying his longtime love & they were expecting twins, a boy and a girl. And guess what they named their girl?? Nope, not Kayla. Better. They named her Hartley Grace. Who else would name their daughter Hartley besides me?! Mark. That's who.

And then this past weekend happened. My most recent Sugar Ray concert and I have to give it to my girls, Tiffany and Jennifer--they humored me and stood danced right alongside me. This time around I was able to score some sweet VIP tickets thanks to a dear friend who will remain nameless because I don't want to burn that bridge, what if he come back to town in another 5 years?!?

The whole week my colleagues were giving me crap. They couldn't believe just how excited I was for the concert and how I could even come close to comparing Mark's concert to Justin Timberlake's concert. Saturday rolled around and I was ready for a girls night. My wonderful husband dropped us all off at the Cashew where we ordered a drink and dinner & then we made our way to the Crossroads. We entered through the VIP entrance, found the bar & made our way to the stage. 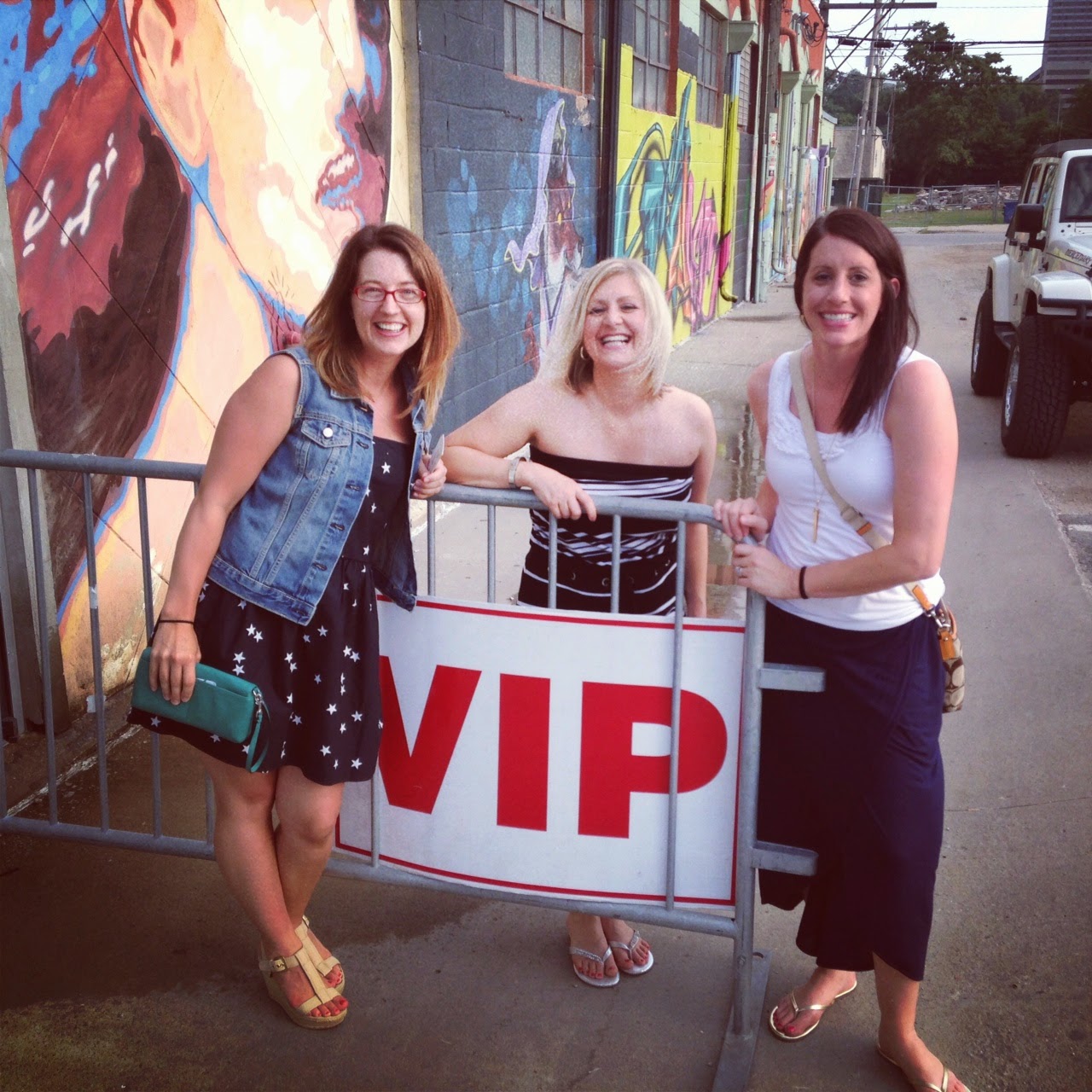 It was approaching 8 and the dee jay was getting the crowd going and then it happened, lightening. Out came the tarps. Down came the rain. In we went. We took advantage of our rain delay and stood in line for the restroom and got another round of drinks. 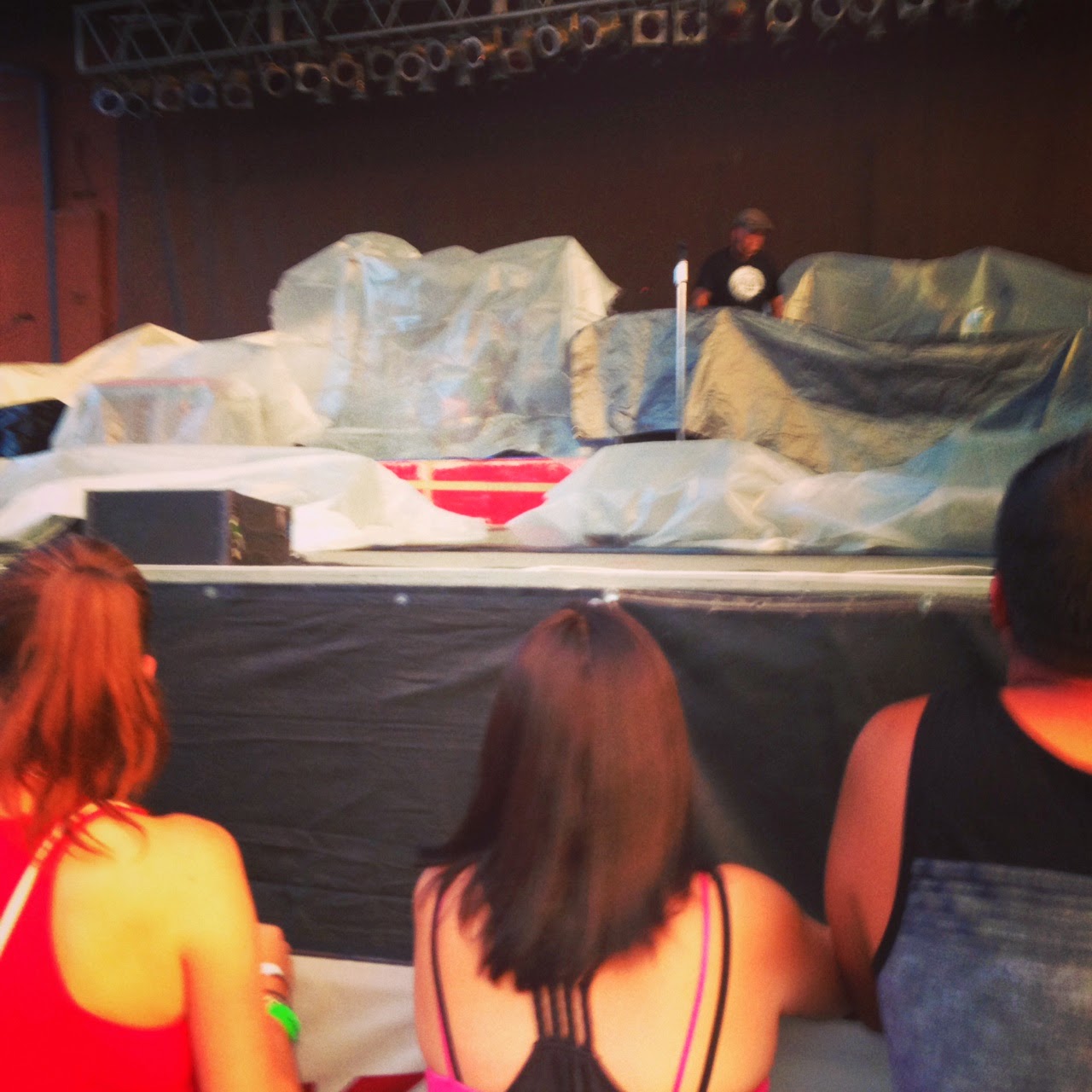 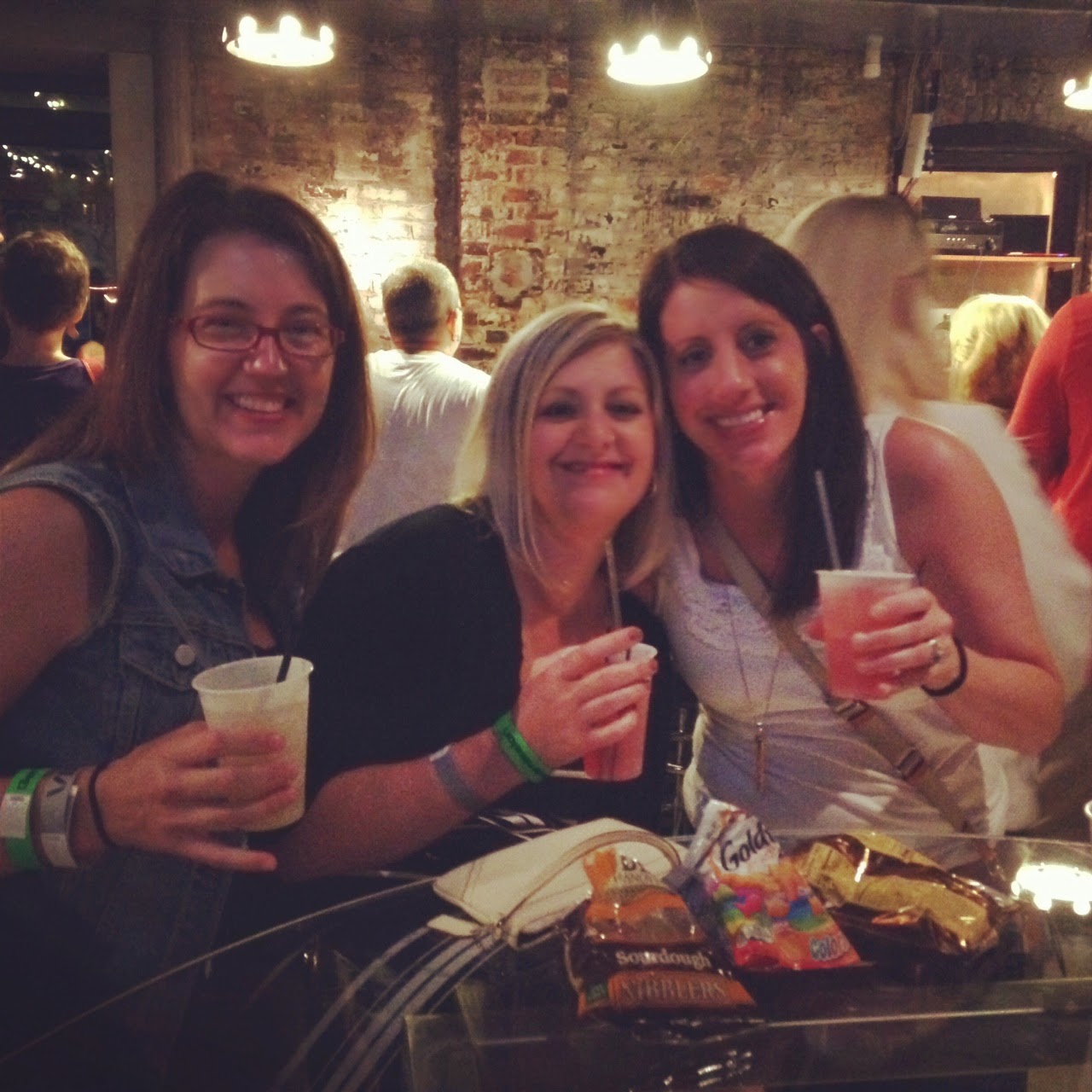 Finally the rain stopped and Mark was on stage---he came out and welcomed everyone to show and introduced Uncle Cracker. Uncle Cracker was wasted but he was good and a great warm up for what was next....MARK. 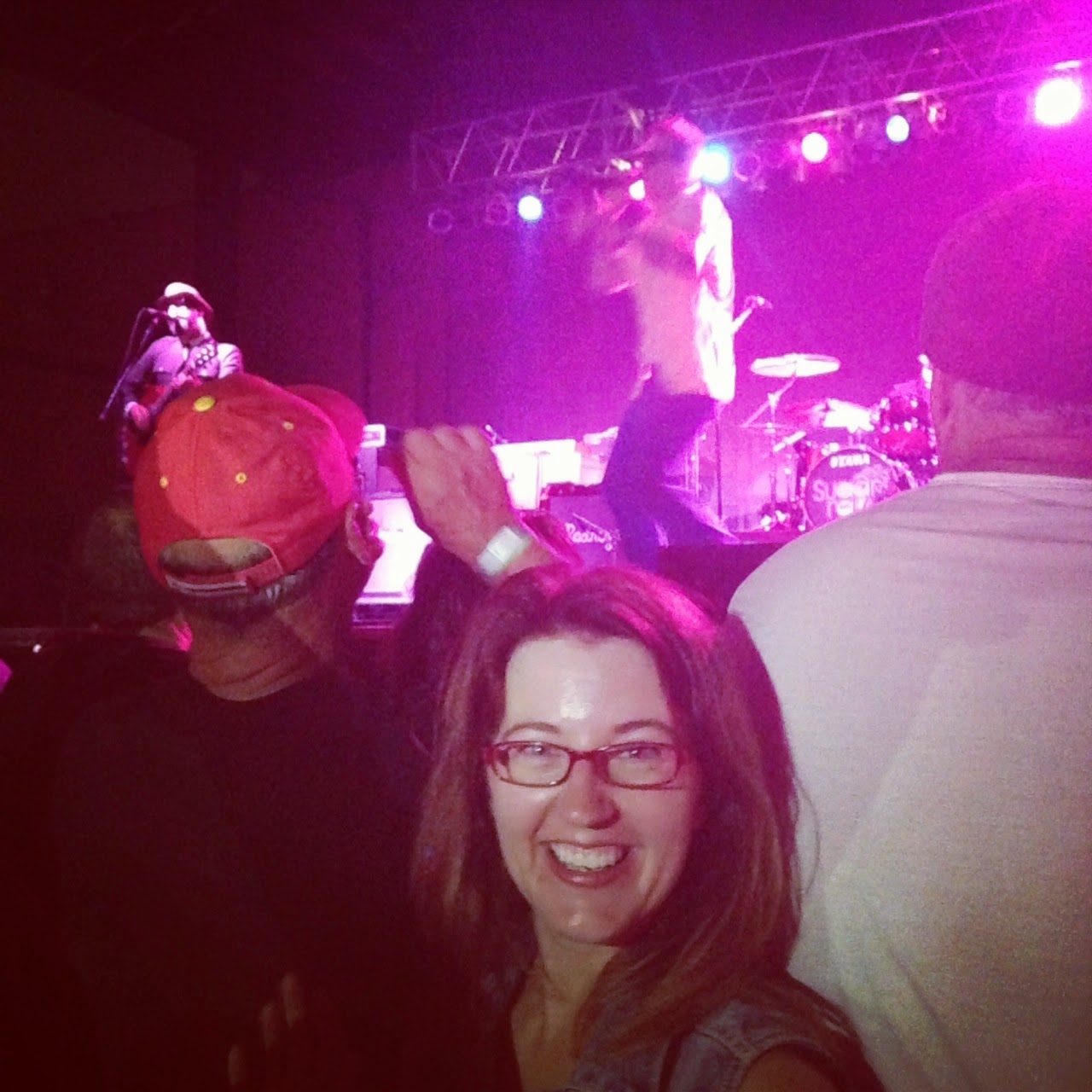 Yup. That's me and Mark--and unfortunately, that is as close to Mark as I got this time around and not for my lack of trying. We even had an After Show pass but I guess I never found the right person to speak with because we didn't get back there. 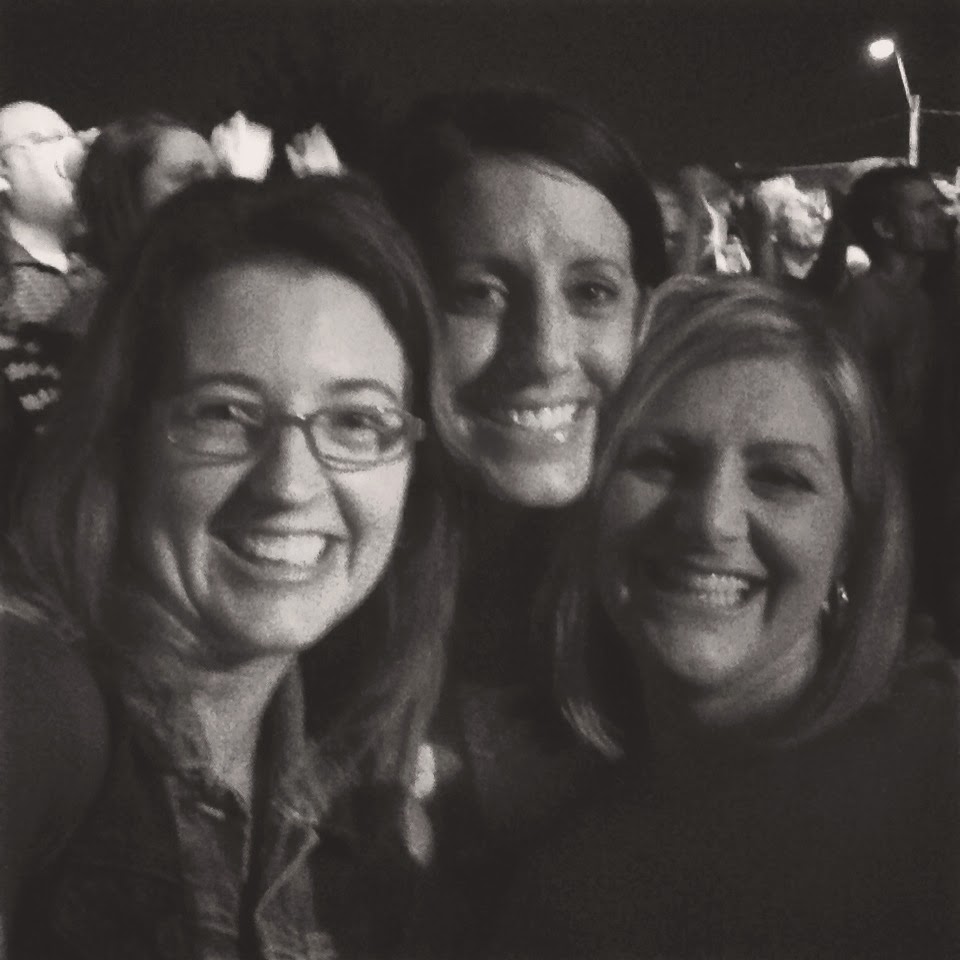 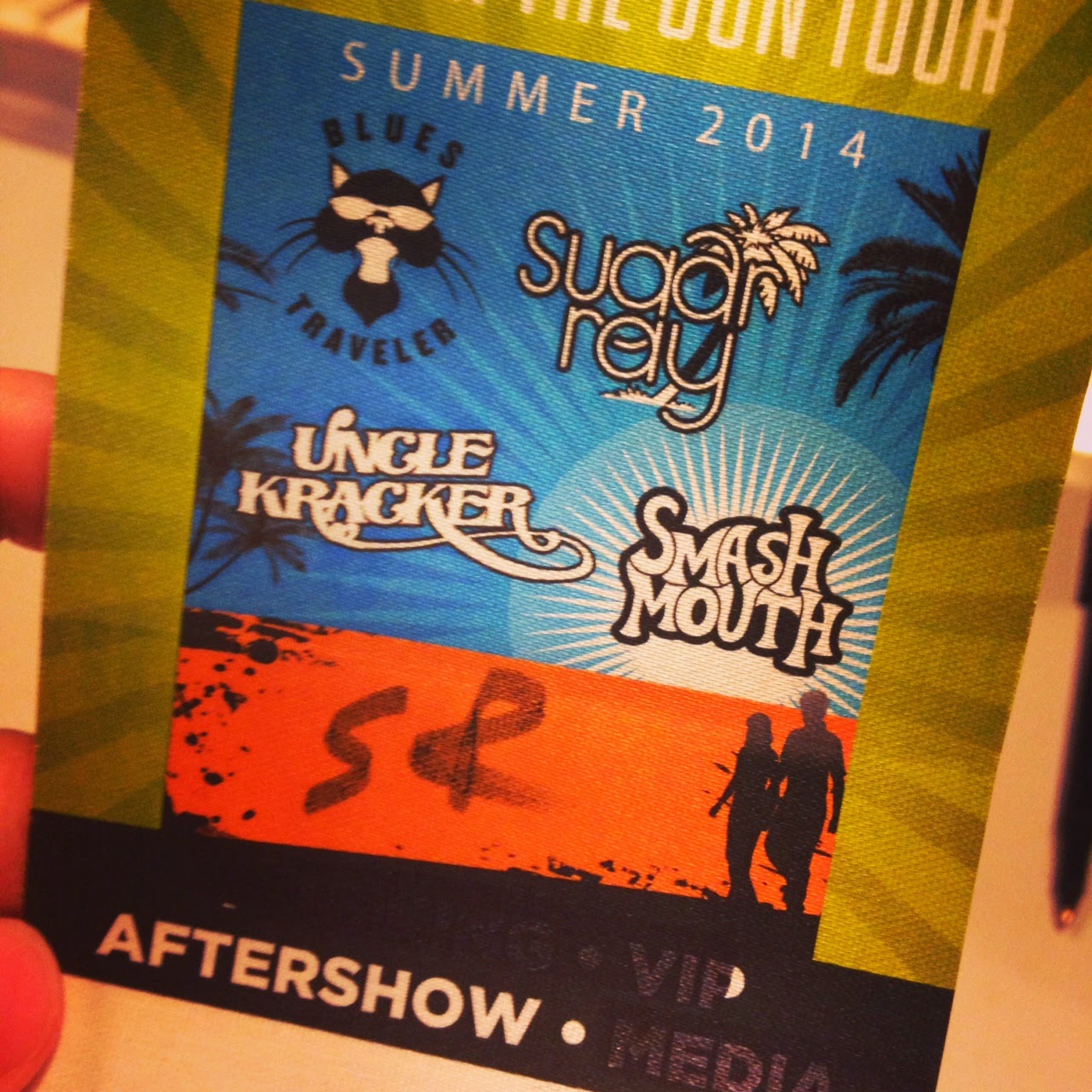 We did call it a night at the concert and headed out to Power & Light for a little while where we realized that scene just wasn't for us--or at least it wasn't that evening. Finally we hailed a cab home and we walked through the door around 2 am where I crashed...for 4 hours until the boys were crawling into bed with us.

The only sad part of the evening was knowing it would probably be another 5 years before I have the chance to see Mark again---maybe he will try the whole cruise thing again!