Growing up the 4th of July was one of my favorite holidays of the year. I loved the massive parties my parents and their friends always held. There was always swimming, volleyball, horseshoes, fireworks and lots of capture the flag games. These parties would start around lunchtime (or earlier) and they would go on until the big fireworks went off at night. 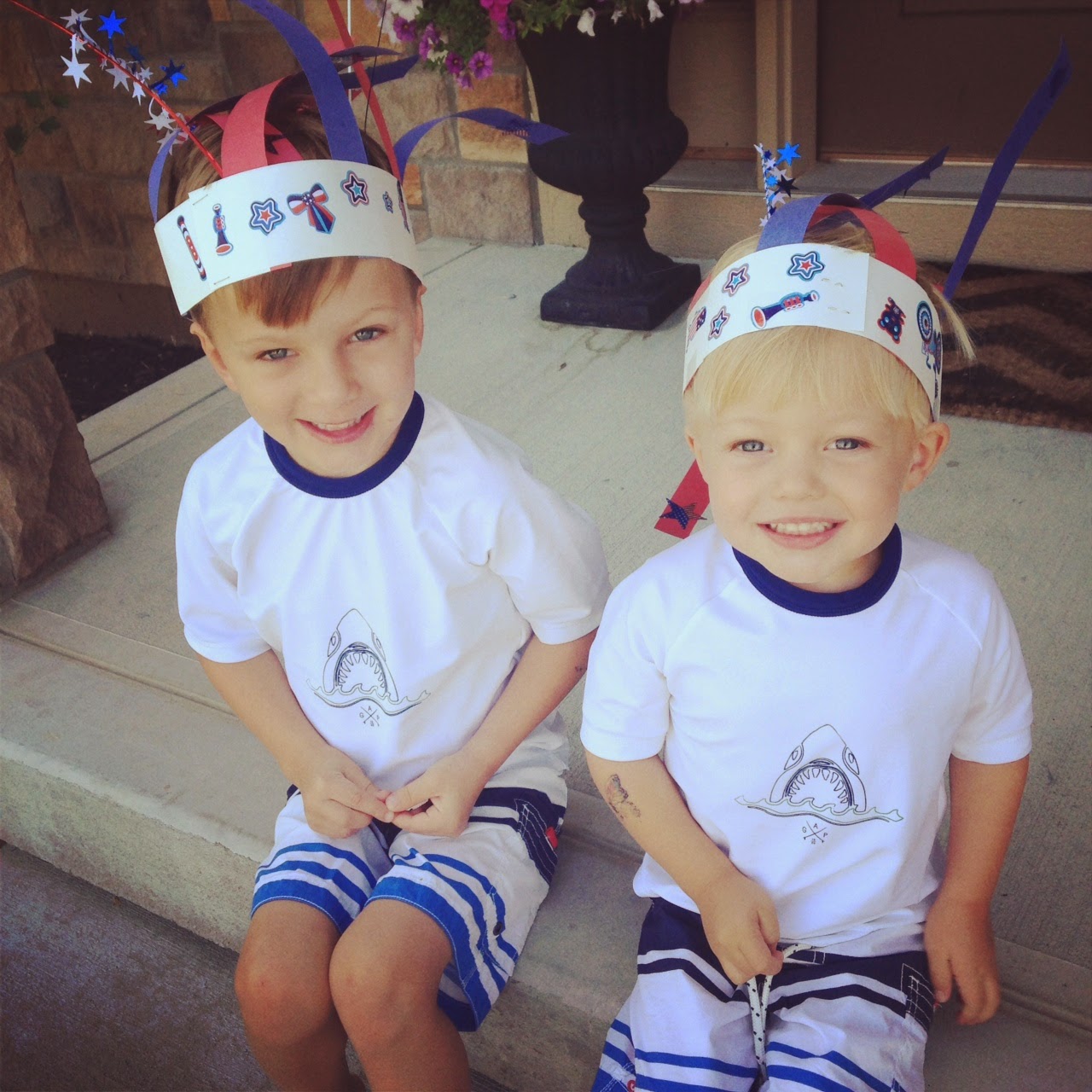 Over the last few years the 4th of July has taken on a different look. The kids have been too little to really enjoy all the fireworks and neither one of them have been big fans of the loud booms at night so we really scaled back our celebrations. The last couple of years we have had a could small get togethers at the house but nothing too exciting. This year we were invited to our friend's Jake and Jennifer's for a celebration & since they live in Missouri and are able to shoot off fireworks it was a no brainer. But the party wasn't getting started until after nap time so we had a little time to waste and what better way to waste it than at the pool. 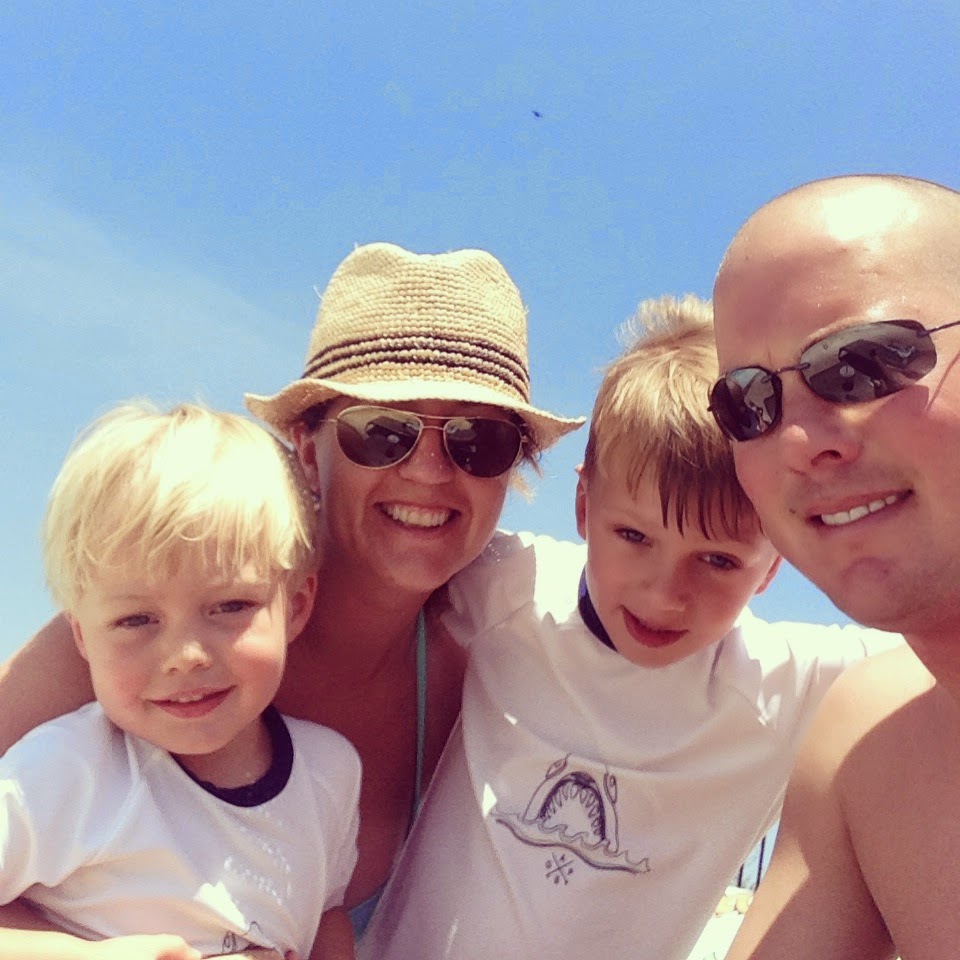 The water was freezing but both Justin and Kaden ended up getting in. I stayed in the 6 inch area and passed the ball back and forth to the boys. All eyes were on the boys while we were there. I had told them we could play a game, one where I would stay at one end and they would choose and animal to act like and walk, swim, slither, hop my way & I would try and guess what animal they were. Of course the boys don't know how to keep a secret & were blurting out to everyone what they were going to be---we got an alligator, a fish, a dog, a snake & a monkey. & although they didn't really "get" the game, it still made for a good laugh for all watching.

As soon as the boys woke up from nap they were asking to go and shoot fireworks so we loaded them up and headed over to the Walsh's and for the next 5 hours or so they ran from the front yard to inside the house to grab a cookie to the backyard and then back inside for another cookie. 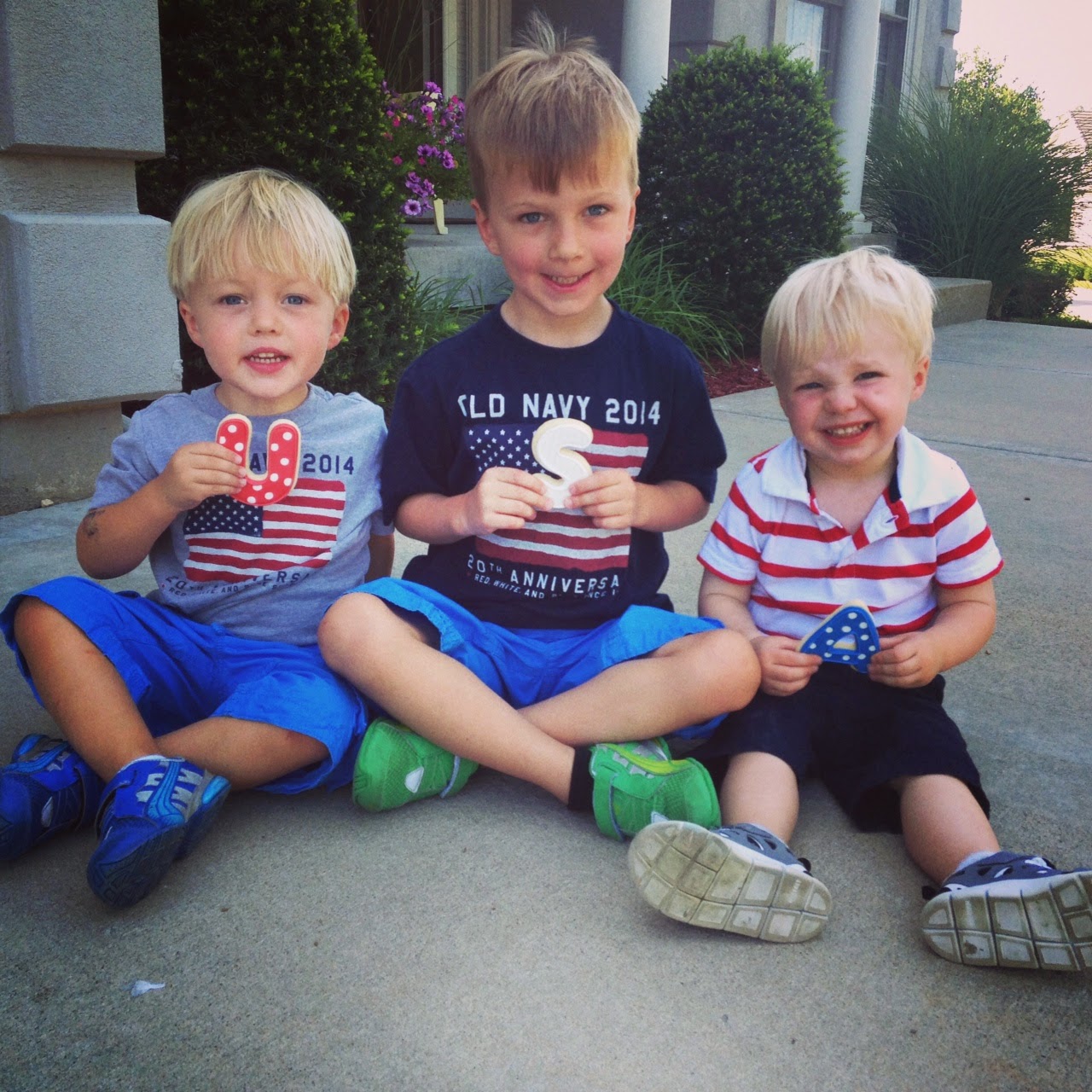 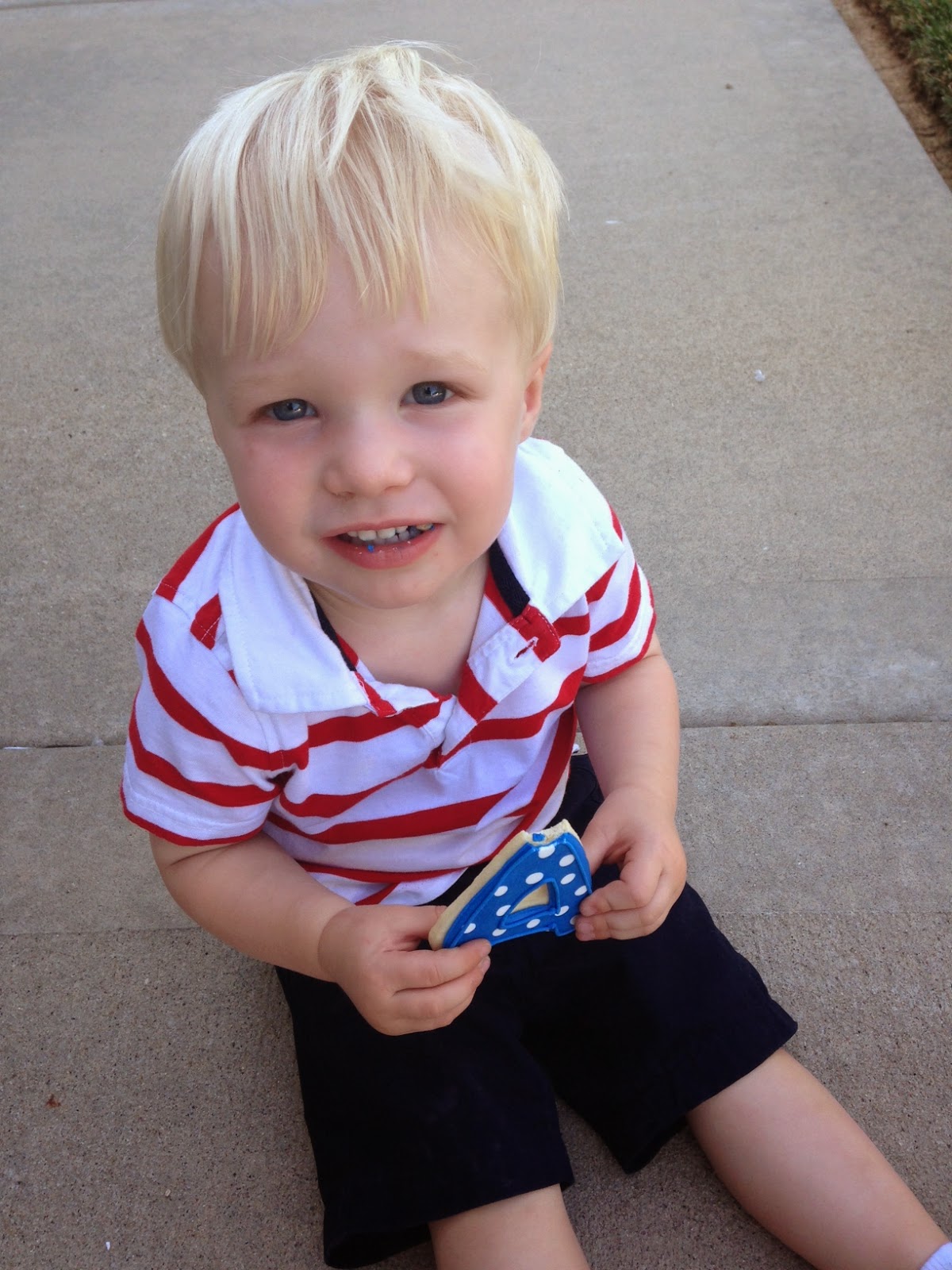 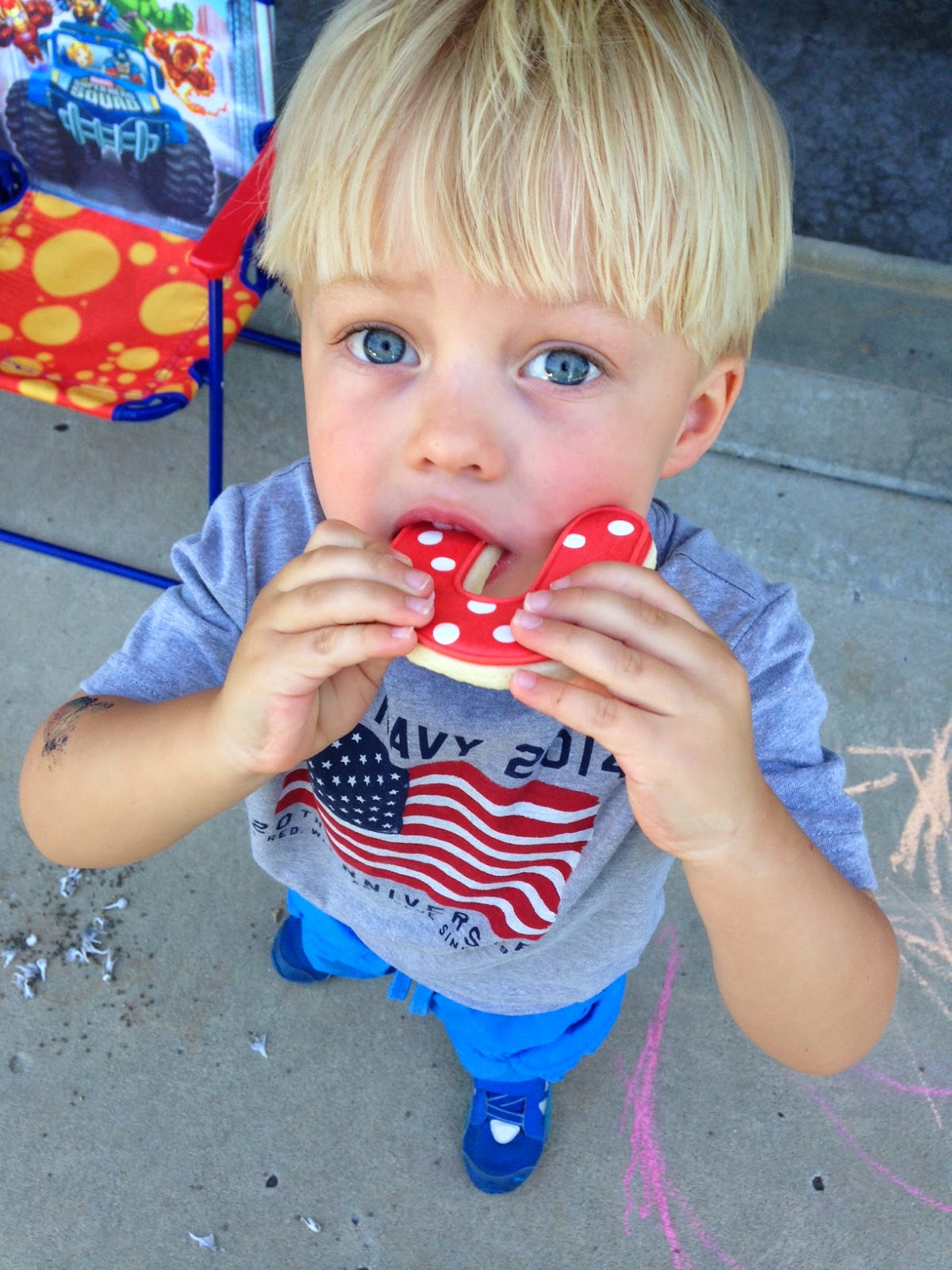 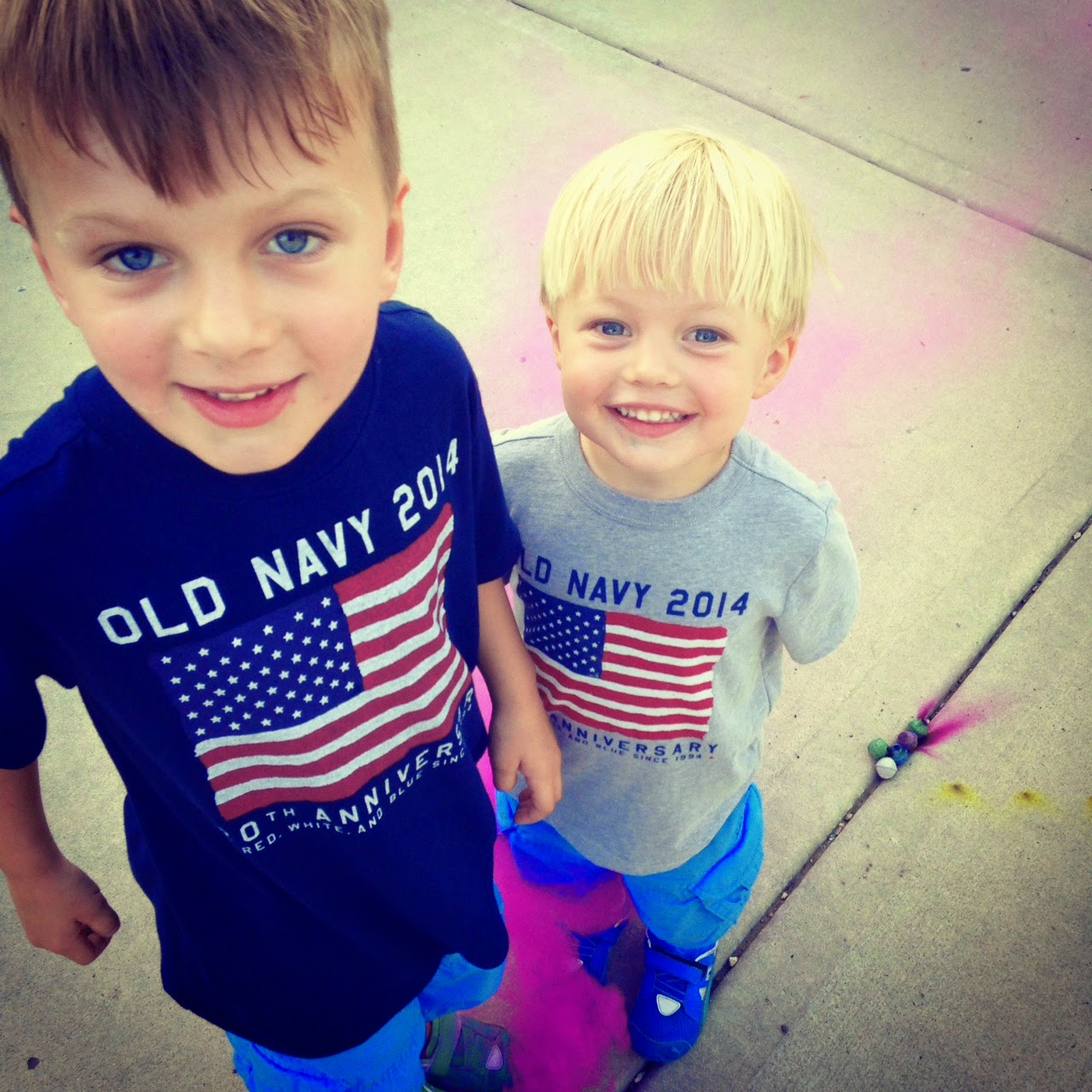 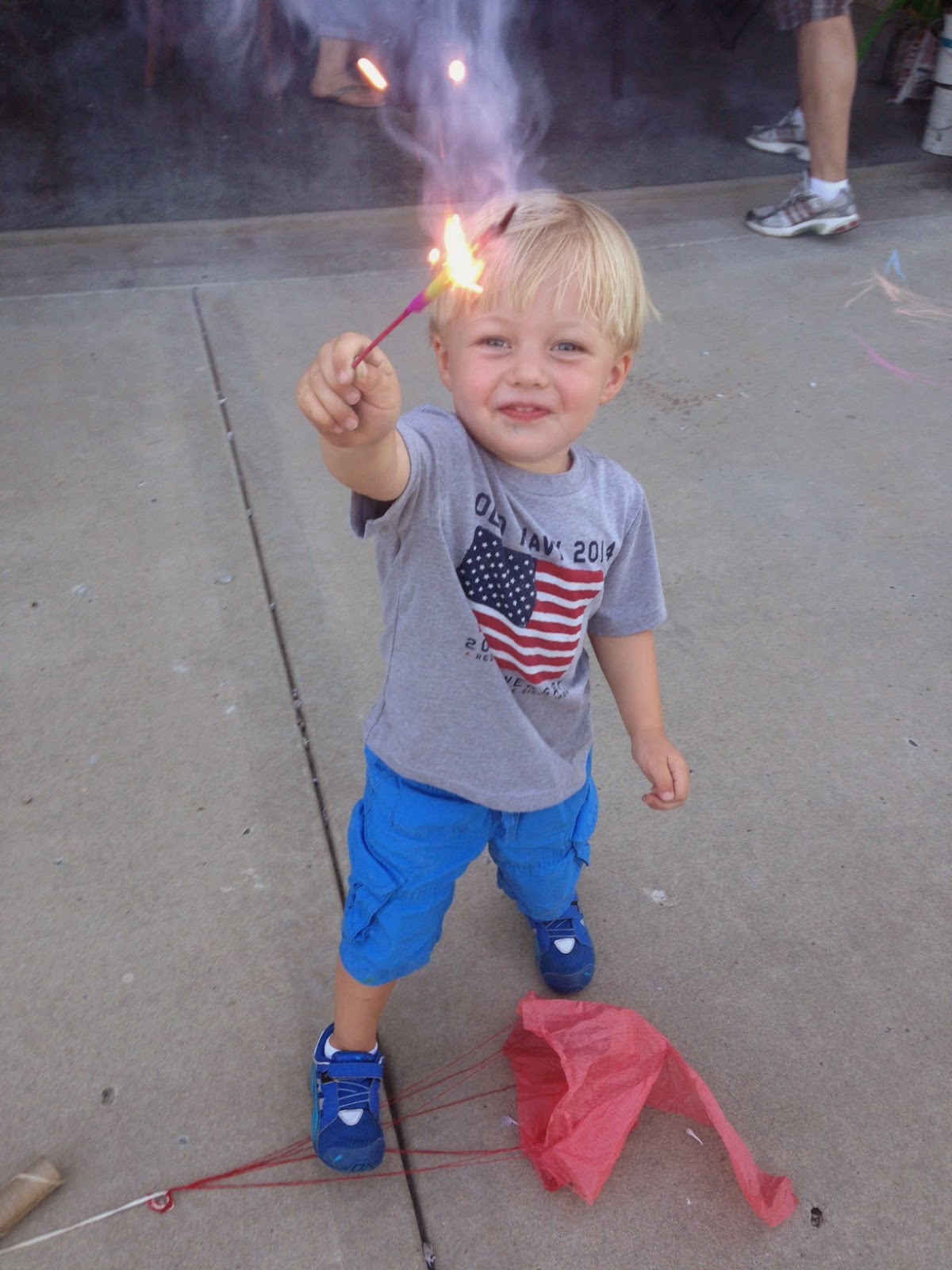 Ask Logan what his favorite thing to do was and he will say, catch those RED things in the air. Those red things in the air were parachutes. We only brought 4 large ones but luckily Jake had a whole arsenal of parachutes and he was setting them off one right after another. At first it was a free for all--whoever could get to the chute first but that was causing a few issues so everyone started taking turns. Surprisingly, Logan was really good at tracking and anticipating where it was going to drop & he wasn't going to put any of them down while he went after the next. Nope, he just kept adding to his collection.


Ask Kaden what his favorite thing to do was and he will say, set off fireworks by myself. I really wasn't prepared for this to happen but it just kind of did. In the beginning I was setting them off but they each asked to help and I obliged. We would sit the smoke bomb down & I would tell them how we can NEVER put our face over the firework and together we would light it. Next thing I knew, Kaden had talked Jake into letting him do it himself. My little man is growing up. 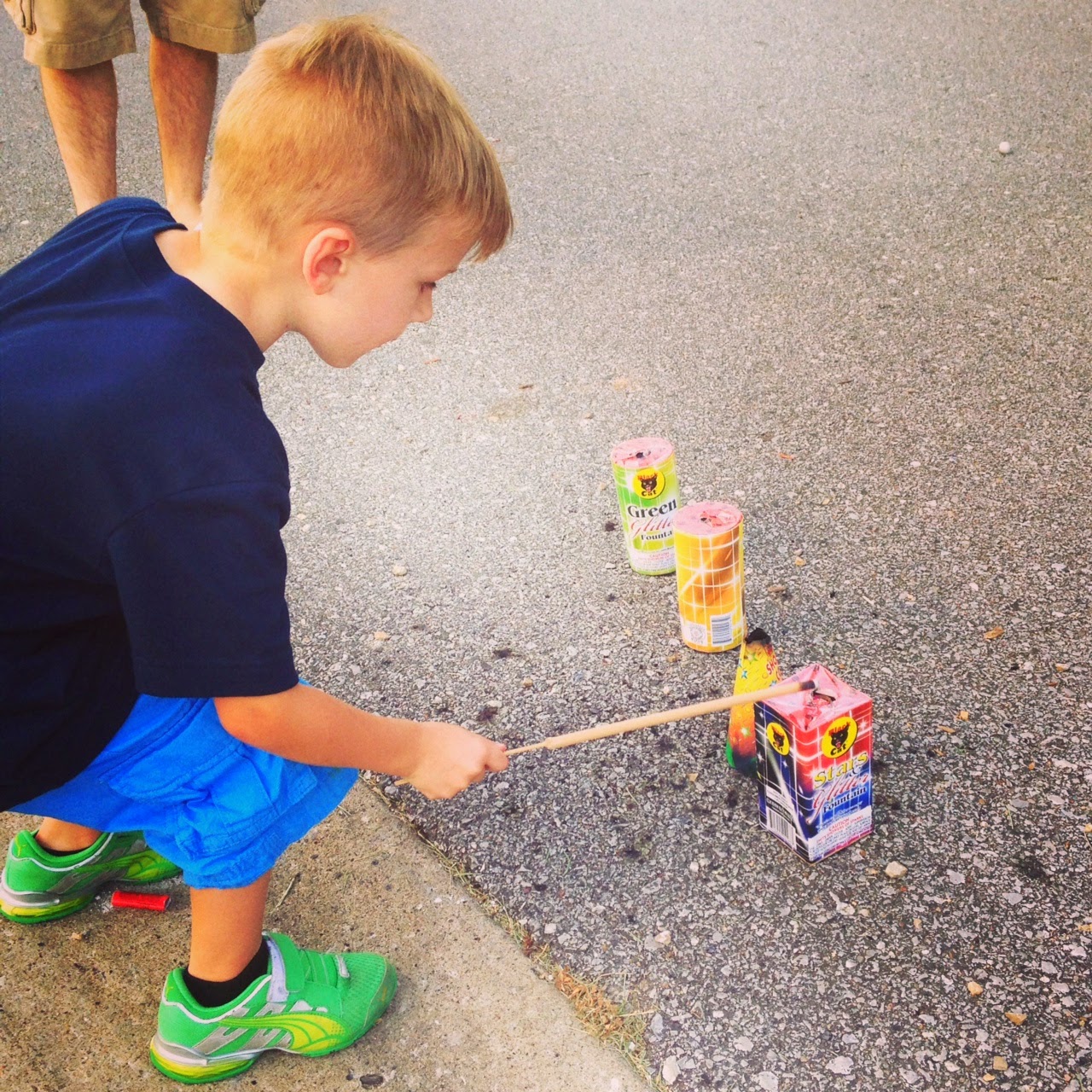 Finally it was dark enough for Jake to start his show & a show is exactly what he put on. It was pretty impressive for one person---I mean it wasn't scored to music or anything but still impressive. When it was over we figured we would load up the boys and start our truck back home & we were keeping our fingers crossed that as we drove home we would get to see lots more fireworks. & fireworks we saw---Hallbrook, Corporate Woods, Shawnee Mission---the boys were in awe.

We might not ever have a party like the ones that I grew up with but we can certainly make memories with our boys that they will remember and hopefully cherish too. 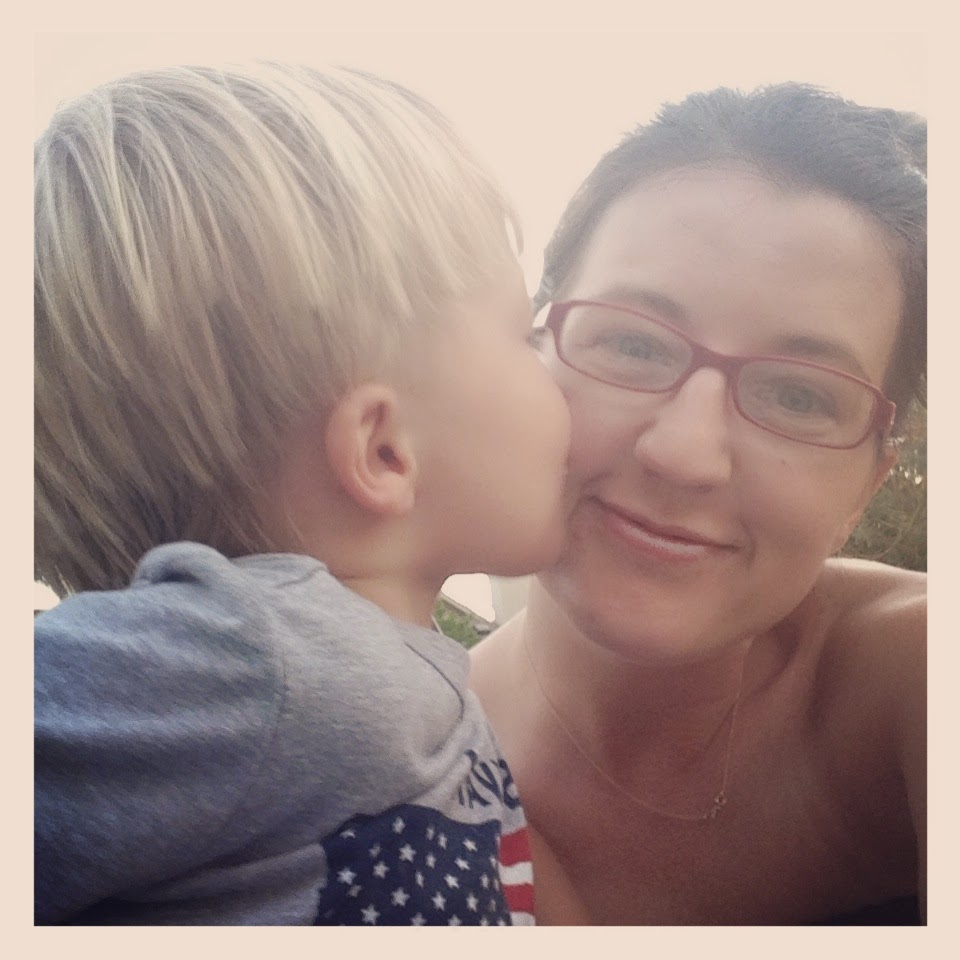