Although Justin and I haven't lived in our home for long, its been two years, we do know that it isn't our FOREVER home--probably our kids-get-out-of-school-home but thats it. When that time does come we KNOW for certain it will either have a pool of its own or we will have to find a subdivision with a pool. Either way, it will be top of the list.

Since the pool has opened we have pretty much been every single night--one way or another. On the weekends we often go multiple times. 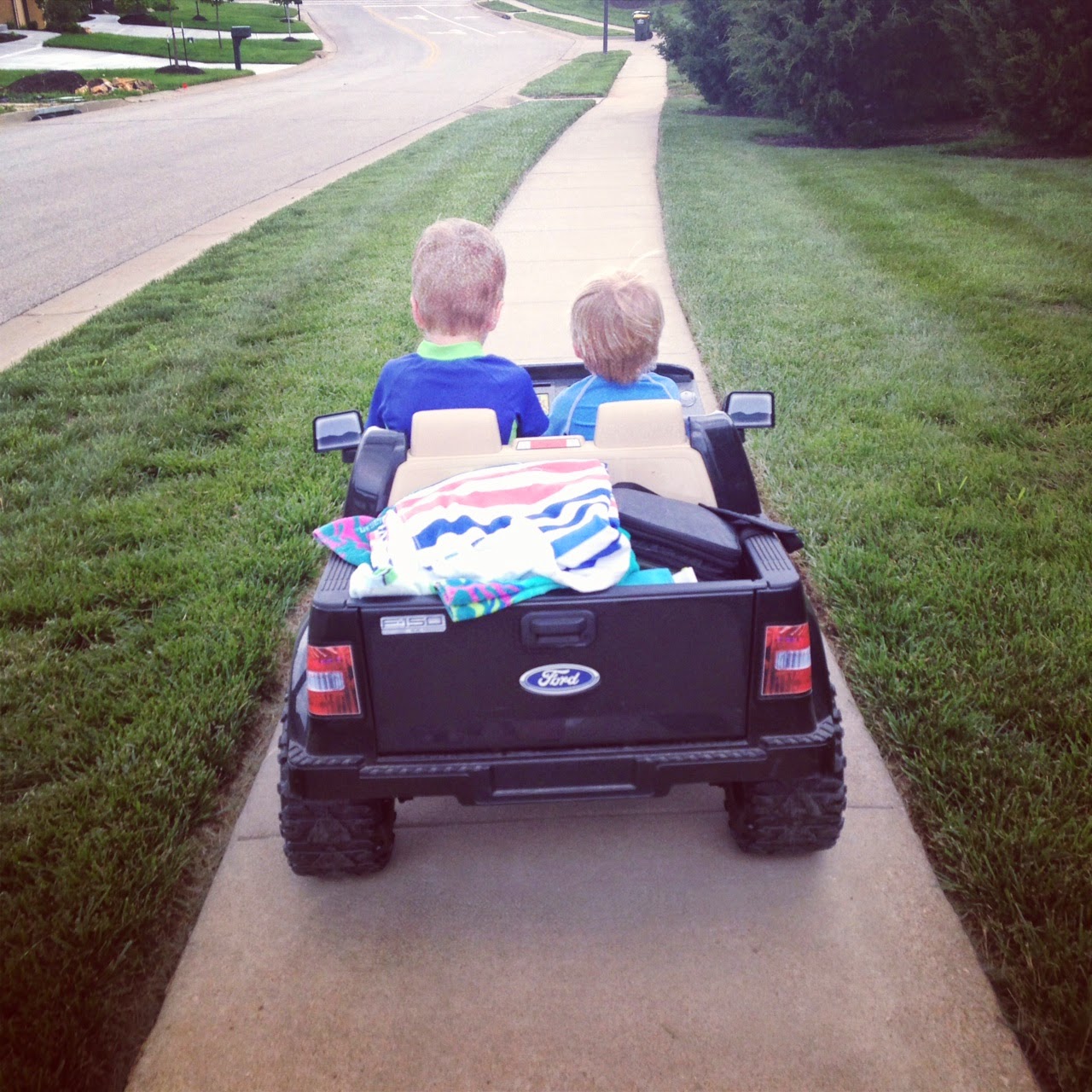 Most of the time Kaden does the driving, after all he is the experienced driver of the two but sometimes, we let Logan have his turn. He tends to swerve a lot & Kaden has decided that he'd rather walk than get whiplash and ride with Logan. 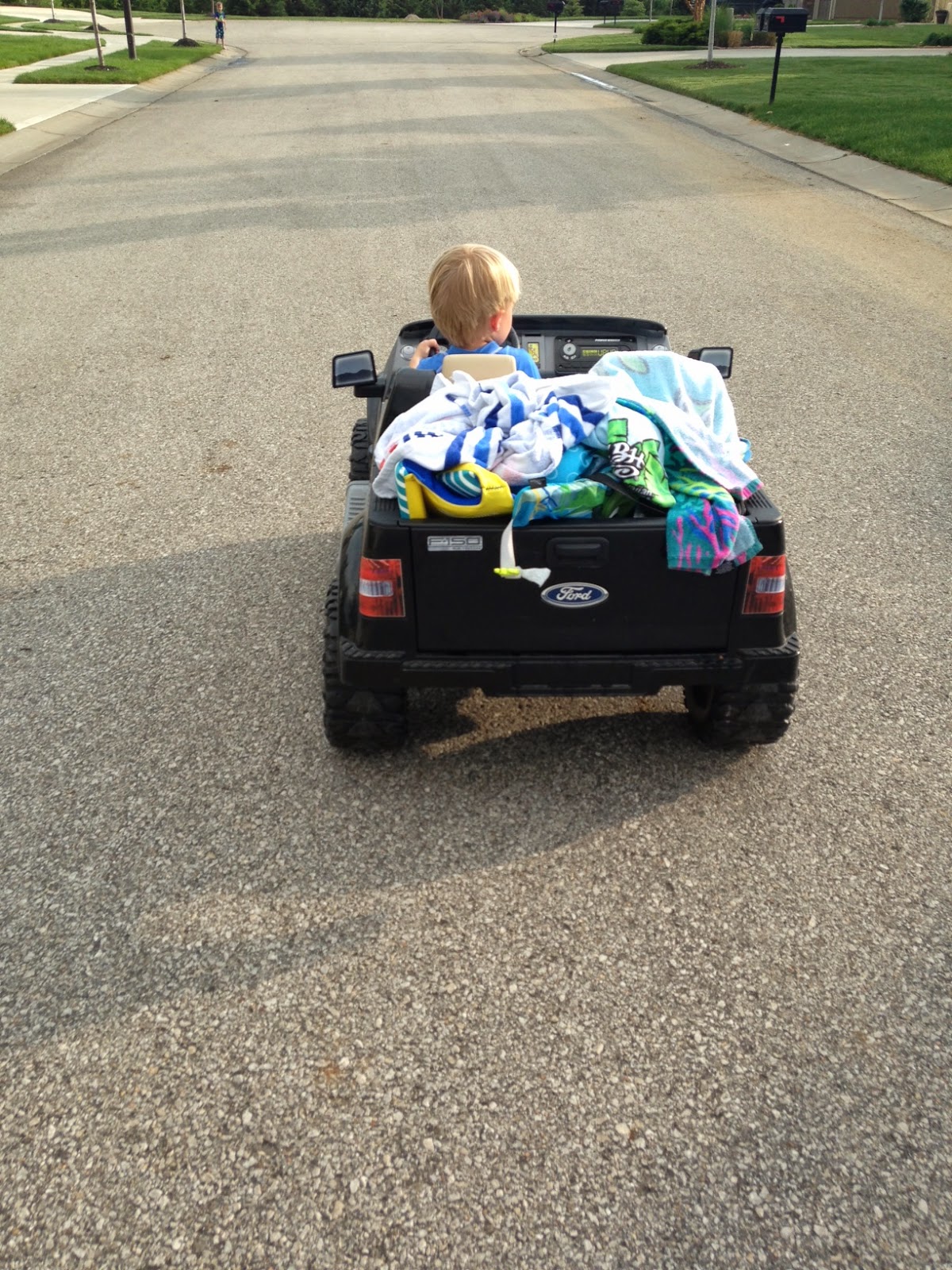 Kaden had a round of swim lessons last year and surprisingly kind of picked up where he left off. He is now tall enough to touch in the shallow end and loves being able to dive down to the bottom for his dive sticks. He does a pretty good job on the swimming part but since he can stand he doesn't really know how to come up for a breath and then to keep swimming, hopefully he will pick this up in our next swim lessons. 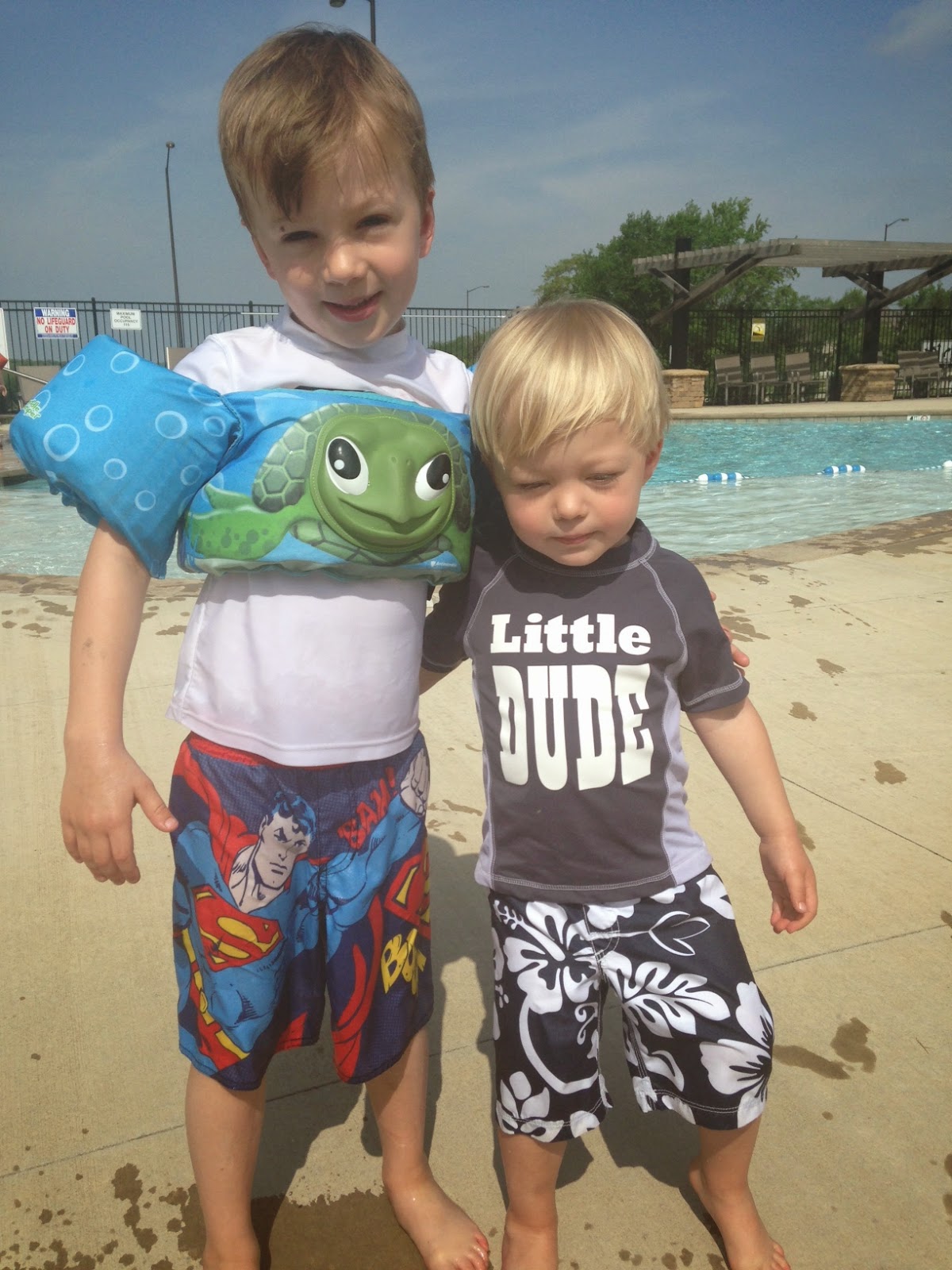 Although we have had multiple nights where we are the only family at the pool we have had days where the boys have been able to make new friends too. Its interesting to sit back and watch it all unfold, Kaden is not shy--"Hi, my name is Kaden. What's yours?" & then off he goes following his new buddy.

Logan, he ventures more towards the little kids but sometimes he is able to talk the bigger kids into playing ball with him. He'll stay in the shallow end while the boys through him the ball. He loves being able to feel as though he is part of the big kid crowd. 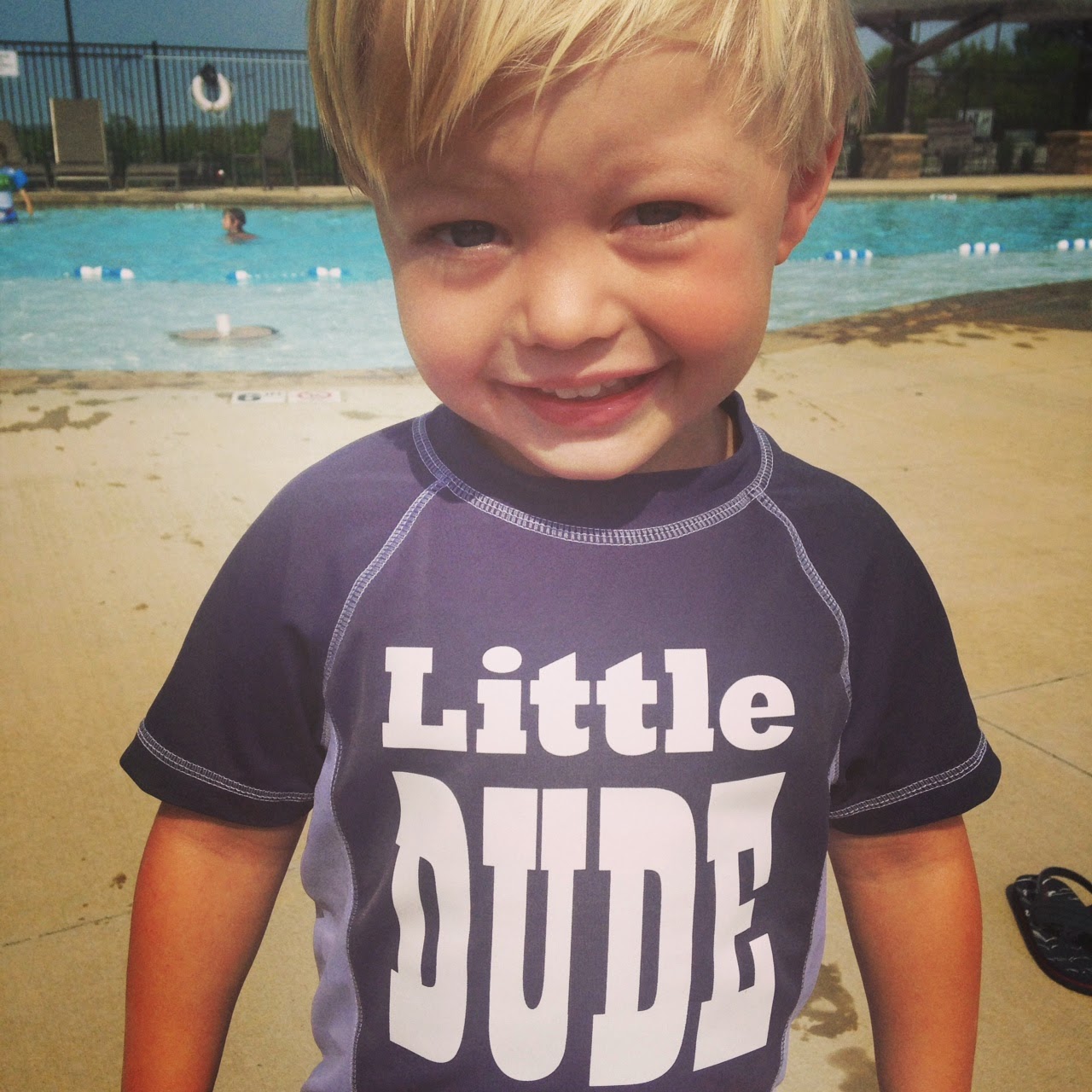 Logan didn't adjust to the water as easily. He would only go in the 6 inch part of the pool & on the steps, he wouldn't even let me hold him in the water at first. Each day we grew a little braver. He finally allowed me to hold him in the water. He finally laid back and got his hair wet. He finally turned around and started kicking BUT all while keeping a death grip on my arms. I had to promise each time not to let him go. The biggest breakthrough came on Sunday evening when he finally JUMPED to me, after which he didn't want it to stop. 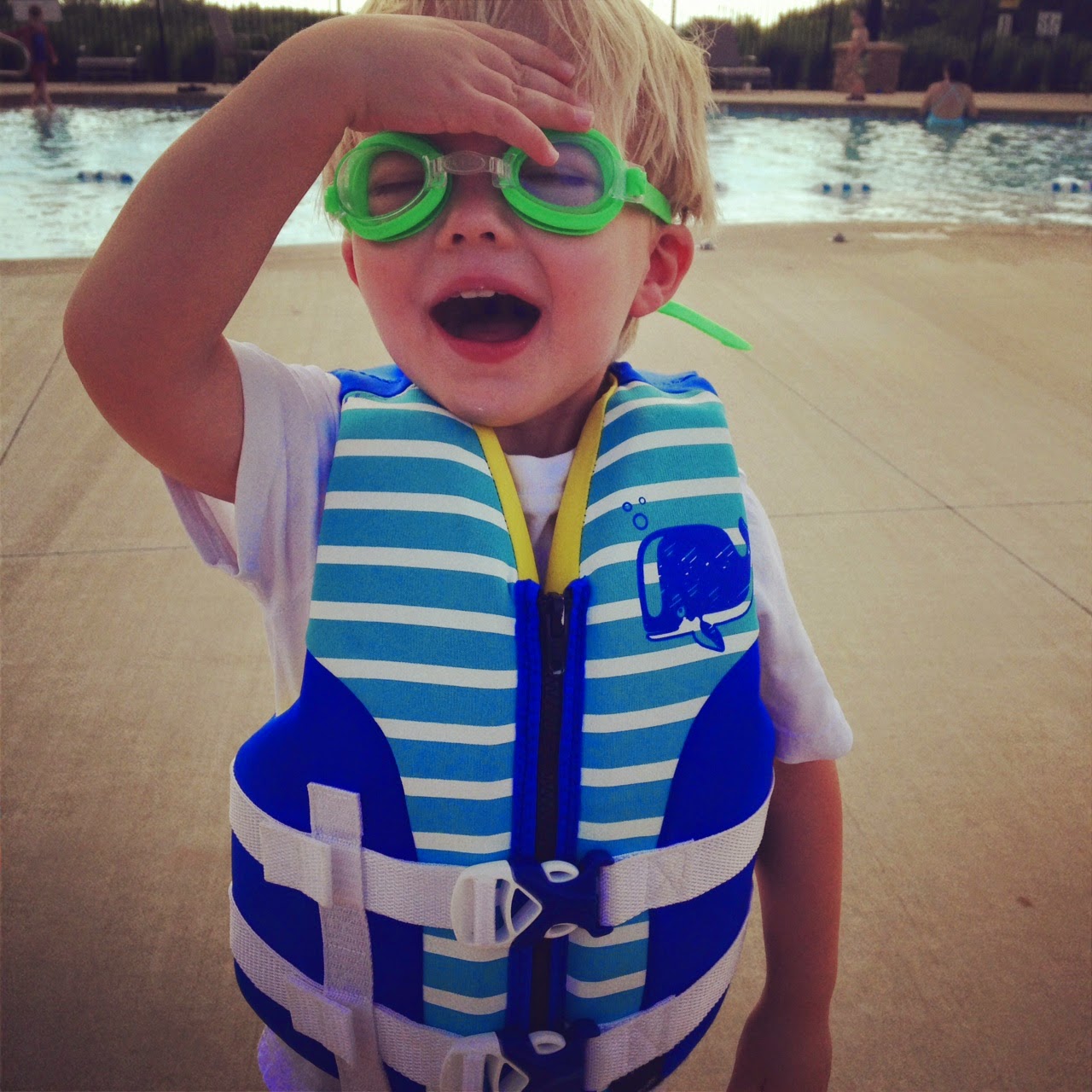 & I fully believe it would have taken us much longer for him to be this comfortable with the water had it not been for his big brother & his cousin. Each time we tried to get him to do something more we had Kaden and Colton show him how it was done. To show him that I wouldn't let go, that I would catch him each and every time. He wants to be just like them. 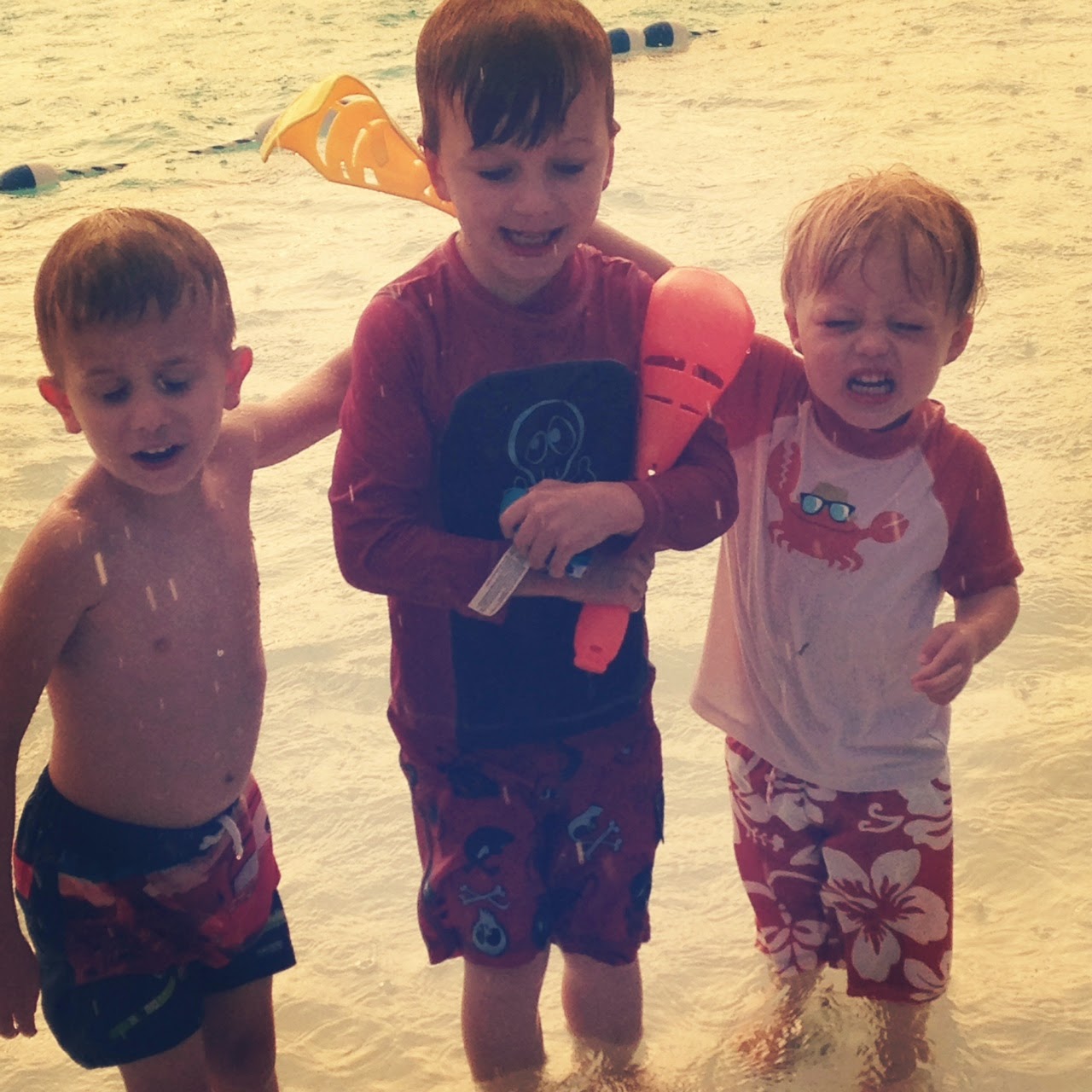 The last week or so the weather has been quite interesting, almost as though we live in Florida. Each night a little rain seems to pop up but we don't let it ruin our evenings. The boys are already wet so they just keep swimming and we head for a little cover. 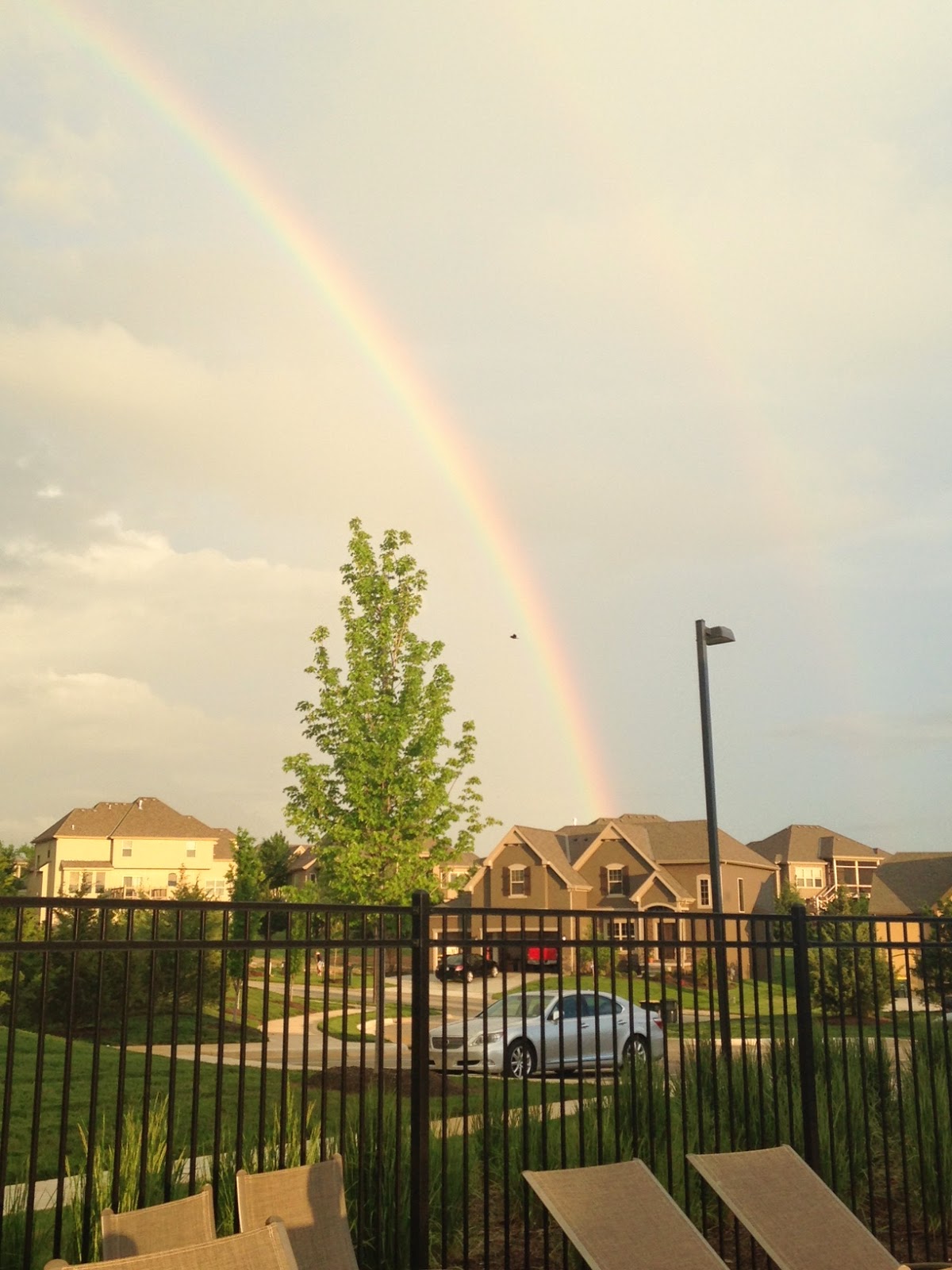 So far summer is off to a great start & if the rest of our summer is anything like the first few weeks have been, we are not going to want it to stop. EVER.

And that little truck right there, best money we ever spent. Thanks Angela for not allowing your kids to drive it while you had it, our boys (Justin and I too) really LOVE having it. It makes traveling to the pool so much easier & its only a matter of time before they are given their own parking space for it. 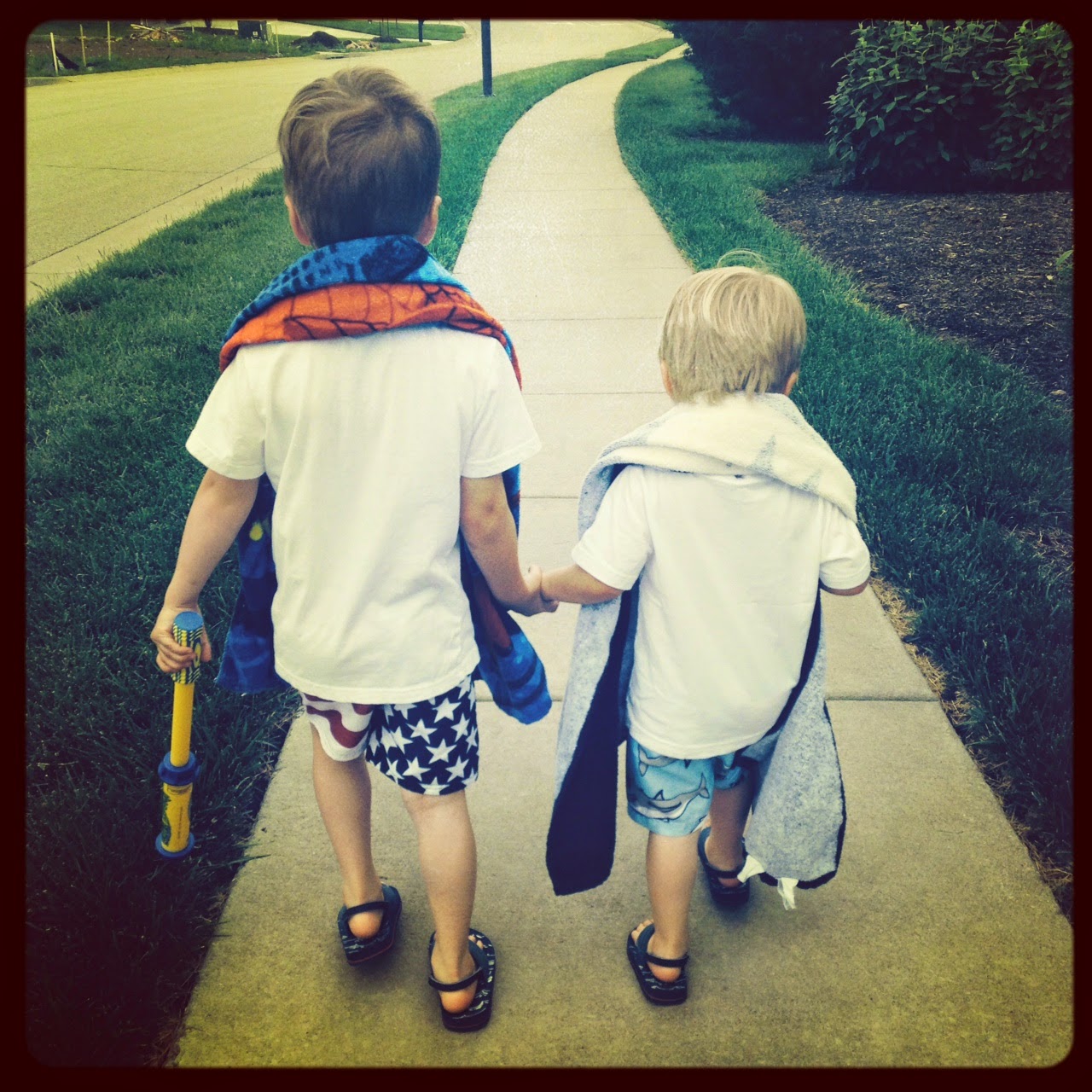