Soccer Comes To An End. 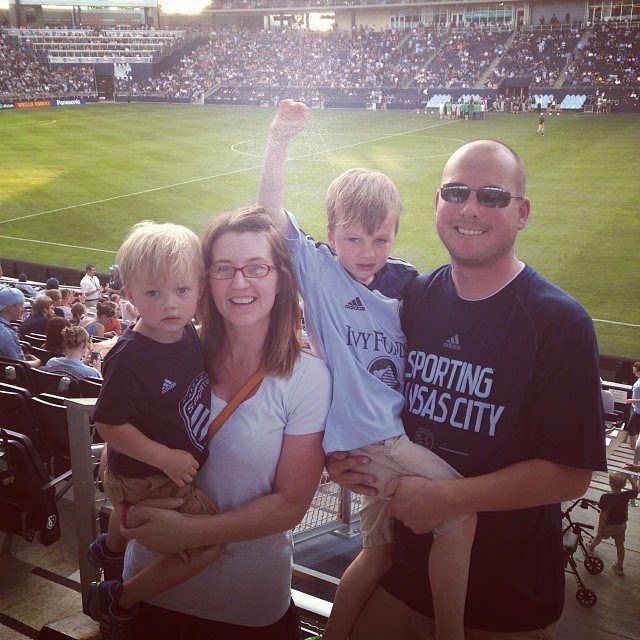 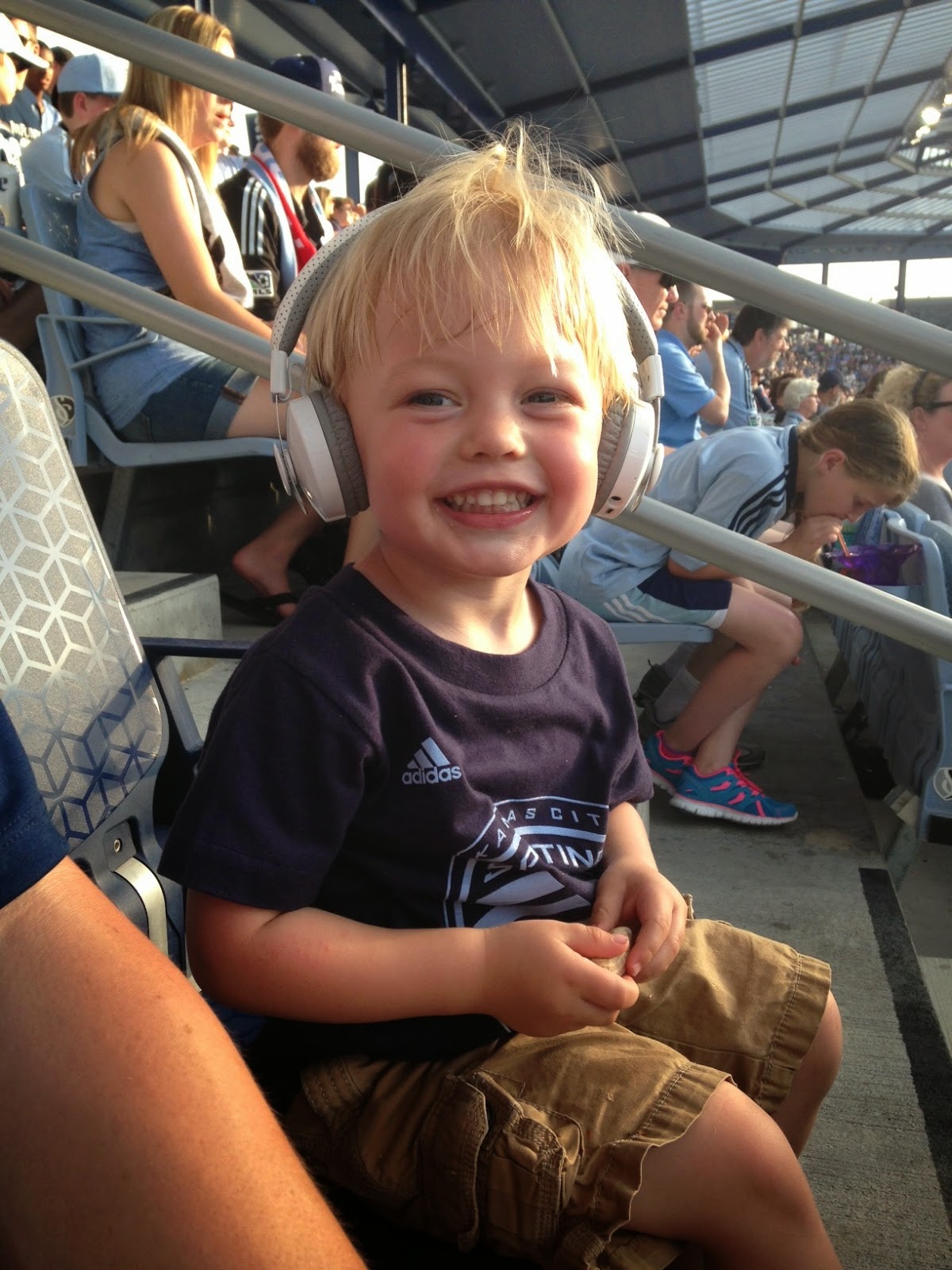 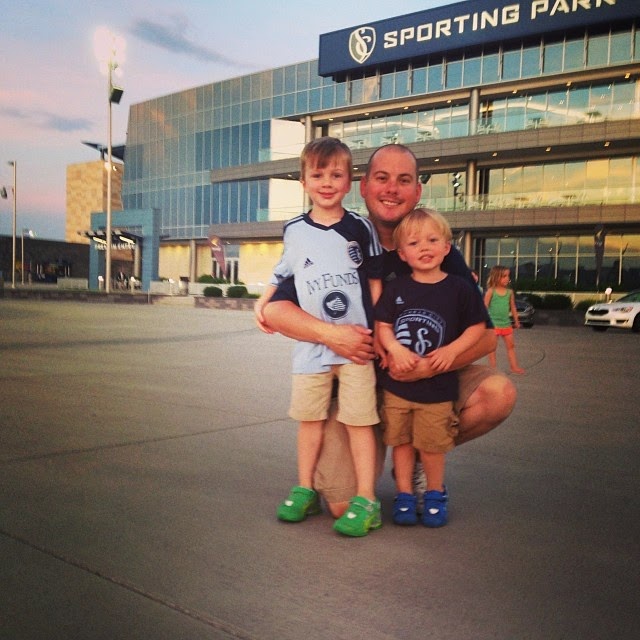 & I guess, I should comment on the FINALLY part--that was more Kaden's wish than my wish. On the last weekend of soccer he had two games, one on Saturday and one on Sunday. We told him that after Sunday's game he wouldn't have any more games and he kept proclaiming, with his hands stretched out to the side and about head height that "I only have one more game & then its over, FOREVER.". 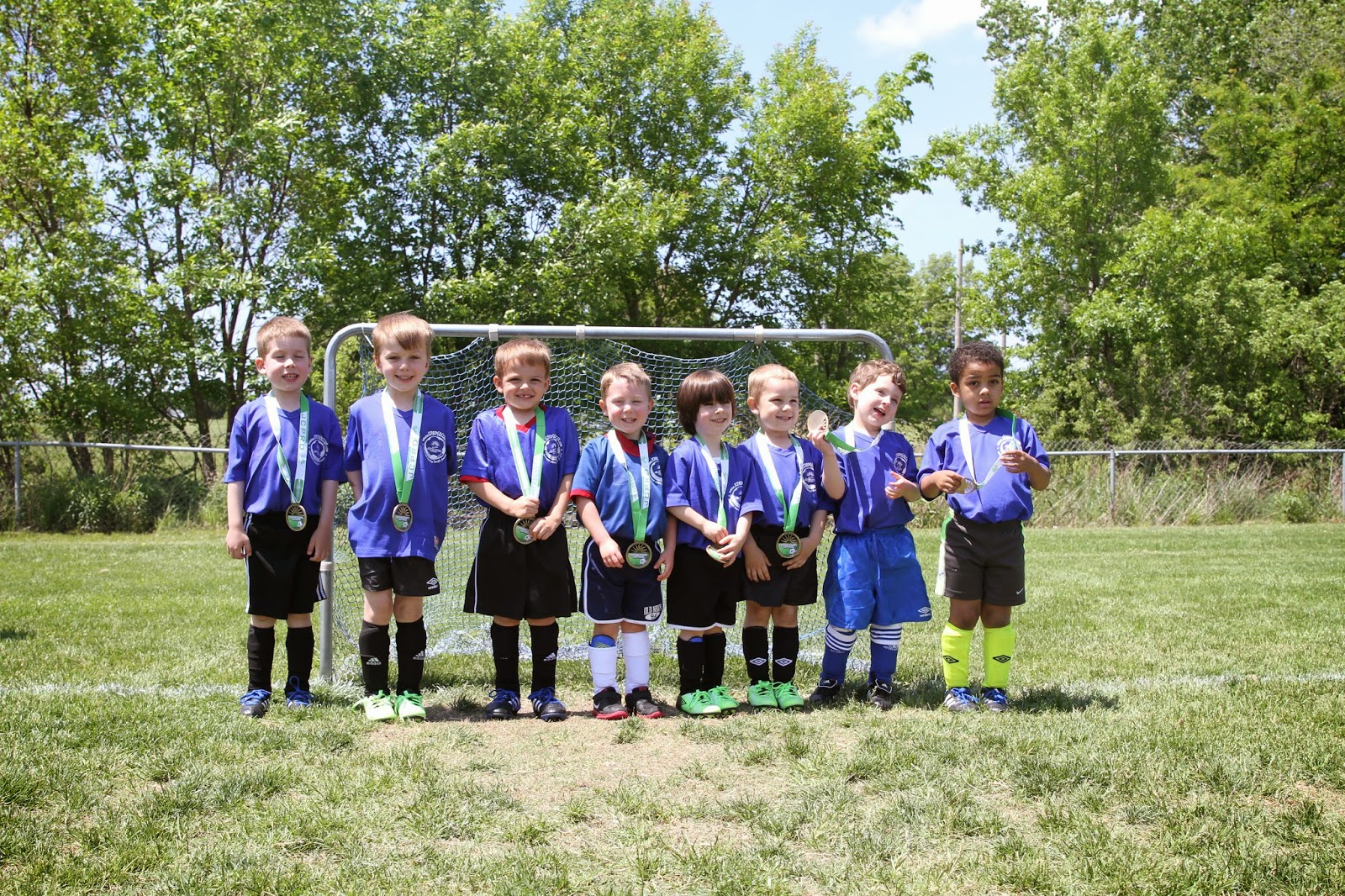 We started off the season in tears & game by game things got a little bit better. We never really had a breakthrough game but he at least seemed to be enjoying himself to some degree. Sure he might have been playing in the dirt while practice was going on or may have had to play catch up because he wasn't paying attention when the ball took off in the other direction but he was still smiling, for the most part. 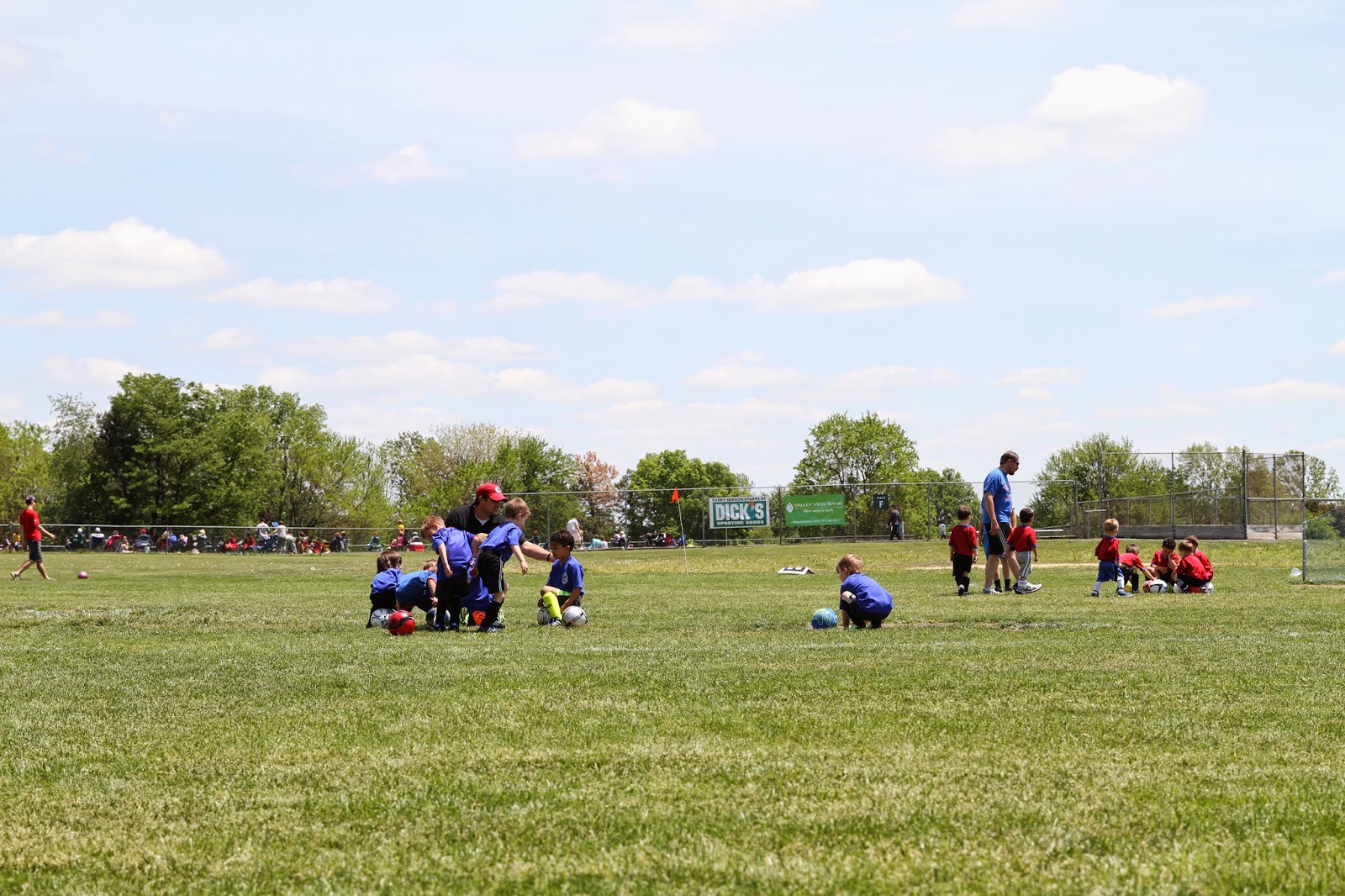 His favorite parts of soccer were playing Pirates during practice and then running through the "tunnel" that the parents did after each game. 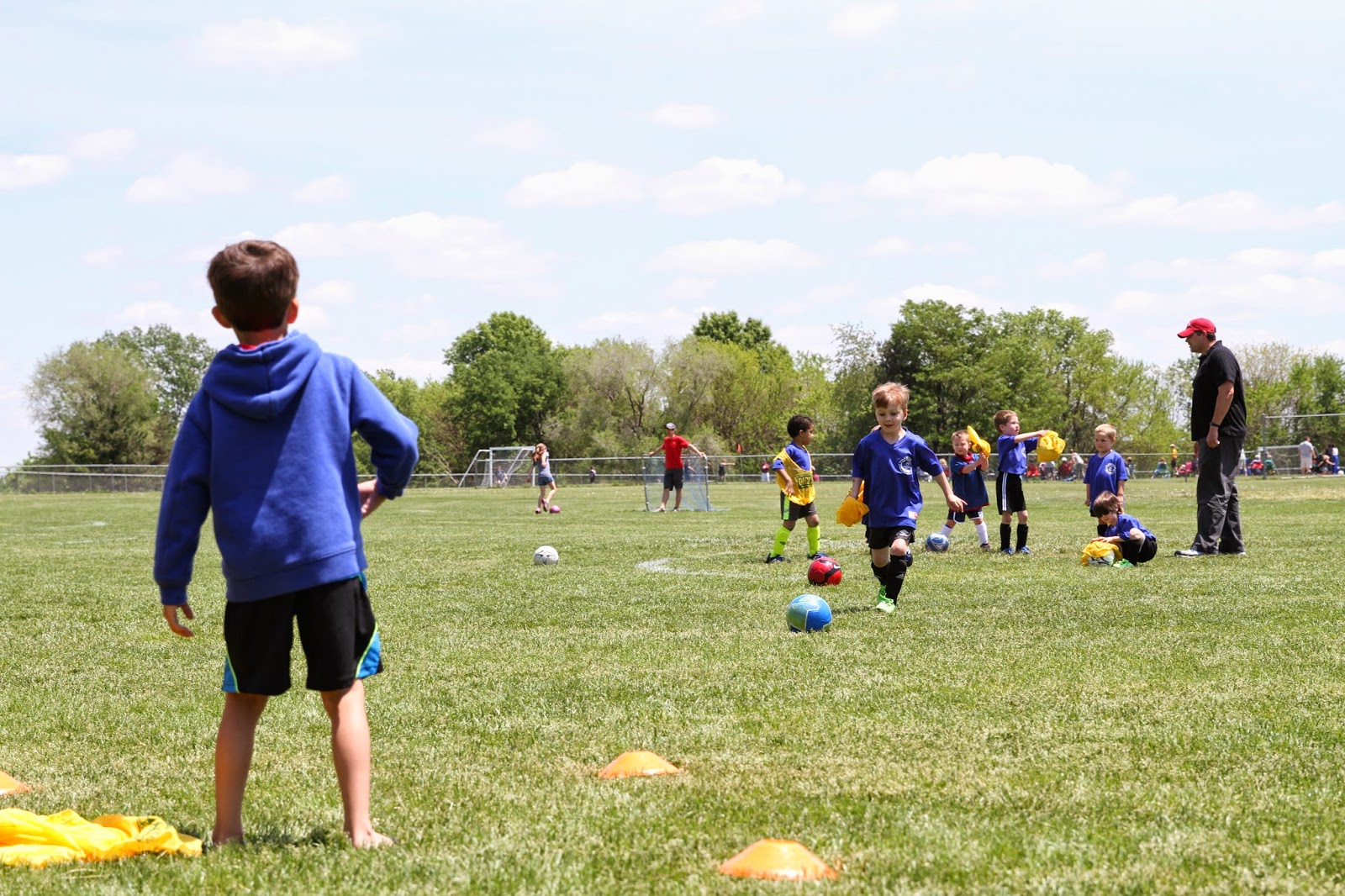 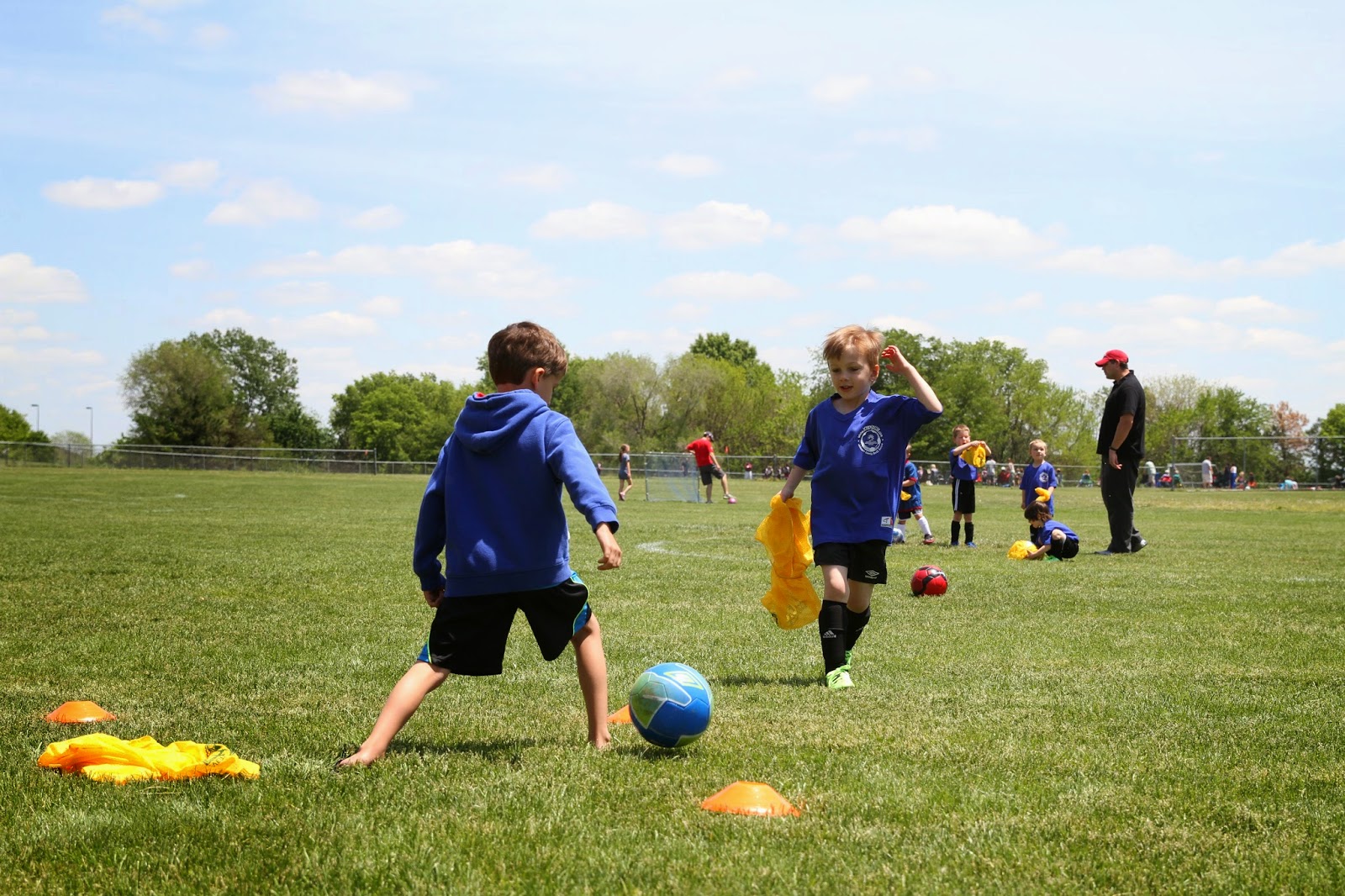 His least favorite part of soccer, the actual game. He avoided the huddle around the ball. During the last game he finally got a little closer, albeit he was running around the circle with his arms flailing like he was the one being chased. Now, I will give it to him, he looked cute doing it and the parents all thought his reaction and comments were adorable, I just wanted him to kick the ball.

On the last game the Coach let him and one of his buddies be the Captains. They both got to walk out to the middle of the field, shake hands and call heads or tails. As soon as he flipped the coin, Kaden caught it. In the air. Can you say "let's try this again"? He also started the game which actually I think might have helped, he was focused for the first few minutes. He had one breakaway with the ball which led to a Comet's score---I don't think it counts as an assist but he was sooo happy. As were Justin and I. 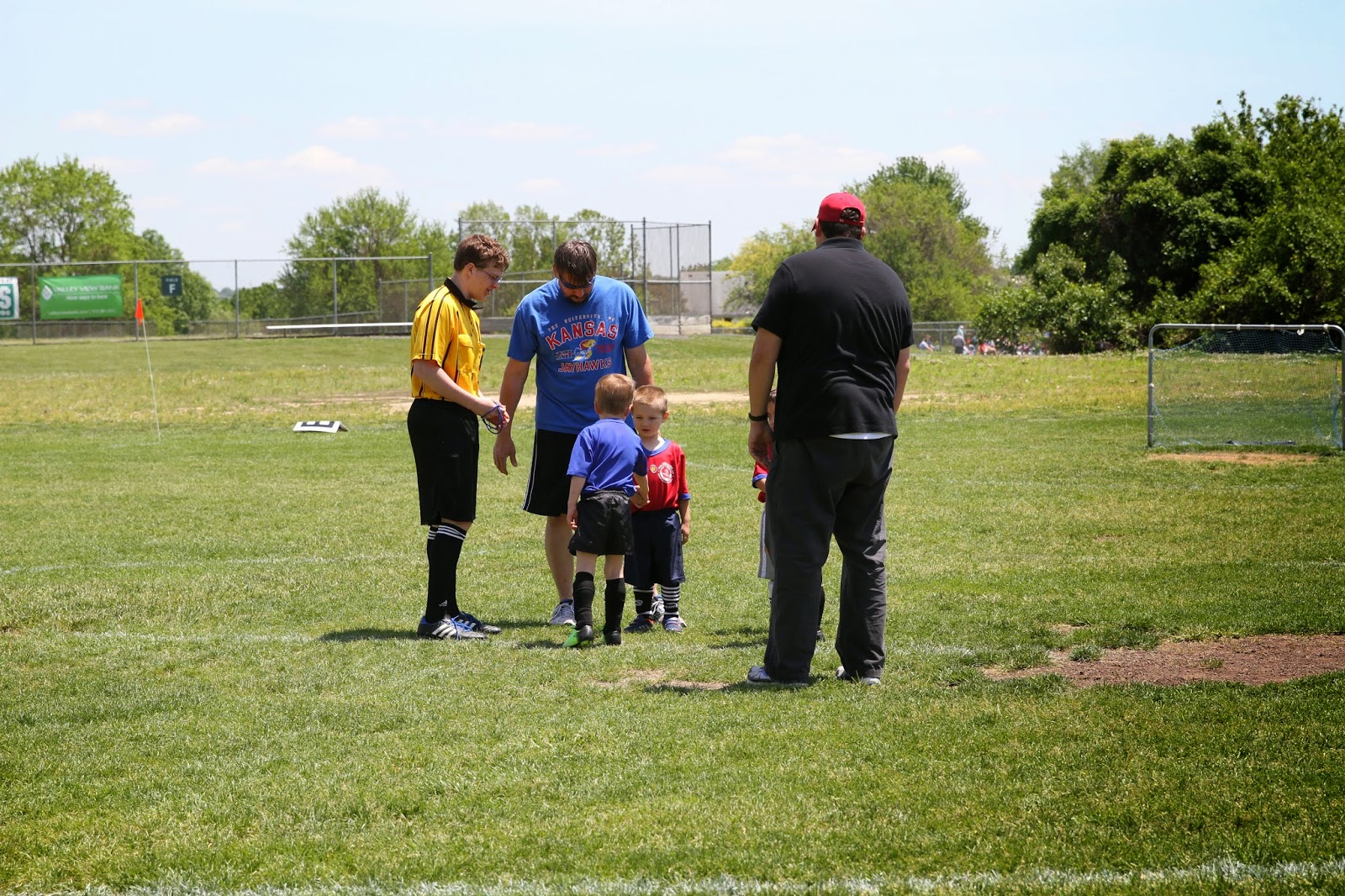 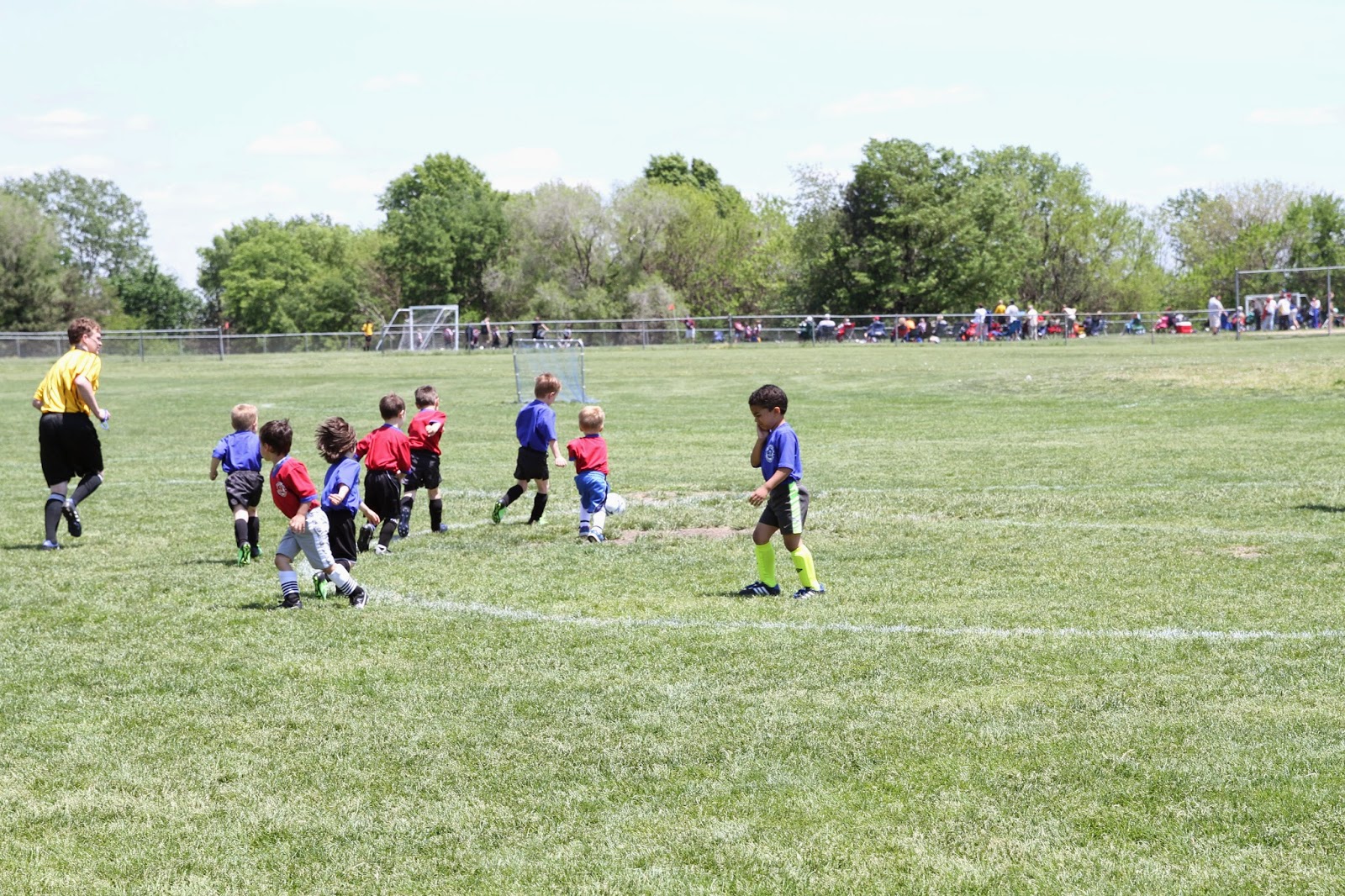 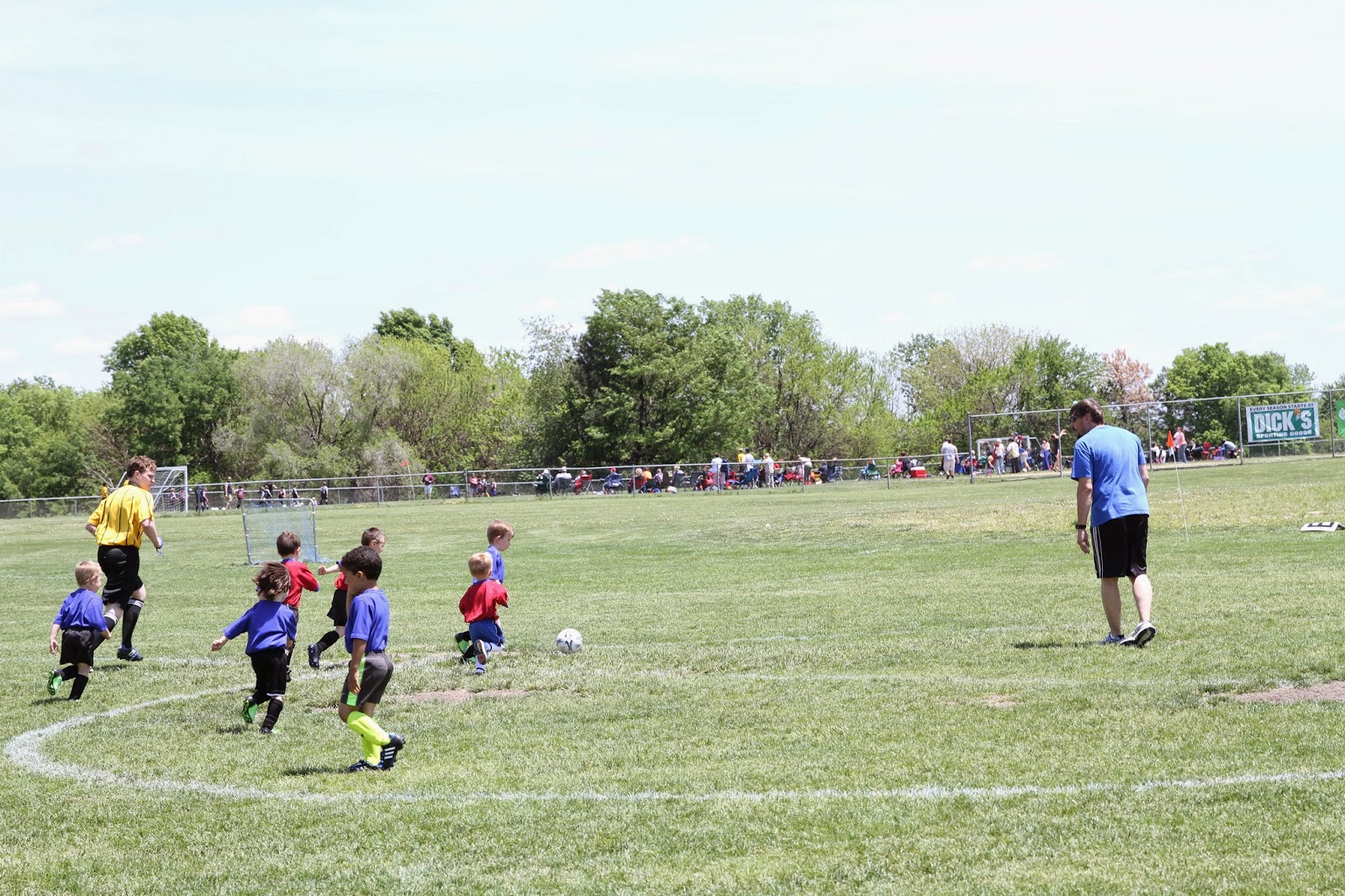 It was just nice to see the kid smiling for a change--it had been a long season and the breakaways that he did have all ended without a goal, a couple by inches and you could just see his heart break so this was good. He needed this. The Comets needed this. & I think since we ended on a "good" note, he might actually want to play again next year. I mean he did get a medal and a cupcake which he thought was SOOOOOO AWESOME. 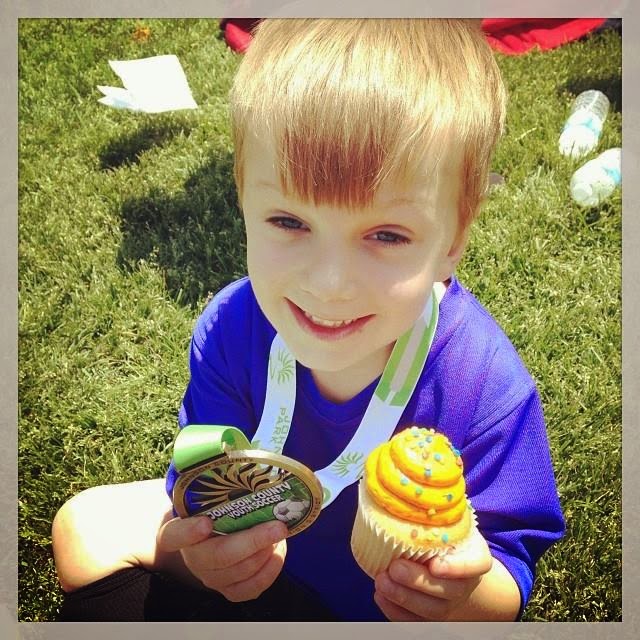 & if he doesn't, I know one kid that is just dying to get out there and try. The same kid who watched from the sidelines this year as his brother played. The same kid who picked flowers for me, kicked the soccer balls out of the net for the boys, cheered on the team. This kid is so ready for his shot... 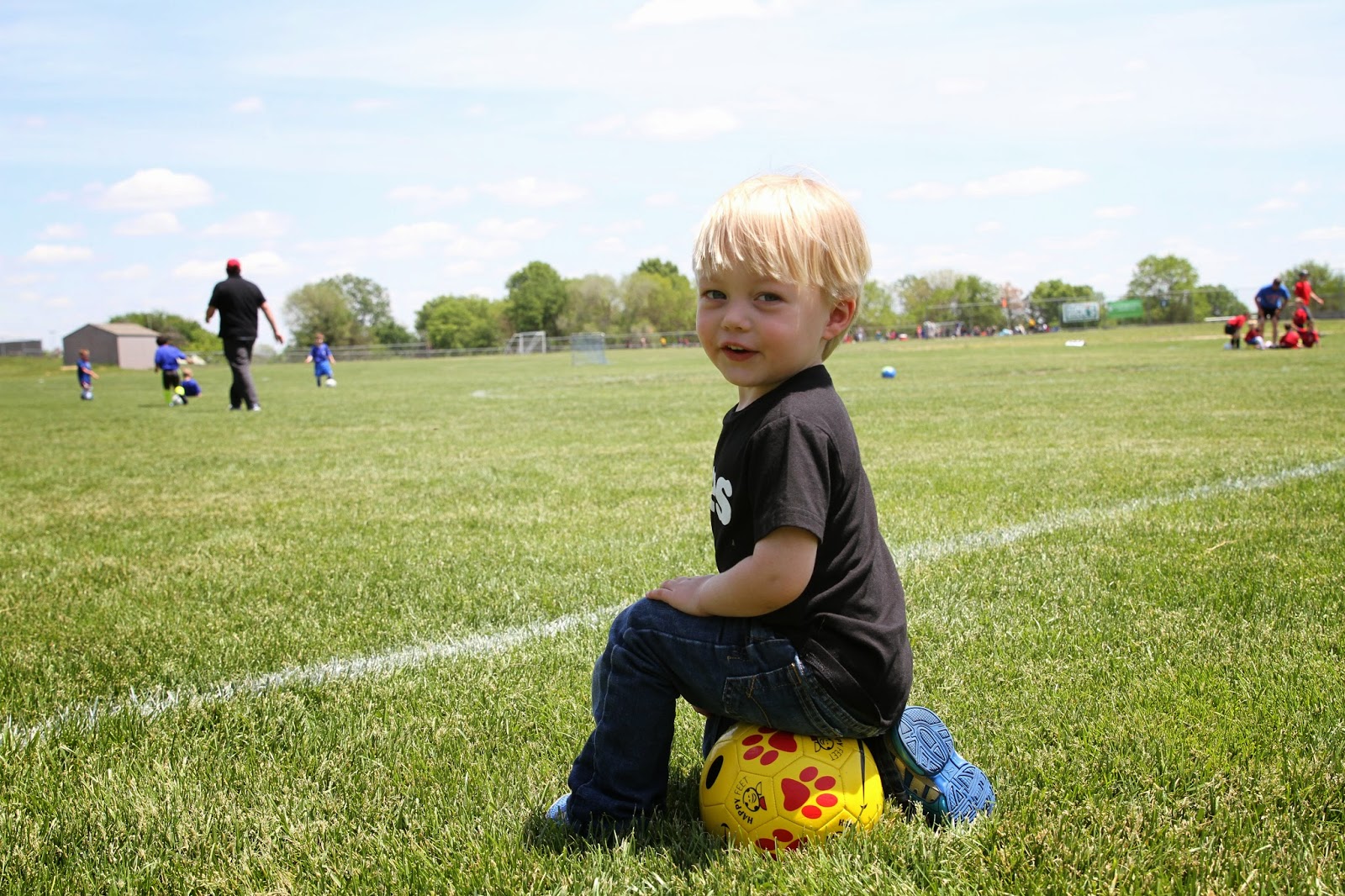 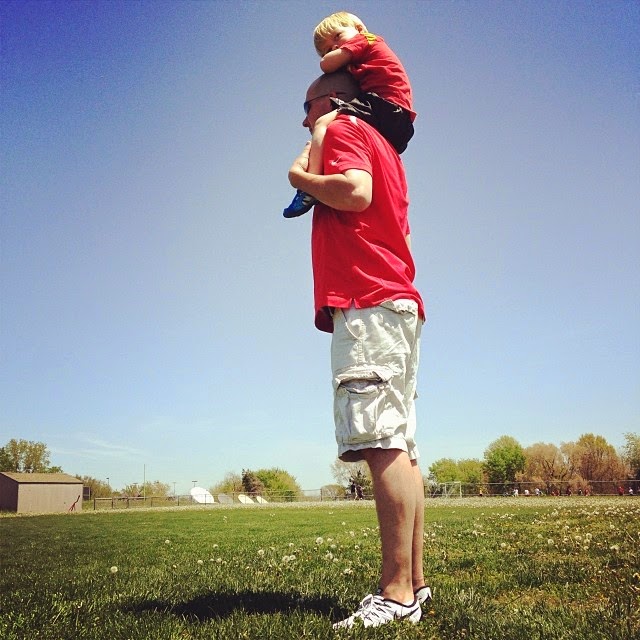