When asked what I wanted to do for Mother's Day I said, "be with my boys"--all three of them. It didn't really matter to me what we did, just as long as we were together. After all, they are the reason I get to partake in this little old holiday. And you know, some Moms' may have wanted a spa day, to go shopping or just quiet time & I can totally get that but for me, I just wanted to soak up my time with them. I work outside the home and part of that requires travels so I already feel like I give up too much of my time so giving up time on a Sunday just wasn't something that I wanted to do. I needed this day with them. 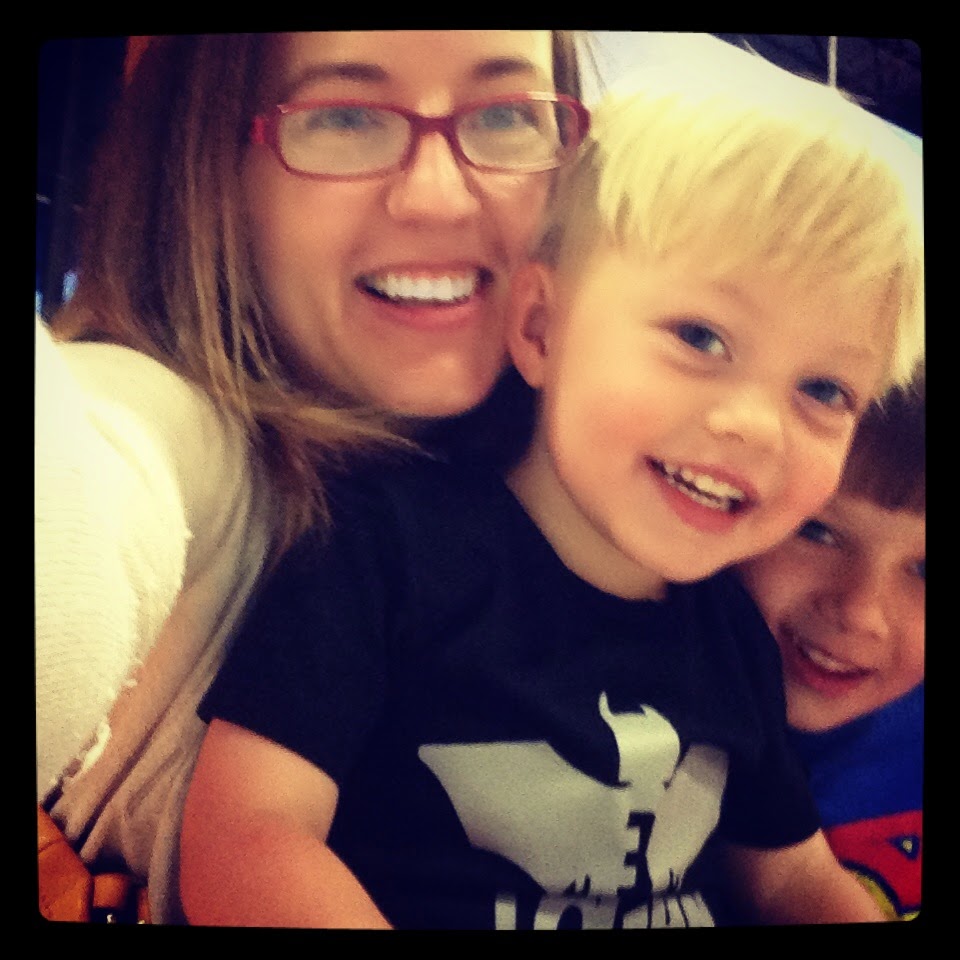 We started off Sunday like every other recent Sunday with the early service at church. The boys were pretty excited for Sunday Class and came out proclaiming that "JESUS LOVES EVERYONE!". That He does. That He does. We actually had some special guests for church, Grammy, Uncle Adam, Aunt Becky and Cousin Colton. We followed church up with brunch at our house but not before stopping and grabbing my iced tea. Mother's Day wouldn't be Mother's Day without a tea! Actually, I don't think any day would be an "okay" day without a tea! 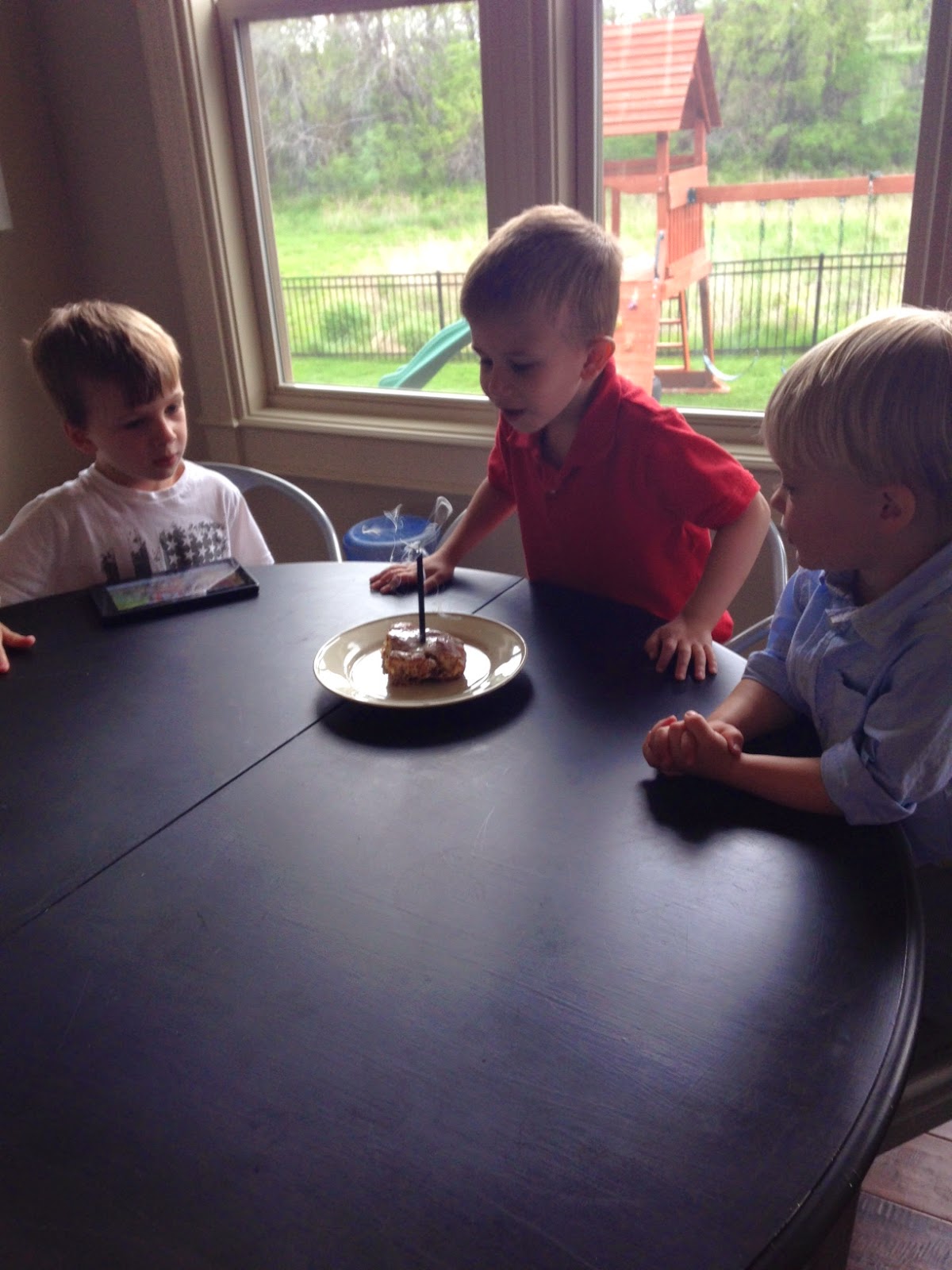 Before we dug into brunch, we sang Cousin Colton Happy Birthday since it was his actual birthday & lucky him, he got to blow out a candle on a cinnamon roll. YUM! The big 5, where has time gone? 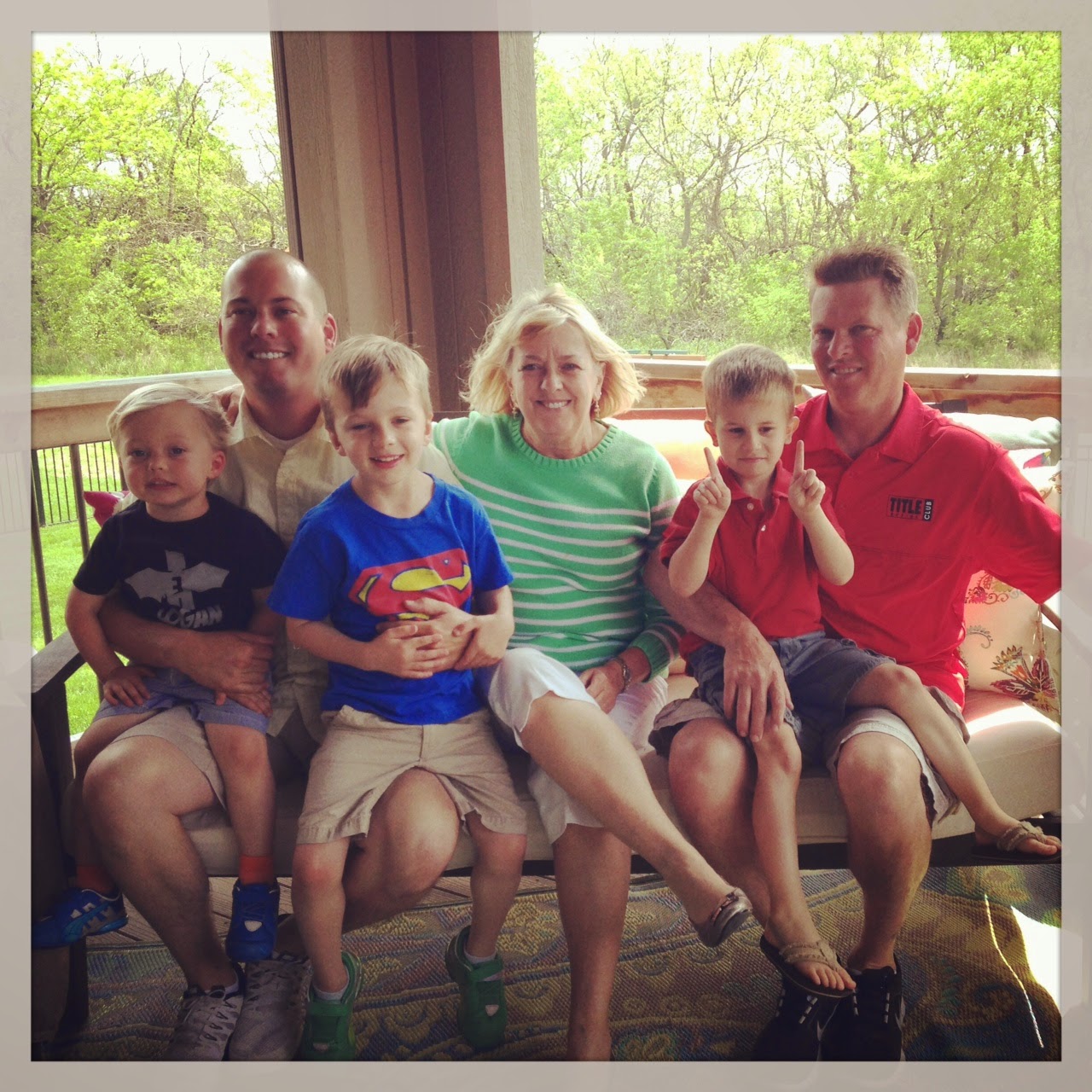 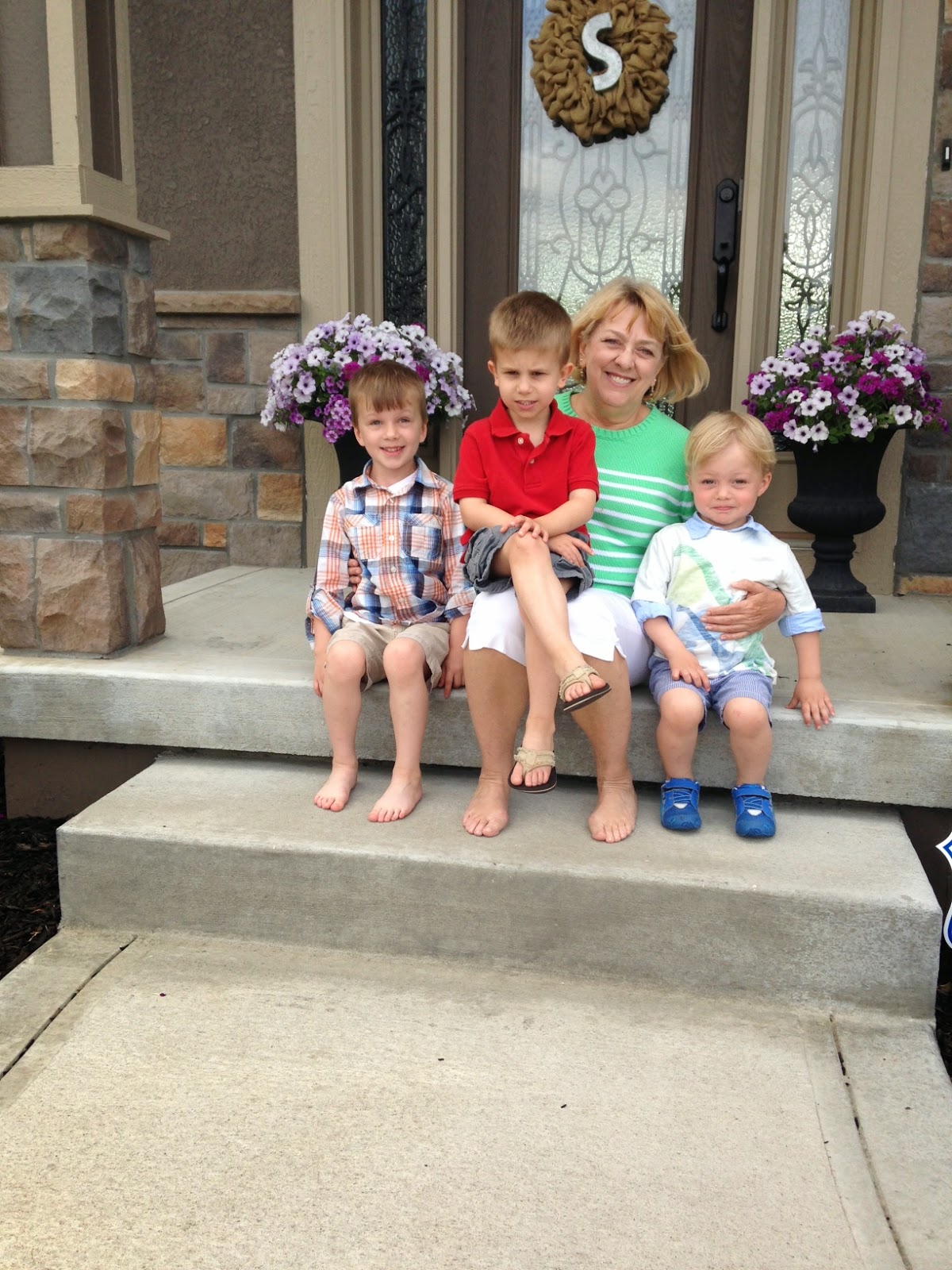 We had just a few hours before nap time so the boys and I took off for Sky Zone. I figured that since Logan had such a great time there on his birthday that we should go back & let Kaden see what all the fun was about. Luckily, it wasn't busy at all and the boys hopped from one trampoline to the next. 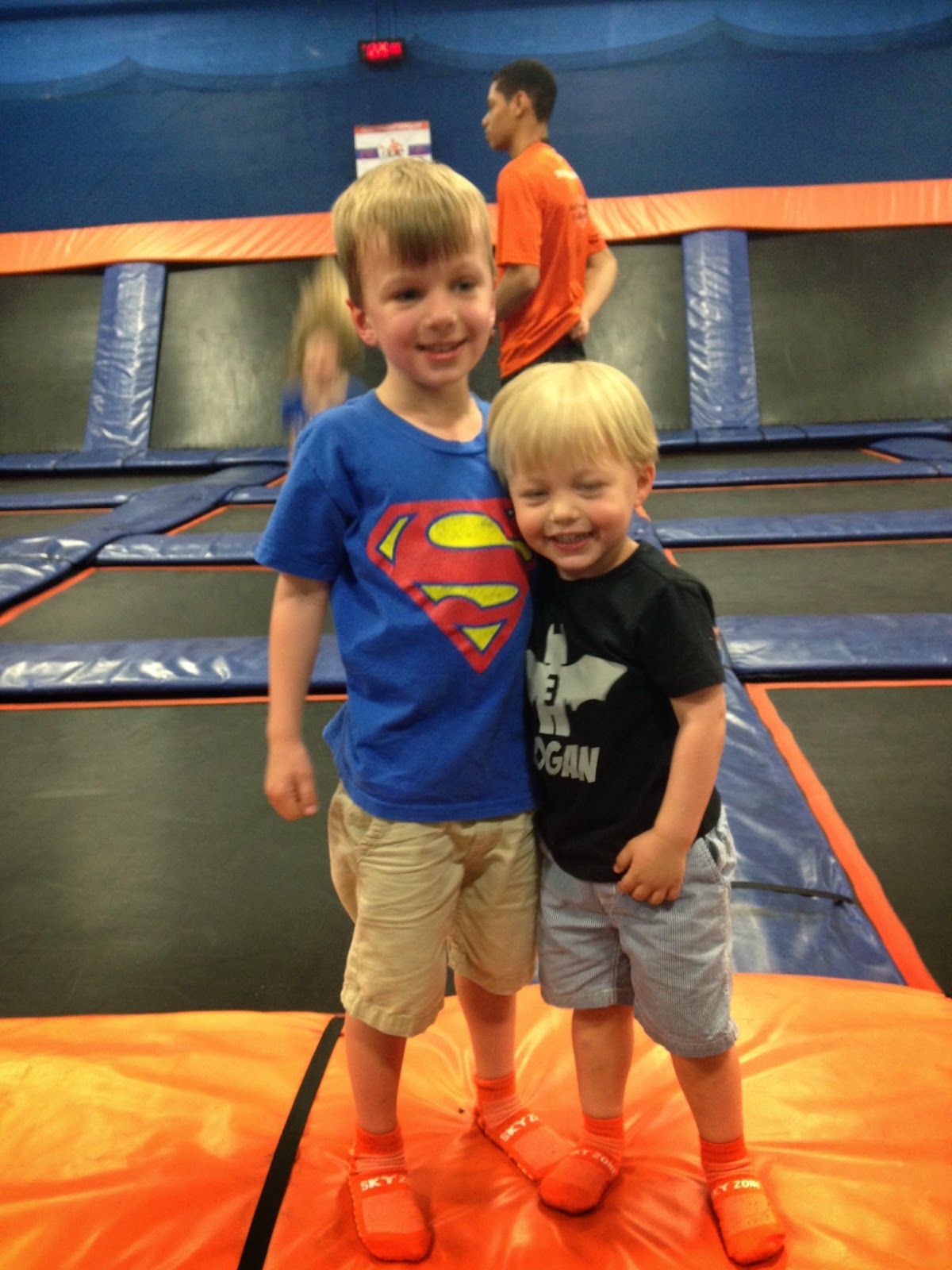 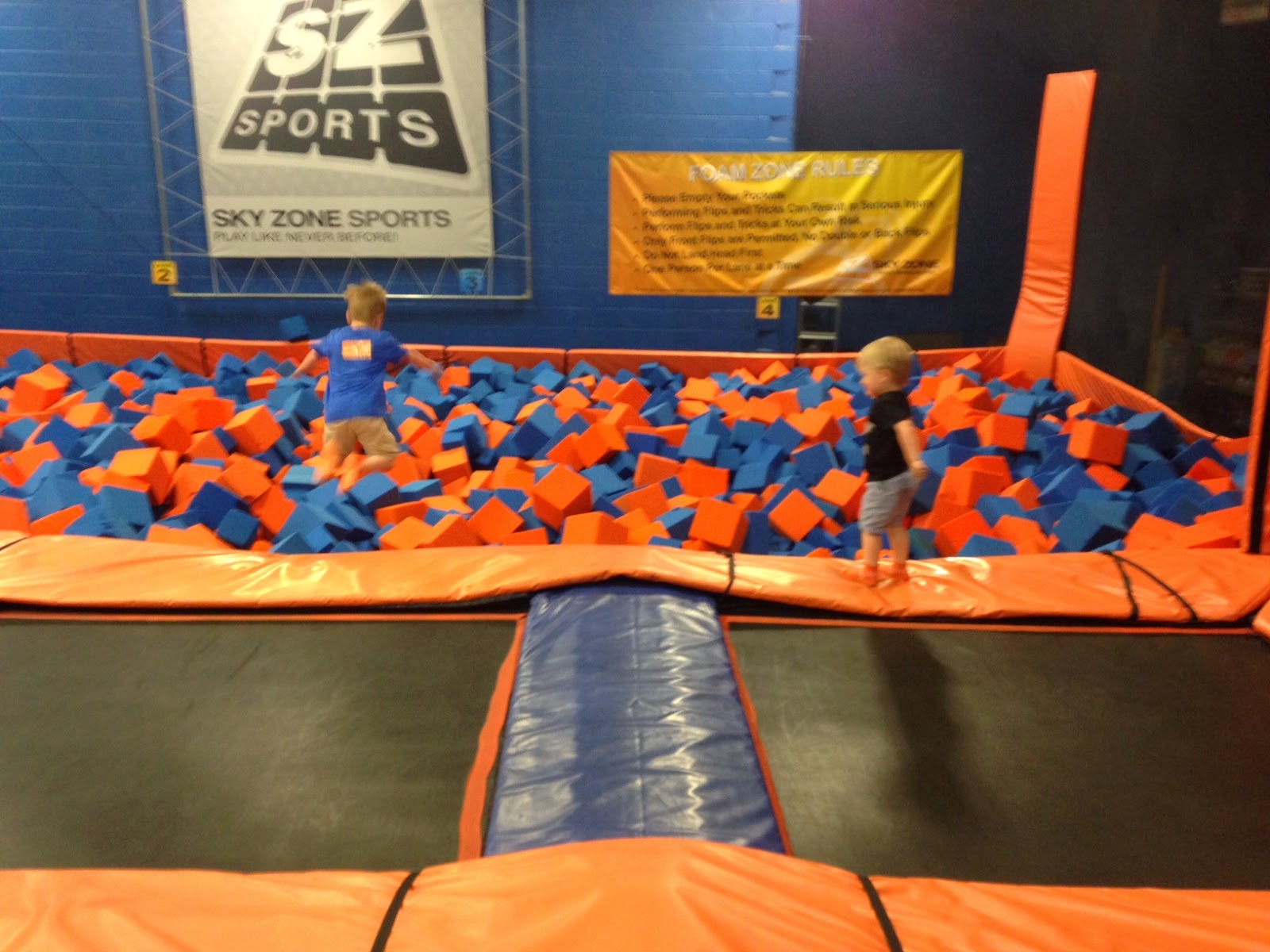 We did have one tragedy & it pretty much happened as soon as I got the boys socks on and sent them to jump--I dropped my tea and it busted all over the floor. I was so distraught & for the rest of the hour I was sooooo thirsty.

So we made stop #2 at Sonic on the way home. Hey, a happy wife is a happy life.

Once home Logan mentioned how he wanted to sleep on my shoulder & laid his head down as I carried him in. He had me & we spent the next few hours having family nap time on the couch. Logan curled up next to me. Kaden laying next to Justin and we all fell asleep watching golf.

A few hours later we woke up and Justin started dinner. He grilled one of my favorites, we had salmon and then grilled chicken with his homemade guacamole---to.die.for. & then I skipped out of the house and headed off to the hospital to meet Mr. Breck. 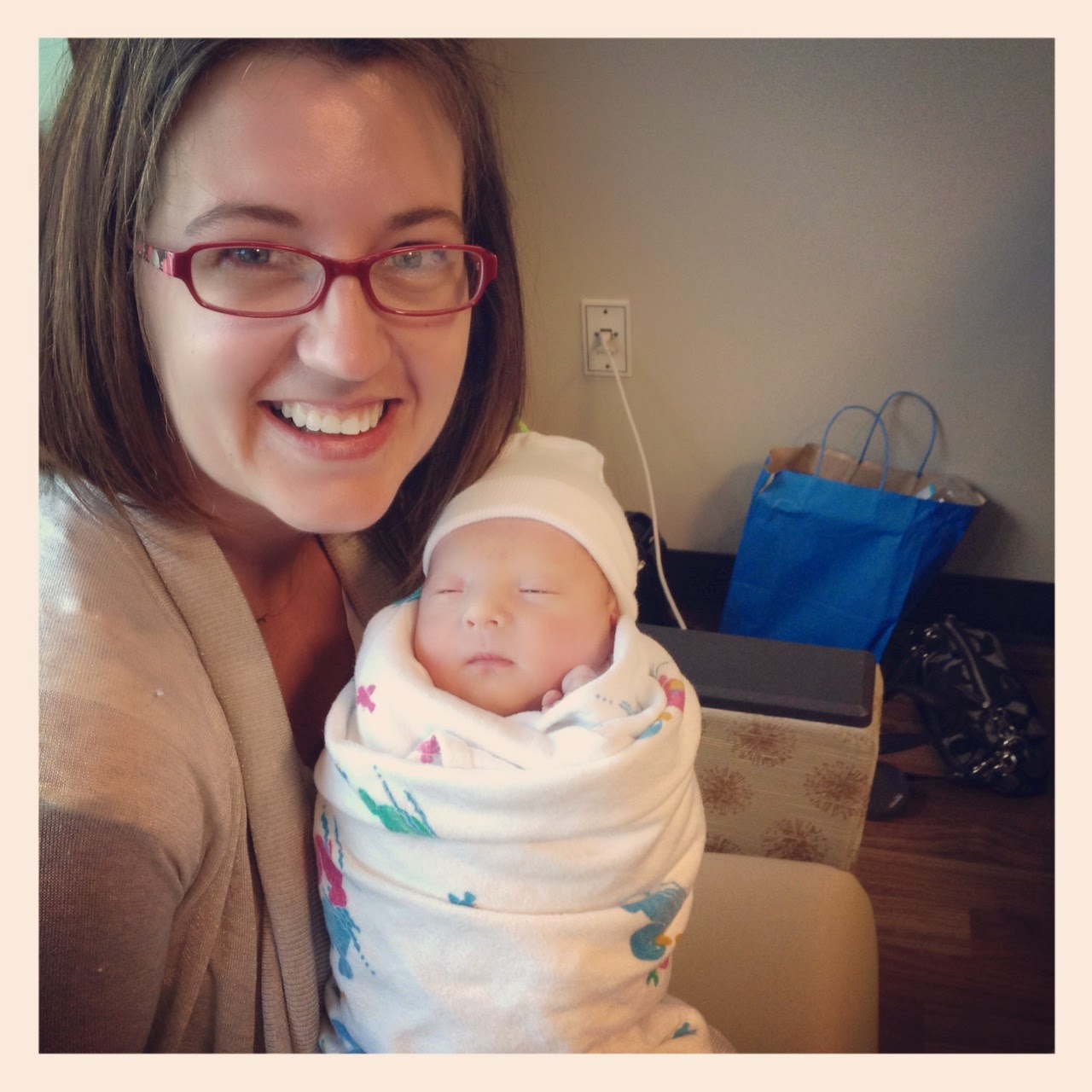 Mr. Breck decided to come a few weeks early and give his mom the best Mother's Day gift EVER. He might have been 4+ weeks early but he didn't spend one second in the NICU, he passed every test with flying colors and was headed home just two short days later. CHAMP! & did I mention he is the cutest little thing?!? I could have sat there all night holding him & talking to his mommy and daddy, just the perfect little family of three. Couldn't be happier for them.

Now, not only did I spend most of the day with my boys, which was more than enough, they also spoiled me with flowers and chocolate covered strawberries at work. They each made the most adorable homemade gifts & cards while at Brenda's---thank you Ms. Brenda for always making us Moms feel so special. I had a huge smile on my face when they showed me what they had made & they couldn't have been more proud. 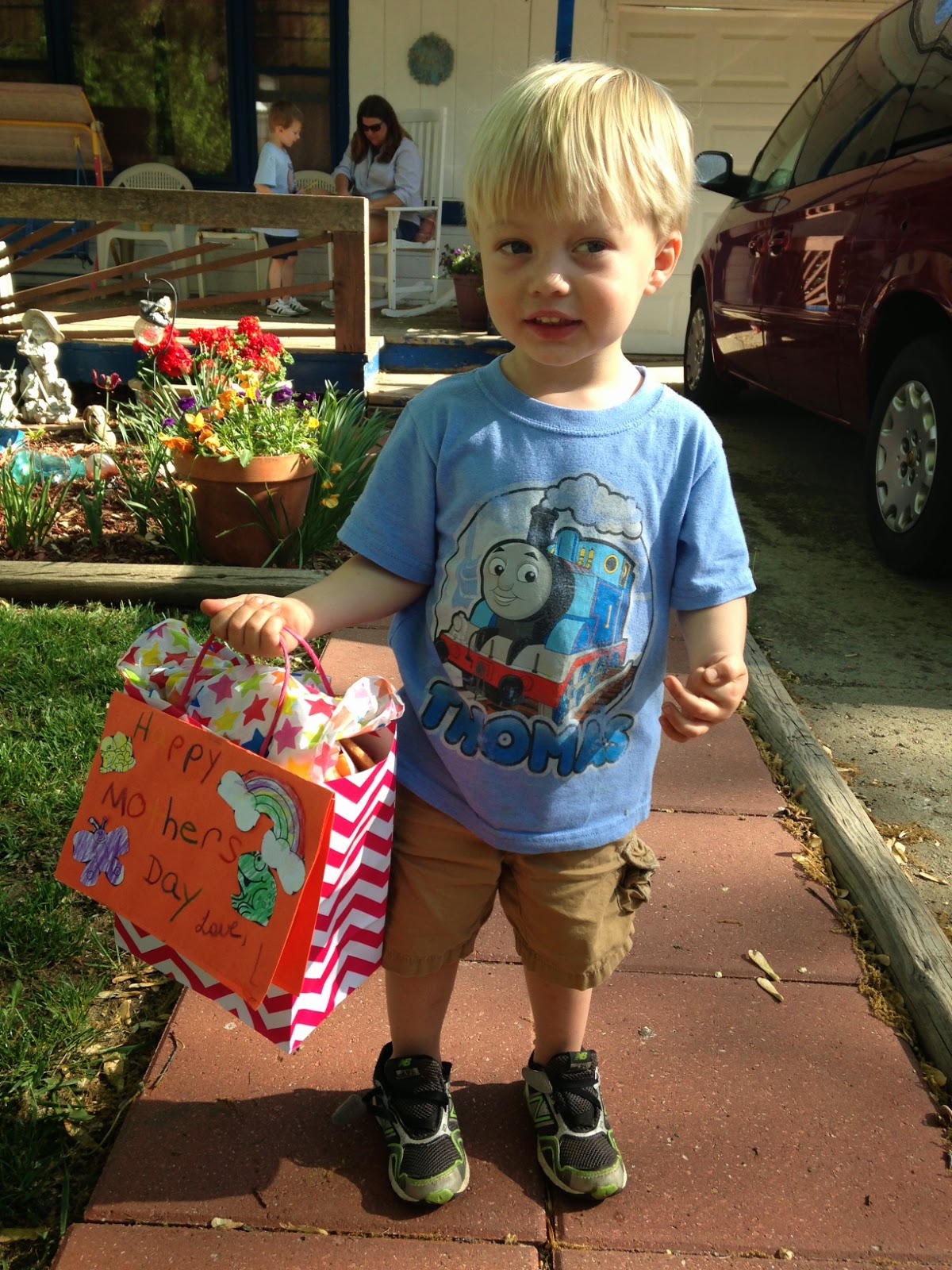 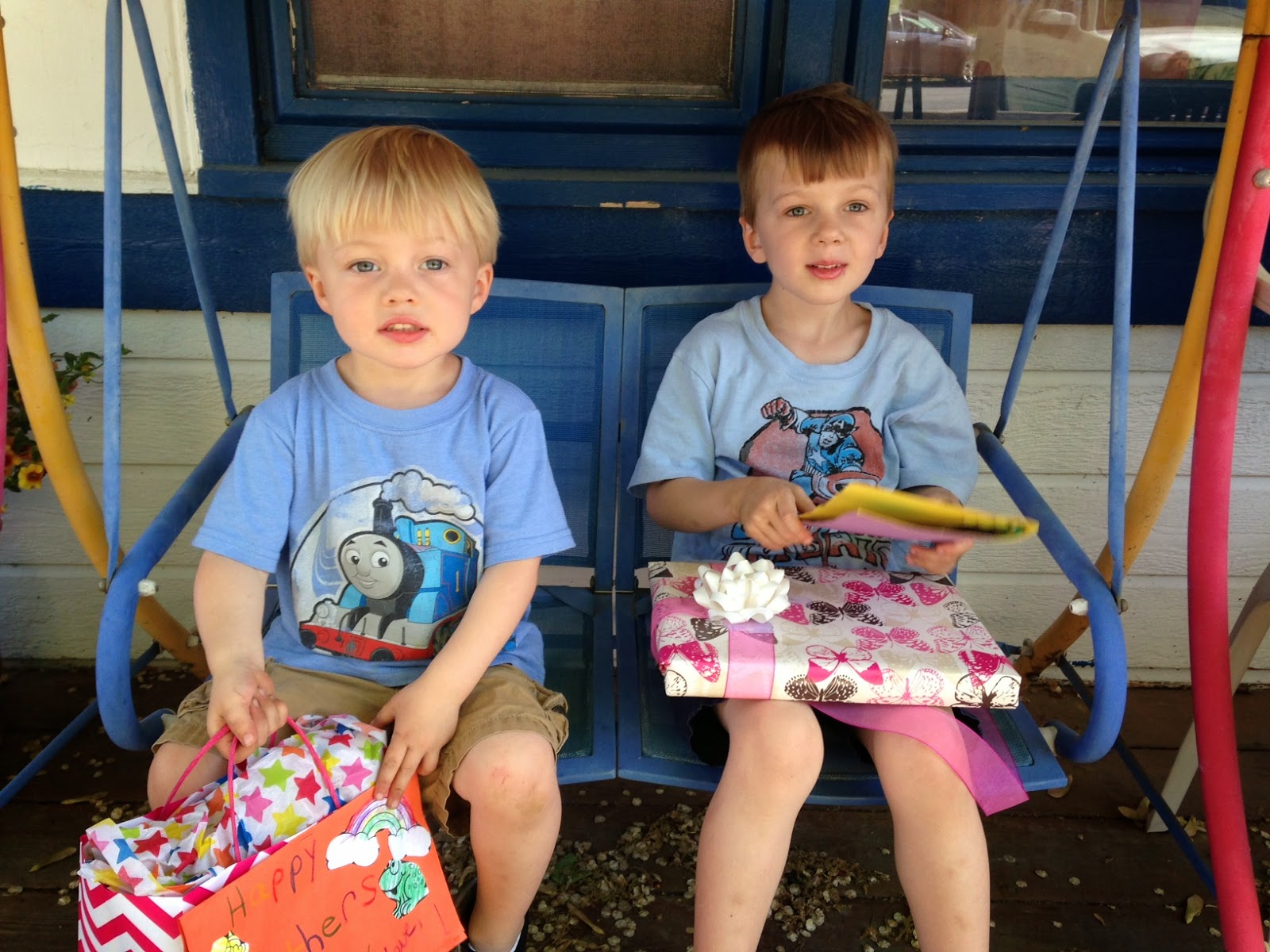 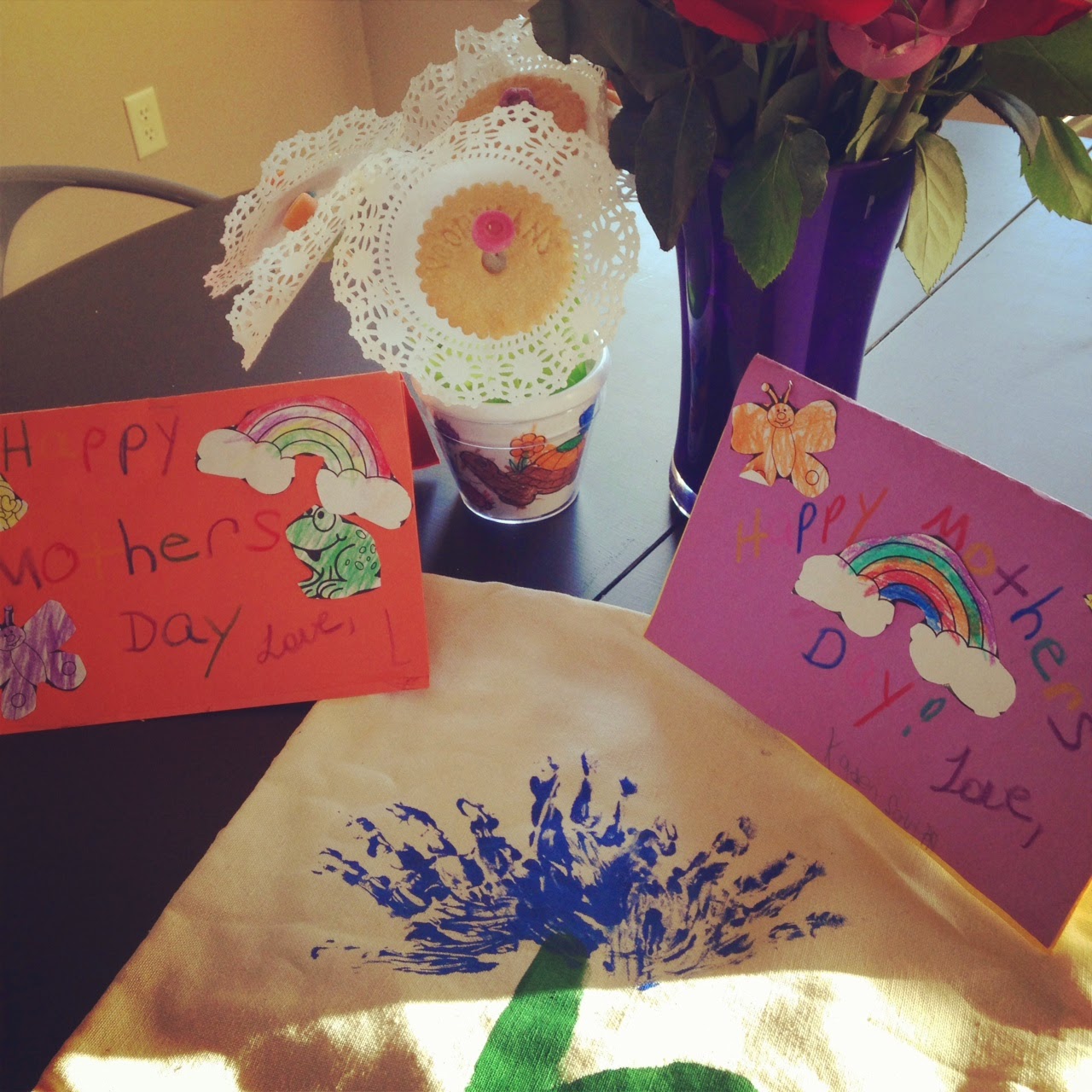 & just like my birthday which last for the entire month, a few days later another gift showed up in the mail. Who knew Justin had such great taste. I mean seriously, how did he know I wanted a necklace that was small and dainty, one that I would NEVER take off. I mean its like he knew exactly what I wanted! ;0) 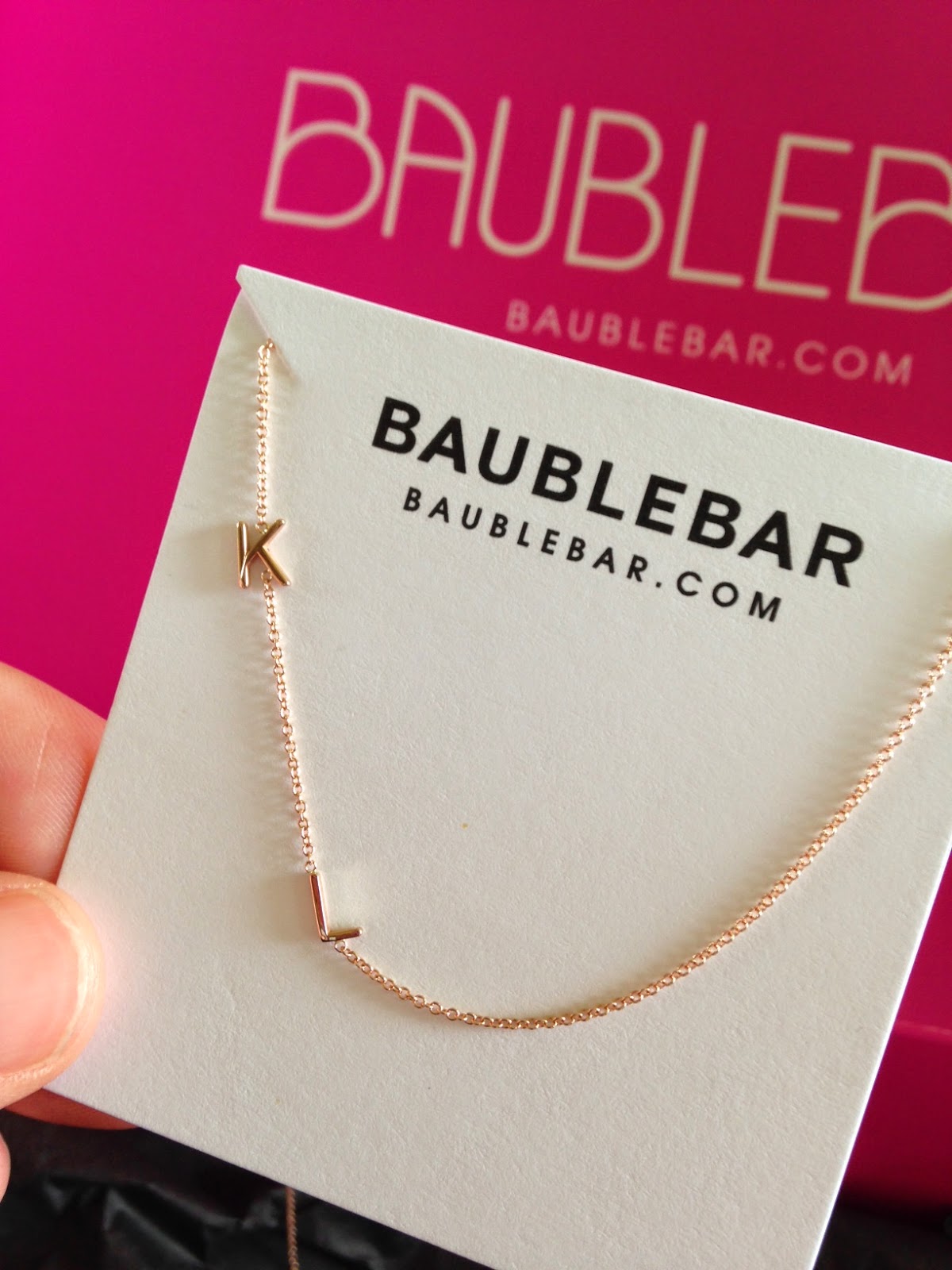 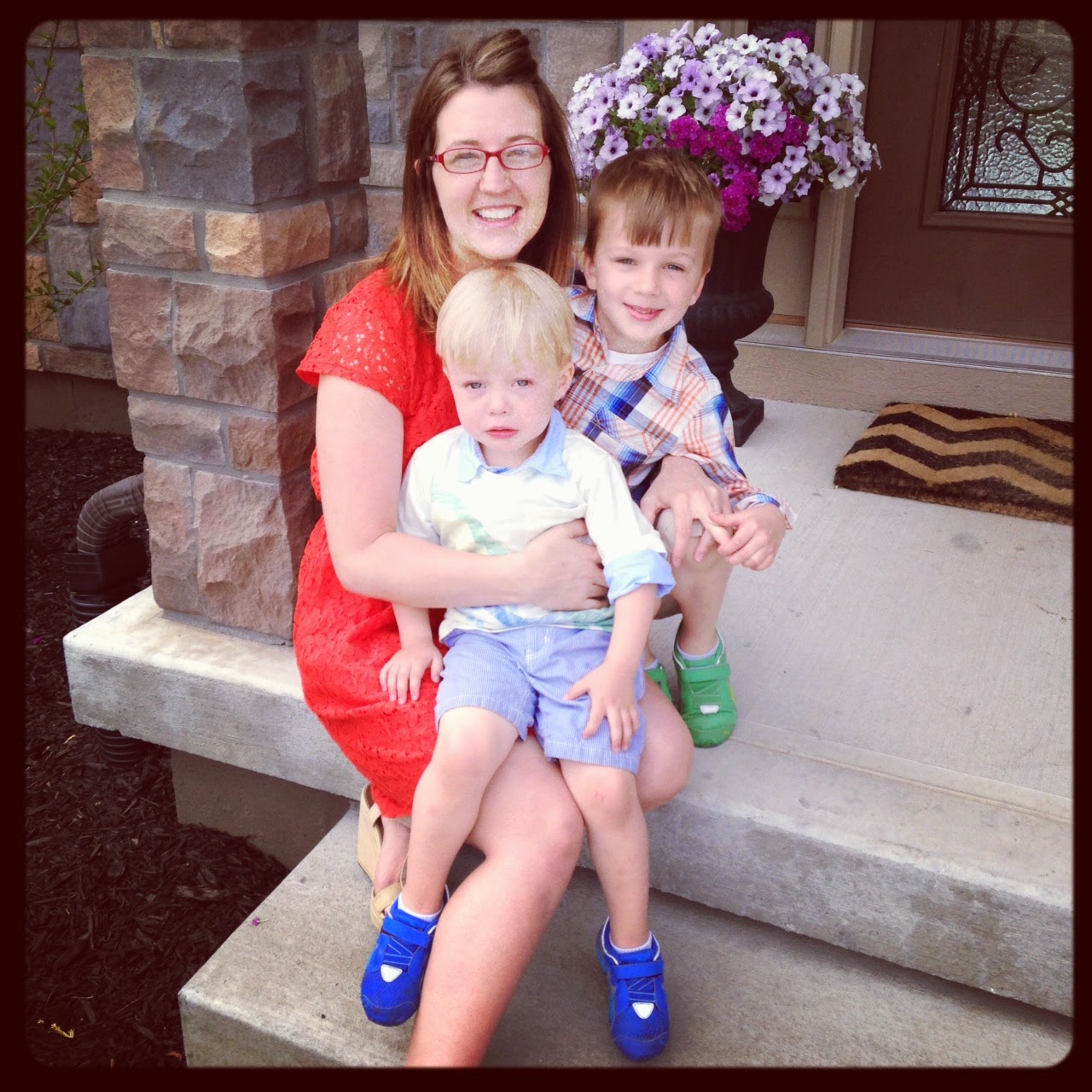