All For Baby Boy Classen

This past weekend alongside some wonderful women, I had the privileged of hosting one of my dear friend's baby shower. It was such a blessing to be able to share in the celebration of something so special with Dawn. You see, Dawn, has been a part of Justin and I's life for almost 10 years now. She started as a "Friend of the Groom" when Justin worked alongside her at Progressive and eventually she became a "Friend of the Bride" too. She has seen us get engaged & married. She was with me when I took my first pregnancy test & was one of the first visitors to walk through the doors to meet Kaden & 2 years later, Logan too. She is probably one of the most thoughtful individuals that I have ever met & we are beyond thrilled for this next adventure in her & Nolan's life--there really is nothing better. 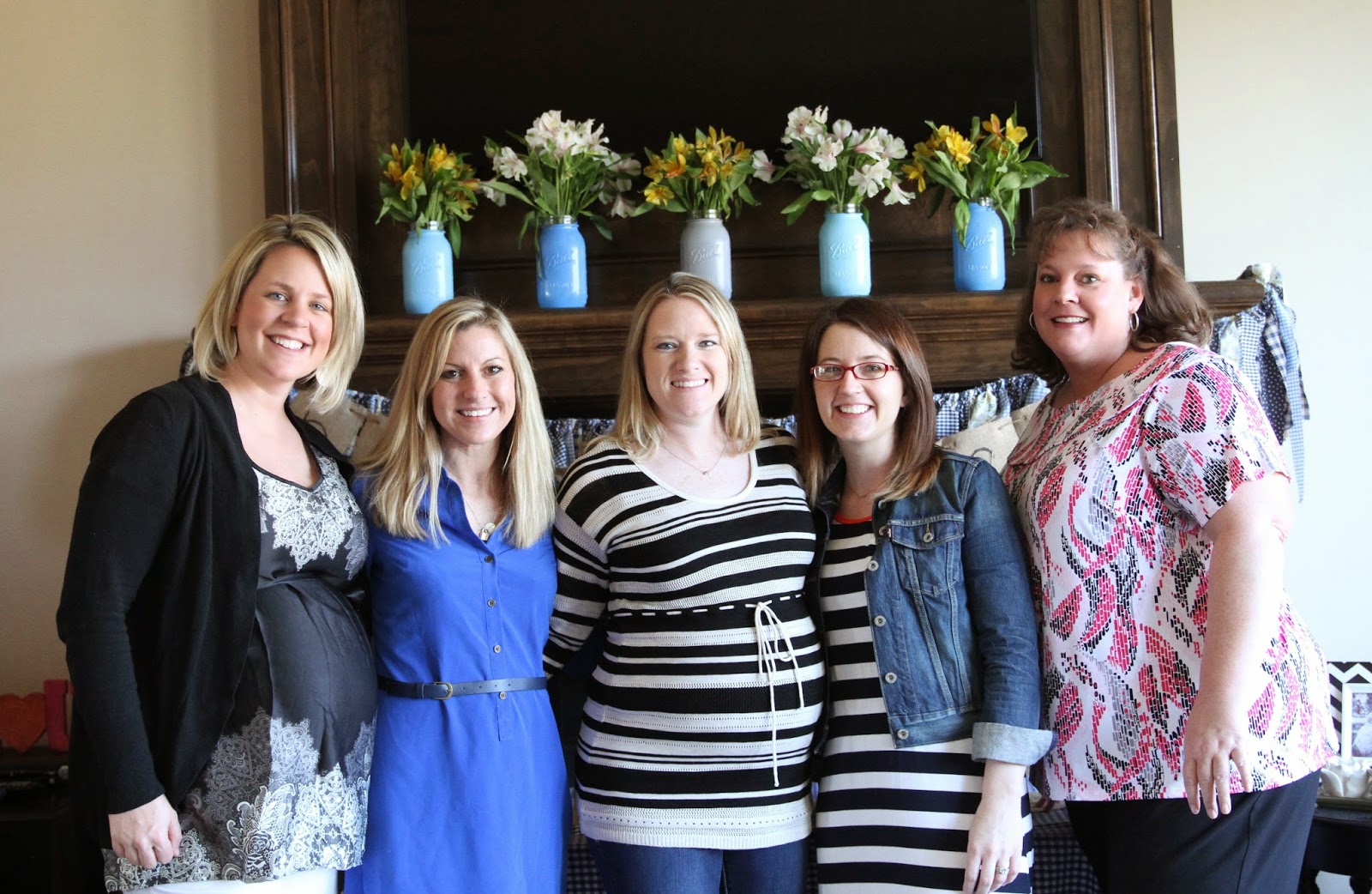 The girls and I had brainstormed for a few weeks about decor, food, games and everything else baby shower related. In the end, all the planning, emailing back and forth and late nights paid off--we had one very cute baby shower. Baby BOY Classen will be arriving in early June so we decided to go with all different shades of BLUE and throw in a little burlap and flowers for more of a shabby chic look. 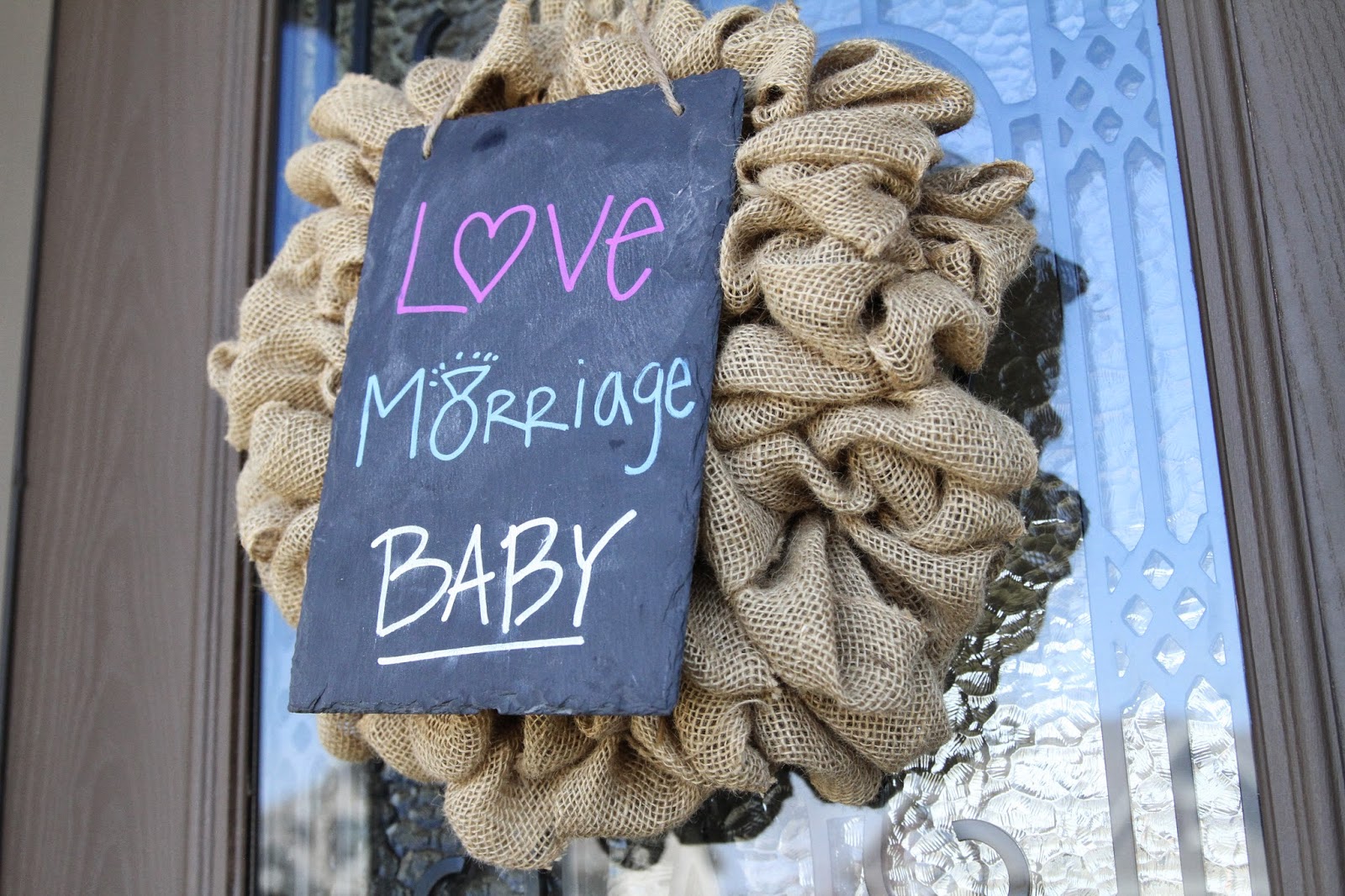 To ensure that I would get my tasks completed I put Leah to work on the fabric strip banner & the diaper cake while she was in town a few weekends back. Leah, Kaden and Logan rolled 146 diapers & Leah tied at least that many strips on the fabric banner.

& since this baby's name hasn't been revealed (they have narrowed it down to two names but aren't sharing--that is unless you are competitive like me and challenge Nolan to a game of Pop-a-Shot & he has to tell you) we had to go with the generic, Baby Classen for the burlap portion of the banner.

When I was looking through Pinterest I kept running across a lot of painted Mason Jars and I loved how they looked so I decided to give it a whirl. If it is one thing I have around the house, its mason jars, got them in every size imaginable. Hey, you never know when you might need one, or 10! I found an easy tutorial on Pinterest that called for using Americana Decor paint from Home Depot but it wasn't being stocked until mid March which one would think that would be plenty of time and it would have been if they didn't have until mid April to actually bring it out! So I settled for some paint at Hobby Lobby that worked on glass. I didn't get the full effect that I was going for but I think a little sandpaper might help roughen it up--was just worried if I did it before the party it would ruin them so I kept them as they were. Kaden and Logan helped pick out the flowers & let me just tell you, they are going to make wonderful husbands because there isn't a trip to Costco that goes by without them asking Justin if they can get me flowers & I don't care if they are the ugliest daisies out there, they couldn't be more perfect coming from my three guys.

But back to the shower---the diaper cake was a work in progress. I kind of just kept adding things to it and I of course wanted to use the baby's name again but since it hasn't been announced had to go with the generic "it's a boy". We had guest fill out Baby Wishes -- not as easy as one would think to fill out either. 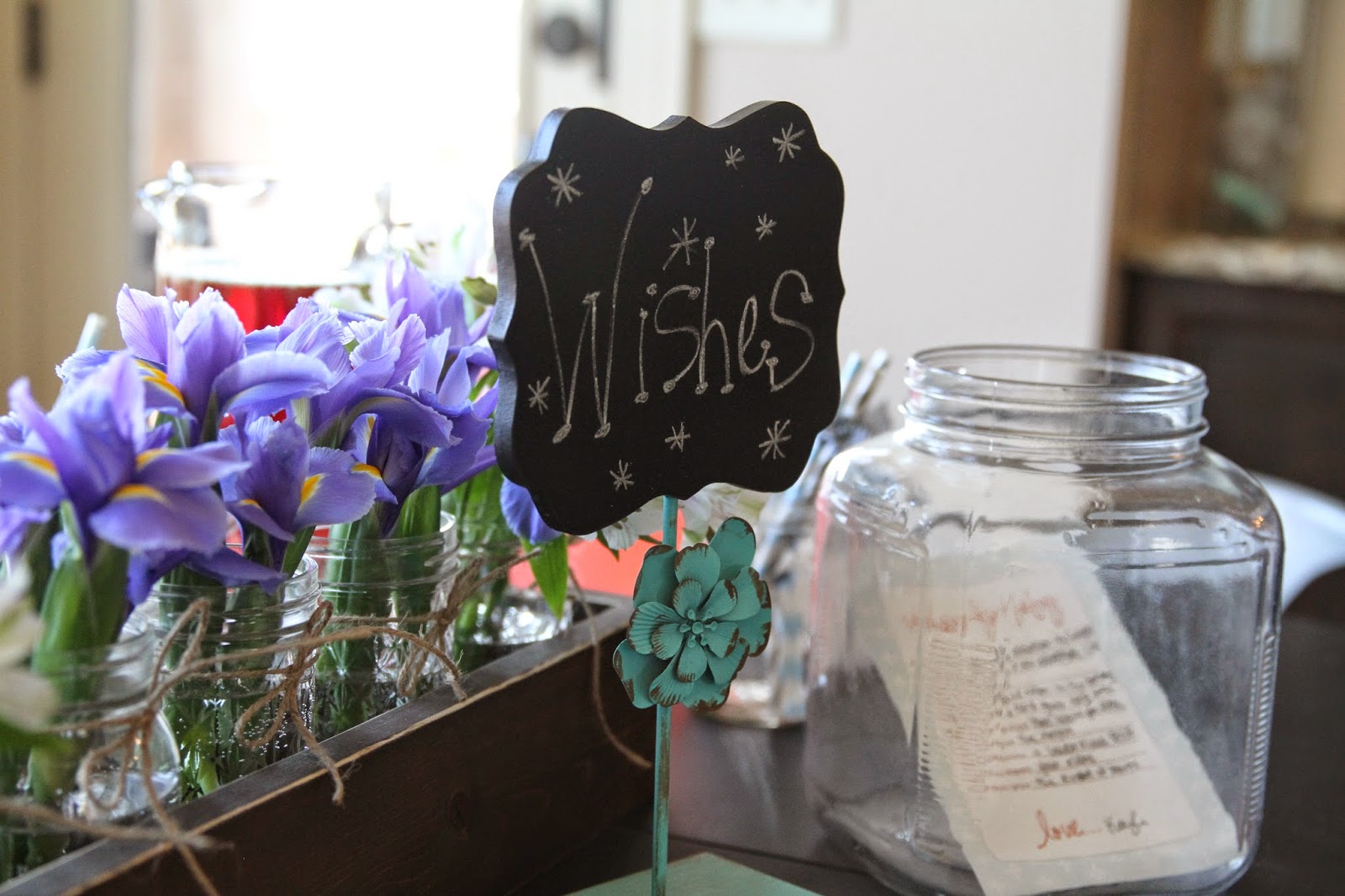 Friends and family of Dawn and Nolan's mingled & caught up on lives while they munched on tasty appetizers like spinach artichoke dip & bruschetta. They then got to indulge in some Oreo popcorn, Rick Krispie Treats & the ever so tasty MoMo Roo cake pops! (check her out & like her on Facebook-she does all the desserts for Logan's and Kaden's birthday parties) 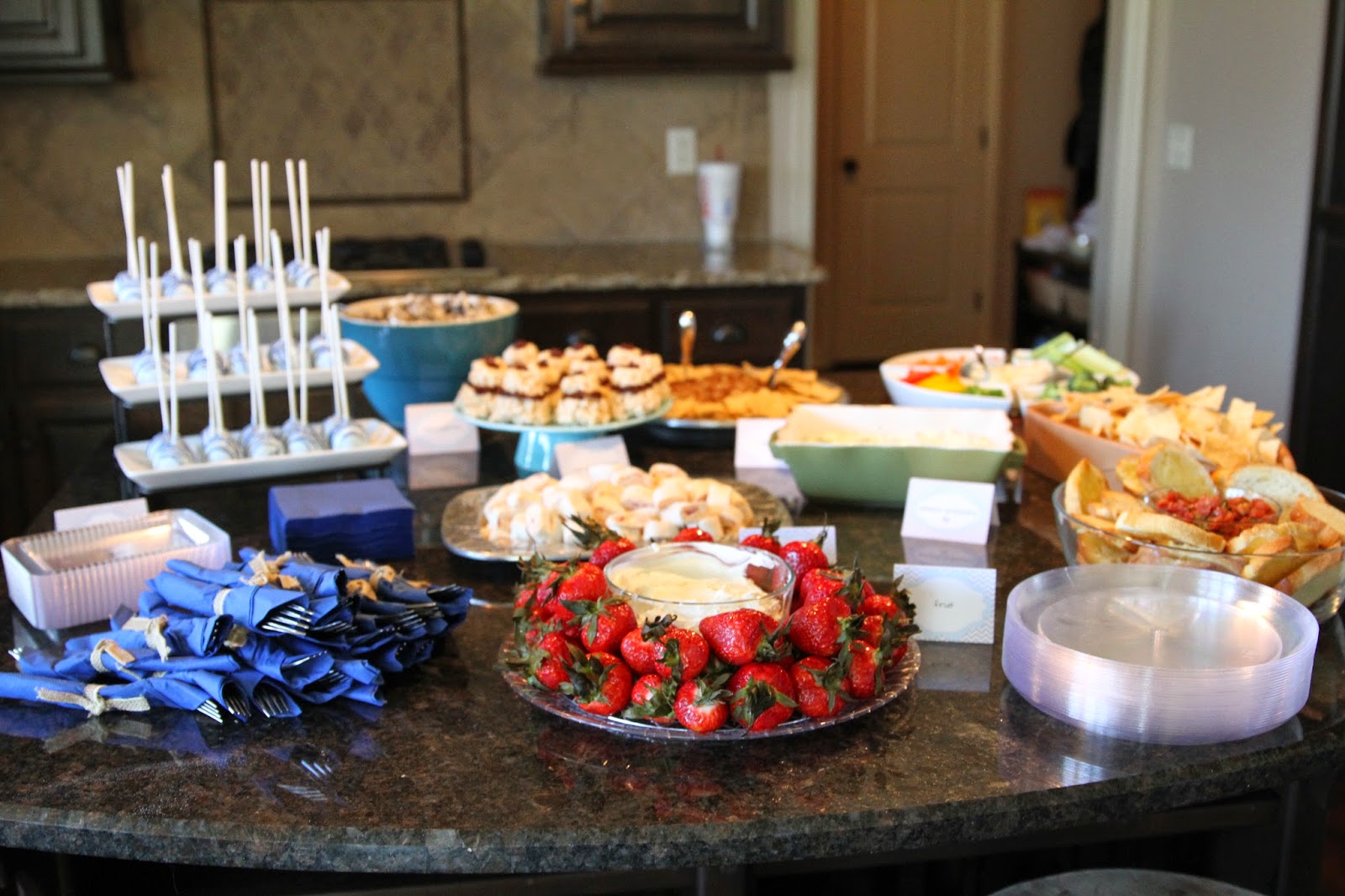 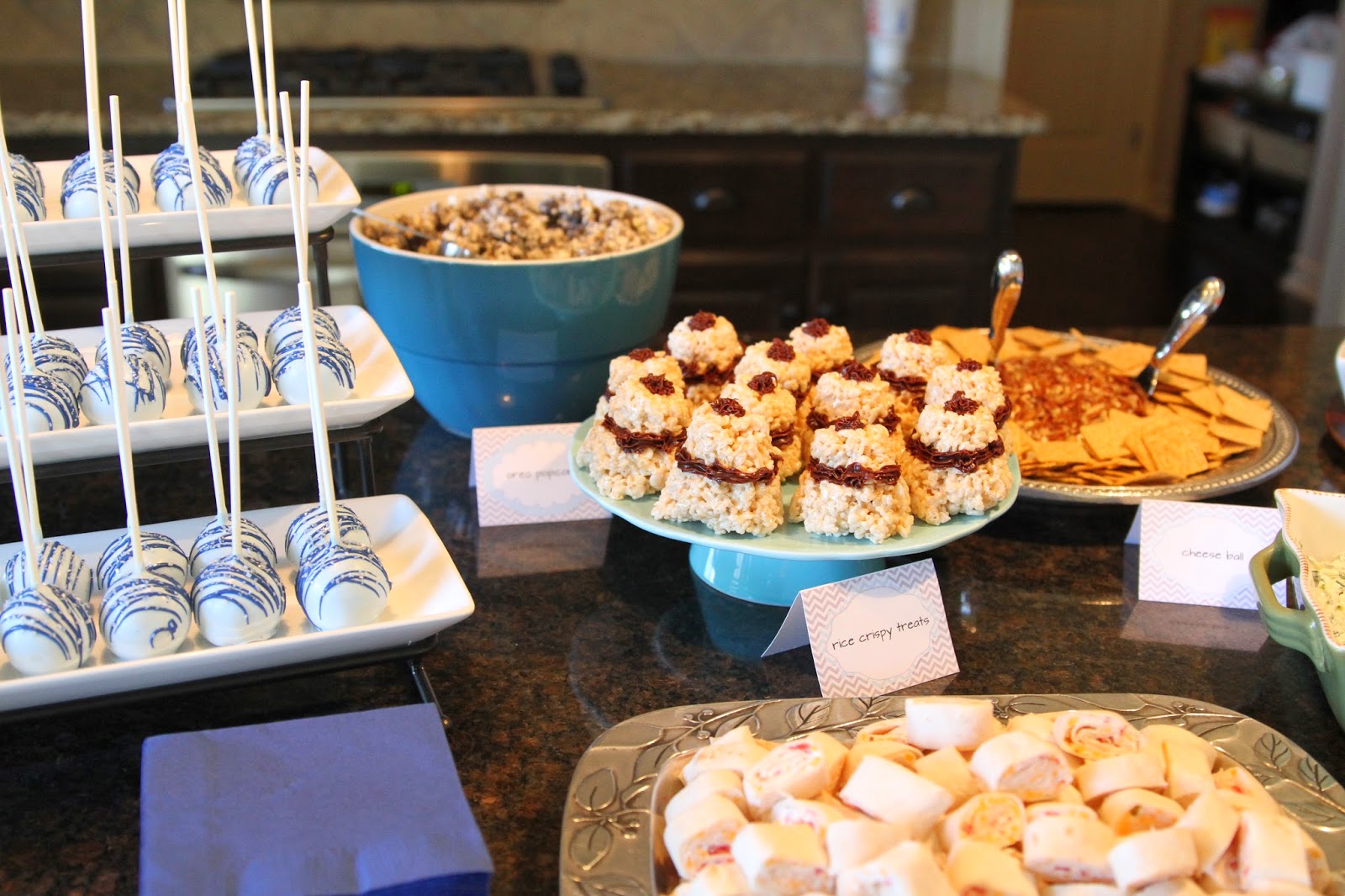 & then there were the drinks, that just happened to be part of the game too. We kept it simple--we handed out pink lemonade & tea in mason jars which contained a very special ice cube. Each guest received one ice cube with a small plastic baby frozen inside the cube & the goal was to melt your cube the fastest and shout out "my water broke". & for the life of me, I could not get my baby to come out, slowly a butt cheek popped out, followed by a hand and then it just stalled--typical. & even though I didn't win, it was still a fun little thing to do while the mom-to-be opened her gifts. 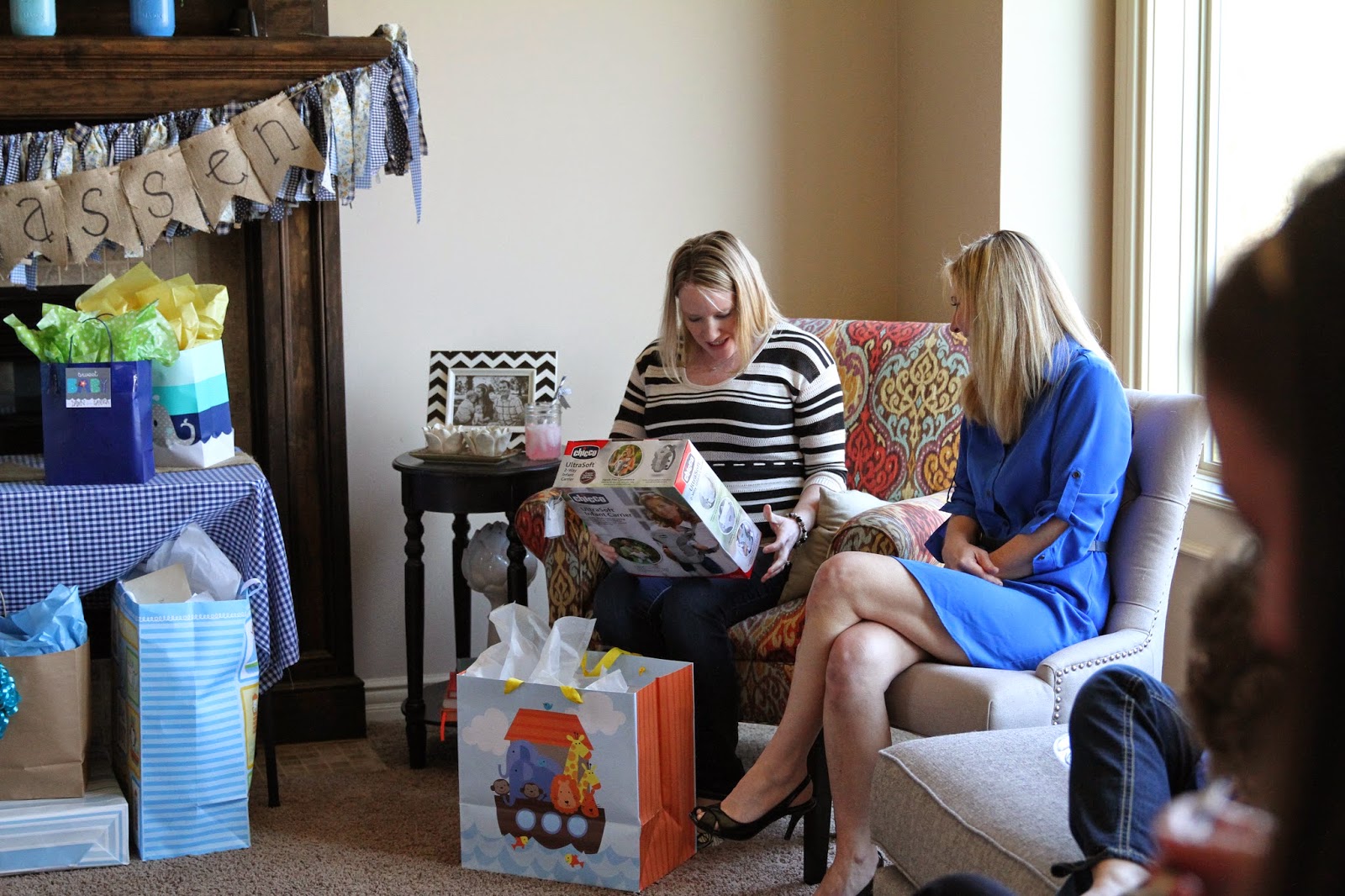 It was a wonderful afternoon that was filled with so much love for this so-to-be family of three. I can't wait to hear that he is on his way & hold him in my arms for the first time. We can't wait to shower him with as much love as Dawn and Nolan have shown to our own kids. 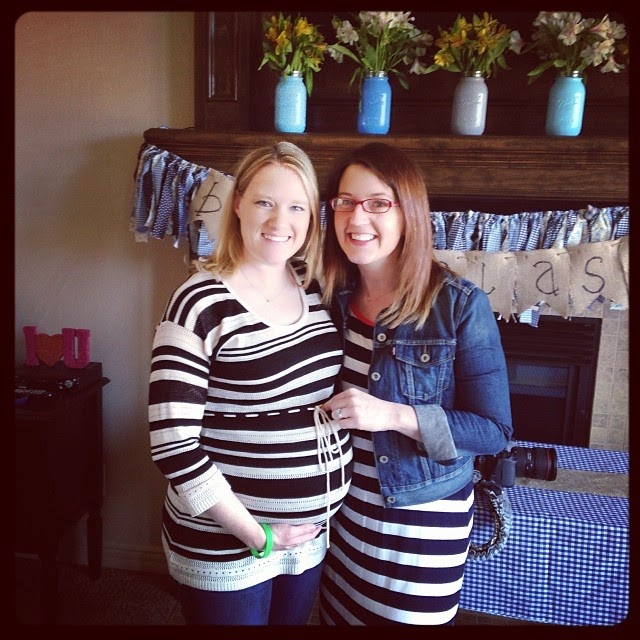