St. Patrick's Day--Warming it Up.

Today marks Justin and I's {SIXTH} anniversary. It seems like it has been way more than just SIX years though & not in a bad way, just so much has happened in six short years. Six years and two kids doesn't sound all that crazy but at one point it was 3 years and two kids & there were times where we would ask ourselves what were we thinking. But now things have slowed down, the boys are growing up & are a little more dependent, we have found our groove.

And instead of taking us all down memory lane, I thought I would give you a glimpse into what our anniversaries will consist of for many years to come.

Yes, we got for-real-married on St. Patrick's Day--a rainy St. Patrick's Day at that. & now each year we head down to the Brookside St. Patrick's Day Warm-Up Parade---that is if the kids aren't sick (like last year) or they aren't afraid of all the sirens (like the year before--although we still went & just dealt with a crying Kaden). No, this year would be the best year yet. The weather was gorgeous. My parents & brother, SIL & Miss Maddie came up. Gram (Kaden now only refers to her as Gram and not Grammy) went with us. 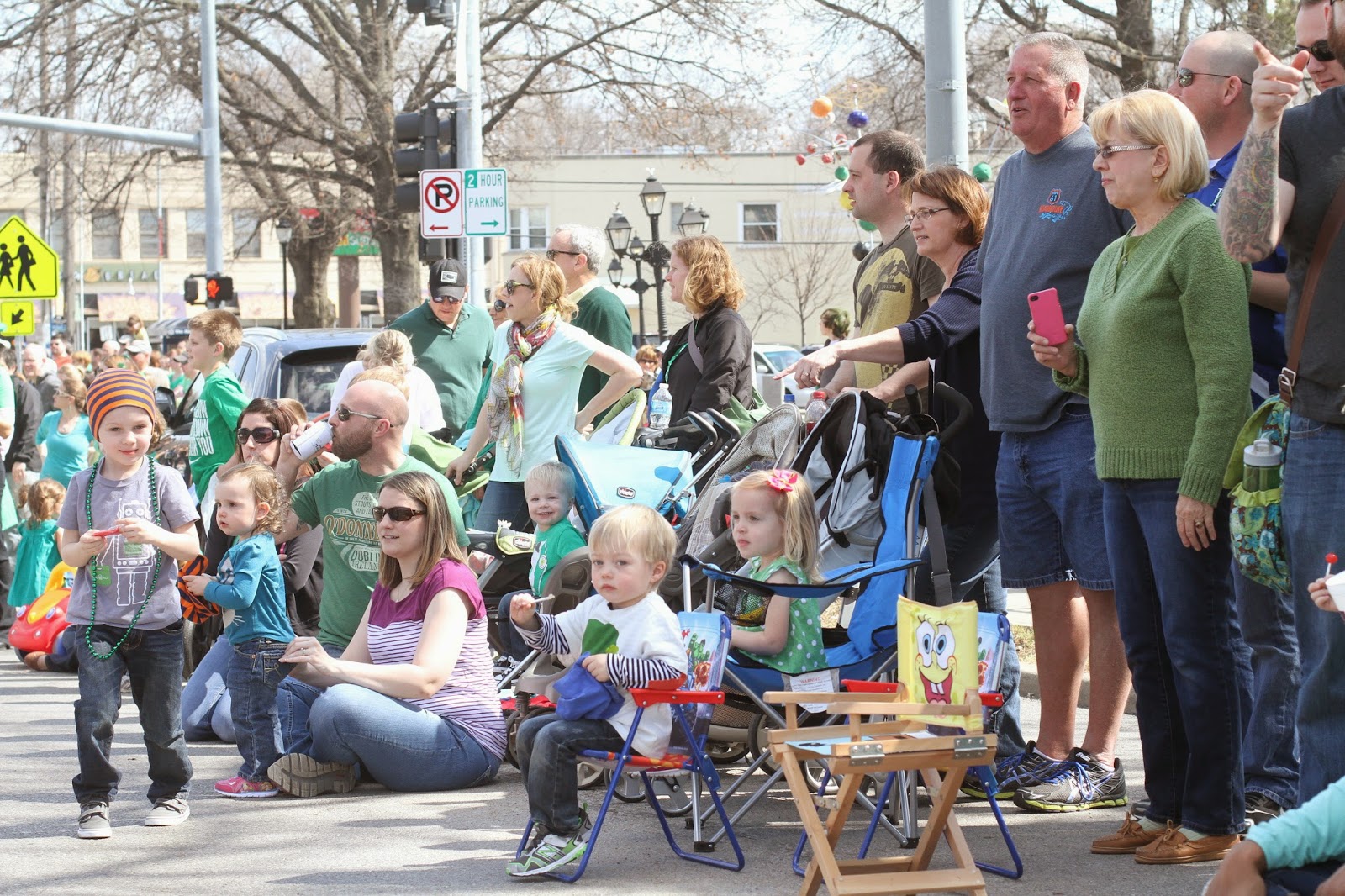 We met great friends down at the parade & the best part, the kids had smiles on their faces the entire time. 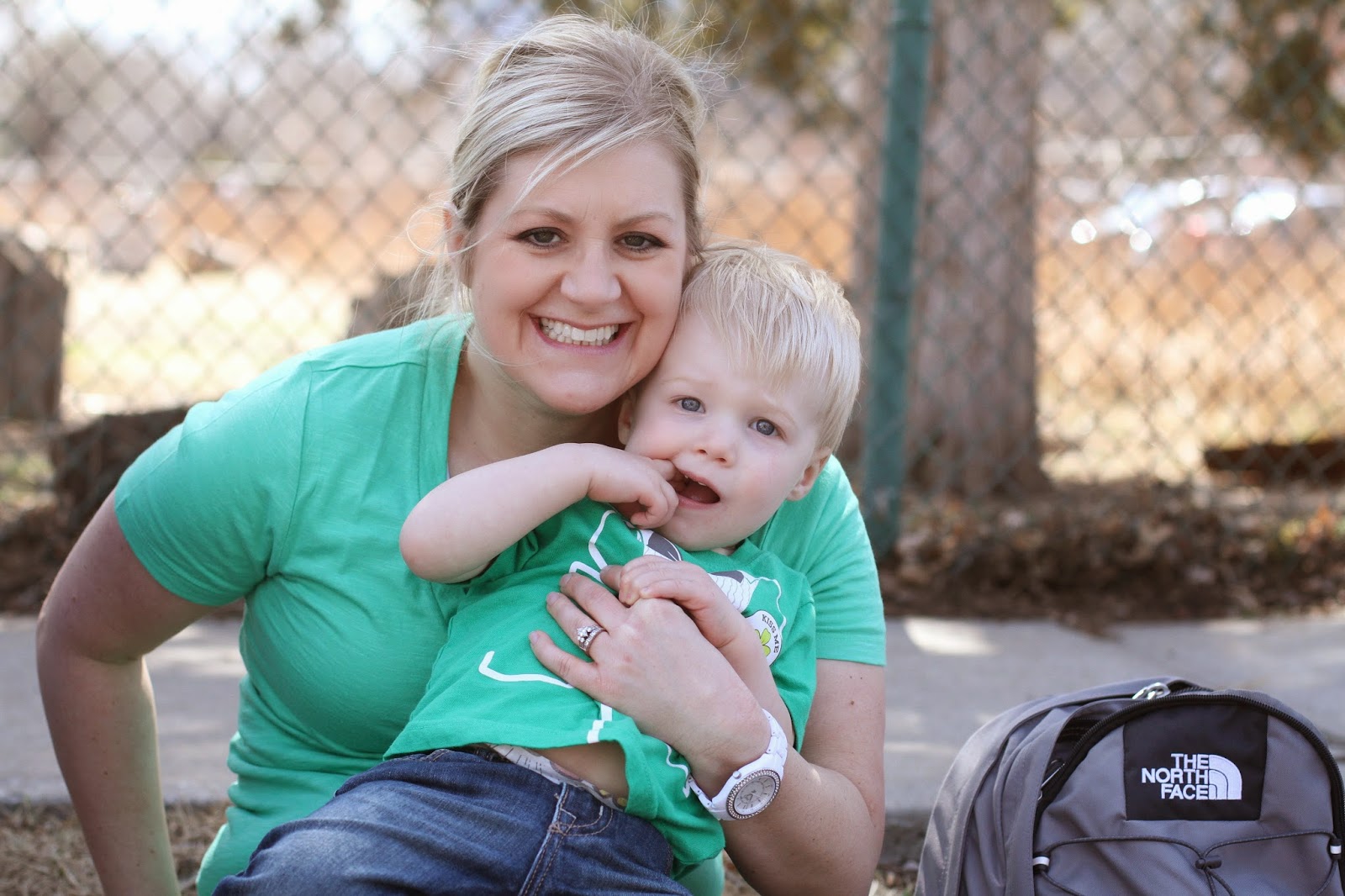 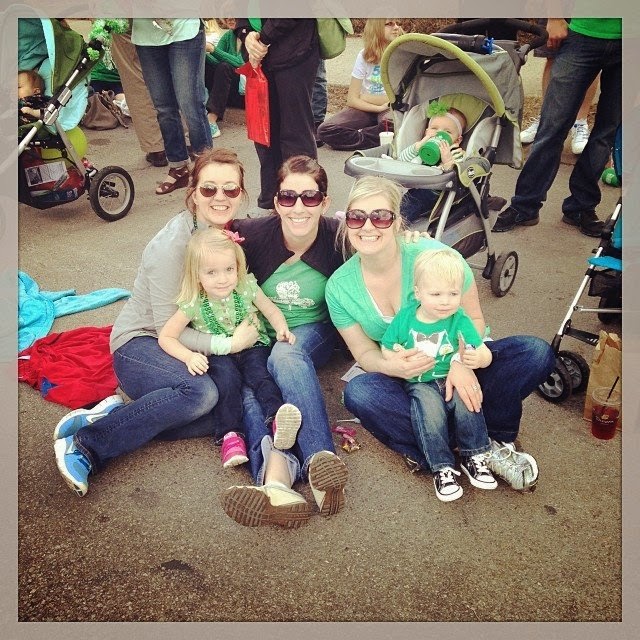 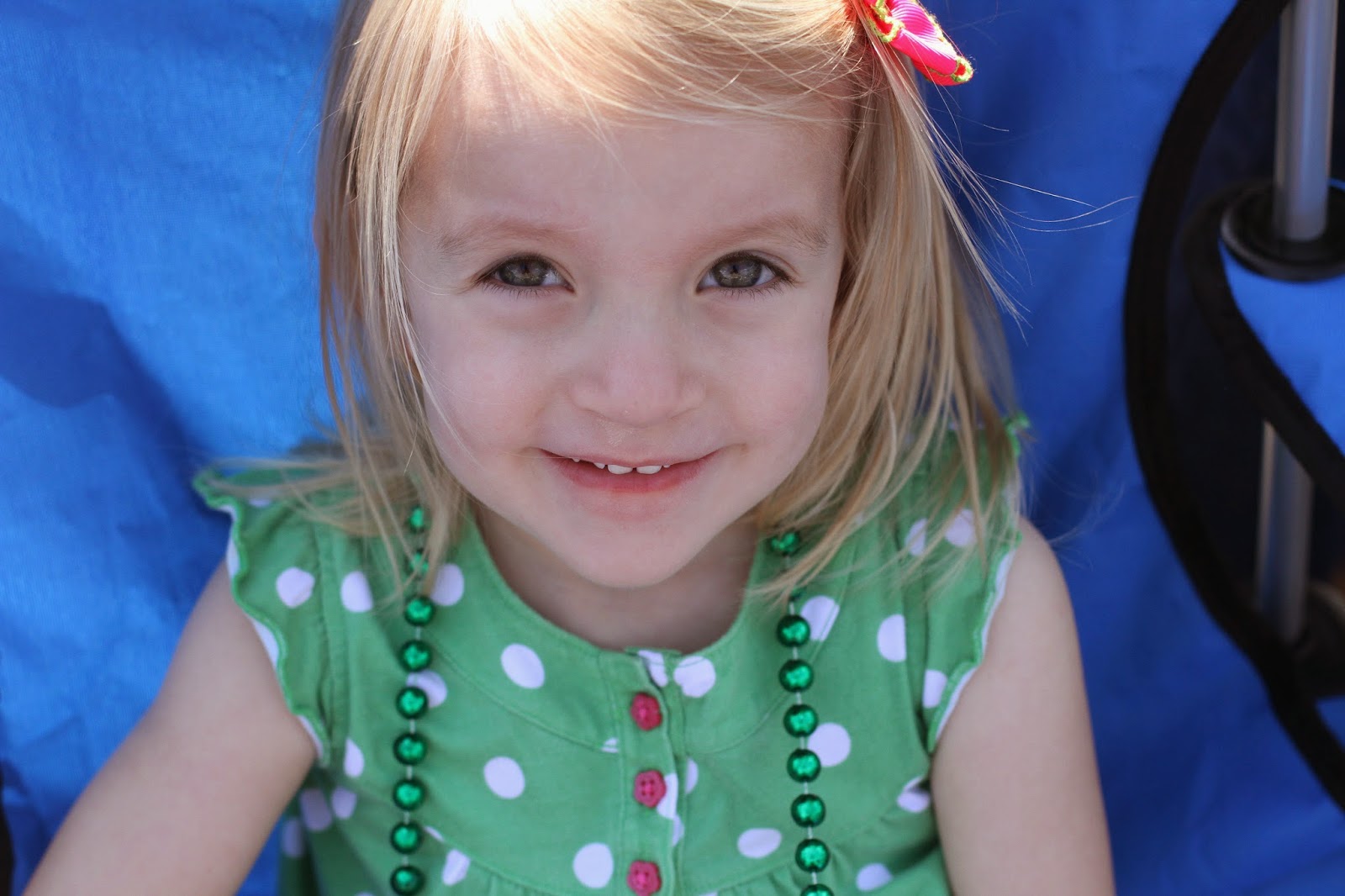 They all skipped their naps & they all lasted the entire parade without a meltdown. They waved at the "floats". 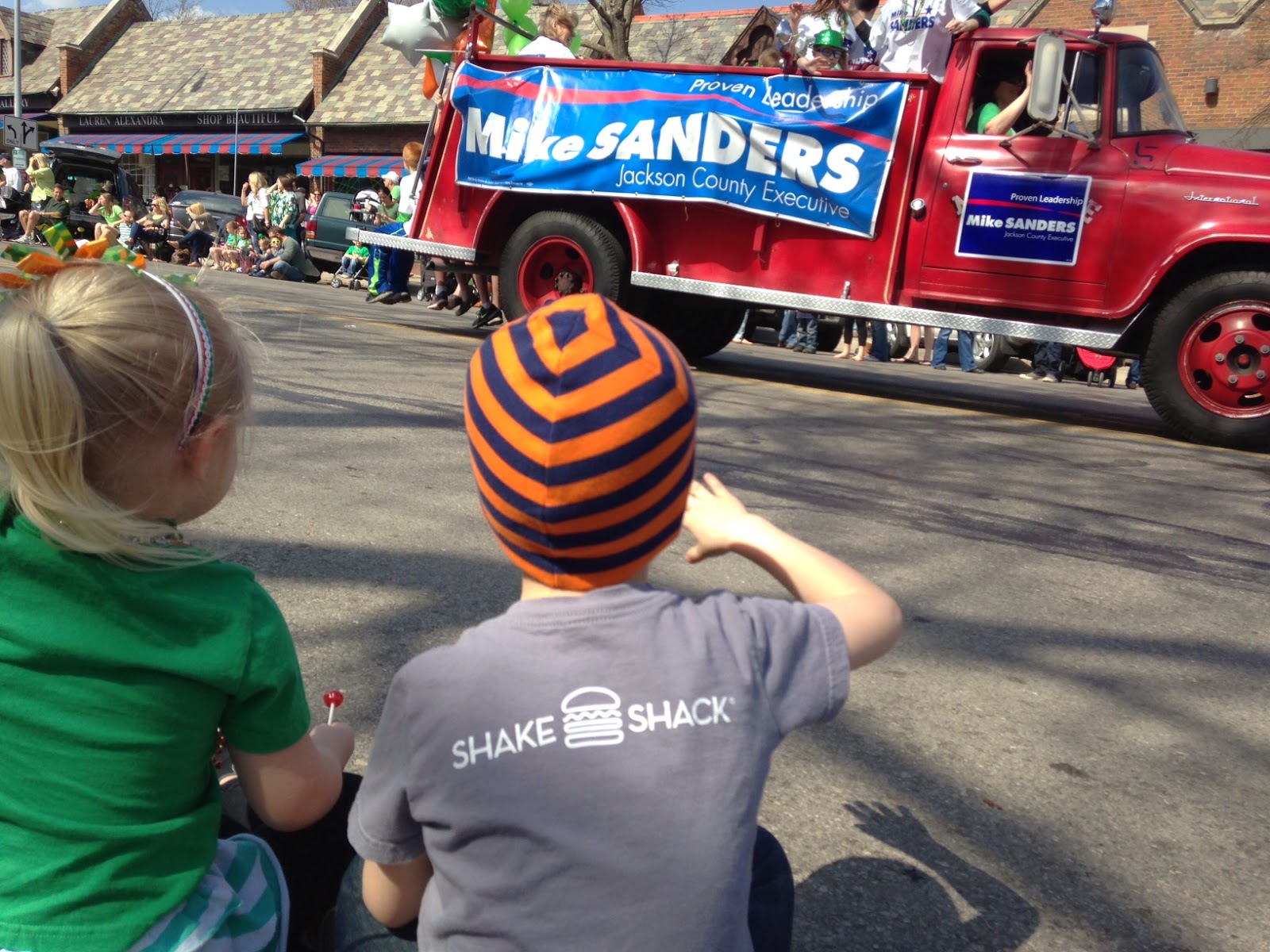 They held out their hats for candy. 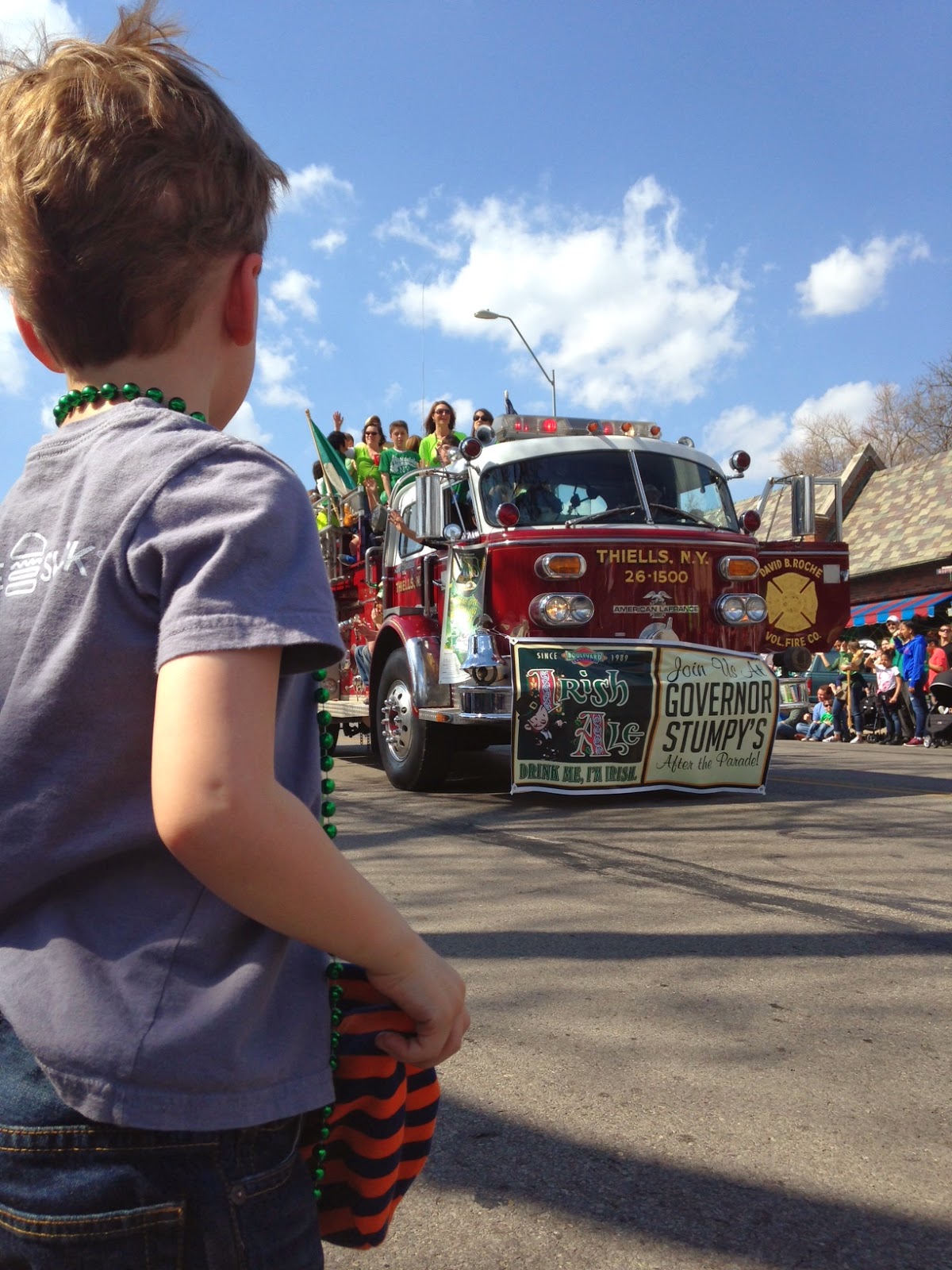 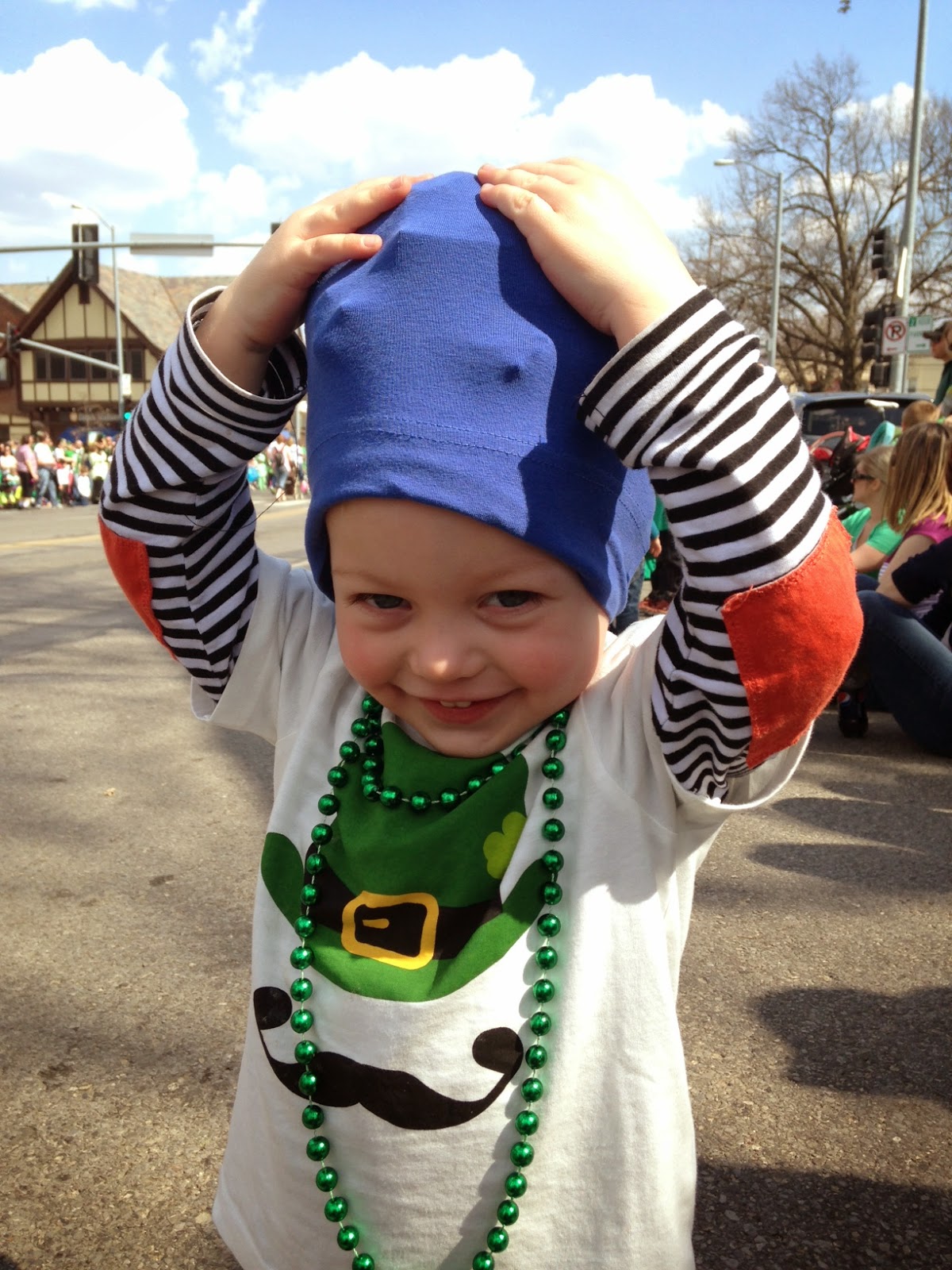 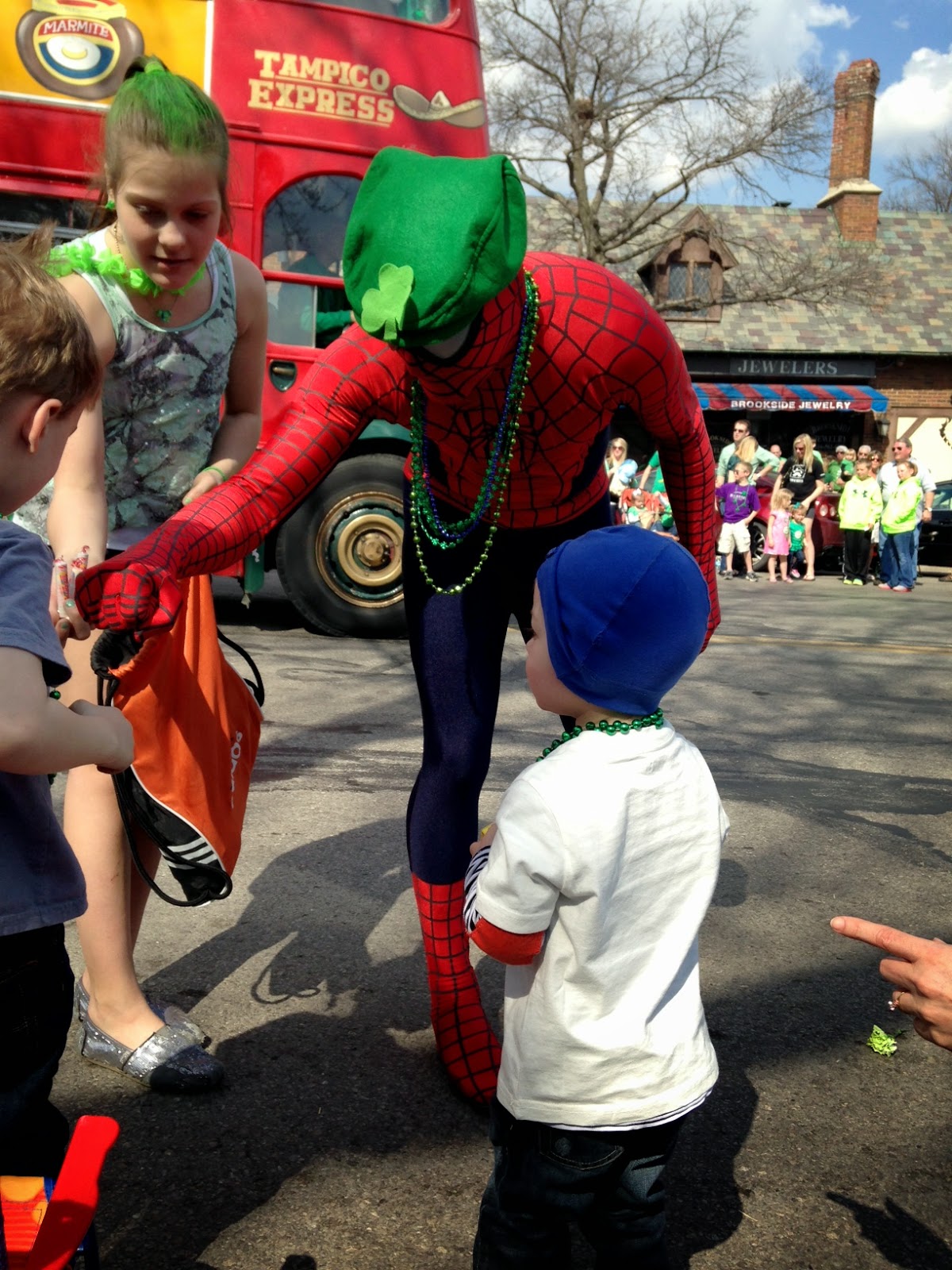 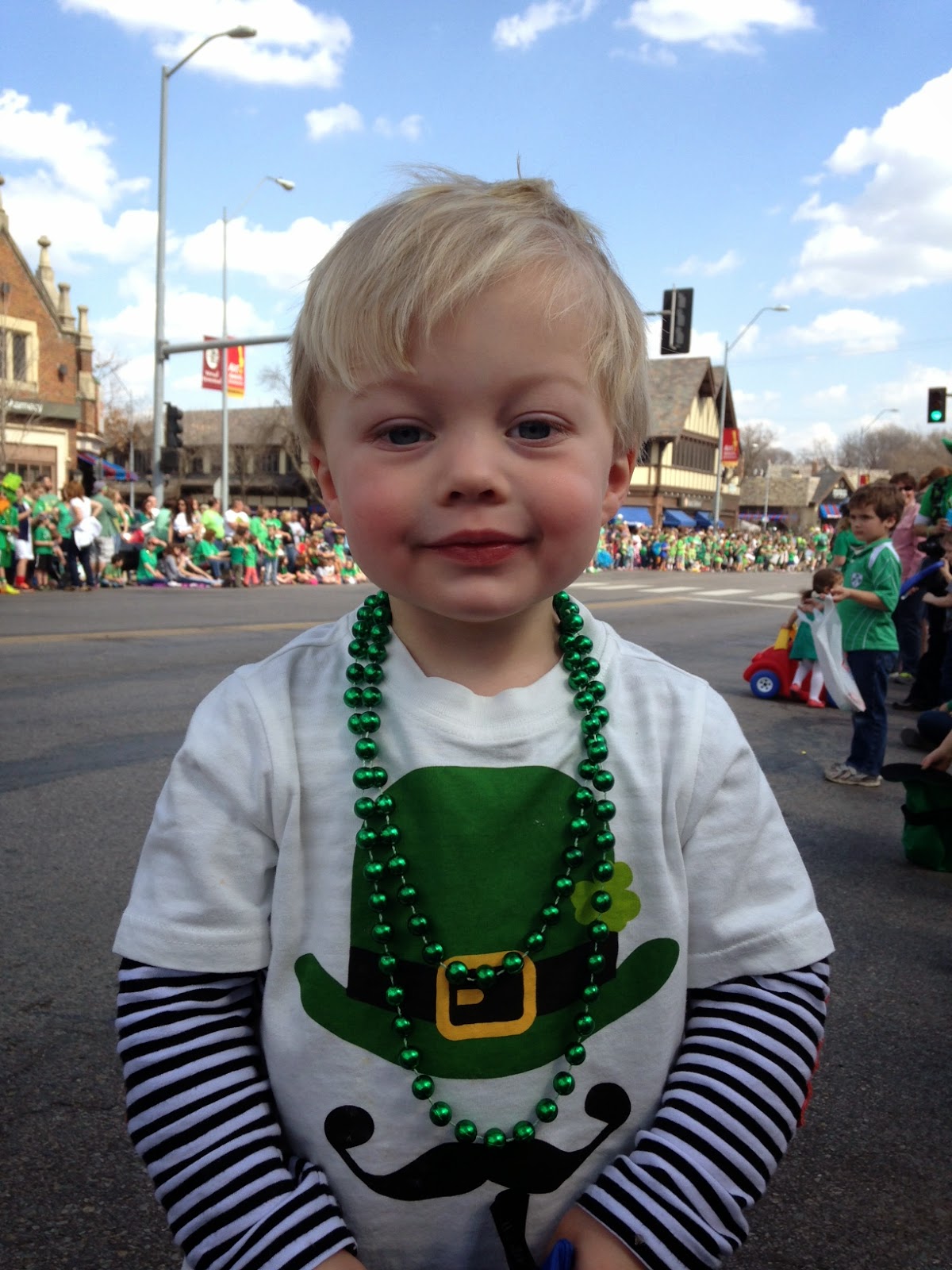 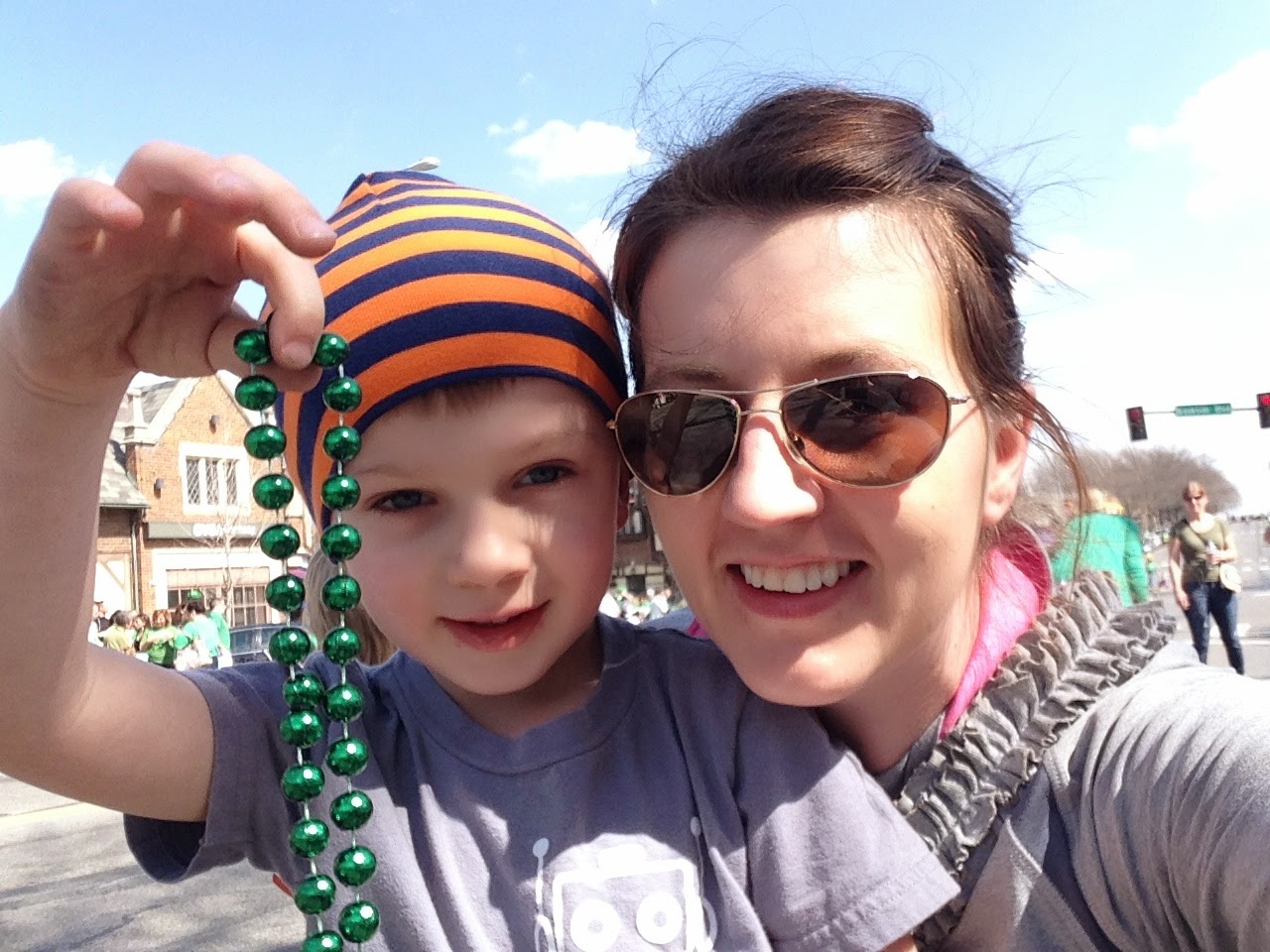 They blew bubbles & they danced in the street. 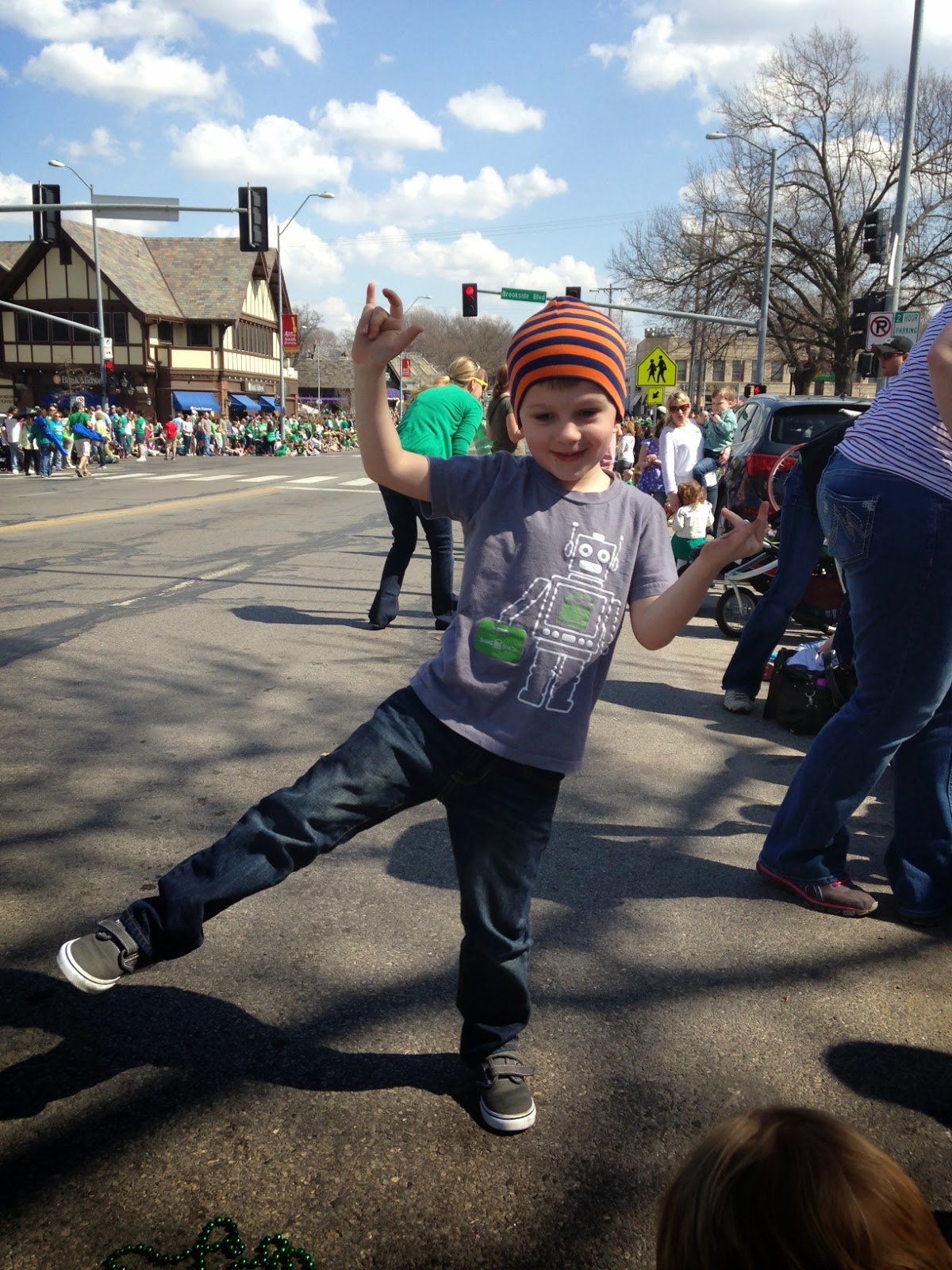 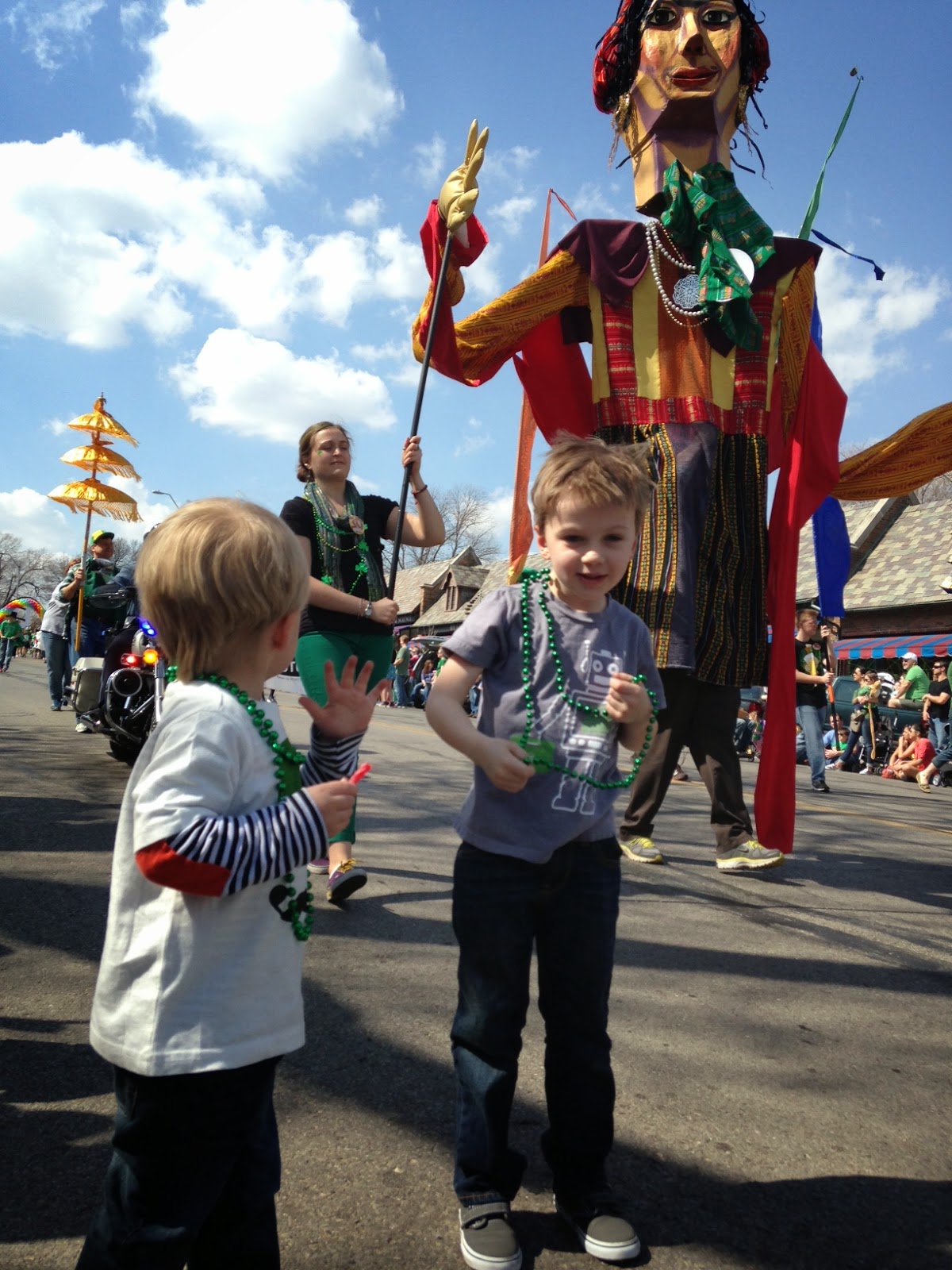 The parade itself was a little long but I could have sat out there all day long. & I am pretty sure the kids could have too. 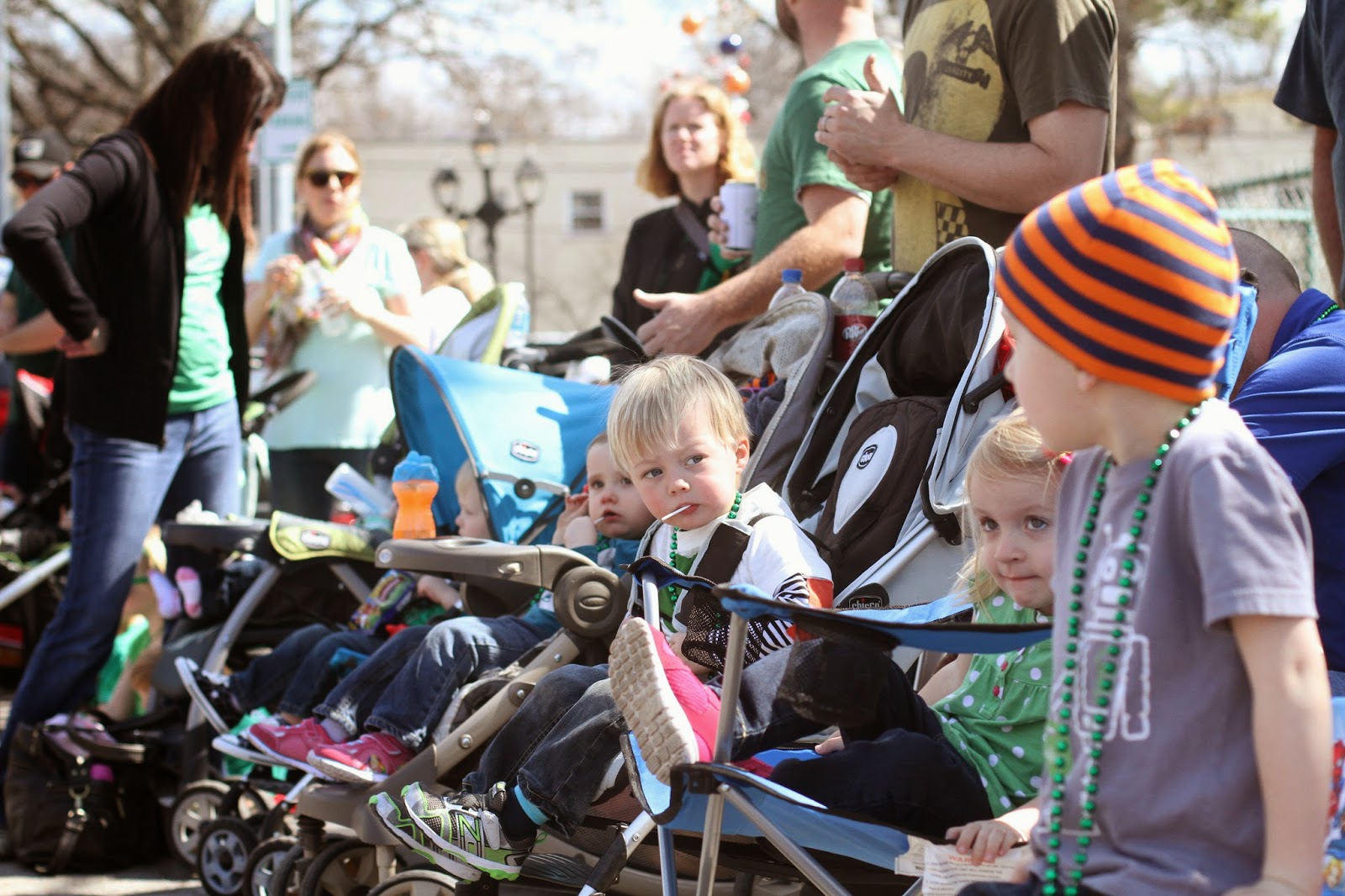 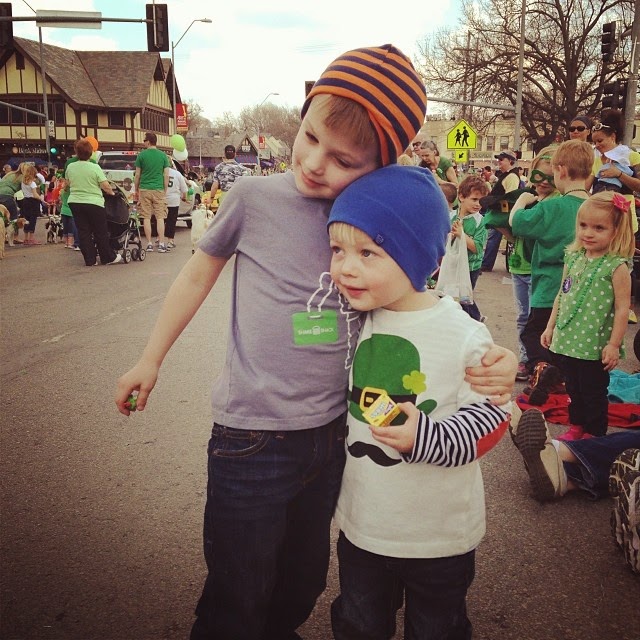 I mean, seriously, how blessed are we when it comes to having an amazing family and the best friends a couple could ask for. & honestly, our marriage, wouldn't be what it is without the people that we surround ourselves with. We have learned so much from each and every one them. We are so very thankful for our village & I don't think its a coincidence at all that we decided to have our first wedding on St. Patrick's Day, we always thought we were pretty lucky but over the last six years or so, we confirmed that. 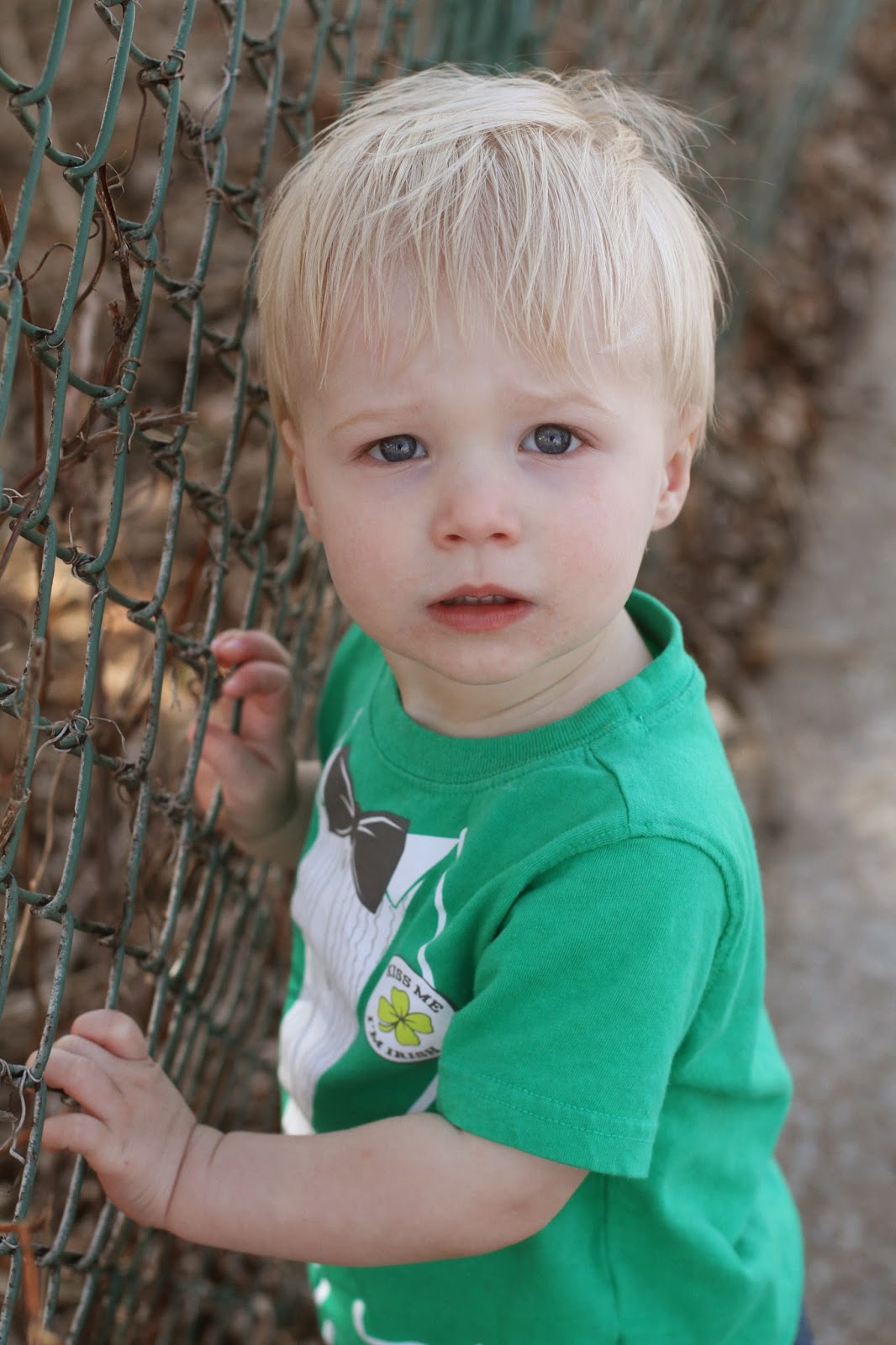 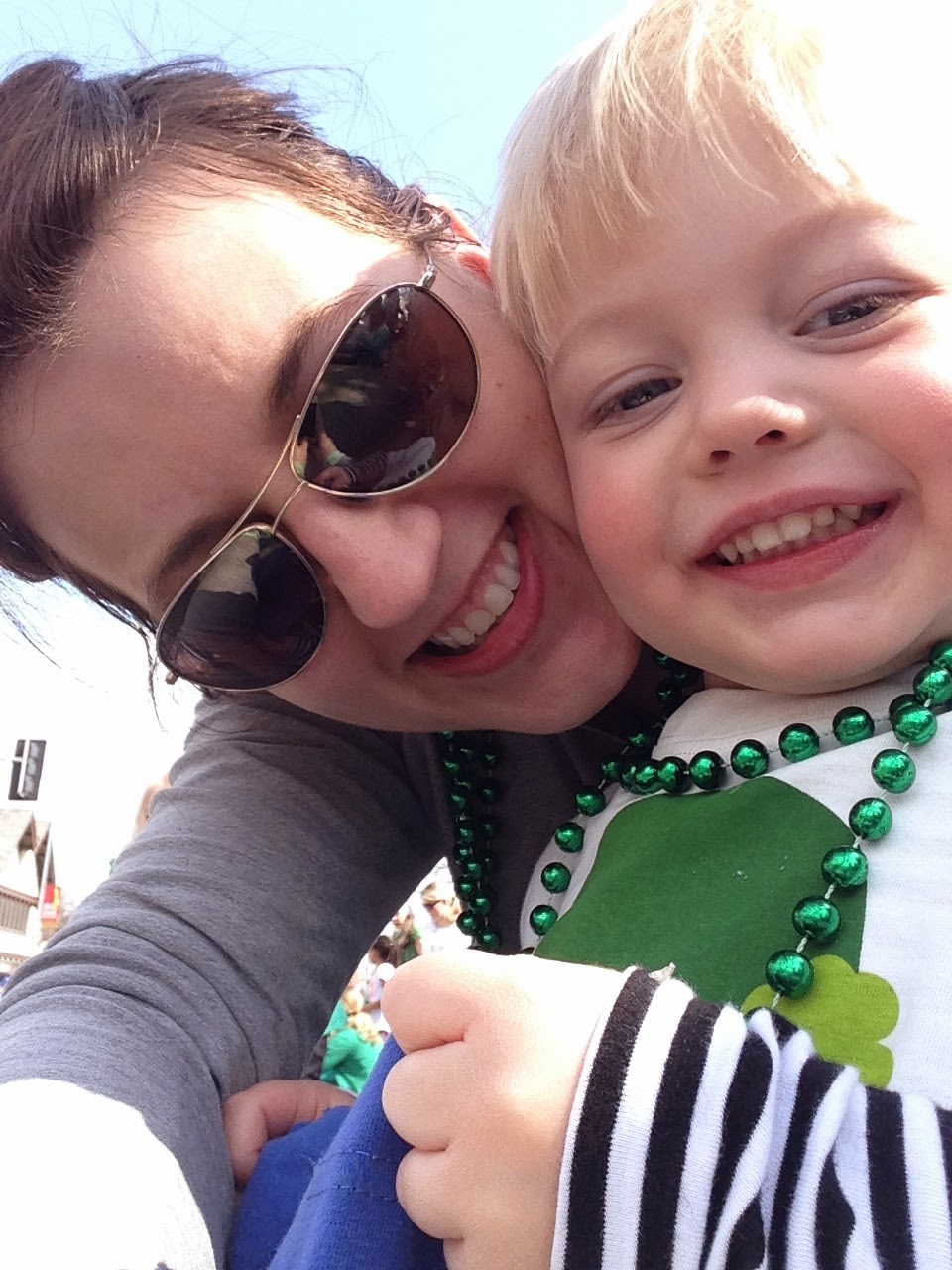 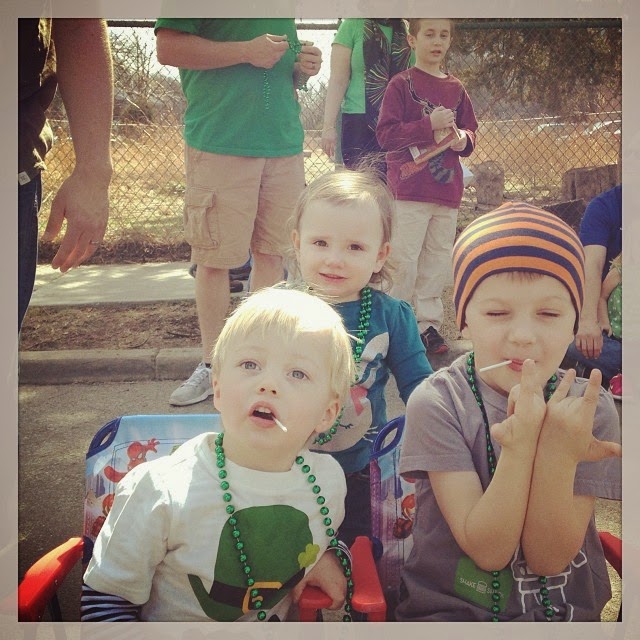