Our house is always a work in progress. In a perfect world (one with unlimited funds) I would have had our home furnished within the first few months but we haven't won the lottery so I am taking my time. Picking my battles.

Since moving in I have wanted to do some sort of picture grouping in Kaden's room. My initial vision was old comic book covers, mainly superheroes but would you believe me when I tell you that finding the right size and the look that I wanted was next to impossible? I just figured it would be like The Big Bang Theory and that they would be widely available & maybe they are, maybe I just don't know where or how to look for comic books. I never was into them--except for the occasional Archie at the checkout line at the store. I figured 12 or 16 would be good and then I would frame each one in a grid...

Well, here we are almost 2 years later and I can finally check this one off the list of to do's. Although I almost went a completely different way with 3 very large poster board size Superhero prints---The Hulk, Spiderman & Captain America but they sat in the spare bedroom for over two months without being touched. I guess I couldn't bring myself to hang them…

& then I walked back into Hobby Lobby one day & ran across pretty much exactly what I initially had in mind. Actually it was better because I wouldn't have to buy frames for each and every one of them. So what did I find? Well, I ran across classic comic book covers with Superheroes--all of the Superheroes--that were 9x13 and they were embossed.

I instantly pulled my cart over to the side, started sorting through them and laid them down on the floor in a grid pattern ensuring no duplication. Then I flipped them over to check out the price-a little high but with 50% off, it made it doable. Especially since I could return the large poster boards that have just sat to the side for the past 2 months.

I brought them home to show Kaden and he was stoked. Each one he pulled out became his new favorite & he couldn't wait for me to hang them on his wall which brings me to last night. As Justin and the boys chilled downstairs I got busy on measuring out the grid. Luckily, I had purchased some tape that had measurements on it so all I had to really worry about was getting it leveled. 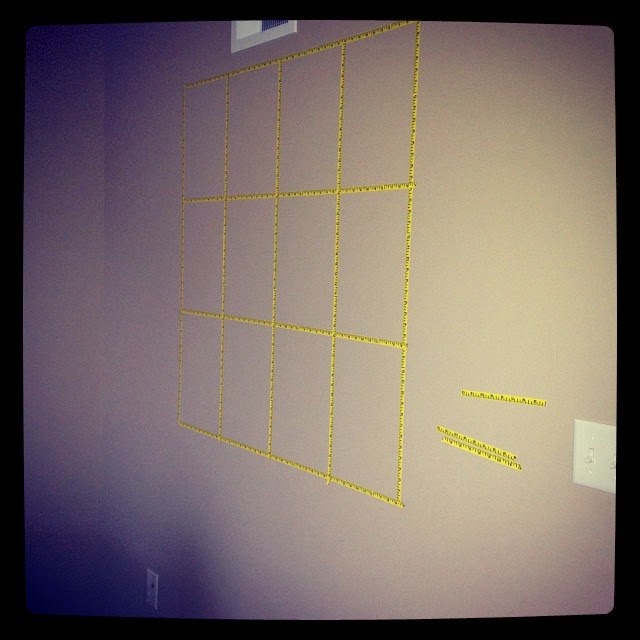 & Justin was not about to let me put 12 holes into the wall because knowing my track record with hanging stuff, it would be more like 24 holes. I had never worked with Command Strips by 3M but they made this project soooo easy & I will be keeping a supply on hand at all times. 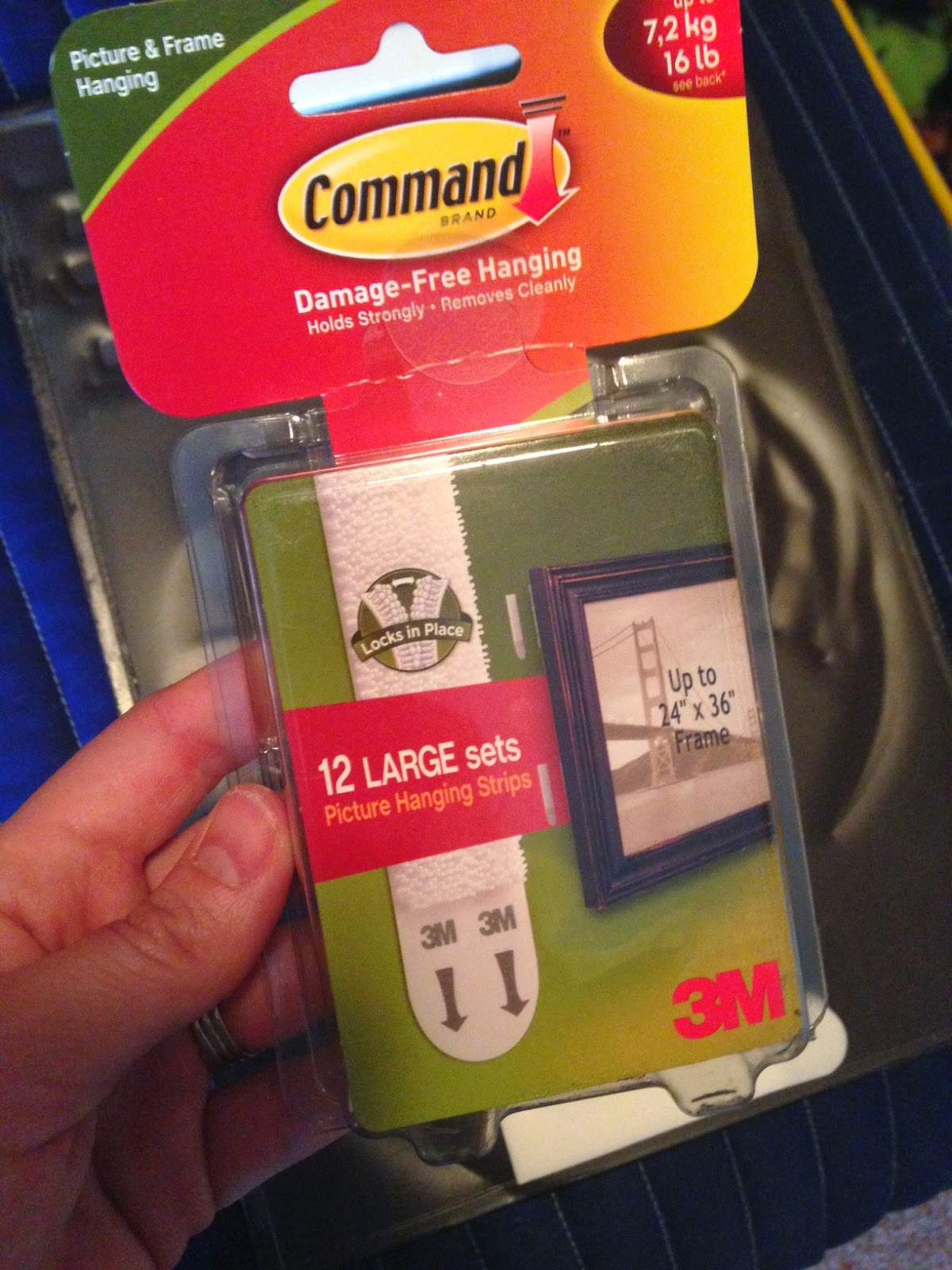 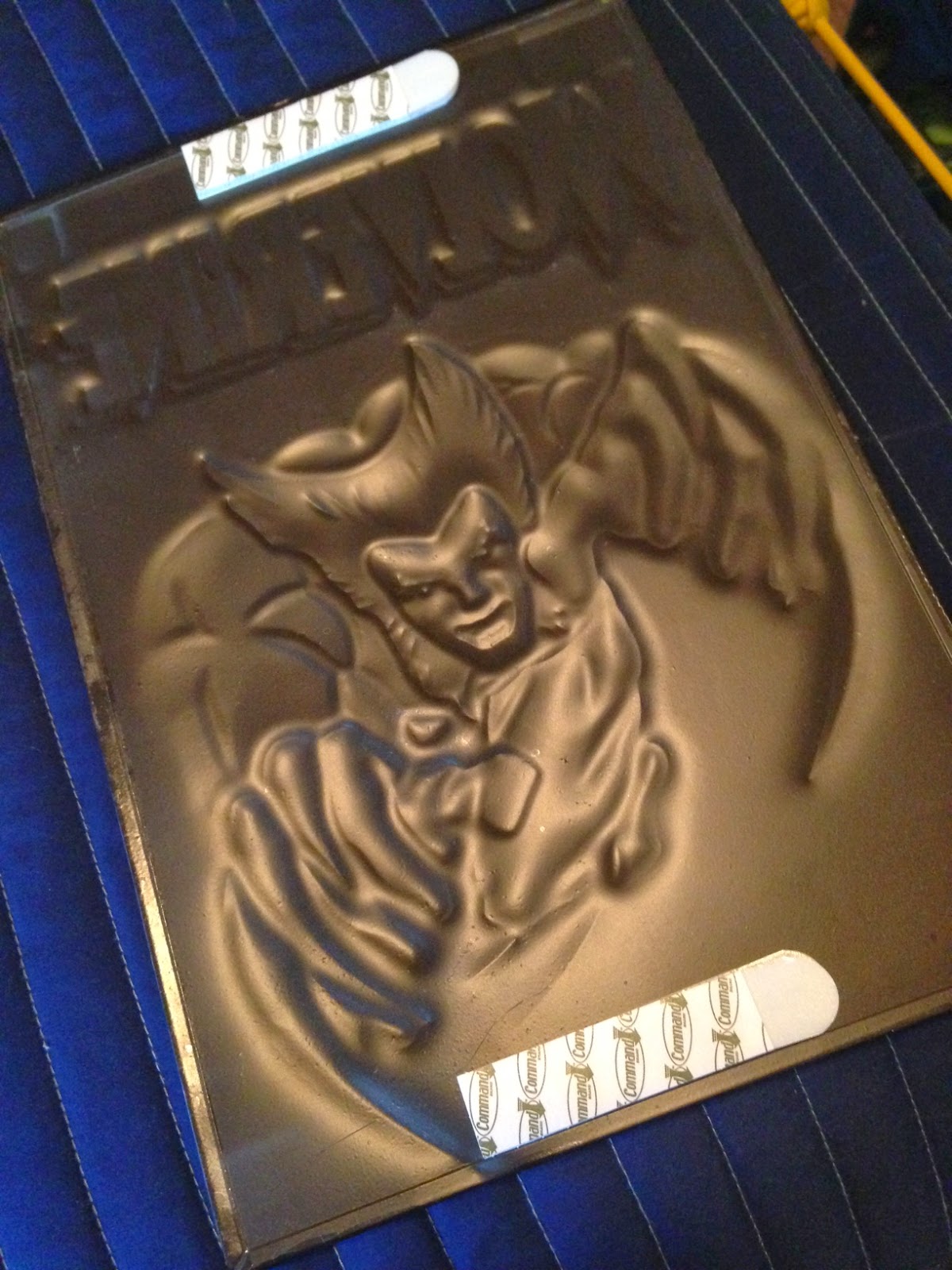 & from there it was just lining everything up correctly by using the numbers on the tape. Honestly, the tape was probably the thing that made this project so easy, I couldn't imagine doing it with just regular painters tape because even though you could measure, mark and then put another piece of tape down, I was able to line the tape up from top to bottom with out measuring, just had to keep it on the "2" at each row. 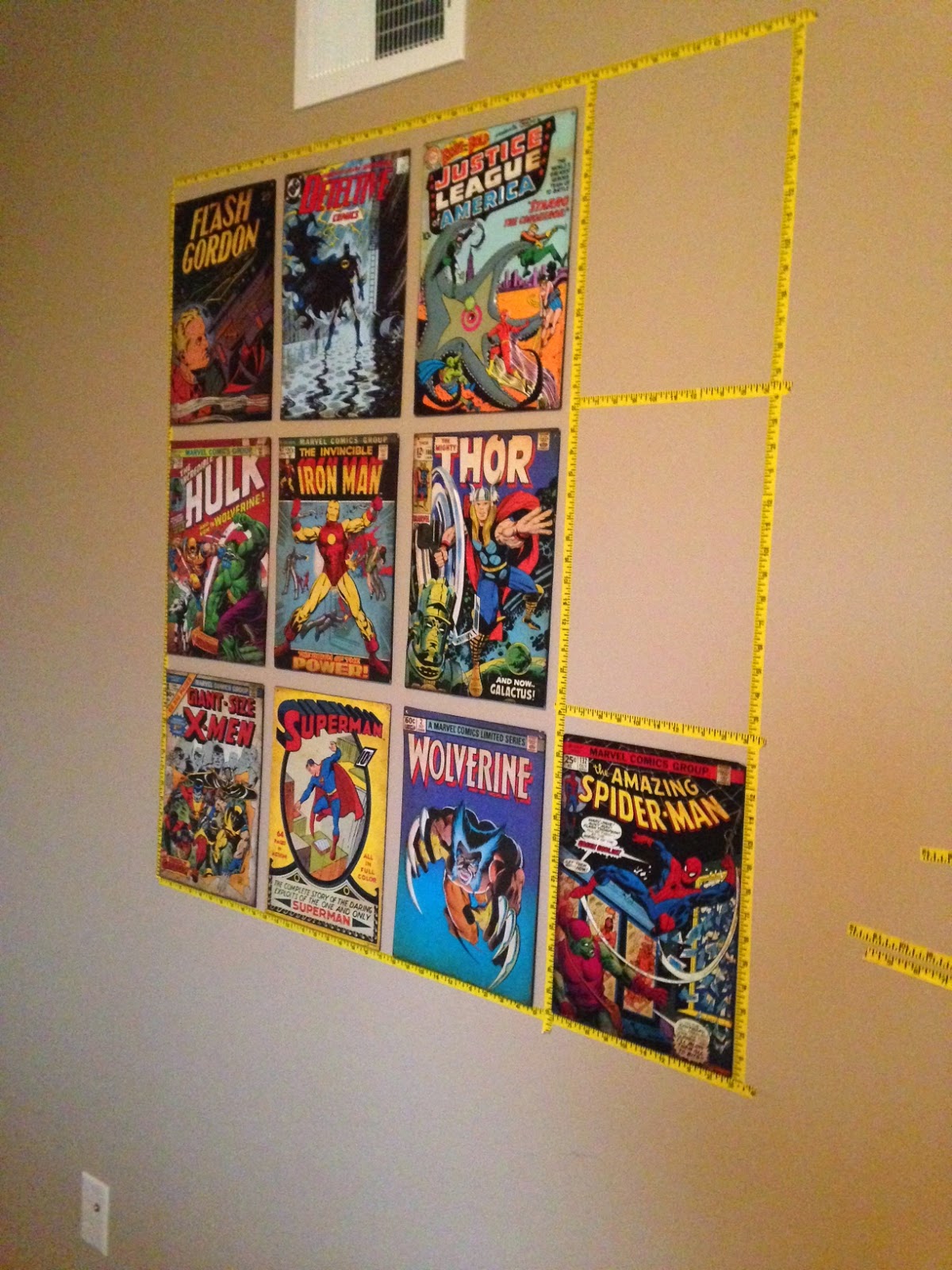 I am still thinking that there might need to be one large frame that goes around the entire project or maybe it's just missing a desk and a few other decorations whatever it may be, it isn't done. But I think Kaden and I both can live with it like this for a little while longer---remember, always a work in progress.

& Kaden is obsessed. He loves point out to each character & then quizzing me on their names--looks like I need to brush up on a few Superheroes---Flash Gordon?!? 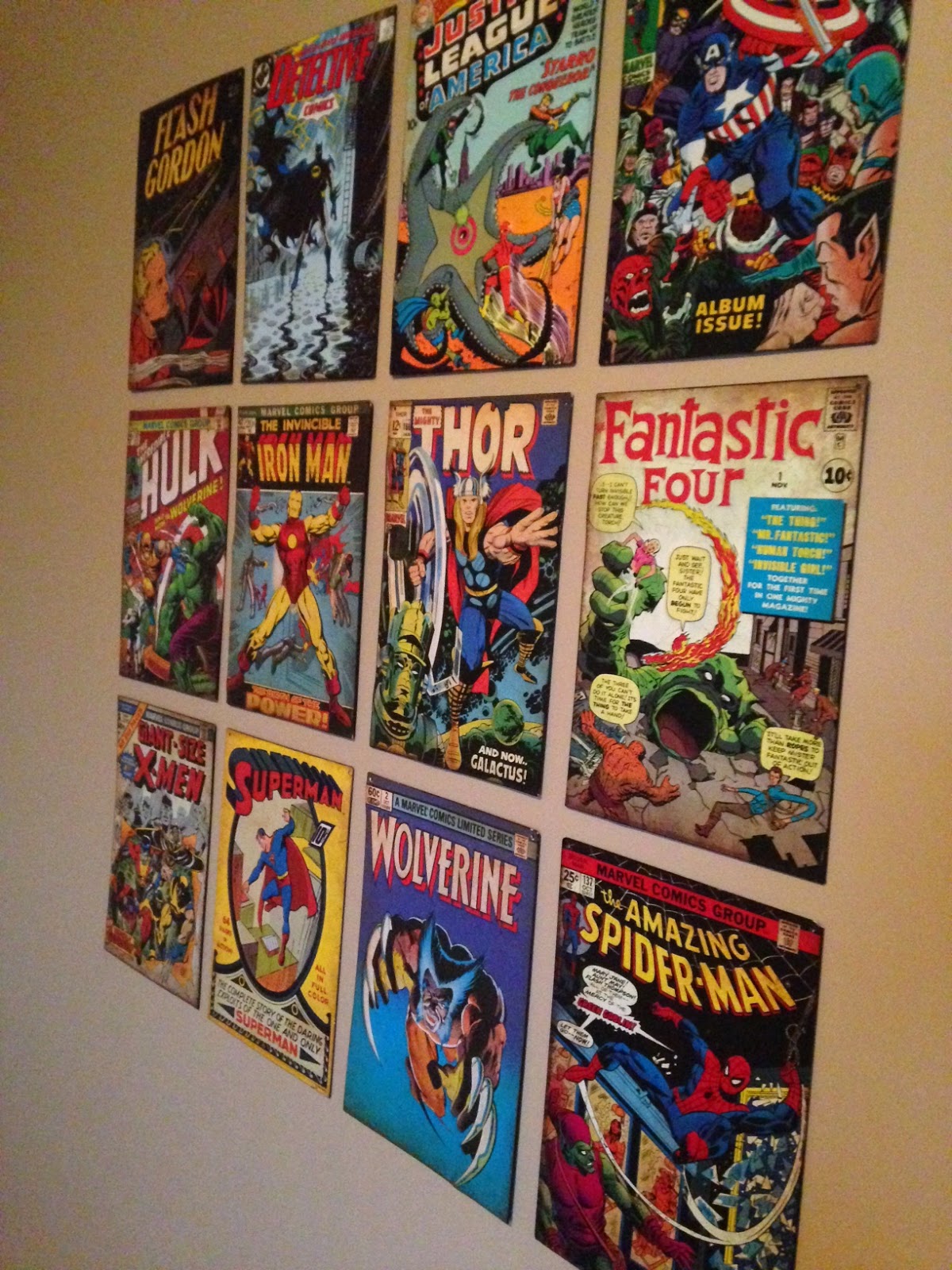 *sorry for the crappy iPhone pics, I was lazy and didn't want to get my camera out!
Posted by Kayla South at 9:36 PM