Birthdays just aren't what they use to be but I am so very thankful for friends who still make you believe they are. 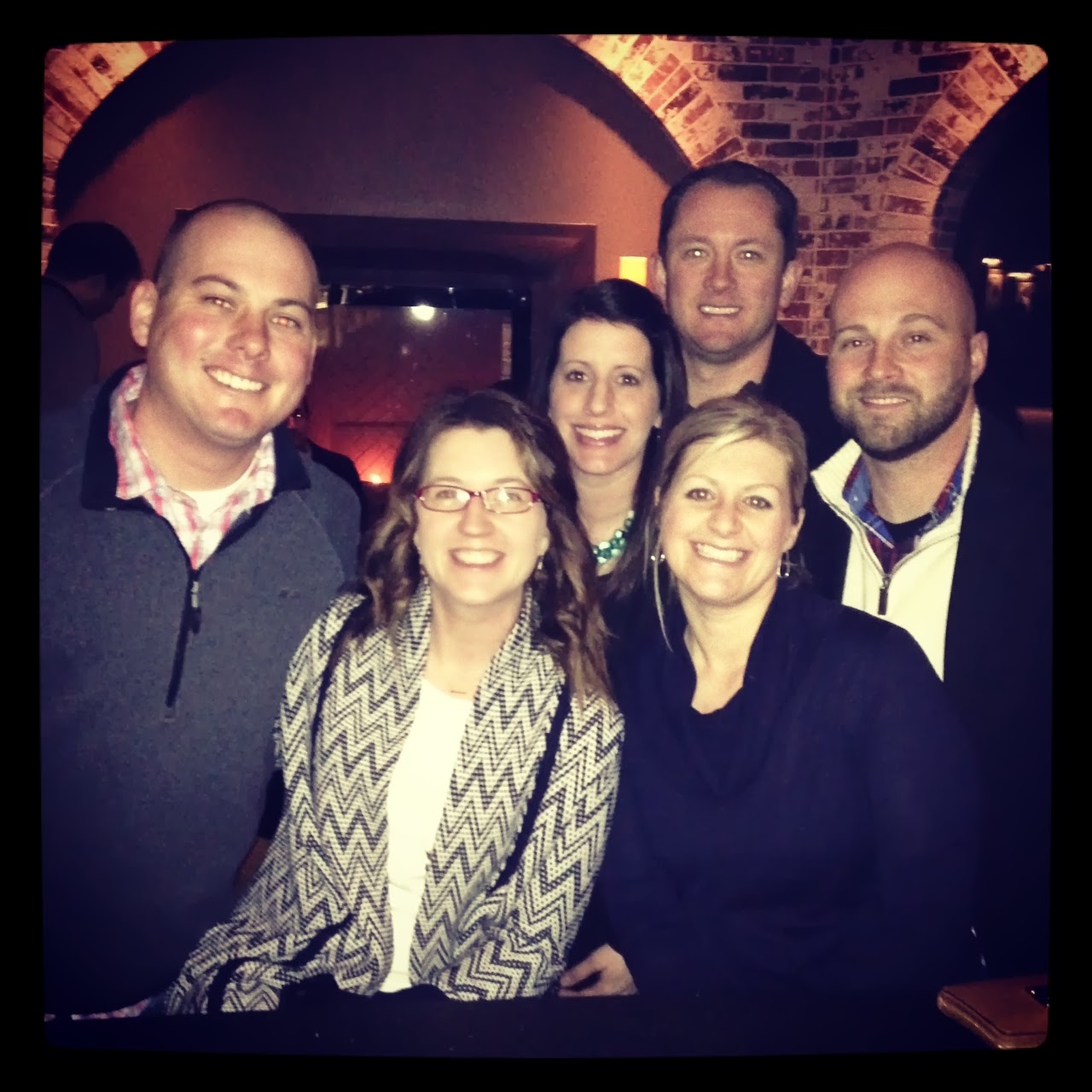 With only a few days notice our friends found babysitters and joined Justin and I out for drinks and dinner on the Plaza, a very cold & quiet Plaza. I decided that I wanted to try something new for dinner so I had reservations made at PotPie in Westport but the only time they had was 6 and although I don't like staying out that late anymore, that was a tad early. So we canceled the reservations there and I called up Gram and Dunn. I had been there so it wasn't exactly new to me but no one else had been & I was sure it wouldn't disappoint. 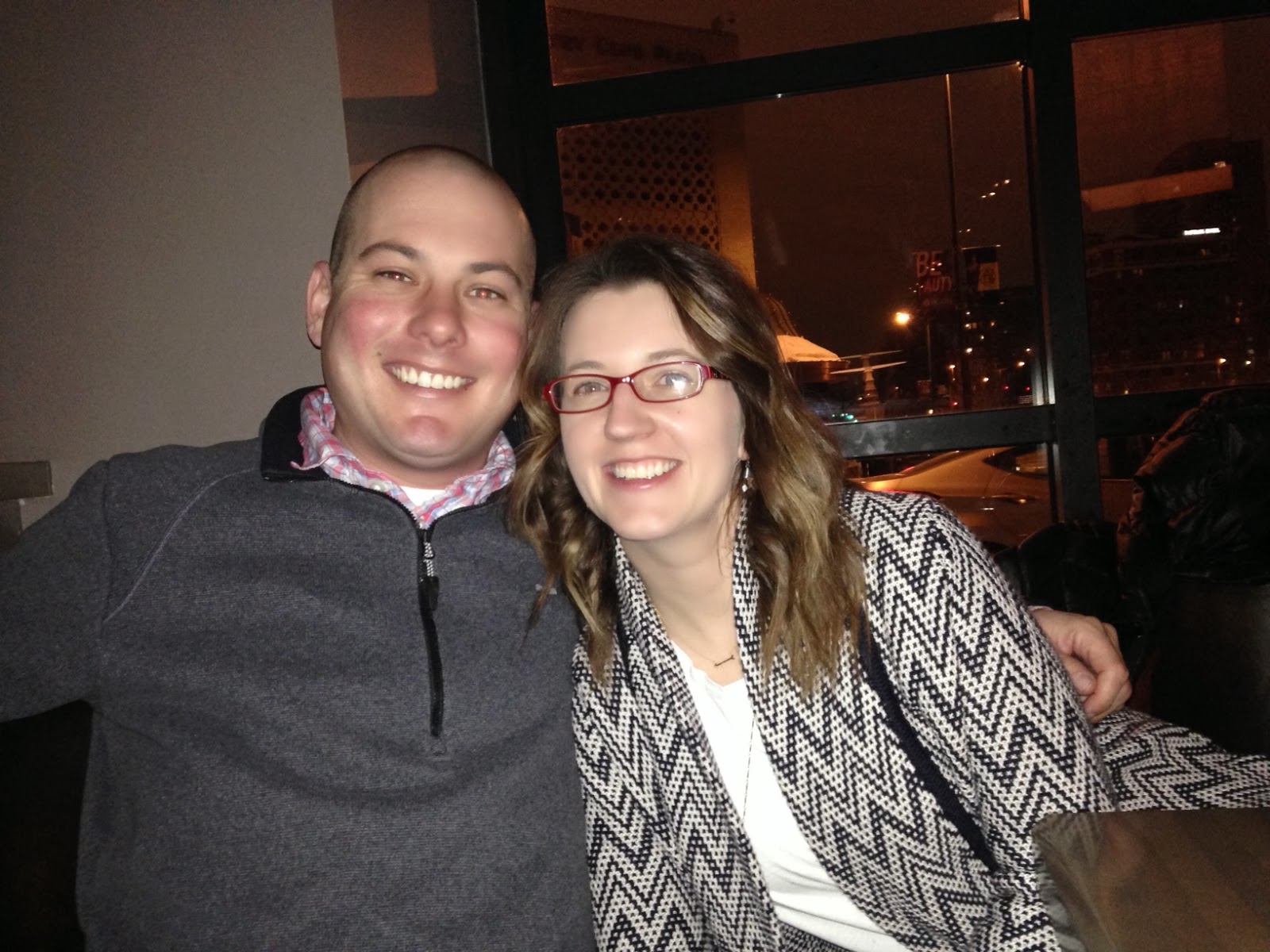 & although I am still on somewhat of a wheat and dairy free diet (I try and limit the amount I consume) I threw that out the window & went for the kill. I had the Chicken & Waffles & although I could have devoured the entire plate, I was kind & we passed my plate around the entire table for all to enjoy. 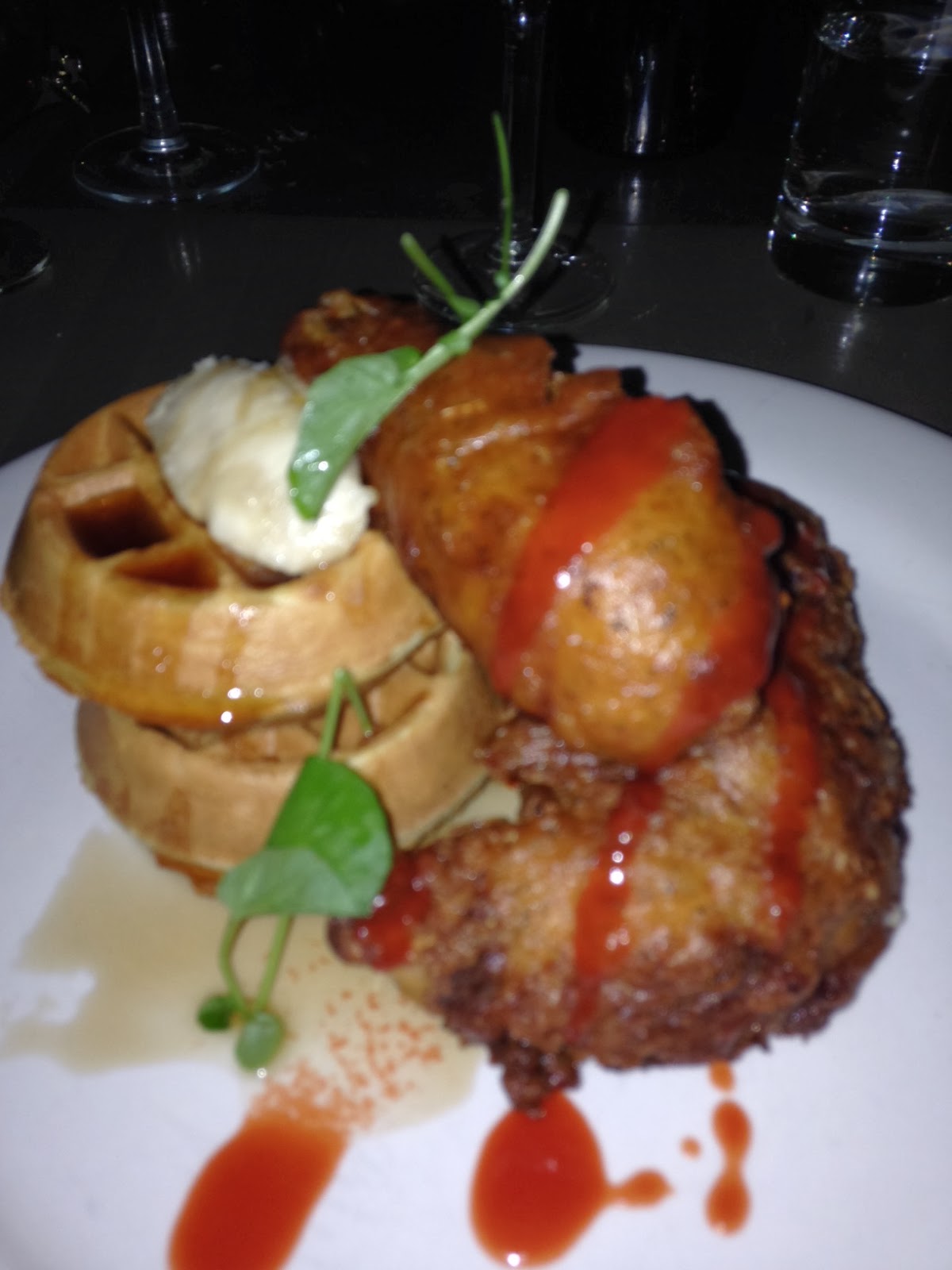 & in other news, I ordered something other than a RBV. Yes, you heard me. I actually drank a martini, I believe it was called a D-Cup & it tasted like pink lemonade. 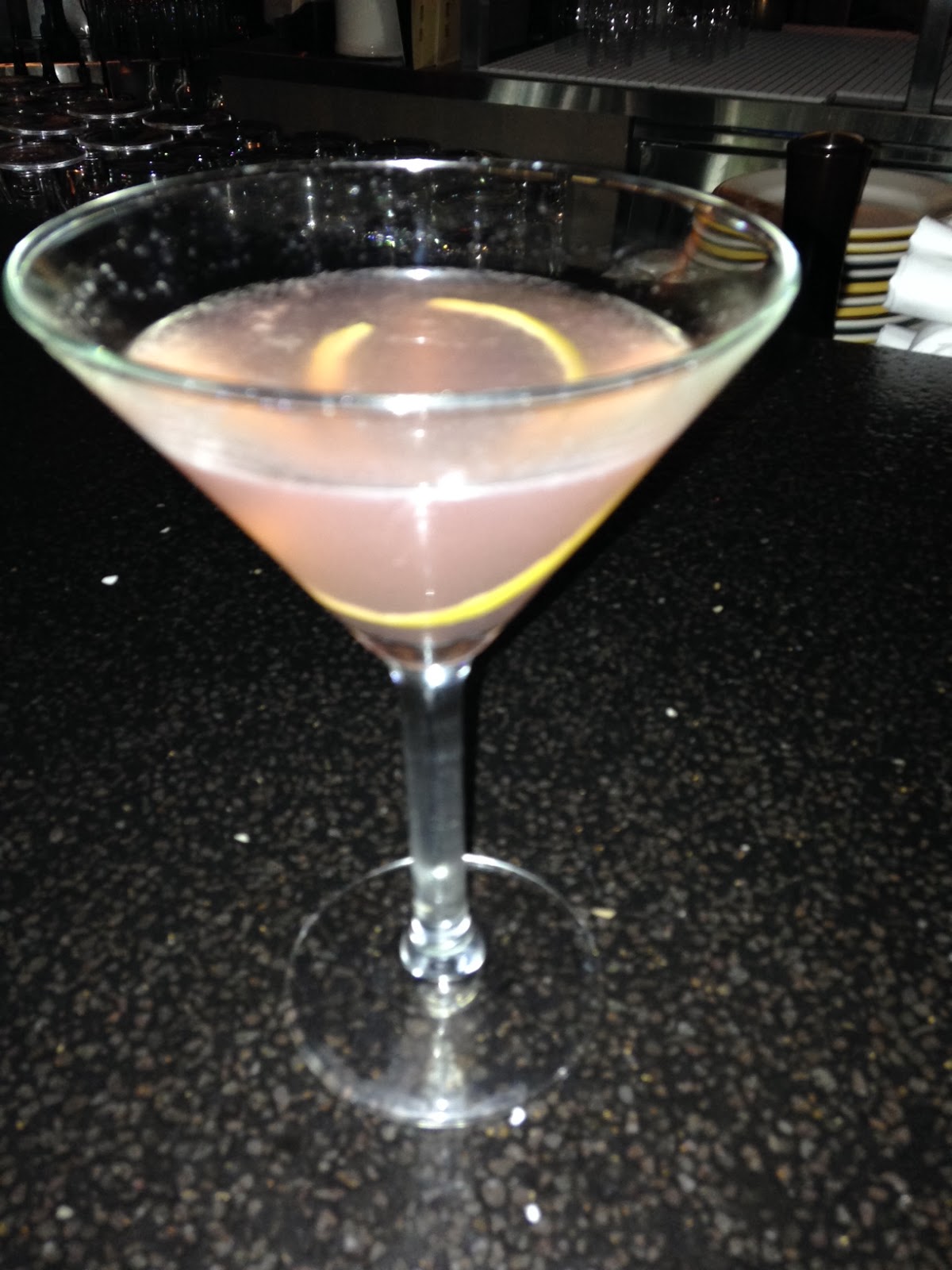 & my pre-birthday celebration would not have been complete without a trip to the Melting Pot. It was good but my husband could totally have done that here at home & we wouldn't have had to deal with the "Melting Pot Smell"---it can just be too much at times. 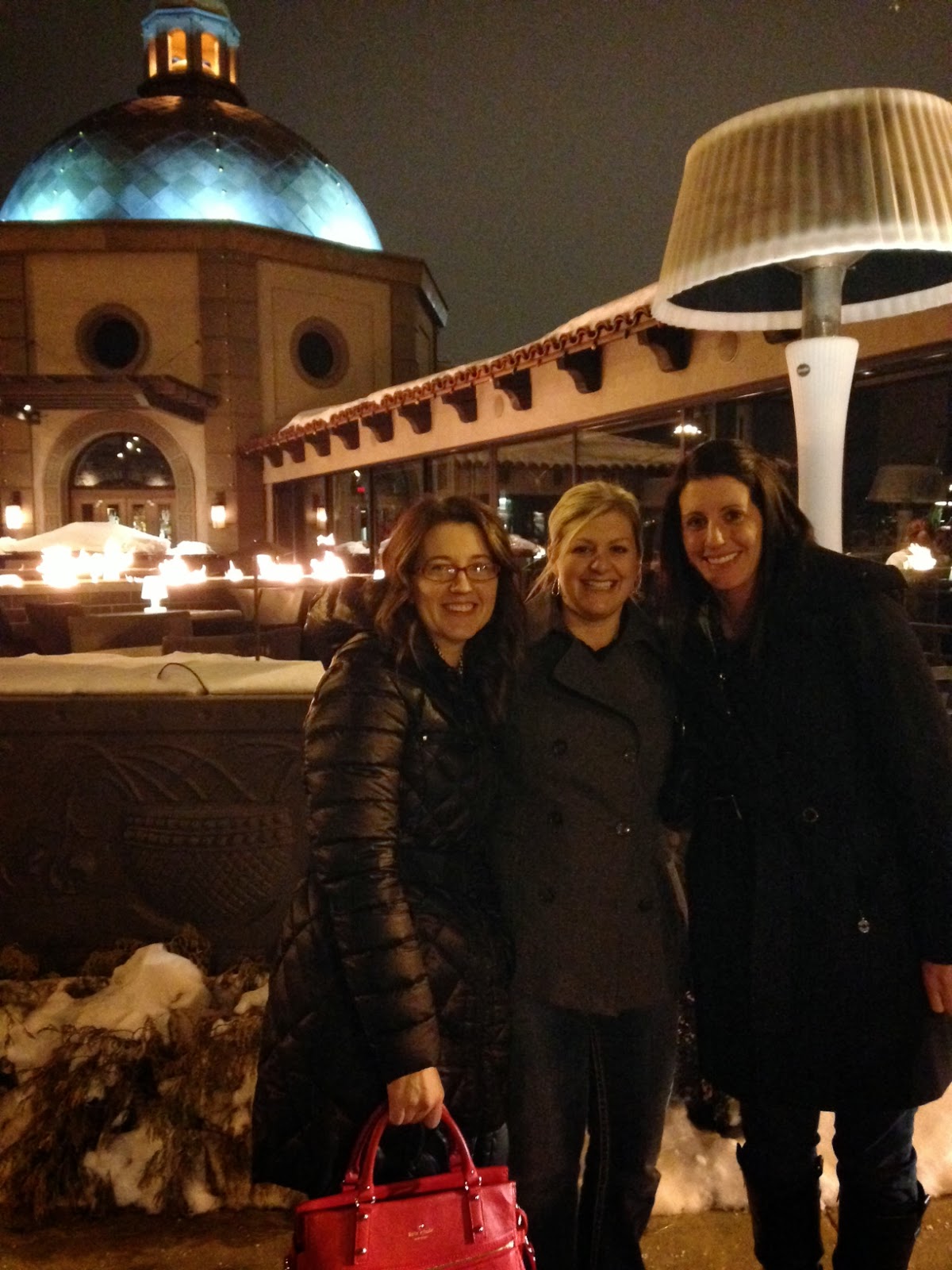 By this time it was 10:30 and my bed was looking pretty good. We said our good-byes & we headed home to our babies. Both being awake when we came home--in bed, but awake which was perfectly fine with me.

& this weekend brought a lot of down time. I had a couple of shoots scheduled but due to illness (both on my part, coming down with a sore throat and not a great idea to do a newborn shoot, & a little client who was sick) & the snow from today, all shoots have been postponed. I should have gotten the boys out of the house this weekend but I didn't, we enjoyed some much needed quiet time at home, with NOTHING on the schedule. Now, if it could only warm up or better yet, we planned a spur of the moment cruise to the caribbean. That sounds amazing.

Even though birthdays aren't what they use to be, I do plan on taking full advantage my 32nd year & cramming as much family & friend time as I can into it. To be more spontaneous, which for a planner like me will be hard to do but I'm up for the challenge. To be a healthier me-physically, emotionally & spiritually. To be a better Wife. Mother. & Friend. Birthday's might not bring as much excitement as they use to but they allow for reflection & to ask-what's next. What's next for me & my amazing little family we have built. Guess that means you'll have to come back from time to time and check in on us. I do know that there is a little JT in my very near, as in next weekend, future!