Tomorrow is the end of an era--my little brother is hanging up his policeman hat after 6+ years of being on the force.

And I couldn't be more proud of him & what he has sacrificed over the last six years. My brother is what you would call a GOOD guy. & he truly wanted to make the world, well his jurisdiction, a better place. He went to work each day thinking about how he could make it better but just like with any job, politics can get in the way. But he still tried to keep his head held high & to serve his community the best he could.

For 6+ years he got up in the middle of the night or went to work in the evening when we were all getting off work, put on his vest & strapped on his weapon & patrolled his community. He often worked late due to a call coming in just as he was about to head home to his wife and baby girl & without hesitation he would respond--to a theft, domestic abuse or heaven forbid something even worse. Countless times he would miss dinner. He would miss birthdays. He cut vacations short or didn't even go on vacations because his job was serving & protecting and he valued his job. He valued helping people.

& as I sit here and think about the comments I have seen on Facebook about officers, in general, & how horrible they are, it makes me sad. It makes me really sad. These people put their life on the line. Everyday. & for who? US! They patrol the school yards & protect our kids. They put criminals & drug dealers behind bars so that our families and kids can play outside & feel safe in their own homes. They deliver babies stranded in traffic in ice storms. They save lives.

& they give us speeding tickets. Hell, I've gotten two in the last year & you know what, I WAS speeding. I was breaking the law and as badly as I wanted to try & pull some fast one on the officer, I thought of my brother. This officer was just doing his job, just like my brother would have been. So I took the speeding ticket and I thanked him. I thanked him for doing his job & he looked at me & said that he didn't get that very often & smiled & tipped his hat. & you know, that's a shame. I wish he heard it more. I wish she heard it more.

Yes, there may be a few rotten apples in the police departments but for the most part they're all trying to do their best to make our streets safer & for that I will be forever grateful. It takes a very special kind of person that can put their lives on the line daily & take the amount of ridicule from the drunks, druggies, criminals or the random person just having a bad day AND still get up the next day and do it over again. And again. And again.

I couldn't be more proud of my brother than I am right now. He made a difference each and every day he was in uniform---I can't say the same about me. Can you? So if you see my brother around town tomorrow, give a good farewell wave. & the next time you see an officer, thank them. Even if they are giving you a ticket, because let's be honest, you were breaking the law. & remember just how much they are putting on the line every day--they are someone's husband. They're some little girl's daddy. A father and mother's son. A little brother. And an uncle. 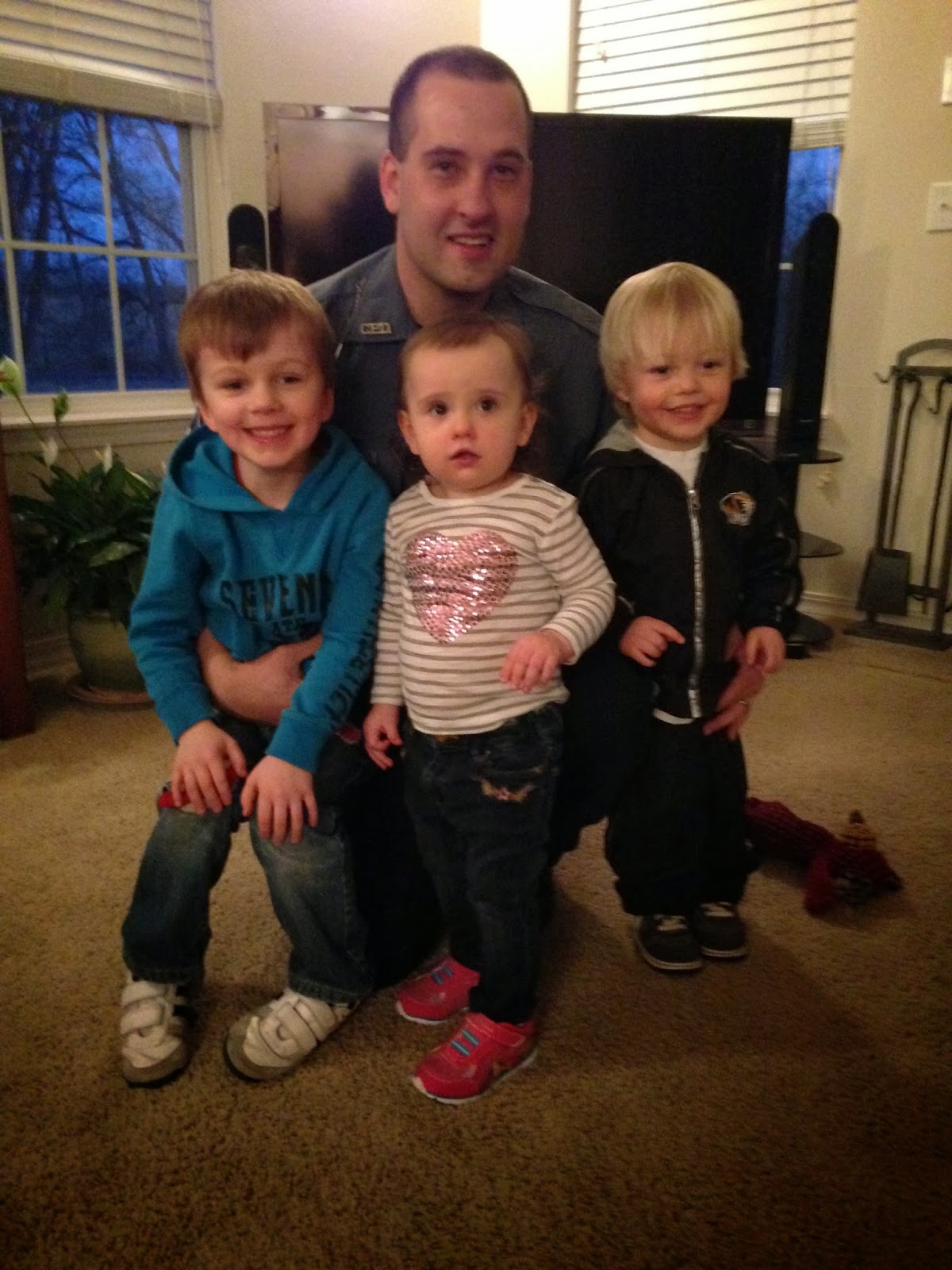 So why the switch. Family. That's why. & we are so excited that Uncle Zack, Aunt Lindsey and Cousin Maddie will be able to come to KC any weekend they want this summer, maybe even the Lake.

Love you little brother and Justin, Kaden, Logan and I couldn't be prouder of you. You are a true hero.