Yes, I am going to try and wrap up our Christmas holiday with today's final post! & for this post we are headed down South, & by down "South" I really just mean SWMO, two hours south of where we live---a nice and quiet ride if you can plan it during a NAP but it wasn't nap time so instead Turbo provided us a very nice quiet ride.

This year the plan was to head down to my mom & dad's the day after Christmas & celebrate the first Hartley Christmas that evening after everyone else arrived. We got there just after noon & the boys were so very excited to see their Grandma Sara & Papa Tom. I was just happy to be "home" & to be home for more than just one day.

We unpacked the car, ate a little lunch & put the boys down for a nap. & that's when everyone else started arriving & the house was full. 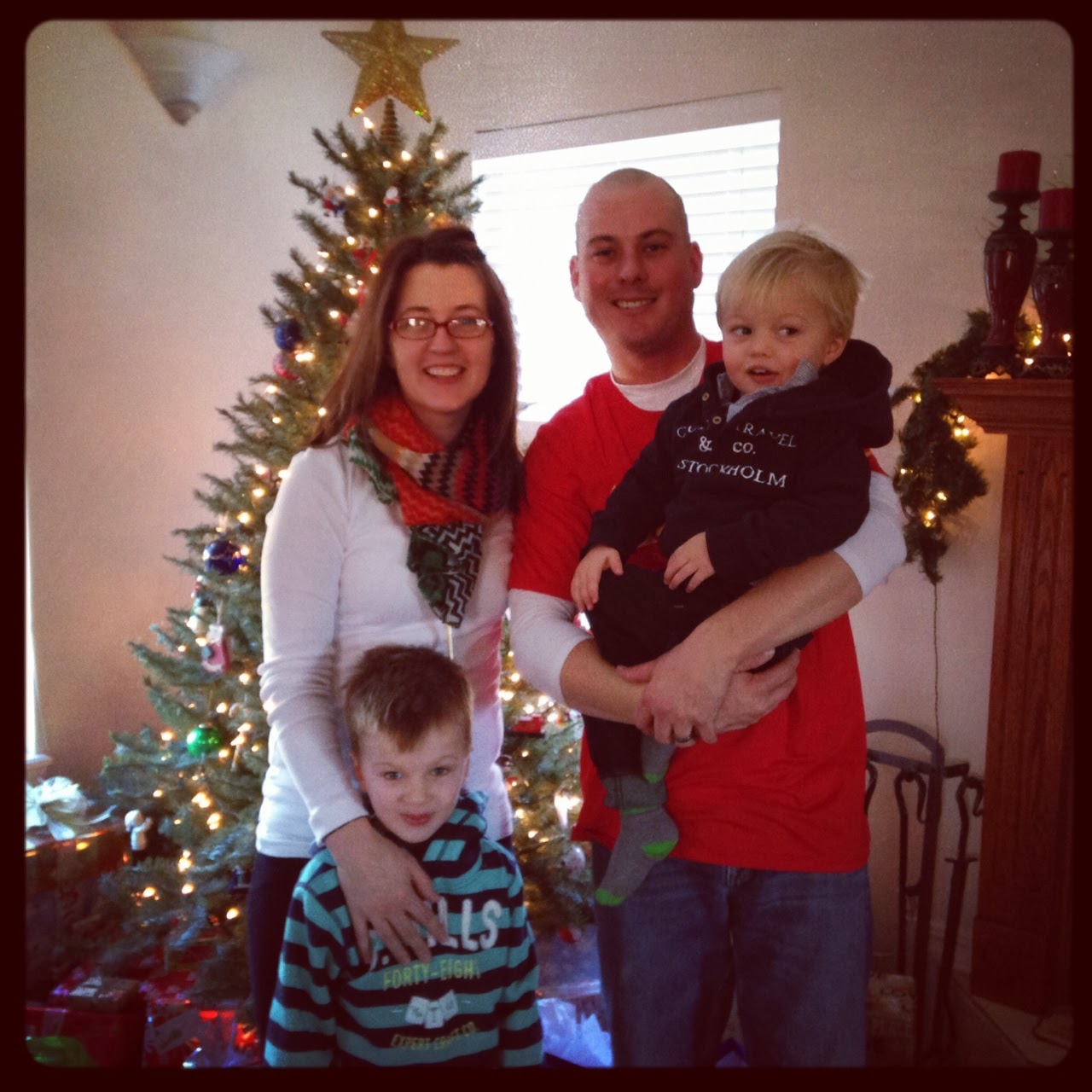 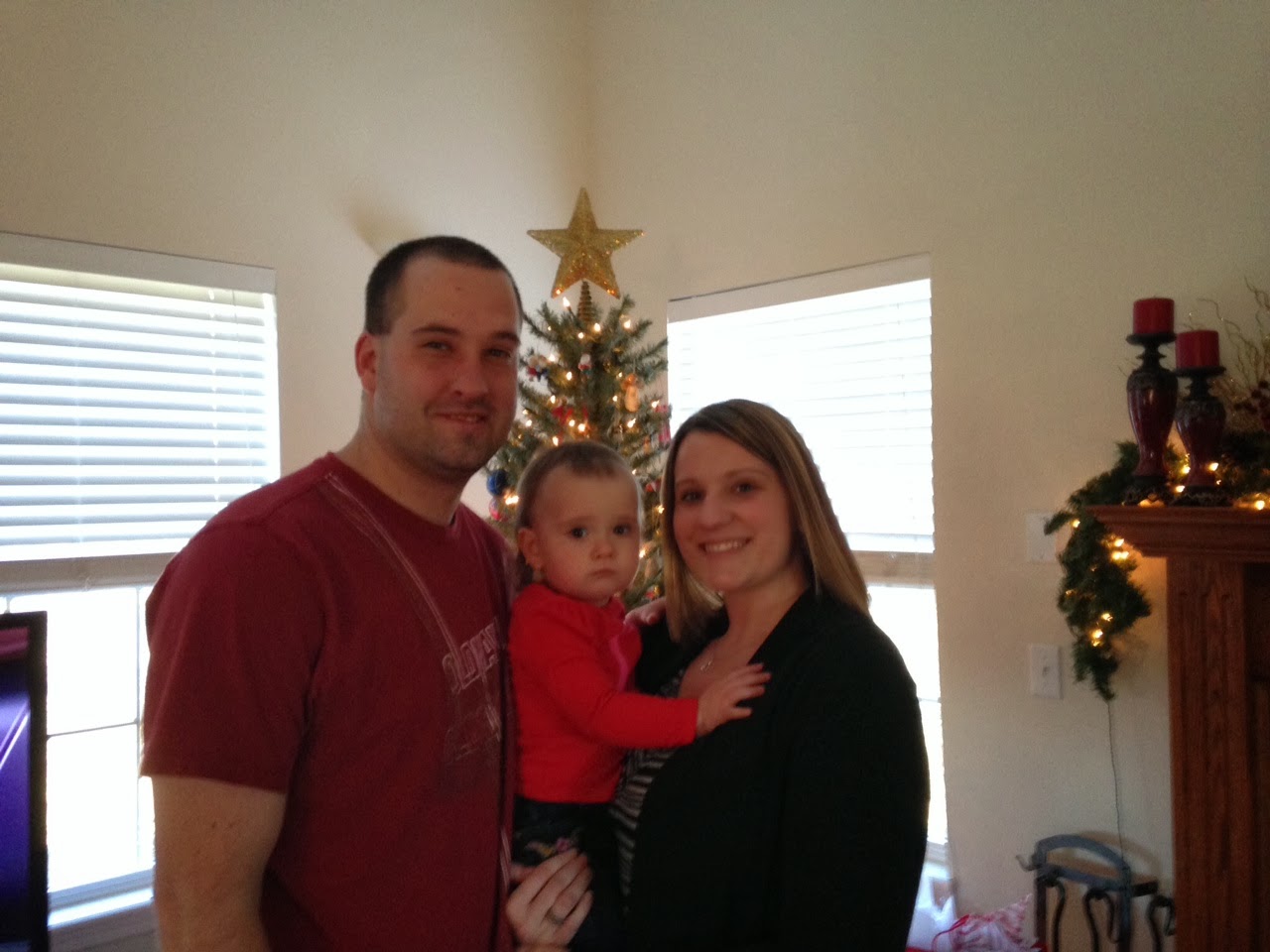 & this year my oldest nephew who is now driving, got to bring his adorable girlfriend. I am not sure she knew what she was in for & I hope we didn't scare her too badly but boy did my little guys love her. I can see why Bretters is so smitten. 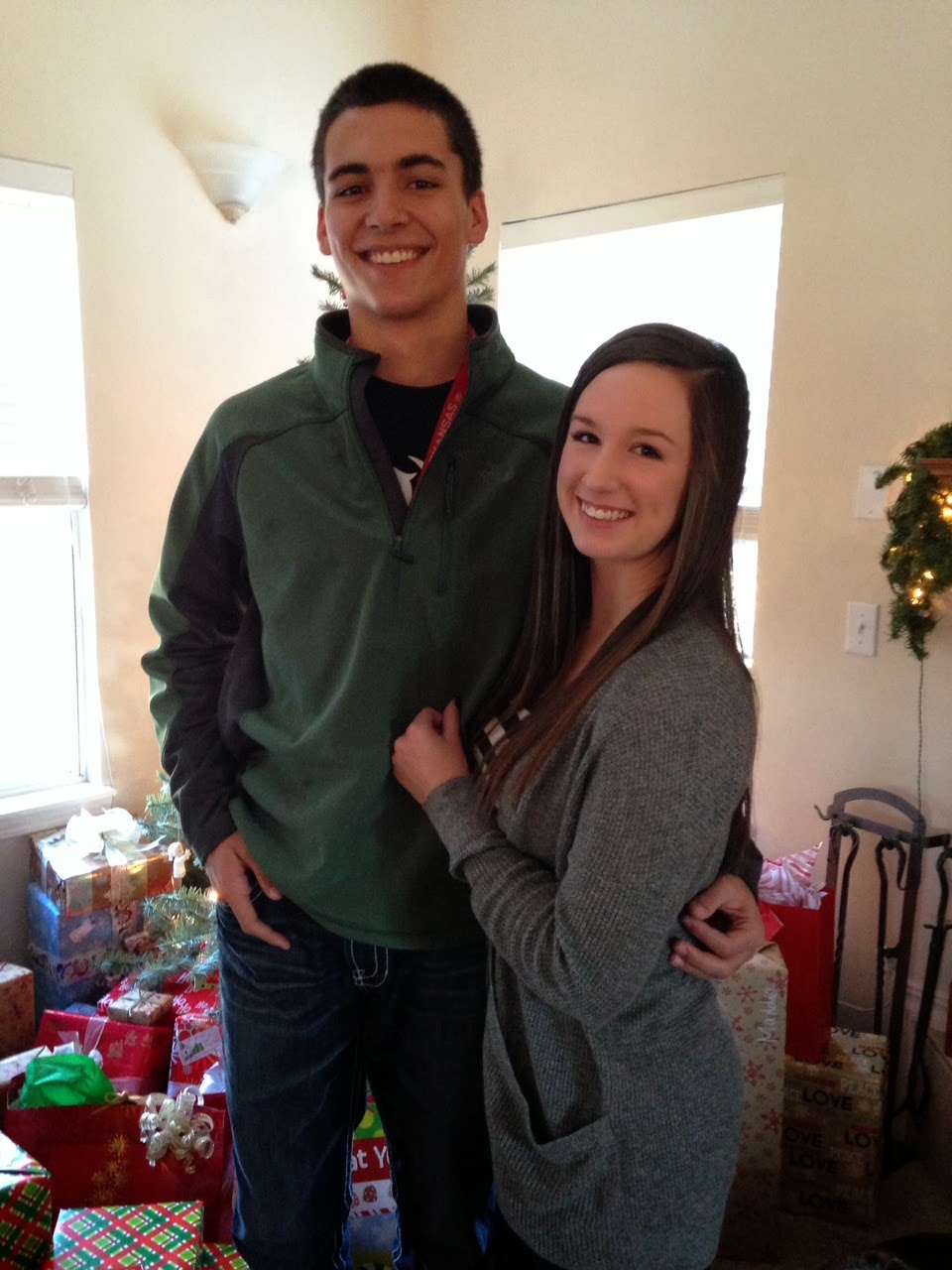 Finally Papa Tom announced it was time to open presents & the boys jumped in excitement. They raced over to the tree & started passing out presents as though they knew who they belonged to. Once we made a few exchanges here and there, we were ready-for the madness-or were we. In the past, our family has been known to just dive in, everyone at one time, ripping each present open as fast as you could to see what was inside and then it was on to the next. When Justin spent his first Christmas with me he was amazed by the madness & then I saw why when I went to his, each person takes turns opening one gift at a time. Our way was fast and chaotic, his way was slow but refreshing--so we decided to incorporate a little of each into our family Christmas'. The kids all take turns opening up one gift at a time, youngest to oldest, not only does this teach patience but everyone else gets the opportunity to see the expressions on each kids' face as they open their gifts. Once the kids are finished, the adults dive in! Who says the kids have all the fun. 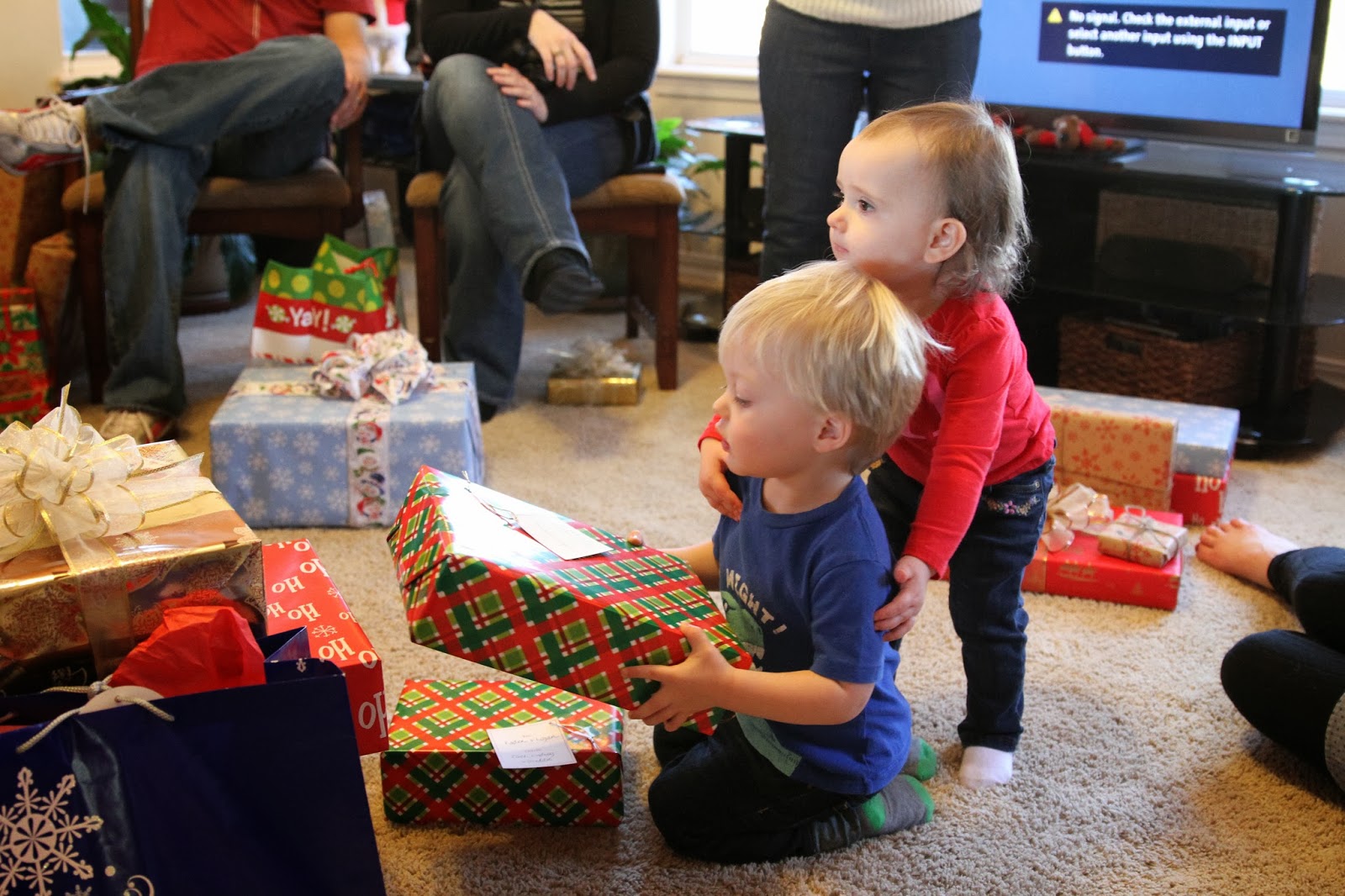 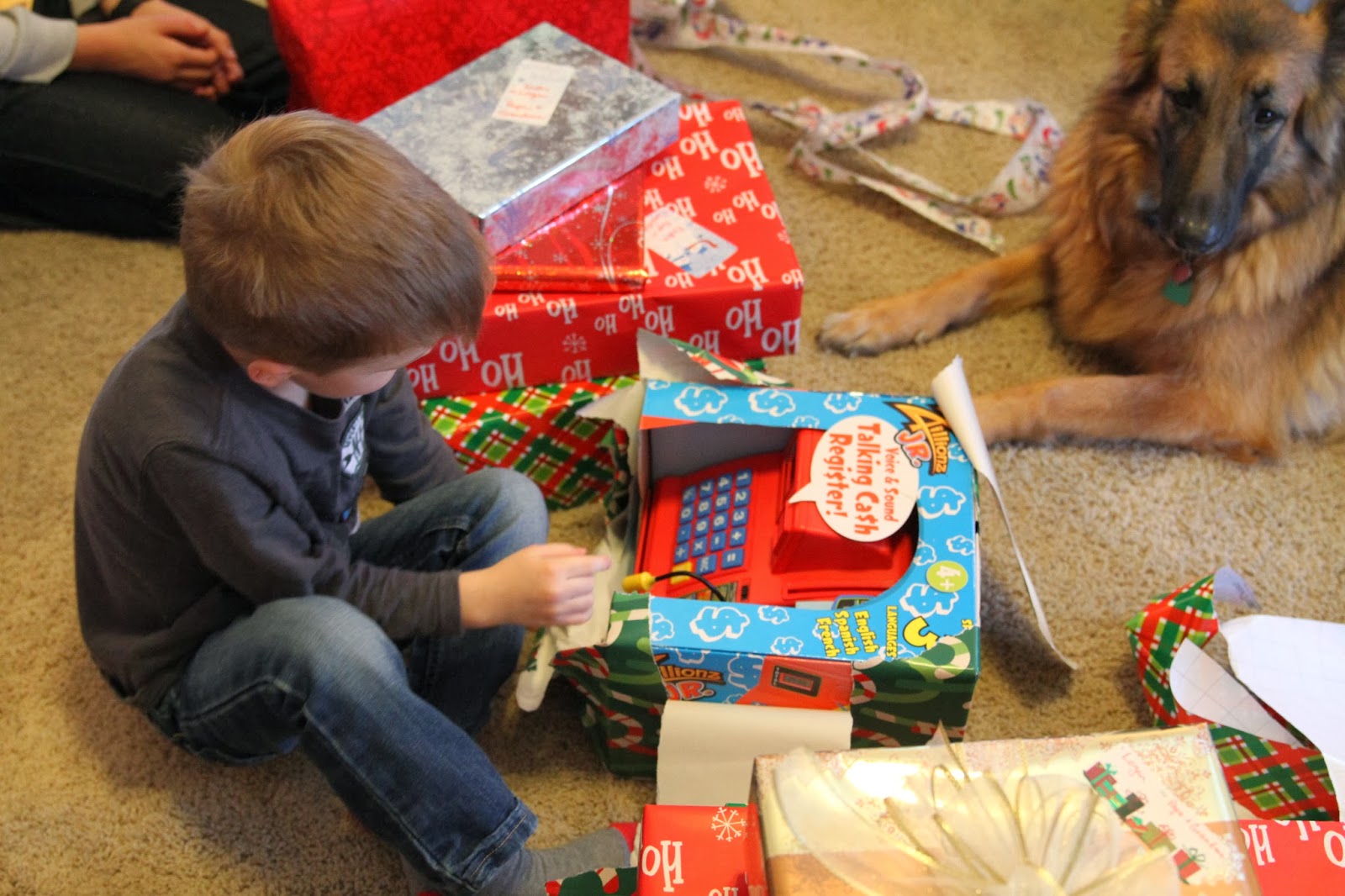 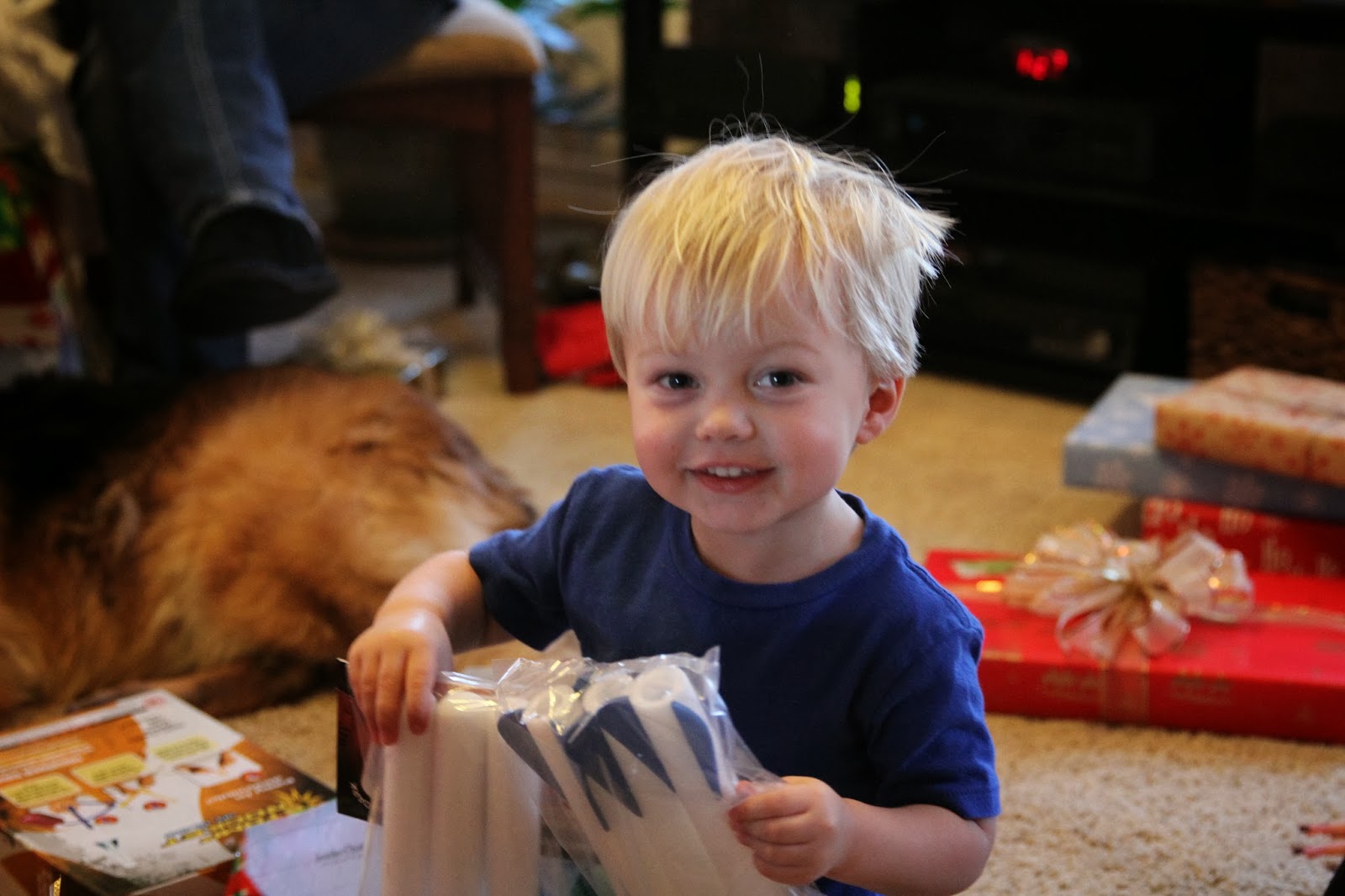 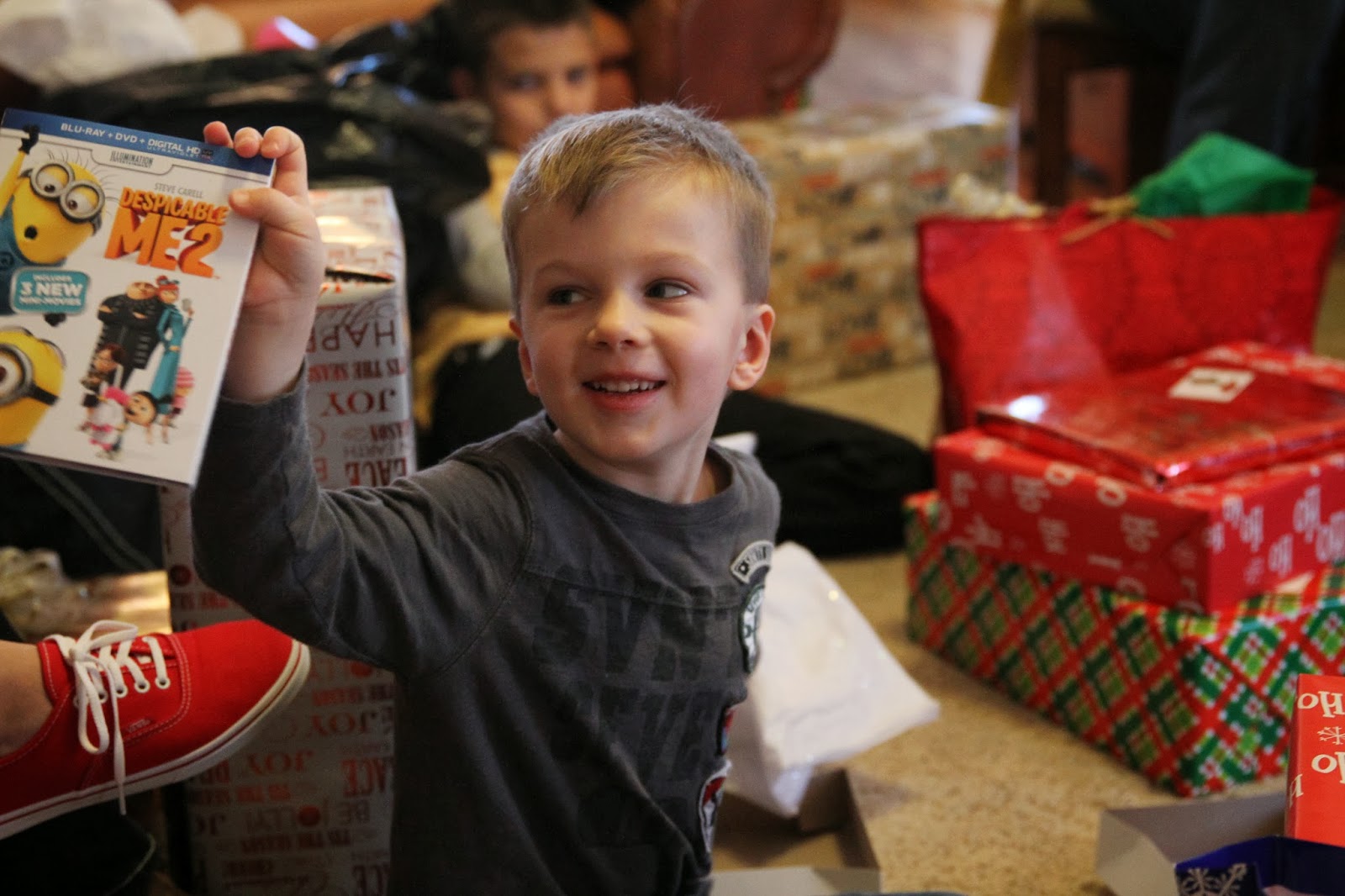 After all the wrapping paper was placed into trash bags, we loaded the kiddos up to see the lights---one of our family's holiday traditions. People come from all over the 4-states to see these lights, it tells of all the wonderful stories from the bible--the birth of Jesus, David and Goliath, Noah's Ark… 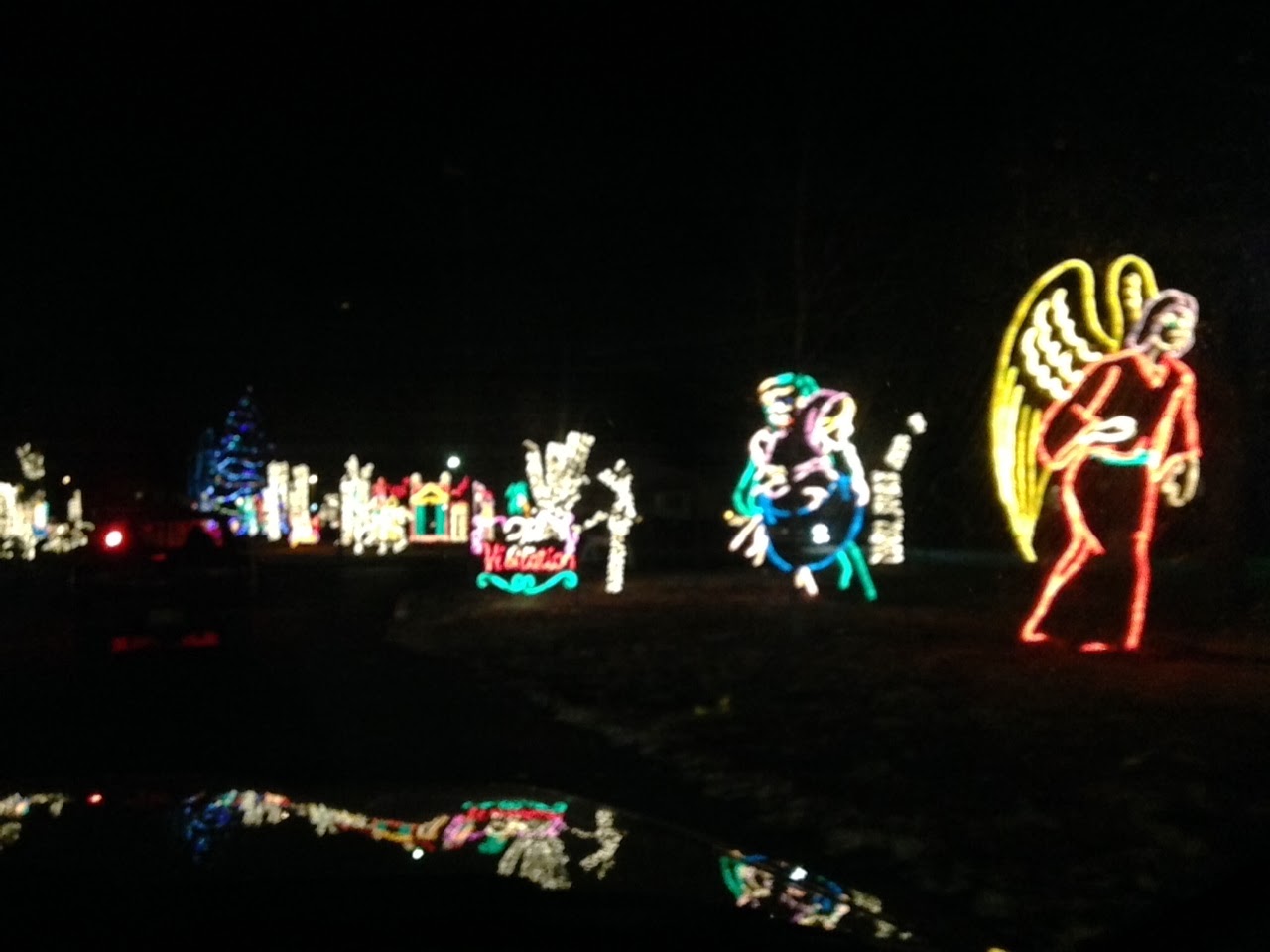 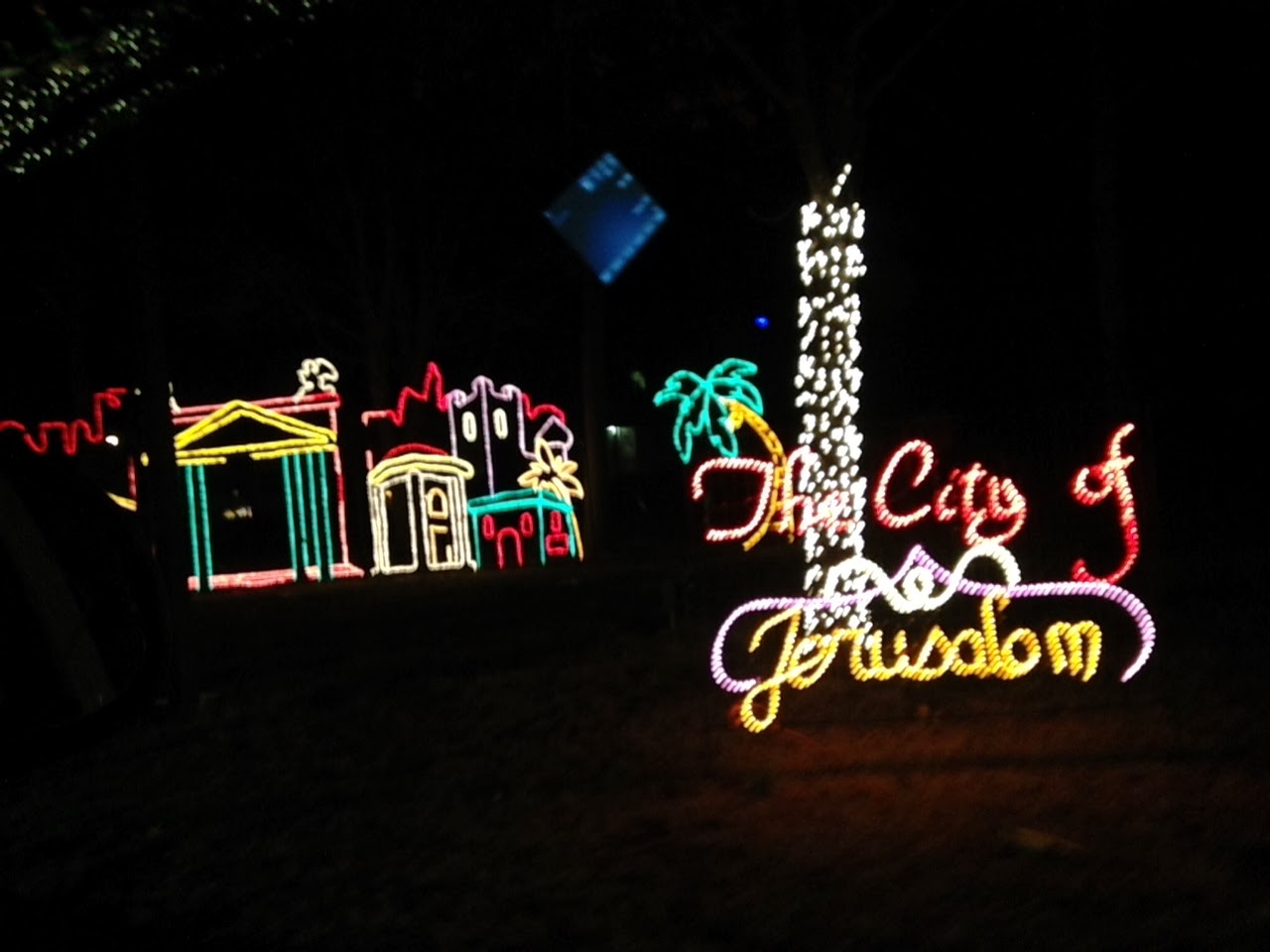 The boys weren't too excited about the lights last year but this year was a completely different story. They didn't take their eyes off of them. They pointed out Baby Jesus in the manger & Jonah & the Whale. We were hoping they were getting tired from all the festivities of the day but no such luck, we came home & the fun only got better. Check out the Hartley Leg Wrestling videos here.

Finally we all turned in around midnight. One Christmas down, two more to go. The next morning Daddy headed back to KC to be here for a few items arriving for the bar project & the dogs, & the boys & I decided we would stay and get spoiled by my mom and dad. And talk about spoiling, this little girl got her first sucker, but don't tell her mom and dad! 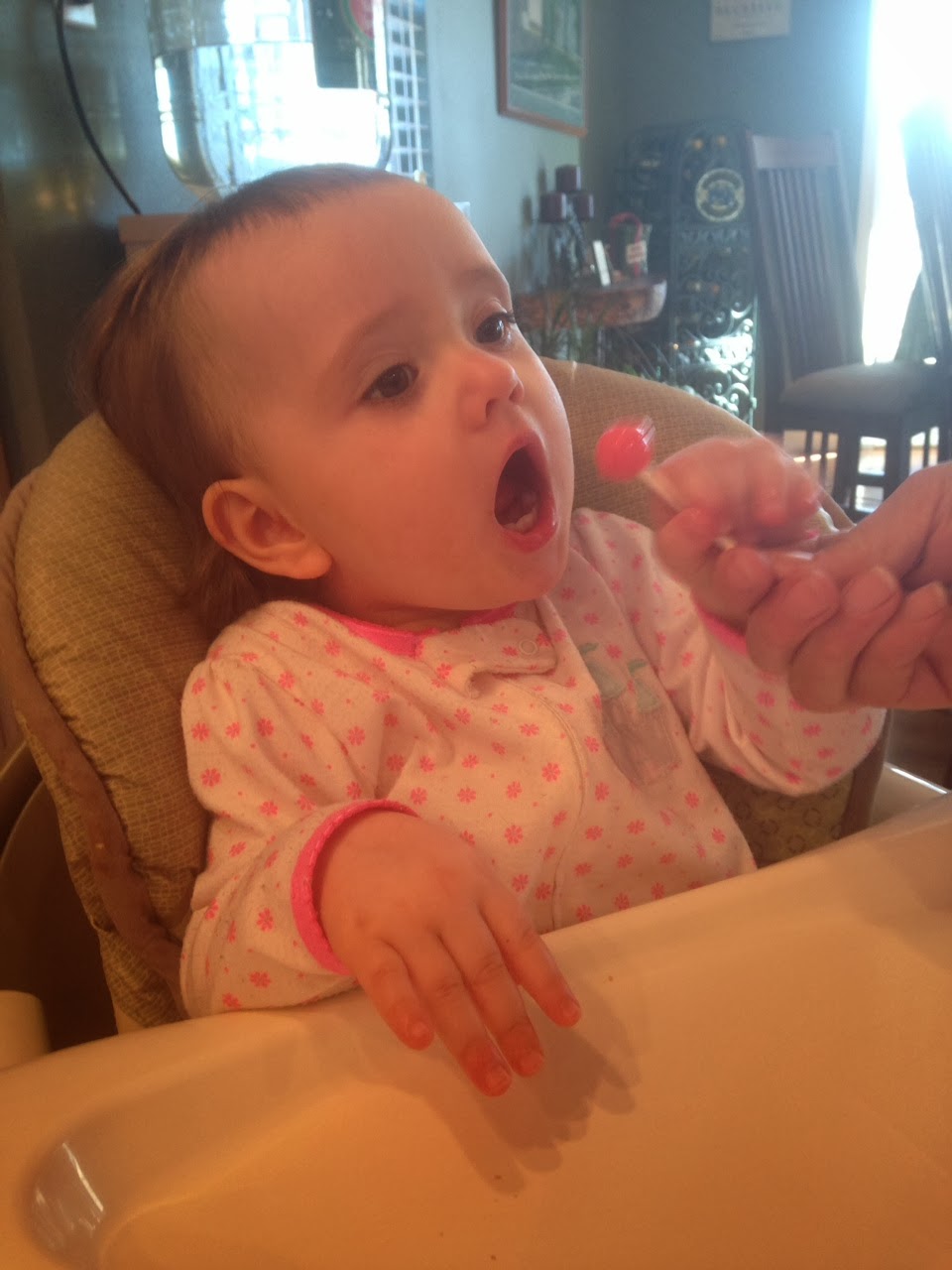 That evening we headed out to the Hartley Christmas at my aunt and uncle's, it was so nice to see the rest of the family. To see Papa Richard. To watch the boys' personalities come out. & of course we used the "if you want more presents you have to take a picture with me & Grandma Sara", totally okay with bribing. 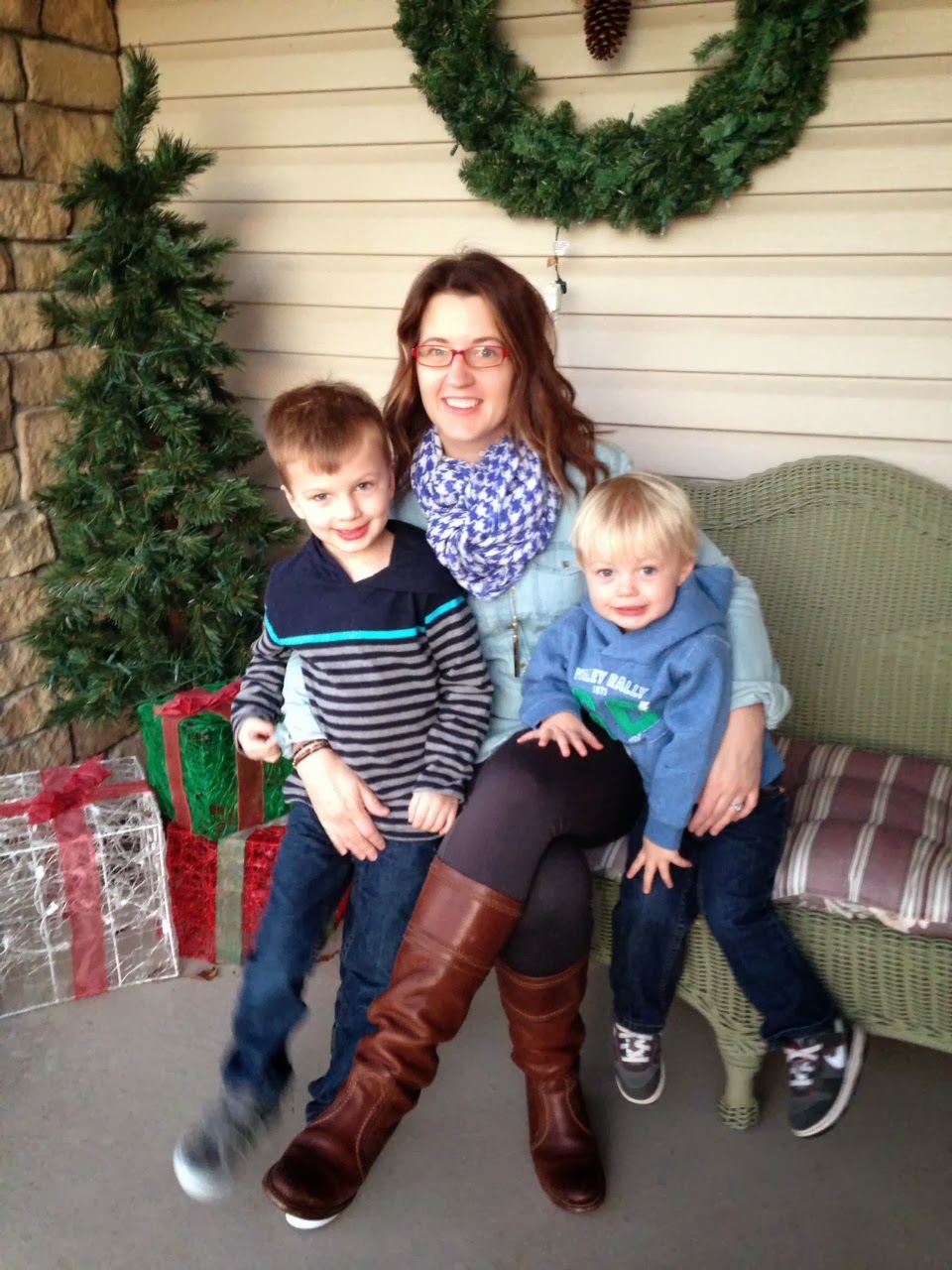 After this evening, things started to go downhill, quickly. My sister and the boys left, Leah got to stay behind and have another day of "fun" with us. And I shouldn't say it all went downhill, we got to go to the Earl Christmas which was so wonderful. We got to see family, especially my Grandma Earl, that we haven't seen in months & some of them maybe even years. & this Christmas might go down as the Christmas Heard Round the "CITY". Let's just say, it doesn't matter how old you get, boys will be boys & they will always LOVE blowing things up. My boys were pretty impressed by the "BOOM" they heard & I am pretty sure I felt the floor below me moving.

On the way home I decided that I need to get some Children's allergy medicine for the boys, they were both having a few problems & we just wanted to kick what they had. I gave Logan a little bit & both kids drifted off to sleep. A few hours later, Logan woke up with a horrible fever. I gave him tylenol. Thirty minutes later I looked over at him and he was just staring at me. His cheeks were as red as a fire truck & his tiny heart was racing faster than my mom & I were both comfortable with. We decided a trip to the ER was needed. We were both scared. Logan just looked sad. Luckily, I was with my mom, she was able to drive & I was able to sit and hold Logan's hand & talk to him. We got there a little after 1 in the morning and luckily, it was empty. They checked him over, listened to his heart, checked his lungs & thankfully, he was okay. He just had the case of a very extensive fever. One that caused his heart rate to JUMP and accelerator quickly--both common in toddlers. We felt much more at ease but still worried about the little guy. 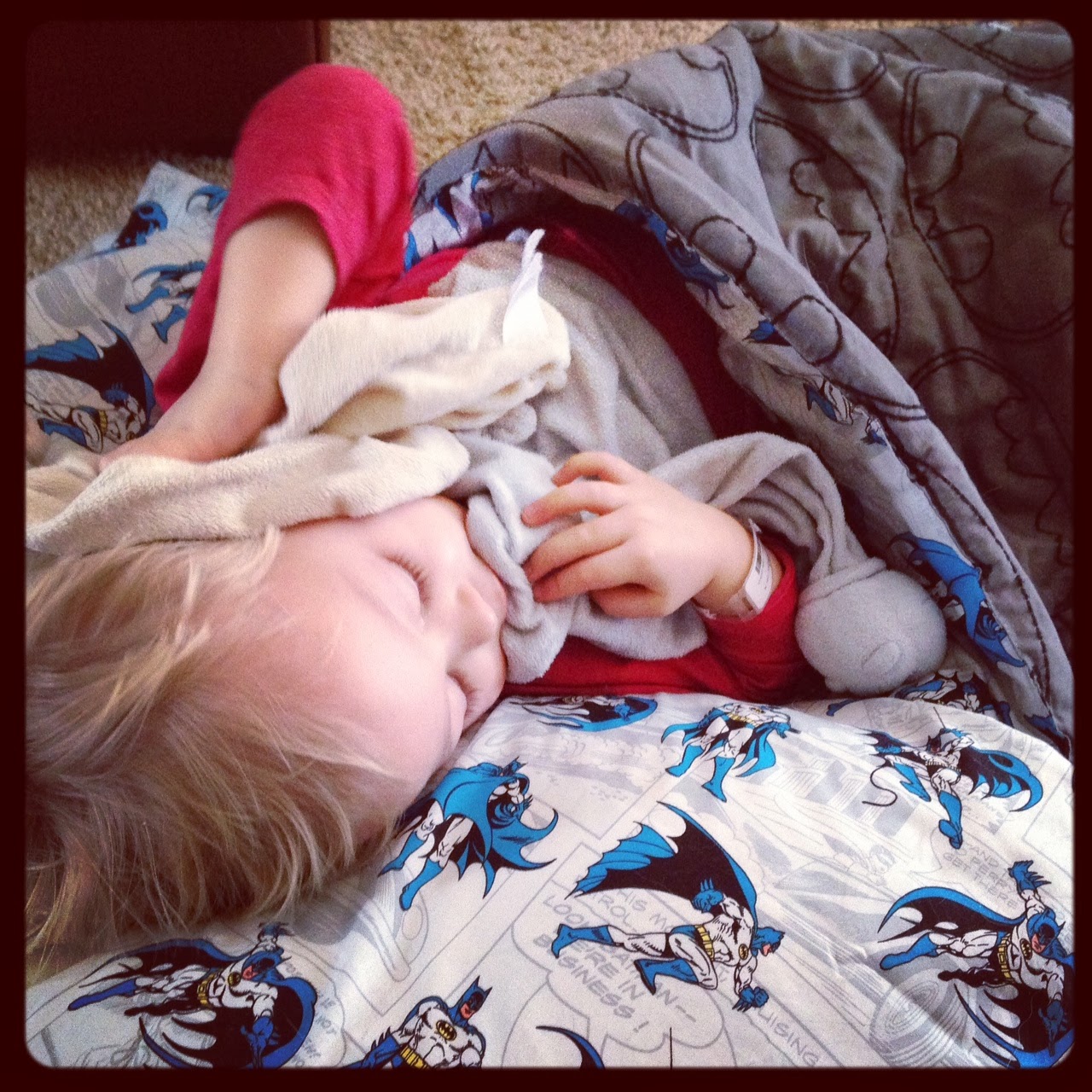 & for the next 5 days Logan fought the fever fight & eventually he kicked it but not before it turned into pink eye & giving it to Kaden. It was the strangest few days, as long as they had tylenol or mortin in their system, they were like regular boys but as soon as it wore off, they were back in our arms falling asleep. It was the roller coaster of all roller coasters--each time we would get our hopes up that this was the LAST time & each time, we were disappointed. Somehow, I managed not to get sick--but then again, Mommies aren't allowed to get sick… 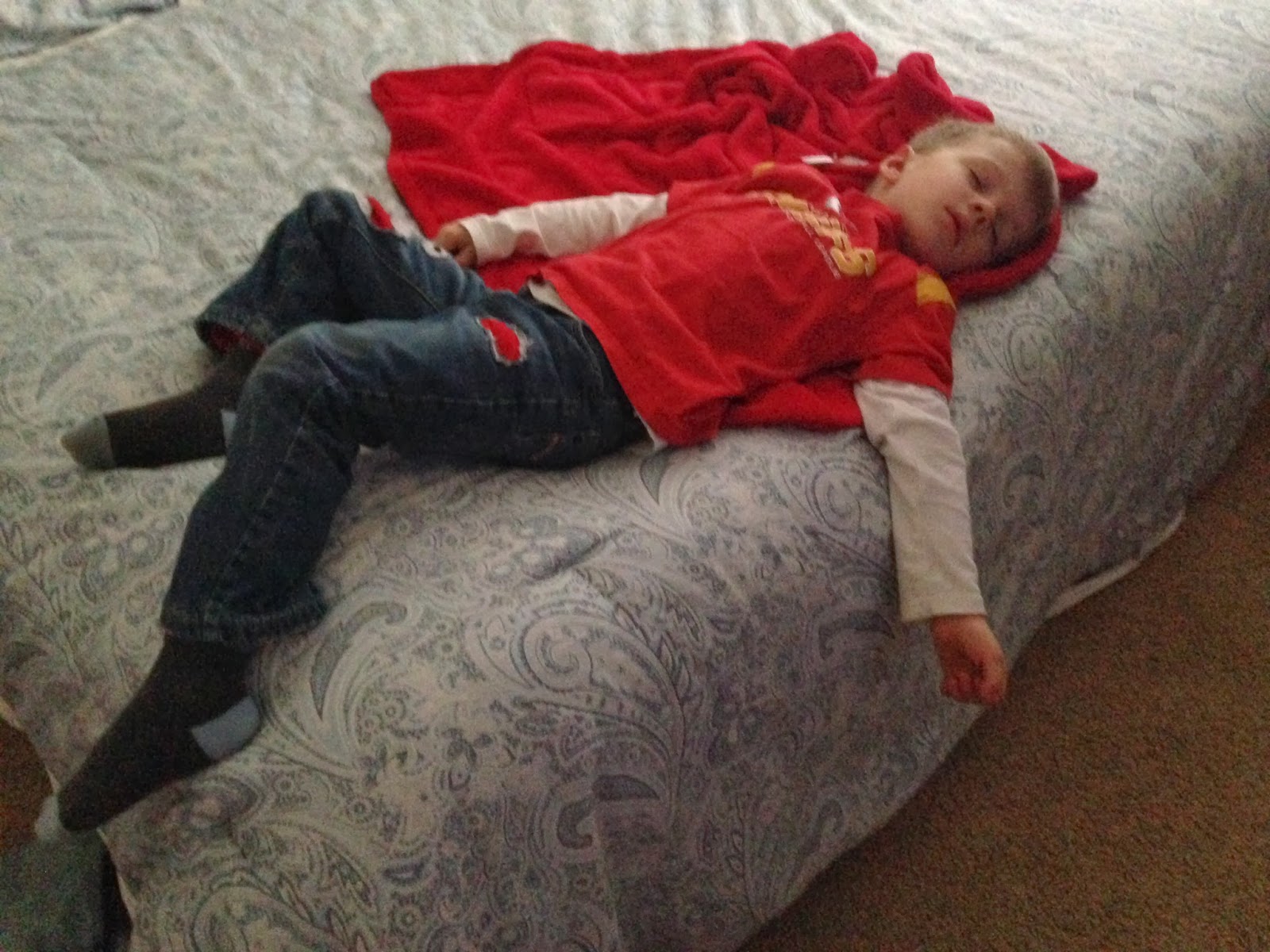 We did venture out on Monday morning to see Frozen which Kaden LOVED and Logan only made it through half of the movie. After lunch & a little more playing we loaded up and to meet Daddy halfway to KC in Butler & although I hated having to say goodbye to mom & dad, I was glad to be home.

It may have not been the Christmas we were all hoping for but honestly, getting to hold my babies and rock with them, wasn't all that bad. & while I rocked Logan, Kaden helped take Grandma Sara's Christmas decorations down & from that came one of my favorite pictures from the weekend. 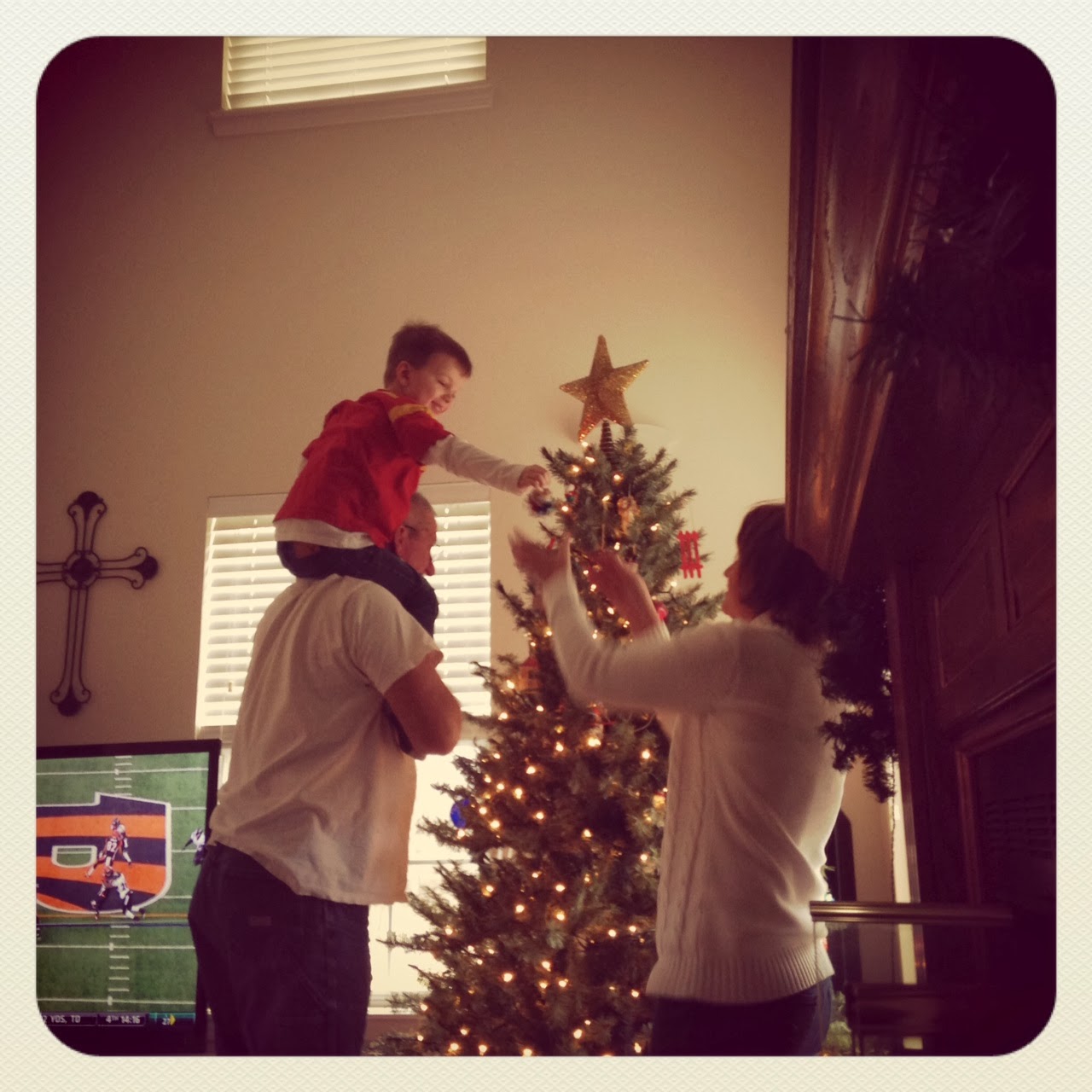 I won't lie, we don't go home often enough & the boys don't see their Grandma Sara & Papa Tom enough but when we do, we at least make the most of our time. & the boys are always so sad to leave.