A Couple FIRSTS for the South Boys

This last week brought a couple FIRSTs for each of our boys & one of them is certainly worth noting while the other is just sad. We'll start with the sad one first & although its sad, we are 100% blessed.

Kaden's first, well that just happened to be an ear infection. I got a text from our day care provider on Tuesday around 4:30 stating that Kaden had been complaining about his ear, his left ear to be more precise. I had a flight out the next morning & figured that Justin could just take him to the walk-in clinic. WRONG. It couldn't wait but I wasn't 100% sure where to go. & when I don't know where to go, I pick up my phone & send out a message to my mommy co-workers & quicker than Google could return my search, I had 3 great locations & off we went.

Side note---I am not sure I would be able to do this mommy thing without my co-workers. & I don't mean to diminish any of the advice and relationships that I have with my other friends & even family for that matter but these girls, well they get to hear it all & always know the right thing to say. We all have kids that are the same age & going through the same things & knowing this, hashing these things out on a weekly or daily basis, keeps me a little more sane. Thanks girls--you all know who you are! 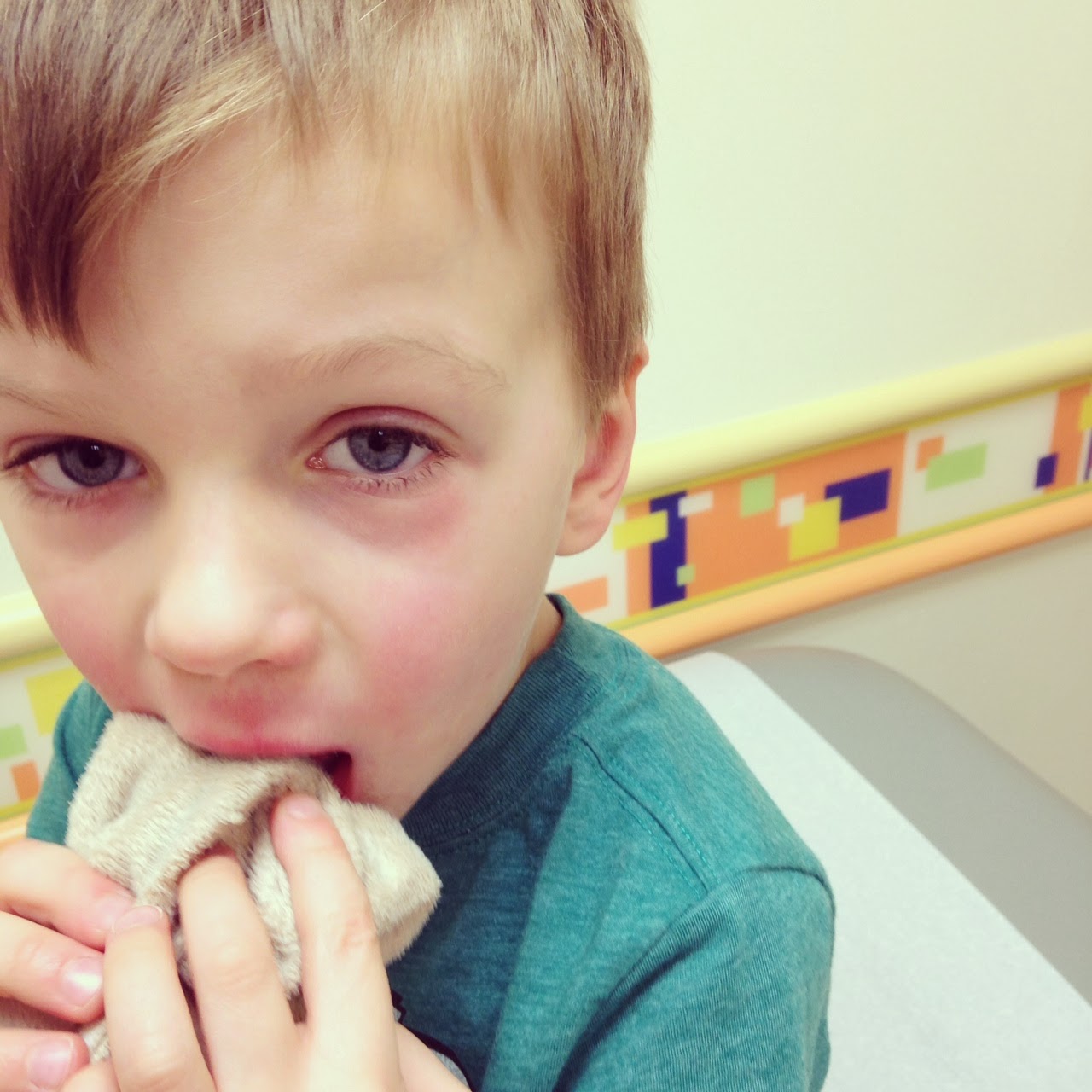 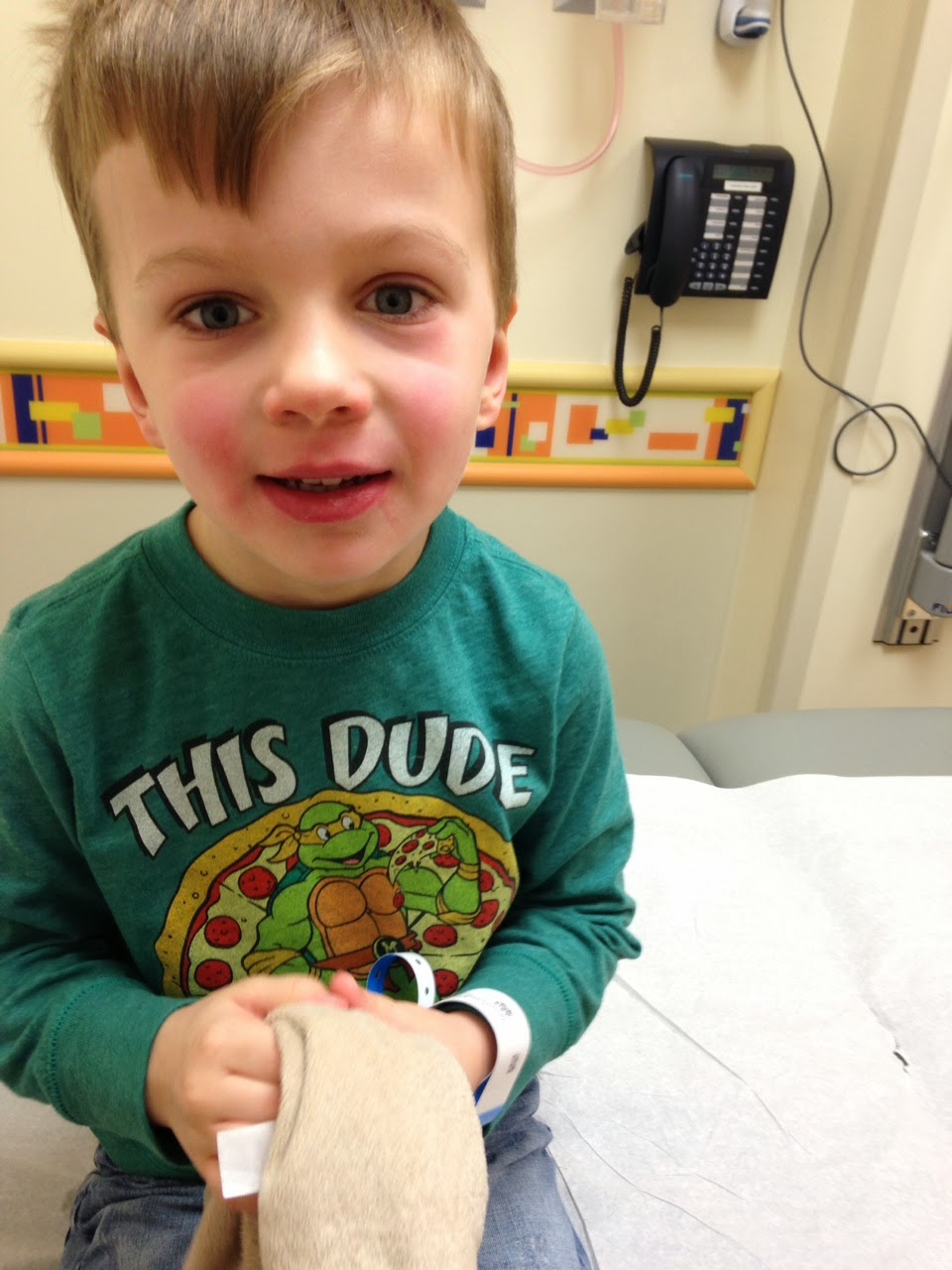 Poor guys cheeks just got more red as the night went on but after some medicine and some ibuprofen he was feeling much better. & as you can see, it was pretty bad, so bad I let my big guy take his doggy lovey with him to see the doctor & that lovey isn't allowed out of the house unless he is staying the night someplace.

& if you are ever needing an urgent care for your kids, Children's Mercy has an urgent care off of 135th and Metcalf-ish & Lamar-ish. They are staffed with pediatric doctors from 10 am to 10 pm & was exactly what this mom needed.

Logan's FIRST, well it was a little more fun or at least it was for him. Not all people LOVE going to the dentist & Logan wasn't sure what lied ahead for him but again, anything Kaden can do, he can do better… (I just had a flashback of the GAP commercial)

Kaden has been going to Jenkins & LeBlanc for a little over a year now and we decided on Kaden's next appointment we would take Logan too. That was Tuesday & day 3 of potty training! Kaden jumped up but was complaining about his eyes (part of the head cold he is suffering from) so I wasn't sure how it would go for Logan. But with everything else, he surprised us. 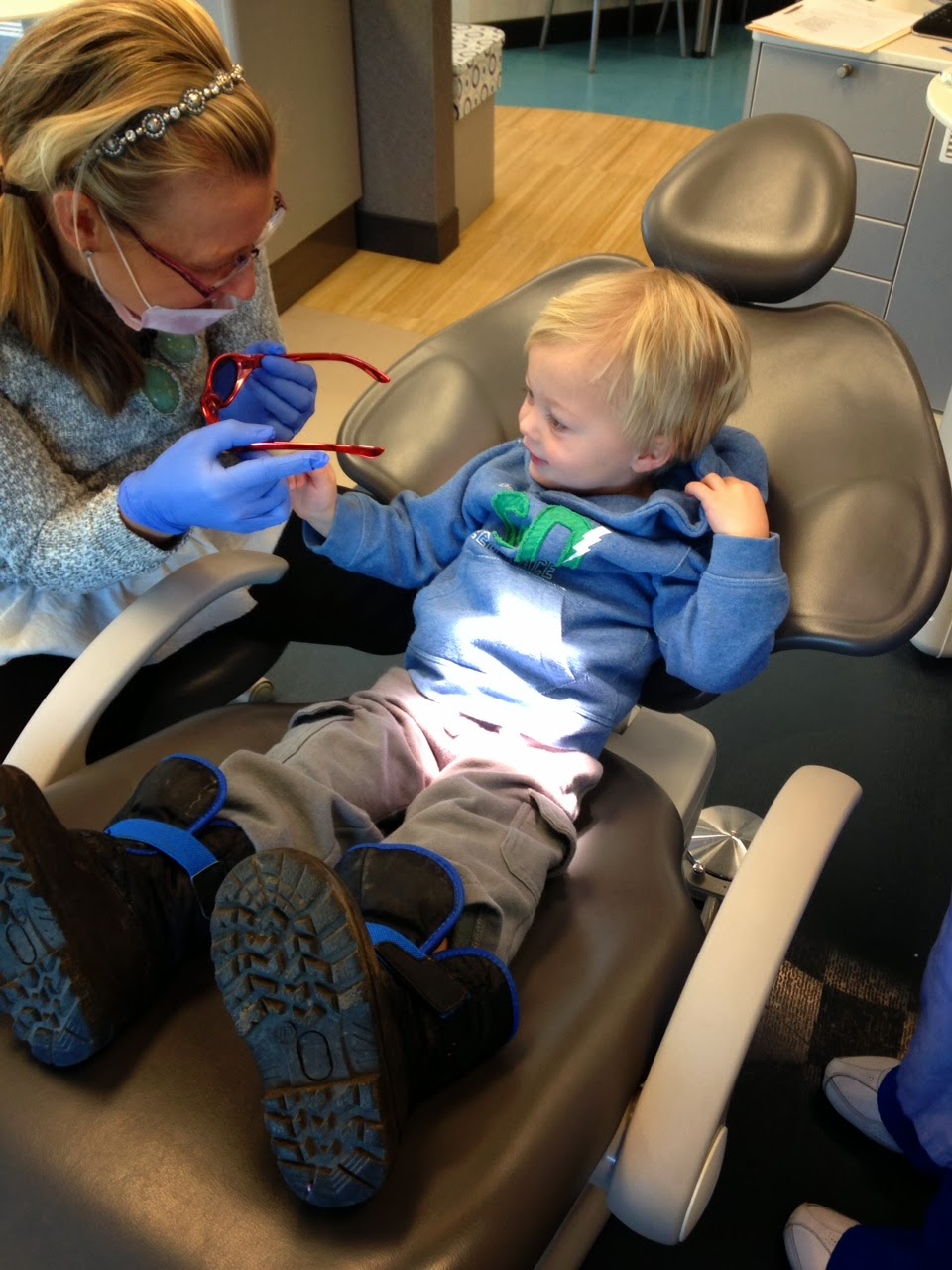 He let the doctor count his teeth & even let the dental hygienist clean his teeth. & because he did such a great job, he got a balloon, a bag with a new toothbrush, toothpaste and floss sticks, two tokens to get a couple toys & ice cream. YES, I said ice cream! It was only 9:30 in the morning but they say its better than suckers so who am I to challenge their thinking. 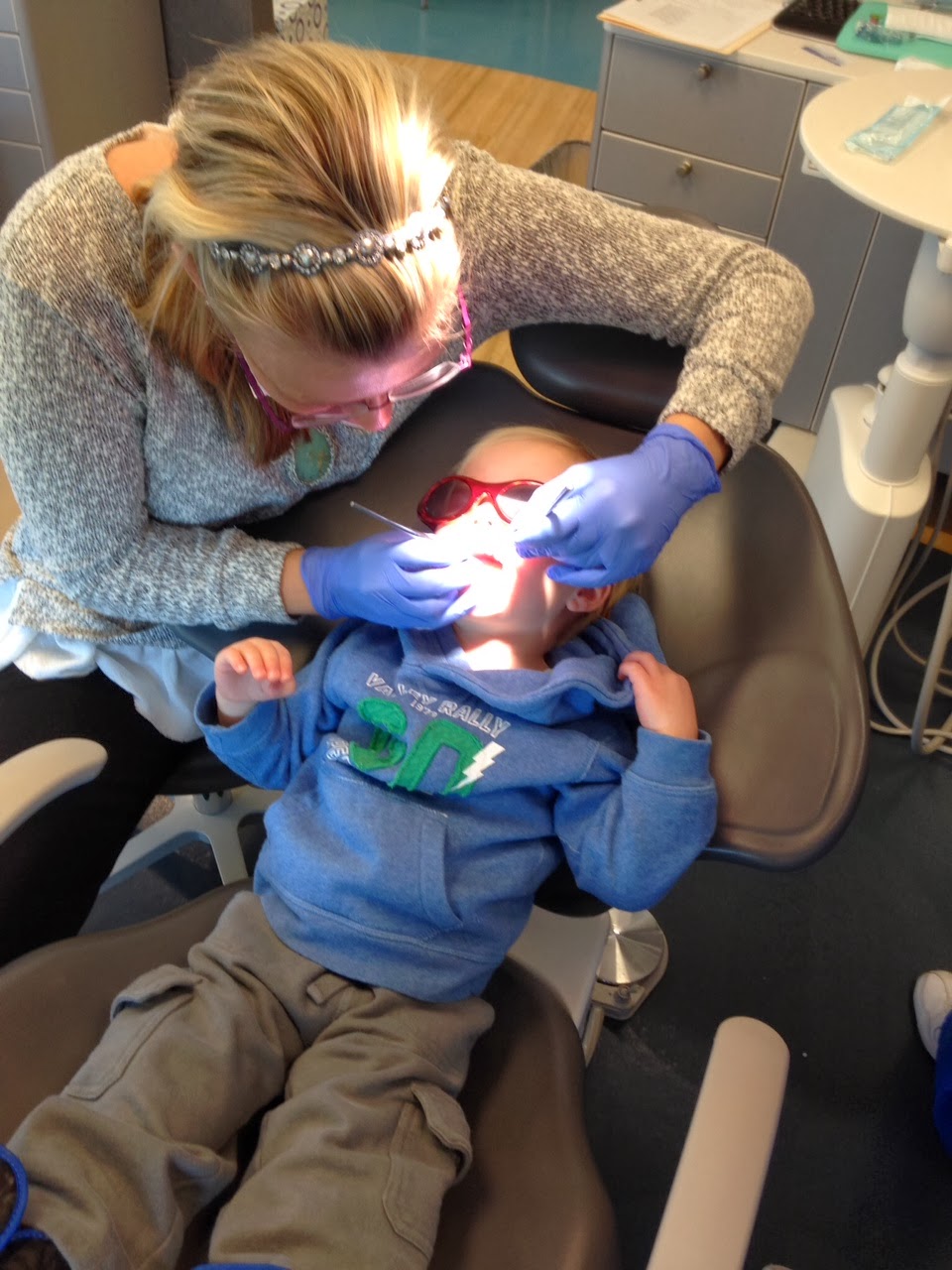 Both boys got two thumbs up on their checkups! & Logan made it through the whole appointment & back to Brenda's without any accidents. That didn't last long as he did have a couple at Brenda's that day but for the rest of the week he has be batting 1000! & I won't lie, I have mixed feelings about this whole being potty trained thing--yes, we won't be buying diapers but my lil guy isn't so lil anymore. & now that he is out of diapers, will we ever want to go back...