Yes, you read that correctly--We had Thanksgiving in October this year. After all, Thanksgiving is about giving Thanks, and being together with family, friends all while eating food and watching football--we had all of these things & there's not time like the present so we went for it. & it was great.

Justin had family in from San Francisco-Roy & Tim, and family in from Florida-Aunt Judy & Uncle Dave. It doesn't happen very often that we all are in the same city, at the same time so we couldn't let the opportunity go by without getting together for at least one evening.

We decided that since we had the room & TOYS (more importantly TOYS) that we would have everyone over to our house. Justin took on the turkey challenge (his first attempt) & everyone else brought something to add. & even I added a little something to the menu--my 'apple'tizers (not sure if that is a word but if it isn't, it should be). They might not look all that great but they were delicious. 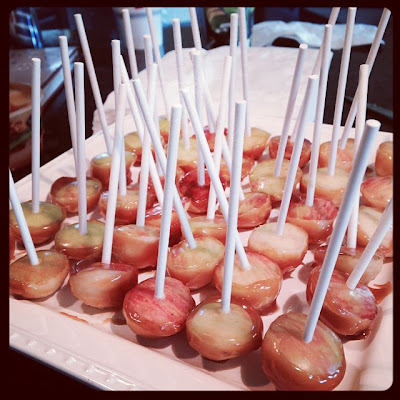 By six o'clock the house was filled with amazing aromas. By six-thirty we were all gathered around the kitchen holding hands and giving Thanks. To our family, our friends, our health, the ability to be together. & the cutest thing, Kaden had his hand over his heart, he knew we were going to do something special, just wasn't sure if we were going to sing or not. But holding onto his tiny little hand and his brother even tinier hand made me that much more thankful this Thanksgiving.

After we gave Thanks we filled our plates with some of the most delicious food--Justin's turkey turned out great. His smoked ham was maybe even better but his salmon, well that was top notch--but then again, its always top notch. We had stuffing, mashed potatoes, sweet potatoes (with red hots and marshmallows--the bomb), rolls, corn, & crab mac & cheese--yes, Justin made crab mac & cheese too. & then it was dessert time---Christopher Elbow's Glace Artisan Ice Cream. (go and check out his facebook page - Glace Artisan Ice Cream -- & he makes the yummiest chocolates too.) & Thanksgiving wouldn't be complete without a pumpkin pie--contrary to what my MIL may think!

It was a great evening to sit around and watch football--that is until the Tigers decided to stop playing and lost...

& you know, its kind of nice getting one Thanksgiving out of the way early, now we won't have to worry about which Thanksgiving dinner to go to this year. Instead we can sit home and enjoy football with our boys and I can figure out which stores I will be hitting up online at midnight! 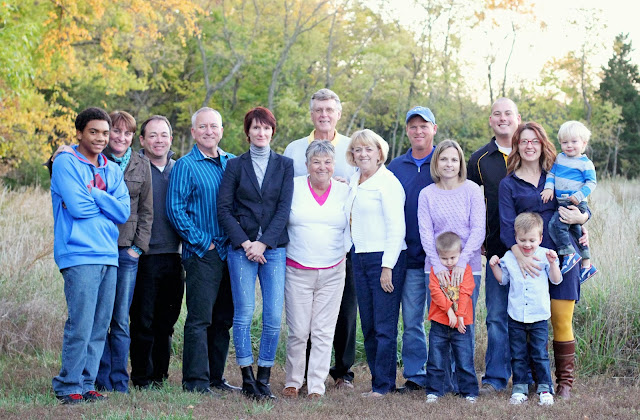 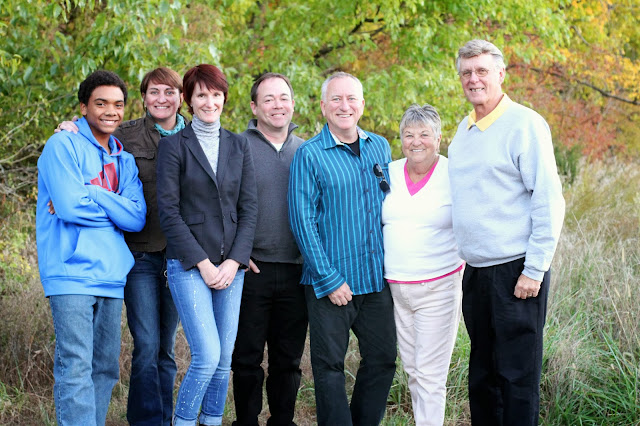