so nice we did it TWICE

Initially I only had one thing to talk about on this particular post but then another exciting thing happened this weekend and it just made sense to add it here too. But first, to the first reason for this post.

We got a new table. Don't get me wrong, I was so sad to see the old one leave, I loved everything about it. The white pedestal bottom. The chalkboard top that allowed the kids (&I) to draw and write as Justin got dinner ready. I really loved the feel that it brought to the home. Yes, we wanted it to be nice but we wanted people to know they were in a FAMILY home as soon as they walked through the door. Where kids could be kids and they could run and play, and what says that better than a chalkboard kitchen table!

You may remember that I found this gem on Craigslist--it was a tossed aside oak table that just needed a little bit of paint. It took no time at all to bring it from, well it will do, to YES, I love it. 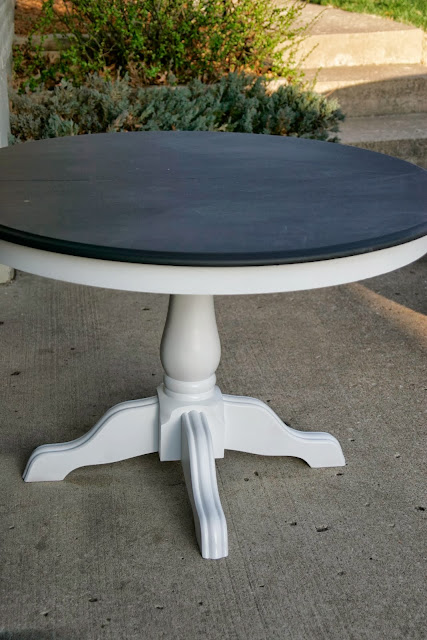 But it was missing something. Well two things really. It was missing a sturdy leg & it was missing room. I kind of wanted something a little bit bigger or something that had the ability to expand. So back to Craigslist I went. I looked week after week. I searched "kitchen table", "oak table", "pedestal table". "white table" & then one day I found it. A beautiful DISTRESSED white kitchen table with a LEAF! & it was Pier One. & it was $100. It was such a great find that I didn't even feel it was worth trying to bargain with. I called up the lady and she said we could have it, we raced over the next morning before heading out of town and loaded it up before she or my husband could change their mind. 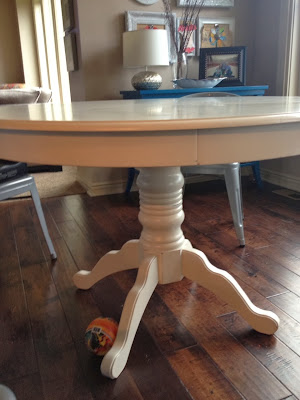 The only issue with the table, it had two little marks on the top where something had set for a little too long and messed with the finish. But that didn't matter, I was already planning on painting the top with chalkboard paint again. Although before we painted we let it sit there for a few days just to make sure that was what we wanted. Did I want to go with another pop of color or go back to what was working. And you know what they say, if it works, don't fix it. & it works. So one afternoon I pulled the table apart, added the leaf and went to work. 3 coats later we had our chalkboard table functioning. & even without the leaf the table is just a smidgen bigger allowing a little more space between the boys at dinner time which is one very big PLUS! & this weekend, we get to add the leaf  & use the table in its entirety---Thanksgiving is coming early to the South house! I am so happy with how it turned out---but I knew I would be.

So onto the second, "so nice we did it TWICE". A few years ago, two to be exact. We attended an auction at John Paul II, Justin's mom teachers here. This auction is their biggest fund raiser of the year & since our little ones will probably attend school here, or at least pre-school we thought it was important to go and support the school. Oh and his mom of course! Well two years ago we made the decision to bid on a beach vacation. Here we are, Adam, Becky, Janet, Justin and myself sitting around the table discussing how much we were willing to pay. Here I was with a paddle in my hand bidding. My heart was racing. It came down between us & another individual, we went back and forth. My husband told me to just throw out our max bid but we were hundreds of dollars away from that number, so we stuck with it. In the end, we won & we paid much less than our max bid. (& of course we won, I am a competitive freak & it wasn't going to end any other way.) So the following August the 8 of us took off for St. Maarten. The travel kind of sucked but the trip was AMAZING! It was beautiful. 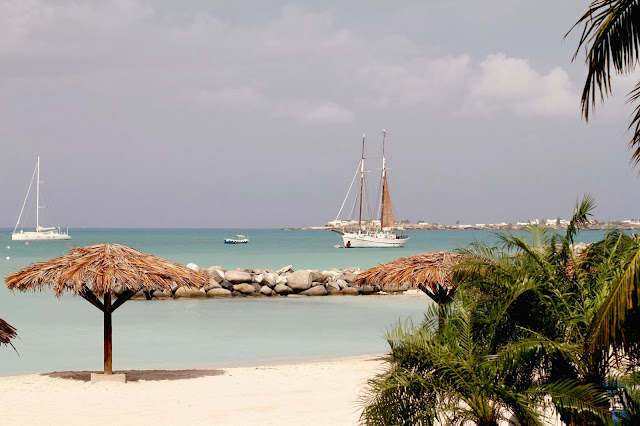 Fast forward to this past weekend & we found ourselves at the auction again. We had just received word that the trip was a last minute add. Justin and I had been wanting to take the kids back to the beach again. The location was great, the beach was amazing. The pool was just fine for what we wanted. There were restaurants within walking distance. We knew what we were getting so why not do it again. Why not take the kids one last time before Kaden started school. (the kids would have to be taken out of school to go.) We made the decision that we would bid on it again. This time we set our max much lower because last year, it went for crazy cheap but it started off FAST. My heart was beating even faster. It went back and forth, back and forth until there were 3 left and then there were two. Because it was moving too fast, I took my time & at the very last second I threw up my paddle & we took it again. We are sooooo excited to take the boys back to the very same beach they were at just a little over a year ago. Logan will be 3 and Kaden will be turning 5 again while we are there. 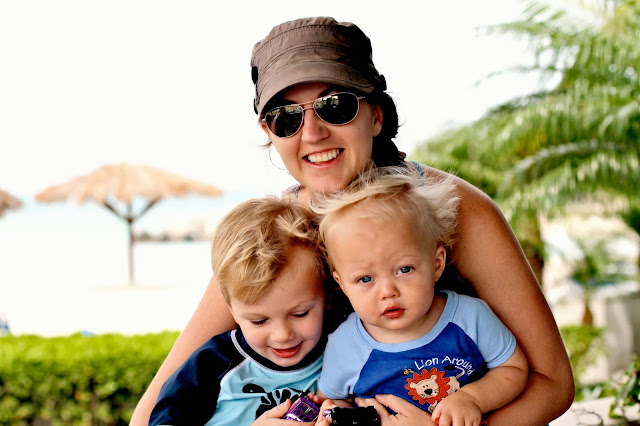 We got home and then next morning we told Kaden and Logan we had a surprise for them. We told them we were headed back to the beach & surprisingly, Kaden knew exactly what we were talking about. He named everyone that was there with us & remembered that we had to ride a plane to get there too. He seemed as excited as we were. Time to get moving on those swim lessons again! 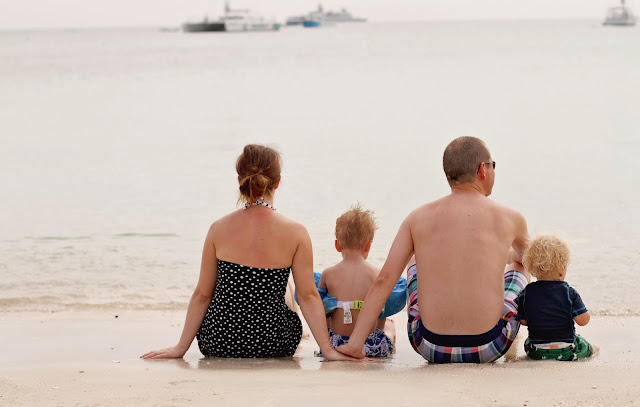 Now who wants to house sit and dog sit? Takers?