Kaden is just a few days away from turning FOUR and this past weekend we celebrated in totally turtle fashion--Teenage Mutant Ninja Turtles fashion that is & it might have enjoyed this theme a little more than I should have...

You see, I have a brother who is just 16 months younger than I am & TMNTs played a very large part in his life & by sheer proximity, mine too. He wasn't really ever into playing Barbie with me so I had to play turtles with him. I knew the entire theme song, seen every movie--Secret of the Ooze (movie #2) is by far the best one-hands down! We had every action figure, the turtle van, masks, the whole works. My aunt and uncle even took us to see the Teenage Mutant Ninja Turtles live in concert & while at Universal Studios, we got our picture taken with none other than Michelangelo himself. We had turtle fever.

& a few months ago when we were scanning tv channels & we ran across TMNT it was like I had it all over again. I thought to myself, "this would make an awesome birthday party" but would Kaden even like them? Would it be the same for him as it was for my brother? It only took about two episodes and the kid was hooked. When his TV time rolled around he would ask for the Turtles & I happily obliged.

When it came time to plan his party I threw a few ideas out at him, I mean, after all it is HIS party. I threw out Superheroes, Pirates, Red Ball, & a trip to the farm or zoo but as soon as I said Turtles, it was over--we could stop right then and there, we had our theme. I once again told myself that I wasn't going to go overboard, that it really didn't matter as long as there was food and the kids had a good time. I pretty much waited until the night before to even start pulling anything together & in the end, I still probably did too much but Kaden was grinning ear to ear (except for the bloody nose part) and that was all that mattered.

A big shout out to Shanna Harris and MoMo Roo for the amazing TMNT cake pops & the "smash" cake for Kaden. As always it was the icing on the cake for the party & everyone RAVED about them! Also a special thanks to Marlis with Marlis Curly Q Bowtique on ETSY for the adorable TMNT masks & Kaden's turtle shell. She seriously makes some cute capes & costumes-check her out too, but only after checking Shanna at MoMo Roo out first!

& keeping in turtle fashion we munched on pizza, which we all know is a turtle fave & then a little dirt with worms also a turtle fave (in the new version of TMNT). & no turtle party would be complete without a little green ooze!

By the end of the night we had two very tired little boys & one very messy toy room which only meant that the party was a hit. Thank you to everyone who came out to celebrate with us this year. It's hard to believe our biggest lil' man will be turning 4 in just a few short days but each and every year gets better and better. I sure hope that doesn't change.

Now for the photo dump! Enjoy!! 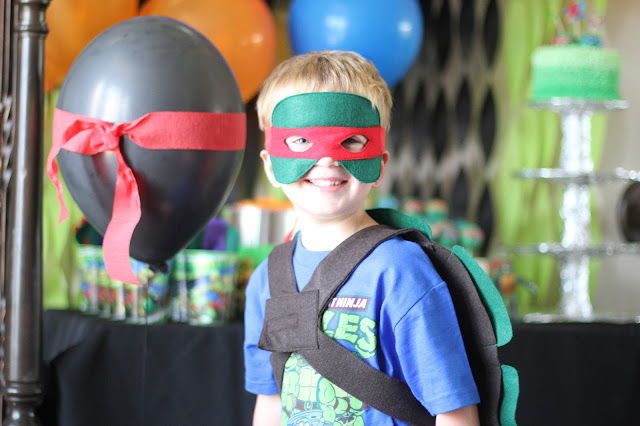 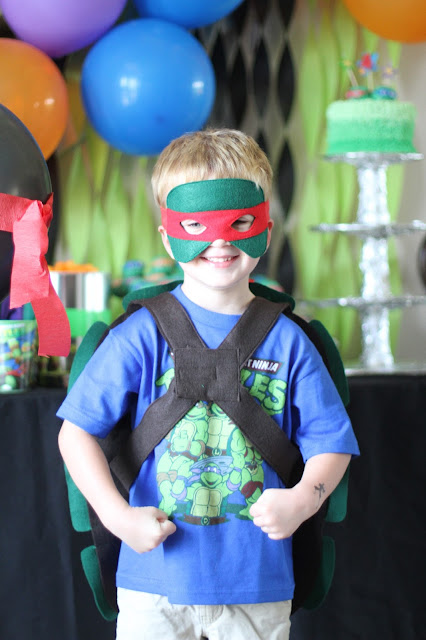 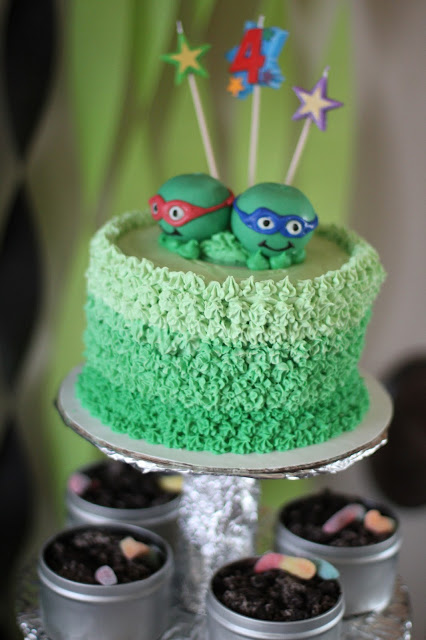 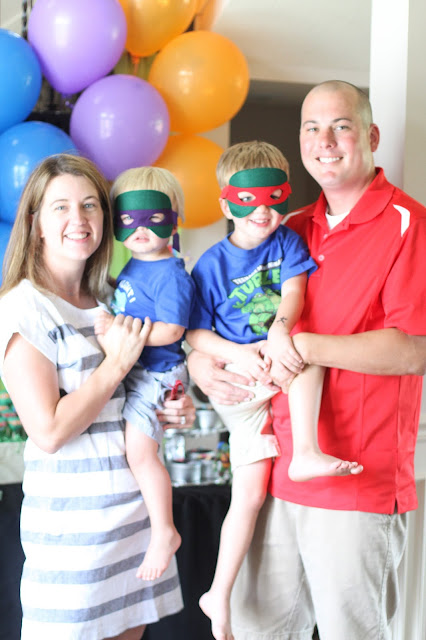 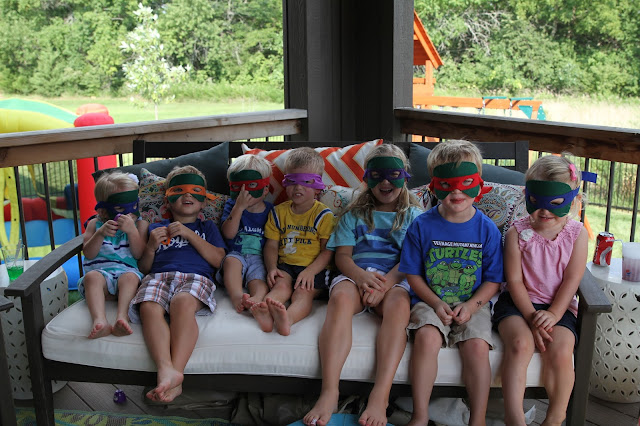 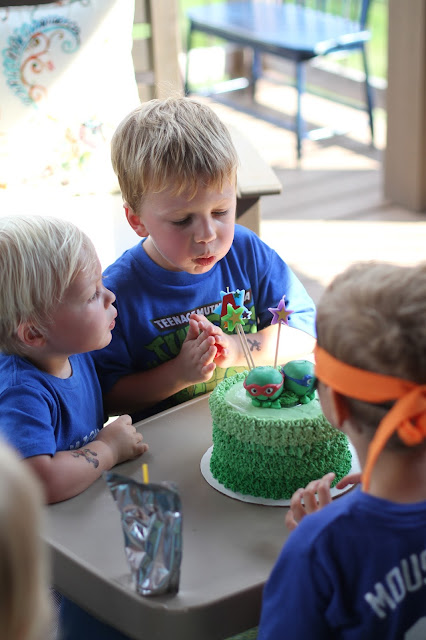 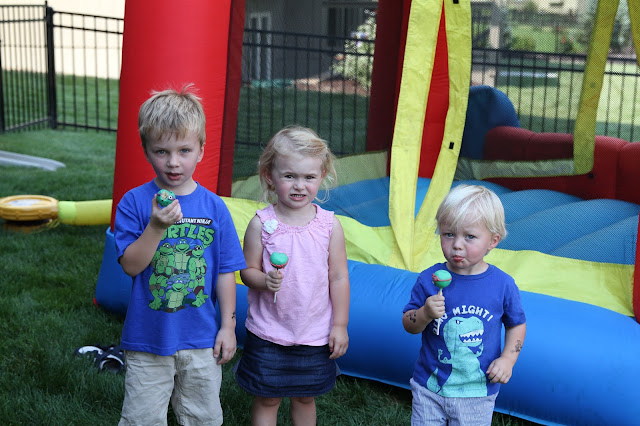 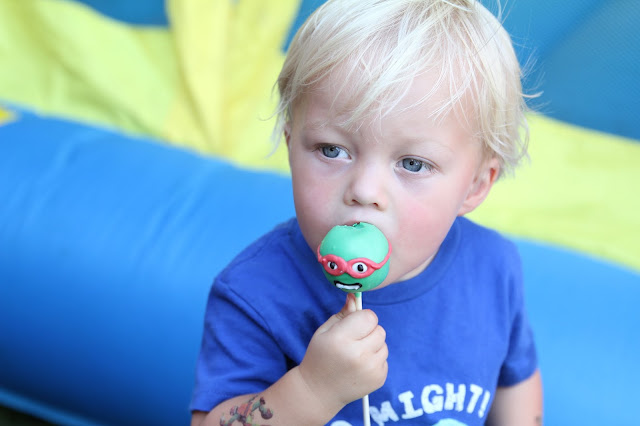 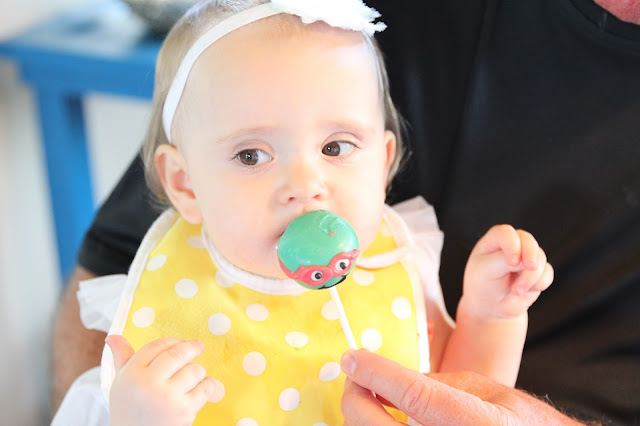 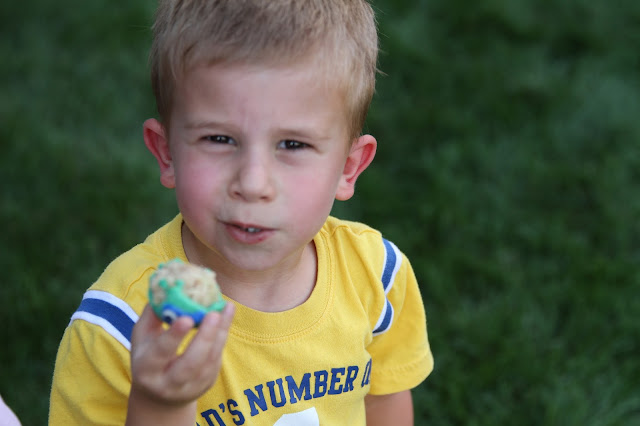 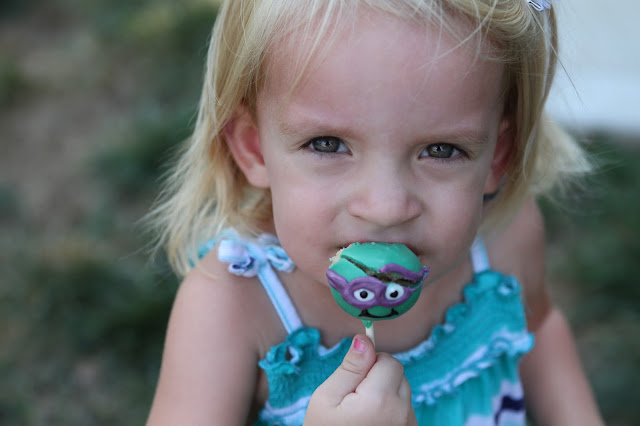 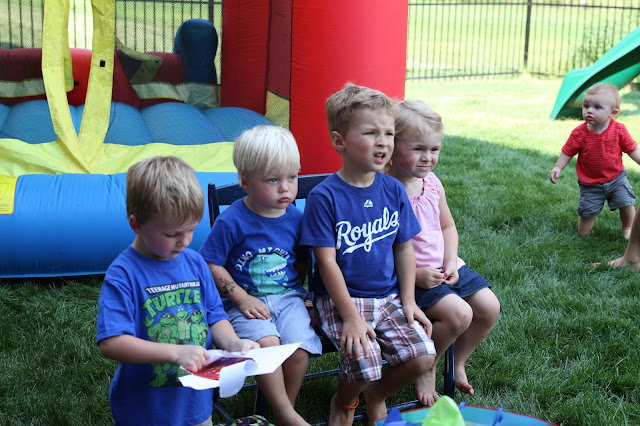 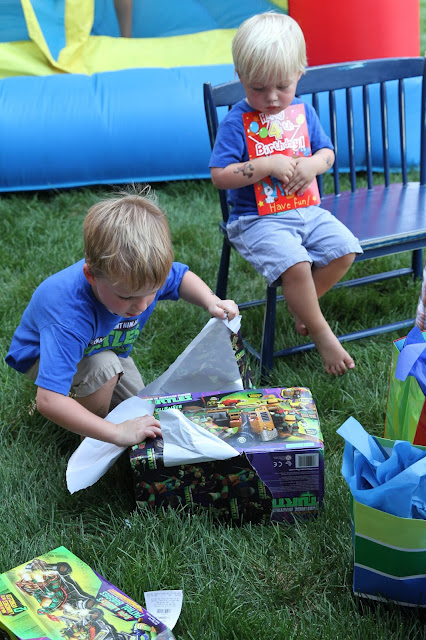 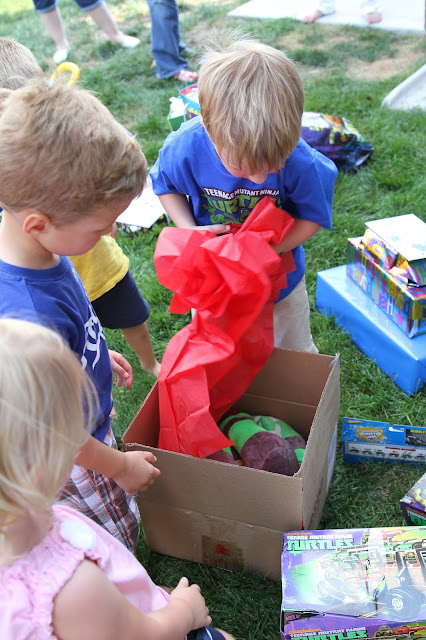 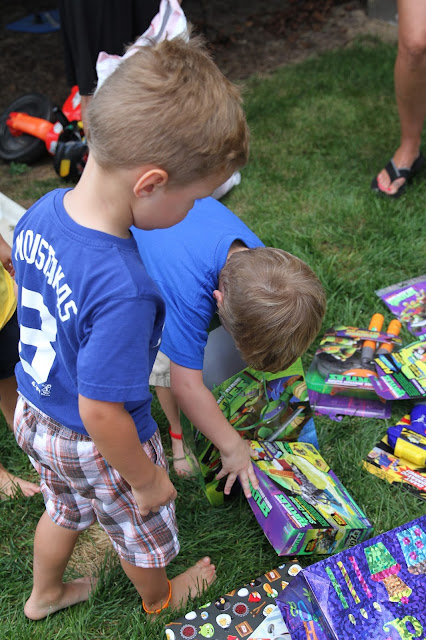 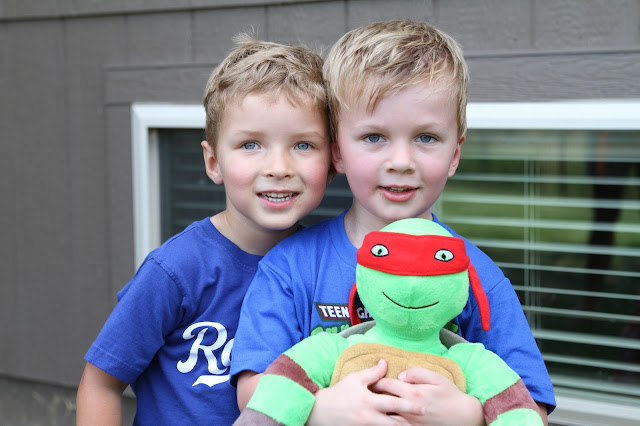 & in case you were wondering, we changed things up this year on the the present front. I'll explain in the next post...
Posted by Kayla South at 5:49 PM