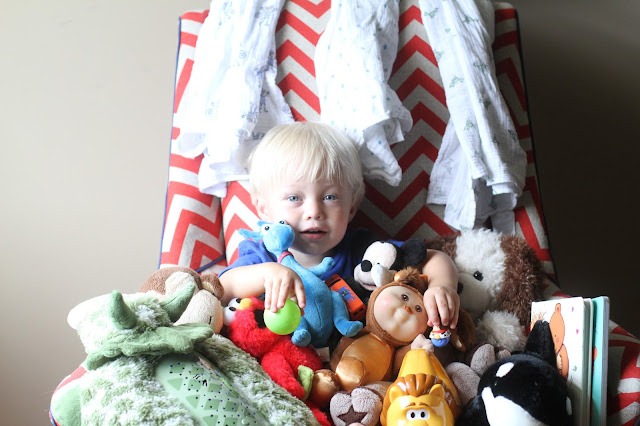 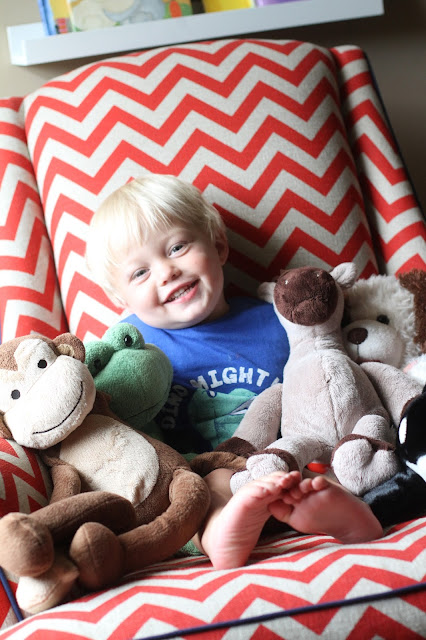 There he is! Just had to remove a few of his friends so you can see his smiling face...but he wouldn't let me keep them for long, he just loves them all soooo much. So much so, that he must sleep with everything that you see here, every single night. 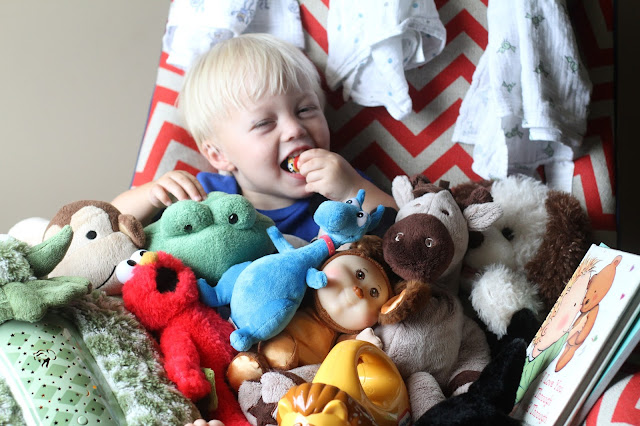 I am dead serious, I pulled each of these items out of his crib. That's two books, three blankets, 10 stuffed animals, one truck, one woody from toy story, & one flashlight. & if you can believe it, we are still missing his two favorites, his lovies. 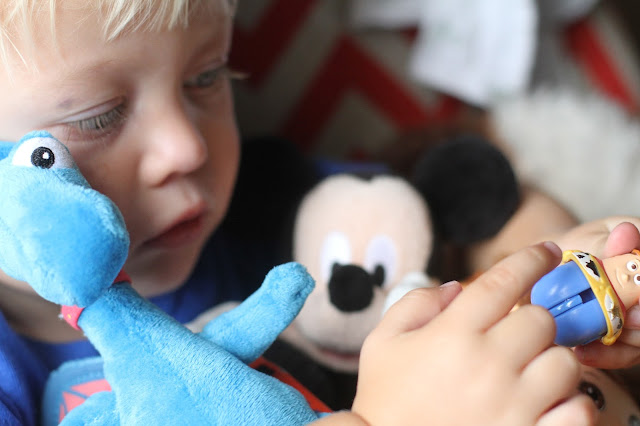 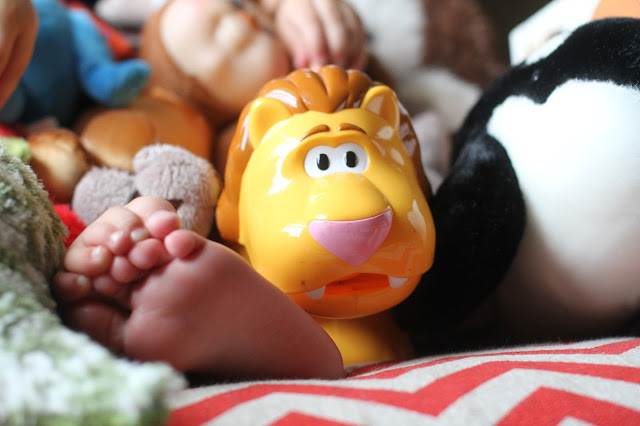 I don't know how the kid does it when it comes to finding a place to sleep but he does. & trust me, I have been worried about him having too much in his bed but the moment that I take one of these toys out of his crib and put them away, he knows it. He will NOT go to sleep without it and finally when he does, he ends up waking up in the middle of the night asking for it. 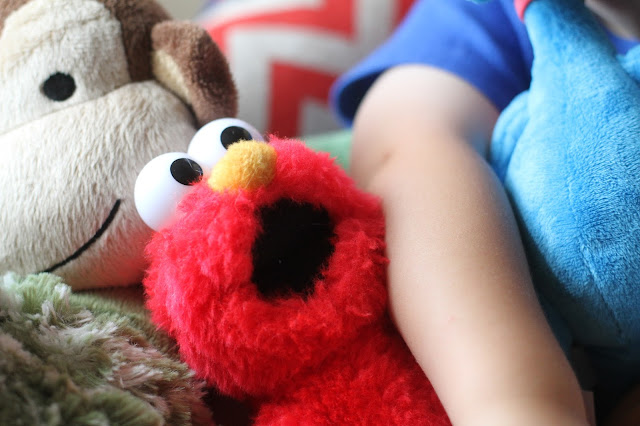 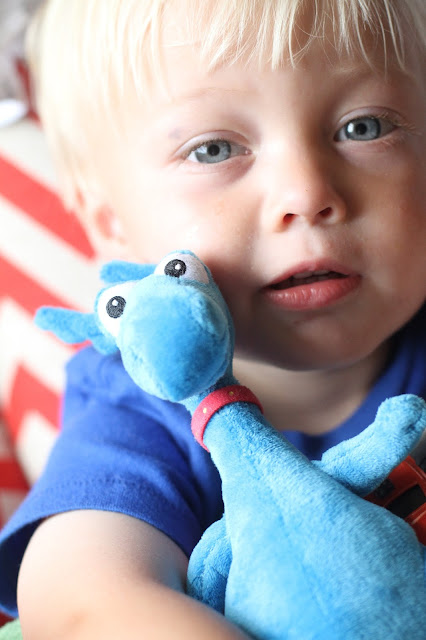 From what I have been told, he takes after his father. I guess Justin had a number of his favorite toys that slept with him each and every night too. Finally, his mom donated the majority of them and let him keep just one, which is still at Grammy's house. I know the day will come when we need to have him give up his bedtime friends but I think we can let him have them for a little while longer. We have started talking about transitioning him to a big boy bed (which I am in the midst of painting) & when that day comes, having a few friends might be a little helpful when it comes to his night time routine. 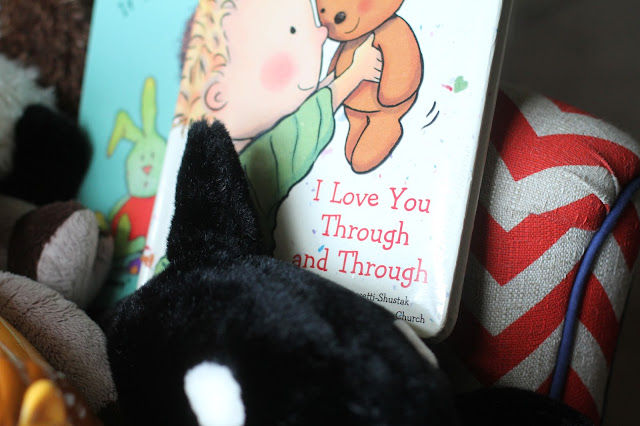 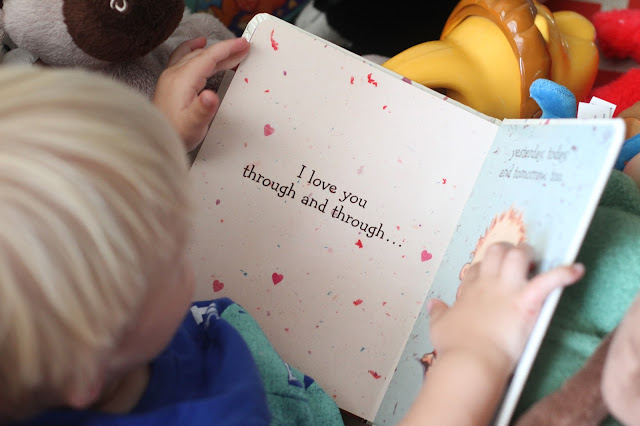