So last month was a continuation of April when it came to the number of posts & me documenting our life. It isn't that its been any more hectic or crazier than it normally is, its just that I haven't really wanted to write. Then I realized that I haven't really been documenting our family very well outside of Instagram and although they tell a story, they don't tell the whole story.

So lets go back to May, the beginning of May when Mr. Logan turned TWO. We had a wonderful birthday party for him where we celebrated with dear family and friends on the Saturday before he turned two. But for his BIRTHday, I took off work and we had a mommy & Logan day--one of the BEST. DAYS. EVER. & certainly a new tradition for me.

We started the day off with a trip to Grammy's school-both boys were showing off to all the teachers & Grammy was loving every second of it. Once we left it was off to Ms. Brenda's where we dropped of Kaden and Logan & I started our day. We dropped by work so all my lovely co-workers could oooh & awe over him. He had them all eating out of his hands & pretty sure we married him off to Lil' Lucy. They would make GORGEOUS babies! 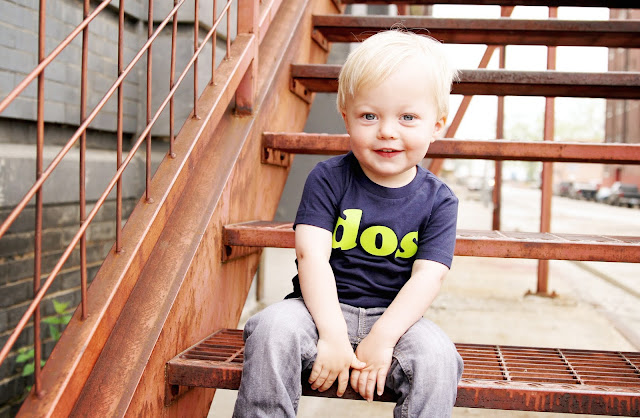 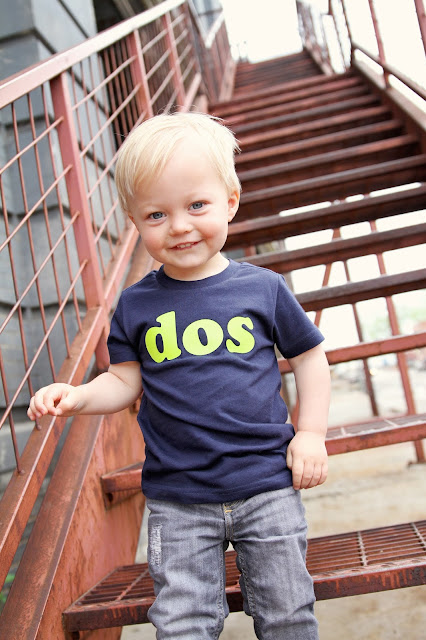 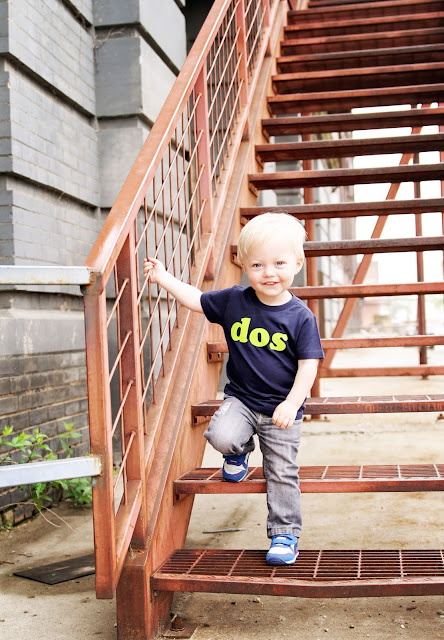 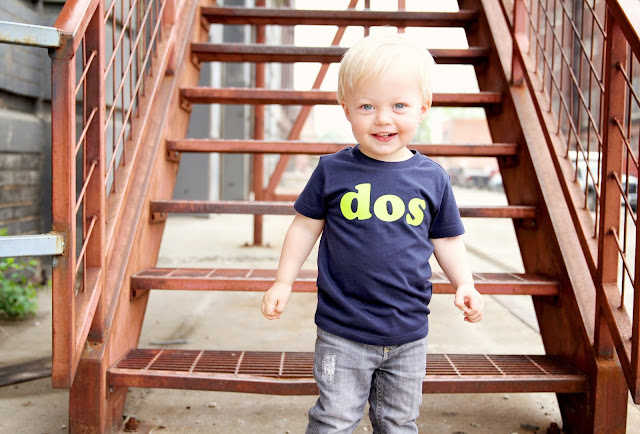 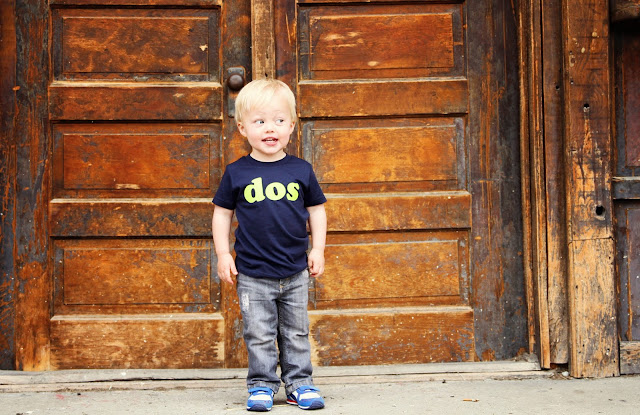 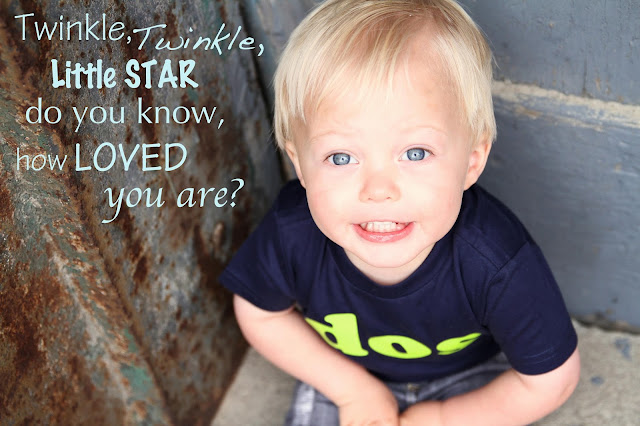 I know there is only a day difference between being one and being two but he just GREW UP so much in just that one day. No longer was he our little baby, he was now our little man.

Our next adventure took us to the mall, to Build-a-Bear more specifically where Logie spent the next 10 minutes picking up each and every UNstuffed animal before deciding on the ever-so-cute doggie. 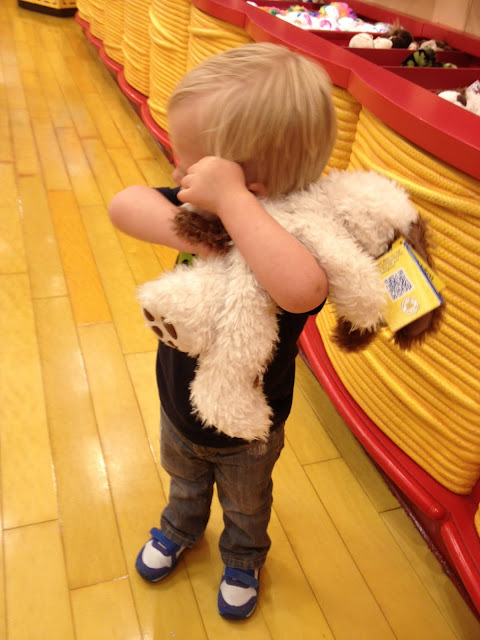 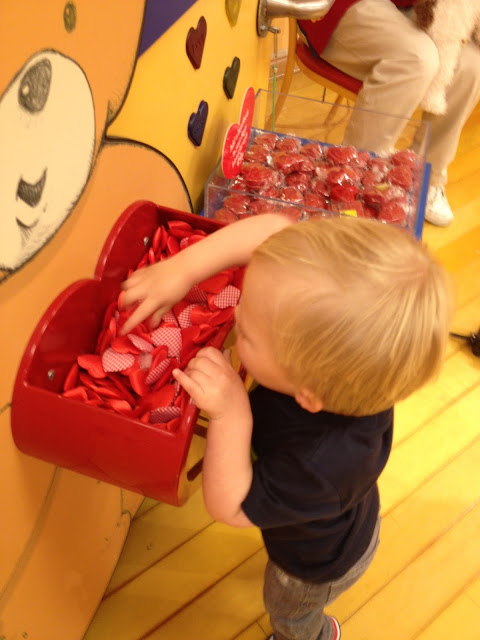 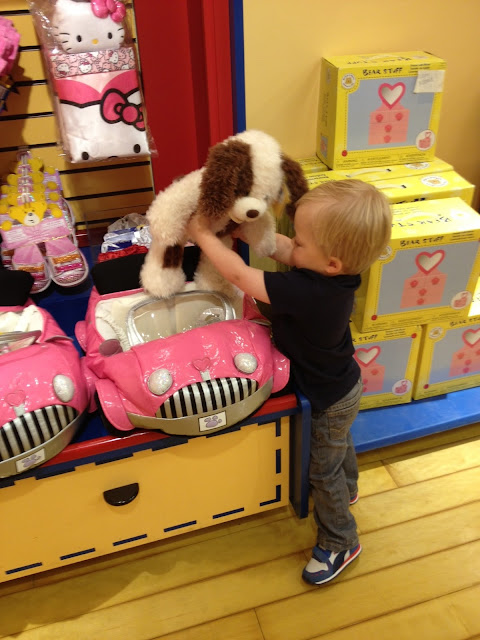 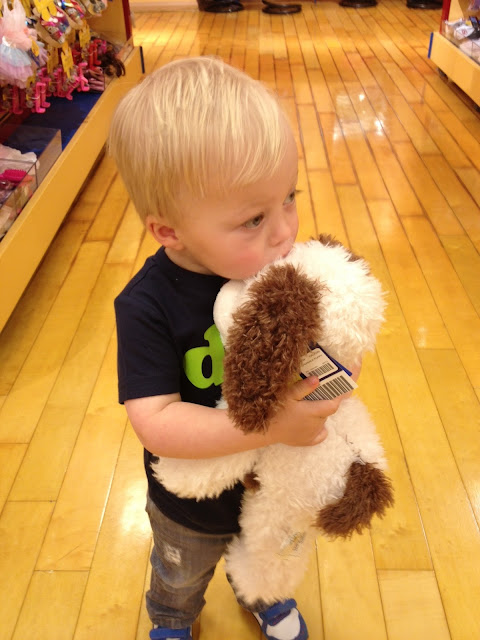 Once he had his new doggy stuffed & ready to go, we headed down a few stores to the Disney Store where he ran around the store pointing and naming each character. We left with some Doc McStuffins & Mickey Mouse figurines & then his very own lil Mickey to match big brother's mickey. We were having one GREAT day.

But it was about to get better. Lunch with DADDY. Daddy met Logie & I at Fritz's for a little grub. Lucky for us, Logan enjoys eating or we may never have pried his eyes away from the trains. 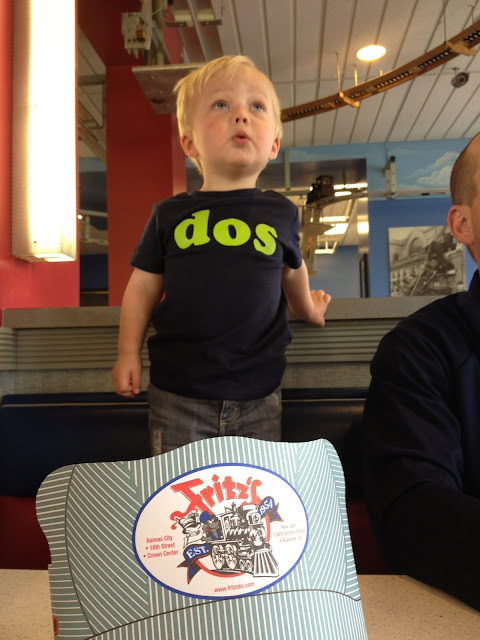 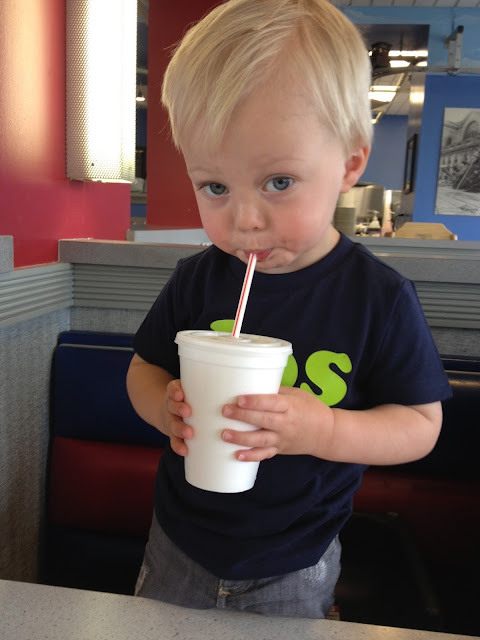 & it isn't a birthday without a little milkshake action.

We had to put the fun on hold for just a little bit while the little guy took his nap & his daddy picked up his brother from Ms. Brenda's. But once we were all home, we loaded up and headed out for a birthday dinner celebration at none other than Logan's Roadhouse--not to be confused with Texas Roadhouse. Logan's Roadhouse was empty, the food was just okay but then again, that wasn't why we were there--we just wanted the name! At least he got a little pail with his name on it… 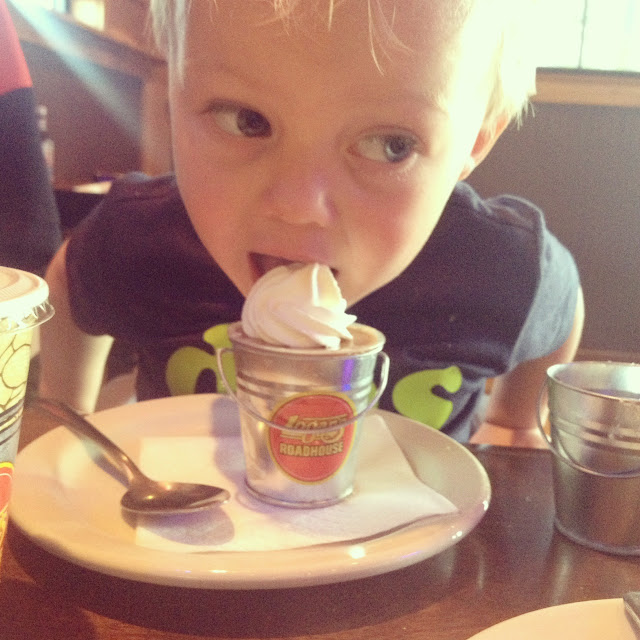 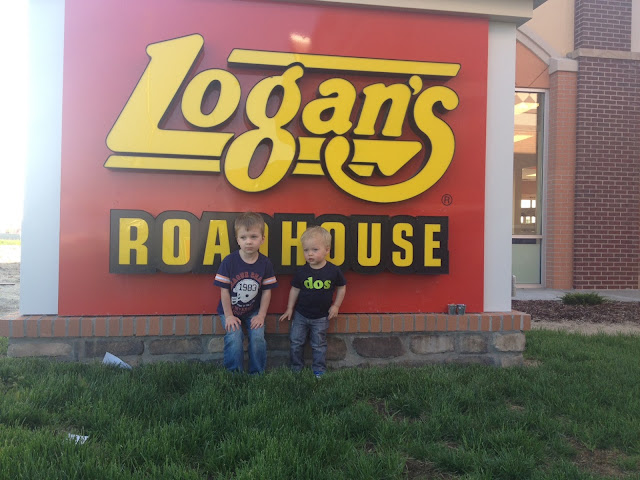 And the desserts didn't end there. I had just watched Shark Tank the week before and ordered some cupcakes in a jar specifically for this occasion. The boys thought they were a hit & although they were good, my yellow cake chocolate icing would beat them any day of the week. 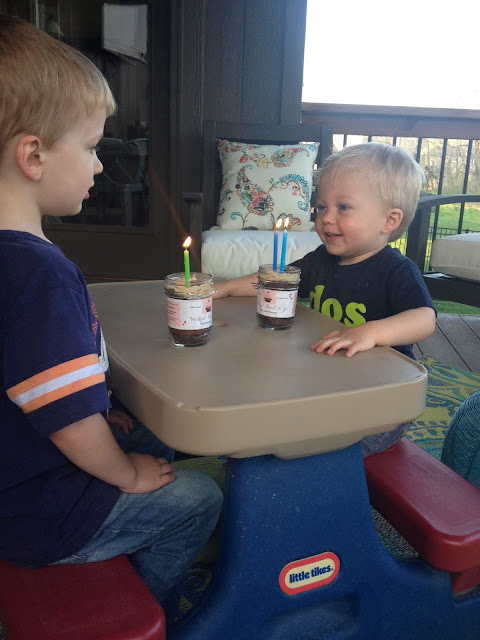 I loved being able to spend such a special day with my little man & I can't wait until next year to do it all over again. Hopefully one day when Logan is bigger, he will look forward to this day as much as I do…

& speaking of bigger---poor Lil' Logie just doesn't have size on his side. His brother consistently ranked in the 95th and 90th percentiles when it came to height and weight but not Logan. Logan came in at a whopping 25% for weight and 30th for height, guess it isn't 5th and 10th but when looking at both boys, it looks like we may just have a Bert & Ernie on our hands! & although he may be on the shorter side, we couldn't love him any more---he is as perfect as they come!