Last summer around this very same time we had no neighborhood pool & we had lots of construction going on our little old street so the kids were contained to playing in the driveway & in the backyard.

Fast forward 365 days, give or take a few, & my how things have changed. Every house on the block is occupied & everyone knows to watch out for the South boys. (of course, we don't allow them to play in the road without supervision--actually, they don't play out front without one of us out there with them). Not only are they able to get their bikes & scooters out and ride them in our cul-de-sac but they can now load up in their handy dandy Ford F150 & take off for the pool. 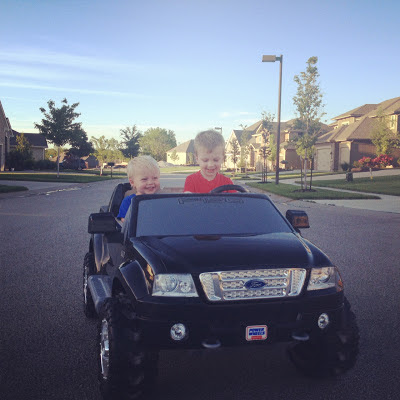 They LOVE their F150 & so do Justin and I. A friend of ours was was looking to get rid of theirs so we scooped it up for the boys. I figured it would make a great birthday present for Kaden but who was I kidding? I couldn't possibly wait 3 months before letting him see it or drive it--& we didn't. Night one, it came out.

Night two, they rode it down to the pool & they haven't looked back. Kaden, of course, is driver & Logan sits in the passenger seat fixing his mirror or changing the radio station. Every once in awhile Kaden will take off a little too quickly for his liking and he has to reach up and hold onto his hat... 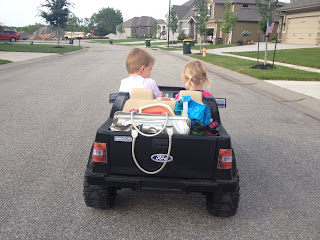 Justin and I were amazed at how quickly Kaden picked everything up. He does a better job parking his truck than I do parking the suburban & his doesn't cause any damage when he may nudge a wall--can't say the same for me! 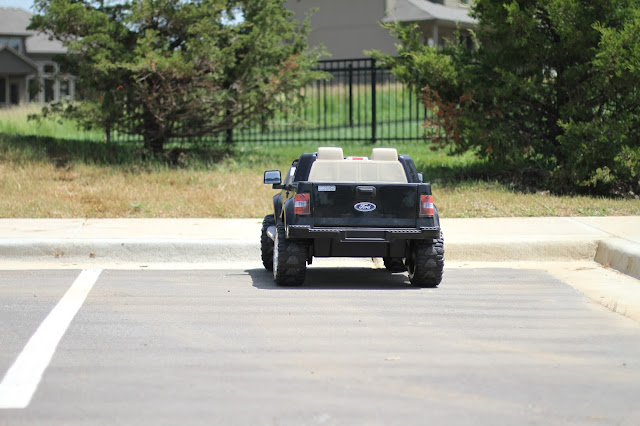 Although Kaden likes to be the one behind the wheel, he will still slide over and let someone else take a turn but you better believe his hands are right there on the wheel helping steer and he insists that they go SLOW not FAST like him. & I would agree with him, its pretty difficult to keep up when its pedal to the metal & Logan is behind the wheel. 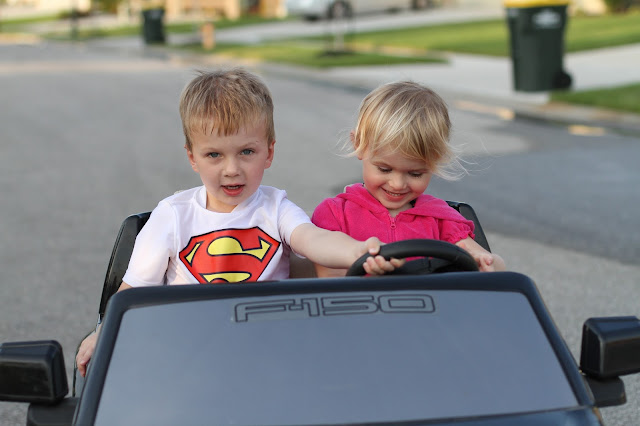 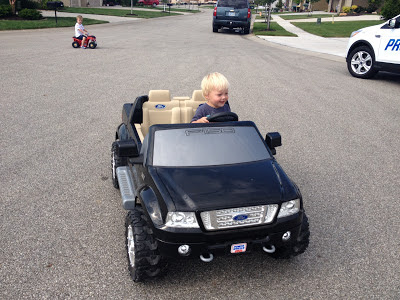 Who would have thought that a hand-me-down gift could bring so much joy to both the kids & the parents?! I just love watching them both light up with excitement as we announce its pool time--they grab their gear, throw it in the back and jump in. Kaden backs the truck carefully out of the garage & then looks to us for the go ahead. With a nod of the head, he is off--leaving not only dust in his rearview mirror but us too. 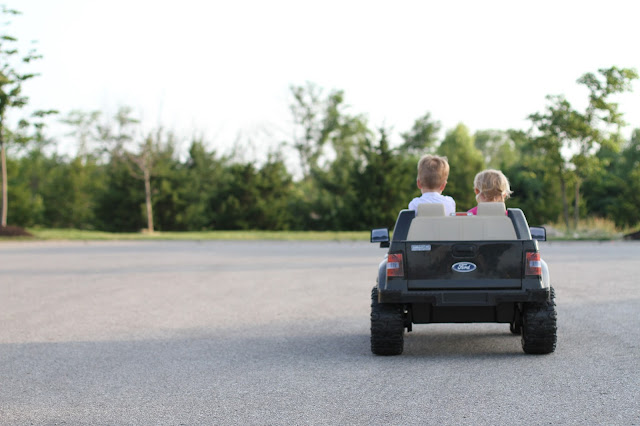 Please note--the pool is about 3 blocks from our home. Kaden is not allowed to drive his truck their without stopping at pre-determined locations and waiting for us to catch up. He is not allowed to cross the street without us standing in the middle & watching for traffic. He doesn't drive on the main road of our subdivision, he takes it to the sidewalk. & if he doesn't listen to the rules, the keys (well, battery in this case) will be taken away. So far so good.
Posted by Kayla South at 8:40 PM