After our short stay in Dallas for the Royals game we got back up the next morning and we hit the road. Next stop San Antonio or at least that was what we were hoping but 20 minutes into the drive the phones start ringing and Bretters already has to stop for a potty break--at least it wasn't my kid!

We figured that it would be best for us all to just go on our own way, we would get there about the same time but no need for everyone to be pulling over each time. & what do you know, we all pulled in about the same time--after realizing that the address we initially had wasn't the right one. One may be surprised to learn that mixing up North and South might make a little bit of difference. & your probably thinking, how could Kayla do that, she is really organized & would have had this mapped out to the second? Well, I sat back for once & handed over reigns to the lead car--my dad & you know what, in the end we got there. It was only a 5 minutes difference than if we would have had the right address & it was pretty nice not to have to worry about it all.

Instead of worrying about where we were going, I was tasked with keeping our two boys happy. Lucky for me, Justin had bought a couple suckers so my job was pretty easy for this leg of the trip & "mommy" was still something I answered too. 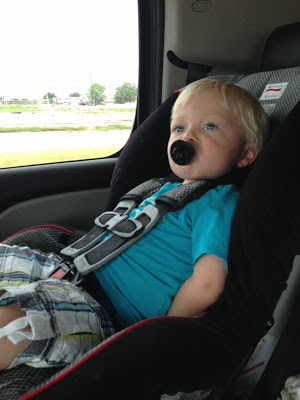 We arrived in San Antonio a little after one & we all decided to eat lunch on the road so we were ready to go when we got there. The hotel was nice enough to let us check in early and worked with us to get us all on the same floor & right next to each other. We played a little musical room--the Siebert-Hamm crew ended up in our room, we took janet's room and she got the room next to ours with a king bed that we could connect with. mom and dad were just across the hall & the boys knew exactly where they could find their sour worms. each morning when they woke up they instantly said they wanted to go to Papa Tom's & Grandma Sara's room & now we know why! They were being bribed--and when it comes to my parents bribing the kids, I could care less. Pretty sure they each had about 20 suckers while we were there.

After we were all settled we headed down to the River Walk. First stop the Alamo. & I would just like to thank my BIL for the history lesson. I knew the Alamo was important but I didn't realize what a HUGE role & a pivotal role it played in the Texas Revolution. Those men (all of them) gave their life to allow for their fellow soldiers a little more time to train & prepare for their victorious fight ending the Texas Revolution. 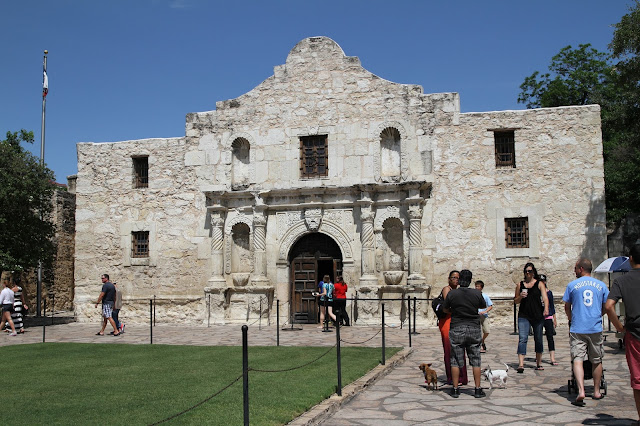 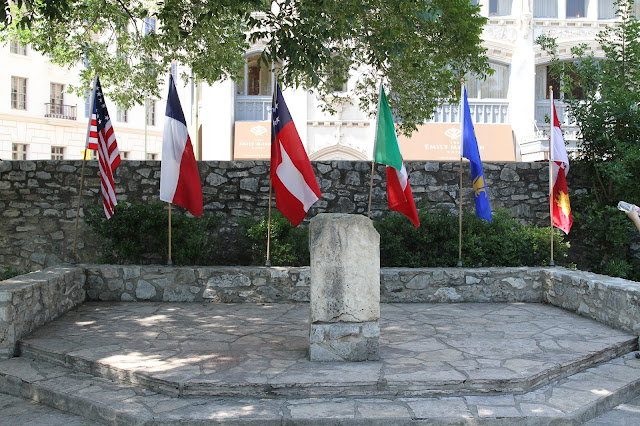 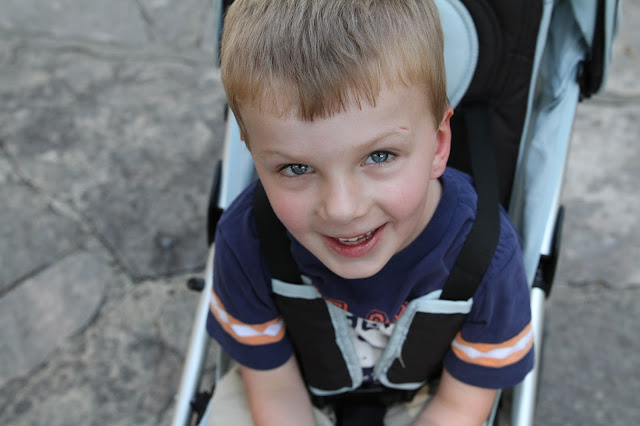 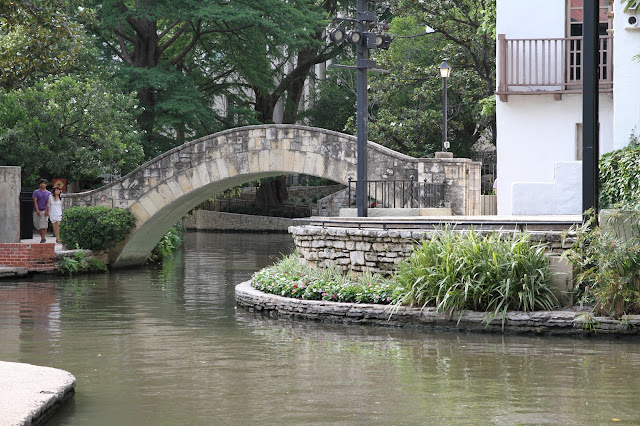 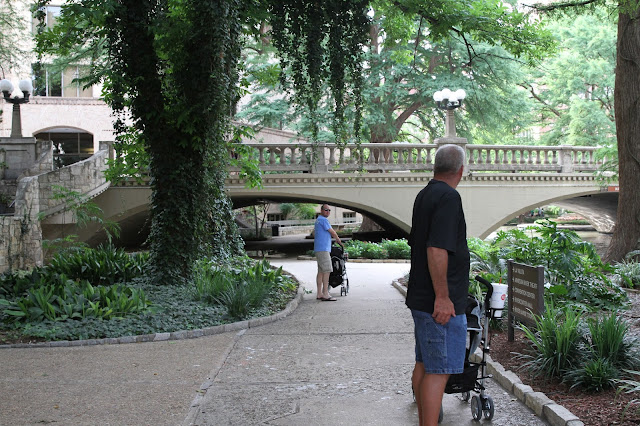 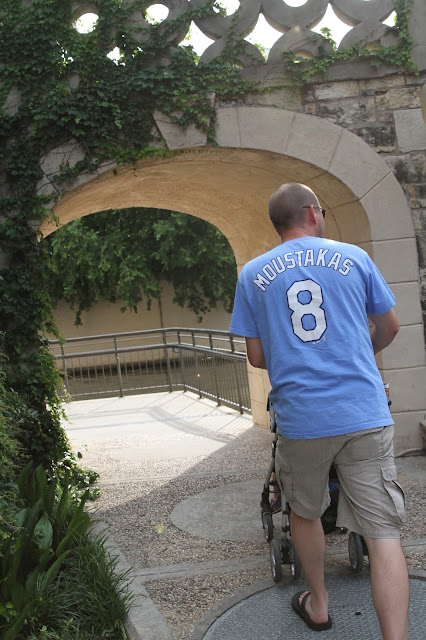 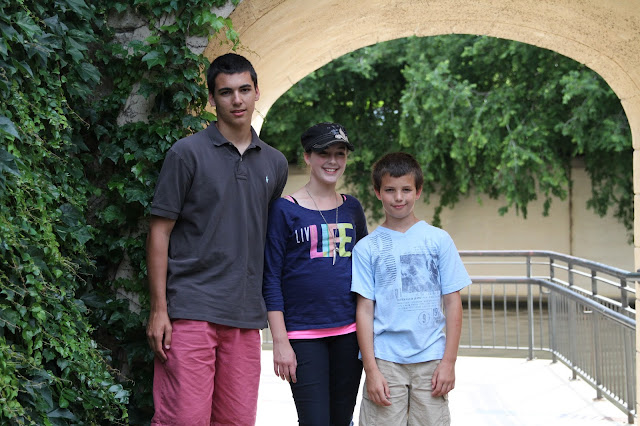 It was about this point in our walk that Rob decided we were headed in the wrong direction & this time, it was me who was navigating. Majority ruled & we decided to turn around & after taking two strollers up and down a few stairs we made it back to the road. After walking about 1/2 a mile or so everyone realized that I did in fact have us on the right track and we just spent the last 15 or so minutes walking in the WRONG direction. I think Rob just wanted to show us a little more of San Antonio and ALL that it has to offer. And if you are reading this Rob, sorry, I couldn't help but tell the story--its not often I get to be right! 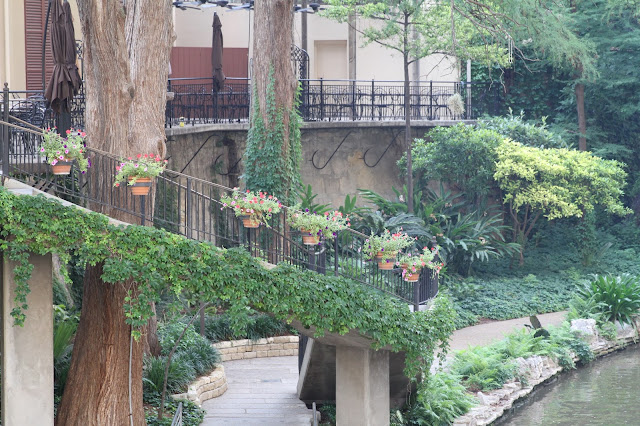 Finally we reached the hotel & we all, well the kids, put on their suits and we headed to the pool. It was so nice having Brett, Leah & Blake around. They played and swam with the kids and this mom (& dad) didn't have to get in once. We just sat back with a cocktail in hand and enjoyed listening to the kids laugh with their cousins. 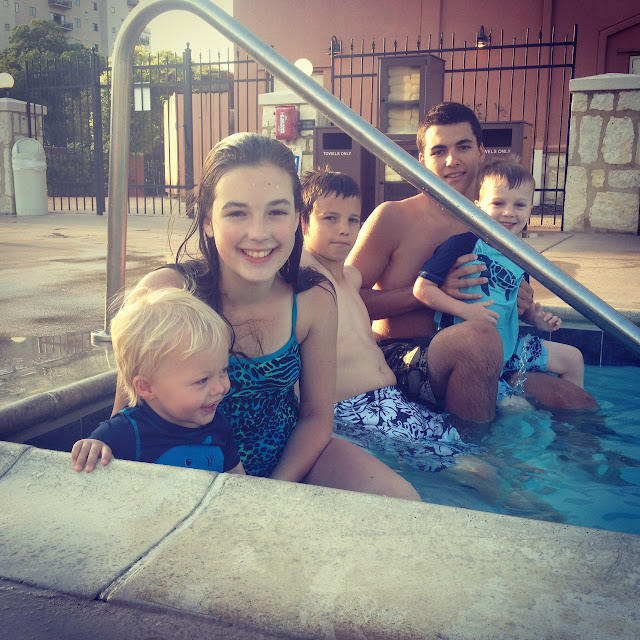 There wasn't any question about where you could find the boys over the next couple hours--they were all about the water until Papa Tom brought out the popcorn & then that was it for one of them. Off to Justin's lap he went & we didn't hear another peep out of him until the popcorn was gone. So which South boy was it? 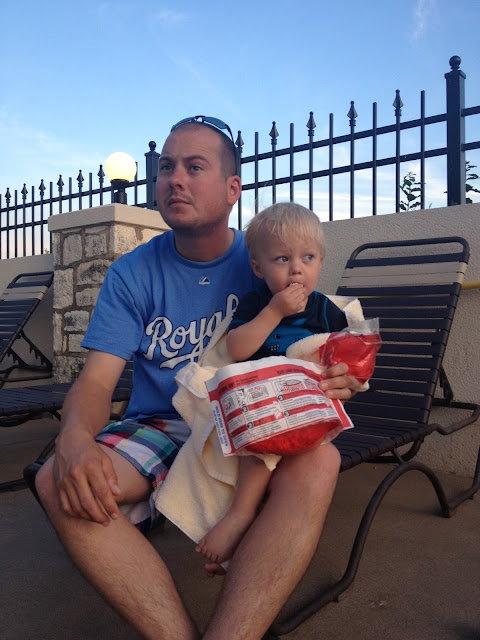 Sir Logan but then again, did you really need to think hard about that one? The kid LOVES to eat.