The moment I saw this pallet sign on Pinterest I knew that I wanted it in our house. I absolutely LOVE the saying, especially the hidden message. Too often we make judgement or think about how someone else should take care of the problem or someone else should make a change when in fact, it all starts with YOU! I'll be the first to admit that am totally guilty of this & thus, I thought it would be great to have a daily reminder on our walls telling us that we need to BE THE GOOD. We need to try & find the positive in each situation and we really need to not put as much negativity out there in the world. Its easier said then done, I know that. But I think putting a little more thought into our words or actions would go a long way-you just never know who you may hurt…

I know-rainbows and butterflies but seriously-a reminder won't hurt anything or anyone! 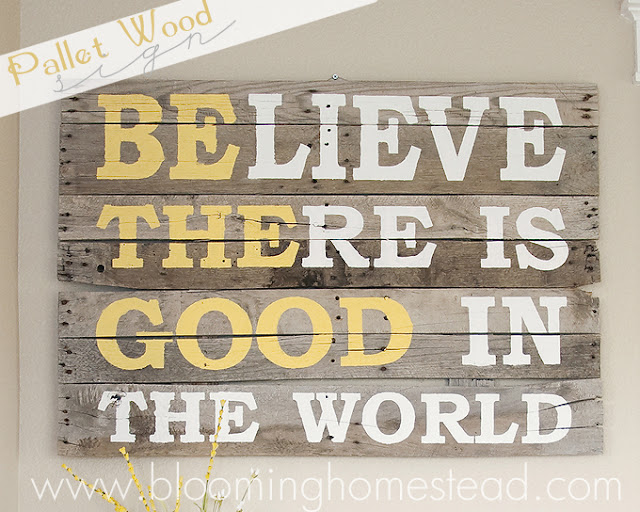 I tasked Justin with finding me pallets that I could rip apart--we got them in January but it wasn't until this weekend that I actually tackled the project. I needed some help. We were both having the most difficult time ripping the boards off the pallet, with each tug we would split the piece in two. Lucky for me I was introduced to a family that had access to pallets and a machine that took care of the hard part and sawing off the back of the nails which was PERFECT because I thought the nail heads would give it a little more of a rustic look.

The second part of the task was figuring out how to make the stencil. When you click on the link above, it not only gives you the step by step instructions on how to create the pallet sign but also how to create the stencil which was great if you had the handy dandy machine that would do the work for you which I did not! So I reached back out to Sarah at LaLa Creates, who is AWESOME to work with and she whipped it up in no time for me & it was finally time to tackle the project…

And I just love how it turned out. It isn't perfect but what in LIFE is (except my two boys!). Now the question is, where do we hang it? 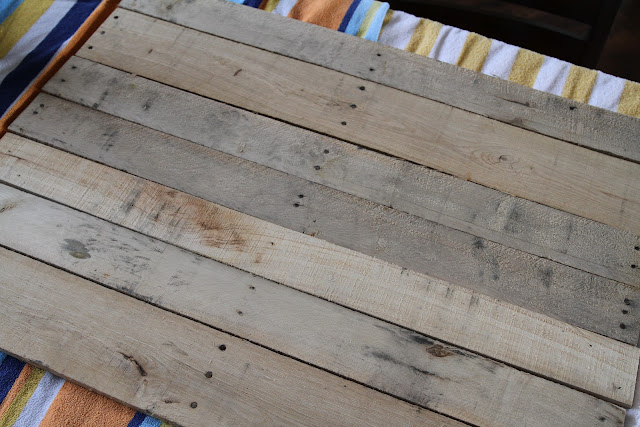 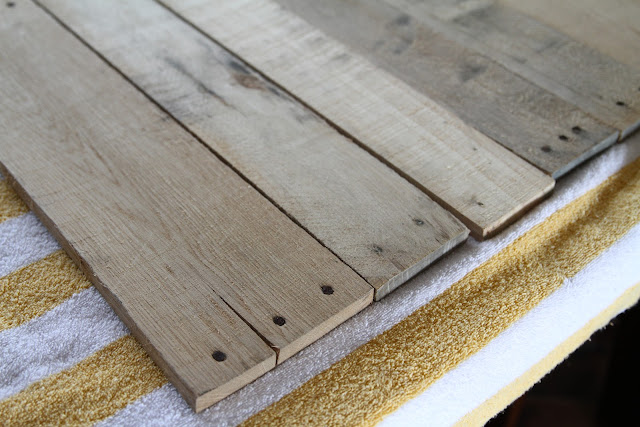 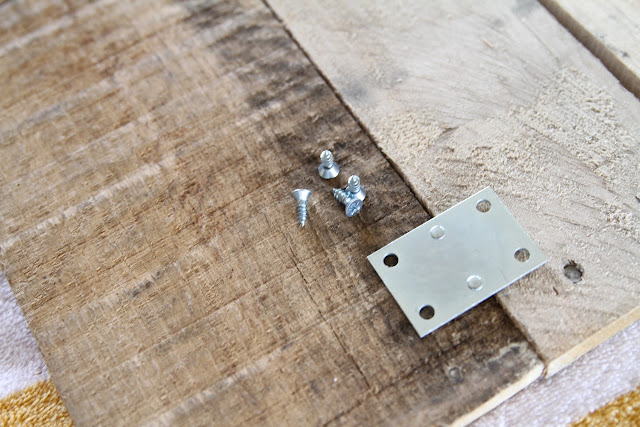 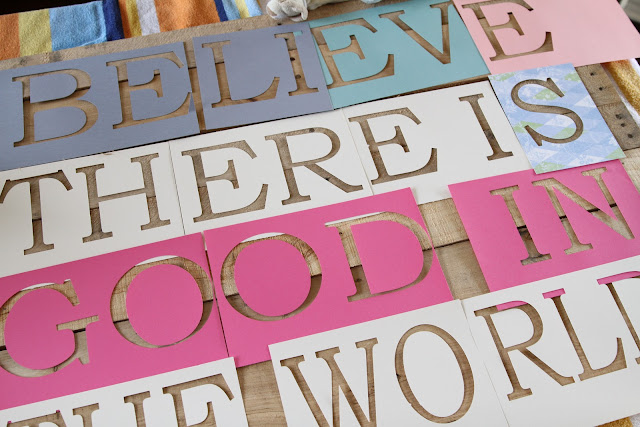 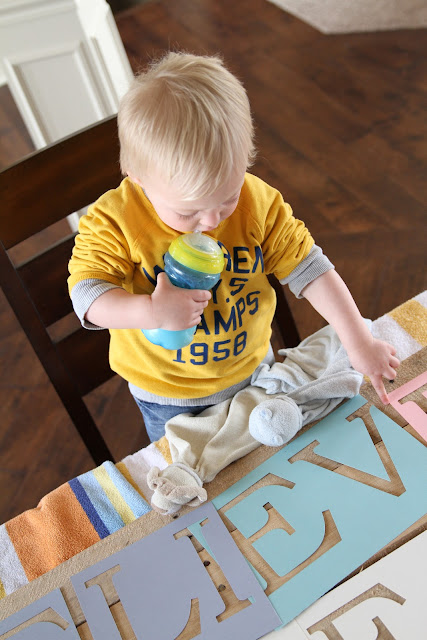 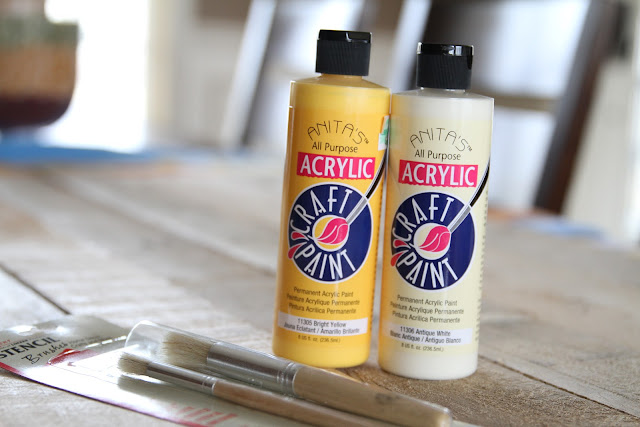 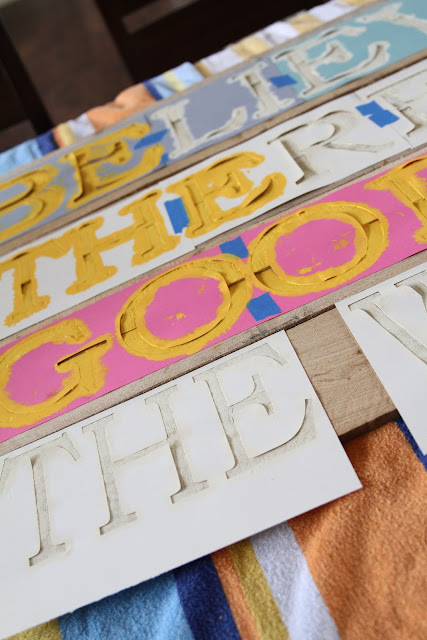 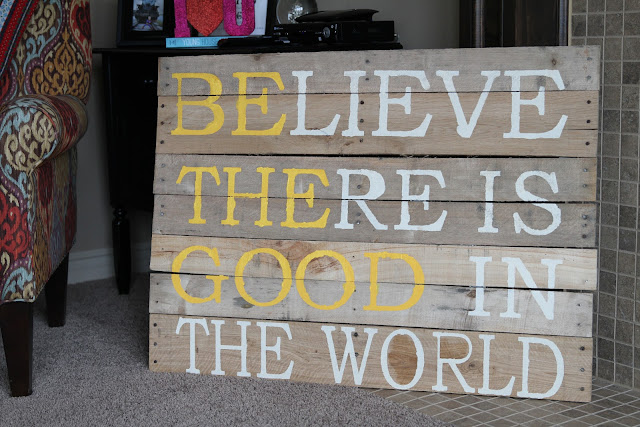 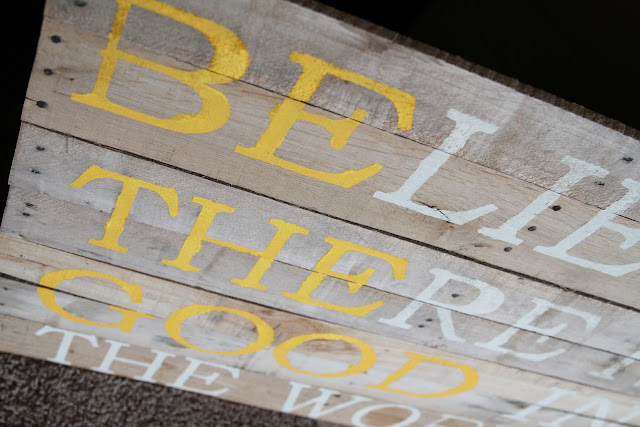